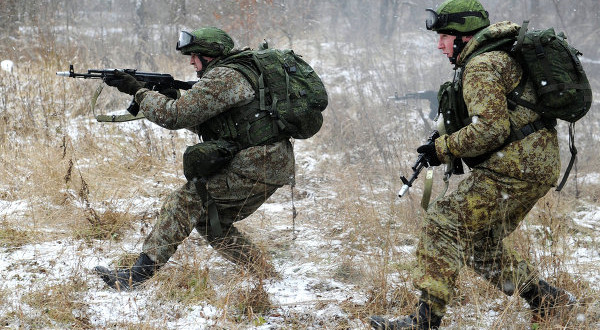 Image(s) Credit: RIA Novosti and The Truth About Guns (TTAG) 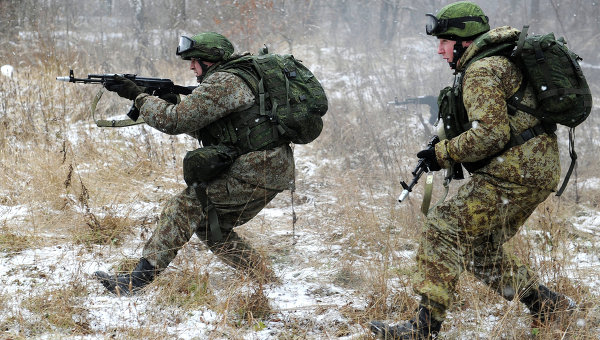 DefenseReview (DR) has been reading reports of Russian military armor improvement programs for the last few months, now, including their drive to develop “nano-armor” (nanotech armor or nanotechnology armor), including body armor vehicle armor and aircraft armor, by the end of 2015. The Russian company developing the new nano-armor is called NEVZ-Soyuz (presumably under their NEVZ-CERAMICS, CJSC division), and they’re claiming it will be “5-6 times higher than that of existing armor while the price will drop by up to 25 percent compared to existing models.” Big talk, especially since the Russian government is only devoting 145 million rubles ($4.4 mln) to the technology’s development.

Anyway, the new nano-armor will consist of ceramic armor plates. These ceramic armor plates will utilize boron carbide powder, which U.S. companies like Ceradyne, CoorsTek, Hexoloy-Saint-Gobain Ceramics and Pinnacle Armor have already been using to manufacture har armor plates for a number of years. So, that doesn’t impress us all that much. What peaked our interest, however, are reports of a new Russian army “futuristic combat suit” called “Warrior”, combined with recent reports of improved Russian military/tactical 6B43 model ceramic hard amor plates (chest and back) and tactical armor plate carriers (tactical vests) being worn by Spetsnaz (Russian Special Forces) assaulters/operators in Crimea, Ukraine. The 6B43 model plates are reportedly a titanium/boron carbide ceramic composite that’s supposedly “impervious to 5.56[mm ammo]. 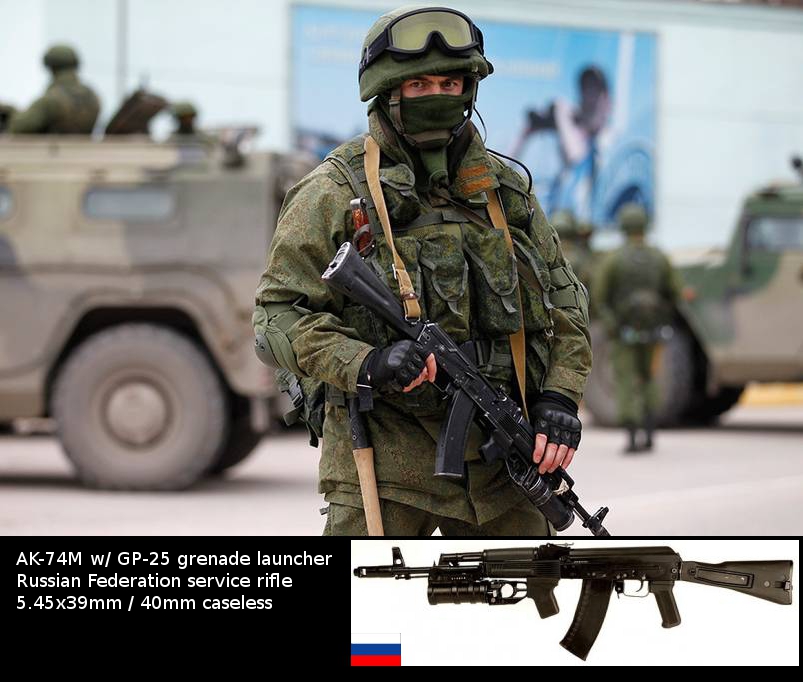 The accompanying reports of Russian army soldiers using improved Kalashnikov AKM and AK-74 rifle/carbines, steel-core 5.45x39mm Russian ammo, and KBP GM-94 43mm MGL’s (Multiple Grenade Launchers) doesn’t really concern DR. Spetsnaz’s tungsten carbide-core 5.45mm, 7.62x39mm Russian and 7.62x54R Russian ammo does, however, does cause us some concern, since its armor-penetrative capability is so great, and thus so difficult to stop, especially on multiple/repeat shots. Tungsten carbide-core rifle ammo can usually penetrate Level IV ceramic armor plates, which can only stop so many rounds at their rated level, anyway, before the plates start to fail against follow-up shots. Level V plates, which are significantly thicker and heavier, may be able to stop the tungsten ammo, but we’re not sure.

A recent Ground Report article discussed an unconfirmed report that NEVZ-Soyuz (again, most likely NEVZ-Ceramics, CJSC) “may also be developing ceramic bullets that would cost a fraction of lead based ones. Ceramic bullets would also be 10 times stronger than steal.” So that’s pretty interesting, if true.

The Washington Times recently quoted Scott Traudt of Green Mountain Risk Management saying the following: “They’ve got new grenade launchers that are awesome. The helmets are better than our helmets. The body armor is better than our body armor. They’re doing a lot of things right. I’m pretty amazed at it.” DR doesn’t necessarily concur with Traudt’s professional assessment of the Russian’s body armor and combat helmets versus ours, but the GM-94 grenade launcher certainly appears to be pretty effective at its intended purpose, cheesy promotional video aside (see below).

The Russian Tier One SF units are also running some new combat camo (camouflage), but it doesn’t look to be any better than ours (specifically Crye MultiCam camo patterns), Naval SPECWAR digital camo, or any of the latest competitors’ camo patterns).

For the record, the Russians, by themselves, don’t scare us. Our chief concern is the possibility of a future Sino (Chinese)-Russian military alliance in a World War III (WWIII) scenario. As dysfunctional as that alliance is likely to be, it would still be formidable. The combination of Russian military strategy, technology and hardware, China’s emerging economic prowess and military technological capability, both countries’ respective raw materials, industrial/manufacturing capacity/capability and immense combined population numbers, and their strong sense of nationalism is sobering, to say the least. In Defense Review’s opinion, that’s the war America should be preparing for while praying it doesn’t happen. Not only do we (the U.S.) need to maintain an adequate nuclear weapons arsenal to deter WWIII, but we also need to keep developing and fielding the most advanced conventional weapons possible, the U.S. can prevail in any conventional nation state war. 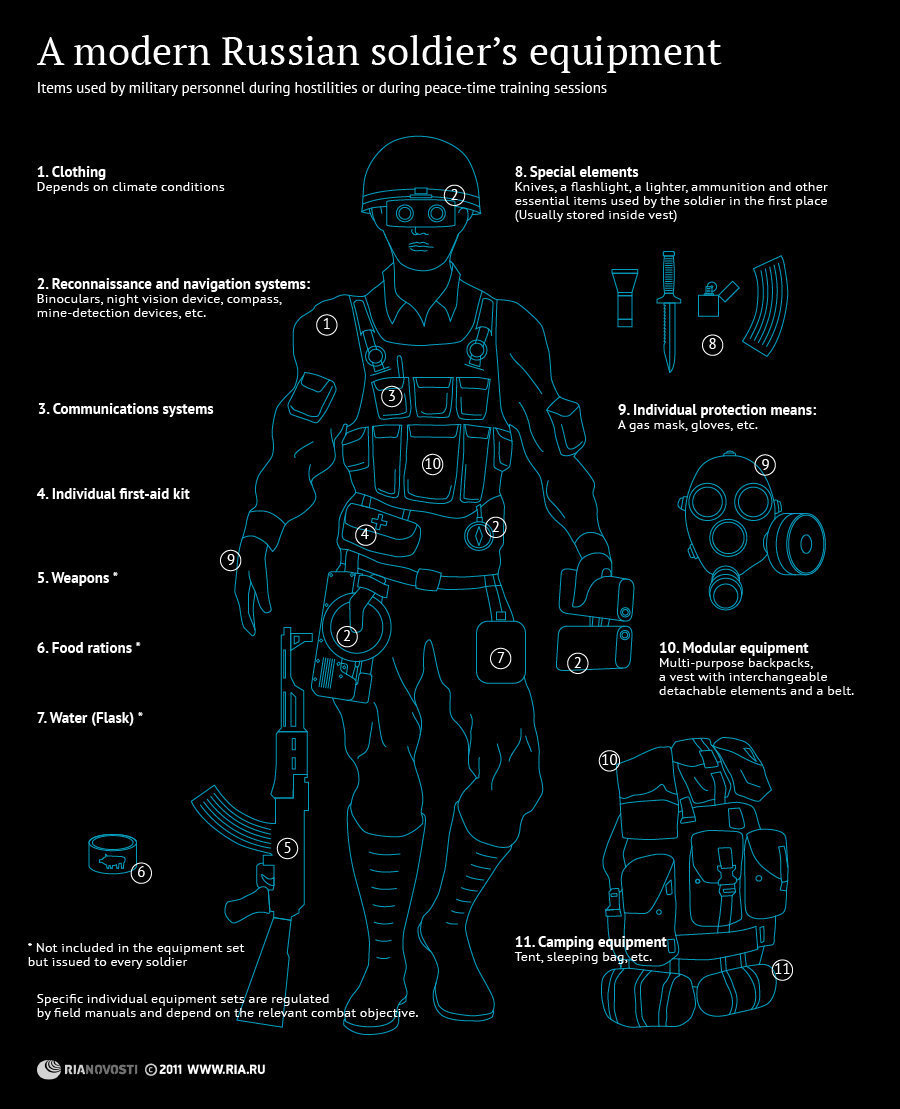 Military infantry weapons and armor technology, including infantry small arms, light weapons and body armor, are an important, and even crucial, part of the equation. Our (U.S.) infantry warfighters must remain the best-equipped in the world, and specifically geared towards defeating a Chinese-Russian combined military infantry threat. Basically our future warriors must be capable of out-shooting, generally outfighting, and ultimately outkilling their future warriors by a significant margin that’s wide enough to overcome the (personnel) numbers gap. It’s that simple.

DR would be very interested to see how Russian Special Forces personnel stack up against U.S. military Special Operations Forces (SOF) in realistic combat drills, especially in urban warfare environments. It would be particularly interesting to see how a Spetsnaz Alpha Team (or whatever Tier 1 unit is their current best) stacks up against The Unit (U.S. Army CAG/Delta) and/or U.S. Navy DEVGRU (formerly SEAL Team Six) in medium-range and dynamic CQB/CQC (Close Quarters Battle/Close Quarters Combat) gunfighting using force-on-force technology. We’ve already run Ultimate Training Munitions (UTM) rounds in dynamic CQB/CQC gunfighting training drills, and have been very satisfied with its performance. We can’t say the same for ATK Force on Force 9mm Parabellum/9x19mm NATO and 5.56mm NATO (5.56x45mm NATO) training ammo, however. So far, we’ve only run the ATK Force on Force ammo (9mm and 5.56mm) against a paper target, so far, but we look forward to running it in actual force-on-force training engagements against likewise armed opponents at some point.

Super Vest! Is this the Next Generation of Soft Body Armor?