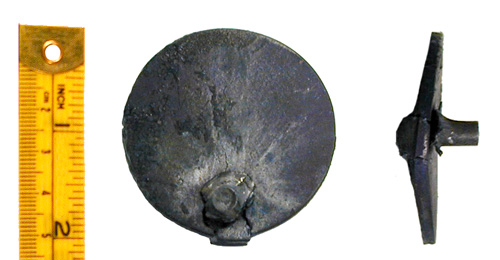 custom-configured in terms of the area of coverage, all the way up to complete torso coverage. If someone needs complete front, rear, and side protection over the entire area of the vest, Pinnacle Armor Inc. can provide this to them. If the customer wants (Pinnacle’s) multi-hit Level III or pending Level IV ballistic (a.k.a. anti-ballistic) protection (or a combination of the two) on the front and sides, with just Level IIIa and Mil-Std fragmentation protection on the back of the vest, they can do that, too. The customer can also have Level III or Level IV anti-ballistic/ballistic protection on the entire front and rear of the vest with level IIIa/fragmentation ballistic protection on the shoulder straps and sides. Any combination/configuration is possible.

So, what kind of threats can the Level III SOV-1000 (titanium composite) and SOV-2000 (ceramic composite) flexible hard armor systems protect against? This is from the Pinnacle Armor Inc. website:
"The MIL-STD SOV-1000 and 2000 Level III flexible body armor systems will defeat the following rifle rounds that normally fall into the Level IV category, and all lesser threats.
7.62 x 39 mm 125 GR, steel case mild steel core – 2300 – 2700 fps.
5.56 x 45 mm 65 GR, M855 (SS109 Green tip) – 3250 – 3900 fps."
To reiterate, this Pinnacle Armor Inc. Level III body armor is not the same as other manufacturers’ NIJ Level III body armor. Pinnacle likes to significantly exceed the NIJ standard at all protection levels, with all of its products.
The Core Technology:
Pinnacle Armor Inc.’s advanced ballistic ceramic discs/panels are extremely high-tech. They’re not just ceramic or titanium. They’re actually composed of advanced ceramic or titanium composite matrixes and laminates that can incorporate other materials. There’s even a lighter-weight metal than titanium that Pinnacle Armor is now combining with ceramic that we will not disclose, which offer’s a superior level of performance-to-weight ratio over titanium. SOV-1000 titanium composite discs/panels and SOV-2000 ceramic composite discs/panels are approximately 2" in diameter, and their anti-materiel discs, like their "atomic cookie" (discussed two paragraphs down) go up to approx. 3" in diameter. 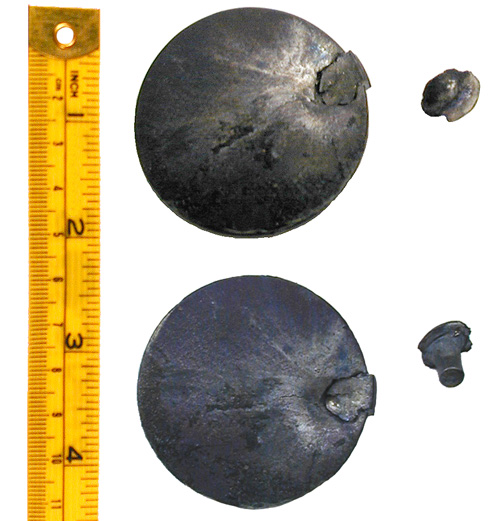 Pinnacle Armor Inc.’s most advanced ballistic hard armor, their Level IV "+" ceramic composite flexible body armor will defeat multiple hits of 7.62x51mm AP rounds, like the Winchester/Olin .308 SLAP (Saboted Light Armour-Penetrating) round, which utilizes a tungsten sabot bullet. This particular level of ballistic protection will only be available to military end-users, although it’s not available quite yet. However, it’s expected to be ready for U.S. military use in the first quarter of 2006. Understand, again, that we’re talking about Pinnacle Armor’s unique and superior version of level IV body armor/ballistic protection, not your conventional, run-of-the-mill NIJ level IV SAPI protection. Pinnacle Armor Inc’s unique Level IV "+" flexible ceramic hard armor will successfully take many more hits than conventional/standard NIJ Level IV SAPI plates, and provides coverage over a much greater surface area. In other words, it provides for more complete torso coverage, all the way up to total coverage.
Both the SOV-1000 and SOV-2000 technologies will stop military V0 and V50 threats at military V0 and V50 muzzle velocities, which is higher than NIJ muzzle velocities in the civilian world. The SOV-1000 titanium composite armor was originally designed for ground vehicle, water vessel, and aircraft applications, and offers ballistic and fragmentation resistance comparable to steel at half the weight. The SOV-2000 vest was specifically designed and developed to stop sniper rounds, and can achieve classified cababilities. The author will not disclose the nature or absolute capabilities of the SOV-1000 titanium composites or SOV-2000 ceramic composites, or what combination/matrix of ballistic fibers Pinnacle Armor Inc. is using in their vests. However, we will say that the versatility of Pinnacle Armor Inc.’s SOV-2000/Dragon Skin flexible hard armor system is now lending itself to stopping 12.7mm (.50 BMG) and Russian 14.5mm anti-tank ballistic threats for aircraft, watercraft, and ground vehicle applications. Of course, Pinnacle Armor Inc.’s composite titanium and ceramic armor technologies are far more expensive than steel armor, so up-armoring military Humvee’s (HMMWV’s), a.k.a. "Hummers" with the much superior SOV/Dragon Skin technology is perhaps still a tough sell, even though it would save even more lives than current up-armor technologies and up-armored Humvee’s (HMMWV’s) are an incredibly hot topic, right now, in the news media.
It should perhaps be noted that I’ve personally seen what Pinnacle Armor refers to as their "atomic cookie" composite disc/panel, which was designed and developed for vehicle, vessel, and aircraft applications. Specifically, it was developed to protect them against any ballistic threat up to high explosive 20mm cannon projectiles. That’s all the author can really say about the "atomic cookie", otherwise Pinnacle Armor Inc. and ARL (U.S. Army Research Laboratory) would perform anti-materiel tests on me, your humble correspondent.
What’s most amazing about Pinnacle’s SOV/Dragon Skin technology is how thin and light it is for the level of protection it provides. As far as the author is aware, no other body armor manufacturer in the world can match Pinnacle Armor Inc.’s capabilities in this regard. When you combine that with the armor’s flexibility and area of coverage, no one else even comes close, as far as we know. Pinnacle’s "scalar" hard armor ceramic disc configuration, which allows this hard armor system to flex and move with the body, is really ingenious.
Recently, I had the opportunity to visit Pinnacle Armor Inc.’s headquarters. While I was there, I got to handle some of Pinnacle’s advanced ballistic ceramic composite discs. Needless to say, I was impressed. Then, when I donned one of their SOV-2000 vests, I was even more impressed. The one I got to wear offered virtually complete level III protection on the front, back, and sides of the vest. The only area that didn’t have the Dragon Skin Level III protection was on the shoulder straps, which were Level IIIa and fragmentation resistant. 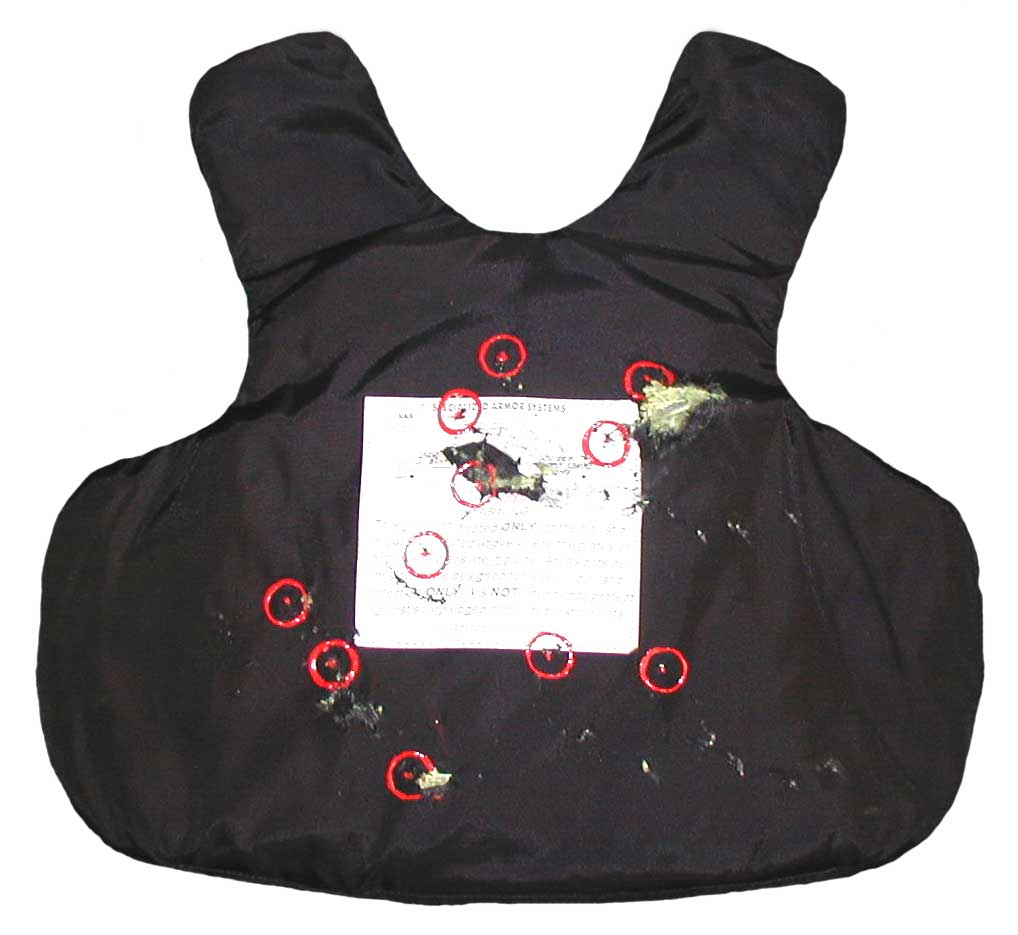 David Crane started publishing online in 2001. Since that time, governments, military organizations, Special Operators (i.e. professional trigger pullers), agencies, and civilian tactical shooters the world over have come to depend on Defense Review as the authoritative source of news and information on "the latest and greatest" in the field of military defense and tactical technology and hardware, including tactical firearms, ammunition, equipment, gear, and training.
Previous Future Force Warrior (FFW) Program Still Intact…for Now.
Next Mystery Projectile Kills M1A1 Abrams Tank, Crew Survives.