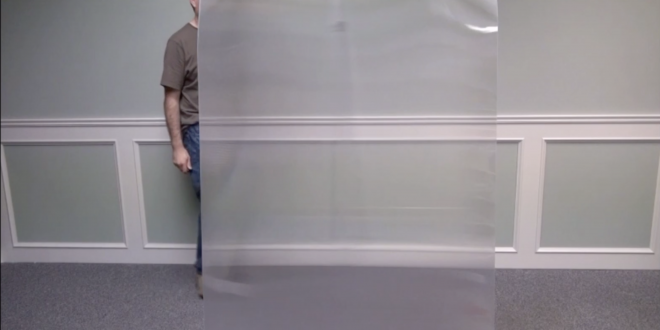 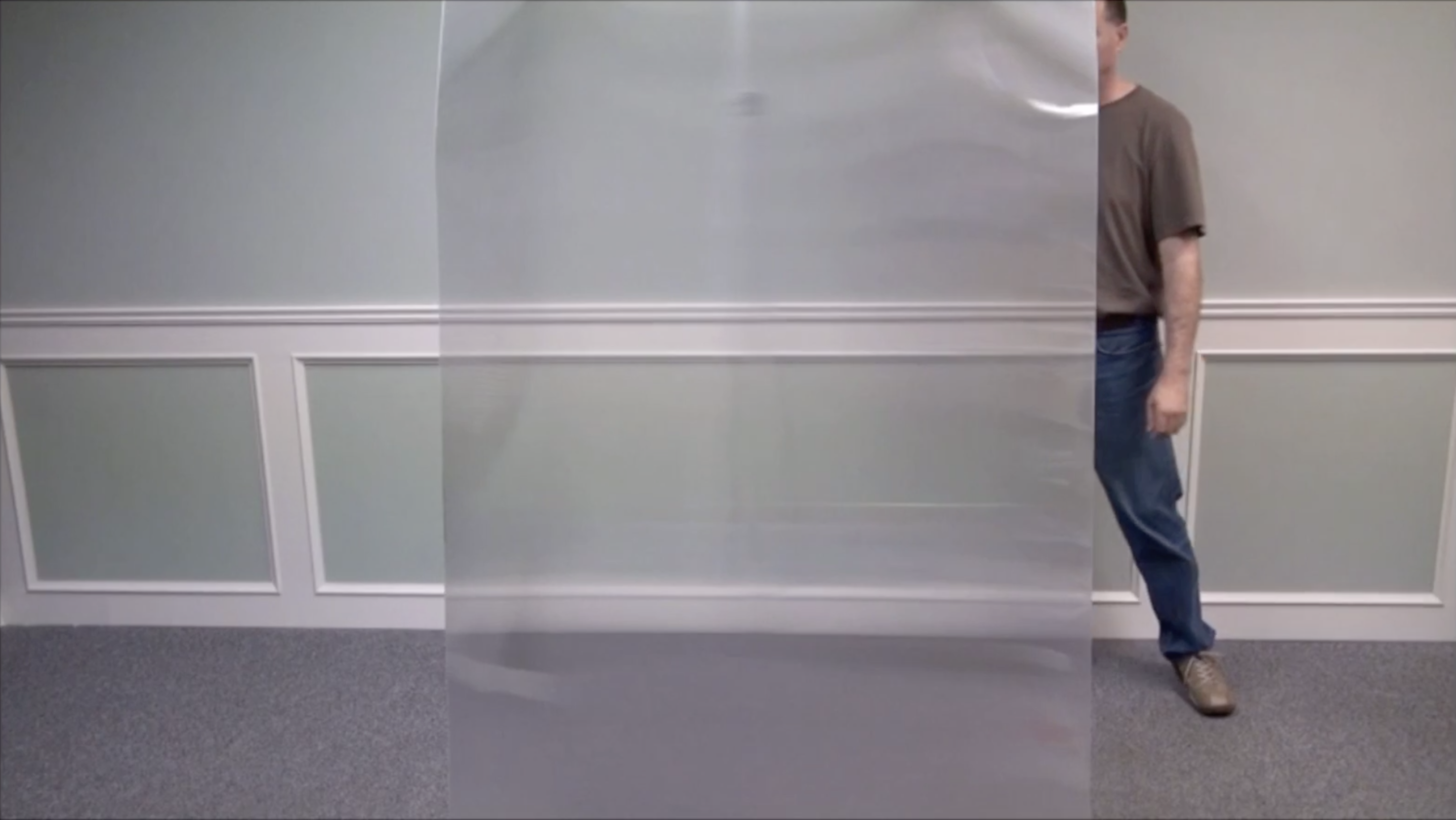 DefenseReview (DR) readers may (or may not) remember our exclusive interview with Guy Cramer about Hyperstealth Biotechnology Corp.’s Quantum Stealth light-bending multi-spectral “invisibility cloaking” (i.e., visual cloaking/stealth) adaptive camo (camouflage) technology way back in May, 2011. Well, Quantum Stealth has just gone very public and viral thanks to a recent press release that included video(s) of the technology being demonstrated and explained. Major mainstream science and technology publications like NewScientist have picked up the story, which has lead to newspapers like The Mirror picking it up, and The Drudge Report linking to it, which is BIG…but they’re only coming to it about 8.5 years after DR did…but better late than never. 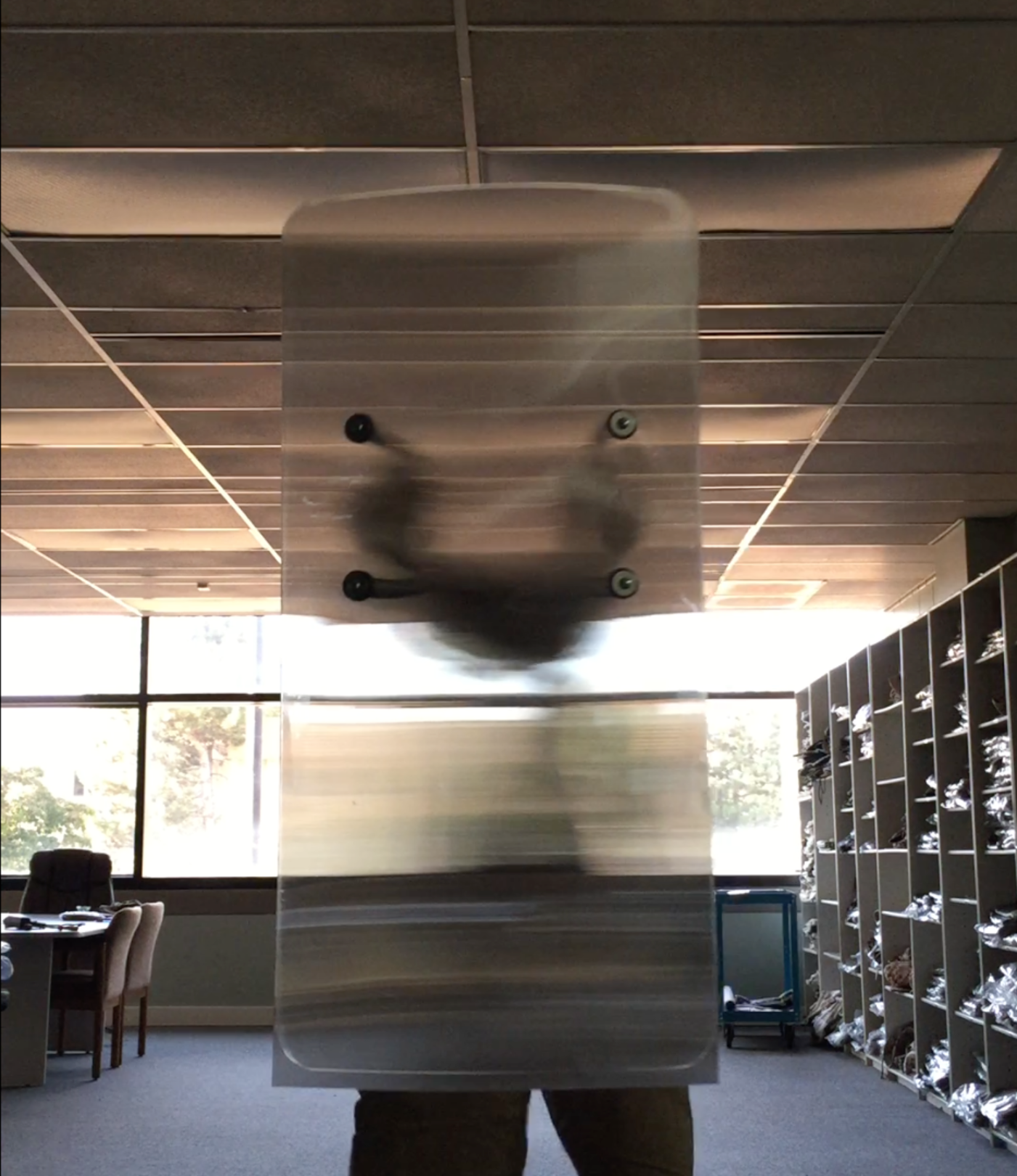 Anyway, DR spoke with Mr. Cramer by phone today, and he filled us in on a few things that apparently even publications like Wired and “The New Scientist” didn’t think to ask him about Quantum Stealth, ’cause, um, well, they’re not us.

The reason Cramer/Hyperstealth Biotechnology Corp. finally released videos and (initial) technical information on the Hyperstealth Quantum Stealth multi-spectral adaptive camo/visual cloaking tech is because they’ve now filed for patent (multiple patents, actually), so they’re now protected in that sense. That said, does the Chinese (or Russian) government/military really care about patents? Probably not. Anyway, the primary patentable aspect of Quantum Stealth is configuring/positioning lenticular lenses back to back, thereby “creating an entirely new type of lens by doing so,” according to Cramer. Currently, Hyperstealth can fit about 100 lenses per square inch, as it’s easier to work with this amount, but they’re currently working on getting up to about 200. Current weight is approximately one (1) pound per square foot, but the goal is to get the weight down to a small fraction of that. 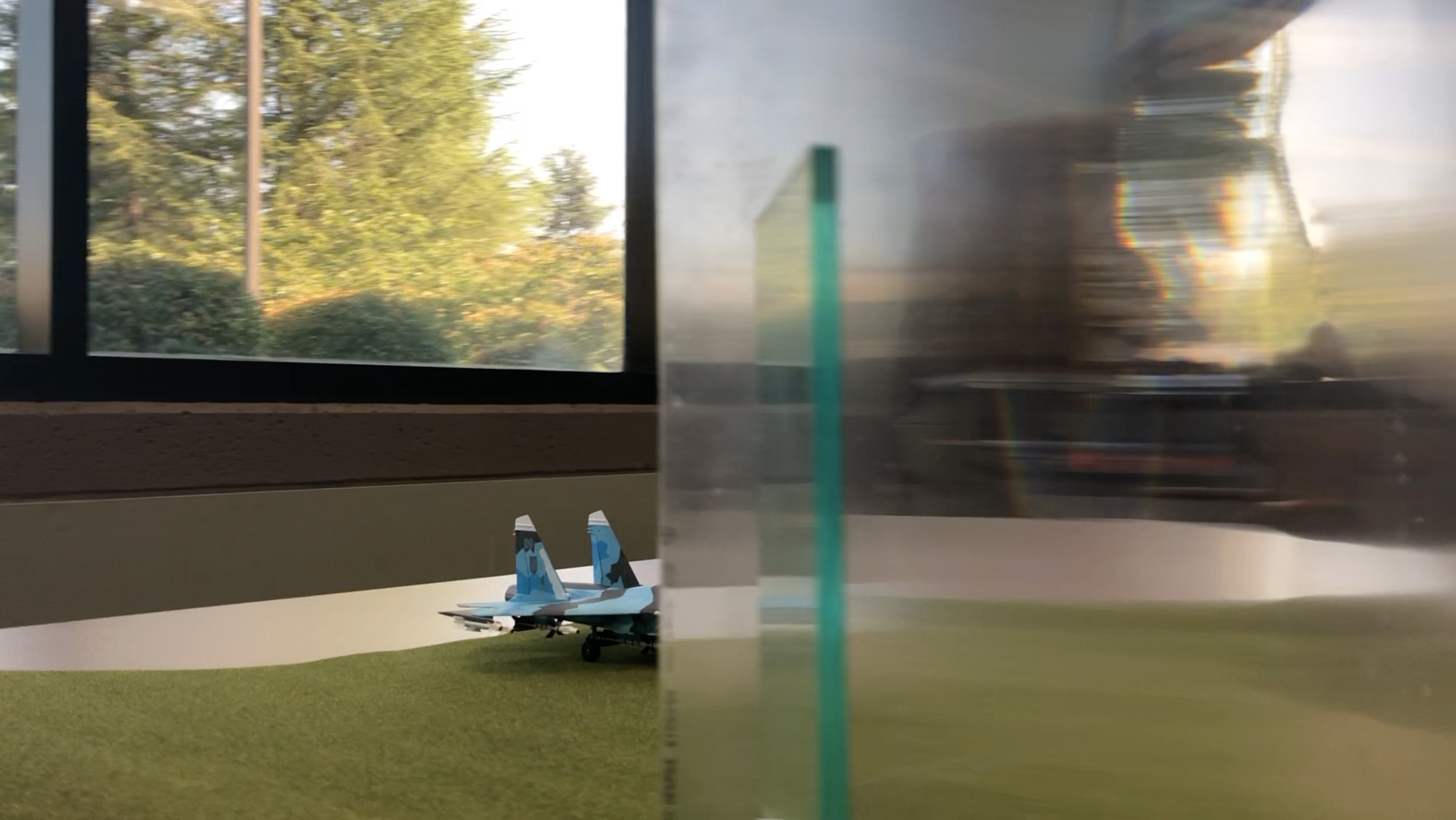 Quantum Stealth’s current weight and standoff requirement (and we’re guessing, durability) means it can’t be applied to standard/winged military aircraft skin, including fighter jet aircraft. However, it CAN be applied to rotary aircraft like helicopters and UAS/UAVs (Unmanned Aircraft Systems/Unmanned Aerial Vehicles).

Quantum Stealth is true multi-spectral (adaptive) camouflage, in that it It bends near-infrared (night vision) and shortwave infrared, ultraviolet light, and visible light, and even blocks thermal/IR (Infrared). Pretty impressive, and a requirement if we ever have to fight major powers like China and/or Russia in a World War III nation-state warfare showdown, which could happen. 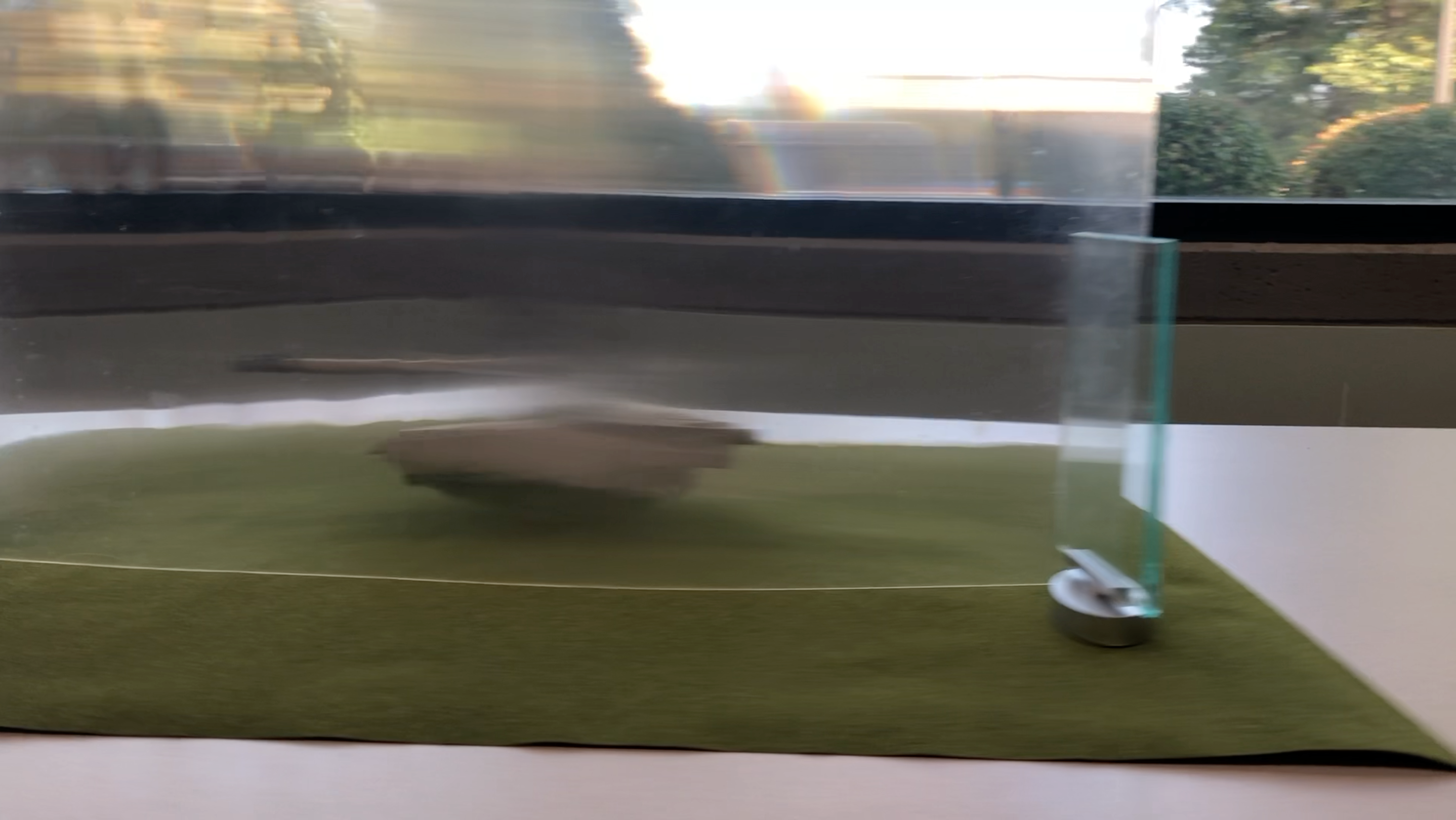 The standoff distance required for Version 1/2 of the Quantum Stealth light-bending material to be effective is about fifteen (15) inches for full invisibility cloaking of a human-sized object, and about twelve (12) feet for an M1 Abrams MBT (Main Battle Tank). However, Version 13 reduces that required standoff distance to about two (2) inches and two (2) feet, respectively. Current thickness is roughly that of two pieces of cardboard stacked back to back. So, now, hiding aircraft (on the ground), tanks, ground vehicles, tents, buildings and entire military bases becomes possible, and will negate the need for building hardened protective structures in many cases. 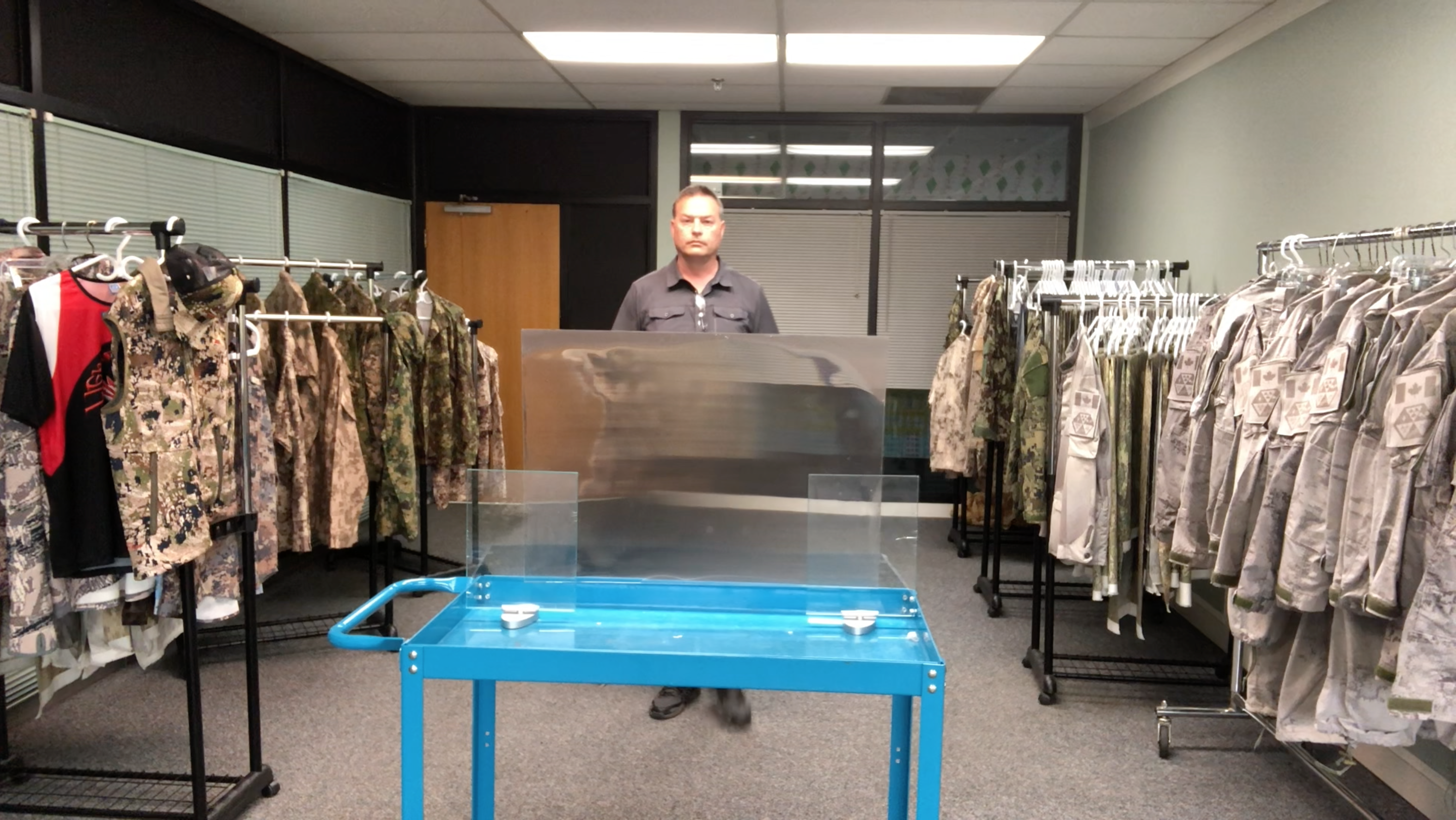 The goal for U.S. Military BDU’s (Battle Dress Uniforms) is to be able to cover them with a lightweight Quantum Stealth parachute-type material, like a flight suit or jumpsuit. Of course, the face/head and helmet will also have to be covered with the material, and the primary challenge will be allowing the solidier/warfighter to be able to breathe, see and hear, without the enemy seeing him/her.

You can also project video and still images onto the Quantum Stealth material, which means you can create decoys and diversions, confusing the enemy, and causing them to devote major resources to fighting a nonexistant force, a mirage, if you will. Considering how potentially revolutionary Quantum Stealth is for future warfare applications, Cramer frankly can’t believe the Canadian and US governments didn’t classify it before it got to this stage, and was publicly released. This leads to Cramer’s primary concern: that enemy military and criminal organizations will somehow be able to get their hands on it, use it against us (United States and Canada), and wreak havoc. It’s a legitimate concern. So, let’s hope it doesn’t happen.

© Copyright 2019 DefenseReview.com. All rights reserved. This content/material may not be republished, broadcast, rewritten or redistributed without first receiving permission and providing proper credit and appropriate links.

David Crane started publishing online in 2001. Since that time, governments, military organizations, Special Operators (i.e. professional trigger pullers), agencies, and civilian tactical shooters the world over have come to depend on Defense Review as the authoritative source of news and information on "the latest and greatest" in the field of military defense and tactical technology and hardware, including tactical firearms, ammunition, equipment, gear, and training.
Previous “BRAIN WARS”: The Truth about PTSD, and How Veterans Can Overcome It’s Grip
Next The Build Episode III: Mike Keenan’s M4A1-Type Tactical AR-15 Carbine Work-Gun Clone Build, and Jeff (Gurwitch) and Mike’s 15 Rounds of Fury Shooting Drill! (Video!)