Back in March, DefenseReview reported on the Stealth Technology System (STS) being developed at Advanced American Enterprise (AAE) in our article titled Is Cloaking Technology for U.S. Infantry Warfighters Finally Possible? STS utilizes a form of electro-optical camouflage (referred to also as optical camouflage, adaptive camouflage, active camouflage, chameleonic camouflage, and cloaking technology). Advanced American Enterprises (AAE) AAE uses the term "invisibility stealth" to describe the effect of their tech, which, according to them renders an object, person, or vehicle 85-100% invisible to the human eye or video camera in the visible spectrum (visible light) as soon as you flip the switch to "on", even while the cloaked item is moving.
If true, i.e. if the technology actually works as advertised, that’s pretty cool on its own. However, Advanced American Enterprise (AAE) claims that the… 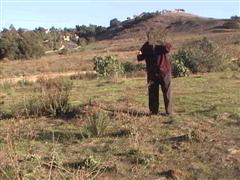 The technology does have limitations. AAE states in their literature that the Stealth Technology System’s minimum effective distance is 20 ft for both Visibility Stealth and IR Stealth. In other words, the observer or detection device has to be at least 20 feet away from the cloaked object. 20" is still awfully close for someone not to be able to spot an APC or MBT (Main Battle Tank). DefenseReview is therefore skeptical about AAE’s rather extraordinary claims regarding their technology’s capabilities, especially since we haven’t yet seen a live demontration of the technology, ourselves. Having said that, AAE states that it is willing to conduct a live field demonstration of the STS tech "where a person rises and shoots blanks at observers and camcorder at more than 20 feet way without being spotted by the observers or by the camcorder" for prospective customers. Hmh. DefRev would certainly like to be present with our own camcorder at any such demonstration of the technology. That would go a long way at assuaging our natural skepticism. In the meantime, we’d at least like to obtain some high-quality video footage of STS in action. 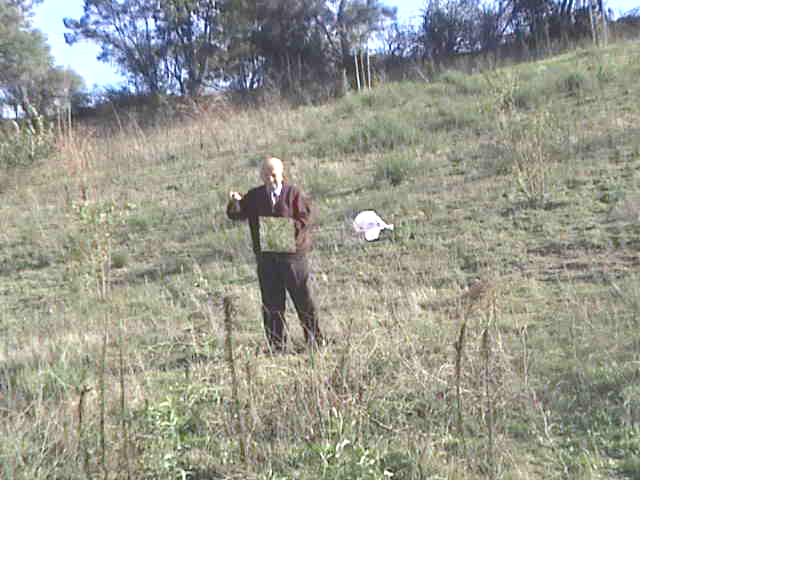 And here’s the kicker: STS is shockingly lightweight, according to the company. When Defense Review asked the inventor, Dr. Rashid Zeineh (a.k.a. Dr. Z) how much weight STS would add to an iRobot PackBot UGV (Unmmaned Ground Vehicle)/Robot or Foster-Miller Weaponized Talon Robot/SWORDS (Special Weapons Observation Reconnaissance Detection System) UGV, he replied "Less than 2 lbs. That’s as specific as I want to be." We should note that we pressed Dr. Zeineh for further exposition on this statement, but he didn’t crack.

It should perhaps be noted that the AAE literature also states that STS is viable for EOD operations (Explosive Ordnance Disposal operations), specifically with regard to IED (Improvised Explosive Device) neutralization missions, and can mitigate the threat of death by RPG (Rocket-Propelled Grenade). 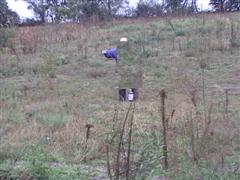 Right-Click here and then click on "Save Target As" (Microsoft Internet Explorer) or "Save Link As" (Mozilla Firefox) to read the latest AAE Stealth Technology System (STS) fact sheet titled Reducing American IED Casualties in Iraq by Visibility-Stealth Concealment of Vehicles (title corrected for syntax). This is the version that disusses both STS’ "Visibility-Stealth" AND "IR-Stealth" capabilities, and contains 14 photos (more photos than have ever been shown before) of the technology at work.
If you’d like more information on the Stealth Technology System (STS), you can contact Advanced American Enterprise (AAE) by phone at 714-287-0490, by fax at 714-870-6385, or by email at [email protected].
Previous DefRev Articles on STS:
Is Cloaking Technology for U.S. Infantry Warfighters Finally Possible?
Cloaking Tech Continued: STS Optical AND Thermal/IR Camouflage for Warfighters by David Crane

David Crane started publishing online in 2001. Since that time, governments, military organizations, Special Operators (i.e. professional trigger pullers), agencies, and civilian tactical shooters the world over have come to depend on Defense Review as the authoritative source of news and information on "the latest and greatest" in the field of military defense and tactical technology and hardware, including tactical firearms, ammunition, equipment, gear, and training.
Previous Dr. Sydney Vail’s Report on LeMas BMT Ammo (Live Animal Tests)
Next DefRev Exclusive: KAC Introduces 6mm PDW for Special Operations Applications