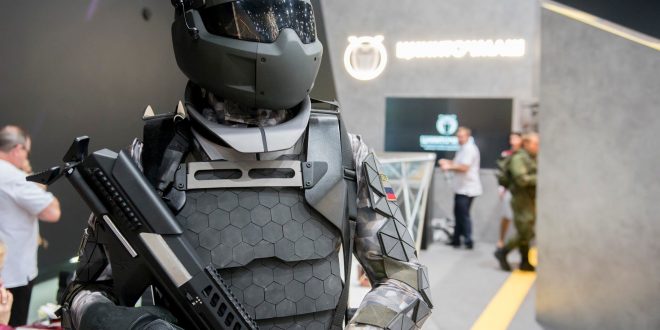 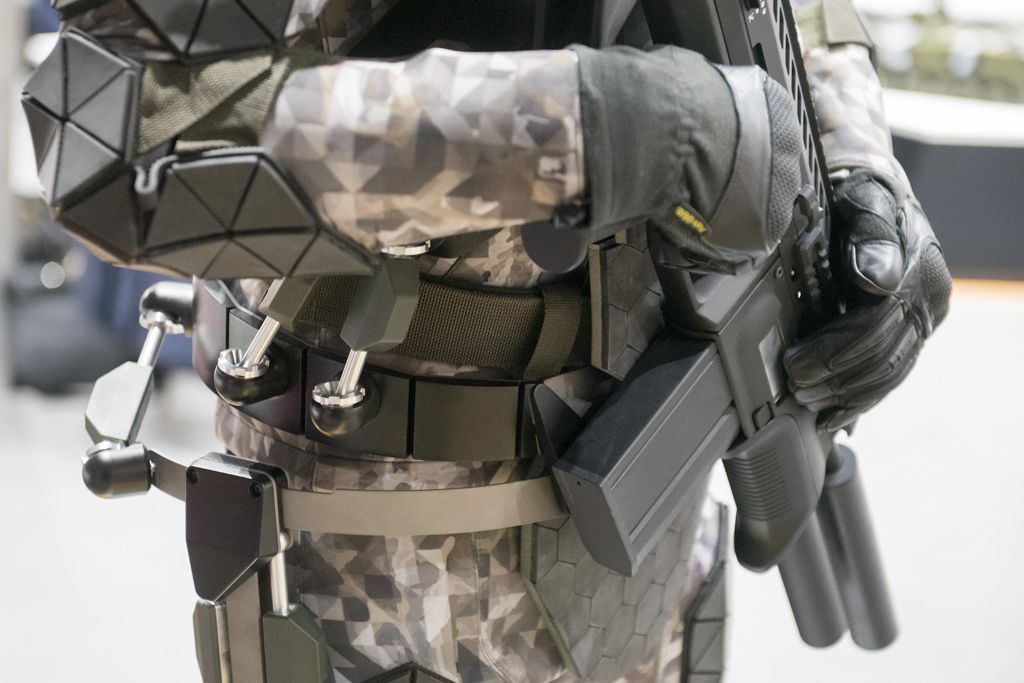 DefenseReview’s (DR) been covering adaptive camouflage/visual cloaking technology for many years now. One of our more interesting pieces (if we do say ourselves) is our interview piece with Hyperstealth Biotechnology Corp. CEO Guy Cramer about Hyperstealth Quantum Stealth (QS) adaptive camo (camouflage) tech in May, 2011, which was a real eye opener for us. That interview really got our imagination going, and made us wonder about how close the US military is to actually integrating it into soldier suits and vehicle exteriors.

Well, a little over 7 years later (MAN, time flies), the Russkies (80’s lingo for Russians) are reportedly about to demostrate their own adaptive camo/cloaking tech, or “stealth camouflage”, along with a “Chameleon Helmet“, for soldiers that was developed by Rostec, a Russian military defense contractor. The new stealth camouflage tech, developed for the Russian Ratnik-3 future soldier program, can also be applied to vehicles. The TASS Russian News Agency recently published an interesting propaganda piece on Rostec’s stealth camouflage tech, claiming the new adaptive camo “changes its pattern and color depending on the environment and will be used as coating for military hardware and the soldiers’ outfits.” 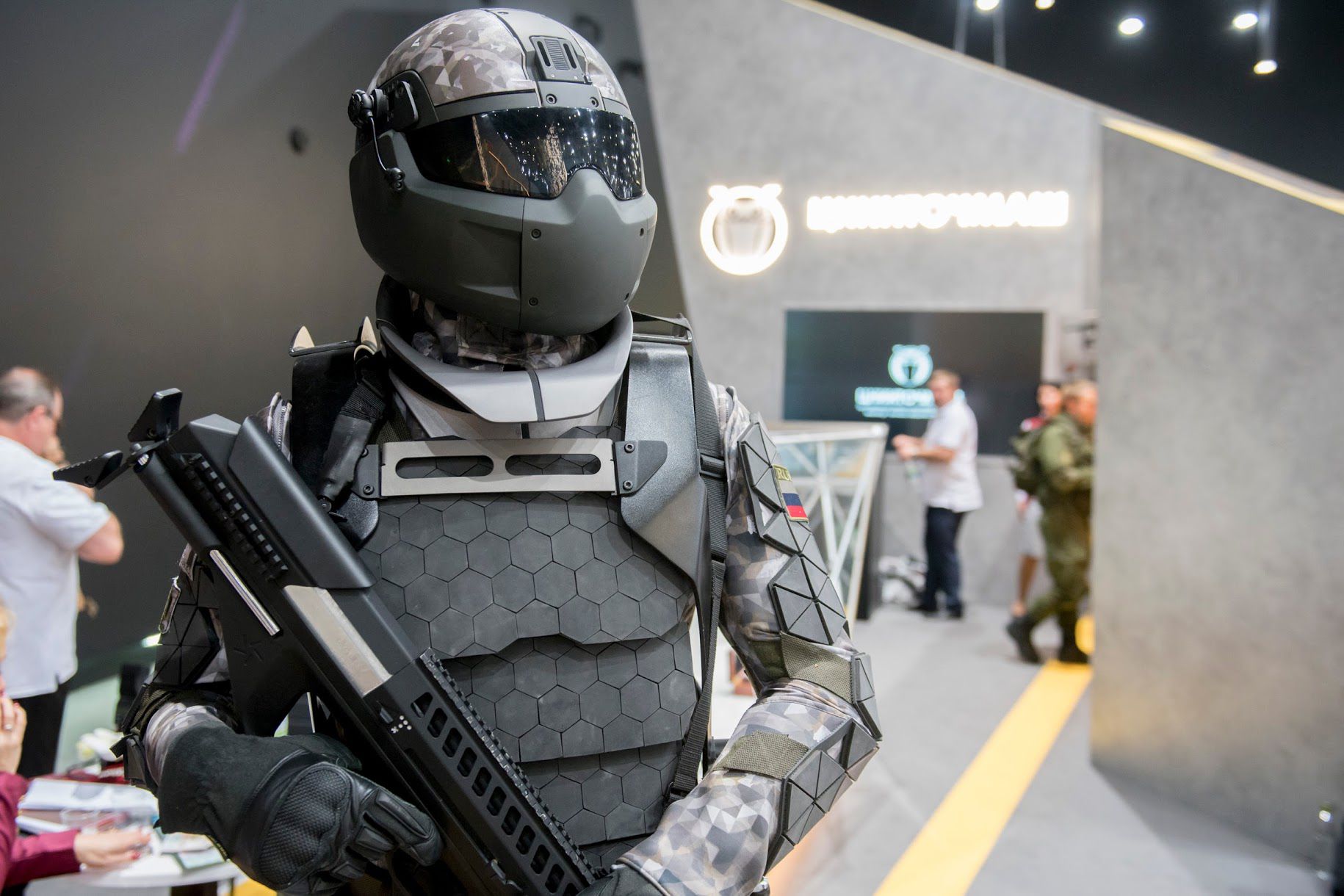 Rostec CEO Sergei Chemezov told TASS that the company will demonstrate it at the Army-2018 international military and technical forum near Moscow. “At the Army-2018 forum, Rostec will demonstrate a prototype of the electrically-controllable material that can change its color depending on the surface that needs to be camouflaged and on the environment. The coating can reflect color changes and imitate complex graphical depictions, up to the leaves wavering in the wind,” Chemezov said.

That’s pretty big talk, even for a Russian. Chemezov went on to say that “the possibilities of using the coating are much wider. In the future, it may be applied to whatever it is: clothes, arms, combat hardware.” Cocky? Sure. Scary? Absulutely. True? We’ll see.

Let’s just hope the Russians don’t share their new “stealth camouflage” tech with the Chinese. Let’s also hope that Hyperstealth’s Quantum Stealth adaptive camo/cloaking tech actually works as claimed, and is already being successfully tested for US military warfighter/soldier suits, vehicles and aircraft, and can at least match the Russian tech, if it doesn’t exceed it. Otherwise, the Russians are about to get even scarier for us, and much tougher to deal with on the battlefield.

DR wonders if Rostec’s stealth camouflage tech also cloaks a soldier’s or vehicle’s thermal/IR (Infrared) and SWIR (Short Wavelength InfraRed) signatures. Let’s hope the US military or intelligence services can capture and test it (or at least information about it) before we actually have to face it on the battelfield.

Defense Review will try to stay on top of this one, so stay tuned. In the meantime, Popular Mechanics also has a piece on it, so check it out.

David Crane started publishing online in 2001. Since that time, governments, military organizations, Special Operators (i.e. professional trigger pullers), agencies, and civilian tactical shooters the world over have come to depend on Defense Review as the authoritative source of news and information on "the latest and greatest" in the field of military defense and tactical technology and hardware, including tactical firearms, ammunition, equipment, gear, and training.
Previous Improving your Glock for under $100 Part II: Connectors, Sights and Magpul Magwell!
Next Rostec Active and Passive Exoskeleton Technology in the Works for Russian Military Ratnik-3 Future Soldier Program