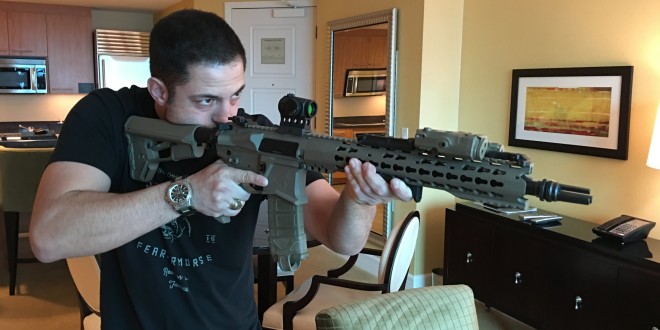 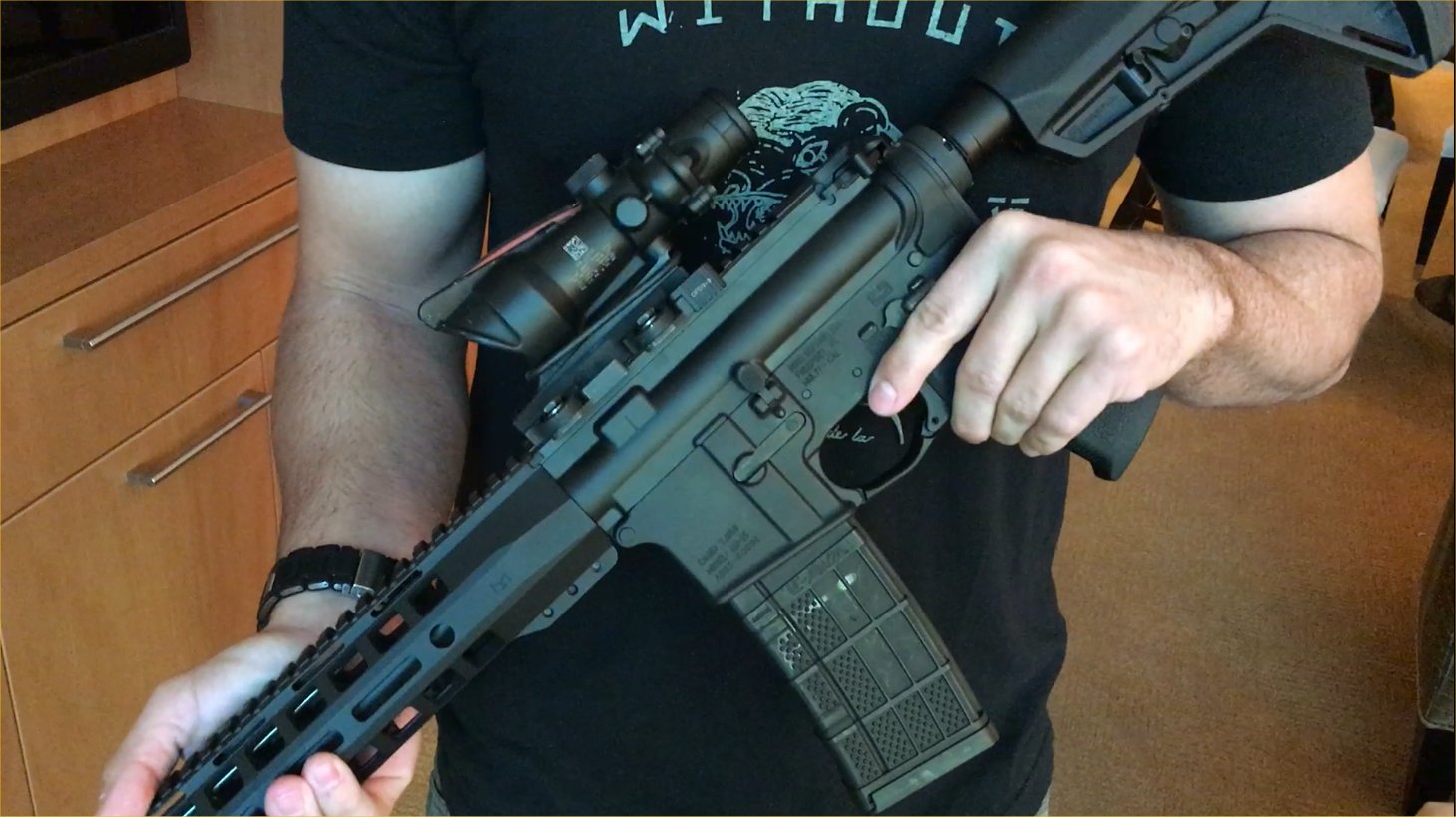 As if a really interesting and utilitarian new (suppressed) combat/tactical pistol holster wasn’t enough, Nous Defion/Arsenal Democracy also showed DefenseReview (DR) their latest 5.56mm NATO (5.56x45mm NATO)/.223 Rem./300 Blackout (300BLK) tactical AR (AR-15) rifle/carbine/SBR’s (Short Barreled Rifle) at SHOT Show 2016. They come in the form of the AD-16 with billet lower receiver, and AD-15 with forged lower. The AD forged lower is a brand new lower, and helps bring the cost of the AD-15 under the magic $1500 USD threshold. In fact, the standard AD-15 carbine/SBR package wil apparently come in below $1400 UD, if you can believe it. The AD-16 (billet lower), is a bit pricier around the $2,000 USD range. Both models can be had with the Arsenal Democracy F117 (also written F-117) Ambi (Ambidextrous) 45/90-degree Safety/Selector Switch, Ambi Mag Release (AMR) Button/Lever, and either a KeyMod or M-LOK tactical handguard/rail system, all designed and developed in-house. 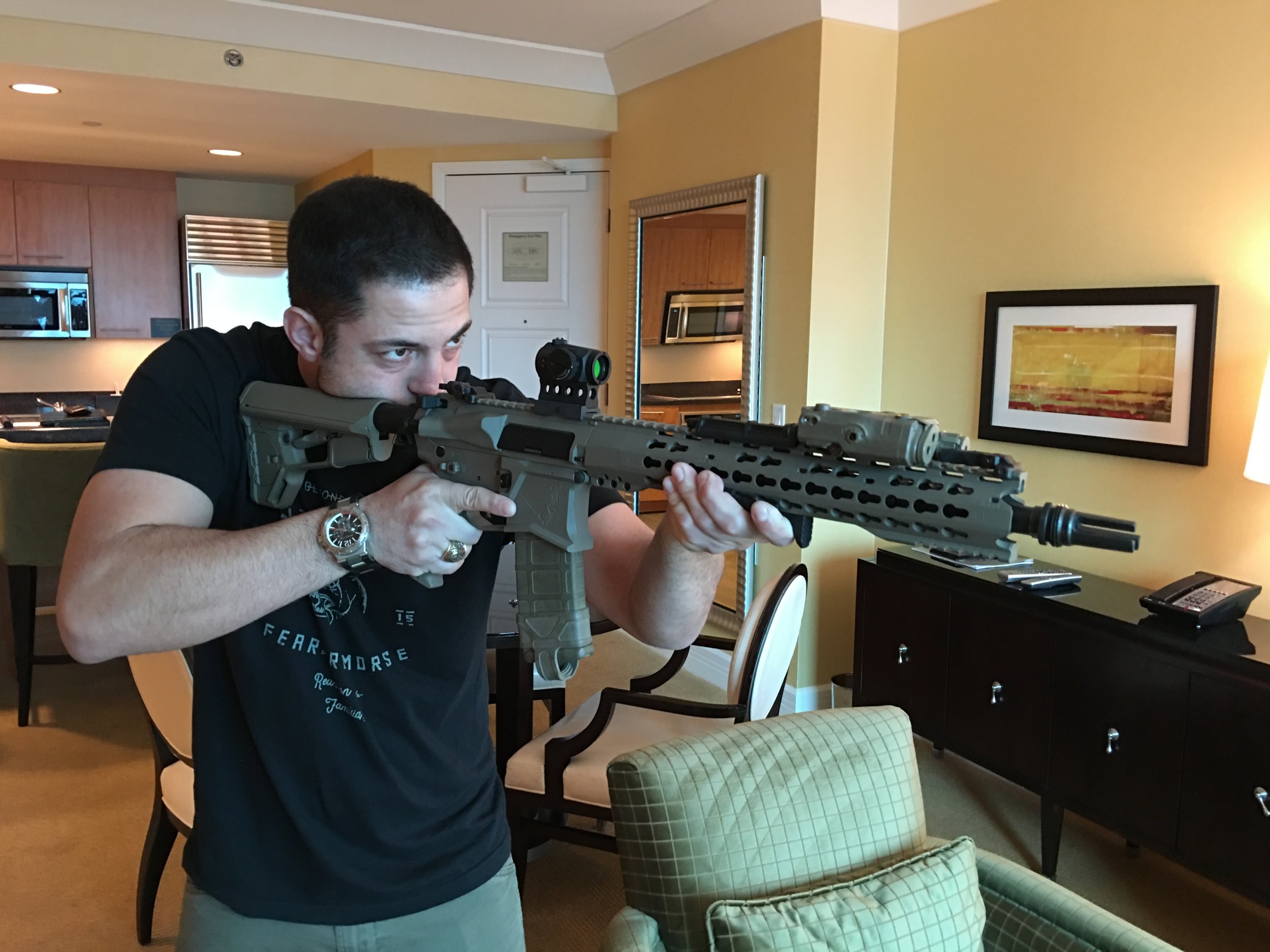 For the barrels, Arsenal’s teamed up with Ballistic Advantage, whom DR met at SHOT Show 2016 at their booth. Nice guys. The Ballistic Advantage barrels we examined at SHOT looked very well made, and Arsenal’s head honcho Dave Pavlick told us they’re very accurate, and, so far, he’s very satisfied with their overall performance, including accuracy, durability and quality of workmanship. The Ballistic Advantage barrels in the Arsenal Democracy guns are all Melonited, i.e., salt bath nitrided/carbo-nitrided/nitro-carburized for corrosion-resistance/rust-proofing. Meloniting is essentially the American equivalent of Glock’s Tenifer metal treatment, and replaces chrome lining. We assume the chambers are also Melonited.

The AD-15 forged lower (lower receiver) looks high quality and is still nice looking, although it’s not as interesting looking as the AD-16 billet lower, which can be more intricately and interestingly cut for a more unique visual aesthetic. 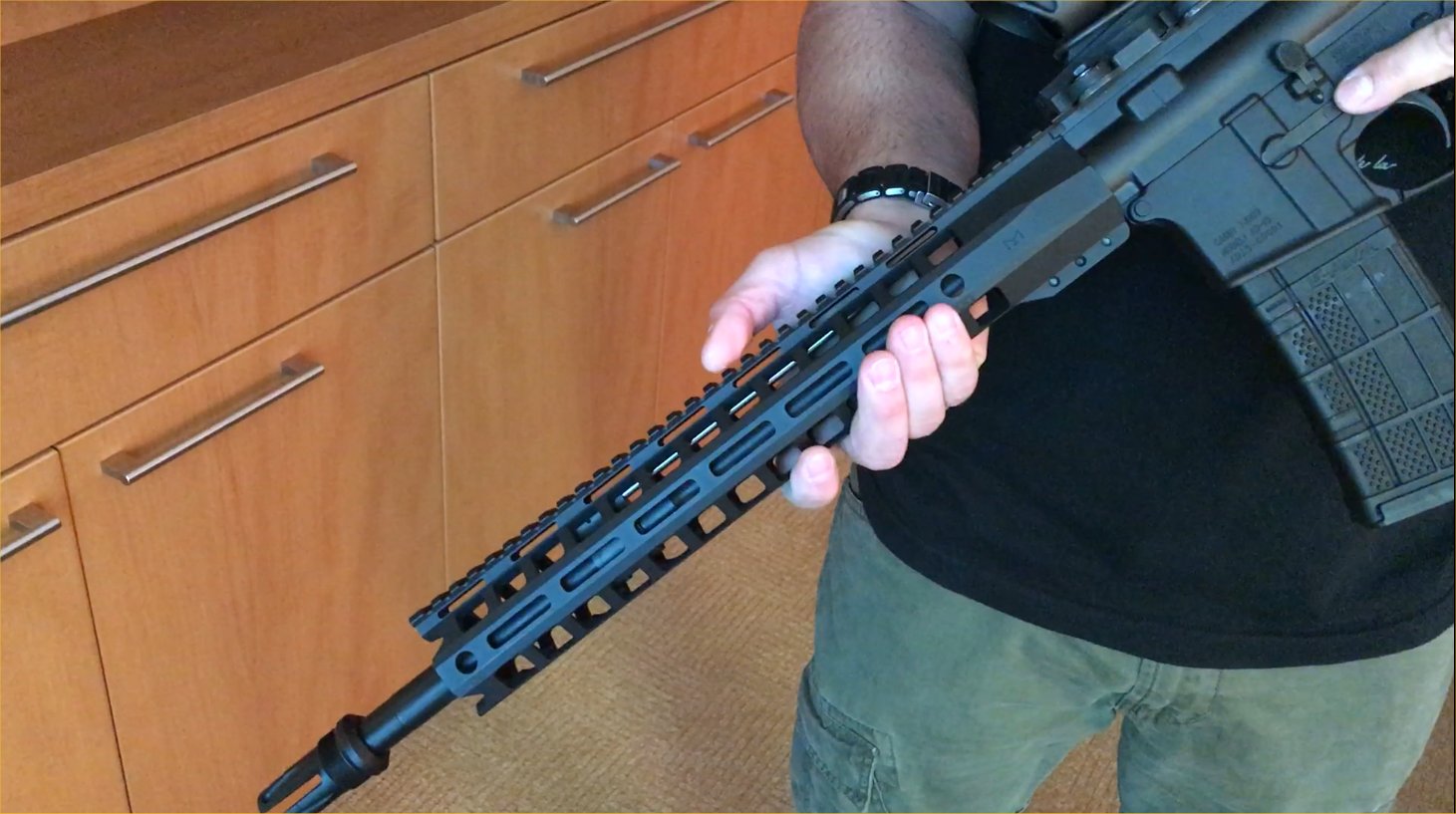 Regardless, the AD-15 and AD-16 are really nice as is, and definitely worth considering by anyone looking for a high-grade, feature-rich boutique tactical AR rifle/carbine/SBR that’s good to go as a fighting gun, right out of the box. Premium features and tactical AR accessories like a Cerakote Micro-Slicked BCG, Primary Weapons Systems PWS EBT MOD 2 Buffer Tube (with what we presume is a PWS tungsten powder heavy buffer of some sort), MagPul ACS-L Carbine Stock Mil-Spec (AD-16) or MagPul MOE-SL Carbine Stock Mil-Spec (AD-15) and Silencerco Trifecta Open-Prong Pingless Flash Hider/Mount round out the respective packages, depending on the model and how much the end-user is willing to spend. 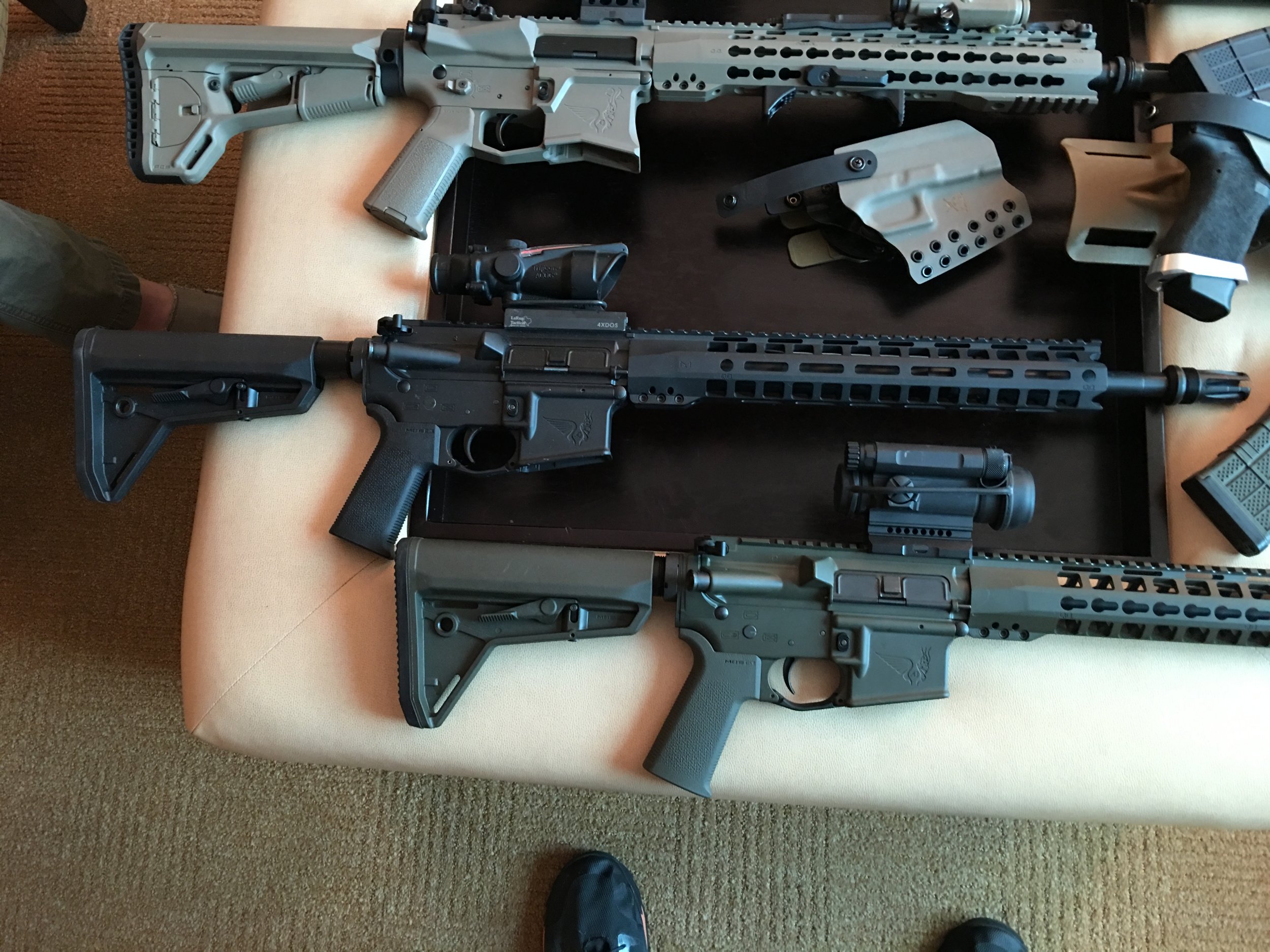 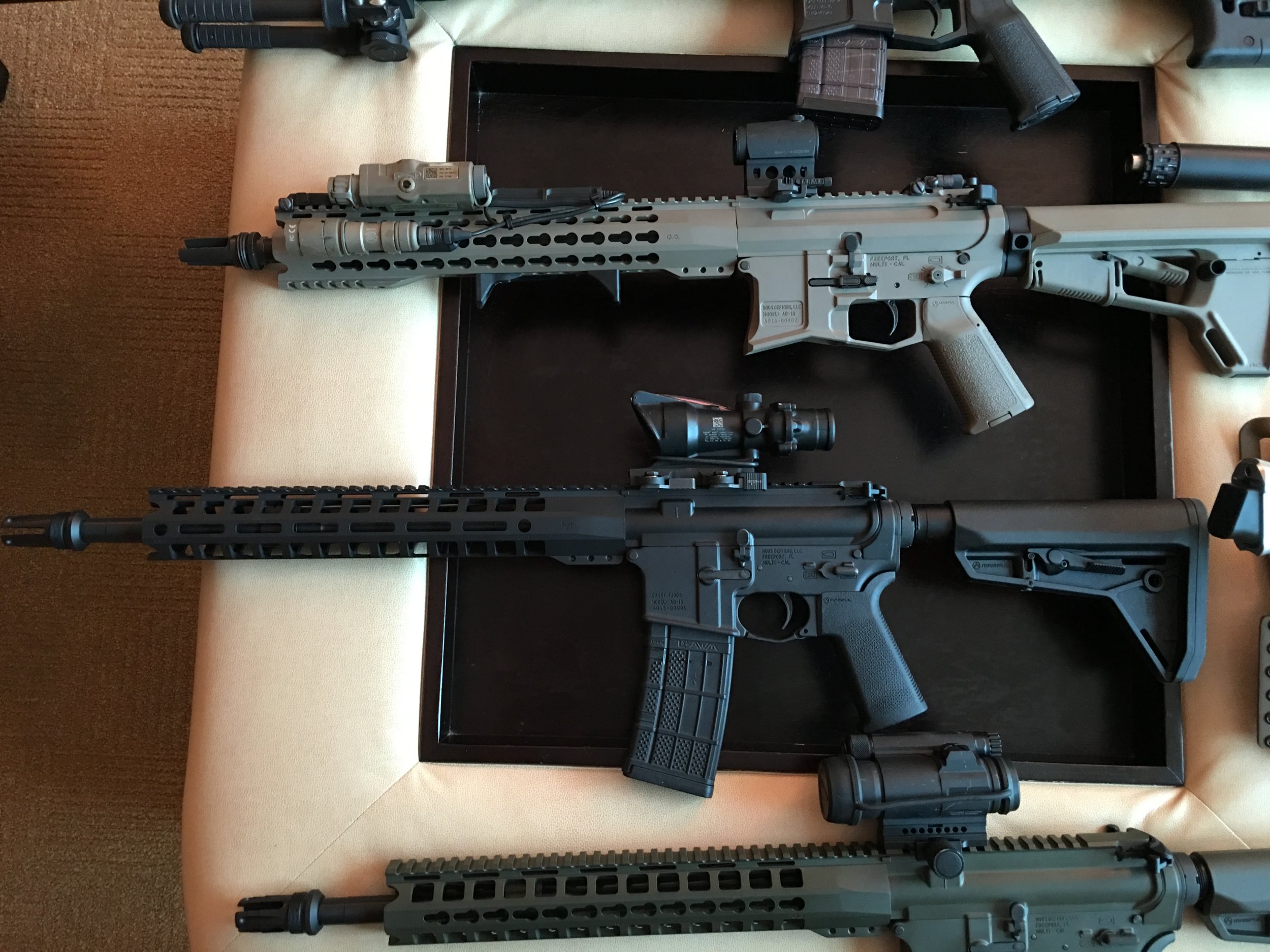 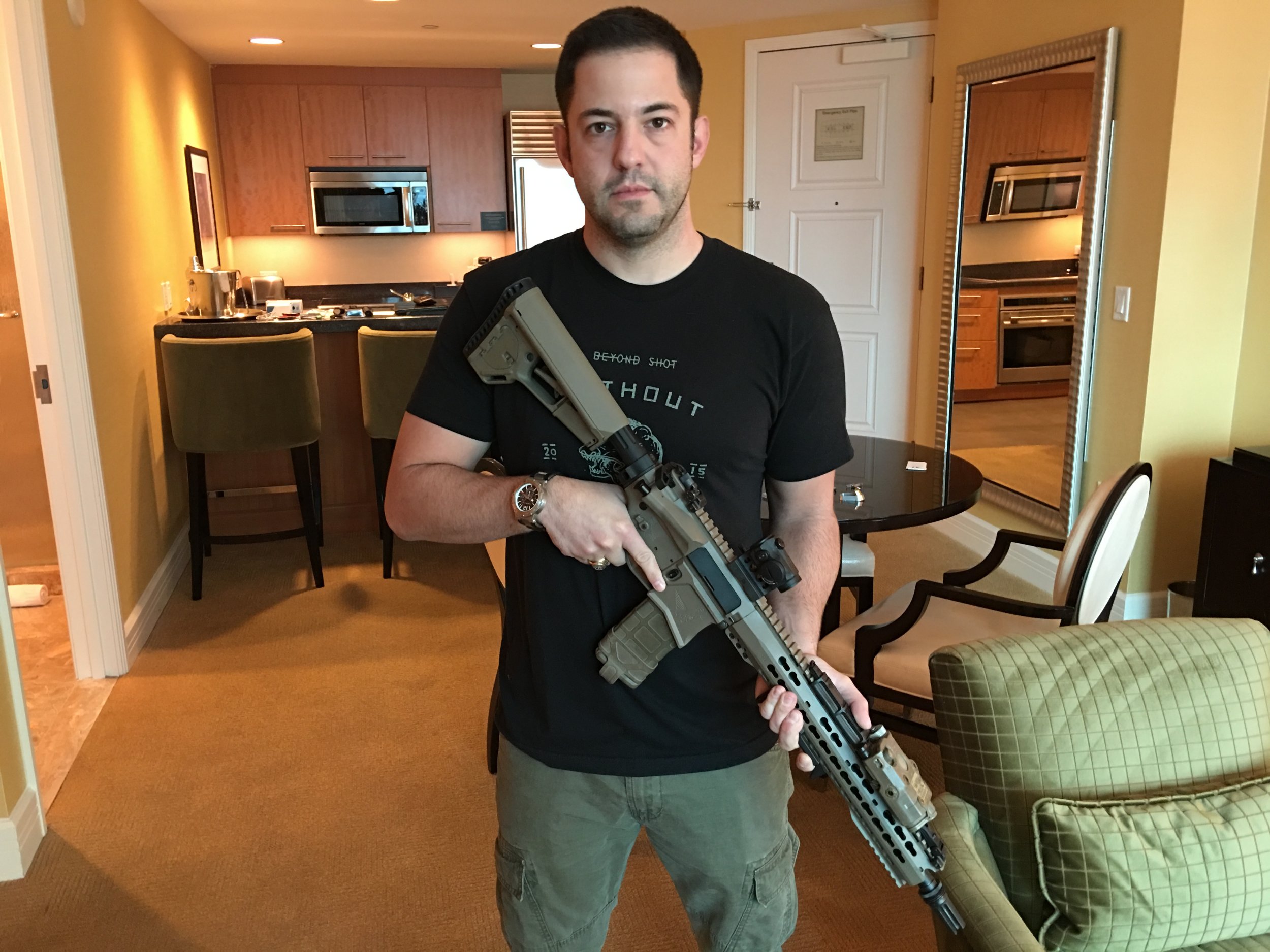 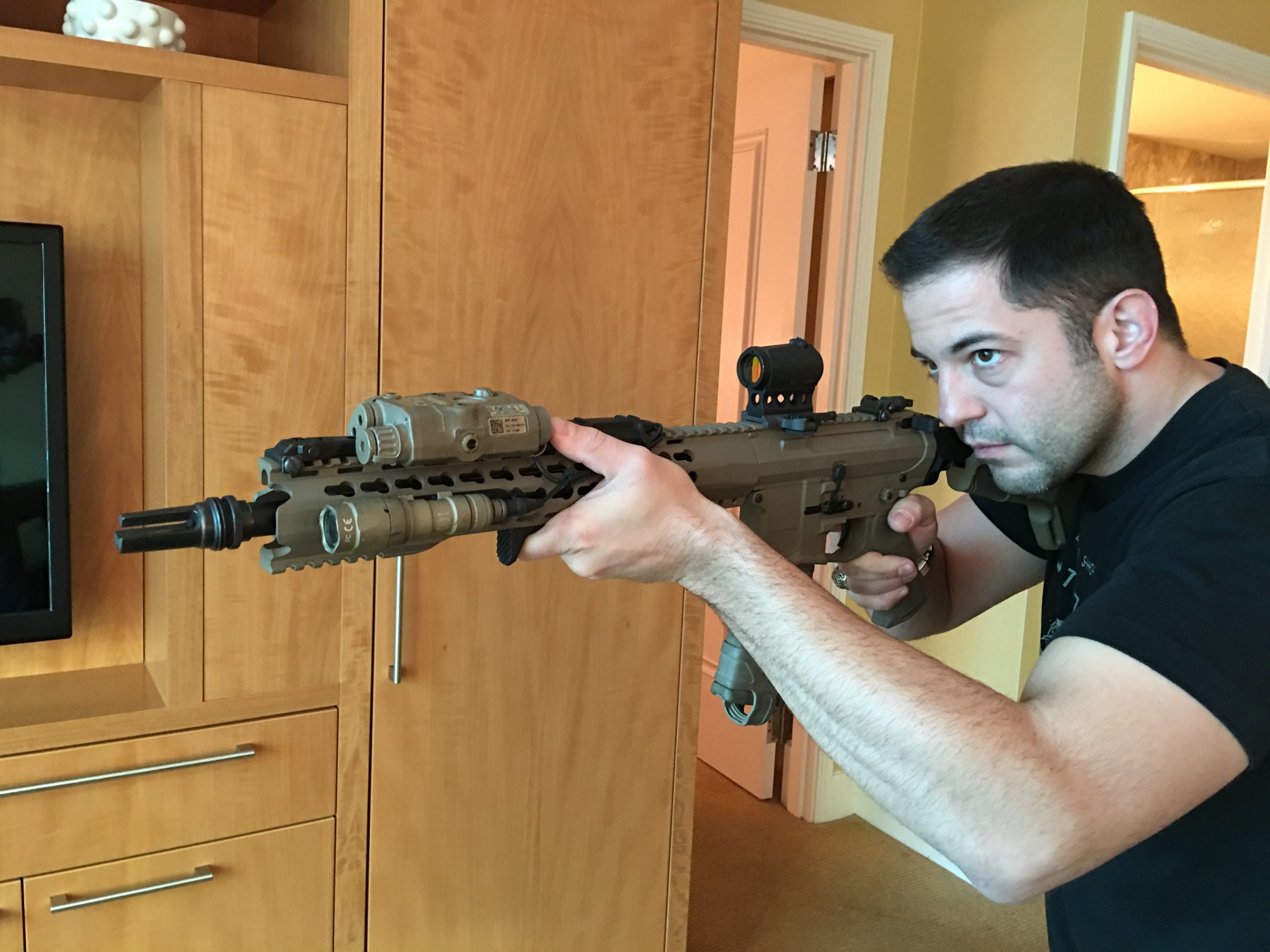 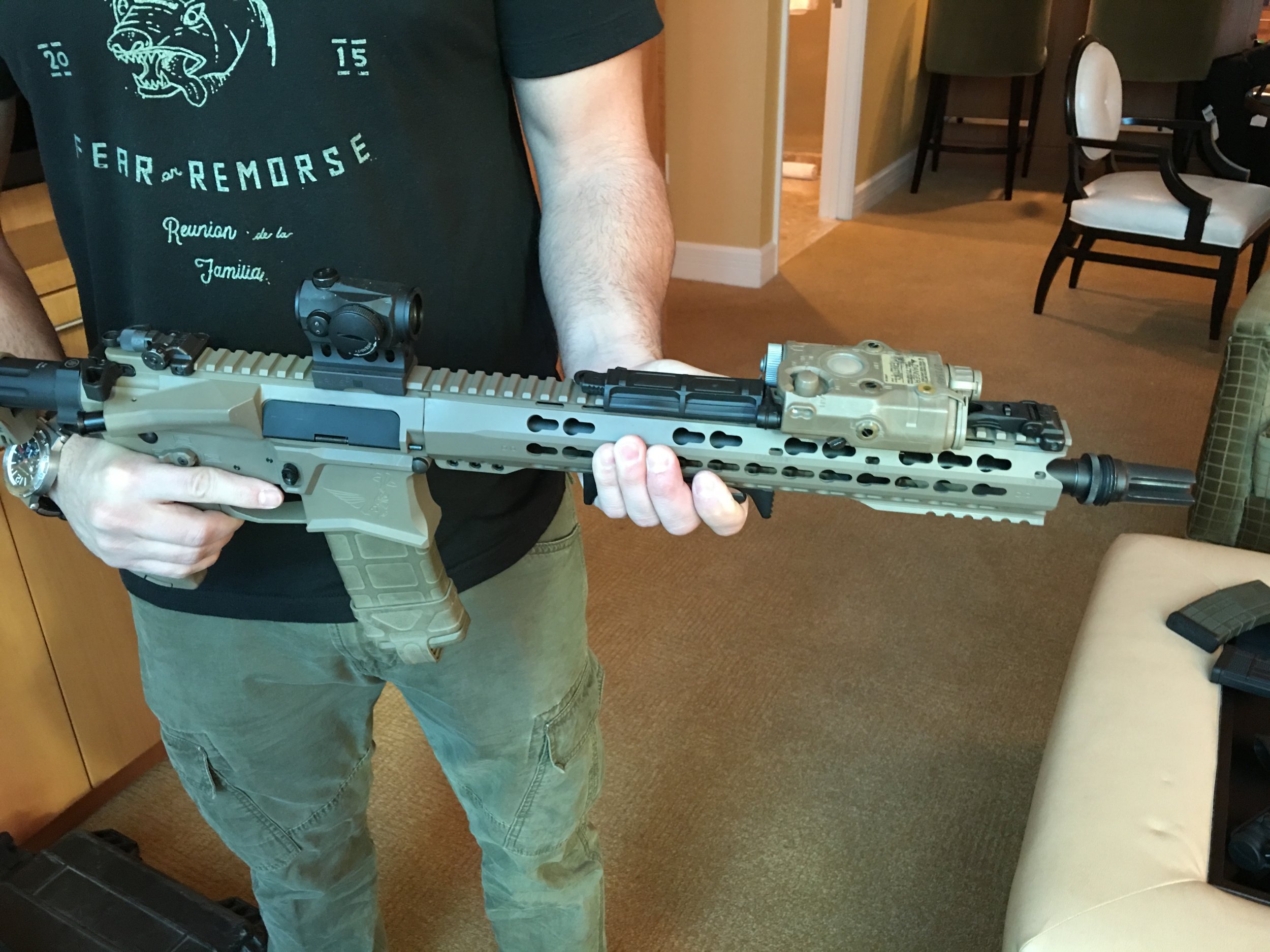 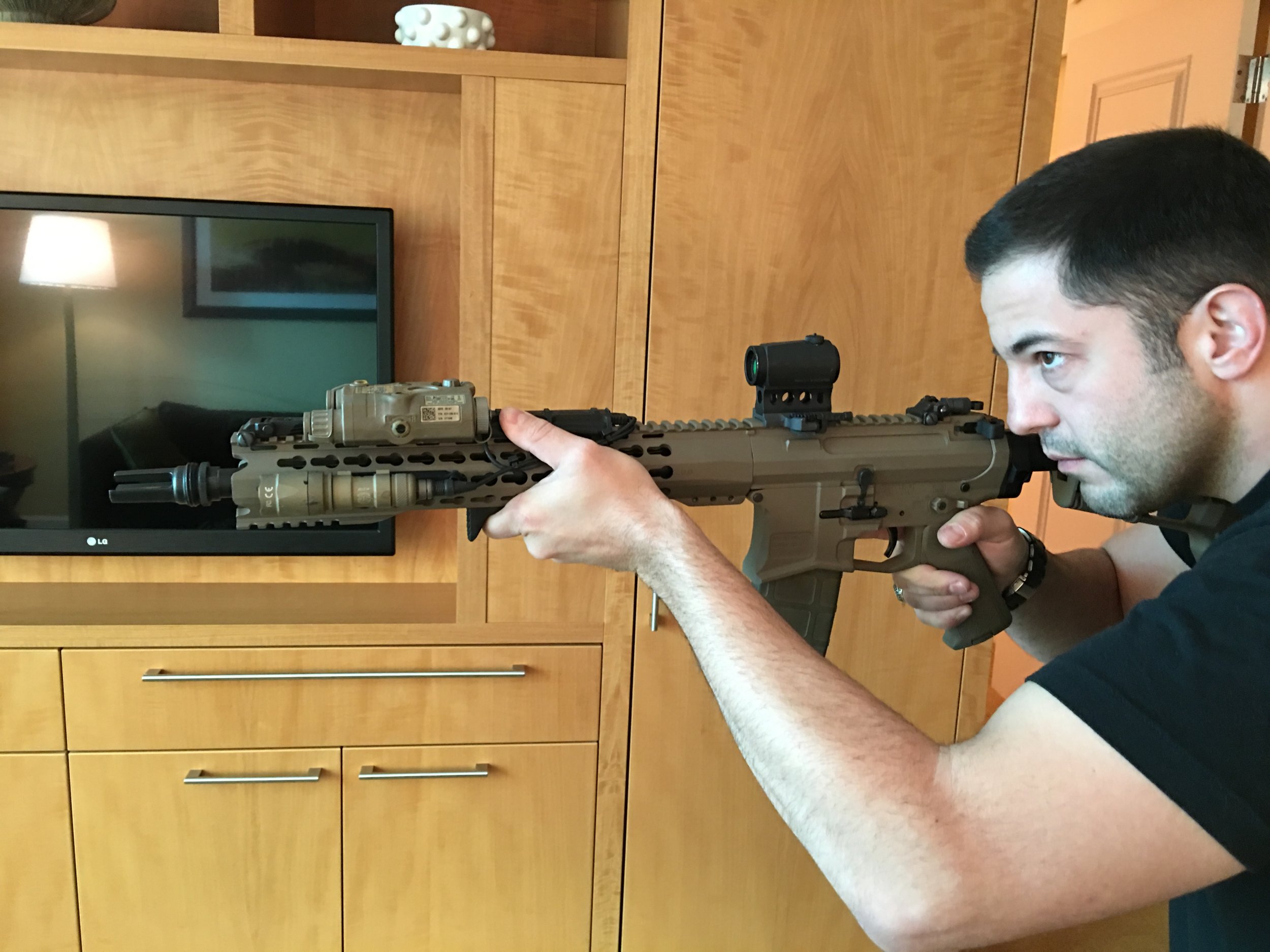 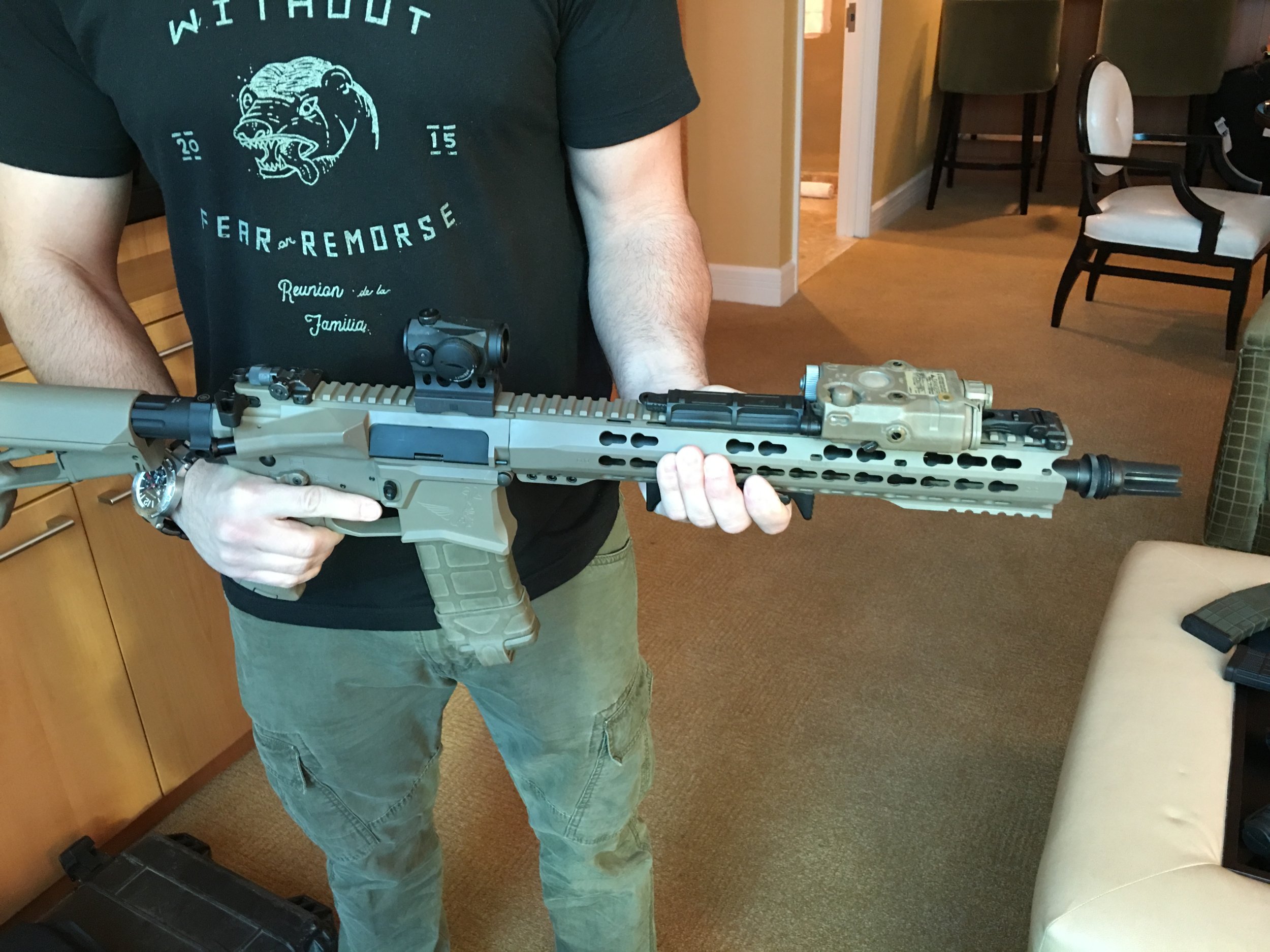 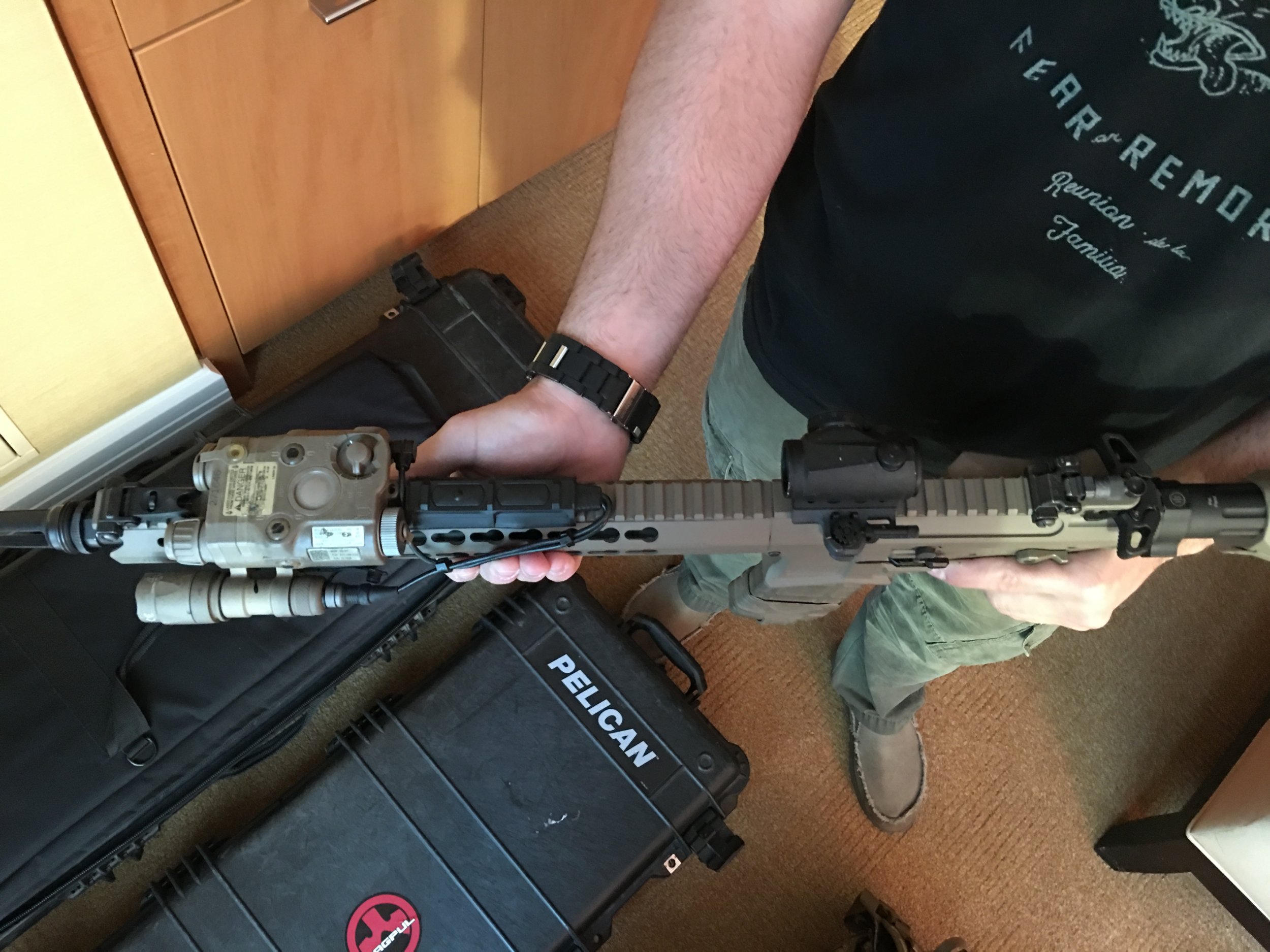 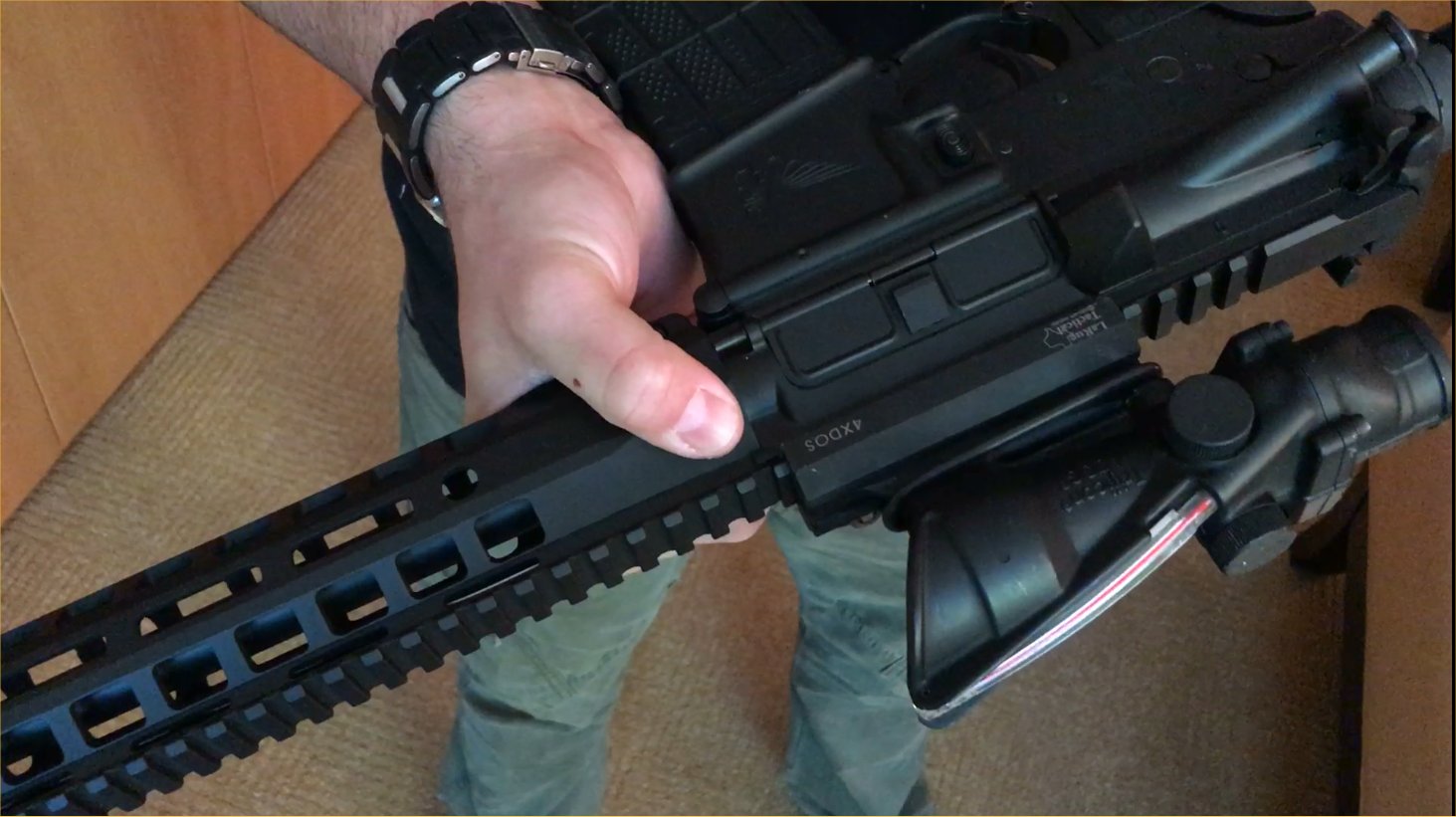 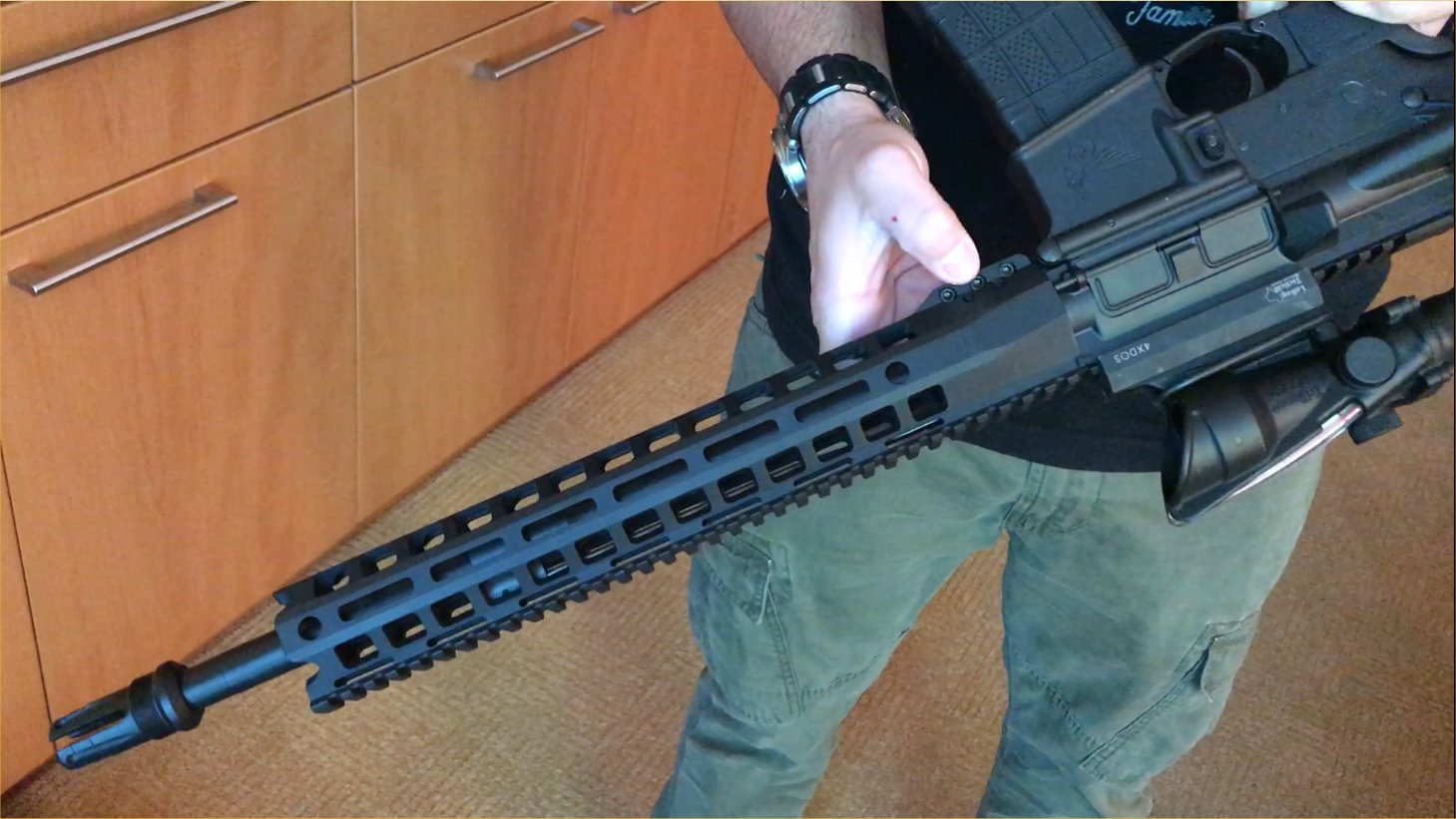