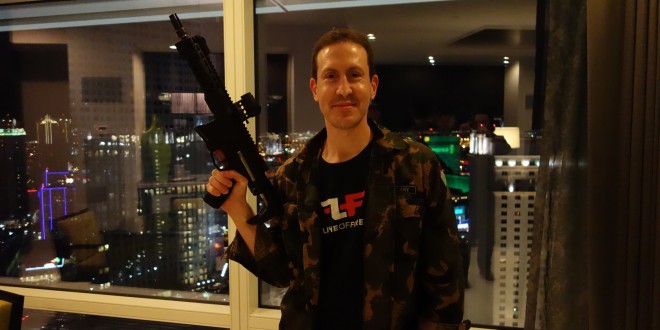 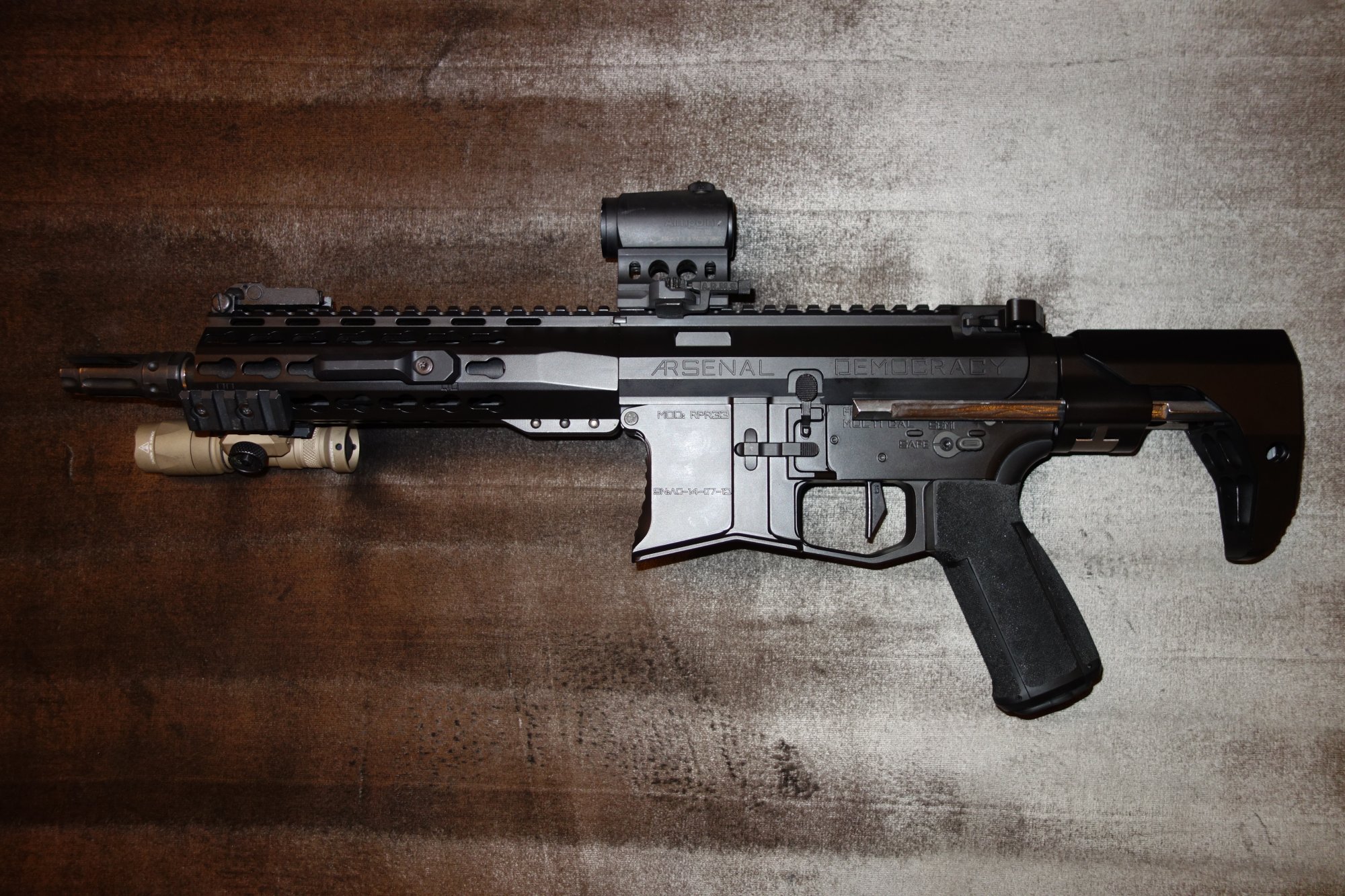 Arsenal Democracy co-founder and COO Dave Pavlick has commented on this as follows, “We do have plans to offer the PDW stock (AD-PDW) as a drop-in, stand alone product this quarter. We will need to see how different length rifles with conventional gas blocks (non-adjustable) react to the current spring tension we have as our standard and adjust from there. Our price point will be sub $400 [USD].” Adds Pavlick, “The PDW stock is made using both a CNC machining process as well as Wire EDM. It requires no buffer retaining pin or castle nut and can be screwed on to a stripped lower and bolted in place in less than 1 minute.” Not only that, but the AD-PDW Stock is also self-contained within approximately 4 inches (4″) when fully collapsed, so you can still “shotgun” the weapon open just like on a standard AR-15/M4/M4A1. You can see Pavlick demonstrate this in the video(s) below. The AD-PDW Stock currently has 8 positions, but will probably be turned into a 4-position buttstock.
p> 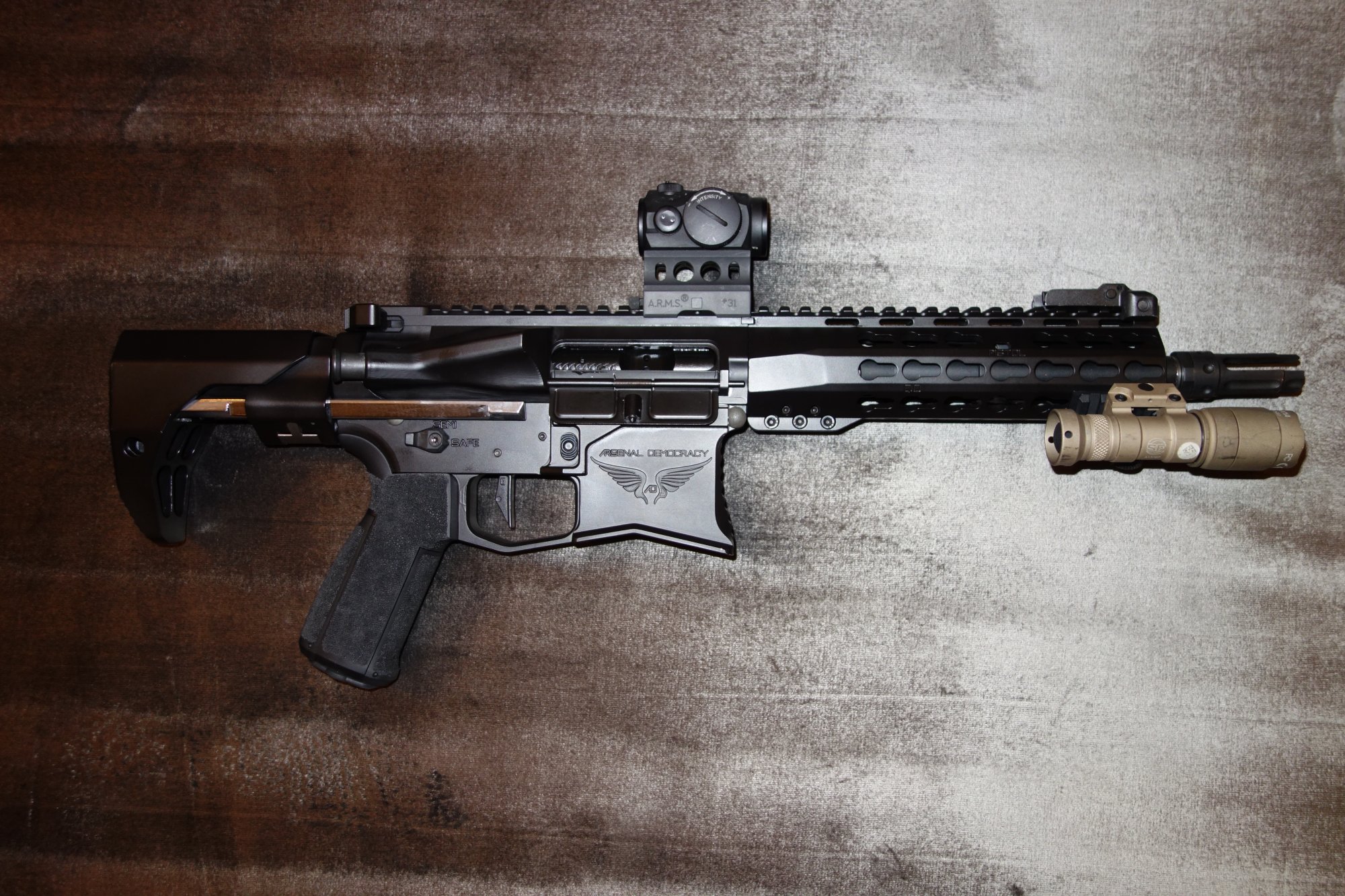 Respective pricing on the AD PDW and AD-PDW Stock hasn’t yet been released, but the civilian-legal semi-auto-only AD-16 tactical AR carbine comes in at $1940.000 USD MSRP (the AD Reaper 33 tactical AR carbine is currently listed at $1,799.00 USD MSRP on the AD website), so the PDW will likely be reasonably close in price, if a bit more expensive. Just call for pricing. By the way, if you plan on purchasing an AD-16, you’ll be able to upgrade to the PDW buttstock during the build process.

The AD PDW, AD-16 and AD-17 will eventually have a number of ambidextrous controls, including the stealth-looking oversized F117 Ambi Safety/Selector lever/switch and an oversized stealth-style ambi mag (magazine) release button, both designed and developed in-house, and sold separately. “We are also moving away from the MILSPEC bolt release to a enhanced model of our design. It will be larger, with more positive touch points to help engage while wearing gloves,” says Pavlick. 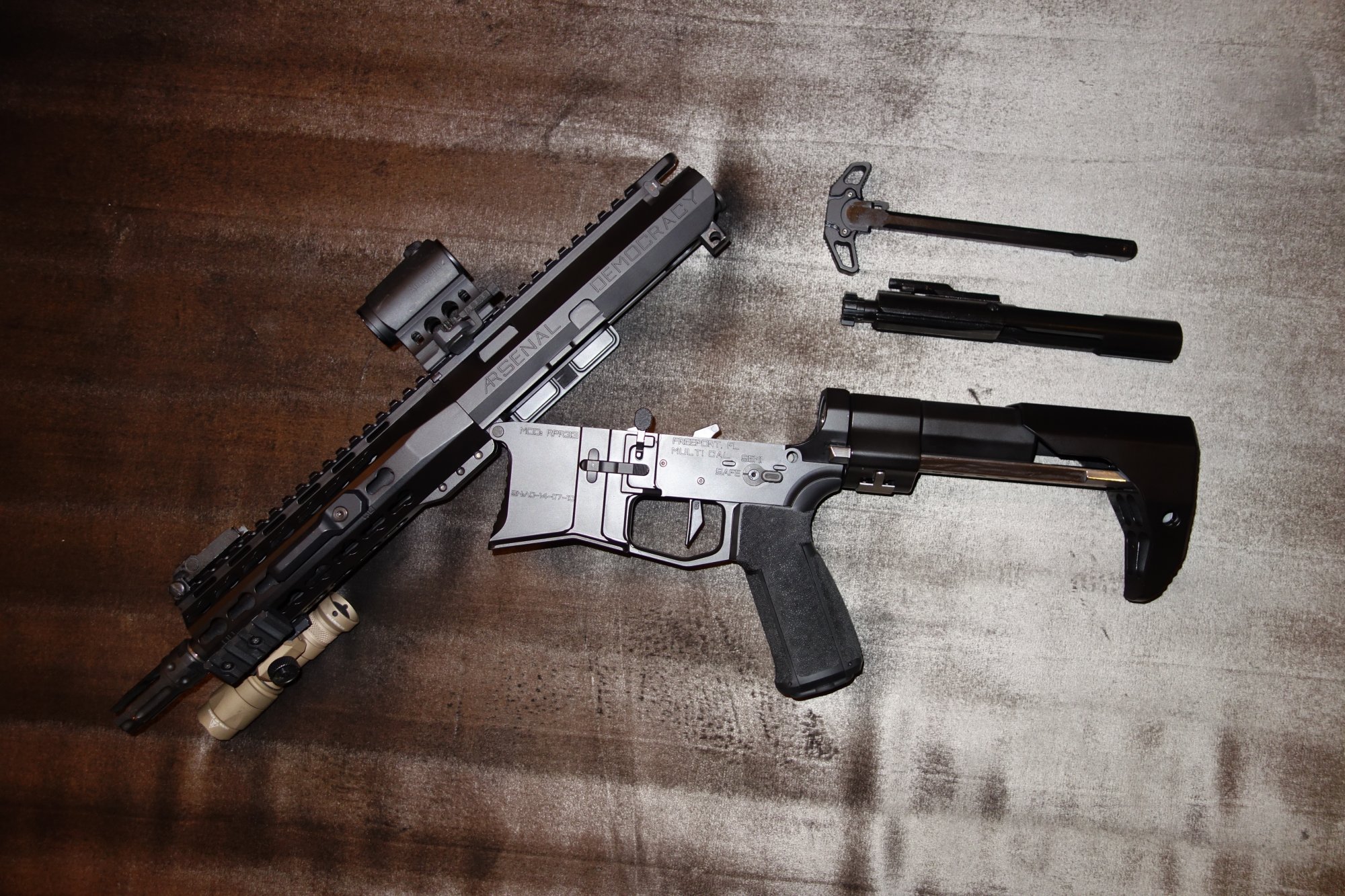 Speaking of the AD-16, Arsenal Democracy has released the following information about their 5.56mm/300 Blackout (300BLK) receiver sets: “The 5.56/300 BLK receiver sets, now designated AD-16 and AD-17, are not going to be released separately at this time. We are reserving them for our complete builds. Our rails were sold separately at one point, but we pulled them to keep them proprietary and reserved them for OEM orders through dealers. While we may open that back up, it probably won’t be for a while.”

Arsenal Democracy recently received a nice-sized order  for the AD PDW from the US government for a military Special Operations Forces (SOF) unit and a government agency, but we’re not at liberty to disclose the exact number. And, “an undisclosed number of [AD] PDW’s (integrally suppressed) are being submitted as part of intensive trials for an unnamed [US] government agency,” according to an AD source.

Defense Review has received the following information and specs on the AD-PDW Stock from Arsenal Democracy:

“The PDW stock is made using both a CNC machining process as well as Wire EDM. It requires no buffer retaining pin or castle nut and can be screwed on to a stripped lower and bolted in place in less than 1 minute. 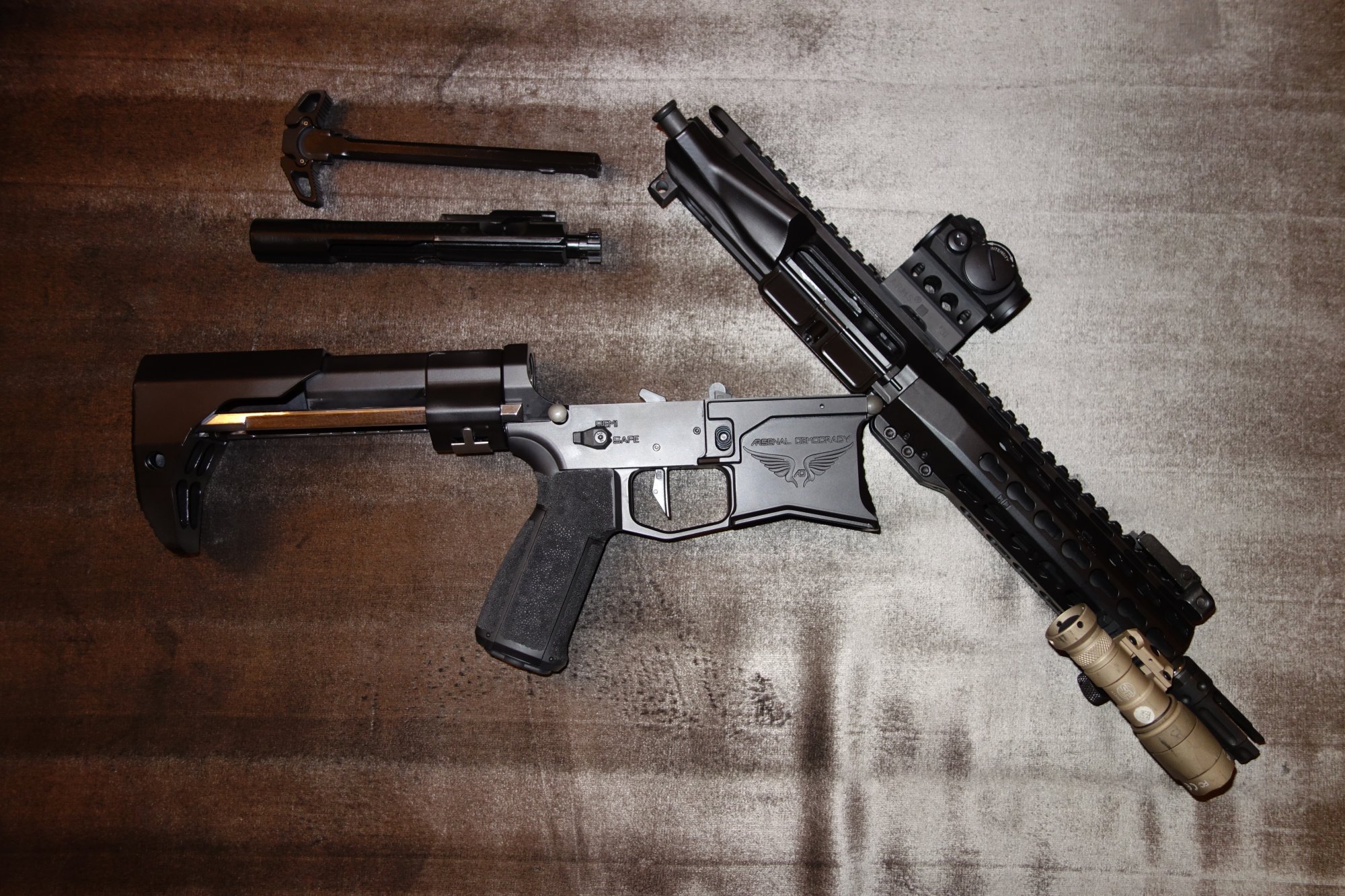 Editor’s Note: The first/top video below is the short-version video on the AD PDW. The second/bottom video below is the long-version vid. So, if you’re pressed for time, just watch the top one. If you’ve got a little more time, though, the bottom one contains some good and interesting additional info and discussion. 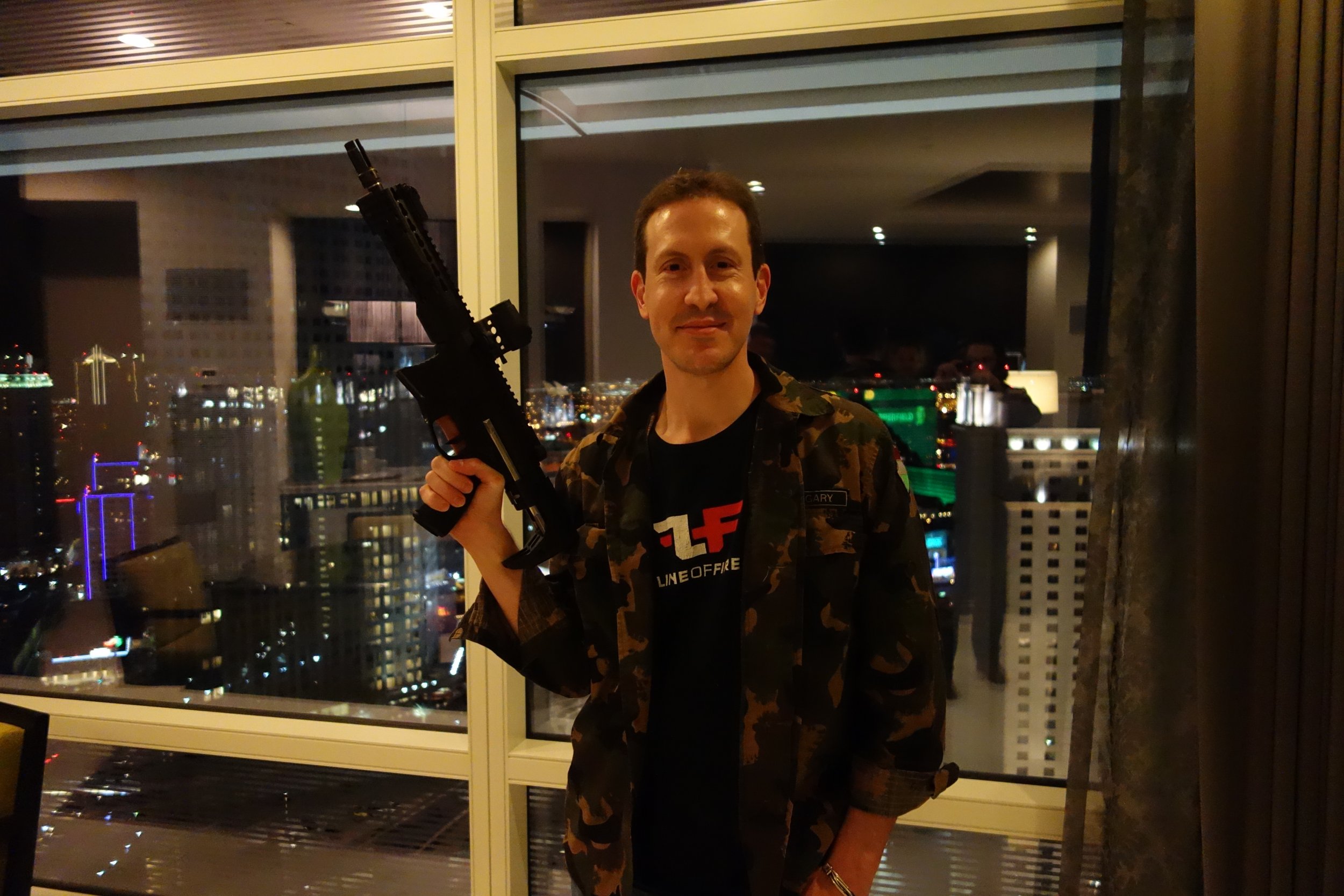 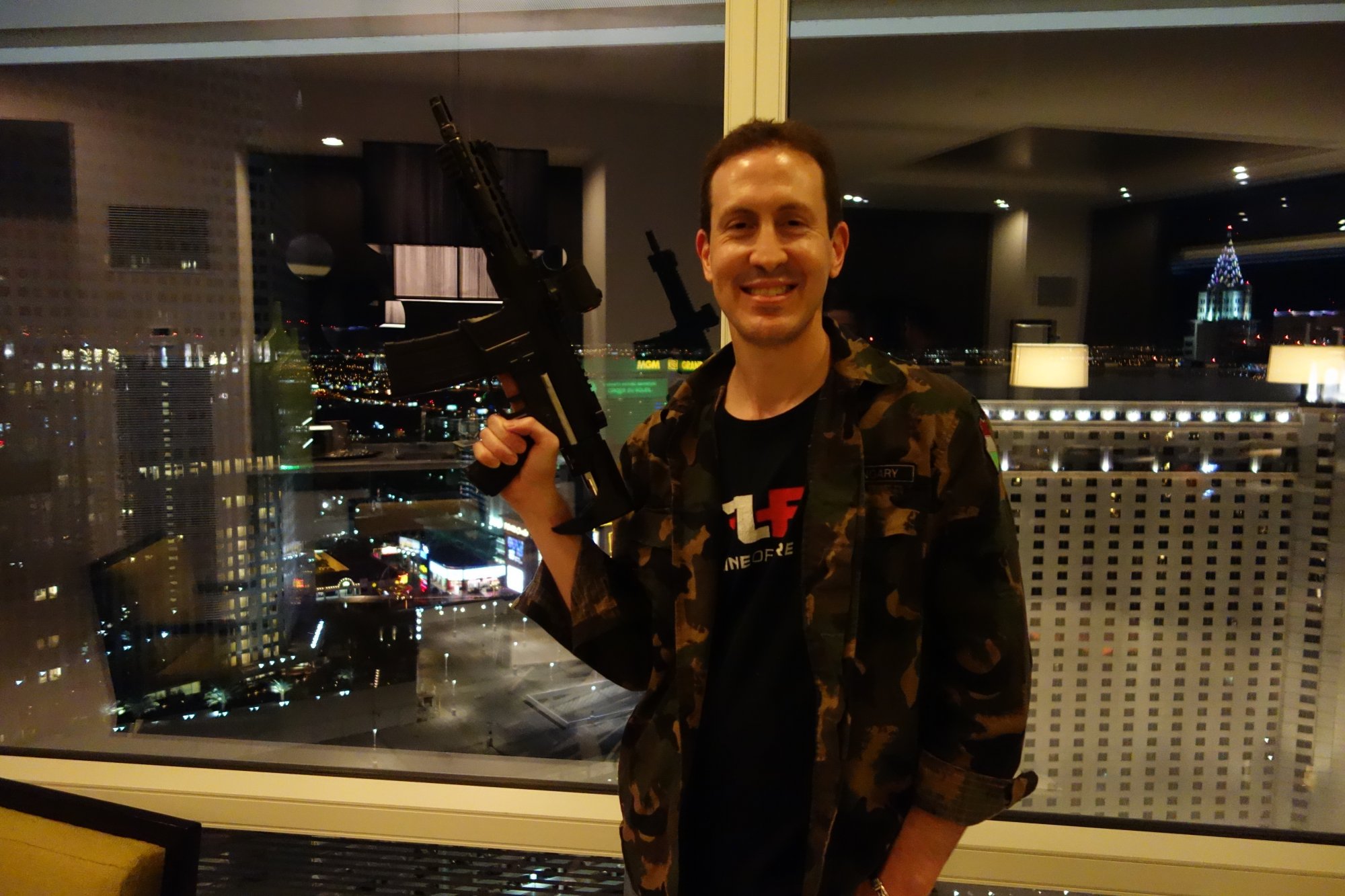