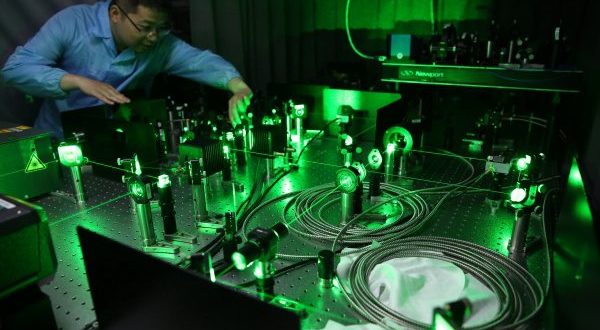 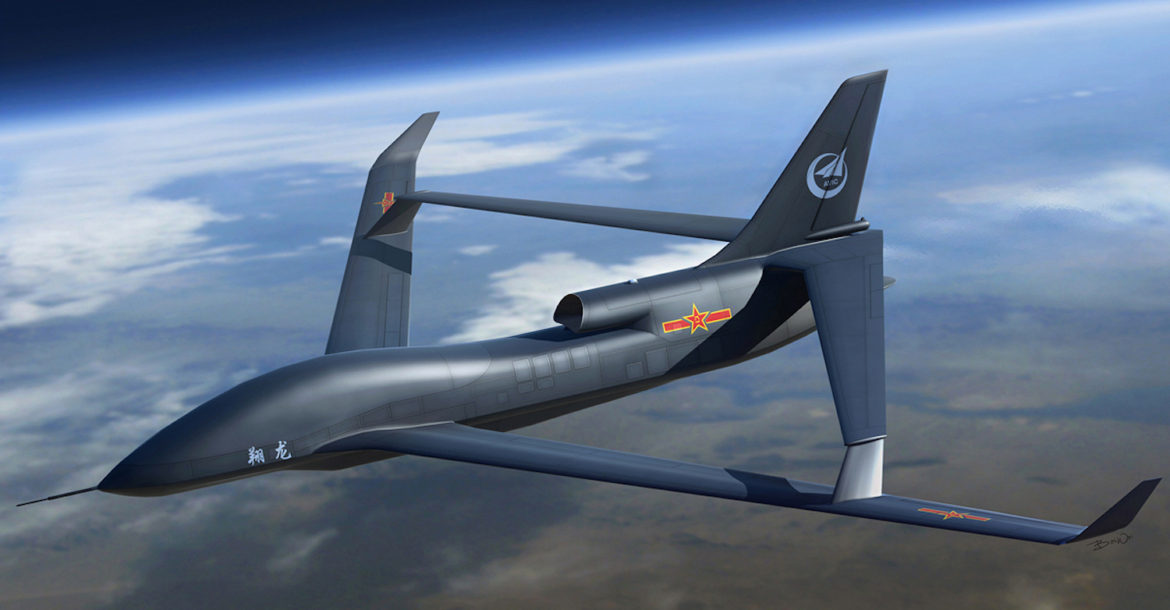 DefenseReview (DR) has been following Chinese and Russian military technology capabilities and advancements for quite some time now, so we weren’t surprised to read about the Chinese PLA’s (People’s Liberation Army) drive to dominate the United States of America militarily and to win World War III (WWIII), should it happen, and their pursuit of every single advanced military warfare technology to do it. According to Breitbart News, Center for Strategic and International Studies (CSIS) is really sounding the alarm on this one. “China sees offensive cyber capabilities, anti-satellite weapons, electronic warfare tools, hypersonic weapons, artificial intelligence [AI], and quantum [computing] technologies as key to enabling the PLA [People’s Liberation Army] to win wars in future, high-tech conditions and offset the advantages of the U.S. military, and has made significant strides in all of these areas,” says CSIS deputy director William Carter. He also warned that “We may have more and better aircraft carriers, tanks, and missiles than the PLA, but without access to data and connectivity many of these systems are ineffective or even inoperable,” and that China considers US military satellites to be our “Achilles heel”.

You can read all about it in CSIS’ Statement Before the House Armed Services Committee Subcommittee on Emerging Threats and Capabilities “Chinese Advances in Emerging Technologies and their Implications for U.S. National Security”, or watch the video of the hearing for which it was prepared. The Congressional hearing video is titled China’s Pursuit of Emerging and Exponential Technologies. 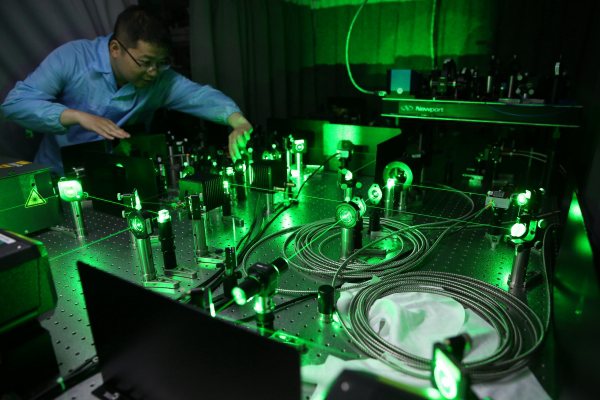 To sum it all up, Carter says that the Chinese have “developed a national strategic plan—in fact, many of them—to overtake us in the race to dominate these new technologies, and are rapidly closing the gap in innovation, deployment, and militarization of these new systems with the U.S.” Carter identifies the “new technologies” referenced in the title of this article as ““artificial intelligence and robotics, miniaturization and ubiquitous connectivity, and quantum computing.” Carter warns, “We may have more and better aircraft carriers, tanks, and missiles than the PLA, but without access to data and connectivity many of these systems are ineffective or even inoperable.”

Regarding the Chinese military anti-satellite wafare technology threat, Carter had this to say:

The PLA has tested a range of anti-satellite weapons, including conventional ground-based kinetic kill vehicles, directed energy weapons, jamming and spoofing capabilities, and “kill-satellites” designed to disable or destroy other satellites on orbit.

They have expanded their electronic warfare capabilities, testing their capabilities to jam radar and communications and spoof GPS systems. China has also developed some of the most sophisticated offensive cyber capabilities in the world. 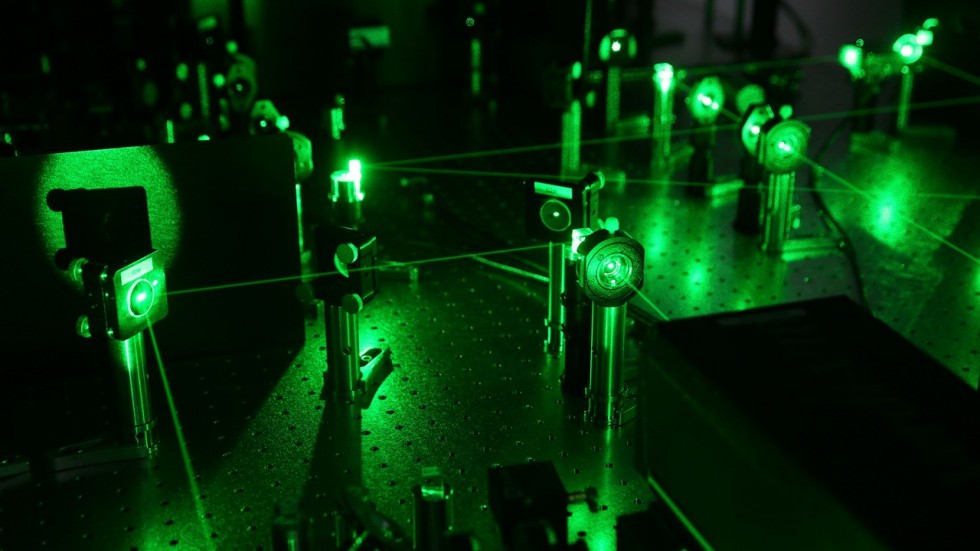 Perhaps most concerning to DR is China’s combined AI (artificial intelligence) and quantum computing push, since those two capabilities/technologies are potentially reall game changers/paradigm shifters. “In particular, China sees artificial intelligence (AI) and quantum as foundational to both economic and military competitiveness in the long term, and has become not just a copycat or adopter of these technologies, but an innovator in its own right,” says Carter. Carter also discussed China’s combined military and civilian economic power-enhancing approach. Carter says that “China’s strategy is not just to exploit the weaknesses in our military technology but to develop their own innovative, dynamic high technology sector to dominate the next generation of civilian and military technologies, particularly AI,” and adds that “They seek to leverage both commercial and military innovation in ways that complement each other and build both military and economic power.”

DR finds the idea of China’s potential surpassing of US military quantum-computing focus and advancement to be particularly alarming, since quantum computing and AI can be used to enhance the capabilities of EVERY other military technology and system. It’s absolutely crucial that the US military stay ahead of the Chinese and Russian militaries’ on these combined technological fronts, if we want to be able to effectively and successfully fight either country individually, or a combined Sino-Russian military force in a WWIII-level scenario, or in smaller, limited conflicts.

As Defense Review’s written before, our focus should be on being able to defeat a combined Sino-Russian military threat, not just being able to defeat them individually. We must ASSUME and EXPECT that they’ll team up against us in a future nation-state war, and act and prepare accordingly, militarily and economically. This is our opinion, and we think we’re right about this.

Of course, as we’ve also written, we have to do this without creating a Skynet-type AI robotic Armageddon scenario, a la Terminator. It’s gonna’ be a tough balance.

David Crane started publishing online in 2001. Since that time, governments, military organizations, Special Operators (i.e. professional trigger pullers), agencies, and civilian tactical shooters the world over have come to depend on Defense Review as the authoritative source of news and information on "the latest and greatest" in the field of military defense and tactical technology and hardware, including tactical firearms, ammunition, equipment, gear, and training.
Previous Vertx Downrange Soft Shell Jacket: Lo-Pro/Lo-Vis Combat/Tactical Jacket with with VaporCore Moisture-Wicking and Infrared (IR) Energy-Reflecting Fabric Tech for Concealed Carry (CCW) and Urban Combat/Tactical Ops! (Video!)
Next SIG SAUER P365 Striker-Fired High-Capacity Sub-Compact 9mm Pistol for Concealed Carry (CCW): Ready to do battle with the Glock 43 (G43) AND Glock 19 (G19)?