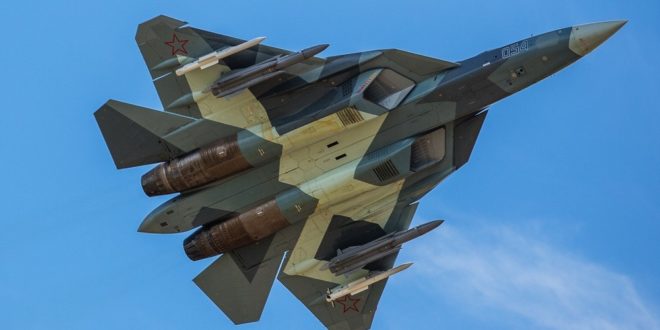 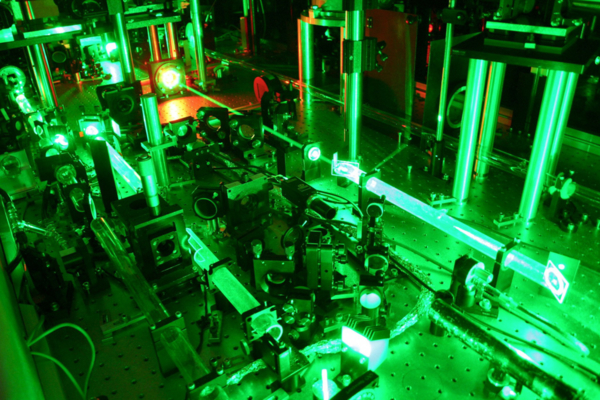 According to Adviser to the First Deputy CEO of Radio-Electronic Technologies Group (KRET) Vladimir Mikheyev (try saying that 5 times in a row really quickly), the Russkies–I’m sorry, the Russians–“already have laser protection systems installed on aircraft and helicopters, and now we are talking about developments in the field of powered lasers that will be able to physically destroy attacking missiles’ homing heads. … Roughly speaking, we’ll be able to burn out ‘the eyes’ of missiles that ‘look at us.’ Naturally, such systems will be installed on sixth-generation aircraft as well.” But, that’s only the half of it…scratch that…a third of it. Turns out, the Russians have been busy little beavers over there, and have two addtional air-combat-tech goodies in the works: radio-photonic radar, a.k.a. “Radio Vision“, which provides an incredibly precise picture of an enemy aircraft and its position in the sky, and microwave weapons and guided electronic munitions, which the Russians will be attaching to UAS/UAV/drone aircraft.

On the subject of radio-photonic radar, Mikheyev said the following: ““The radio-photonic radar will be able to see farther than existing radars, in our estimates. And, as we irradiate an enemy in an unprecedentedly wide range of frequencies, we’ll know its position with the highest accuracy and after processing, we’ll get an almost photographic image of it — radio vision. … This is important for determining the type [of an aircraft]: The plane’s computer will immediately and automatically identify a flying object, for example, an F-18 with specific types of missile armament.” That’s some pretty serious photonics tech. On the outfitting of Russian drone aircraft with microwave weapons and guided electronic munitions front, Mikheyev said this: “One drone in a formation flight will carry microwave weapons, including guided electronic munitions while another drone will carry radio-electronic suppression and destruction means, and a third UAV will be armed with a set of standard weaponry. Each specific task is solved by different armaments.”

So, needless to say, the US Air Force certainly has its work cut out for it. Let’s hope they’ve already got counters for all the above, or at least in the works. As interesting as the laser weapons tech is, the radio-photonic radar and microwave weapons and guided electronic munitions tech is equally intriguing to DR, especially if it actually works. So, we’re going to research them, and monitor the Russians’ progress.

Defense Review will be contacting some of our military aerospace industry contacts to try to get a handle on where we (U.S.) is at in answering and matching the Russian military tech discussed above.