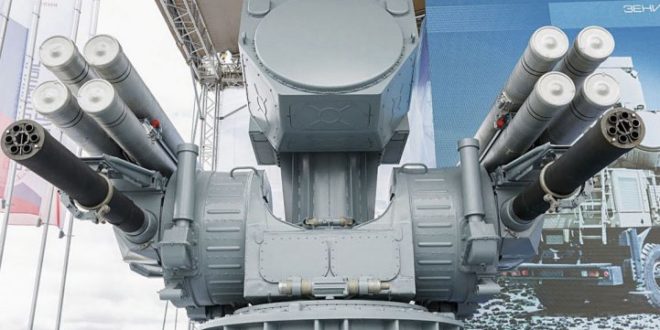 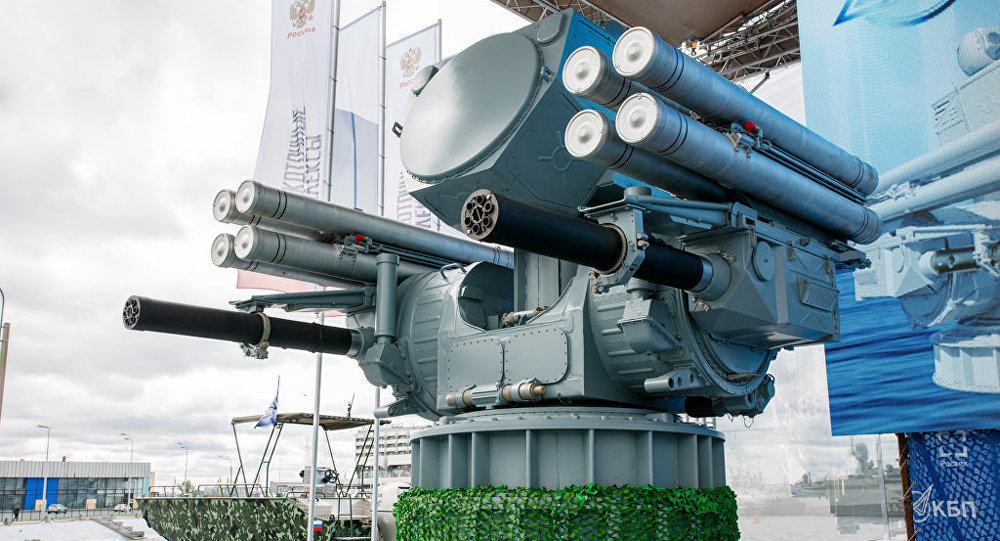 As if the US Navy and Air Force don’t have enough challenges on their respective plates already, Sputnik News is reporting on a ship-defense variant of the Russian Pantsir-S missile system called the Pantsir-ME, which reportedly can simultaneously intercept up to four targets (missiles and/or aircraft, presumably) flying at up to 2,240 miles per hour at up to 9.3 miles high and 12.4 miles out, all within 3-5 seconds. Sputnik News is calling it “Robocop of the Seas”. Catchy. Anyway, if the stated performance is legit, that’s pretty impressive performance. According to the Sputnik News piece, the Pantsir-ME ship-defense system “has a feature to automatically fire artillery armaments if it turns out that a ‘target is not hit or not sufficiently hit’ after a primary missile attack.” Targeting and tracking is provided by a triple-radar system that integrates optical, long-range (up to 50km) and target-tracking radars.

Pantsir-ME’s missile warheads destroy their targets with a “cloud” of “razor-sharp steel rods”, but DefenseReview (DR) doens’t know wether the missiles explode on the target, or just in proximity to it. The “artillary armaments” aspect is manifested in two six-barreled 30mm Gatling guns that fire at 5,000 RPM (Rounds Per Minute), similar to the US Navy’s Phalanx CIWS (Close-In Weapon System), which features the M61 Vulcan Gatling gun autocannon. 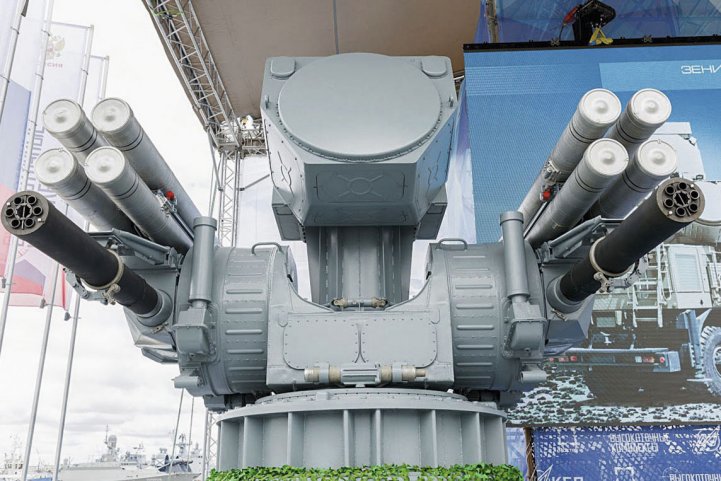 Anyway, Pantsir-ME is an all-weather system capable of operating in rain, wind, rough seas and storms.

High Precision Systems holding company CEO Alexander Denisov says that the Pantsir-ME “creates a 20 km (12.4 miles) anti-aircraft dome around the ship it’s installed on. That makes it an effective defense weapon in potential future conflicts.” Apparently, the Pantsir-ME “can be installed on just about any warship, from aircraft carriers all the way to 500-ton missile boats,” according to Yuri Savenkov, chief designer at the Shipunov Instrument Design Bureau in Tula (KBP).

It’s being reported that the Russian Ministry of Defense has already signed its first contracts to purchase the Panstsir-ME system. And, it gets worse. Pantsir-ME has already received export status, so it’s already being offered to foreign customers. One must assume this includes hostile countries like Iran. Not good.

Defense Review will keep an eye on this one.

Russian Navy to Get Pantsir-ME Missile Cannon Ship-Defense System: ‘Robo-Cop of the Seas’, Brought to You by KBP (Russian Instrument Design Bureau) by David Crane