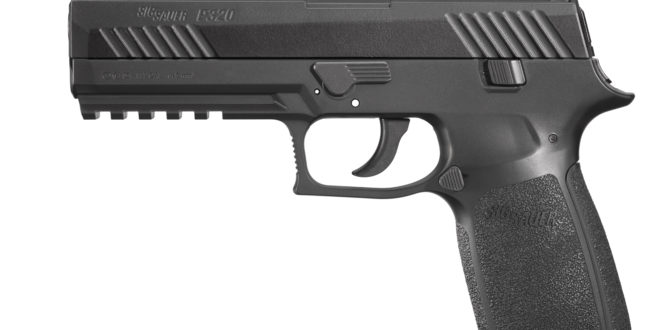 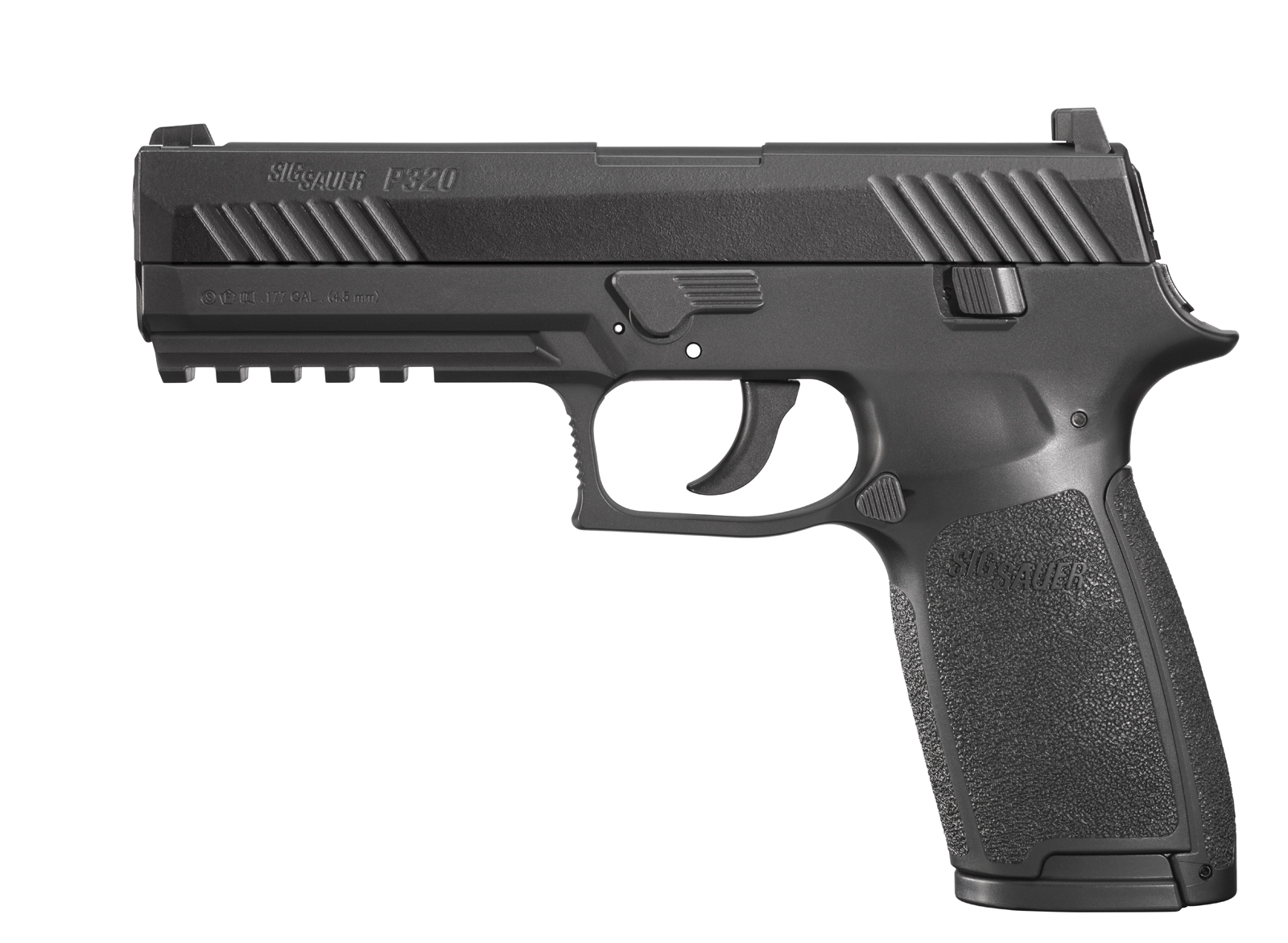 As long as we’re discussing new SIG Sauer products, we should probably also mention the new SIG SAUER P320 CO2-powered ASP (Advanced Sport Pellet) Air Pistol, that the company just announced. DefenseReview (DR) first got the chance to run the real P320 and P320C high-capacity 9mm pistols at the SIG SAUER Academy range in 2014 during the writer’s summit there, and we particularly liked the P320C compact 9mm pistol, which shot well, and was easy to control (and conceal).

Cut to 2017, and you can have a presumably high-quality .177-caliber pellet pistol in a P320-mimicking package. Pretty cool little plinking package. Hopefully, SIG will introduce a P320C ASP soon.

In fact, Defense Review would advise you to check out all of SIG SAUER’s Advanced Sport Pellet (ASP) air pistols and air rifles, as they look pretty sweet.

In the meantime, here’s the official press releas on the SIG P320 ASP Air Pistol:

“Newington, NH (January 4, 2017) – SIG SAUER, Inc., designer and manufacturer of the world’s most reliable firearms, optics, ammunition, airguns and accessories, adds to its world-class Advanced Sport Pellet (ASP) line of airguns with the introduction of the new P320 CO2-powered pistol. This semi-automatic .177 caliber ASP pistol is the first air pistol in the world to feature a 30-round belt magazine and is designed to look and feel like the highly-acclaimed SIG SAUER P320 centerfire pistol. Weight and trigger pull are virtually identical offering recreational shooters, professionals and competitive shooters another outstanding training tool to easily hone their shooting skills at greatly reduced costs.

“The SIG SAUER P320 has been extremely well received by law enforcement, recreational shooters and competitive shooters alike, and customers have been asking for a pellet version of this pistol since we introduced our very first airguns,” said Joseph Huston, vice president and general manager of the SIG SAUER Airgun Division. “The industry has truly embraced our ASP air rifles and air pistols as excellent training tools when the cost of ammunition, lack of range time or other factors prevent people from training with their centerfire guns as much as they would like or feel they should. We are committed to producing these high-quality, CO2-powered alternatives that make it easy for people to train in their back yards.”
The P320 ASP air pistol features a metal slide with realistic blowback action and polymer frame in addition to a smooth slide safety. This air pistol is double-action only, has a front blade sight, fixed rear sight and an accessory rail which allows easy mounting of a laser or tactical flashlight. The 12gr CO2 cartridge is inserted and removed through a compartment in the side of the grip. Velocity is up to 450 fps; however, velocity results may vary depending on pellet weight, temperature and altitude. The P320 ASP air pistol also shoots steel BBs in addition to pellets and is available in two colors – Black or Coyote Tan.
MSRP: $119.99
For more information on SIG SAUER airguns, visit www.sigsauerasp.com.