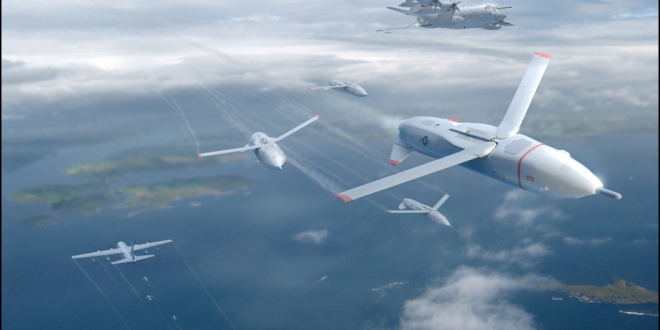 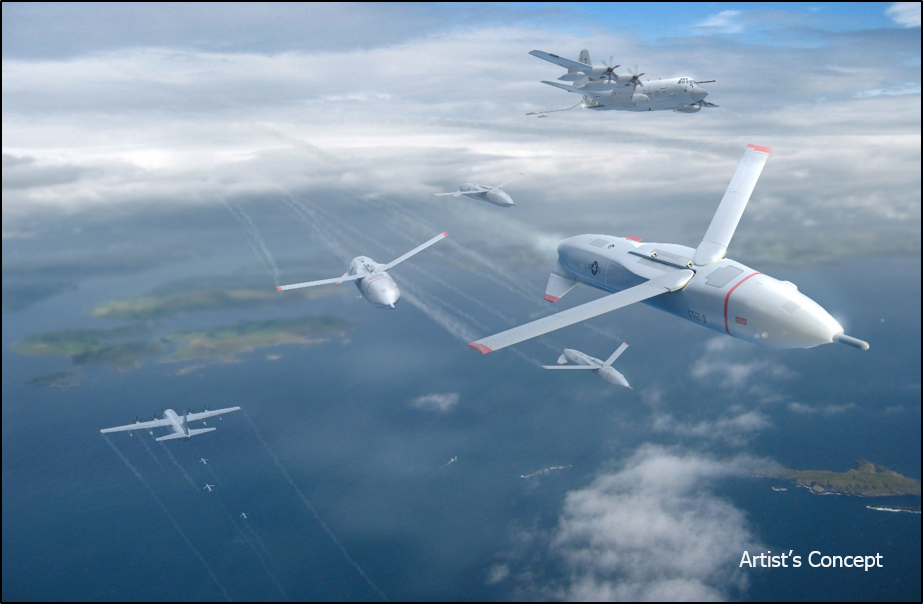 Nasdaq recently published an article titled “Air Force Could Test Flying Aircraft Carriers” as Early as Next Year, that caught DefenseReview’s (DR) attention, thanks to its provocative title hinting at giant electrogravitic-propulsion (anti-gravity) aircraft carriers flying around like alien craft. The article itself actually alludes to a much less provocatively-titled NavyTimes article on the non-black DARPA (Defense Advanced Research Projects Agency) Gremlins program, consisting at the moment of C-130 “motherships” carrying attack drones made by General Atomics Aeronautical Systems and Dynetics. Gremlins is headed up by Tactical Technology Office (TTO) Program Manager Scott Wierzbanowski. And, while perhaps not as interesting as USAF black programs dealing with electrogravitics, Gremlins is still quite intriguing, especially the more advanced concept that includes low-observable/stealth “motherships” (carrier/launching aircraft) for the attack drones. 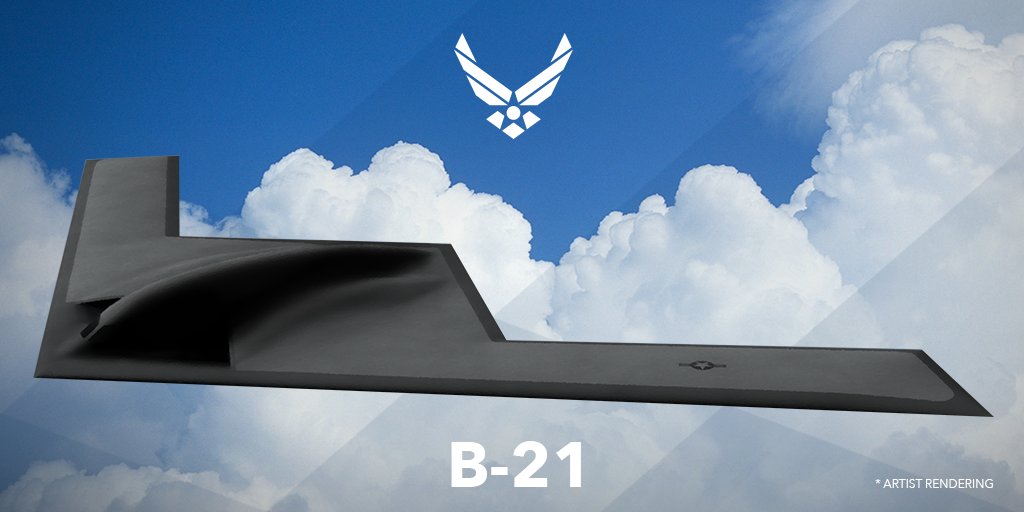 Low-observable carrier aircraft are reportedly a few years off, but will make for a more effective Gremlins weapons system against hostile countries employing A2/AD (anti-access/aerial-denial) strategies and tactics, including surface-to-air missiles. One proposed such low-observable system is the Northrop Grumman B-21 Raider low-observable/stealth bomber aircraft, which will be “capable of penetrating the toughest defenses to deliver precision strikes anywhere in the world. We are providing America’s warfighters with an advanced aircraft offering a unique combination of range, payload, and survivability,” according to the company. The idea of B-21’s carrying and releasing intelligent attack drone swarms against our enemies is indeed enticing, and seemingly very doable–and DR likes doable. Expensive? Of course. It goes without saying…but quality costs. If it’s effective, DR supports it.

Lockheed Martin and Boeing will of course most likely want to compete for the Gremlins mothership contract, so Northrop should expect some competition.

Needless to say, Defense Review will try to keep an eye on this one. Let’s just say we’ve got a soft spot for intelligent drone swarms, provided they’re only used against foreign enemies, and they don’t go Skynet on us. It should perhaps be noted that the forward-thinking tech icon and Tesla head-honcho Elon Musk isn’t too thrilled or optimistic about artificially intelligent (AI) robots, let alone swarms of them, with regard to human survival and liberty, and he’s a pretty smart guy. So, that, along with the Terminator movies does give us some pause.