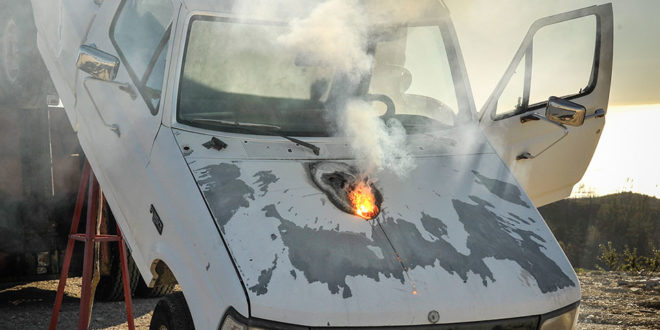 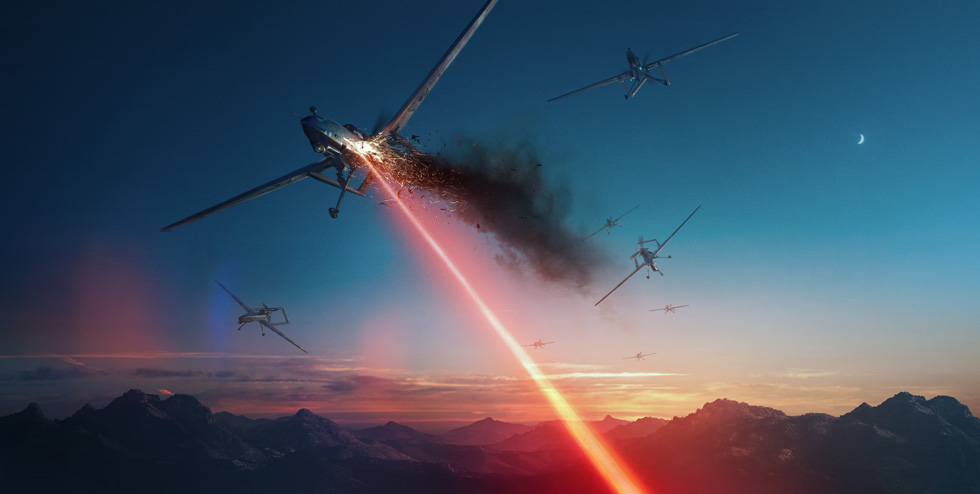 Here at DefenseReview (DR), we’re big fans of military-grade laser weapons that can be used to shoot vehicles and enemy soldiers from the air (and aircraft from the ground and sea, and have been for some time, now. So, we’re always happy to read about US military laser weapons’ further development and potential battlefield deployment. So it was on May 30th, when we read Military.com’s piece on a developmental (and linkable) 60-kilowatt (kW) fiber-optic laser weapon that the US Army plans to test within the next 18 months.

That’s TWICE the amount of power that the Lockheed Martin Aculight team was working on (and that DR reported on) just two and a half years ago. The kicker is that this high-powered laser will reportedly be easily cooled, and transportable, which is a big deal. “This was the key puzzle piece that needed to be solved before we could begin to deploy these laser weapons,” says Robert Afzal, a senior fellow for laser and sensor systems at Lockheed Martin. Afzal went on to say (in a recent interview) that “the technology is getting real. It’s the dawn of a new era where the tech can be made smaller and powerful enough to be put on vehicles, ships and aircraft.” Sounds pretty good. 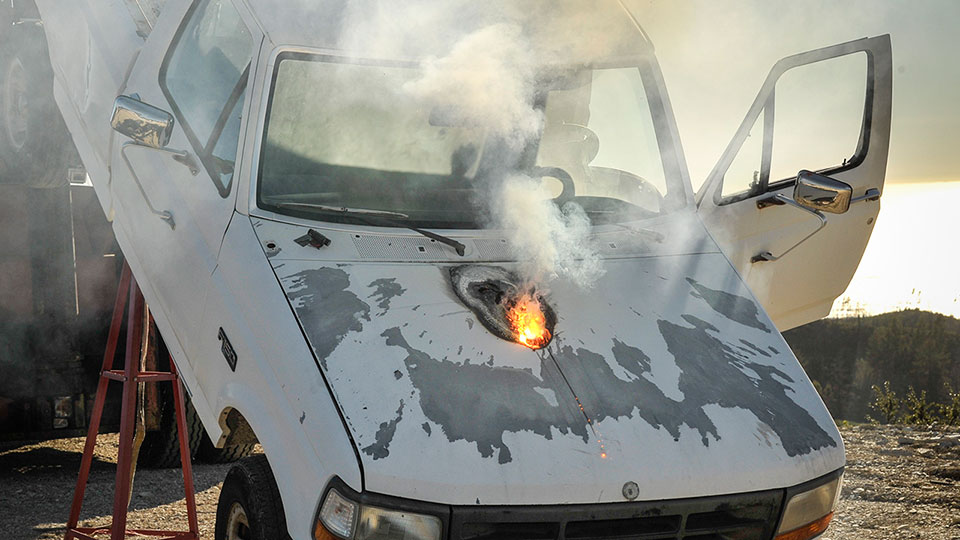 In the same interview, Afzal also discussed the successful testing of the powerful Lockheed “Advanced Test High Energy Asset” fiber optic laser weapon burning a hole in a pickup truck hood, a test reminiscent of a Boeing Advanced Tactical Laser (ATL) test, which DR covered with a fair amount of enthusiasm. In that same piece, we discussed the potential moral and ethical issues involved in utilizing laser weapons against human targets, including the moral and ethical implications of lasing (i.e., slicing) off enemy combatants’ limbs.

Anyway, a Lockheed Martin Skunk Works guy named Bob Ruszkowski is also pretty positive on future military use of laser weapons on the battlefield. Speaking of the upcoming test, he said, “we’re really on the cusp of seeing the introduction of lasers in future systems.” Music to DR’s ears.

A likely aircraft platform for the 60kW laser would appear to be the new Lockheed Martin AC-130J Gunship. Lockheed Martin engineers have apparently devised a way to minimize turbulance that that can negatively impact the airborne laser’s accuracy and combat effectiveness.

Powerful laser weapons can also be used on the ground, in FOBs (Forward Operating Bases), for example, as part of an air-defense system, and perhaps also against ground-attack threats, although this is where it gets controversial. Regardless, laser weapons in FOBs woud be advantageous, since lasers just need power, not ammo. And, as long as they’re designed to kill targets by burning through them, rather than blinding them, they may be legal under Hague (and Geneva). To be honest, the idea of slicing through an entire large attacking enemy force with one or two sweeps of a high-powered laser is pretty enticing and exciting from a pure combat capability perspective, and it has major implications for both asymmetric/counterinsurgency warfare and even potential World War III (WWIII)-level nation-state warfare against China and/or Russia.
<p>
Exciting times. Now, if we can just bring flamethrowers back.