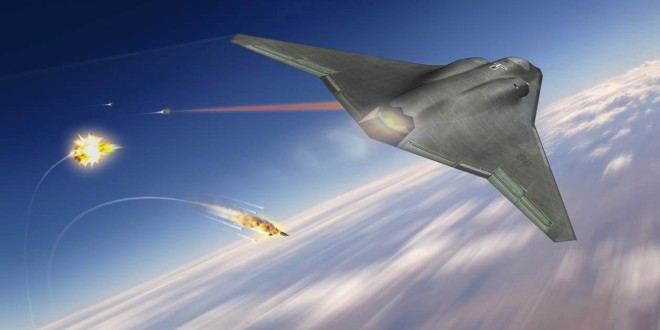 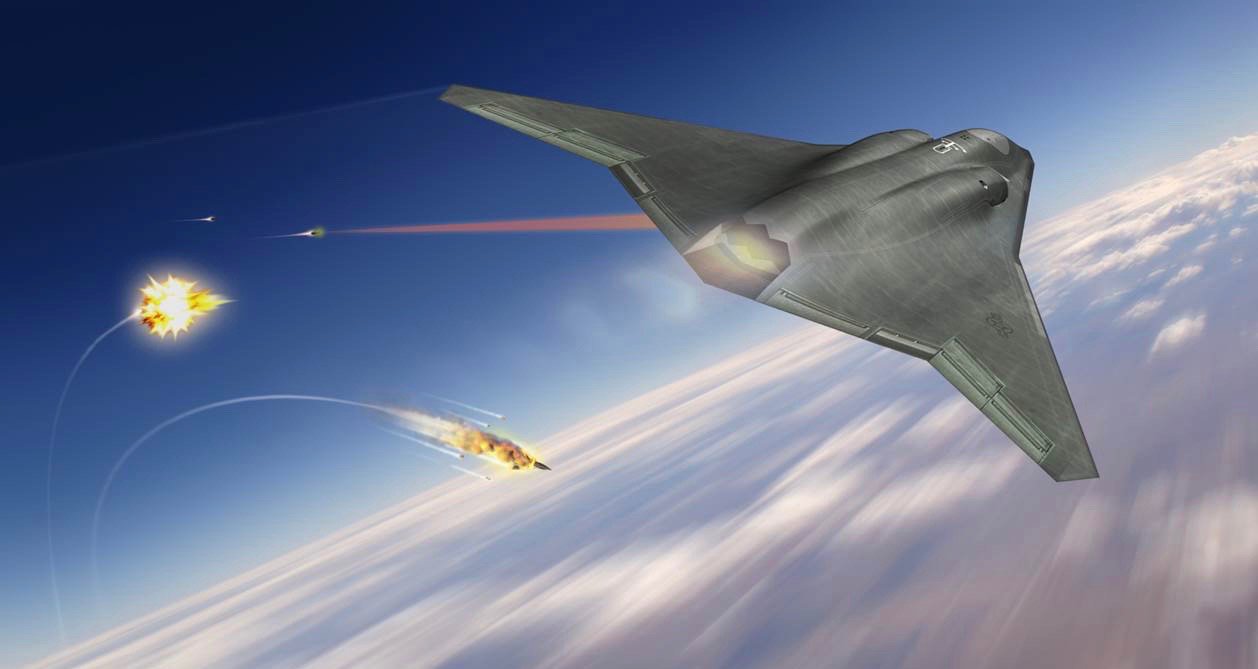 O.k., so, DefenseReview (DR) has ben covering the development of laser-weaponized combat aircraft, including supersonic laser-weaponized fighter aircraft, for the last few years, now. Cut to two days ago, when we came across a Breaking Defense piece on the the Nortrop Gumman NG Air Dominance (NGAD) development program, which has reportedly already produced a laser-weaponized prototype. The NG Air Dominance, a 6th-generation fighter aircraft developed for the U.S. Navy’s F/A-XX program, is billed as a potentially-supersonic low-observable/stealth multi-role ‘super jet’ fighter aircraft with a flying wing design and the rough look of a “baby B-2” bomber.

The U.S. Navy has high hopes for the F/A-XX multirole fighter aircraft, as it’s designed to replace both the Boeing F/A-18 E/F Super Hornet air-to-air/air-to-ground multi-role fighter and Boeing EA-18G Growler electronic airborne attack (AEA) aircraft with a single aircraft that no one can detect/see on radar–and the Navy wants it by 2030. It should be noted that Boeing isn’t just fading quietly into the night on this thing and letting Northrop Grumman just come in and eat their lunch, as they’re (Boeing) currently developing their own F/A-XX solution, AND they’ve got their own potentially-viable laser-weapon solution for it, as does Lockheed Martin. In fact, the 30-kilowatt, 360-degree-capable Lockheed Martin Aero-adaptive Aero-optic Beam Control (ABC) laser weapon turret looks pretty tough to beat right now. It’s pretty badass. 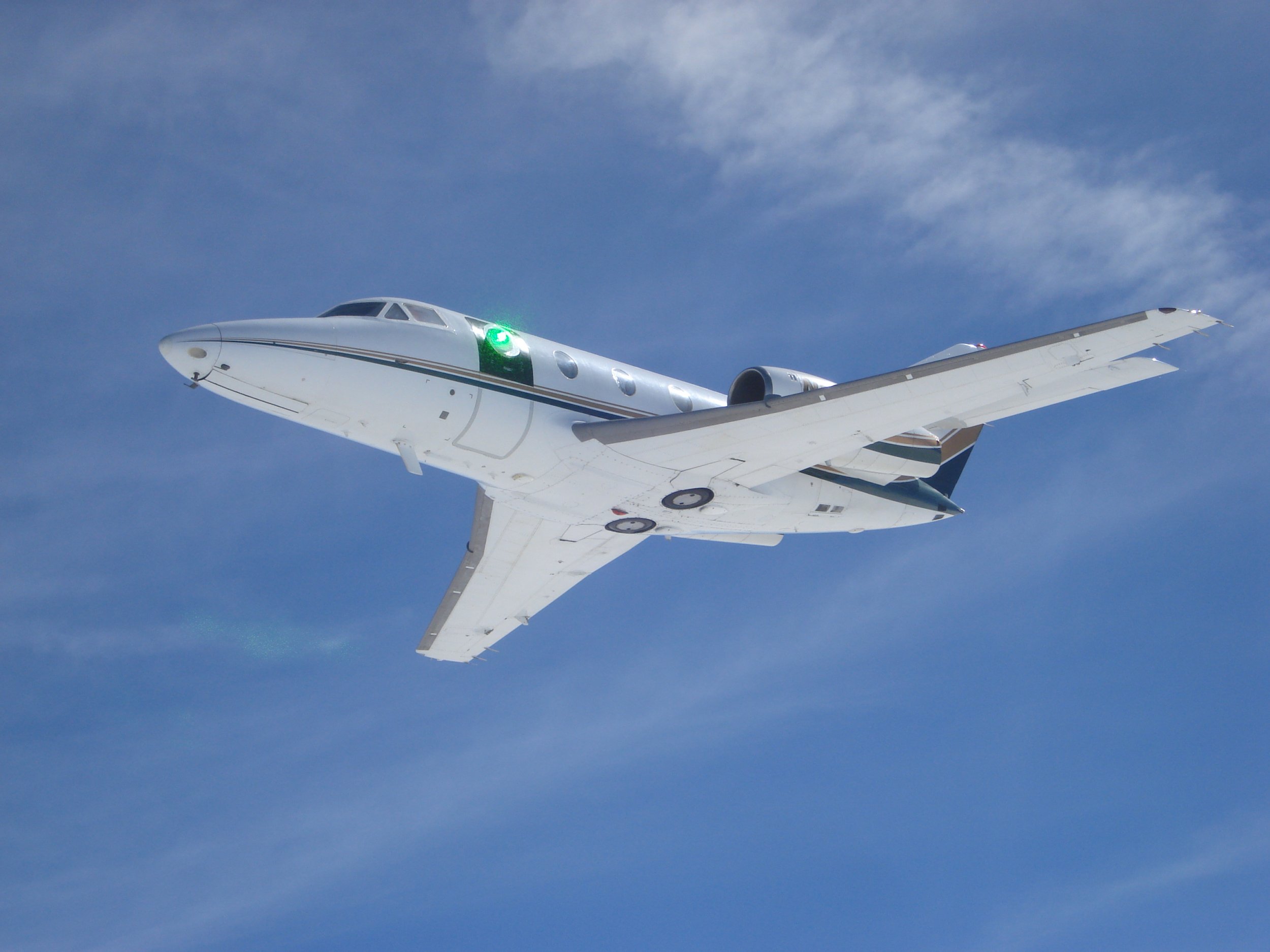 Regarding the laser weapons/cannon aspect of F/A-XX Air Force General Hawk Carlisle is on record as saying that they’l have a ” directed energy pod” they can “put on a fighter plane very soon”, which is a REAL game-changer, assuming the laser works as advertised, viable for both air-to-air and air-to-ground engagements, and doesn’t overheat or create too much of a heat signature. According to Breaking Defense’s reportage, laser-heat management’s the key/kicker. Here’s the key piece/portion of the Breaking Defense piece on this crucial peice of the NG Air Dominance laser-weapoonization pie:

One of the keys to this new weapon, which is in the earliest stages of head-scratching and planning, will be heat management. As Northrop president for aerospace Tom Vice noted, lasers operate at 33 percent efficiency when all goes well. That means there’s enormous heat to dissipate and that will be just from the lasers.

Defense Review has a number of questions about the NGAD’s proposed laser-weapon hardware, specifically the maximum power and burst length, multiple-target-engagement capability, and charging and recharging aspects. For example, how long can you keep the laser on a single target? Can you effectively engage multiple enemy aircraft and/or ground targets rapidly, and if so, how many and how rapidly? Does the laser weapon/cannon have to be recharged after every shot, and if so, how long does that take? If not, how is the laser powered, and how is that power supply sustained? These are just some of the initial questions we have about the tech. 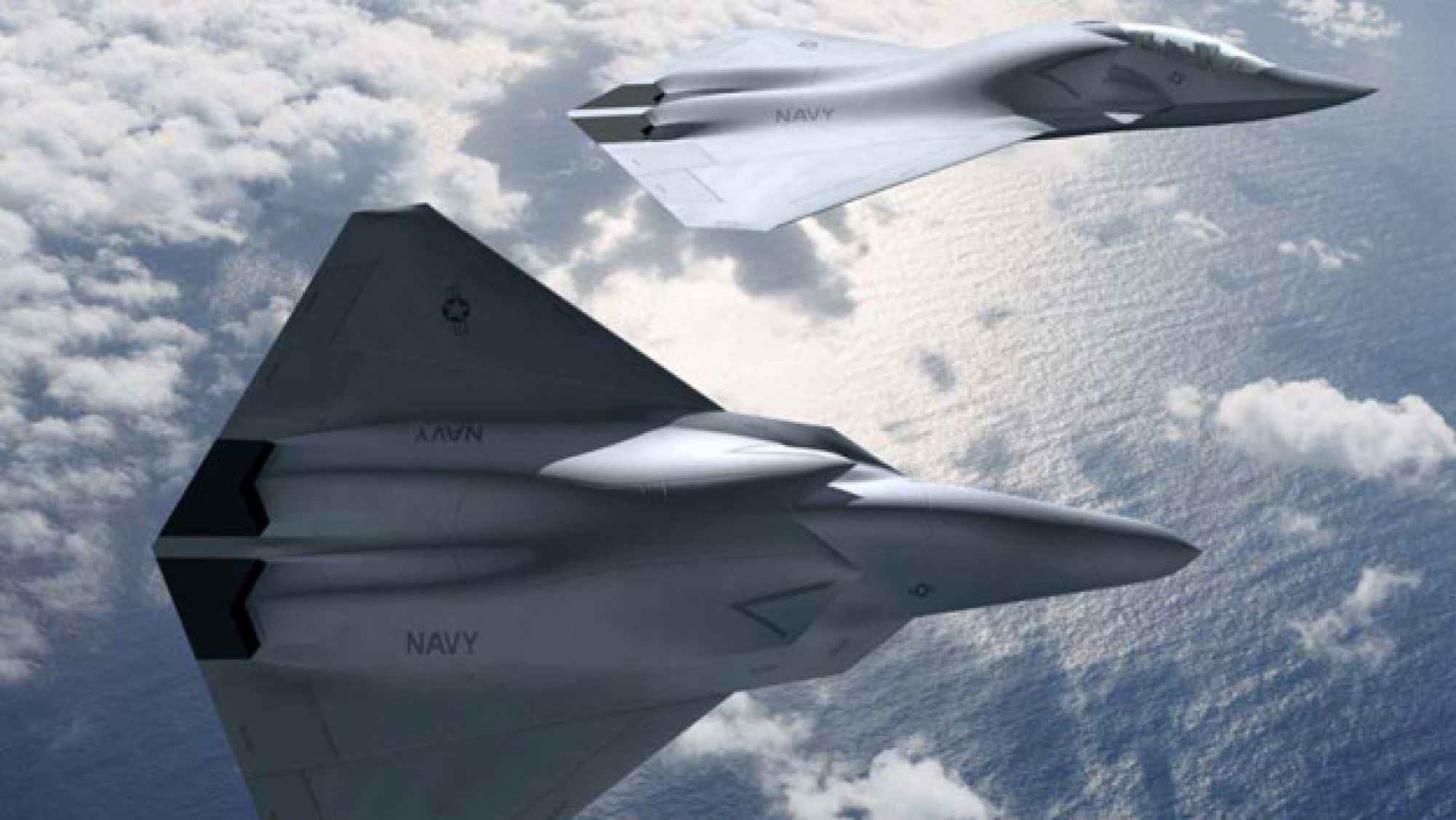 It would be nice if Northrop Grumman can give the NG Air Dominance stealth fighter supercruise capability, just like the F-22 enjoys. Is it possible that Northrop Grumman can even make a supersonic/hypersonic variant of NG Air Dominance with precision global-strike capability, using the new Reaction Engines SABRE (Synergetic Air-Breathing Rocket Engine), which DR recently covered, or an engine with similar capability (perhaps black/classified)? That would be REALLY interesting. You would of course, ideally, want specially-designed exhaust nozzles to mask/reduce heat signature to integrate thermal stealth with radar stealth. It would also be great to see an American version of the recently-developed Chinese “ultra-thin”, lightweight and “tunable” UHF microwave-radar-absorbing cloaking/stealth material developed for the NGAD stealth aircraft’s skin. Now, that would be something.

In any case, the Northrop Grumman NG Air Dominance is designed to be an ultra-long-range combat aircraft that can “carry a lot of weapon”, according to Northrop’s vice president for research, technology and advanced design, Chris Hernandez.

David Crane started publishing online in 2001. Since that time, governments, military organizations, Special Operators (i.e. professional trigger pullers), agencies, and civilian tactical shooters the world over have come to depend on Defense Review as the authoritative source of news and information on "the latest and greatest" in the field of military defense and tactical technology and hardware, including tactical firearms, ammunition, equipment, gear, and training.
Previous Midwest Industries’ Latest and Greatest MI QD Mounts and MI G3 KeyMod and M-LOK Tactical Handhguards/Rail Systems for Tactical AR-15 Rifle/Carbine/SBR’s!
Next Rise of the Robot Soldier and Squad X Core Technologies (SXCT): ‘Terminator’-Like Artificially-Intelligent (AI) Cybersoldiers and Drone and Boat Swarms to Augment Infantry Warfighters with Total, Multi-Perspective 3D Battlefield Awareness, or just Kill all of Us?