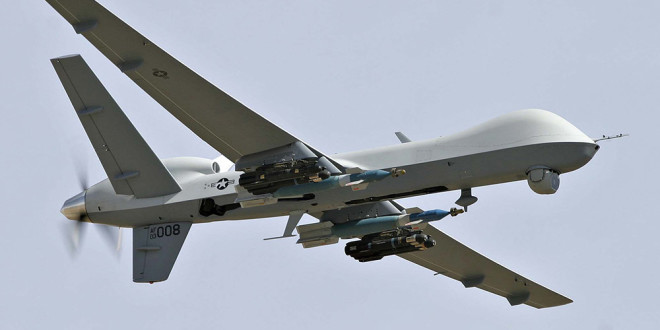 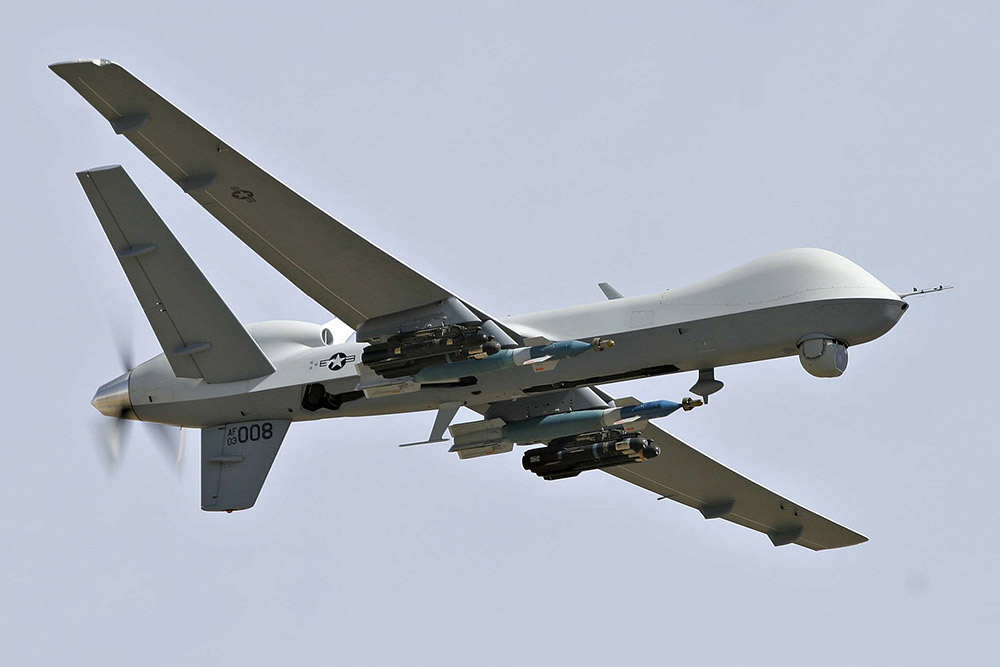 O.k., so the article title may be a bit hyperbolic considering the Gorgon Stare-retrofitted General Atomics MQ-9 Reaper UAS/UAV (Unmanned Aircraft Systems/Unmanned Aerial Vehicle) is non-weaponized, but if this thing can see you and locate you, how hard is it for a weaponized MQ-9 Reaper armed with a full load of HellFire II missiles or JAGMs (Joint Air-to-Ground Missiles), Fairchild Republic A-10 Thunderbolt II “Warthog” CAS (Close Air Support)/ground attack aircraft, Boeing AH-64D Apache Longbow attack helicotper, Lockheed AC-130H Spectre or AC-130U Spooky gunships, or McDonnell Douglas/Boeing F/A-18 E/F Super Hornet fighter aircraft to follow up with a fast and highly-lethal strike on you? Probably not very hard.

Gorgon Stare’s purpose is to give U.S. military forces a constant and complete view of the battlespace at all times, to be the all-seeing eye in the sky, if you will, providing tactical aerial omniscience and omnipresence. The key, of course, is a net-centric (network-centric) system with a short OODA loop (Observe, Orient, Decide, and Act), where the Gorgon Stare-outfitted MQ-9 is in constant real-time comms (communication) with the aforementioned multiple armed/weaponized aircraft and infantry forces.

But I digress. Let’s get to the technology, itself. Gorgon Stare is essentially an advanced “eye-in-the-sky” multi-camera system combining electro-optical (EO) and thermal/infrared (IR) cameras, courtesy of BAE Systems and ITT Defense. They’re currently working on the Increment II version of the system which combines superior coverage and resolution, as well as color EO cameras versus the Increment I black-and-white EO cameras. Sierra Nevada Corporation (SNC) (not the beer company) is designing Increment II to be an open-architecture system that can accept additional, more advanced sensors as technology marches forward. It would seem logical that synthetic aperture radar (SAR) might be integrated into Gorgon Stare, at some point in the near future, for instance.

The ultimate goal, of course, is to have at least one Gorgon Stare MQ-9 Reaper UAS/UAV flying around at all times, and then saturate the battlespace with HellFireII/JAGM-armed/weaponized MQ-9 Reapers, so you can remotely destroy any enemy target of opportunity at a moment’s notice, as soon as it presents itself, with the press of a button. Some artificial intellegence and/or movement analysis algrorithms would be helpful, so that any kind of aggressive or hostile movement hapening anywhere on the ground is immediately located/identified for follow-up violent action. Ideally, you’d want to equip infantry ground troops with handheld PDAs and helmet-mounted displays (HMDs) (or head mounted displays), so they can be privy to the aerial data, as well.

David Crane started publishing online in 2001. Since that time, governments, military organizations, Special Operators (i.e. professional trigger pullers), agencies, and civilian tactical shooters the world over have come to depend on Defense Review as the authoritative source of news and information on "the latest and greatest" in the field of military defense and tactical technology and hardware, including tactical firearms, ammunition, equipment, gear, and training.
Previous New Book on the Tactical Deployment/Employment of Silenced/Sound Suppressed Tactical Firearms: “Tactical Use of Low-Signature Weapons for Military & Police”
Next Higher Capacity 55-Round 5.56mm NATO and 32-Round 7.62mm NATO Rifle Magazines for Tactical AR (AR-15 and SR-25-type) and M14/M1A Rifles/Carbines/SBRs (Photos and Video!)