The photos below are of a Boeing AH-64D Apache Longbow helicopter gunship (a.k.a. advanced attack helicopter a.k.a. advanced combat helicopter) that was stationed in the parking lot outside the Greater Fort Lauderdale/Broward County Convention Center during AUSA Winter Symposium and Exhibition 2007. The first photo (below-right) is of the helo taking off at the end of the day, right after the show ended on March 09, 2007, and I think it’s a pretty cool shot. This was the very last shot I snapped at the show. It was also the last available photo space on my camera. In fact, I had to delete another photo just to make room to be able to shoot it.

I shot these photos using a 7.2-megapixel Sony Cyber-shot digital camera (Model #: DSC-P150). The shot of the helo taking off was…

a tough one to get because I was shooting a moving target that was kicking up a lot of dust, which blew right in our direction. The challenge was to catch the helo at the right moment, keep it centered in the frame, and not shoot it with too fast a shutter speed (which would have frozen the rotor blades, making them look static). Getting the rotor blade motion was important in order to give the viewer the realistic effect of the Apache in motion, not just stuck in space.

By the way, in case you’re wondering what that is in the background, it’s the SE 17th St. Bridge in the up position, not buildings.

Watching an AH-64D Apache Longbow attack helicopter take off right in front of you on a downtown city street is an interesting experience, to say the least. 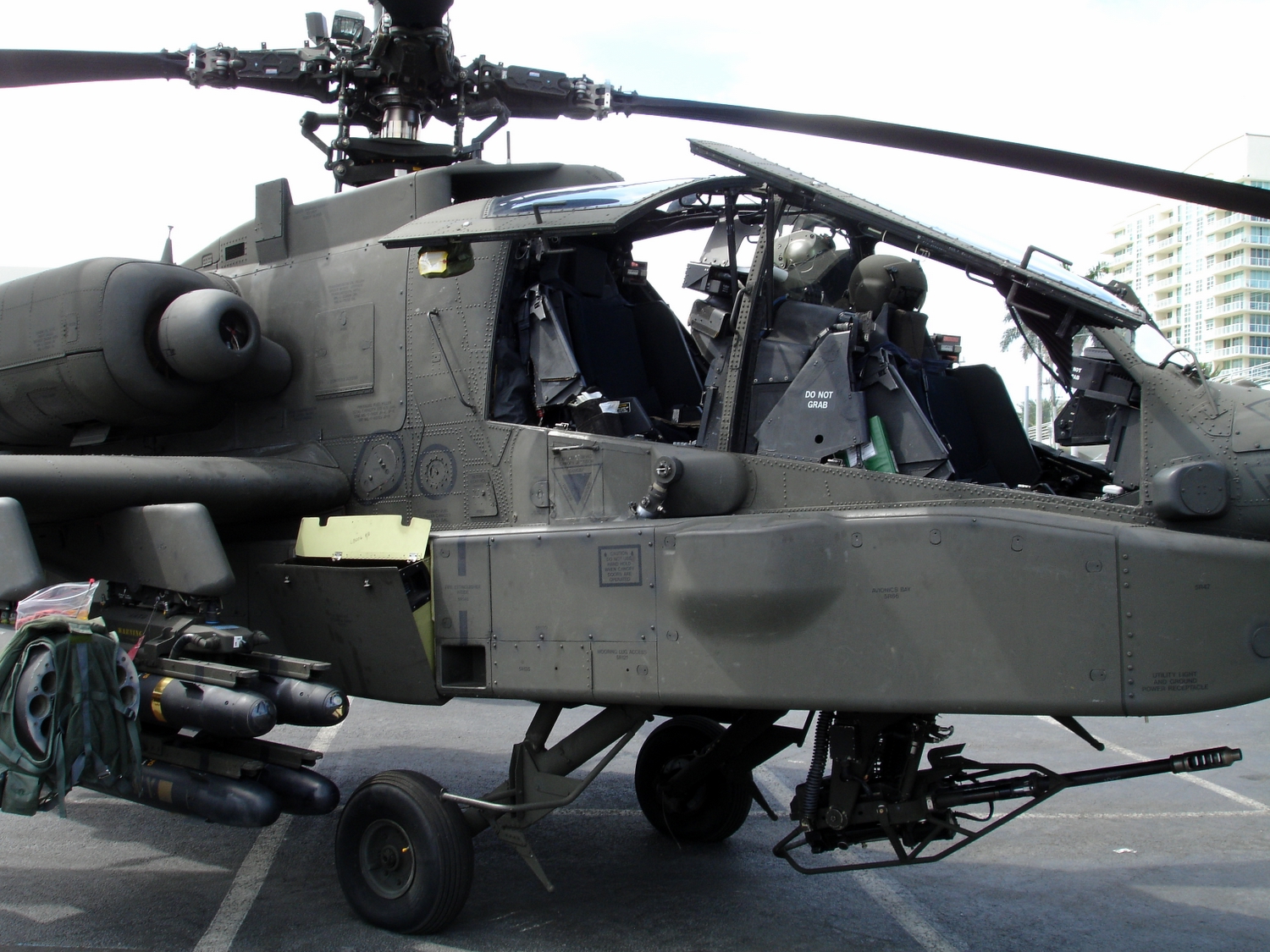 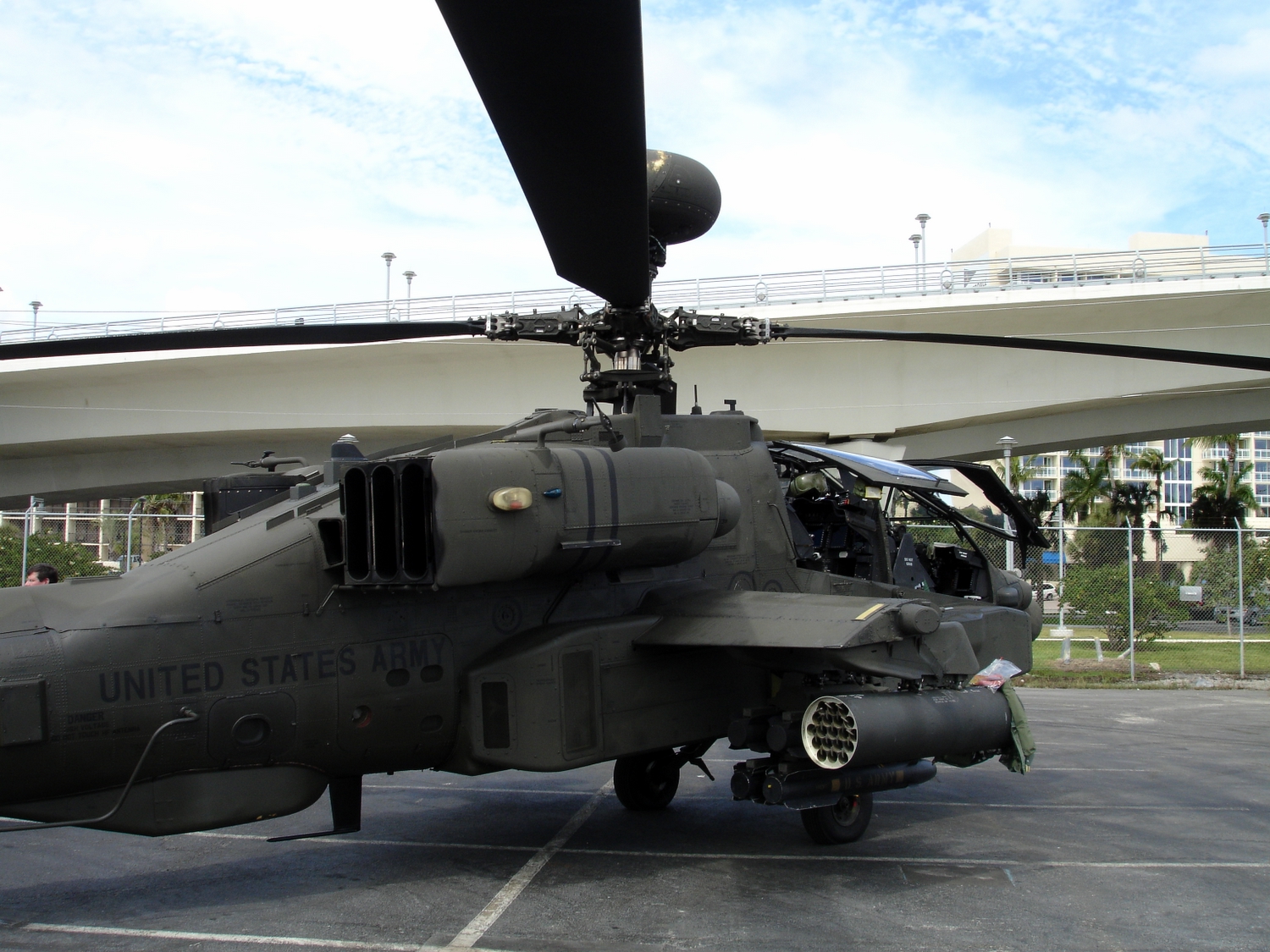 David Crane started publishing online in 2001. Since that time, governments, military organizations, Special Operators (i.e. professional trigger pullers), agencies, and civilian tactical shooters the world over have come to depend on Defense Review as the authoritative source of news and information on "the latest and greatest" in the field of military defense and tactical technology and hardware, including tactical firearms, ammunition, equipment, gear, and training.
Previous DefRev First Look: BAE Systems RG33 Series MRAP Vehicles
Next Golan Mine Resistant Ambush Protected (MRAP) Vehicle on Display at AUSA