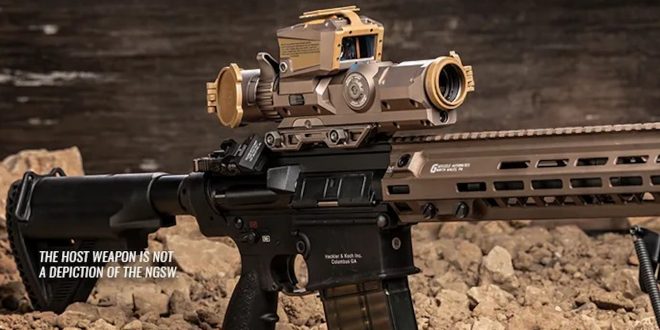 DefenseReview’s (DR) published a lot of information about Vortex Optics combat optics and scopes AND fire control systems/smart scopes in general (see “Related Articles” below for both). However, to date, we haven’t done a piece on the US Army’s new smart scope, the Vortex Optics XM-157 Next Generation Squad Weapon-Fire Control (NGSW-FC) , which is a 1-8×30 optic built around a “revolutionary Active Reticle® technology and is based on many years of research and development”. This 1-8x (1-8 power) smart scope makes hitting enemy targets much easier at all ranges, whether or not their moving. In theory, the Vortex NGSW-FC will turn every member of the squad into a an instant expert marksman/sniper, without all that difficult, expensive, and time consuming extra training and skill acquisition.

So, what made us finally want to cover the Vortex XM-157 NGSW-FC? Well, it’s definitely important enough to cover, and we arguably should’ve done it sooner, AND Garand Thumb just did a very nice video review of it (see embedded videos below), we’re big fans of his YouTube channel, and he frankly reminded us of it. Garand Thumb got to talk with Vortex’s XM-157 Project Manager Paul Alexander, and Mr. Alexander explained the XM-157 this way as follows (edited for syntax and readability): 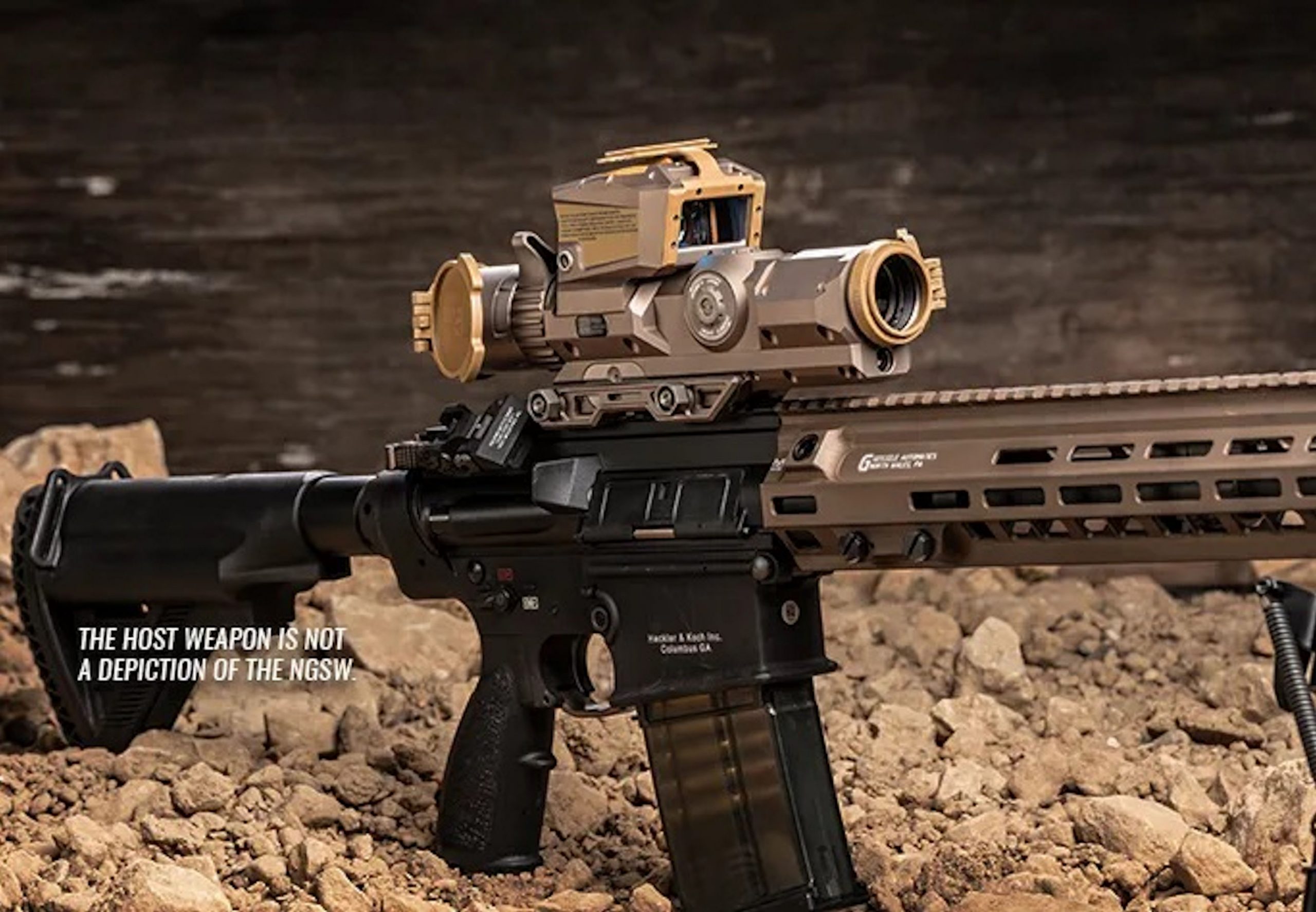 “This is the sister program to the NGSW weapons, the Fire Control. So, at its core the optic that we’re looking at is a one to eight optic with a integrated display in the first focal plane and a Laser Rangefinder incorporated into it so with the press of a button, and in a fraction of a second, the system will range a target, receive the range back, calculate the ballistics based on the range to target, and the environmentals, and then it’ll display a drop point for the user inside their field of view as they’re looking through the scope.”

To which Grand Thumb replied:

“It’s absolutely psychotic when I’ve actually been using it. So, we started up the range just at about 0 to 50, just kind of getting used to it. It’s much like, you know, any other one to six, one to ten that Vortex has made. But, when I started shooting it out here at extended distances, it’s just crazy how simple it is to make shots and impacts. It really does blow my mind.”

Then, Alexander added this tidbit of additional XM-157 attributes:

“It also gets the sighting system, those auxiliary sighting systems such as your vis [visible] and IR [InfraRed] aiming lasers off of the rail of a weapon and can be mounted to the receiver. So, we don’t need to be worrying about rail Flex nearly as much when we have a XM-157 mounted to the weapon.

Anyway, that’s enough of a transcript for you. Check out Garand Thumb’s rather long, extensive video below for the rest.