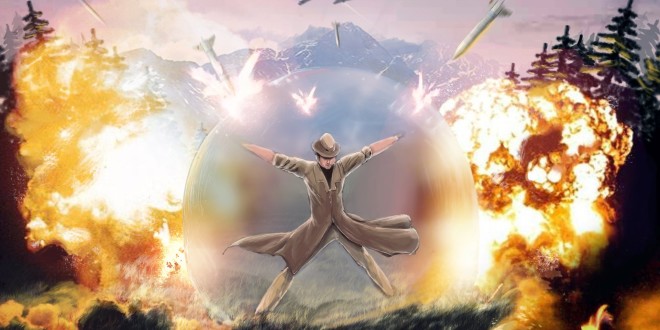 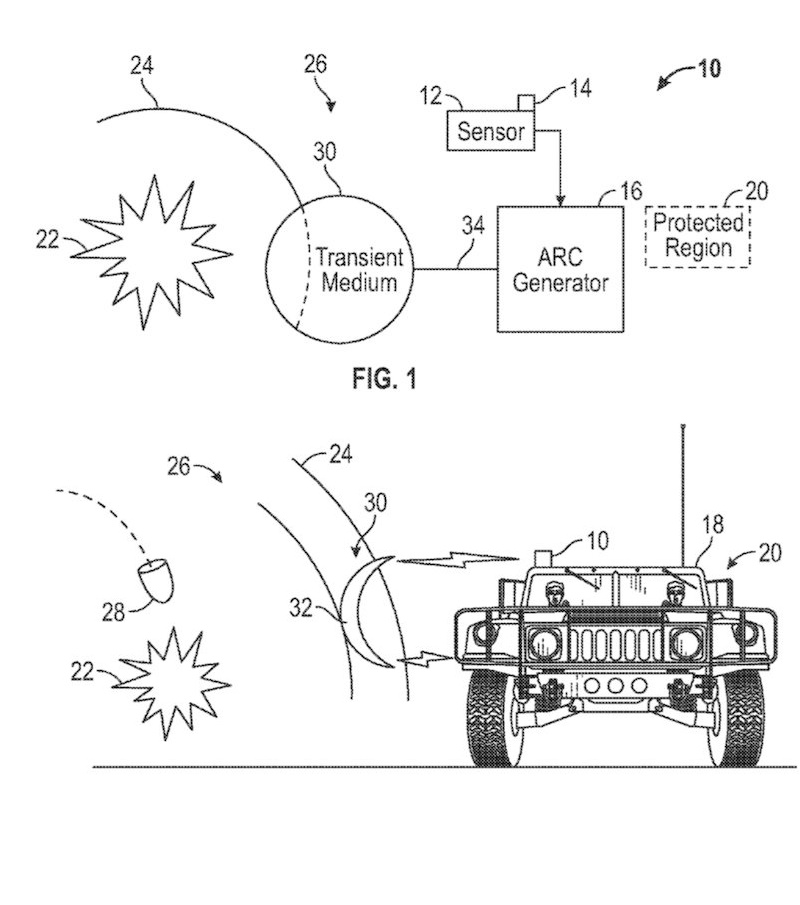 As long as we’re on the subject of Predator-type adaptive camo (camouflage)/visual cloaking tech, we might as well discuss a little Star Trek tech, as well. A Boeing engineer and senior research fellow named Brian J. Tillotson was awarded a patent (US 8,981,261 B1) for a “method and system for shockwave attenuation via electromagnetic arc”, which is techno-speak for an anti-blast/explosive arc generator, or electromagnetic force field, on March 17, 2015. Basically, the device Tillotson designed utilizes a detector/sensor that sees the explosion, and instantaneously heats the air in front of whatever you’re protecting (vehicle, soldier/warfighter, etc.), creating an electromagnetic prism comprised of charged/ionized air particles that bends the deadly and destructive shockwave around the protected object, similar to how a lens or prism (or the latest adaptive camo/visual cloaking tech) bends light. The air between the blast/explosion shockwave and the protected vehicle or soldier would be ionized instantaneously, as fast as a lightning bolt.

livescience describes the mechanism as follows:

Sound waves (and other wave types) propagate faster in hot air, Tillotson said. For that reason, the shock wave would speed up when it hits the heated air around the electrical discharge. As the shock wave speeds up, it would change direction slightly, or refract, away from the person or object behind the arc. That bending occurs because of the change in speed of the wave, and the shape of the area of hot air the shock wave hits determines the exact direction. [Read the livescience piece, here.]

An arc generator-type forcefield isn’t the only way to go, apparently. Tillotson says a laser-based anti-blast/shockwave system would also work, since a laser would have the same effect.

Here’s the patent application abstract on it: 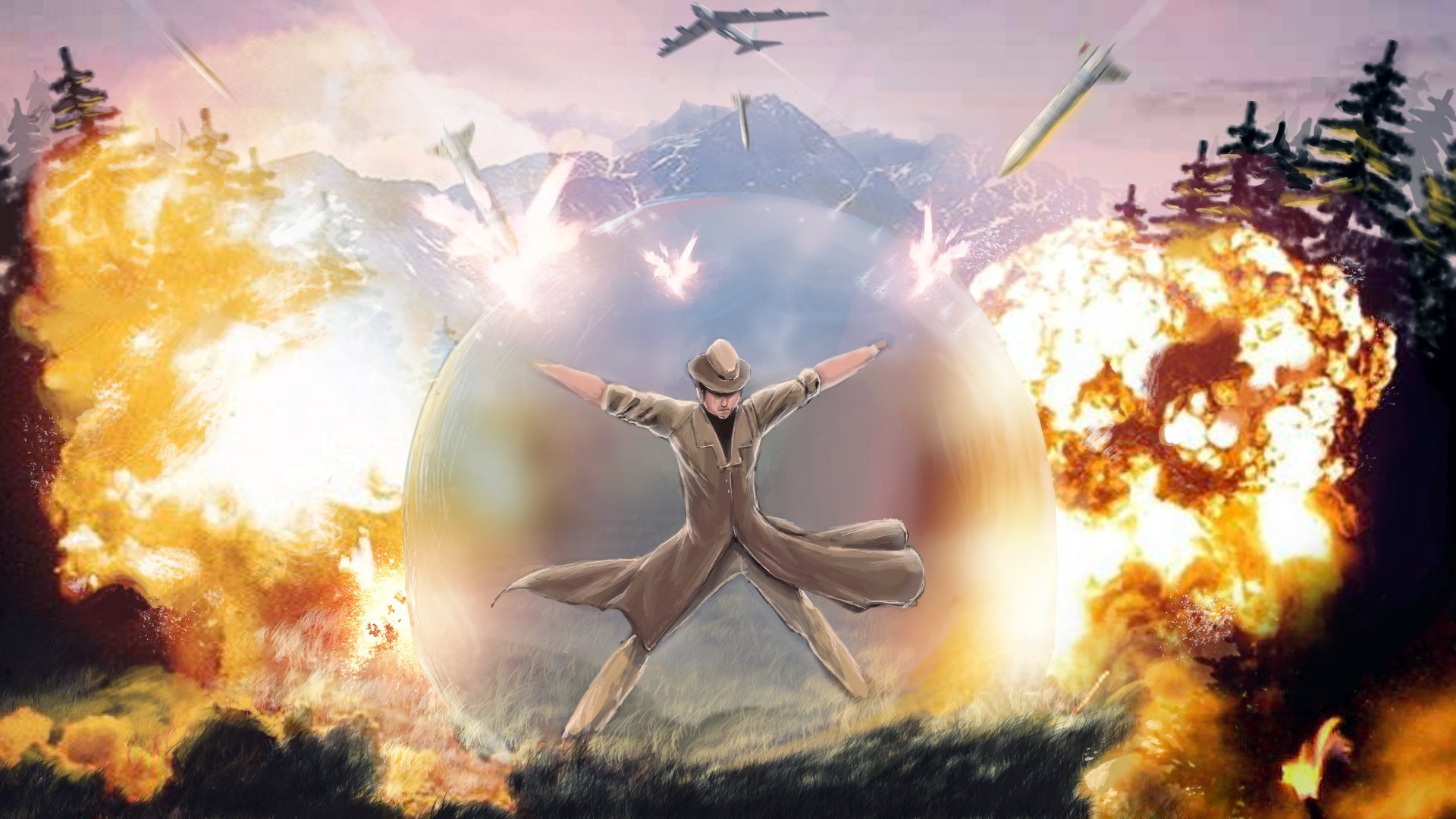 “A method and system for attenuating a shockwave propagating through a first medium by heating a selected region of the first fluid medium rapidly to create a second, transient medium that intercepts the shockwave and attenuates its energy density before it reaches a protected asset. The second medium may attenuate the shockwave by one or more of reflection, refraction, dispersion, absorption and momentum transfer. The method and system may include a sensor for detecting a shockwave-producing event, determining a direction and distance of the shockwave relative to a defended target and calculating a firing plan, and an arc generator for creating the second medium. The arc generator may create the second medium by creating an electric arc that travels along an electrically conductive path utilizing at least one of high intensity laser pulses, pellets forming a conductive ion trail, sacrificial conductors, projectiles trailing electrical wires, and magnetic induction.”

DefenseReview (DR) will try to get some additional information on the technology as soon as possible.

Trophy vs. Quick Kill: Which is the better defense against anti-tank munitions?