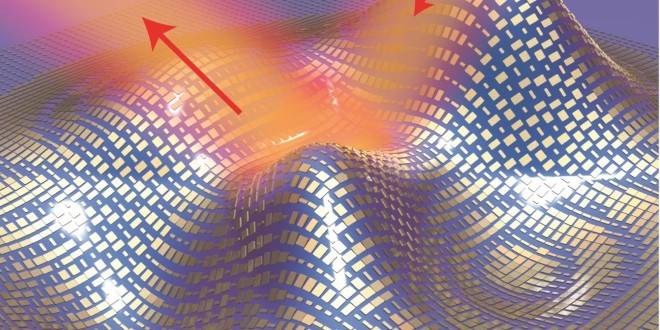 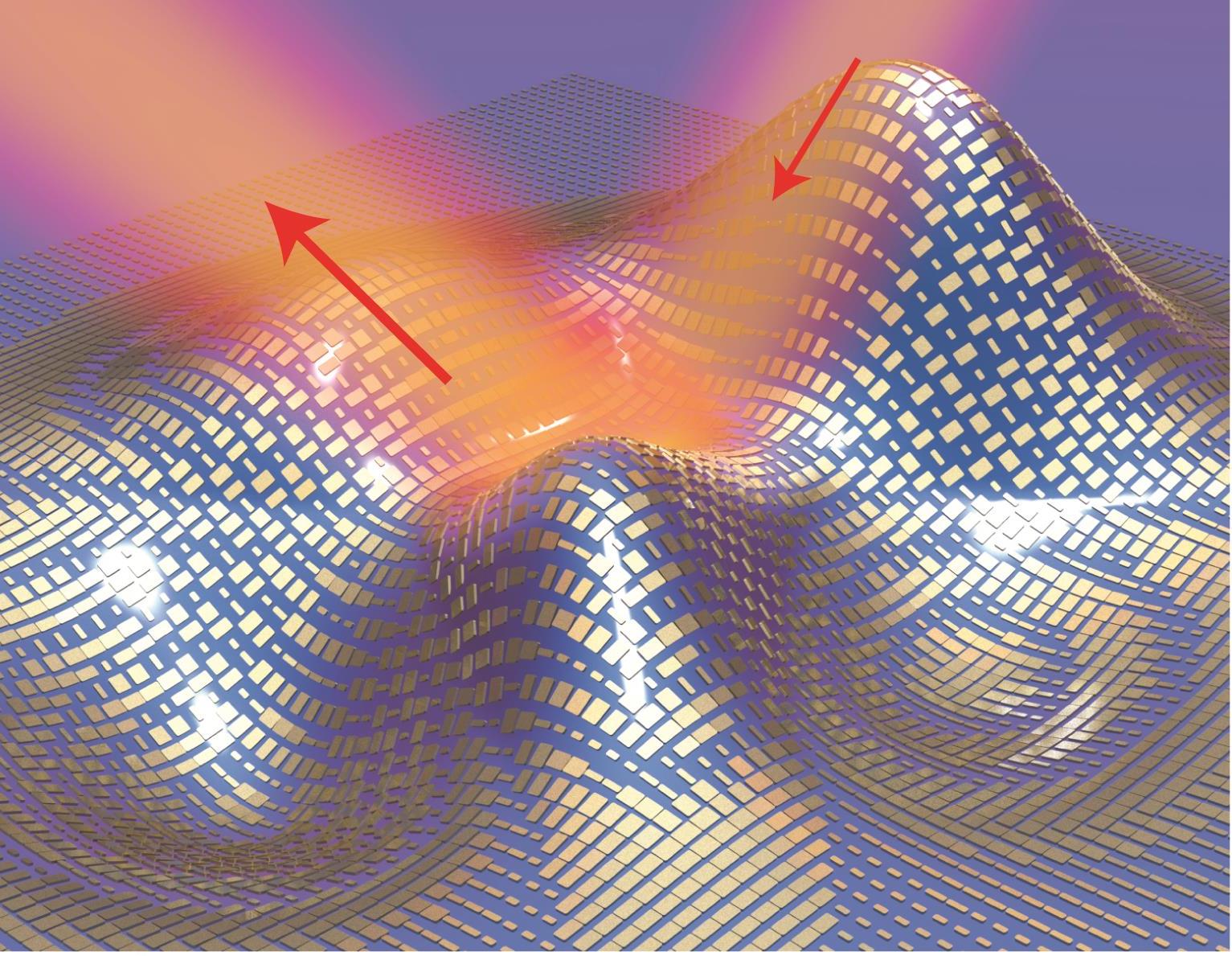 Here we go again with more Predator tech. Just 10 days ago, DefenseReview (DR) reported on a UC San Diego Jacobs School of Engineering (JSE) research team designing and developing a new adaptive camouflage/visual cloaking technology in the form of an “extremely thin dielectric metasurface for carpet cloaking“. Well, buckle in, because a Lawrence Berkeley National Laboratory (or, “Berkeley Lab“) team led by materials science director Xiang Zhang has come out with their “ultrathin invisibility cloak” consisting of a “50-nanometer-thick layer of magnesium fluoride topped by a varying pattern of tiny, brick-shaped gold antennas, each 30 nanometers thick”. The gold-antenna bricks vary in size from 30 to 220 nanometers long and from 90 to 175 nanometers wide. Understand that the average human hair is 100,000 nanometers wide.

So, the Zhang’s team’s gold-nano-brick adaptive camo/visual cloaking tech would appear to be significantly thinner than the UC San Diego team’s tech. Anyway, in one test, the Berkeley National Lab team wrapped a 36-micron-sized irregularly-shaped object with the ultra-thin gold-antenna-brick sheet, and hit it with a 730-nanometer-wavelength near-infrared light. The light bounced off the cloak, but it did it without revealing the object’s location, “as though there were just a flat mirror in its place”, according to the research team, and even the object’s edges are invisible. Basically, the gold bricks reflect the light in a manner that maintains its frequency and phase. And, you can tune the bricks to make the reflected light look like anything you’d like. So, not only can you make the object look like the backround behind it, but according to Zhang, “you could cover a tank with it and make it look like a bicycle.” Pretty cool. The technology’s mechanism is supposedly superior to light-bending cloaking technologies, since it’s both thinner and easier to shape around the objects it’s cloaking.

Zhang claims his team’s gold-nano-brick cloaking tech works from any angle and is multispectral, working in multiple light wavelengths. Defense Review is curious if the new tech will work in the visible light, near-infrared, thermal/IR (InfraRed), and SWIR (ShortWave InfraRed) spectrums. If it does, Zhang’s team is really onto something. Making 3-dimensional (3D) objects disappear in ALL light spectrums/wavelengths in military combat environments with an ultra-thin, ultra-light, and ultra-flexible/maleable material that’s also financially feasible for large-scale use is the ultimate goal. It will be interesting to see if this new tech achieves that.

It will also be intersting to see how it performs versus the Hyperstealth Quantum Stealth adaptive camo/cloaking tech that DR’s been following for a few years, now.

David Crane started publishing online in 2001. Since that time, governments, military organizations, Special Operators (i.e. professional trigger pullers), agencies, and civilian tactical shooters the world over have come to depend on Defense Review as the authoritative source of news and information on "the latest and greatest" in the field of military defense and tactical technology and hardware, including tactical firearms, ammunition, equipment, gear, and training.
Previous Grey Ghost Precision GGP Specter Light 5.56 and GGP Specter Heavy .308 Tactical AR Rifle/Carbines with Ambi Controls and Premium AR Components and Accessories (Video!)
Next Boeing Anti-Blast Arc Generator/Electromagnetic Force Field Tech Bends Shockwave around Vehicle or Soldier!