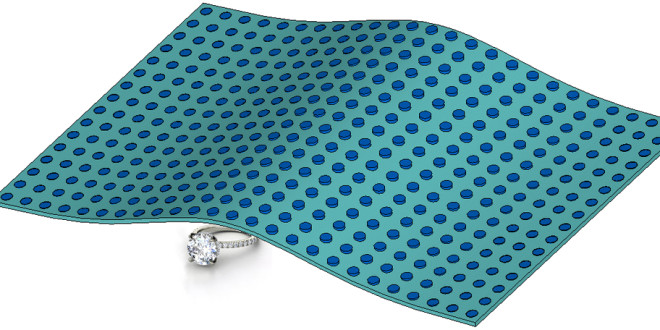 Anyway, since the Teflon sheet is non-light-absorptive, the object being cloaked looks completely flat, rather than generating a shadow. DefenseReview (DR) is going to try to confirm that the new cloaking tech is really multispectral, and cloaks objects in the near-IR (InfraRed)/night vision, thermal/IR light, and SWIR (Short-Wave InfraRed) light spectrums. The Inverse piece states the following:

The Homeland Defense and Security Information Analysis Center is, naturally, interested in using the new technology for drones — not just because they’re visually stealthy, but also because it avoids leaving an electronic or infrared signature, making it easier to fly below enemy radar.

However, Defense Review is skeptical about the above, particularly in the SWIR wavelength zone.

The following is the text from the UC San Diego Jacobs School of Engineering (Electrical and Computer Engineering) research team’s abstract on the adaptive camo/cloaking technology: 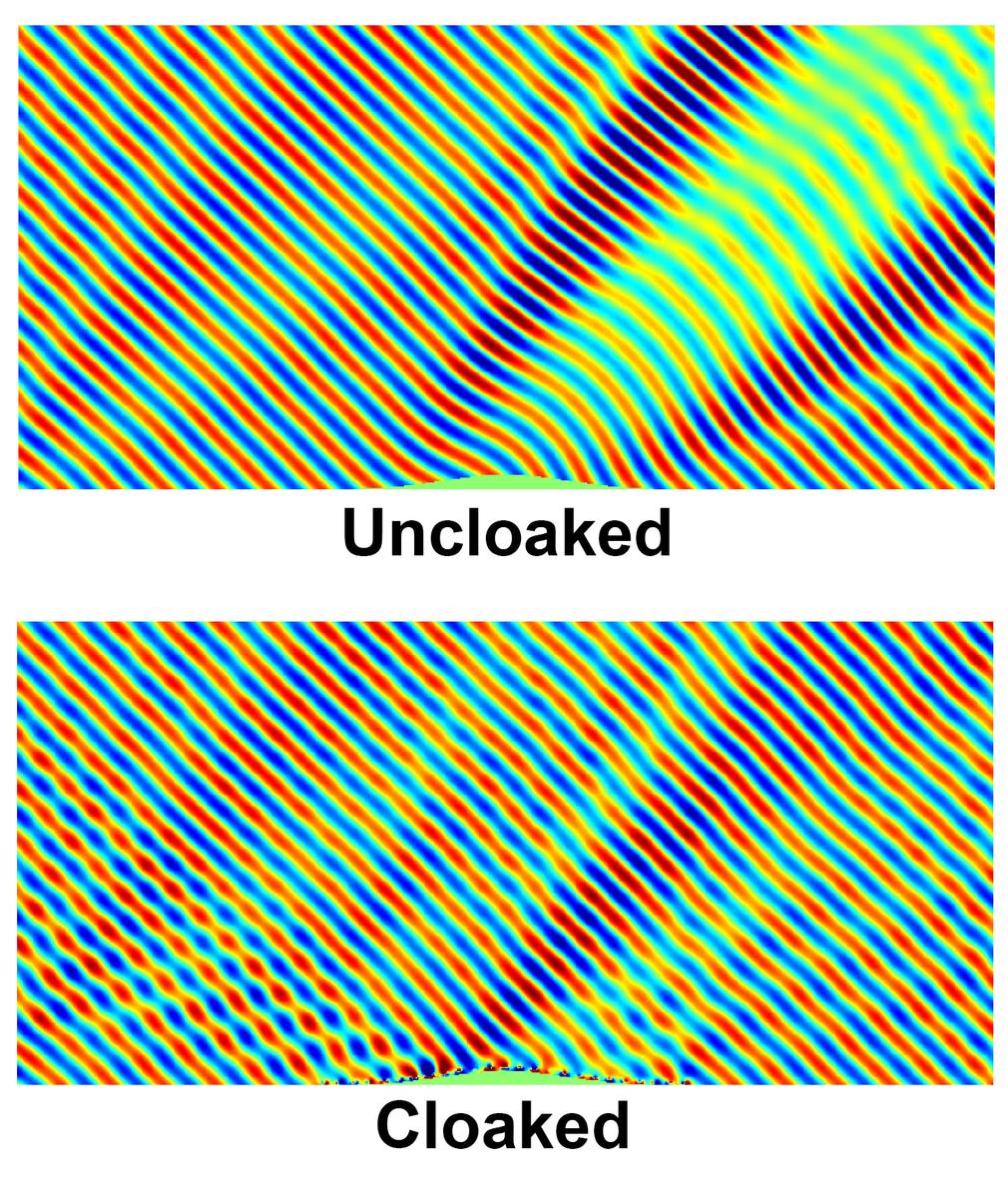 We demonstrate a novel and simple geometrical approach to cloaking a scatterer on a ground plane. We use an extremely thin dielectric metasurface to reshape the wavefronts distorted by a scatterer in order to mimic the reflection pattern of a flat ground plane. To achieve such carpet cloaking, the reflection angle has to be equal to the incident angle everywhere on the scatterer. We use a graded metasurface and calculate the required phase gradient to achieve cloaking. Our metasurface locally provides additional phase to the wavefronts to compensate for the phase difference amongst light paths induced by the geometrical distortion. We design our metasurface in the microwave range using highly sub-wavelength dielectric resonators. We verify our design by full-wave time-domain simulations using micro-structured resonators and show that results match theory very well. This approach can be applied to hide any scatterer under a metasurface of class C1 (first derivative continuous) on a ground plane not only in the microwave regime, but also at higher frequencies up to the visible.

You can check out the full research paper by clicking on this link. (PDF format)

If the research paper itself is a bit too technical for you, the UCSD Jacobs School of Engineering published their own article on the new Teflon/ceramic metamaterial cloaking tech, titled Engineers give invisibility cloaks a slimmer design.

Defense Review is going to try to get in touch with at least one of the people of the UCSD research team (comprised of Li Yi Hsu, Thomas Lepetit, and Boubacar Kante) to find out more about their (possibly multispectral) adaptive camo/visual stealth/cloaking tech, as soon as we can. DR’s published a fair amount of information on numerous visual stealth/adaptive camouflage/visual cloaking tech over the years, since it’s a prime area of interest for us, and we’re big fans of the movie Predator (1987). We’re particularly curious as to how this Teflon/ceramic metamaterial cloaking tech stacks up versus Hyperstealth Quantum Stealth (QS) light-bending adaptive camo for military combat/warfare applications.