The digital photos featured in this article are the exclusive property of DefenseReview.com. All photos were shot by Arnold Crane, Photographer.

The University of Texas at Austin’s Institute for Advanced Technology (IAT) Electromagnetic Systems Division showed off it’s electromagnetic rail gun (RailGun) technology demonstrator at the 24th Army Science Conference (ASC 2004), and DefenseReview was lucky enough to get to view it being fired. IAT’s demonstrator rail gun fired a lightweight aluminum projectile (approx. .45 caliber) through a soft target (cardboard or foam, I think) at high speed, and, well, it was pretty neat. Founded in 1990, IAT is an autonomous research unit tasked with aiding the U.S. Army and Navy with “basic an applied research in electrodynamics, hypervelocity physics, pulsed power, and education in related critical technologies”. In other words, they research, build, and test electromagnetic RailGun tech for the Army and Navy.

With an electromagnetic rail gun (a.k.a. EM projector), you don’t even need explosive projectiles, because… 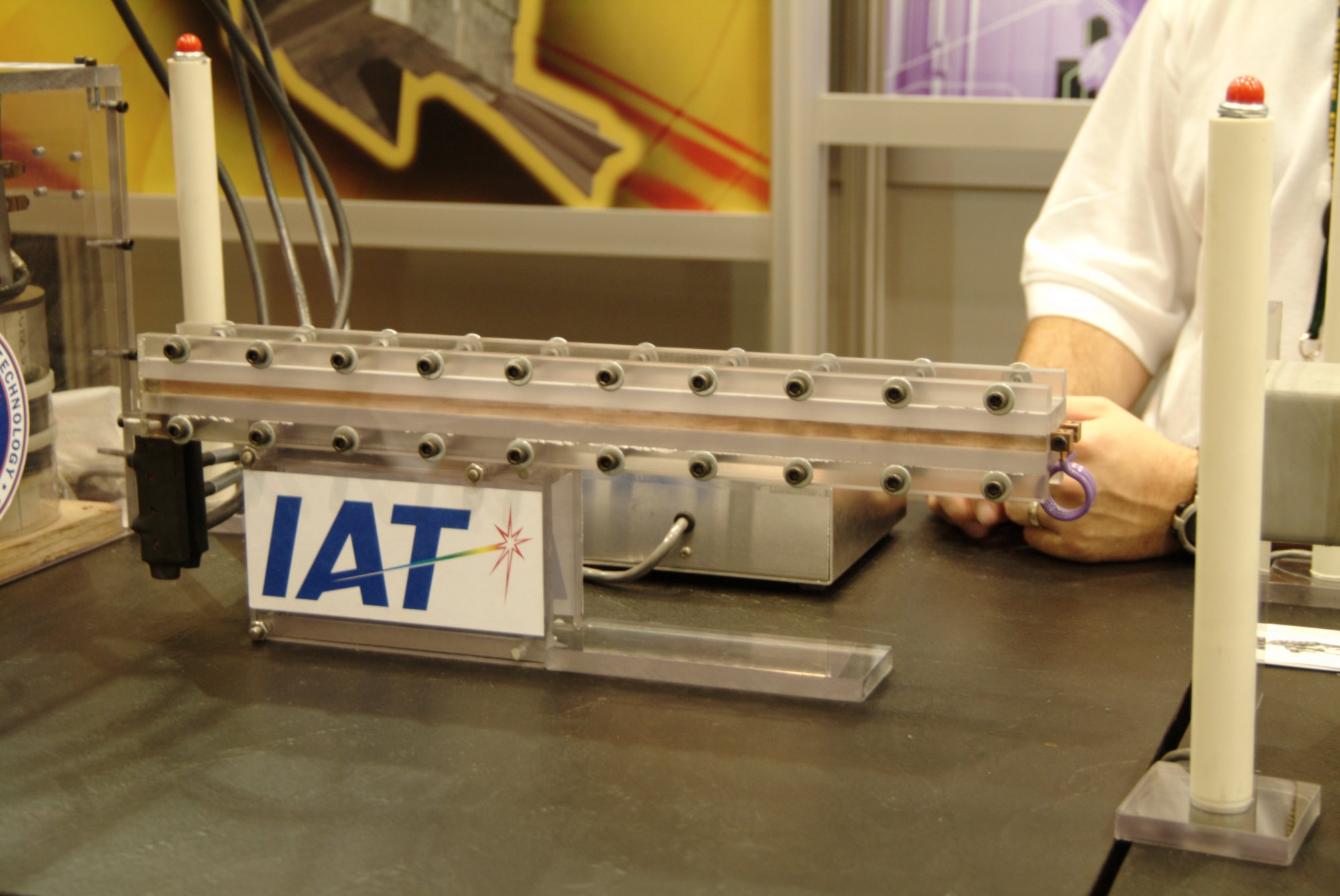 the projectile velocity is so high that the kinetic energy will create all the destructive force you need. As an added bonus, you also need much less projectile mass–the projectile can be much lighter and smaller, and still achieve the same level of destructive force. Assuming that DARPA (Defense Advanced Research Projects Agency), ARL (Army Research Laboratory) and NAVSEA (Naval Sea Systems Command) can overcome all of the inherent technological challenges and solve all the potential problems with elecromagnetic (EM) propulsion–like improving superconductivity of the gun rails and thus avoiding excessive heat and destruction of the gun upon firing and adequate power generation for the weapons system–America’s enemies will be in even bigger trouble than they already are.

The U.S. Navy plans to utilize EM rail guns on its DD(X) Destroyer. If successful, the DD(X) Destroyer will be a lethal combination of stealth technology and EM weapons technology. The enemy won’t be able to see it/locate it past 30 kilometers out, and the DD(X) will be able to locate and kill that enemy from about 100 kilometers out, and possibly as far out as 200 kilometers. You do the math. And, the kinetic energy projectiles can be GPS guided. 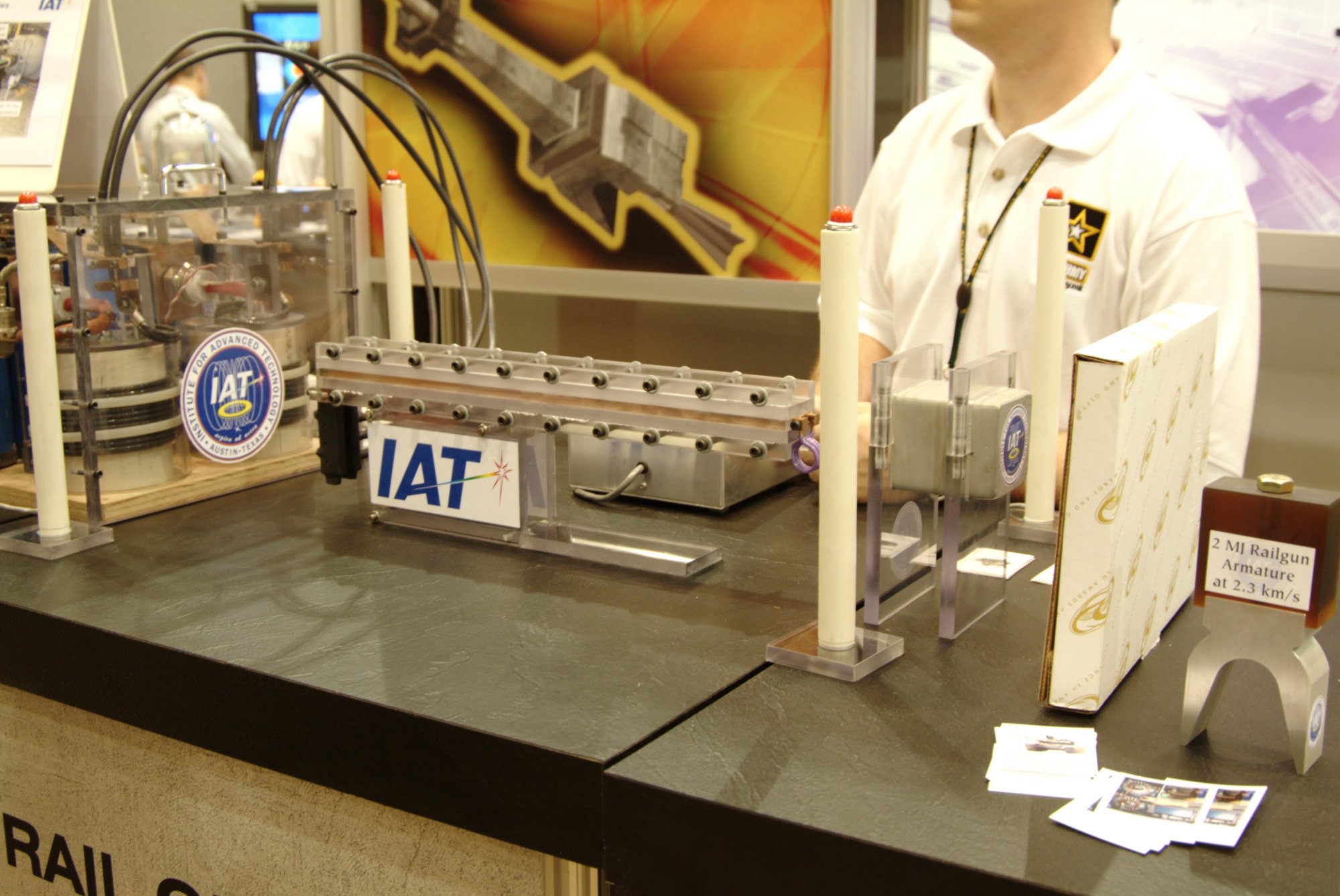 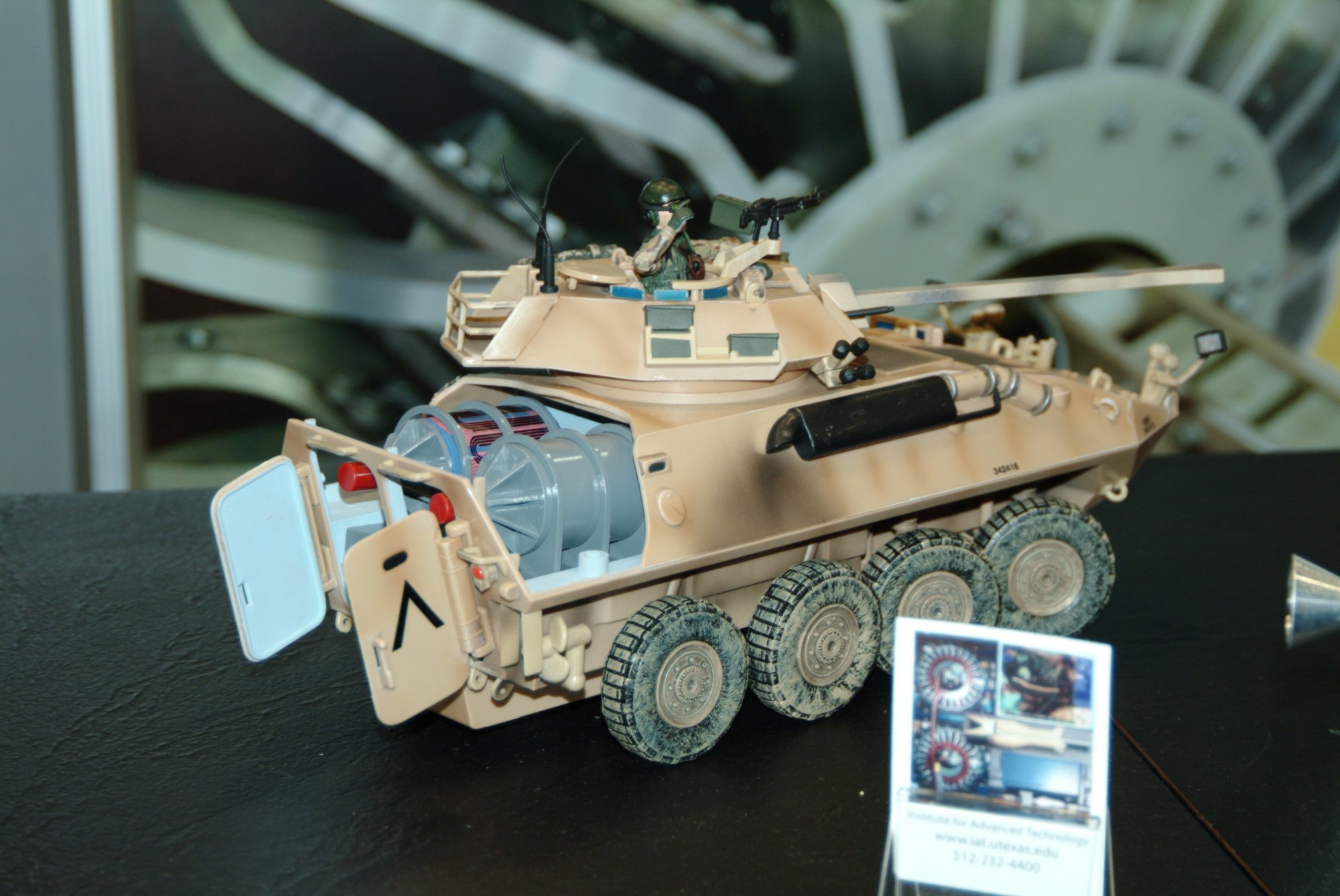 Anyway, if the U.S. military and development partners can perfect the technology, it’s going to be a brave new world on the 21st century battlefield, no doubt. Just make sure you’re behind the gun.

Defense Review plans to interview someone at IAT Electromagnetic Systems Division personnel about their EM gun (rail gun) project(s), sometime in the future.

In the meantime, Click here to visit the IAT (Univsersity of Texas at Austin) homepage.

David Crane started publishing online in 2001. Since that time, governments, military organizations, Special Operators (i.e. professional trigger pullers), agencies, and civilian tactical shooters the world over have come to depend on Defense Review as the authoritative source of news and information on "the latest and greatest" in the field of military defense and tactical technology and hardware, including tactical firearms, ammunition, equipment, gear, and training.
Previous DSA SA58 FN FAL Variant Tactical Carbine with Digital Urban Camo DuraCoat Finish
Next Patriot Arms Inc. Combat/Tactical Shotguns for Close Quarters Battle (CQB)