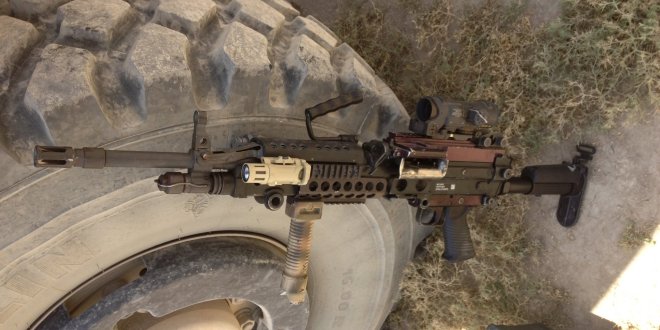 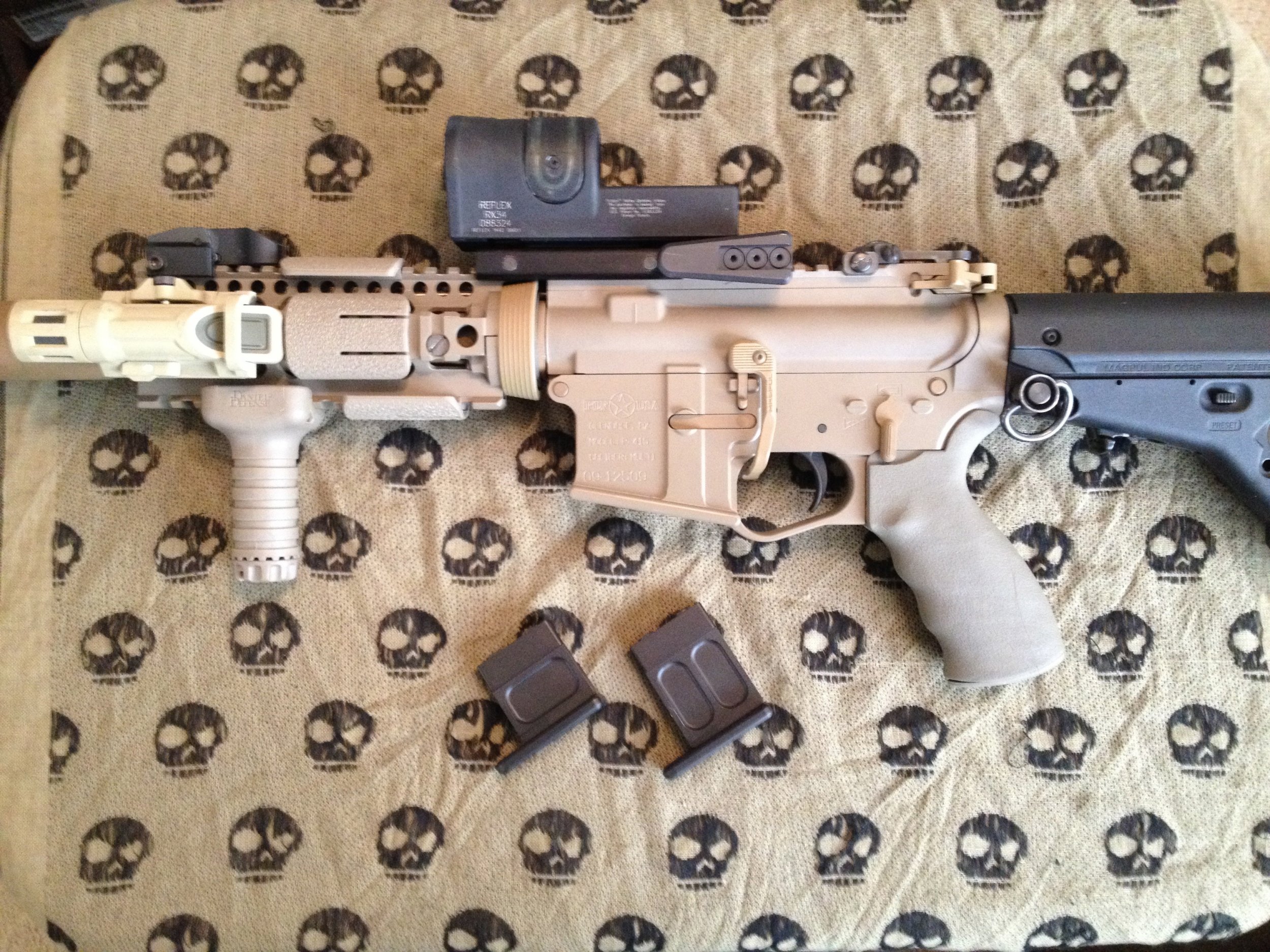 I, like my colleagues, have been using tactical lights, or “tactical white lights”, in one form or another, and in a multitude of different uses for mission needs, for quite some time. To say that a light is important is an understatement, and its quality, ease of use, design, and ability to properly illuminate cannot be understated. With so many companies making tactical and practical use lights today, it’s hard to walk your way through this and not take short cuts.

For just over a year, I’ve been testing and using a product line known as INFORCE [by Emissive Energy Corp.], a newer brand on the tactical scene. INFORCE has taken a slightly different approach to not only production, but in design, as well. INFORCE has used modern polymers along with proven ergonomics and design, and brought a product to market that is first in class. I would like to explain: While it cannot be argued that Surefire, Streamlight,, and L3 among others don’t make amazing products, there is a difference between their products and INFORCE’s.

The first thing I’ve noticed with INFORCE WML (Weapon Mounted Light) and APL (Advanced Pistol Light) weapon lights is their design, how a system attaches and how it feels. This was immediately apparent when I first saw a INFORCE WML on my teammate’s rifle. The first thing I noticed was the over all shape and use of the light. While I’ve seen many lights that were well designed, the ergonomics that INFORCE has brought to bear in their rifle and pistol lights are not only distinct and different, but they are some of the most functional lights I have ever used. Another thing INFORCE has done is create a very easy to use and secure locking mechanism for securing the lights to the attachment points. While lumens are the bottom line for a light, INFORCE has not lost there, either. Simply making a bright light is not the only factor in a good light. A total approach mush always be taken into account. 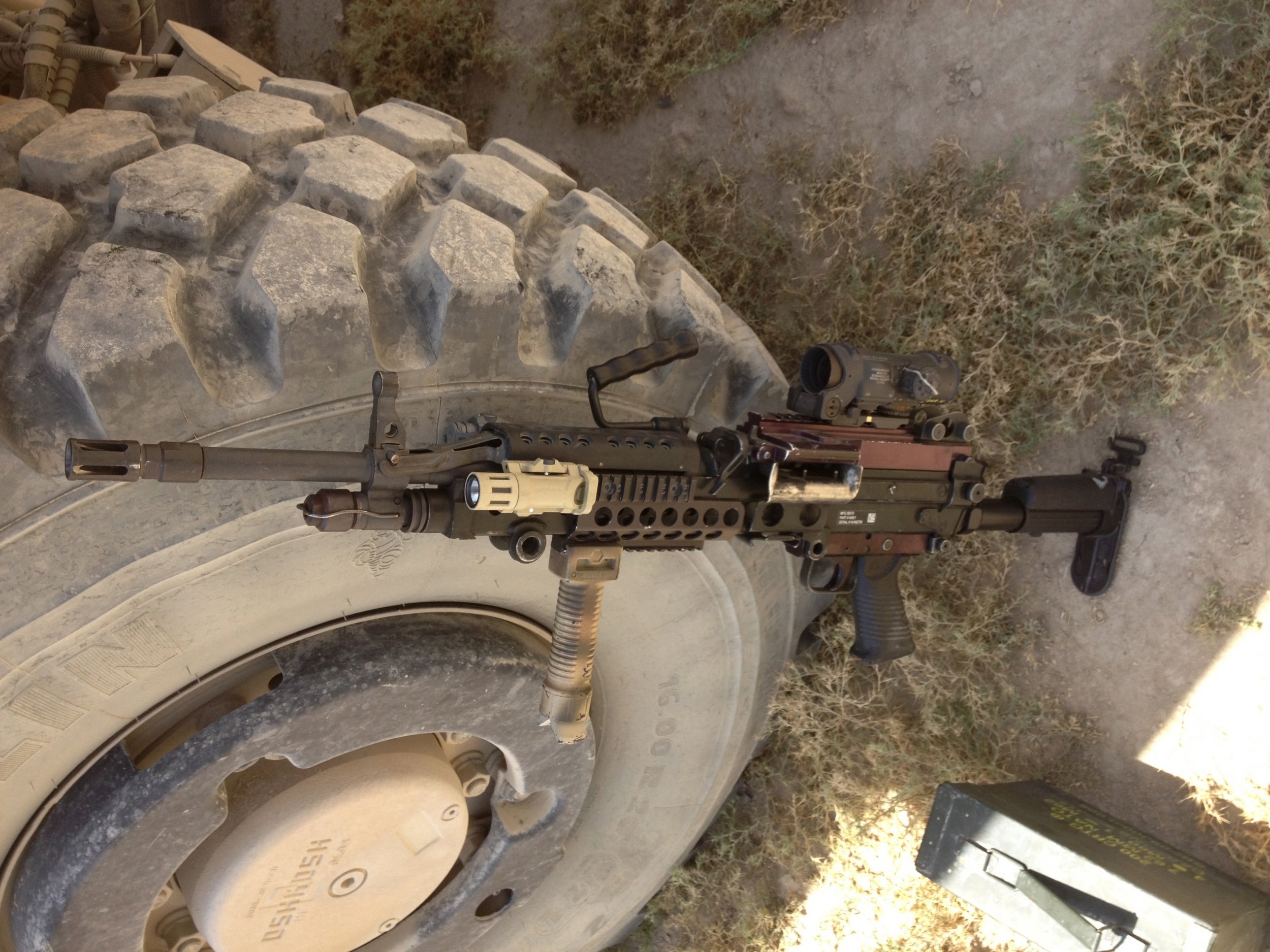 There were 3 lights that I have tested over this time period; these lights are the WML (in tan, 175 lumens), APL (in graphite, 200 lumens), and the 6vx (handheld light in tan, 200 lumens). I will begin with the WML followed by the APL, ending with the 6vx.

The INFORCE WML is a low profile, picatinny mounted, push button on/off select use weapons light. Its streamline design makes it favorable for rifles on both top or side mounting positions. While I normally run my rifle mounted lights on the 9 or 11 o’clock position, the end-user’s preference is always best based on their shooting style and personal ergonomics/usernomics. The WML has the ability to be used in a multitude of different ways based on its internal programing. I’ve always preferred the positive push on/off switch. While pressure pads have their merits, I prefer the ability to turn on and leave on a light if I wish, without having to adjust tension in my grip. This of course is a personal preference, and is not always the case. It should be mentioned that SOPs may also dictate whether a permanent on/off should be used.

That being said, the WML has 4 different pre-programed functions. There’s the obvious on/off. With a quick tap of the button, you can go from a constant-on to a flashing or pulsing light, i.e., “strobing” light, which is highly effective at disorientating a target or person that is at barrel’s end. The user can switch from high to low on/off constant light. The beam can also be focused by turning the head of the light to focus the beam or widen your field of view. This is nice when adjusting your needs based on your environment. Another option is the quick-flip switch that allows the user to go from visible to IR without the need of filters or overly elaborate modifications to the light. Another thing INFORCE did was make a very functional and easy-to-use safety for the light to keep accidental discharges from happening. There is a simple flip bar that can be rotated over the index pad to keep the user from hitting and activating the light inadvertantly. Finally INFORCE’s patented locking mechanism makes it easy to not only attach it, but also to make sure that the light is secure for any environment in which you may need to use it.

The INFORCE APL is one of my first choices in pistol mounted lights. It’s not only pleasing to the eye, but its ergonomics are first in class. Aesthetically pleasing, the light blends in nicely with the firearm without bulging out from the frame, creating a more streamlined shape and appearance. The ambi (ambidextrous) controls make it easy to use for all shooters and allows it to be used in a weak-hand shooting scenario, as well. The APL has two pre-programmed functions: a permanent on/off and pressure-only use. While this is great, having a strobe function as a third option would make this a perfect light. Again, the use of a strobe or pulse option provides a huge advantage at CQB/CQC (Close Quarters Battle/Close Quarters Combat) distances and in extremely dark environments. That being said, it should be mentioned again how easy-to-use and lightweight this light is. It’s a first pick in pistol lights. INFORCE is now offering the APL in flat dark earth. This is nice for keeping a visual theme with your firearms, but is not a deal breaker, in my opinion. While I prefer to have a consistent theme, when I paint my firearms, a dark-colored light on a tan pistol will not make a difference when concealing yourself, although it’s appreciated.

Finally the INFORCE 6vx, a very compact, lightweight and easy-to-use handheld light. While it is considered a handheld light, it would be important to point out that this light could easily be mounted in a weapons light mount with the simple removal of the clip that’s attached by two screws. The 6vx has a ridged crown that protrudes around the lens that not only protects the light, but also aids in striking. The use of impact crowns are not only good for use on a person, but also for helping to protect the lens from damage. I would like to see these same crowns used on the APL for sure, and perhaps the WML, as well.

The raised ridges that run the length of the 6vx make the light easy to hold with gloves or with wet hands. The use of polymers in the construction of the 6vx and the all other INFORCE lights is also advantageous. The 6vx is robust to say the least, and is not only easy to hold, but also to store in pouches or on you trousers. The 6vx has a simple push on/off permanent light with a pre programmed high/low setting, and if you simply push on and tap quickly, you have the optional strobe/pulse that’s so very handy to use. This light is a must-have for small handheld lights. Enough said.

Now, there are a few things to add on to this review. INFORCE has made a few updates to their product line. In addition to offering more colors, they’ve also added a few new models with a higher lumen output. Both the WML and vx handheld lines now offer new selections. The newest handheld is the INFORCE 9vx with a 300-lumen output, and the new INFORCE WMLx White sports a whopping 500-lumen output.

AS with all my previous articles, I like to end any review with sustains and improvements. In my 20-plus years, this has always been a standard for training , missions, and evaluations. This piece should not be any different. INFORCE has created a product line that is high quality with its very smart use of polymers for all of its products. This has led to both a very lightweight, strong and well-made product that’s also cost-effective. While many of its competitors have comparable products costing more that 900 dollars, INFORCE has created a product that both civilian tactical shooters and Mil/LE professionals can use and trust.

That being said, I’d personally like to see a few modifications for my personal needs. The first changes I’d like to see offered are a strobe option added to the APL. Since the pistol is a CQB/CQC weapon, a strobe option would be advantageous. I’d also like to see an impact crown added to all of its lights. This would give the user security with barrel strikes, and protect the light if the weapon impacts the ground or other hard surfaces. For the handheld lights, a clip with a wider and more pronounced end would make it easier to clip onto clothing AND easier on fabric. Finally, I’d like to see a Keymod direct mounting capability for those that want to minimize bulk or weight. Now, again, I can argue that “ounces equals pounds”, but it would frankly just be nice to not have to mount a rail, then the light, if the end user wants to keep his weapon streamlined.

INFORCE is a quality company with a quality product line, AND they’re easy to deal with. When I first contacted INFORCE, they were quick help out with this test, and were receptive to discussions and feedback about their products. I’ve personally used and relied on INFORCE lights in combat, and can say that they’re an effective product that cannot be overlooked. All professionals that use such equipment daily will build brand name loyalty. While I’m still a fan of Surefire, Streamlight, L3, and others, I feel that INFORCE should now be considered one of the top names in light technology for the professional end-user. I’ve trusted their product with my life, and it’s never failed me.

© Copyright 2014 DefenseReview.com (DR) and Toby Melville. All rights reserved. This material may not be published, broadcast, rewritten or redistributed without receiving permission and providing proper credit and appropriate links.