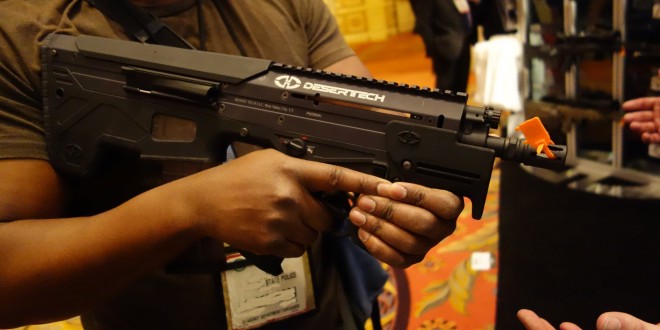 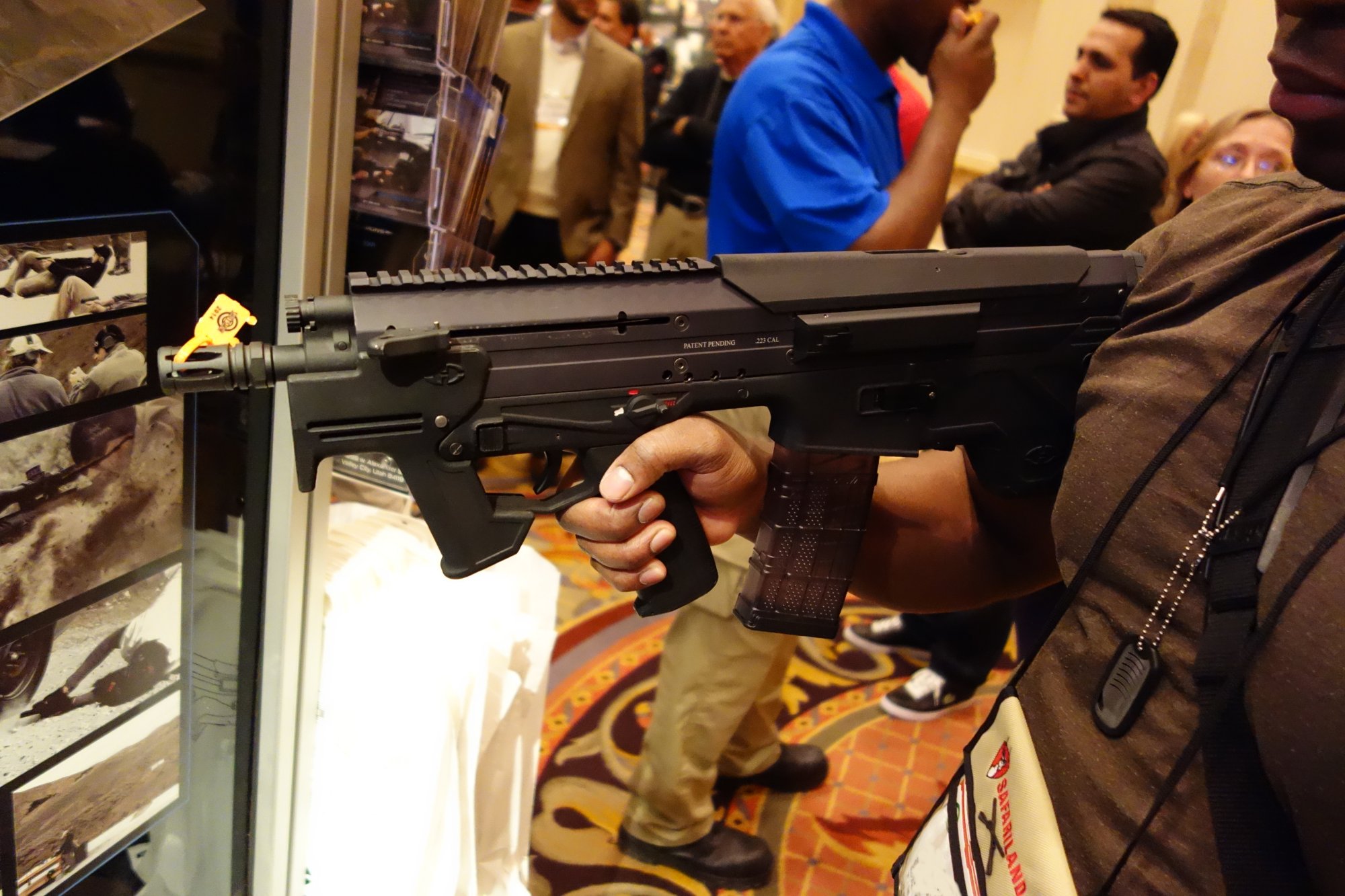 It’s no accident that the developmental multi-caliber, select-fire Desert Tech DT MDR (Micro Dynamic Rifle)/MDR-C (Micro Dynamic Rifle-Compact) bullpup battle/assault rifle/carbine/SBR (Short Barreled Rifle)/PDW (Personal Defense Weapon) was the first product DefenseReview (DR) reported on from SHOT SHOW 2014 back in January. In our humble opinion, it was the single coolest new thing at the show, and potentially a very important gun historically, depending on how good (i.e., reliable, durable and combat-accurate) the production versions end up being in adverse combat environments. If this thing works as advertised, it’s gonna’ be MASSIVE, especially when the civilian-legal semi-auto-only MDR rifle/carbine models go into production. Please God (and Desert Tech), let it be soon.

Anyway, the good folks at Desert Tech (DT) have just released a little teaser video of a prototype DT MDR in 7.62mm NATO (7.62x51mm NATO)/.308 Win. configuration being fired on semi-auto AND full-auto at the range, in order to get us fans of the concept, well, wet, so to speak–and here it is:

Oh, yes. It goes without saying that DR is REALLY looking forward to getting our hands on one of these for a range session as soon as possible.

Copyright 2014 DefenseReview.com (DR). All rights reserved. This material may not be published, broadcast, rewritten or redistributed without receiving permission and providing proper credit and appropriate links.