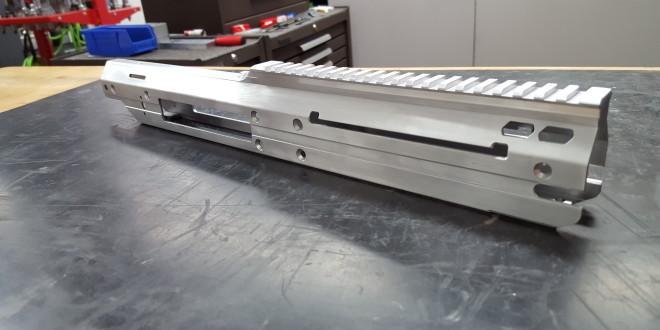 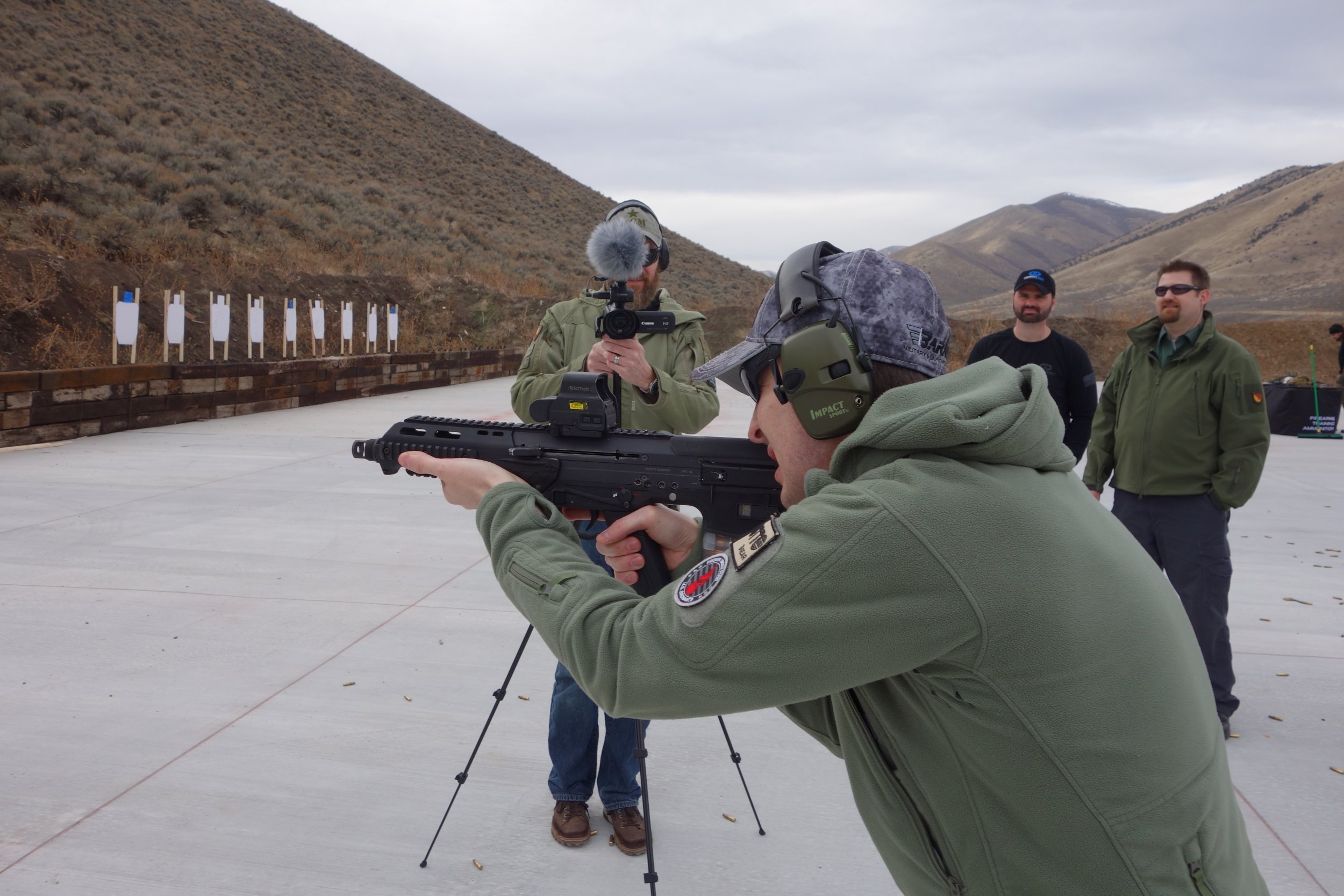 While we’re on the subject of cool new Desert Tech (DT) guns, we should probably mention that DefenseReview (DR) has been keeping up with the latest developments on the extremely interesting and innovative Desert Tech DT MDR (Micro Dynamic Rifle) and MDR-C (Micro Dynamic Rifle-Compact) that’s apparently really coming along in its development. DR has been in contact recently with chief MDR engineer Cory Newman, and he’s supplied us with some great details on the MDR’s design and development progress, which has been significant. It sounds like Newman and the rest of the team at Desert Tech has really gotten the MDR squared away with a lot of design improvements. which are detailed in Mr. Newman’s written backgrounder, sent exclusively to Defense Review, below. Essentially, Mr. Newman has been tasked with making sure the DT MDR and DT MDR-C shoot as good as they look, and from our conversations with him, it sounds like he’s getting that task done over there. 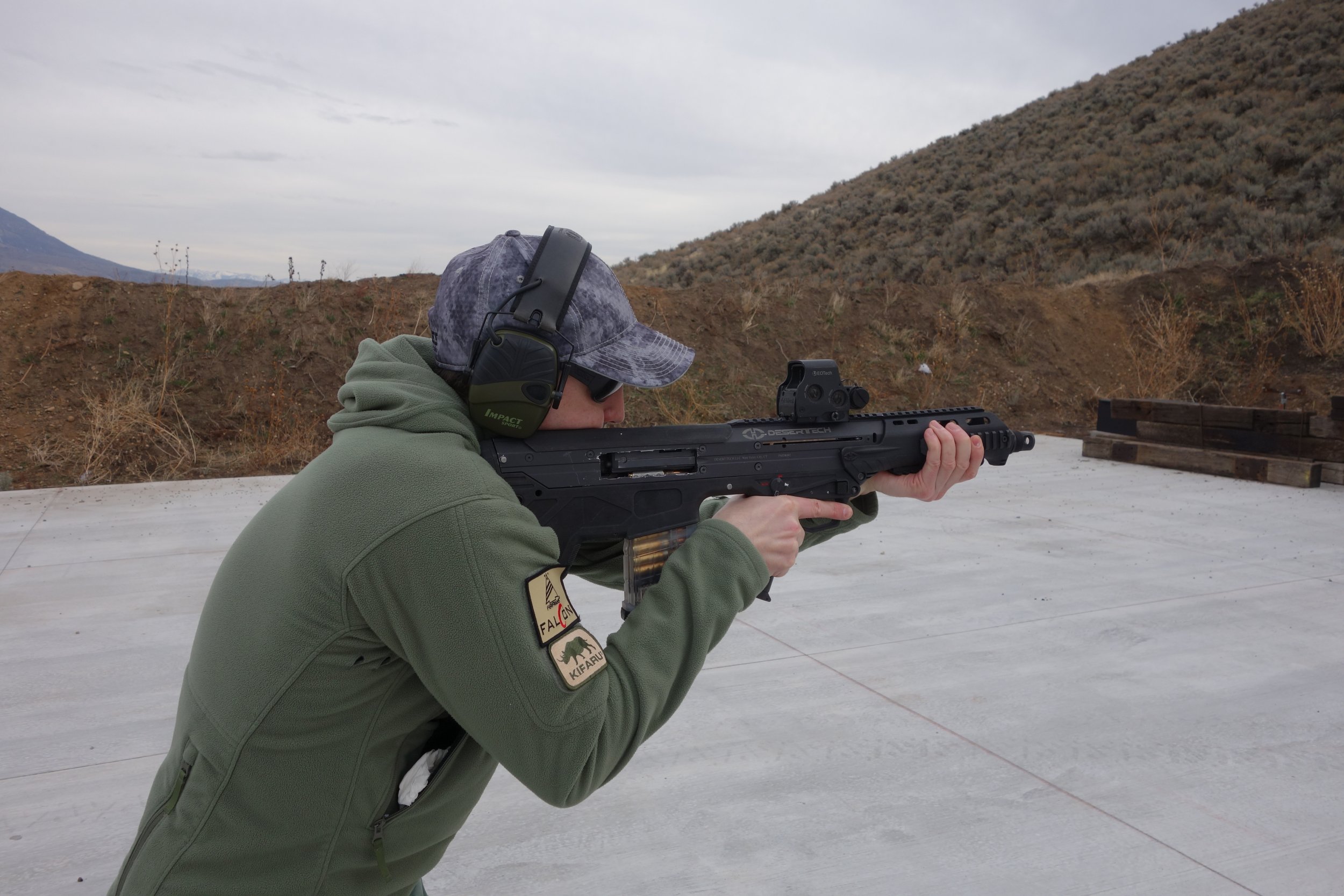 Before we get to that, though, we just wanted to mention briefly that DR actually got the chance to T&E early functional prototype Desert Tech MDR’s and MDR-C’s at a Desert Tech writer’s event in December 2014, and were impressed with the gun’s design aspects and ergonomics. We’ve taken the liberty of embedding some photos and videos from that event in this article. Several of them feature Desert Tech Training Center (DTTC) CEO Tommy Alexander.

Here’s the information Newman suppied to us (slightly edited): 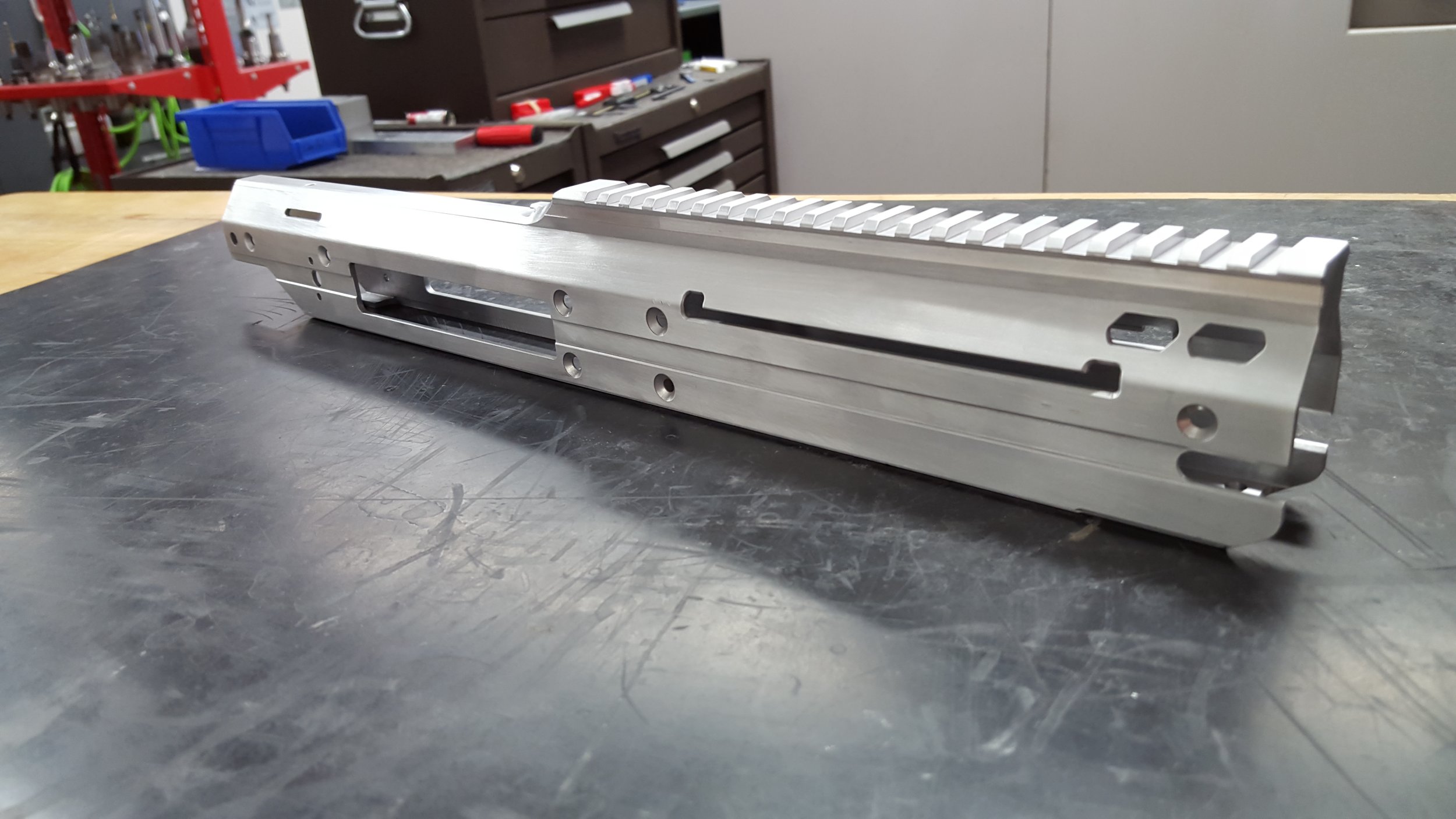 Over the last twenty months, Desert Tech has designed and developed the Micro Dynamic Rifle (MDR) platform. There have been multiple revisions, due to design improvements and user feedback. During this time, Desert Tech has overcome many design issues that a traditional auto-loading firearm does not have to consider, challenges such as precision trigger pull, user ergonomics and functions, and ambidextrous forward ejection. Through the development process, exceptional care was taken to develop a compact, modular rifle that exceeds the professional user standard.

In June 2015, Desert Tech augmented their design team to bring in the knowledge and experience to make this rifle a true mass production rifle with all the “tomorrows’ weapon technologies”. The Desert Tech team laid out the prototype rifle and began to evaluate and redesign each part individually in order to achieve the ultimate in safety, reliability, and durability. 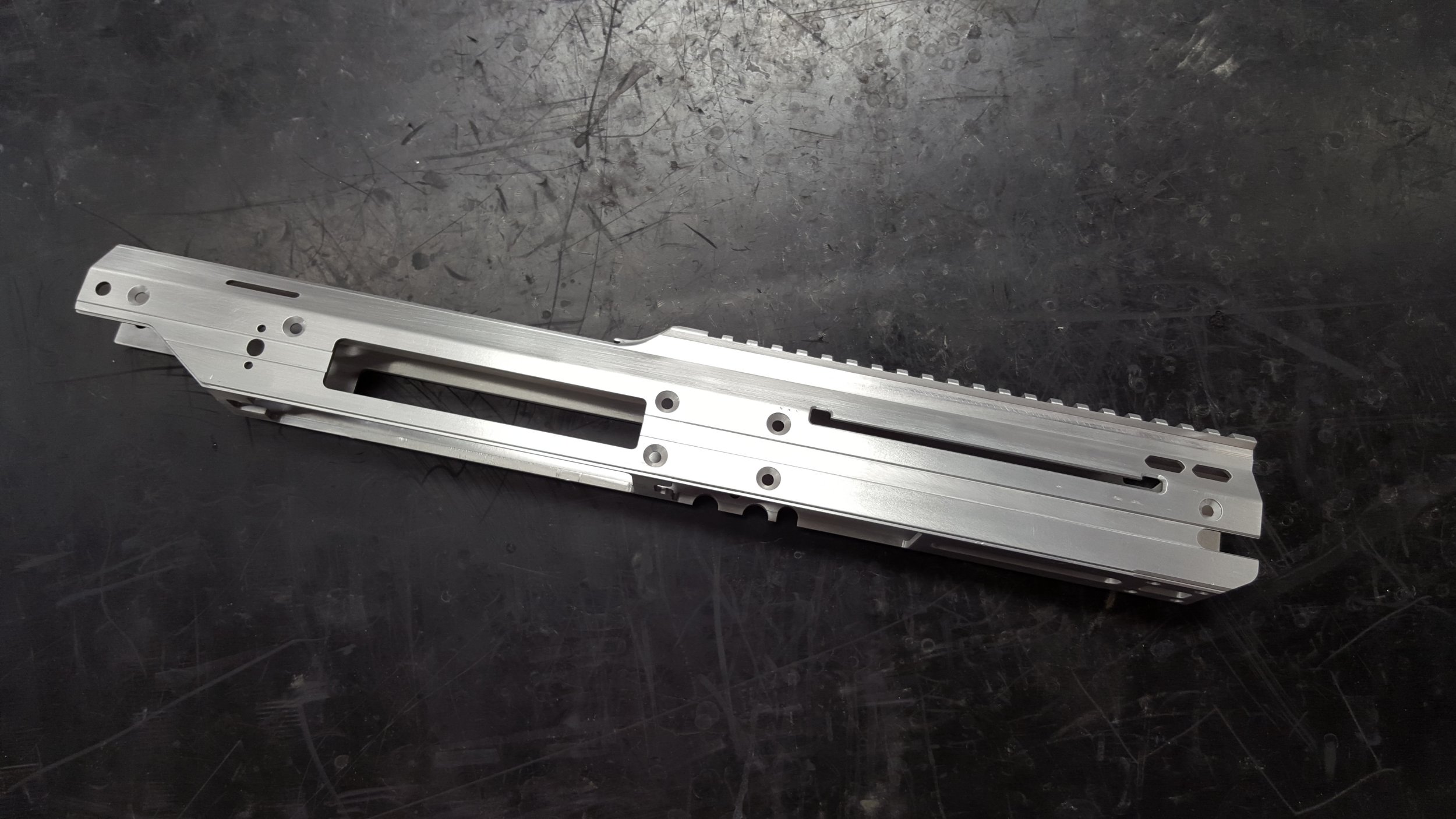 When designing a firearm platform, it becomes a ballet in balancing function, manufacturing technologies, design intent, and part cost. Throughout the design process, good engineering practices such as tolerance stack analysis and finite analysis are the constant underlying tone. Desert Tech has orchestrated this ballet with the golden rule of KISS; Keep It Simple, Stupid! Each part within the MDR platform has been critiqued for process, tolerances, and function. This process, while time consuming, permit “plug-and-play” installation in the assembly process later on. Plug and play means that the gunsmiths can take Part A and Part B and they go together as the design intended, with no manipulation or modification. This is important when planning on delivering firearm systems to the end user in a timely, cost effective, and quality manner.

The MDR development was exciting, creative, and fun; however, the implementation of those concepts has been calculated, precise, and professional. 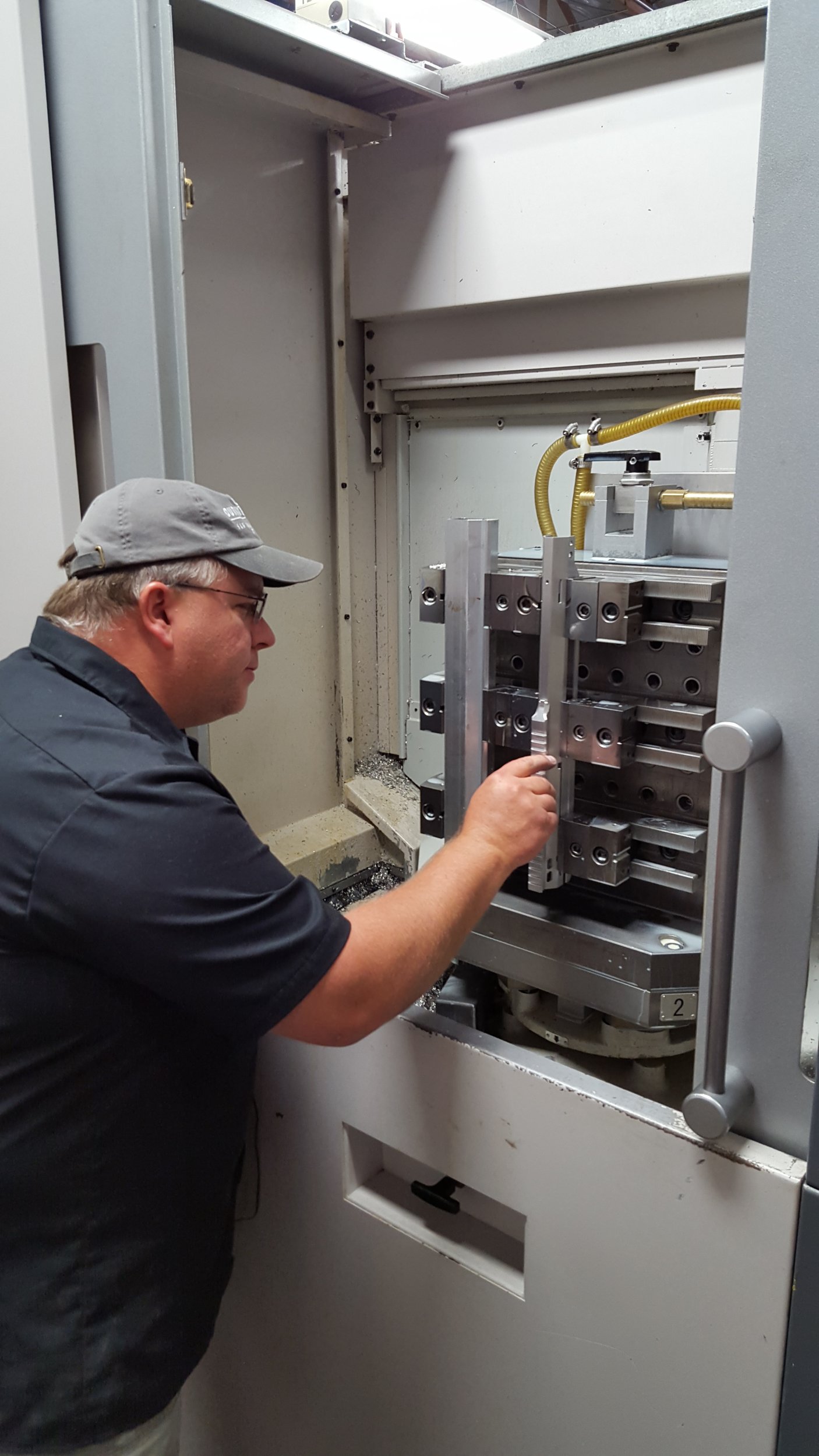 Carrier group bounce in firearms, especially in the automatic platforms, is critical to the operation of the weapon. Carrier bounce is much like taking two steel hammers and swinging them together. The operator will notice that the two hammers will take on an opposite reaction upon impact and bounce away from each other. It’s the same when a carrier group moves forward and impacts its counterpart in the barrel extension or receiver. The result is the system is not in battery at the correct time when the firing pin needs to engage the primer. The affect is a dead trigger without ignition of the primer.

The MDR does not use moving mass like a tradition buffer in an AR-15 platform to mitigate the bounce. Instead, the bolt carrier has an asymmetrical face. This is accomplished with a protruding boss on one side of the carrier. As the carrier moves forward to go into battery, the asymmetrical face contacts the barrel extension first. Tolerances within the axial motion of the back end of the carrier group permit the energy to be redirected through a sideways movement. This micro-movement of the rear end of the carrier impedes the bounce and assures full function of the weapon, especially in select-fire operation. 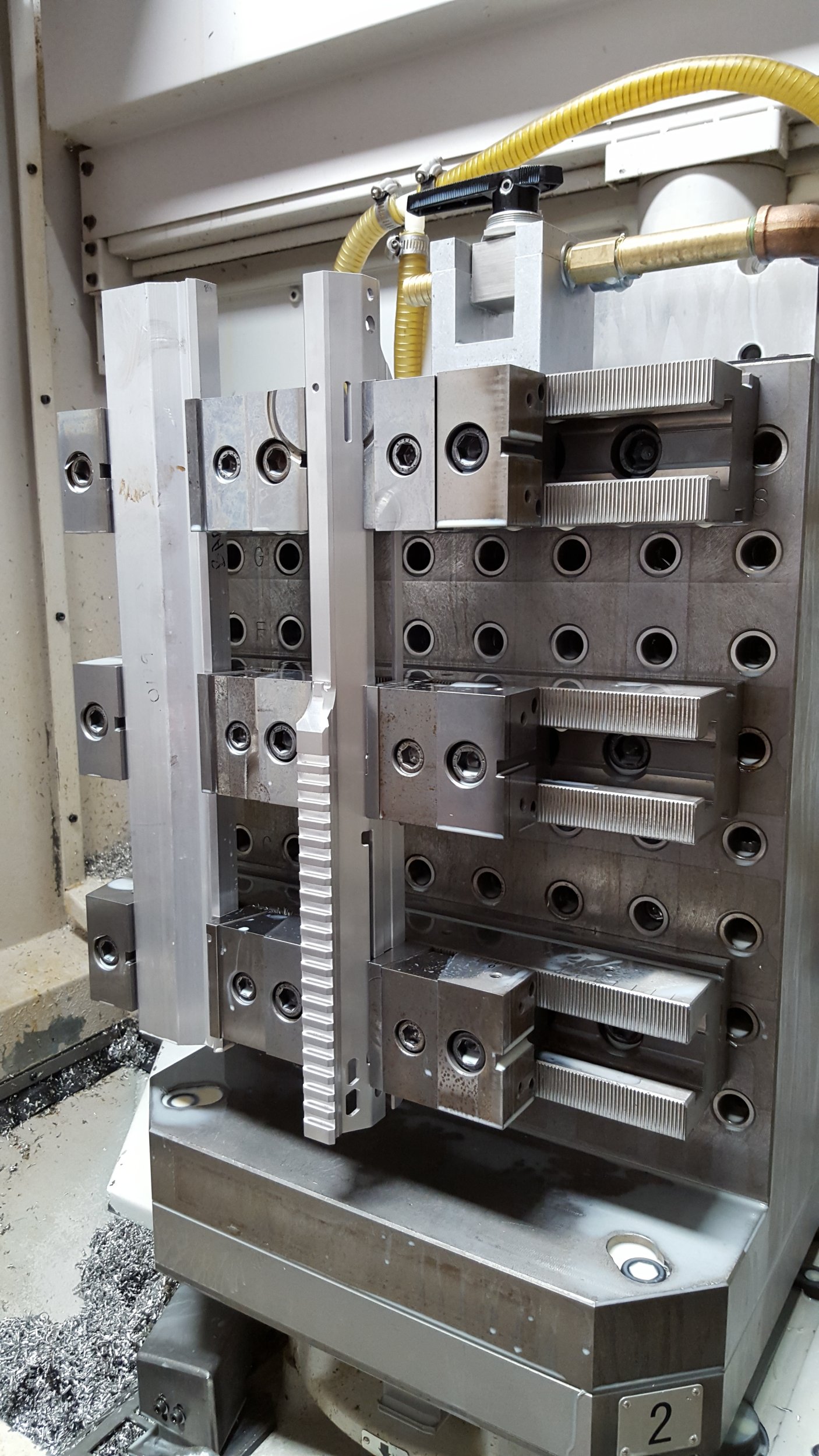 The MDR will be introduced with a two-position gas valve. The settings will be, “Normal” and “Adverse” in most applications. The .300 Blackout platform will be set up in “Unsuppressed” and “Suppressed”. This is done to keep it simple and guarantee function of the weapon in all conditions. The firearms industry has found out many operators who service their own weapons will not place the valve in the correct position after cleaning. This usually induces malfunctions until corrected. It is the position of Desert Tech to not have these potentially life-and-death-error possibilities on their weapons, and we have stuck true to the KISS principle.

Desert Tech is diligently working on a self-regulating valve that permits reliable function of the weapon, no matter the conditions. This next step in firearm evolution will permit the weapon to function clean, dirty, suppressed, un-suppressed, and with subsonic or subsonic ammunition. Just imagine, the operator can spin on and off a suppressor and change ammunition on the fly, and have a consistent firing rate without adjustment.”

Thank you, Cory Newman. Needless to say, DR CAN’T WAIT for the the MDR and MDR-C semi-auto-only tactical carbine/SBR (Short Barreled Rifle) to go into production, as we’re really impressed with its ergonomics, design features and modular multi-caliber capability. If the production MDR/MDR-C proves reliable, accurate and durable under adverse conditions and high round count in all calibers, it’s going to be fantastic, and a very important product, in DR’s opinion. We’re really looking forward to acquiring one, at some point. 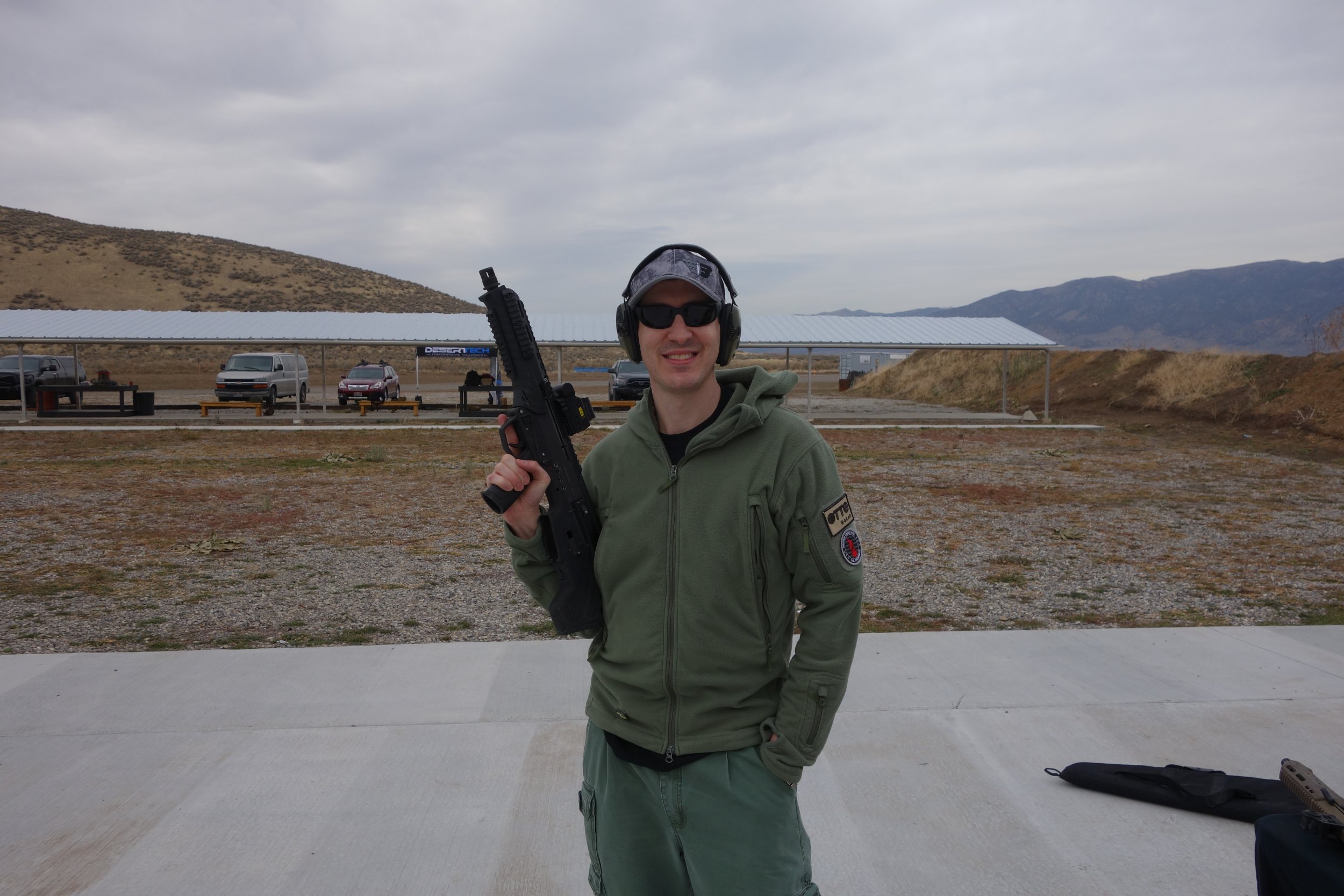 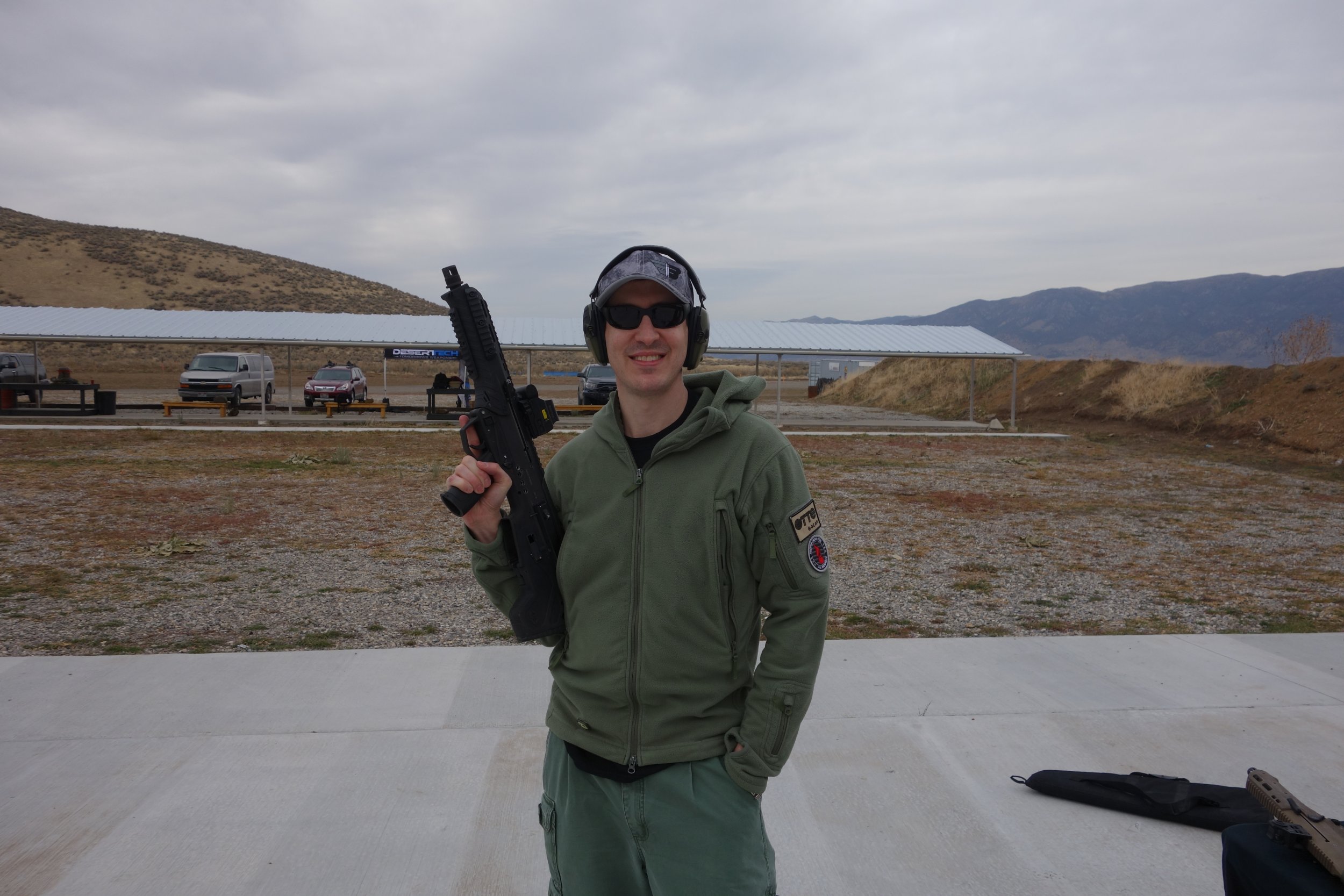 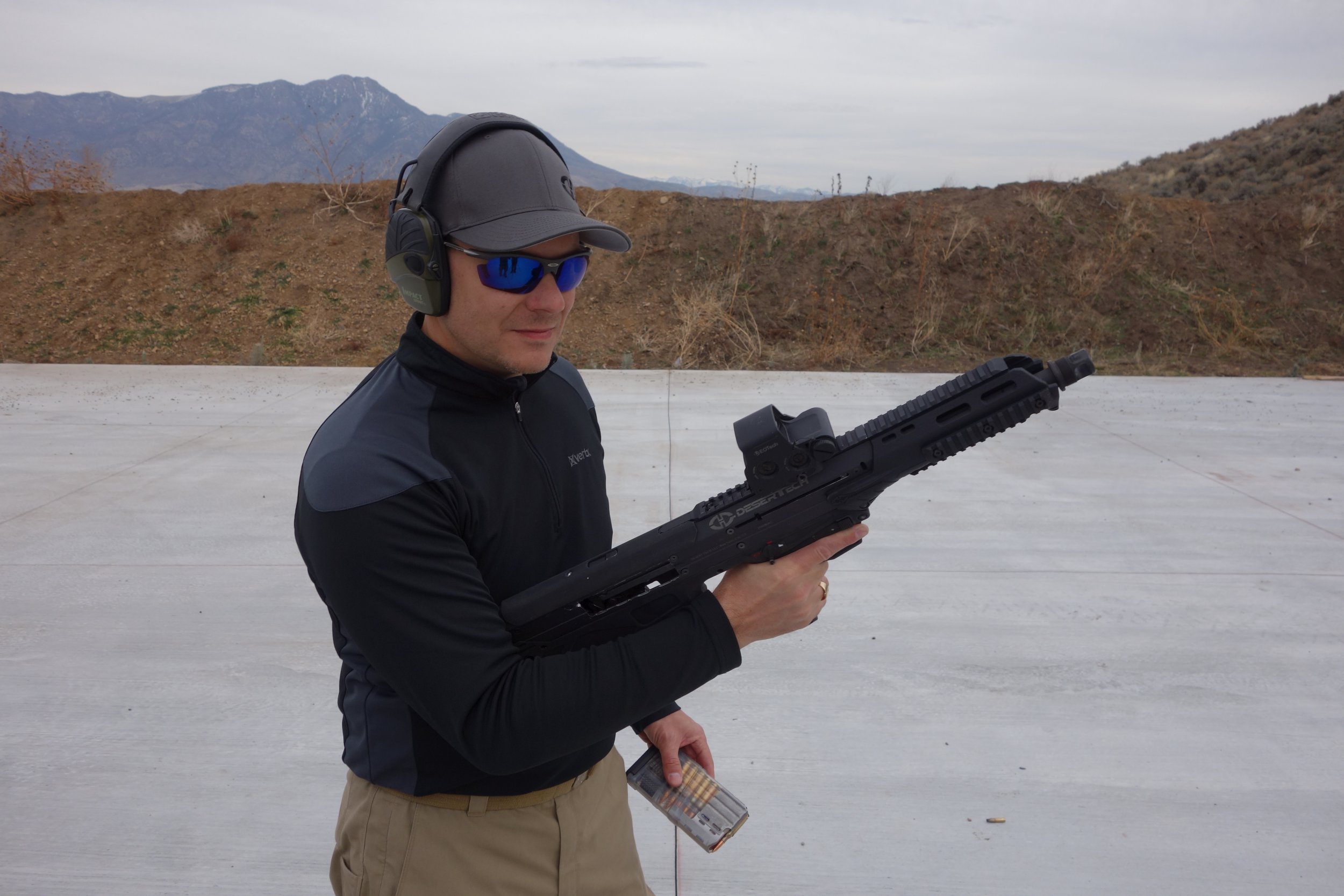 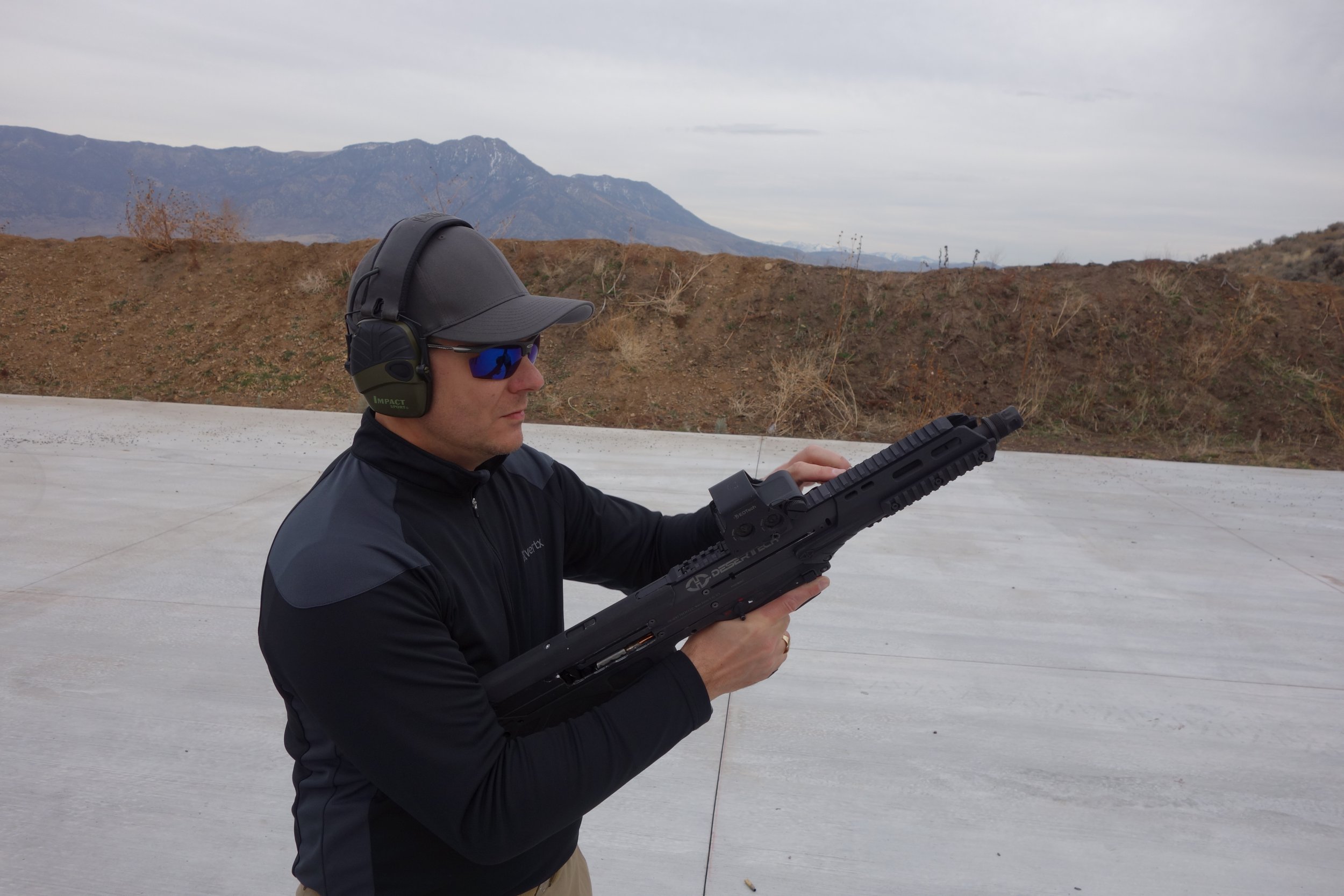 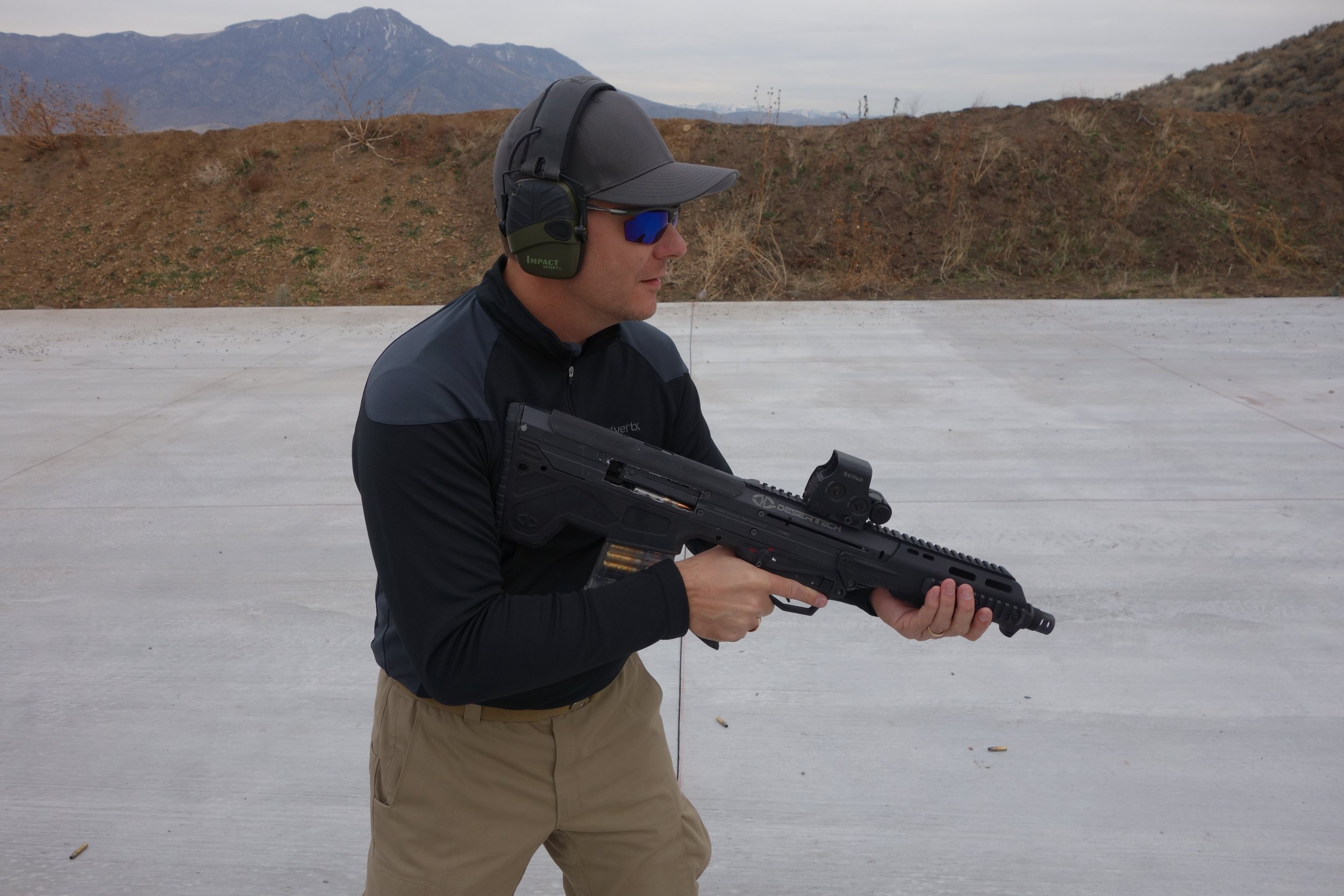 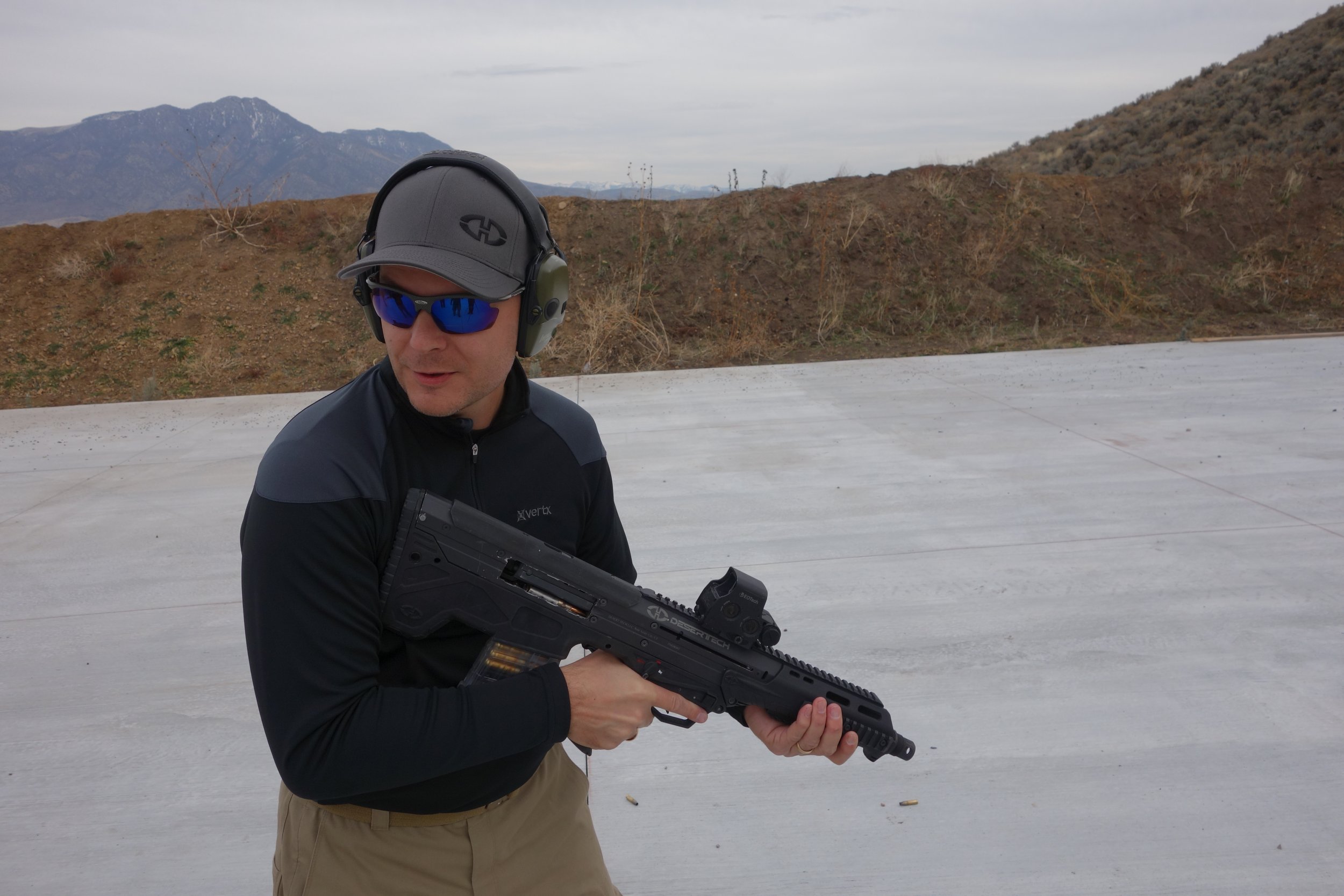 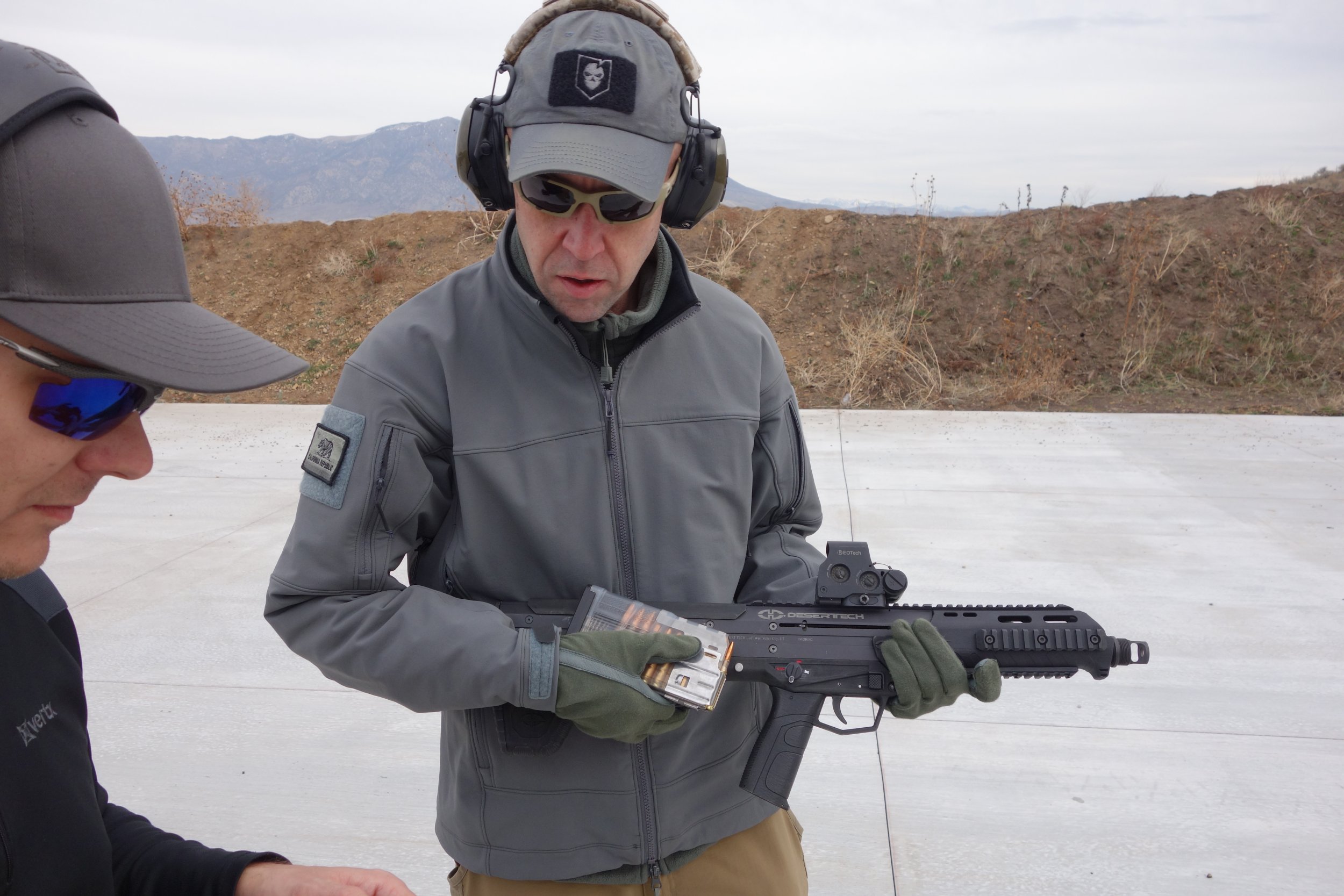 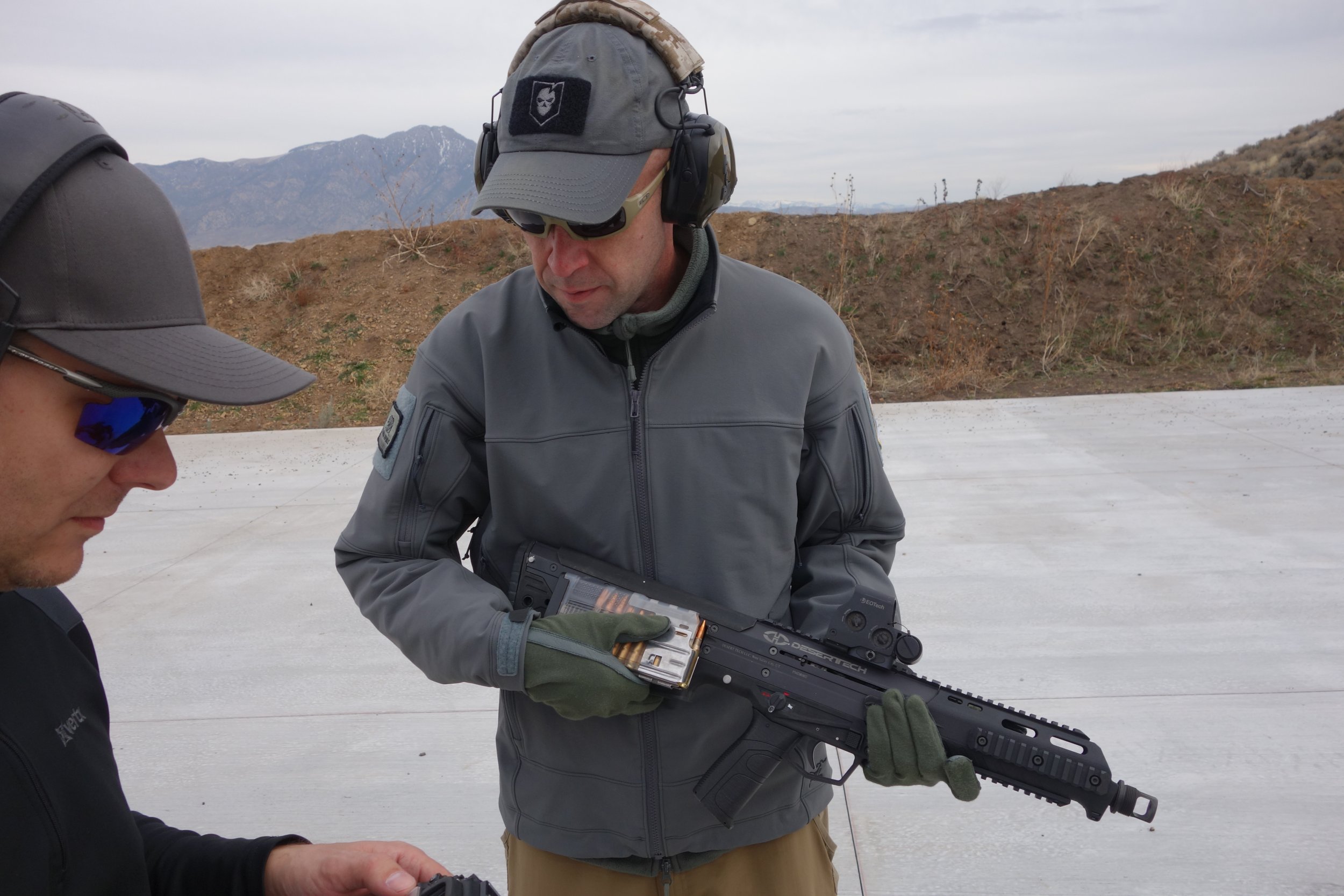 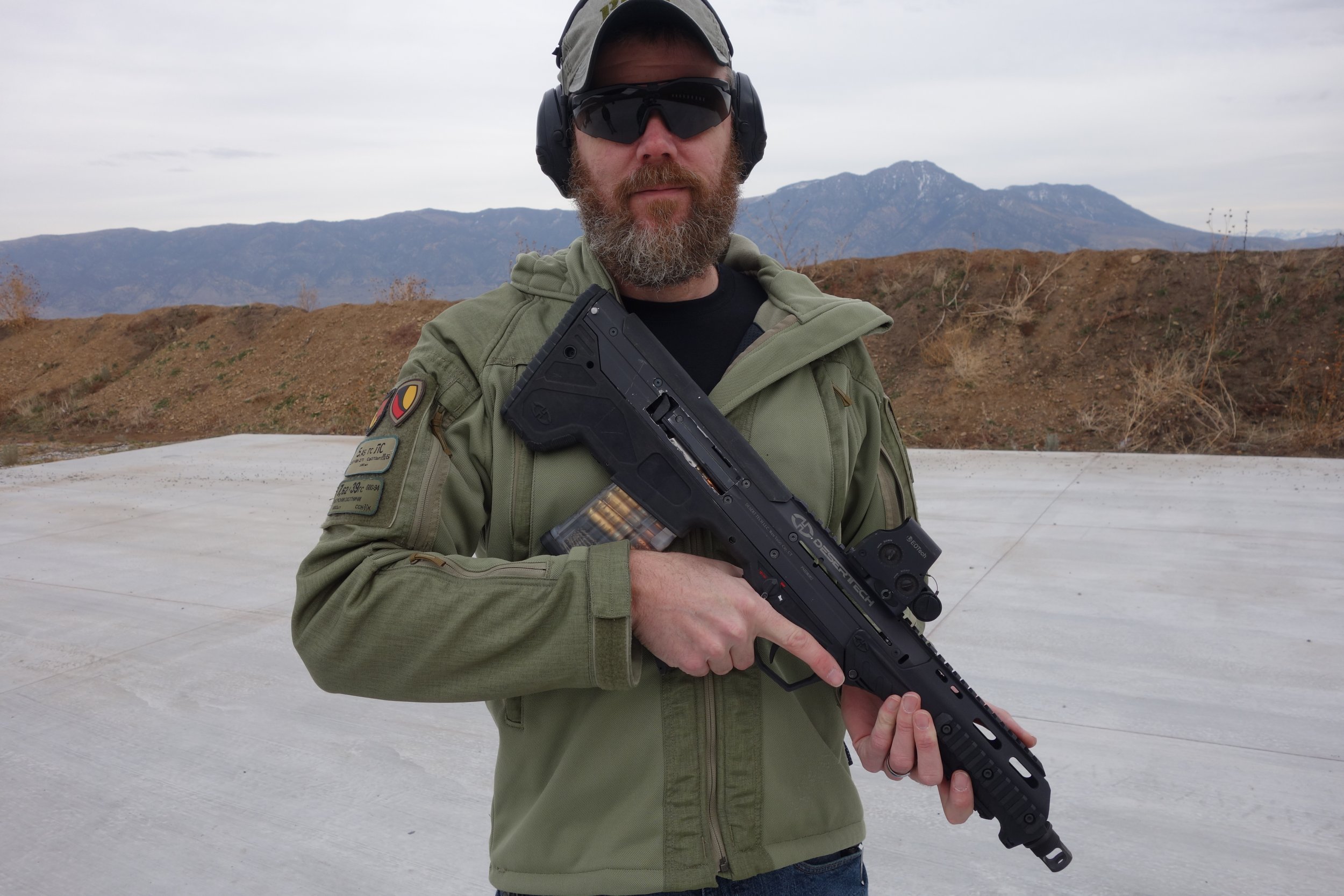 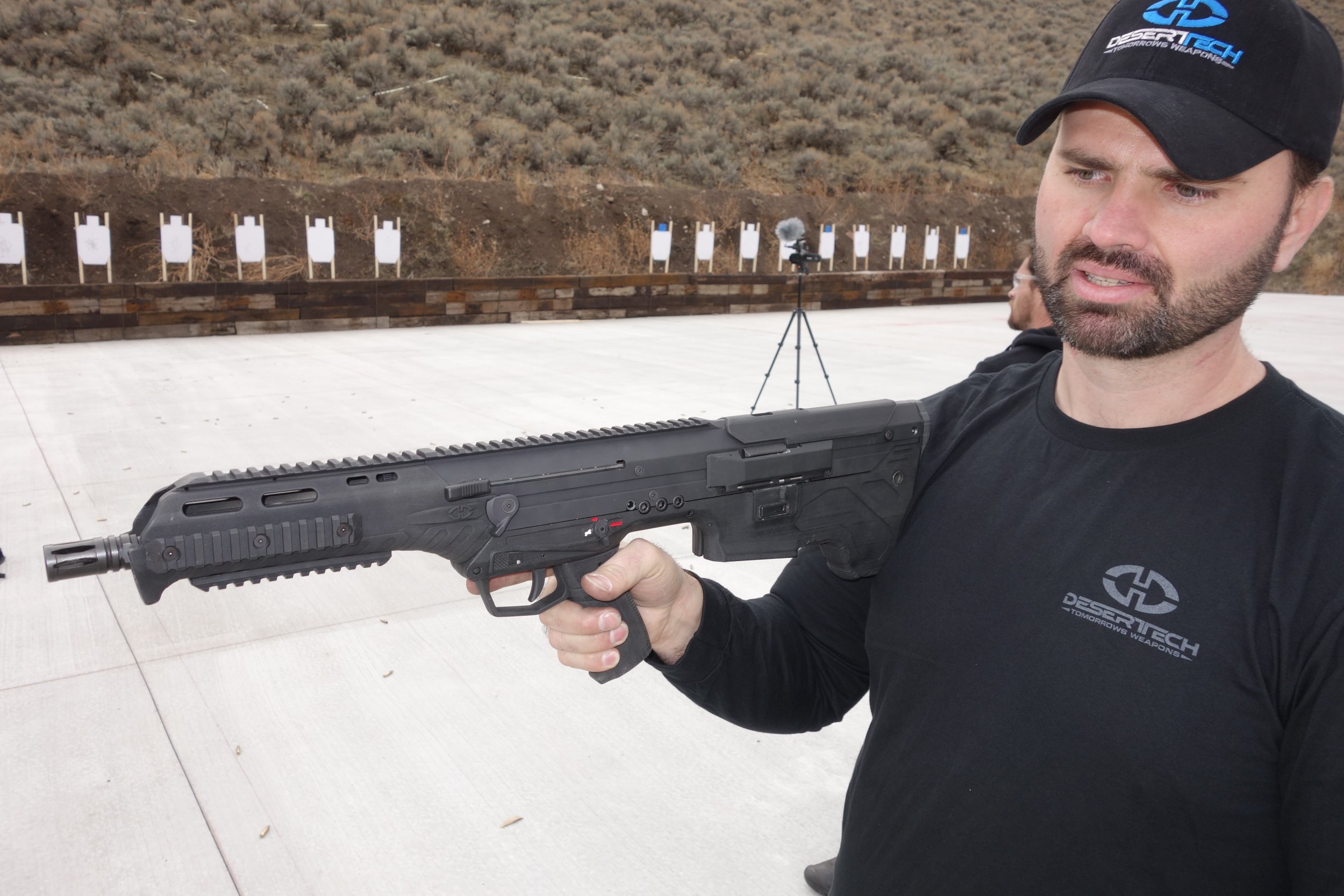 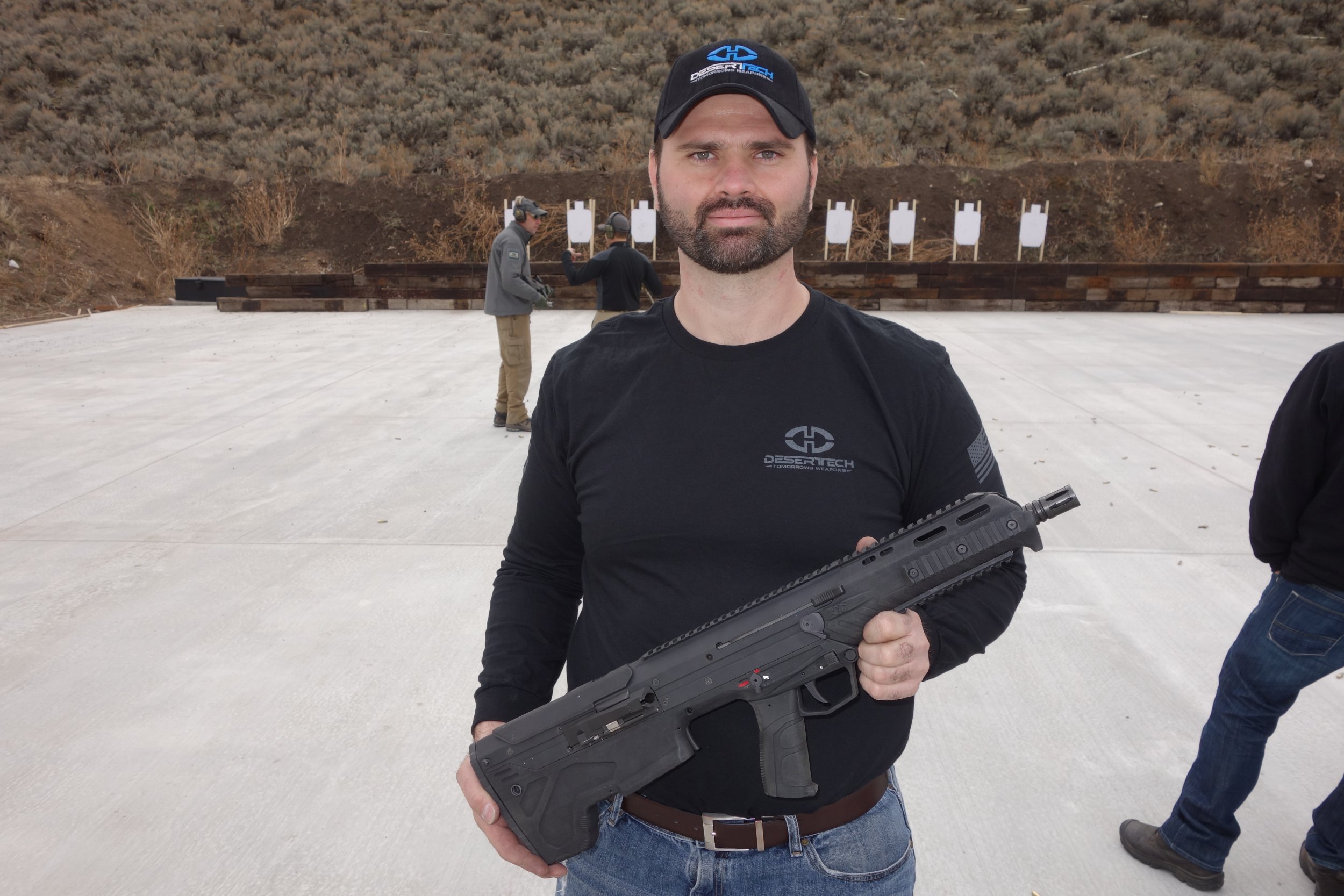 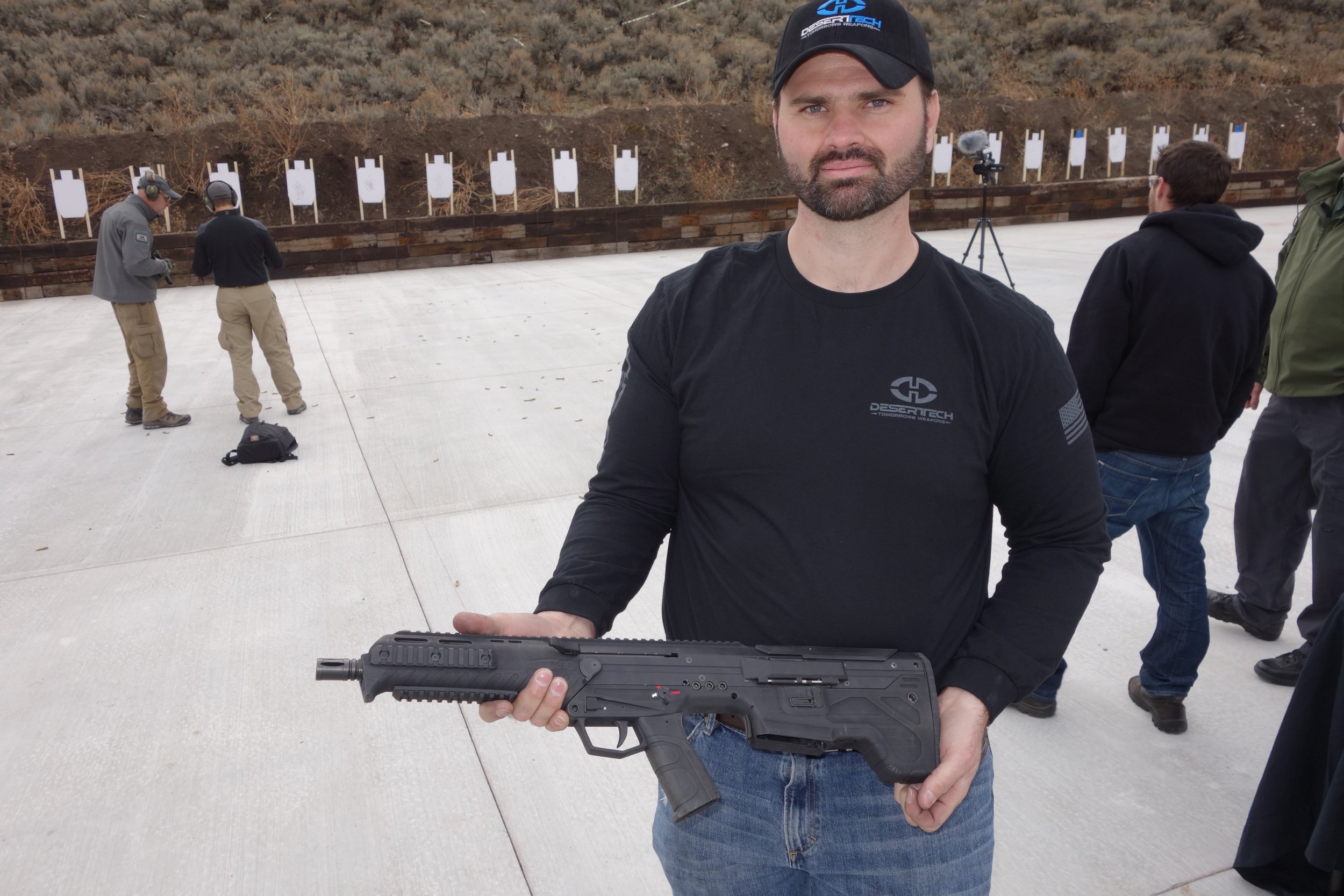 All photo and video content contained in this article from the Desert Tech (DT) writer’s event was shot by DefenseReview.com, and is copyrighted. DefenseReview.com owns the copyright on all photo and video content. All DR photos and videos were shot with a Sony Cyber-shot RX100 (DSC-RX100/B) Digital Camera with 20.2 MP (20.2-megapixel) still camera and 1080p HD video camera capability. The four photos of a Desert Tech MDR receiver being manufactured (in the white) were supplied by Desert Tech.