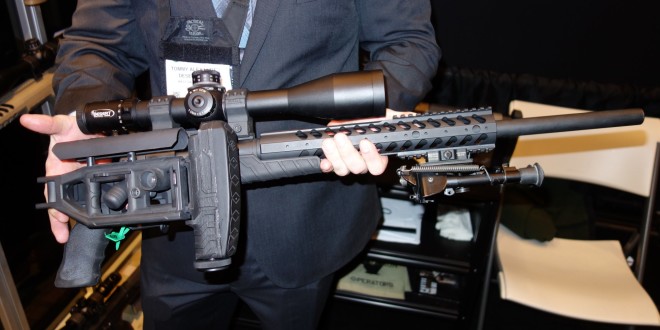 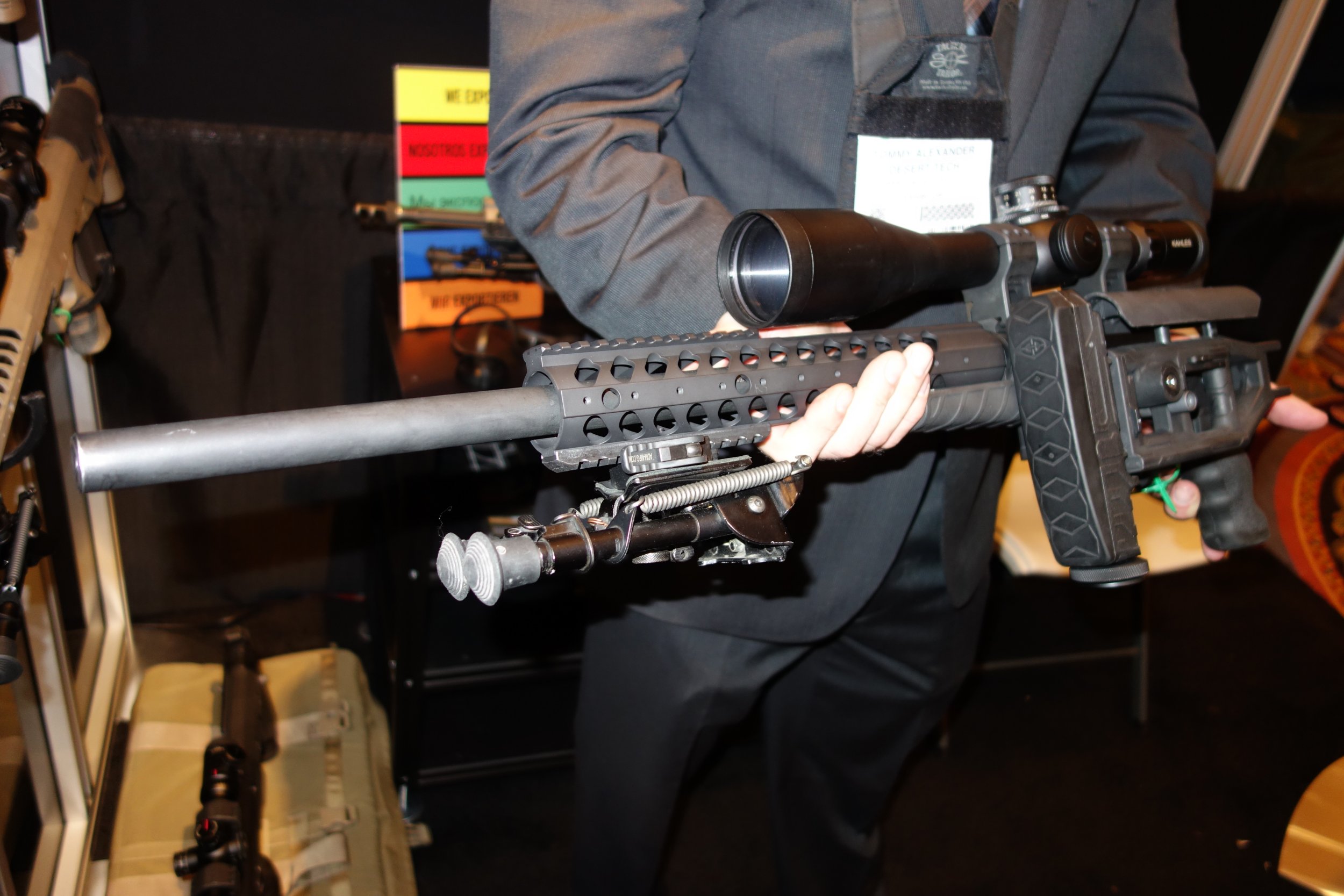 Desert Tech (DT) has a really interesting new lightweight bolt-action 7.62mm NATO (7.62x51mm NATO)/.308 Win. sniper rifle/carbine with an ambidextrous/hot-swappable bolt/charging handle, a really intelligently-designed folding stock with adjustable length of pull and cheek weld, and an ultra-lightweight chassis that comes in at about 3.2 lbs (pounds). It’s called the DT R7S, and Desert Tech showed it for the first time at SHOT Show 2015. For anyone looking for a precision/sniper rifle/carbine chassis of this type, the DT R7S is a tough package to match, let alone beat. It’s pretty badass, actually.

While the R7S is a standard-configuration rifle/carbine chassis, DT has made its reputation on designing, developing and manufacturing some of the coolest and most compact bullpup bolt-action sniper and anti-materiel rifle/carbines in the world. Your humble correspondent T&E’d the Desert Tech DT Stealth Recon Scout-A1 (DT SRS-A1) in .338 Lapua Magnum (.338 LM) in December 2014, and successfully and consistently engaged steel silhouette targets out to around 1500 meters with it with the assistance of a very good Desert Tech spotter and an exellent tactical scope with Horus Vision reticle (either a Horus H59 or Horus TReMoR2 reticle), if our memory serves us correctly. 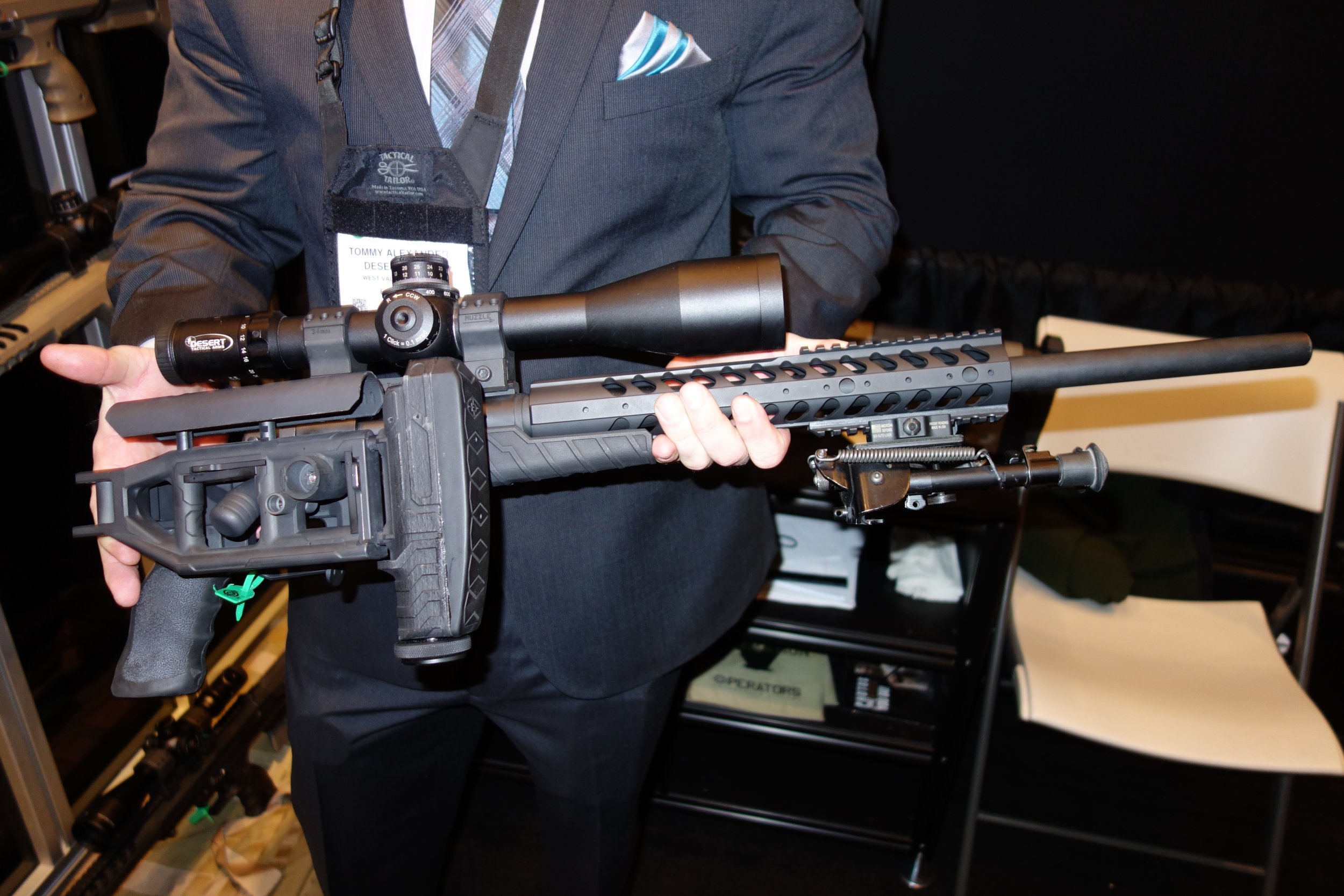 It should be noted that DefenseReview (DR) came away from that experience REALLY impressed with the DT SRS-A1’s ergonomics and performance. It was both really eye-opening AND confidence-inspiring. In fact, the DT guns are so good, even a 6-year-old kid can wreak ballistic havoc/mayhem with them.

Check out the accompanying photos and the embedded video we shot, below, to see Desert Tech Training Center (DTTC) CEO Tommy Alexander showing all the R7S’ cool features at SHOT Show 2015: 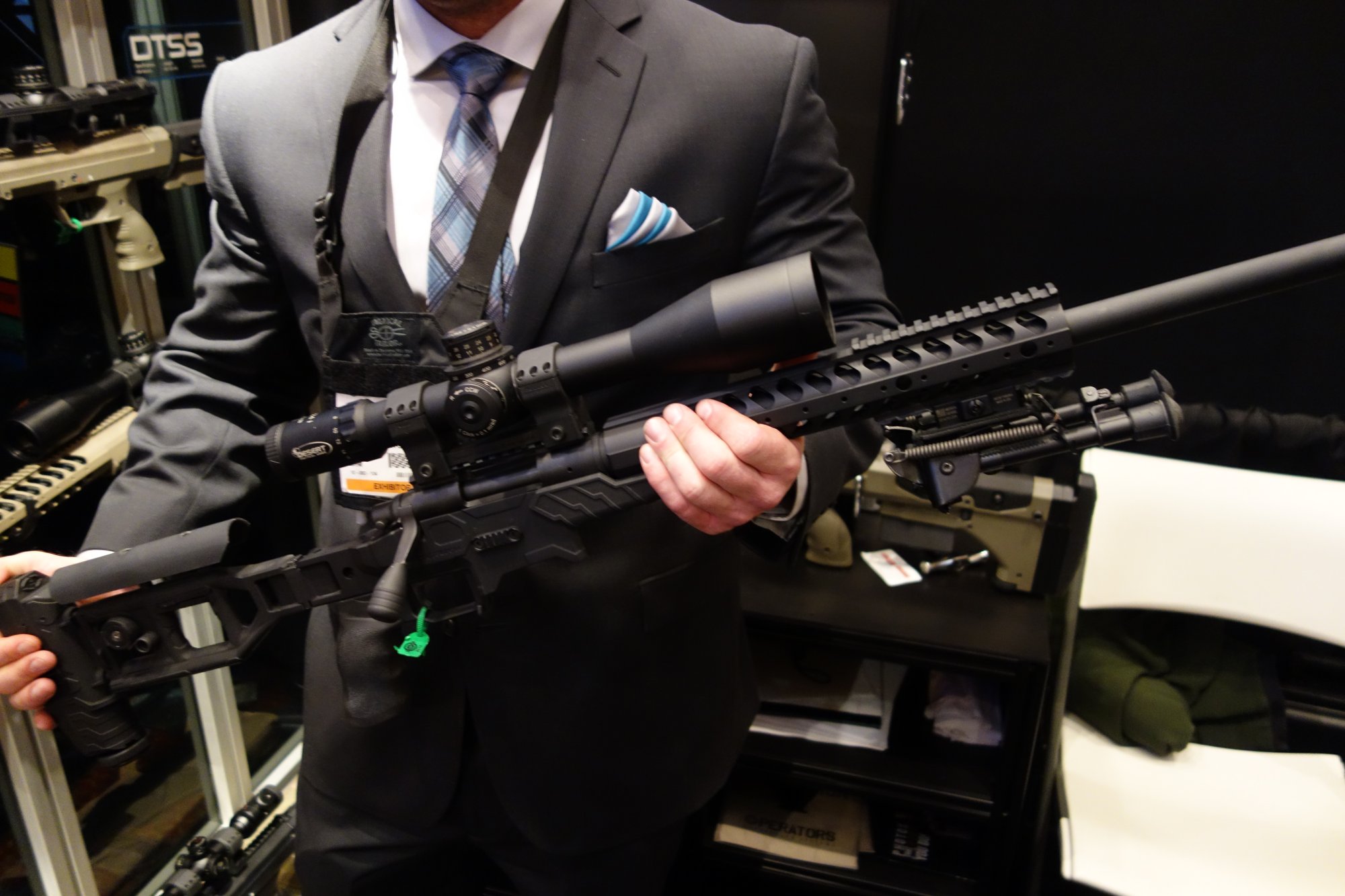 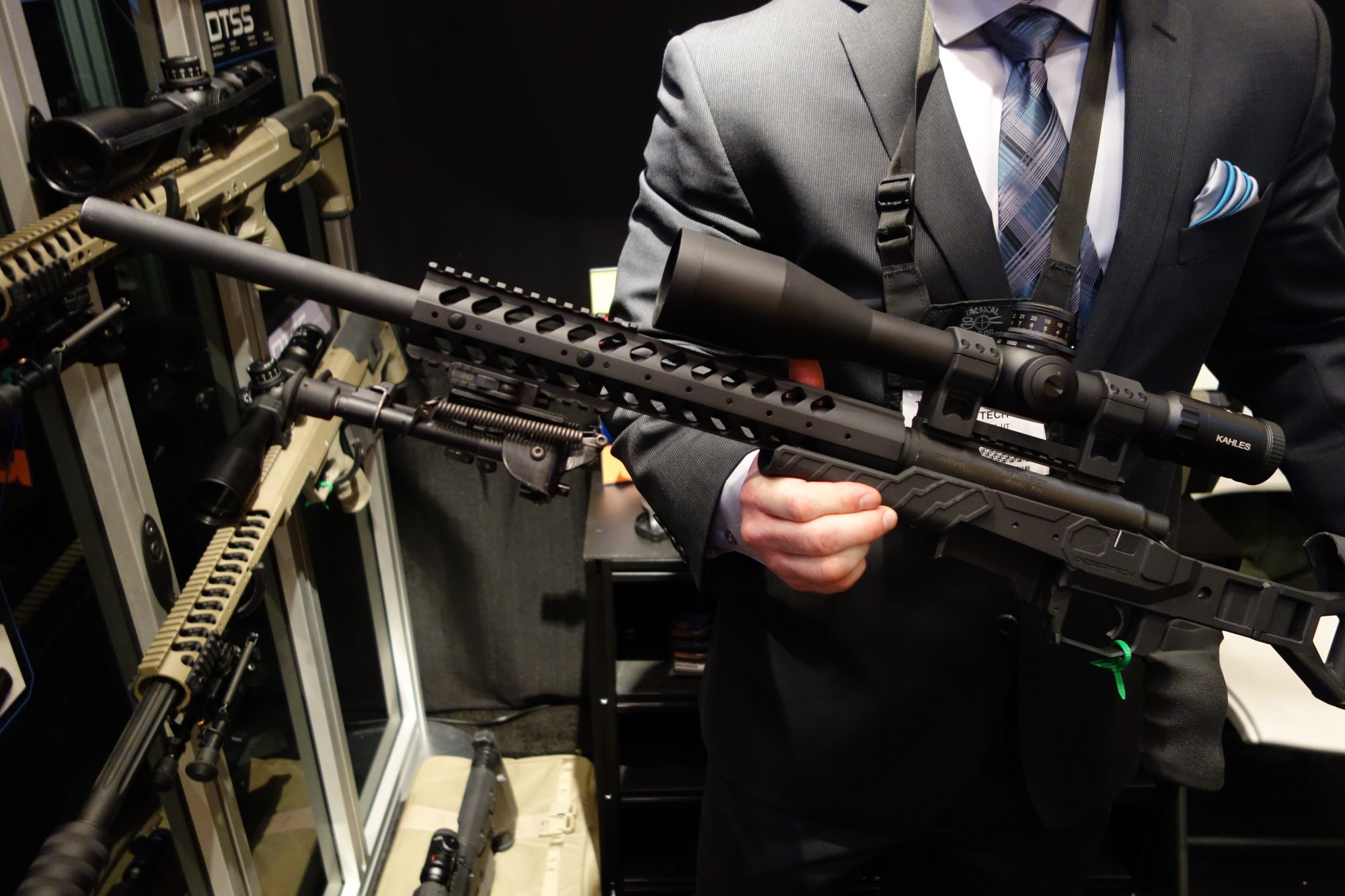