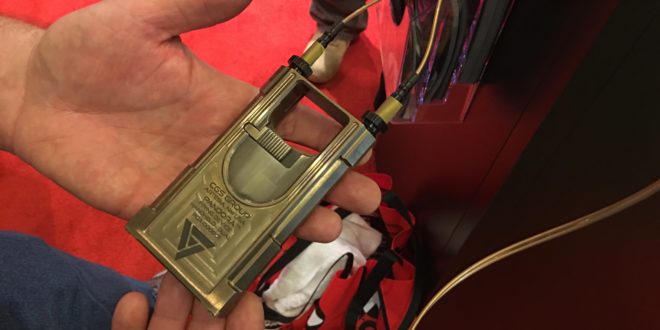 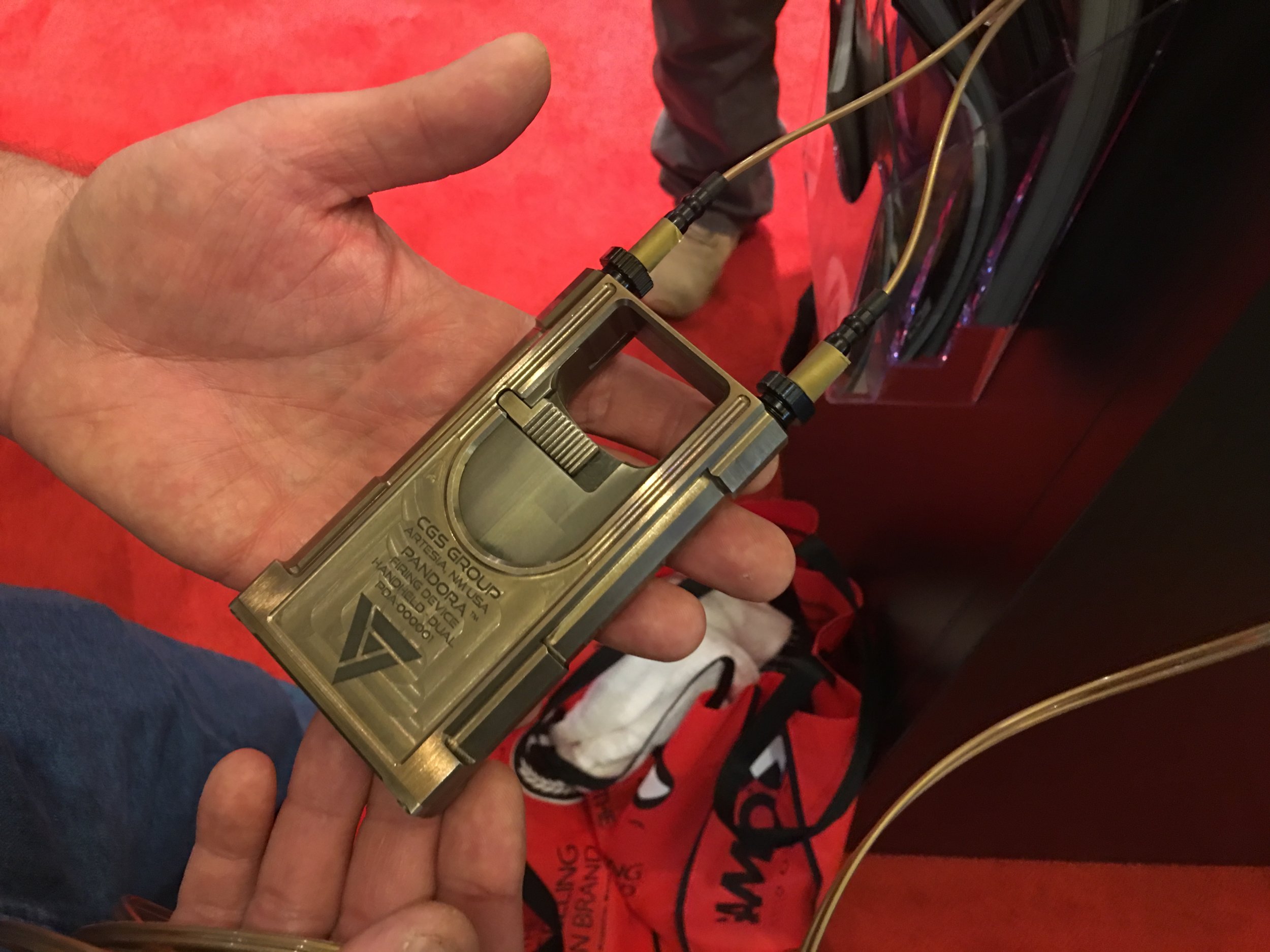 Every once in awhile in this business, you come across an item that you had absolutely no idea existed and really surprises AND delights you. The Pandor handheld, striker-fired breaching/firing device/detonator, brought to you by the good folks at CGS Group, is just such an item. So, what’s so delightful about it? Well, aside from the fact that it’s supposed to be a significantly better moustrap for blasting through an obstinate door or wall during a direct action (DA) mission dynamic entry. Remember, before you can engage in dynamic CQB/CQC (Close Quarters Battle/Close Quarters Combat), you must first gain entry.

Anyway, the Pandora is specifically design to outperform and replace the current-issue Gryphon Engineering GES Mk 54 Mod 1 Dual Initiator System firing device (precursor to the MARK 54 MOD 2 Dual Shock Tube Initiator System), which doesn’t look nearly as elegant as the Pandora. Unlike the MK-54, the Pandora’s dual independent strikers give the end-user/operator an immediate second chance at detonation, if there’s a failure. To fire the Pandora, just slide the trigger safety to the off-safe position, stick two fingers on the double-action-only trigger and squeeze. Really simple. Apparently, this is the ONLY way the Pandora will fire, and it can’t possibly fire by itself. 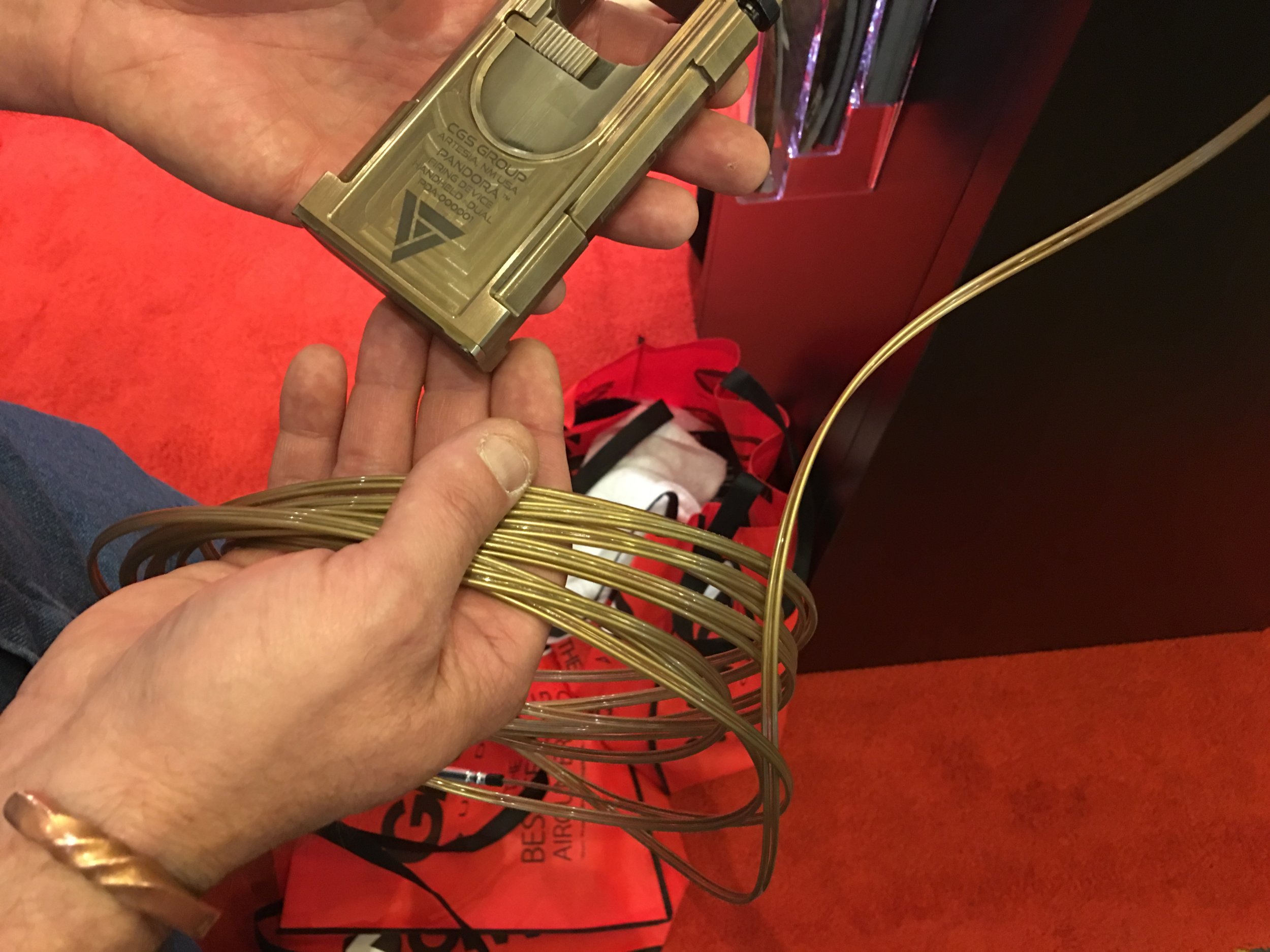 Now, all that’s great, but that’s not really what DR liked about the Pandora. What we liked is how it looked. It’s just really beautifully designed, and a great object. It’s just a wonderful piece of combat/tactical industrial art/design, and looks like it was designed and made in the 1930’s or 1940’s in the Art Deco style. We also liked the patinated brass color aesthetic. In fact, it’s was hands down the prettiest thing we saw at SHOT Show 2016. DR should note that the one we saw and handled was made from 17-4 heat-treated stainless steal alloy, but the production version will be made out of 7075 T6 aluminum alloy, due to its lighter weight. The Pandor also comes with its own (Kydex?) holster.

The CGS Pandora firing device is also supposed to be easy to assemble and disassemble, by the way. In any case we want one. 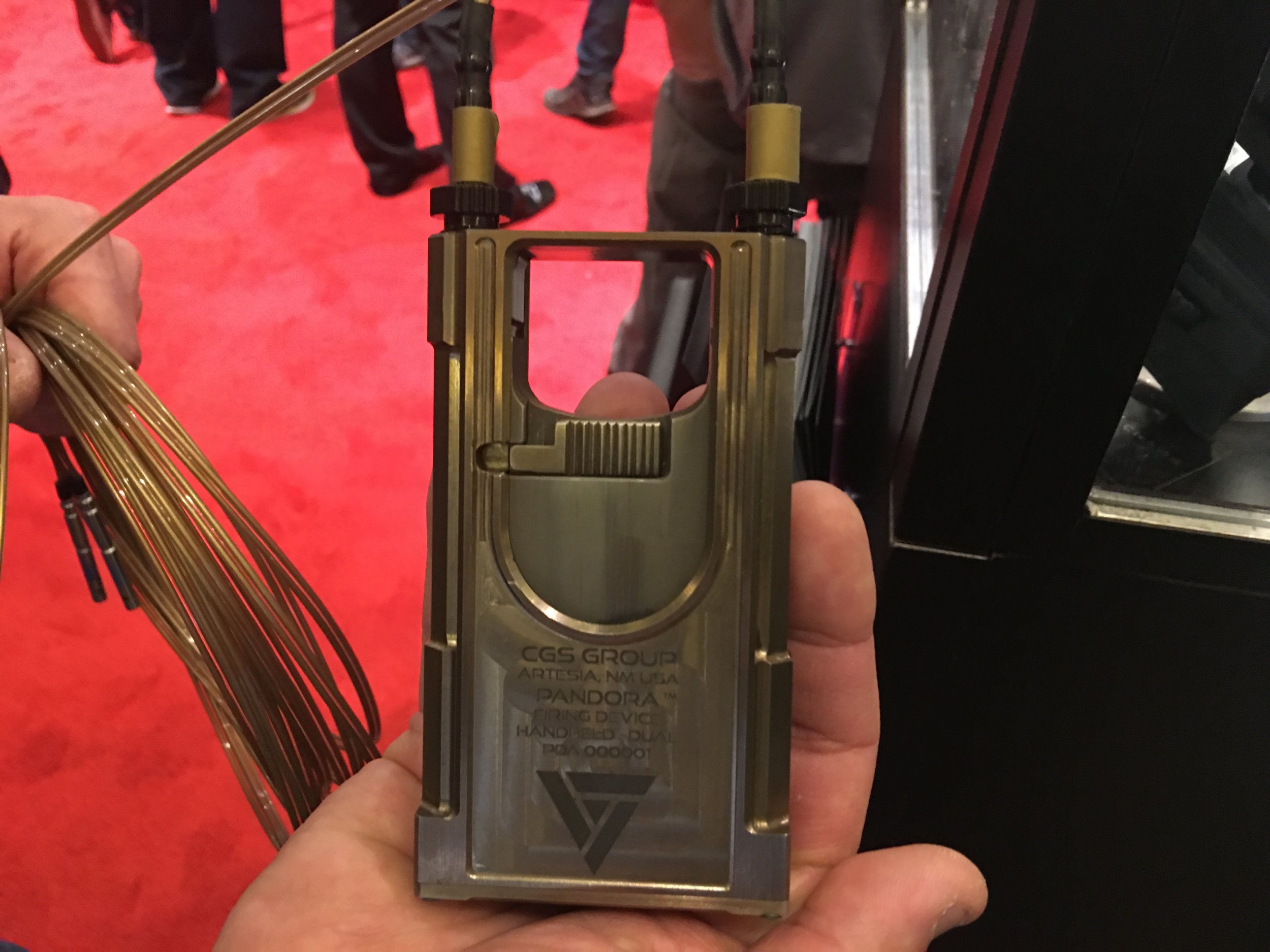 If you want all the boring internal technical functioning details, head over to Soldier Systems Daily (SSD), who covered all the those aspects in their post-SHOT Show wrap-up (they did a nice job, actually)–but our photos are better. 😉 AND, we’ve got video of CGS Group president/CEO Robert West showing and explaining the Pandora to us (see below).

CGS Group is definitely a company to watch, as they make some really interesting things (in addition to the Pandora). Defense Review will be reporting on those as well, soon.

Editor’s Note: Is it just us, or is Mr. West a bit reminiscent of actor William Sanderson, a.k.a. replicant designer “J.F. Sebastian” from Blade Runner (see beginning of video, and last photo below)? Great character, and fantastic movie. LOVE that movie. Come to think of it, the Pandora would have looked right at home in Blade Runner. Same visual design aesthetic. Anyway, don’t let the overalls fool you. West ain’t no farmer. He’s a rather deadly combat/tactical technology developer and innovator…and a pretty nice guy, to boot. Wild, wild West! 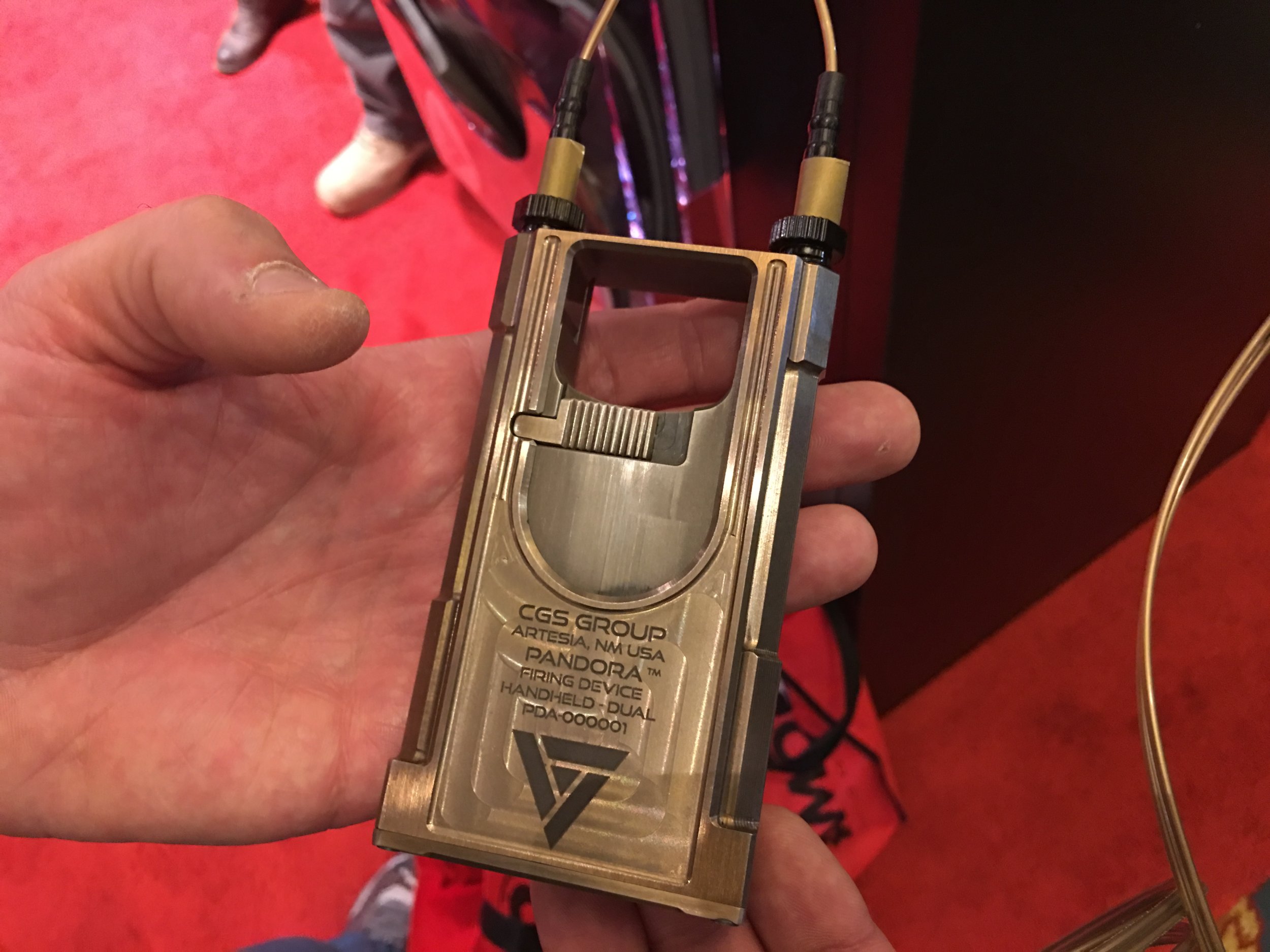 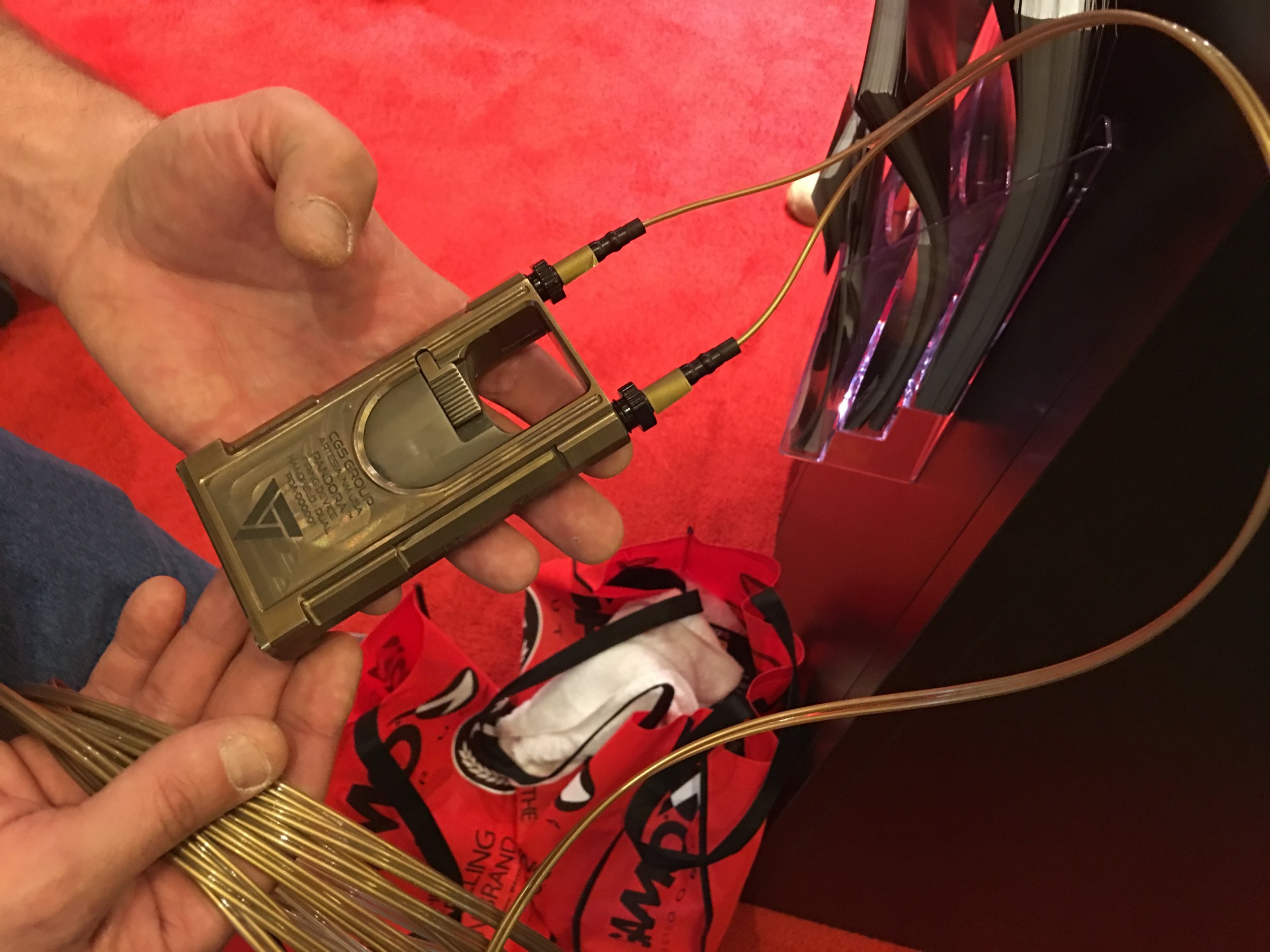 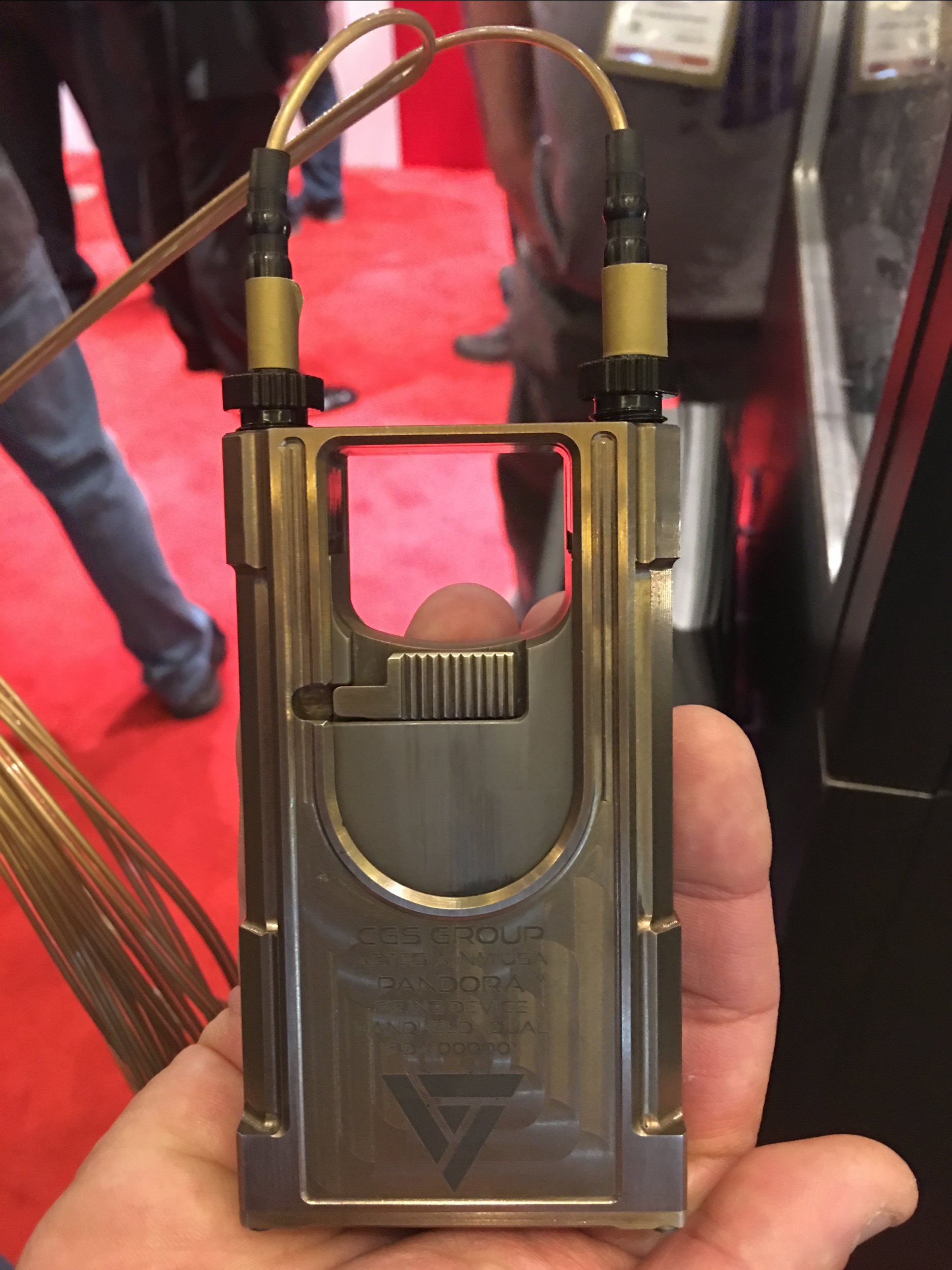 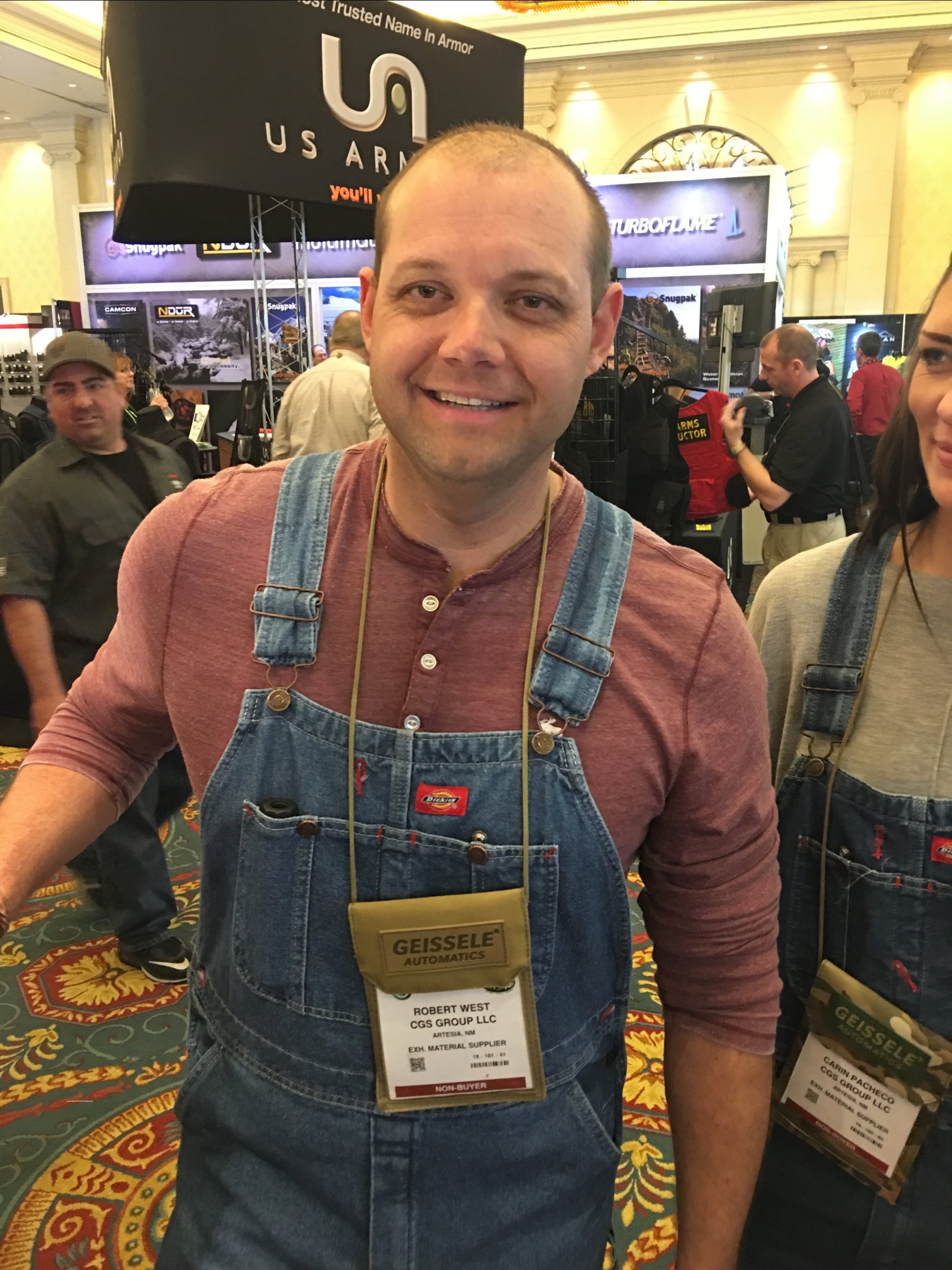 David Crane started publishing online in 2001. Since that time, governments, military organizations, Special Operators (i.e. professional trigger pullers), agencies, and civilian tactical shooters the world over have come to depend on Defense Review as the authoritative source of news and information on "the latest and greatest" in the field of military defense and tactical technology and hardware, including tactical firearms, ammunition, equipment, gear, and training.
Previous Revision Multi-Use Bump Shell/Modular Ballistic Combat Helmet with Skeletonized Accessory Rail Mount System! (Photos!)
Next Strike Industries SI QD Slide Cover Plate (Back Plate) for Glock Pistols with Patent-Pending Push-Button Design for Quick Takedown and Even Easier Maintenance!