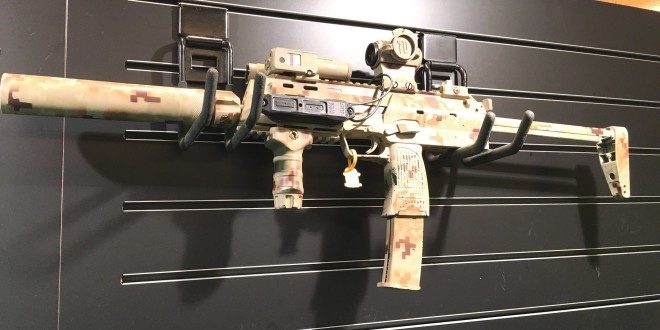 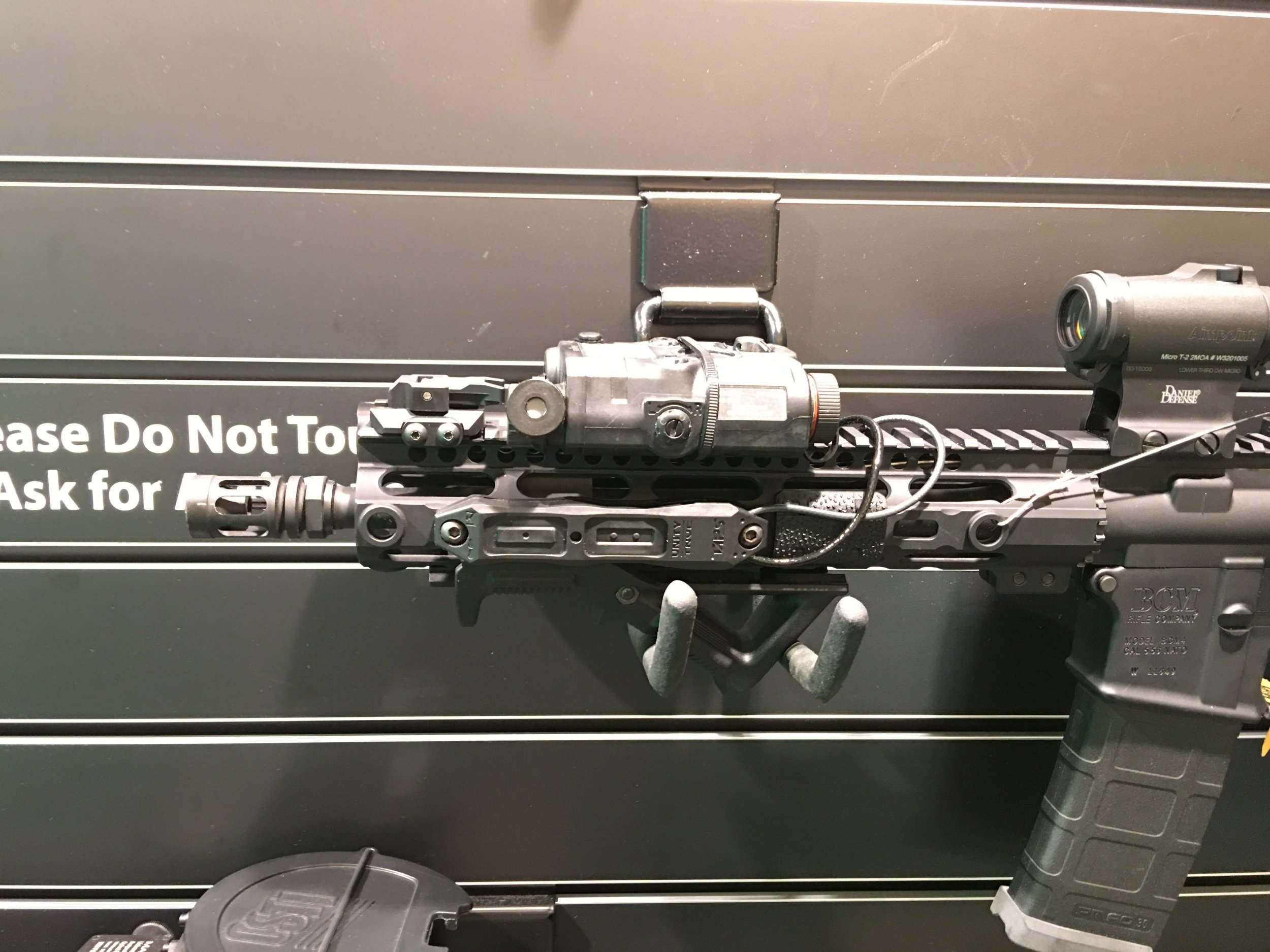 While DefenseReview (DR) was at SHOT Show 2016, we made our usual stop at the Tactical Night Vision Company (TNVC)/Unity Tactical (UT) booth to see the latest and greatest products coming out of these two innovative shops. We checked out a number of interesting products, but first on our list was the TNVC/Unity Tactical TAPS (Tactical Augmented Pressure Switch) programmable tape switch, or smart tape switch/pressure switch, if you will. The TAPS sports a “polymer housing with rubber over-molded buttons, and is “fully programmable, and mounts to 1913 [MIL-STD-1913 “Picatinny”], M-LOK and KeyMod [tactical handguard/rail system interfaces]”, according to Unity Tactical’s Trent Zimmer.

On the tactical AR (AR-15) carbine in the accompanying DR photos and embedded (DR) video below, the TNVC/Unity Tactical TAPS tape switch is running to a Steiner LDI/Insight lead and a Surefire lead. “So, the switch is fully programmable. It runs on a 2032 battery. Battery life is about 3,000 device-on hours. However the switch does have a fail-safe function, so if the battery dies, or there’s no battery, the switch still functions as a dumb pressure switch. By pressing this button in the center here [see video] with a bullet tip, you can program it to momentary, constant–press and hold for momentary, double-tap for constant and a couple other modes. You can also slave the devices, so one button will activate both the laser and the light. It’s gonna’ be available in late spring [2016]. Pricing is not yet set, but we expect around $220 dollars [USD],” Zimmer said.

As you can see from both the photos and video, Unity Tactical had the UT TAPS attached to both an AR carbine and a HK MP7A1 PDW (Personal Defense Weapon) at their booth.

The TNVC/Unity Tactical TAPS is an interesting and nice-looking little tactical accessory/accoutrement, so Defense Review would very much like to get our hands on one or two of them for T&E and review. However, if it works as advertised and holds up under hard use (adverse-environment combat conditions), the TAPS tape switch looks like a winner. 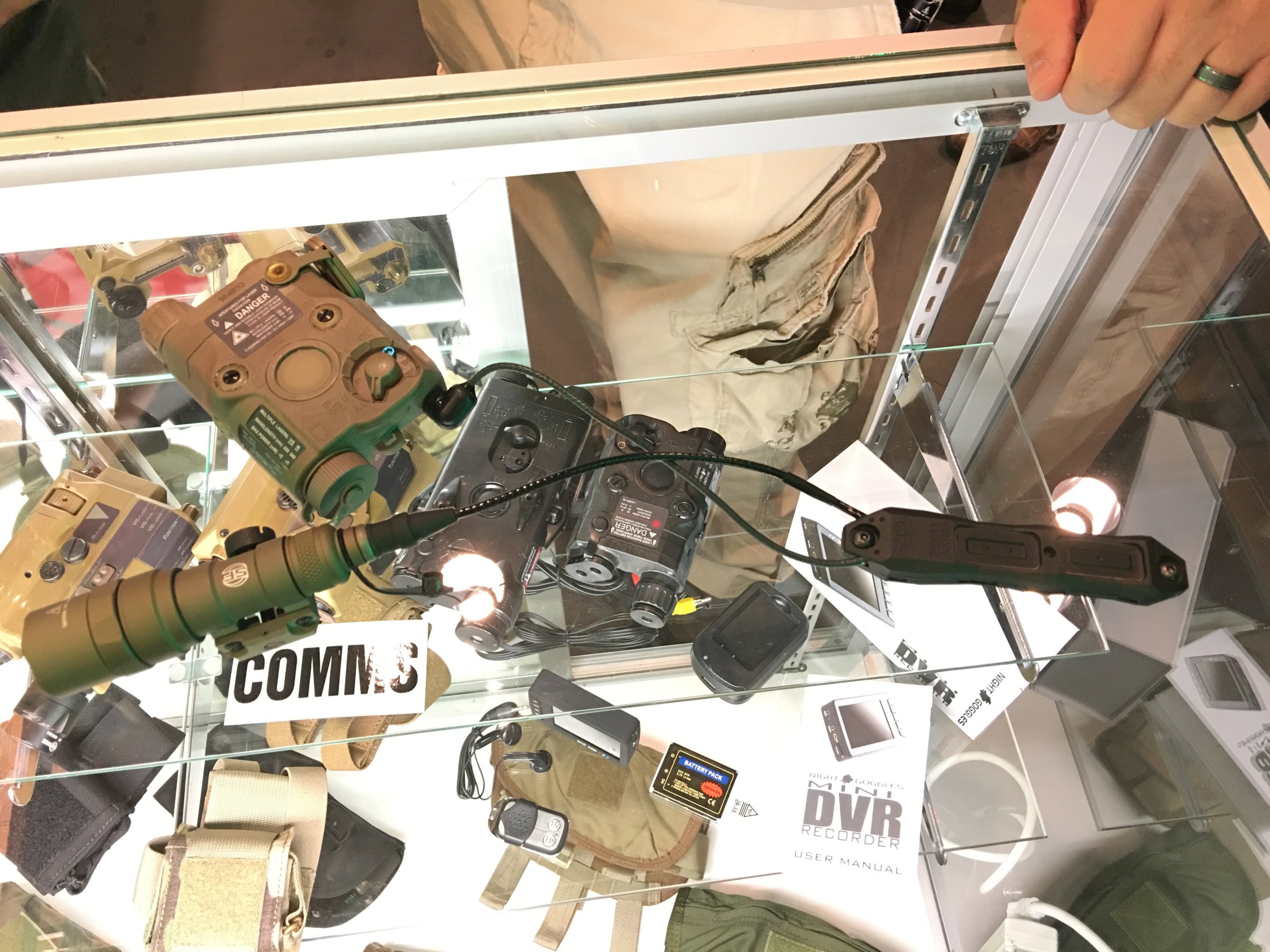 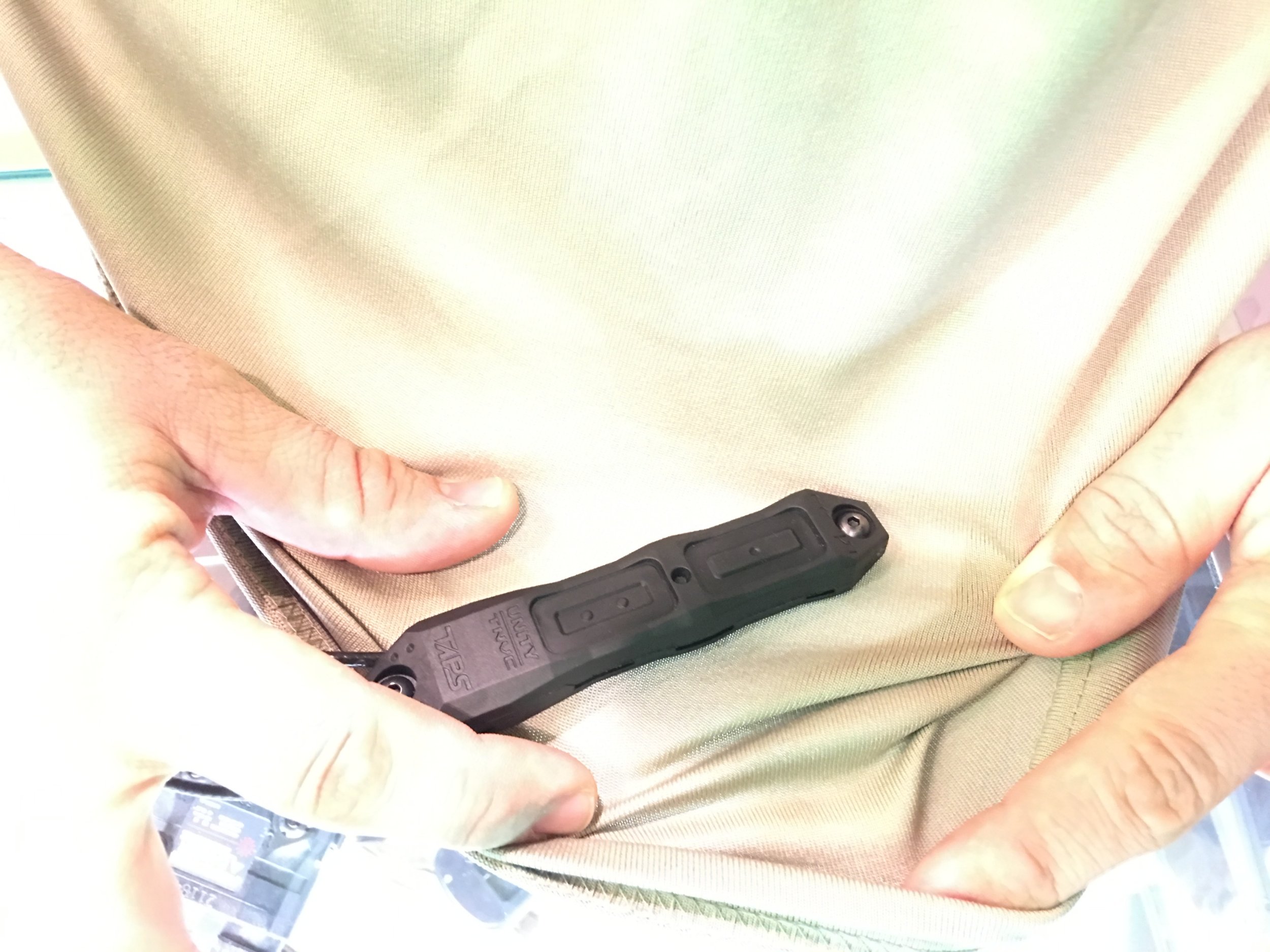 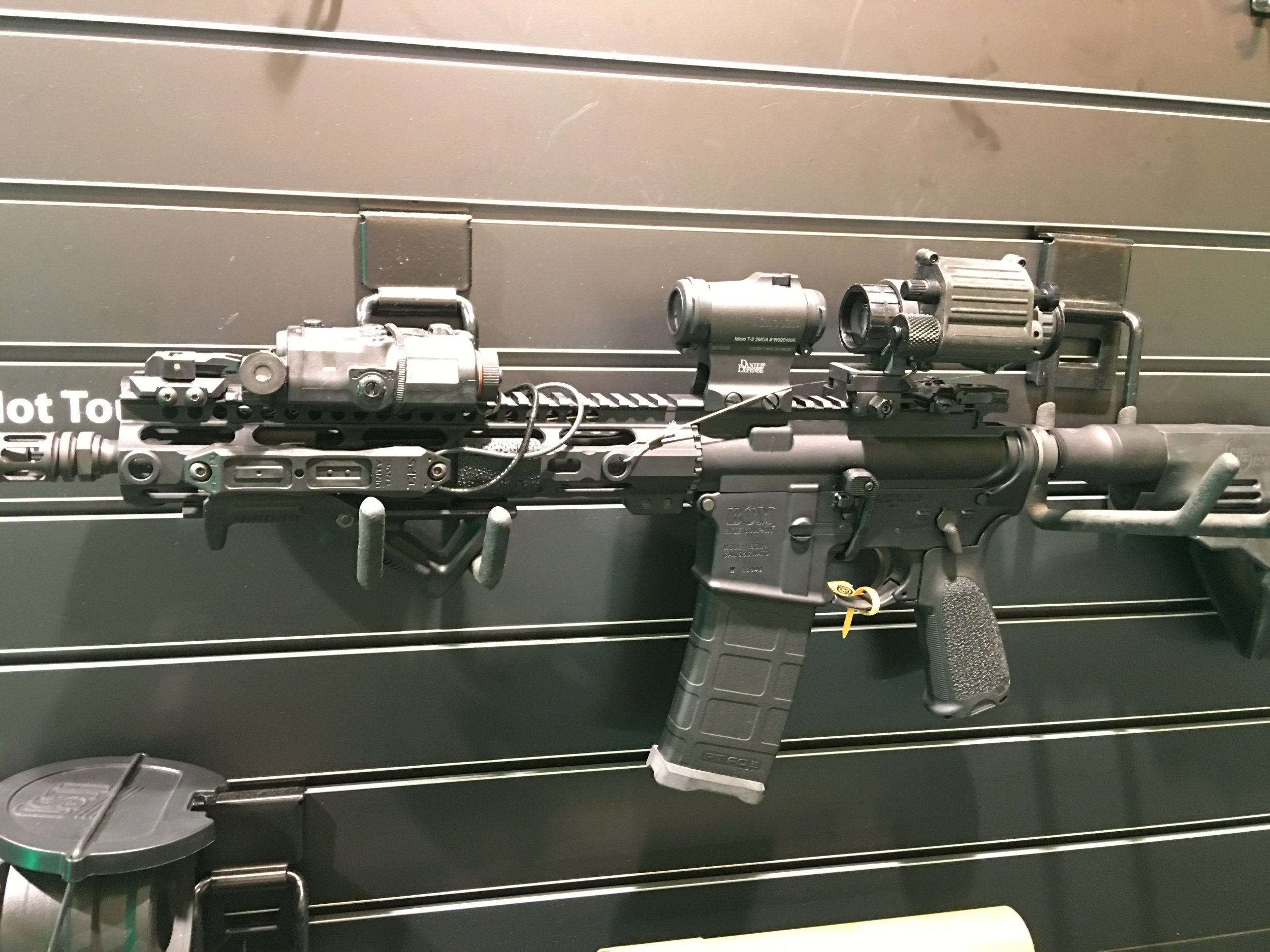 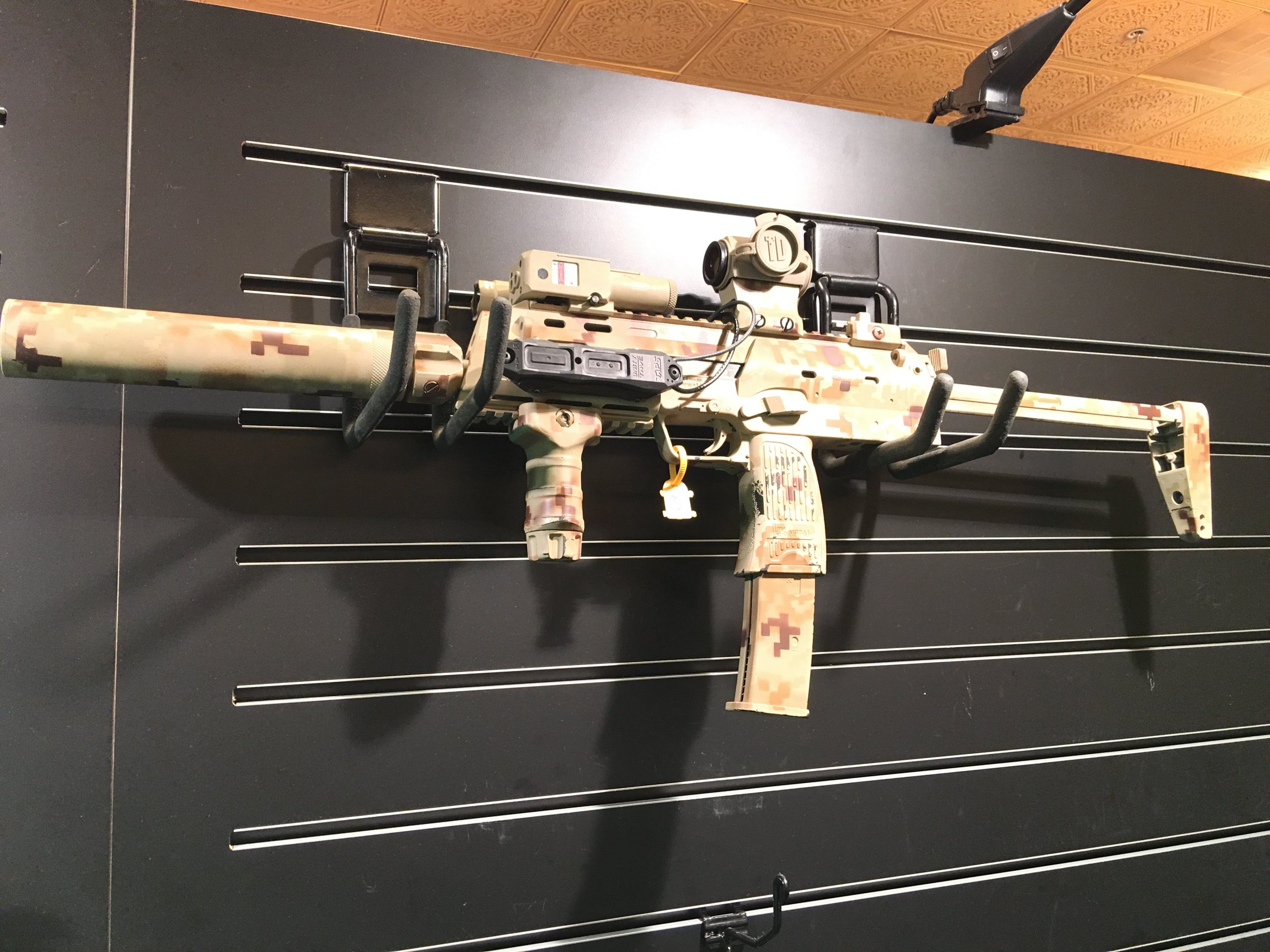 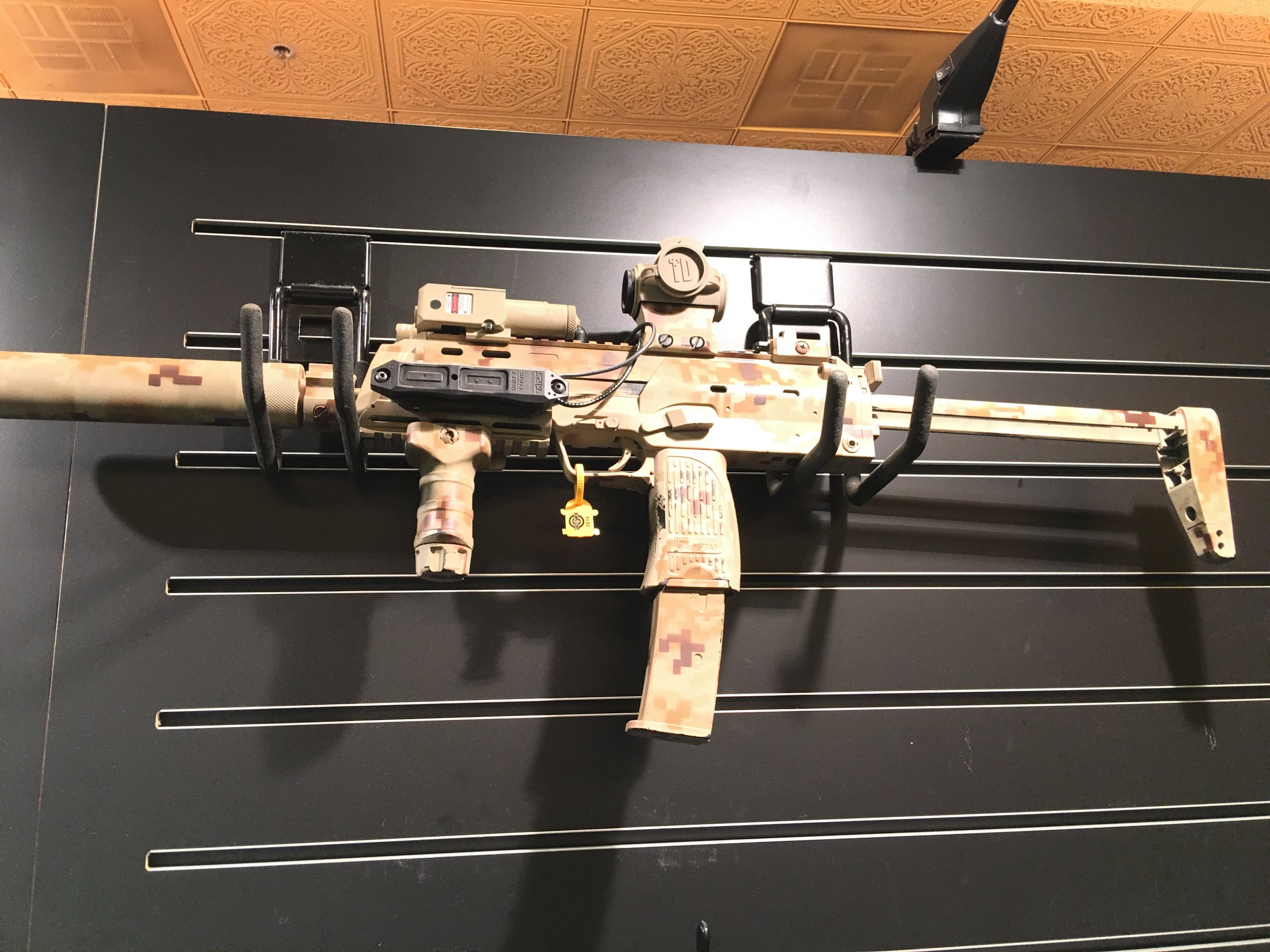 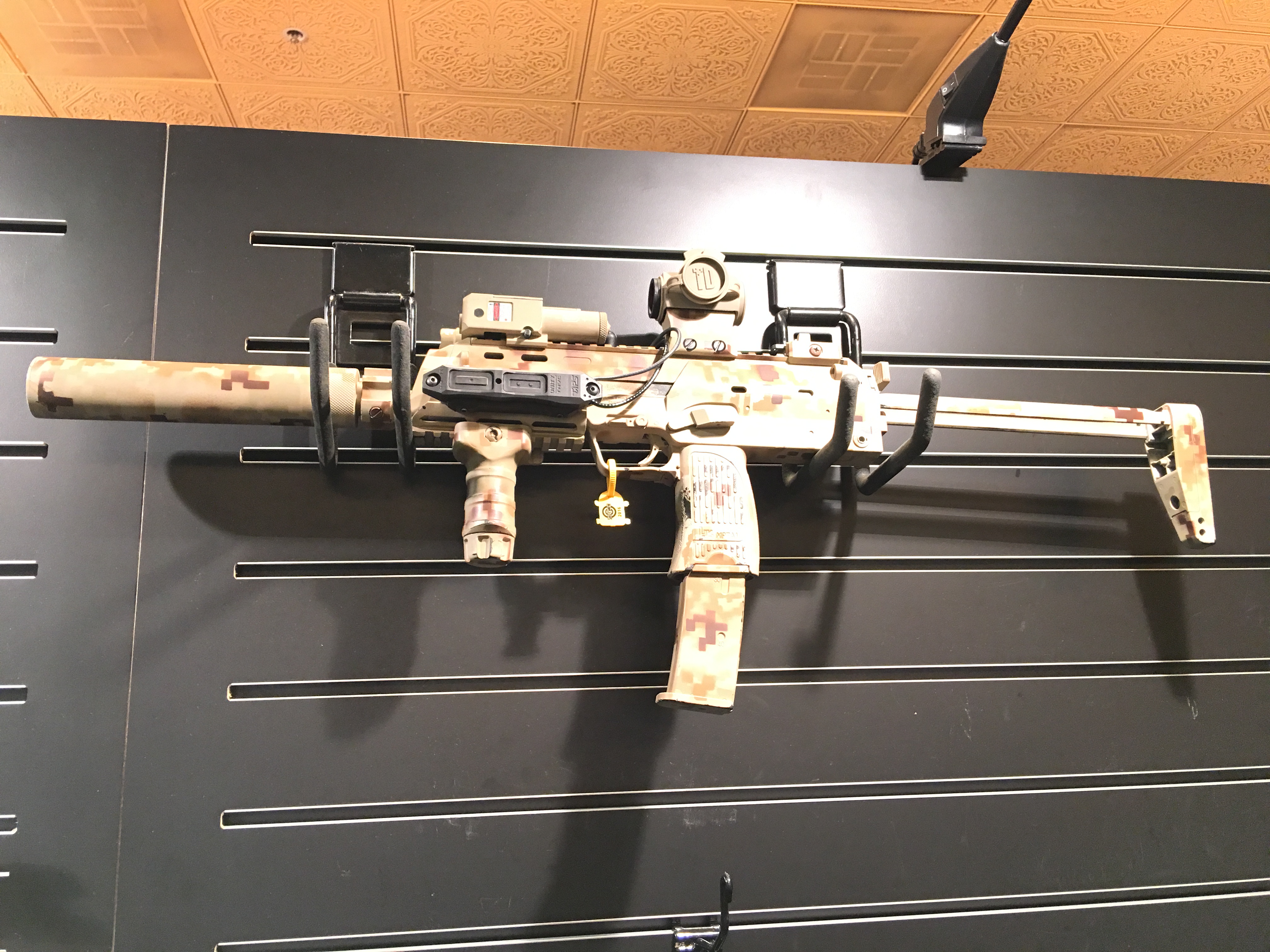