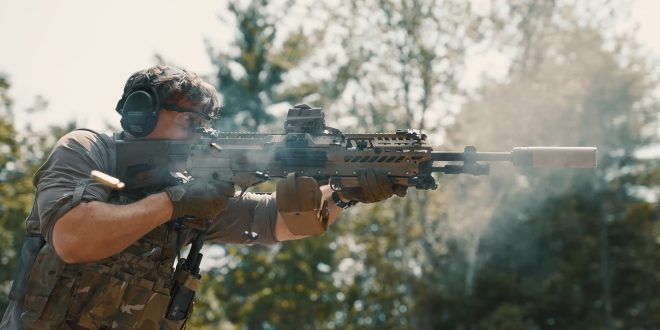 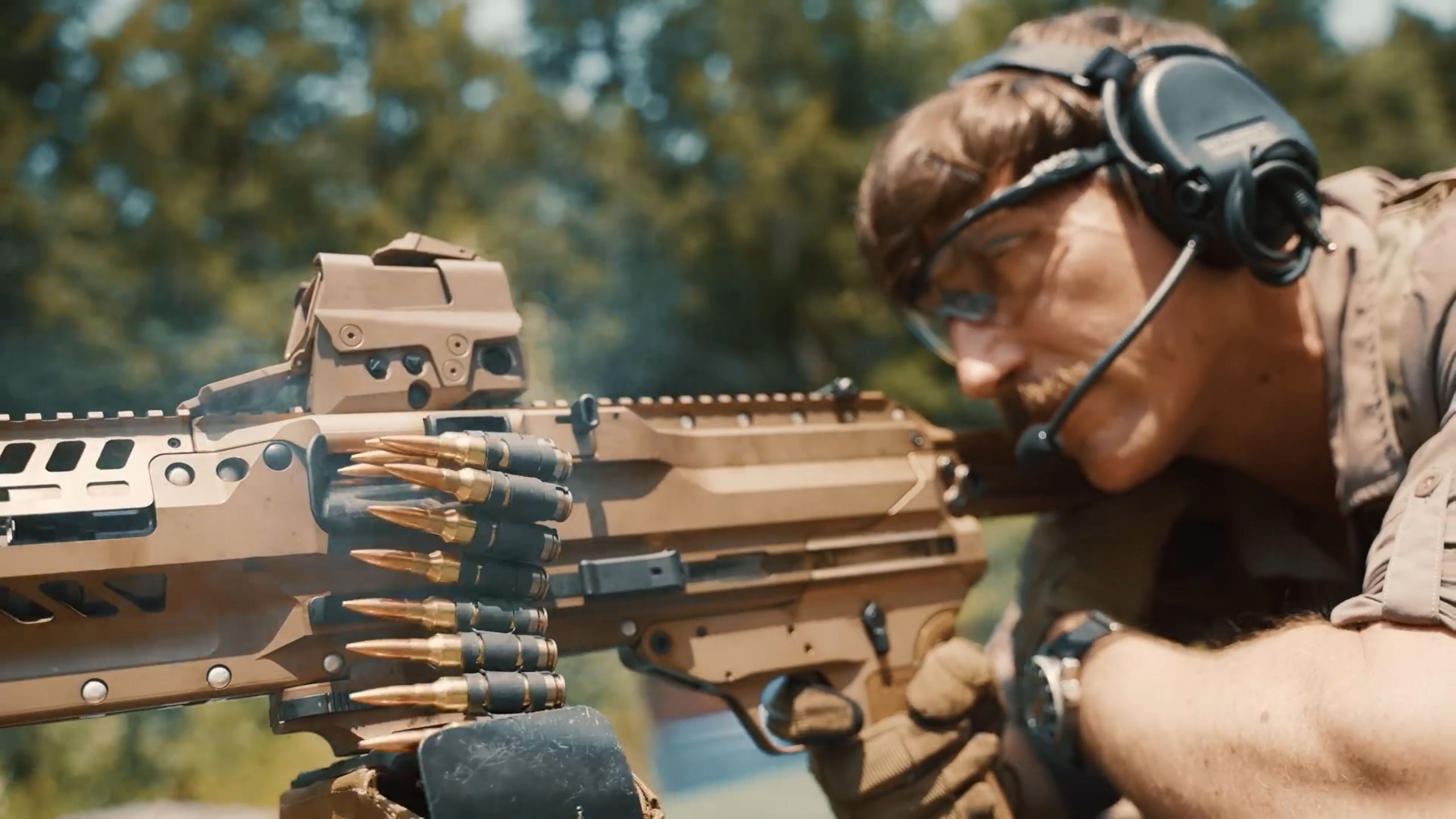 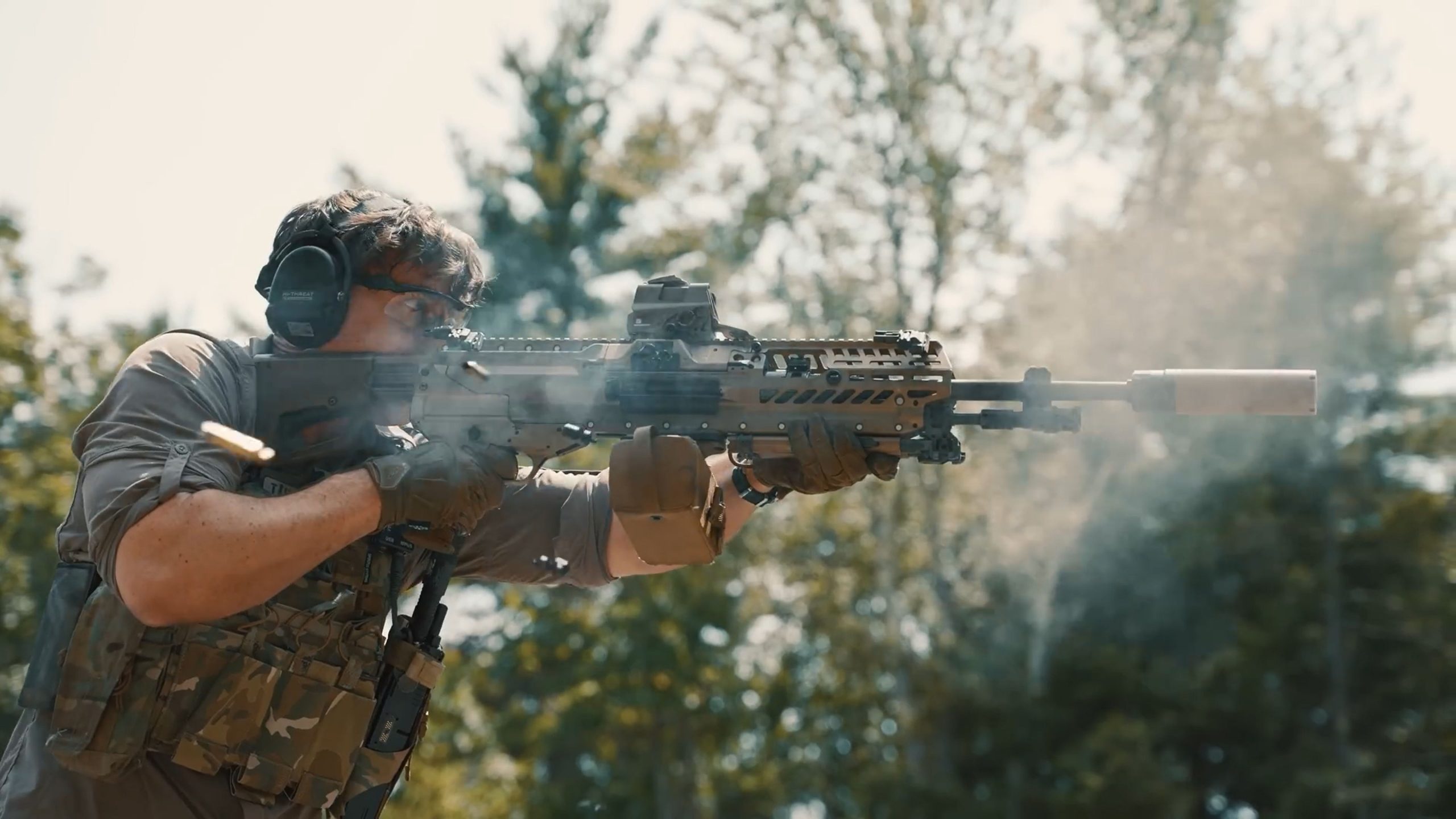 Well, cut to today, and Garand Thumb of YouTube fame has released a rather good and extensive video reviewing the SIG SAUER XM250/M250 and its suppressor (silencer/sound suppressor), which is essentially now the M250, and we think it’s worth watching all the way through, even though it’s 25 minutes long. Could Mr. Jones (Mike Jones) have made the video shorter? Sure he could have, but he would’ve had to leave some good stuff out, and the new M250 is arguably interesting enough to devote that kind of video time too, especially if it’s really that much better than a FN M249 (and presumbably a FN MK46 MOD 1, and potentially even the FN M240 and FN MK48 MOD 1, since the FN 6.8x51mm FURY Hybrid ammo apparently even “eclipses” the 7.62x51mm cartridge’s ballistic performance. 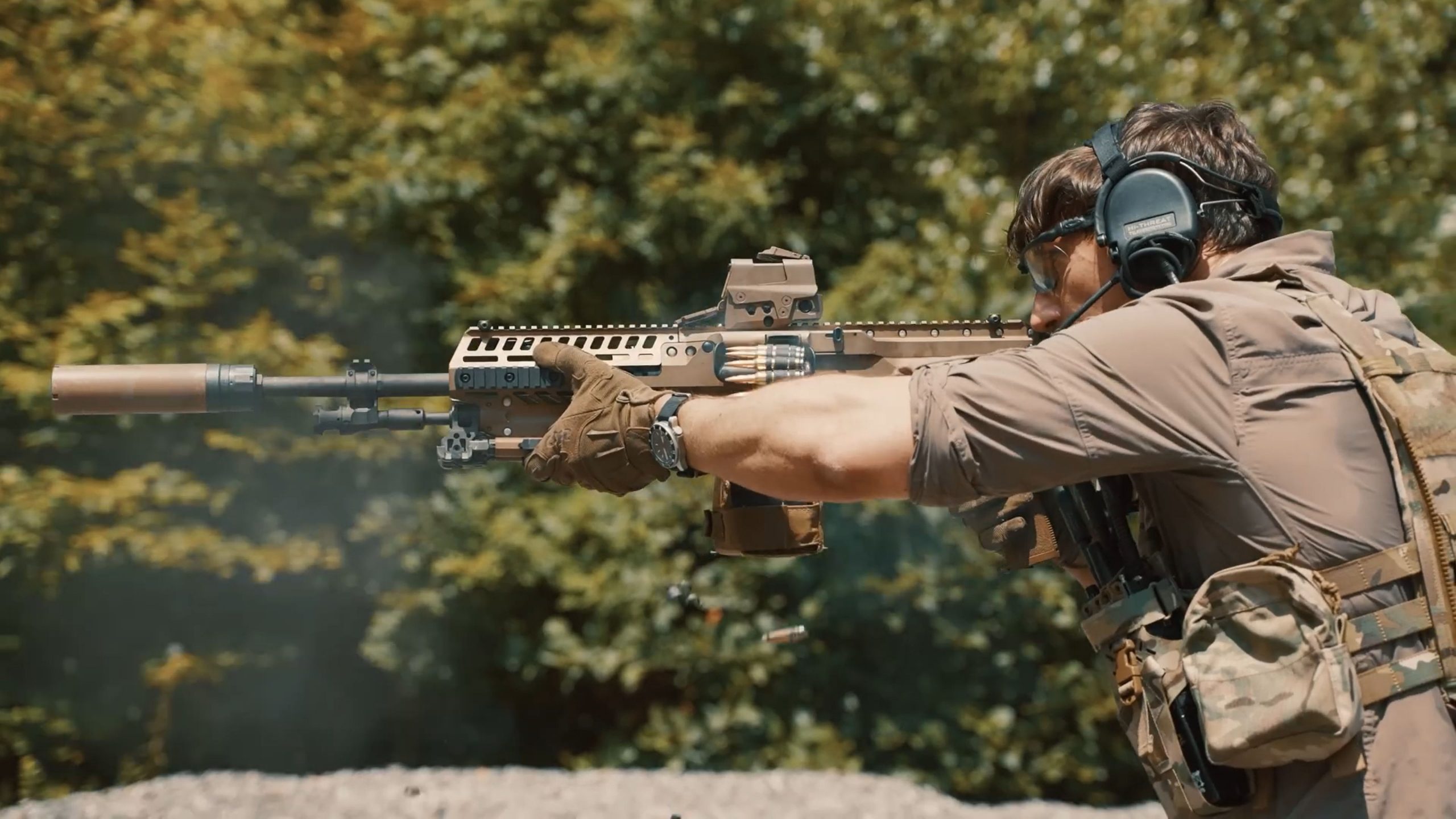 One of the most interesting things we gleaned from the video is that the SIG suppressor on the M250 actually reduces the amount of toxic gas and particulate matter blowing back into the shooter’s face versus an unsuppressed weapon. That’s certainly a good thing. The suppressor also only cuts about 25 FPS (Feet Per Second) from the bullet’s velocity, which is virtually nothing, and also a good thing. AND, the suppressor only boosts the cyclic ROF (Rate Of Fire) by about 25 to 30 RPM (Rounds Per Minute). The gas system has two positions, Normal and Adverse, depending on the round count and environmental conditions you’re in. 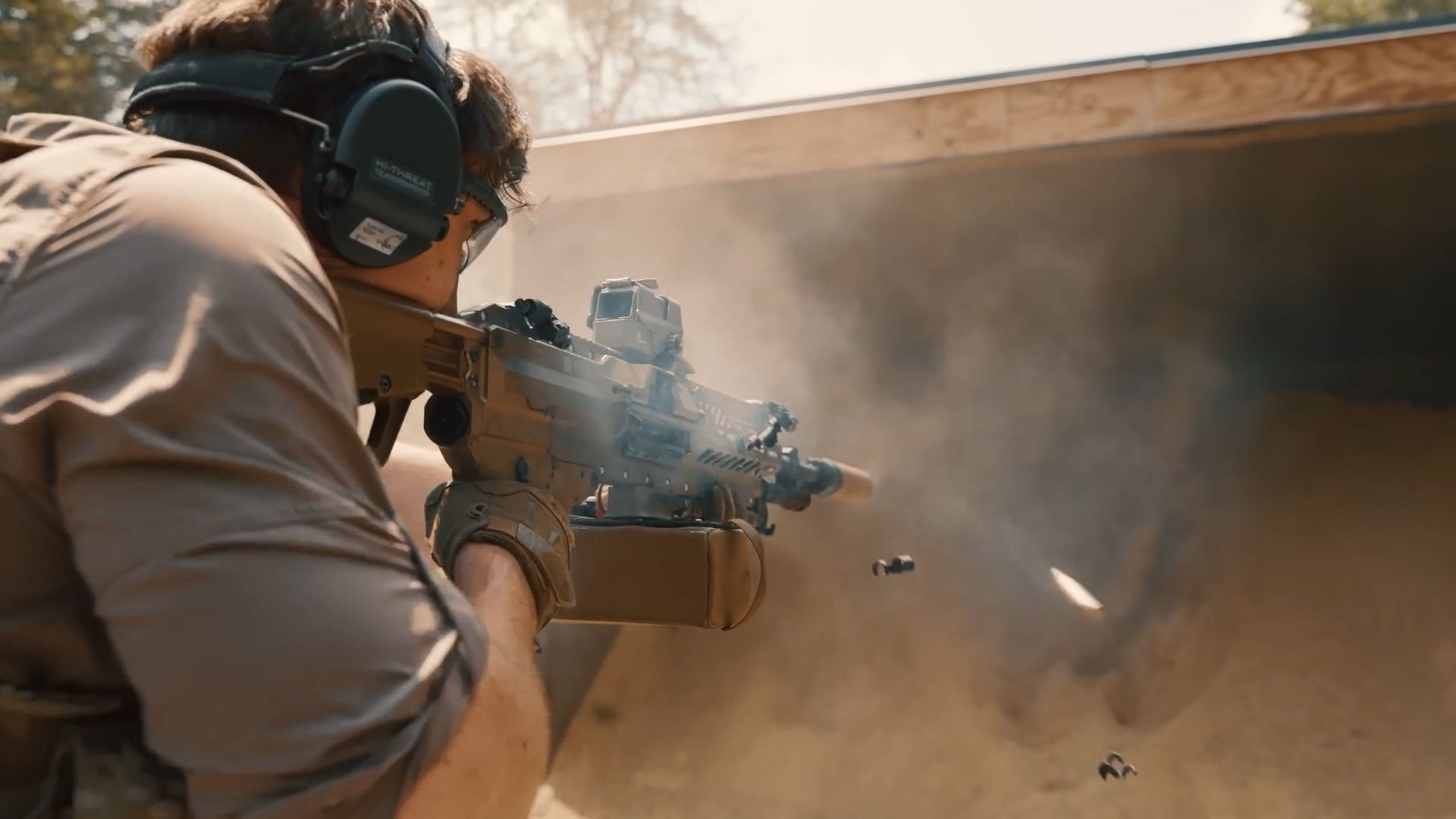 Barrel length is only 16″ (16 inches), which keeps the gun maneuverable inside tighter quarters. It also cuts down on the weight out front. Jason St. John, SIG’s Senior Director for Strategic Projects for SIG’s Defense Strategies Division, said he thinks SIG’s “right on the cusp” of achieving a 15,000-round barrel life for the the M250’s barrels. The barrels are also quick-change, although not under active firing conditions, as the barrels don’t have carrying handles. Just pop up the top portion of the tactical handguard (which will use a captured pin in the future), hit a lever at the back of the barrel which rotates the barrel clamp over, and the barrel pops right off. The beauty of this system, aside from fast barrel changes, is that you can also change caliber between 6.8, 6.5, and .260. 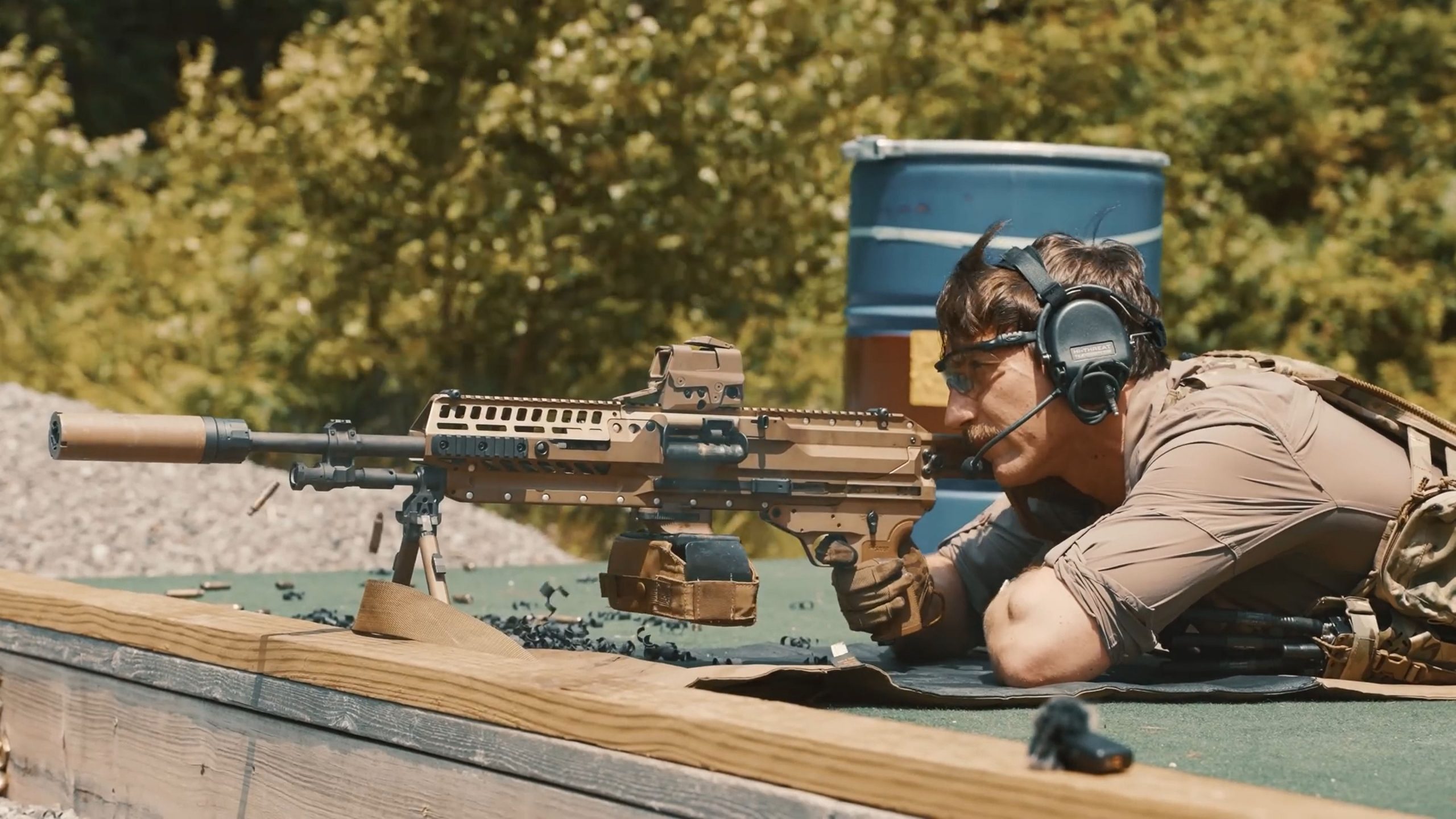 Any combat rifle accessories that need to be mounted out front AND maintain zero need to be mounted to the M-LOK side rales on the handguard. The primary combat optic’s mounted on the M250’s rather interesting right-rotating feed tray. Return-to-zero for the feed tray-mounted optic is currently 1.2-1.4 MOA (Minutes of Angle), which is “good enough for a machine gun”. The M250’s offset iron sights are there thanks to a US Army requirement that they be there.

The SIG M250’s titanium (on the front) bipod is lightweight, extendable and foldable/stowable, which is nice. 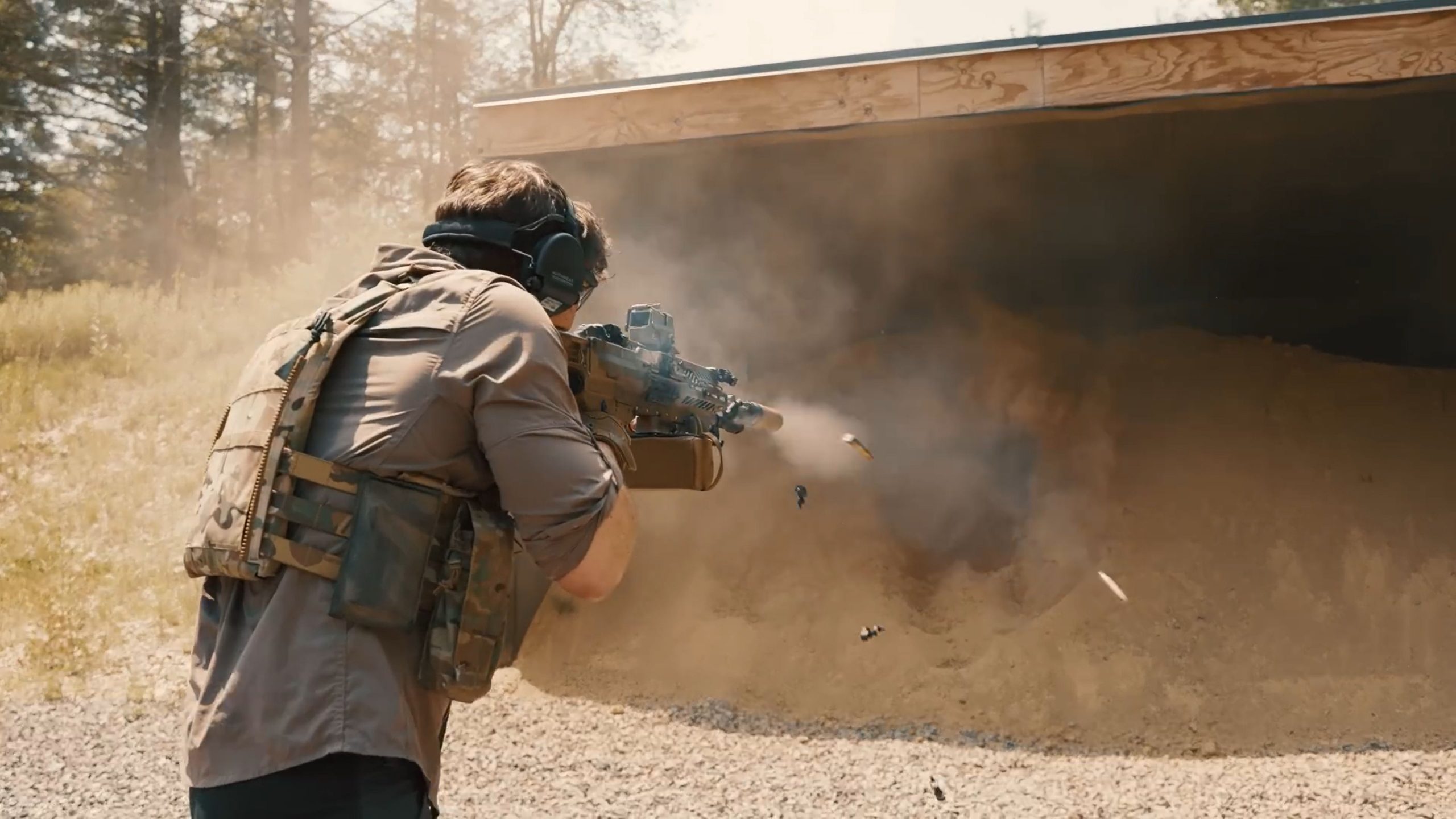 And, now we come to Garand Thumb’s favorite feature on the M250, the “entire mechanism of holding the [on board belted] ammunition”, which utilizes 50-round and 100-round ammo “nutsacks” (containers). DR would advise you to watch the video to see how it all works.

The SIG SAUER M250 light machine gun’s trigger is roughly 8 lbs, and has a little bit of play before you hit the wall and the shot breaks. 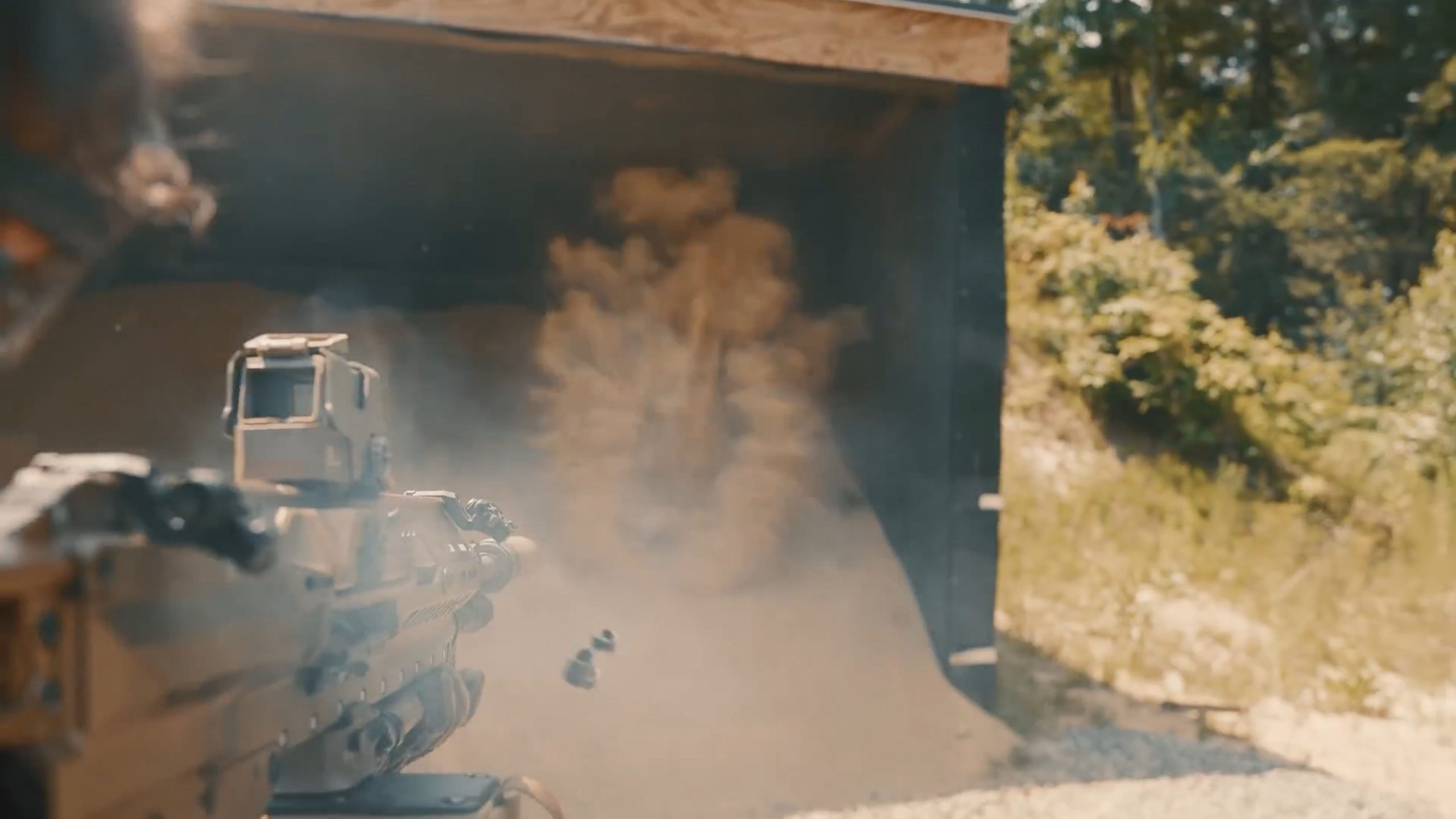 The SIG M250’s buttstock is telescoping/collabsible, not folding due to overall length requirements.

All in all, a nice video. DR dug it, and you can watch it yourself, below.

David Crane started publishing online in 2001. Since that time, governments, military organizations, Special Operators (i.e. professional trigger pullers), agencies, and civilian tactical shooters the world over have come to depend on Defense Review as the authoritative source of news and information on "the latest and greatest" in the field of military defense and tactical technology and hardware, including tactical firearms, ammunition, equipment, gear, and training.
Previous Valiant Dynamics EvolvR Combat Stock: 8-Position Rotating AR-15 Buttstock with ‘Spur Catch) for Tactical Armor Plate Carriers!
Next Gas Defeating Charging Handle for Silenced/Suppressed Tactical AR-15 Carbine/SBR’s: Say Bye Bye to Blow Back Gas in Your Face!