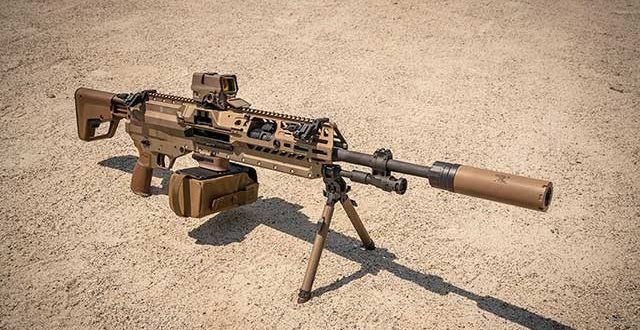 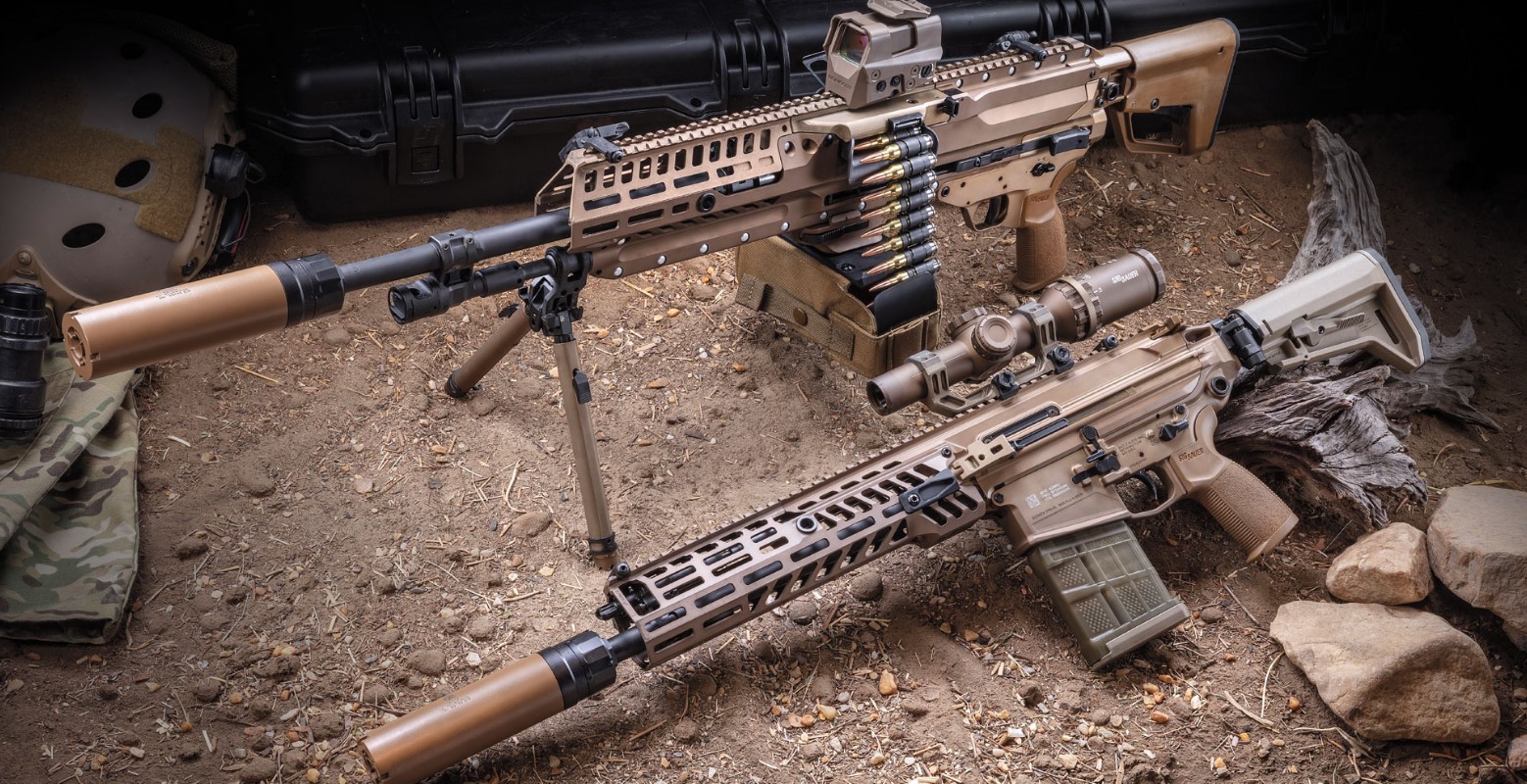 The US Army is replacing its AR-15/M16-based M4/M4A1 Carbine with the new SIG SAUER XM5 Rifle after a roughly 65-year run, and its M249 SAW (Squad Automatic Weapon) with the new SIG SAUER XM250 after, well, a shorter run, beginning in late 2023. The new contract also calls for replacing the Army’s 5.56mm NATO (5.56x45mm NATO) ammo with the new SIG 6.8x51mm FURY Hybrid ammo that the Army claims will increase range, accuracy and lethality. This is of course the culmination of the Army’s Next Generation Squad Weapon (NGSW) program, which SIG SAUER has now won over General Dynamics and Textron Systems. 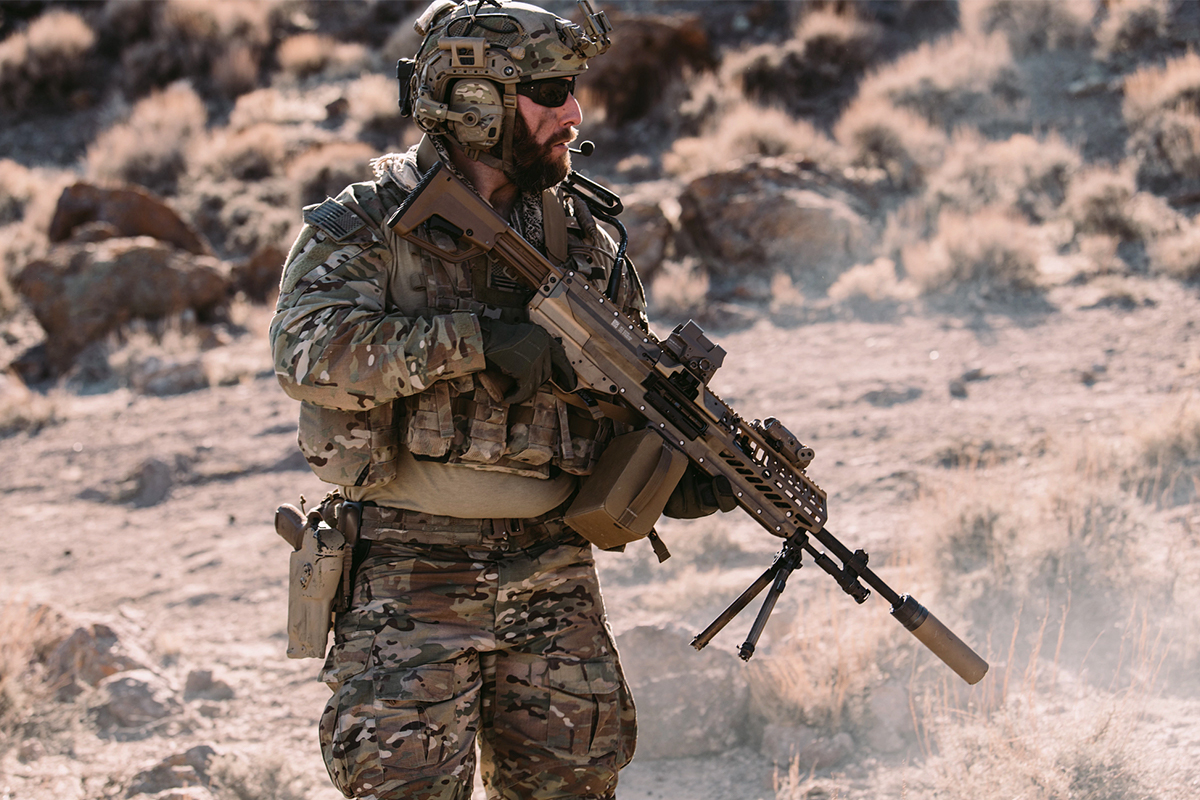 According to the Army, “both weapons provide significant capability improvements in accuracy, range, and overall lethality [presumably due to the 6.8mm round(s) sustaining supersonic flight over a greater distance than the legacy 5.56mm round(s), combined with the new XM157 Fire Control optic]. They are lightweight, fire more lethal ammunition, mitigate recoil, provide improved barrel performance, and include integrated muzzle sound and flash reduction.”

Vortex Optics subsidiary Sheltered Wings will be providing the XM157 Fire Control optic for the weapons, which alone is worth $2.7B (as in BILLION) over 10 years. “The NGSW-FC system is a ruggedized fire control that increases accuracy and lethality for the Close Combat Force. It integrates a number of advanced technologies, including a variable magnification optic, backup etched reticle, laser rangefinder, ballistic calculator, atmospheric sensor suite, compass, Intra-Soldier Wireless, visible and infrared aiming lasers, and a digital display overlay,” wrote the US Army Cross-Functional Team-Soldier Lethality. 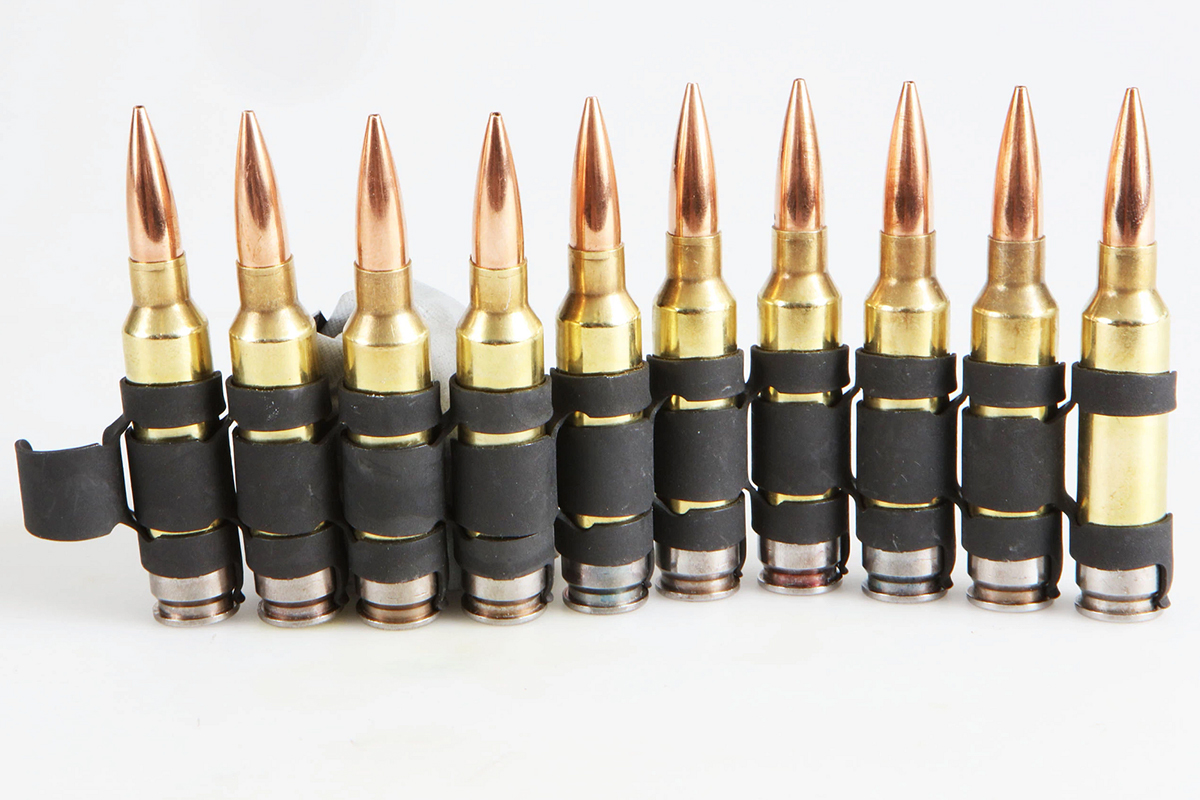 The new SIG 6.8×51 FURY Hybrid ammo’s actually the reason the Army will be waiting until late 2023 to field the new weapons system, as the Army has to first build up enough ammo stock. The new 6.8mm utilizes a novel case design consisting of brass and steel that reportedly reduces its overall weight.

It of course remains to be seen how the new weapons will actually perform in combat, but the Army obviously has very high hopes for the new weapons/ammo/optics combo, and they’re certainly going to be sinking a lot of money into it. DefenseReview (DR) likes what we see on paper, and hope everything ends up working as advertised. We also wouldn’t mind running the new weapons at the range sometime in the not-too-distant future, if SIG SAUER can help us make that happen.

David Crane started publishing online in 2001. Since that time, governments, military organizations, Special Operators (i.e. professional trigger pullers), agencies, and civilian tactical shooters the world over have come to depend on Defense Review as the authoritative source of news and information on "the latest and greatest" in the field of military defense and tactical technology and hardware, including tactical firearms, ammunition, equipment, gear, and training.
Previous Boeing T-7A Red Hawk Advanced Pilot Training System/Jet Trainer Aircraft Pays Tribute to Tuskegee Airmen ‘Red Tails’ of WWII!
Next Boeing Microlattice: Lightest Metal Structure Ever Made to Revolutionize Future Aircraft Construction?