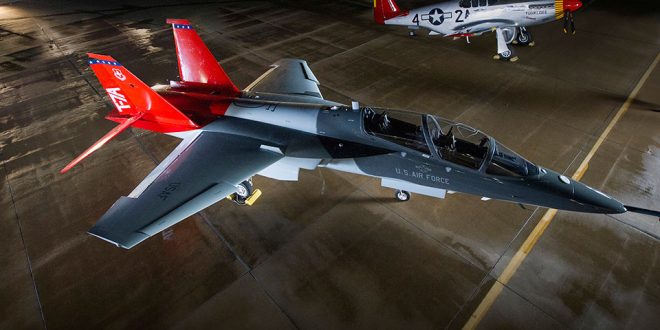 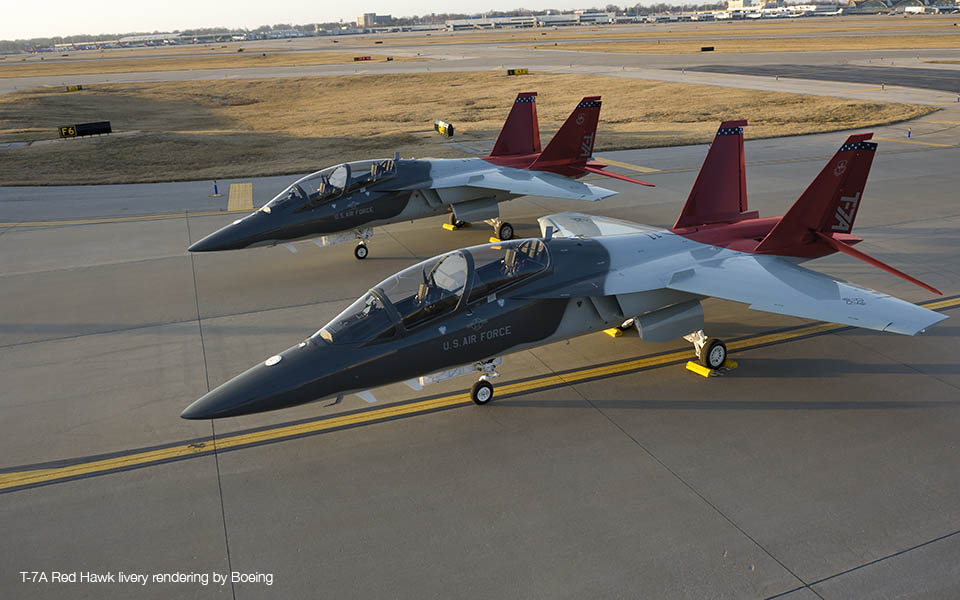 This one’s pretty cool. Boeing recently introduced their T-7A Red Hawk advanced pilot training system for US Air Force fighter and bomber pilots, and it looks pretty good, at least in the videos DefenseReview’s (DR) watched of it. The “Red Hawk” element of the name and its red-painted tail of course reference the famous Tuskegee Airmen “Red Tails” of the 332d Fighter Group and the 477th Bombardment Group (Medium) of the United States Army Air Forces (USAAF), primarily made up of African-American fighter pilots eventually flying the North American P-51 Mustang, during World War II (WWII). The Tuskegee Airmen were extremely effective and successful in their protection of US bomber aircraft doing bombing runs in the European theater.

Anyway, the Boeing T-7A Red Hawk jet trainer aircraft would appear to be a worthy aircraft to celebrate those great WWII pilots. The following information on it comes directly from the Boeing website: 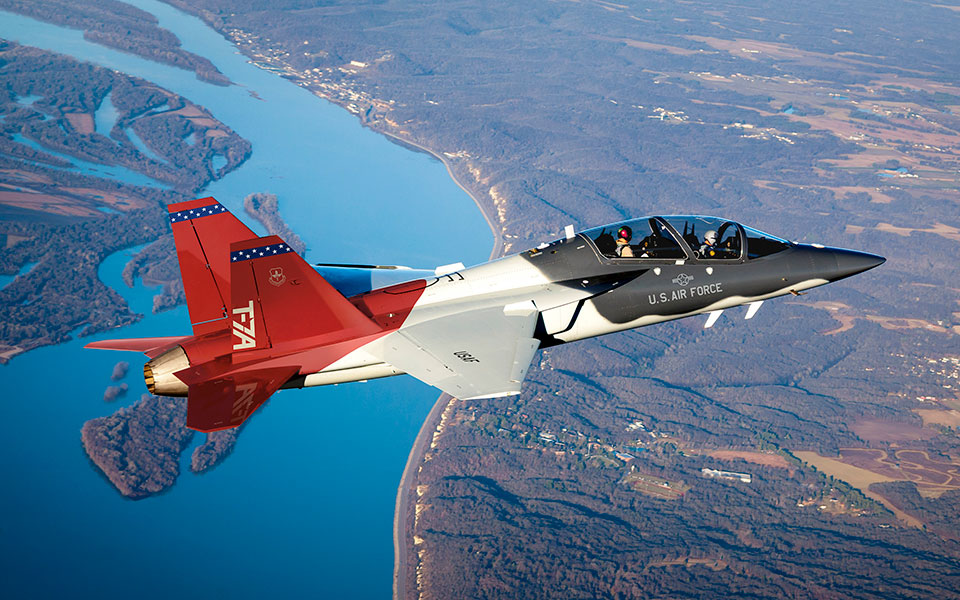 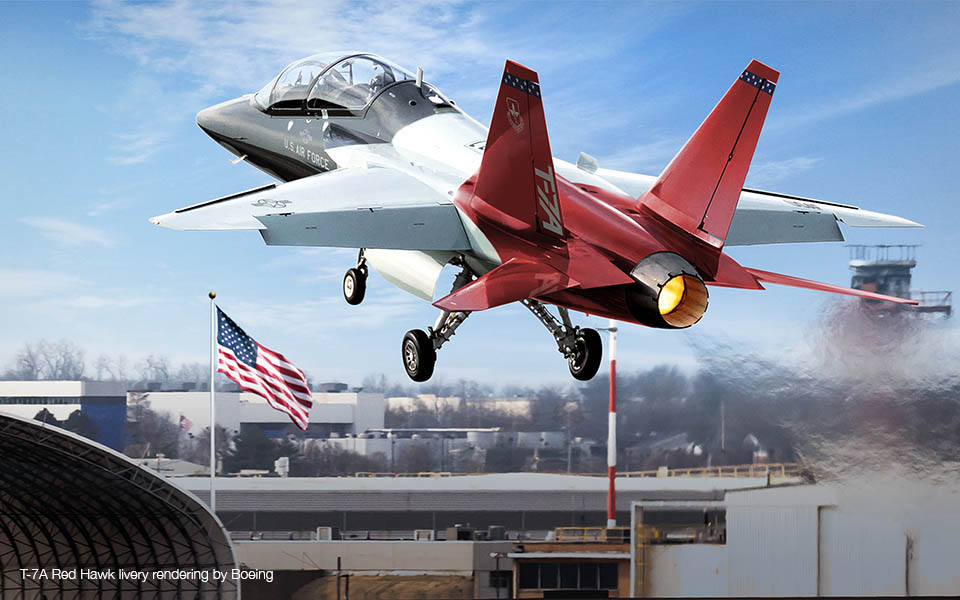 The T-7A went from concept to first flight in three years as a result of a “breaking the norm” paradigm that includes a modular design of the aircraft developed specifically for maintainers, highly immersive training and offloading of skills and advanced fighter-like performance features that are commensurate with today’s 4th and 5th-gen fighter aircraft.

Ground-Based Training Systems (GBTS), encompassing a full range of physical devices and instructional techniques, will prepare students for and supplement training conducted in the T-7A. The aircraft is a flexible, modifiable solution that adapts easily to people, software and systems so future technologies can be easily implemented, pilots can adjust to their personal preferences and the entire system can be applied to other missions. By adapting to changing technologies and learning methods, and by downloading more expensive training, the T-7A produces better prepared pilots in less time.

The T-7A’s design includes provisions for growth as requirements evolve for additional missions such as an aggressor, light attack / fighter variant. 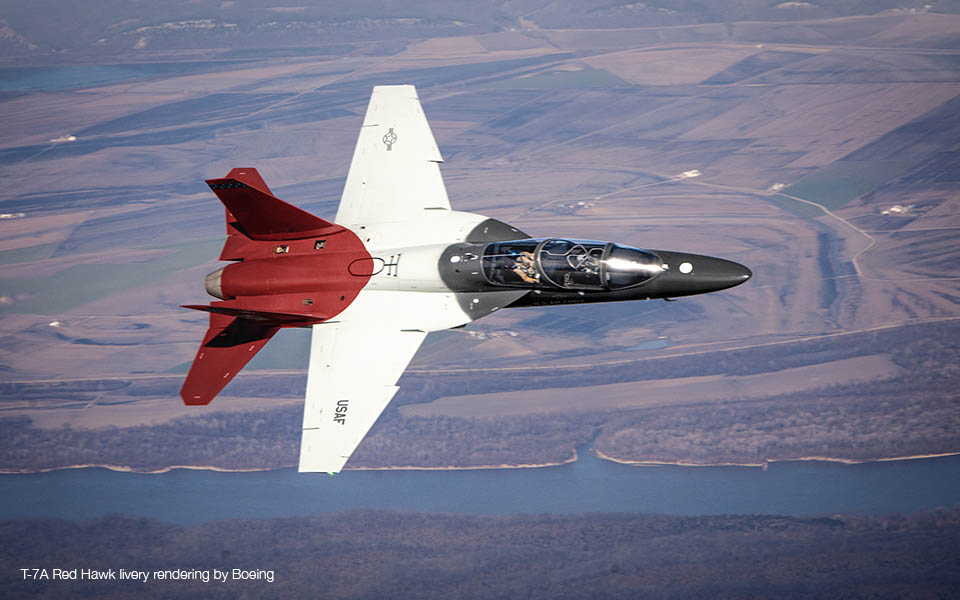 The Red Hawk’s fighter-like design and performance, combined with embedded and live virtual constructive training, allows the download of training tasks from the existing fleet to a lesser cost platform while simultaneously delivering realistic training solutions that better prepare pilots for the training mission.

© Copyright 2022 DefenseReview.com. All rights reserved. This material may not be published, broadcast, rewritten or redistributed without receiving permission and providing proper credit and appropriate links.

David Crane started publishing online in 2001. Since that time, governments, military organizations, Special Operators (i.e. professional trigger pullers), agencies, and civilian tactical shooters the world over have come to depend on Defense Review as the authoritative source of news and information on "the latest and greatest" in the field of military defense and tactical technology and hardware, including tactical firearms, ammunition, equipment, gear, and training.
Previous Aevex Aerospace Phoenix Ghost: ‘Secretive Suicide/Kamikaze Drone’ Aircraft being Shipped to Ukraine to Help Fight the Russians
Next SIG SAUER XM5 Rifle and XM250 Automatic Rifle to Replace US Army M4/M4A1 Carbine and M249 SAW by 2023!