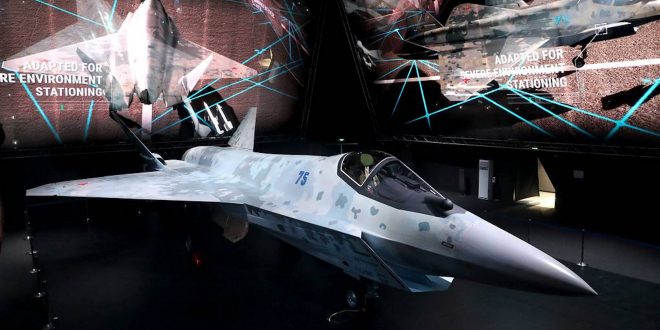 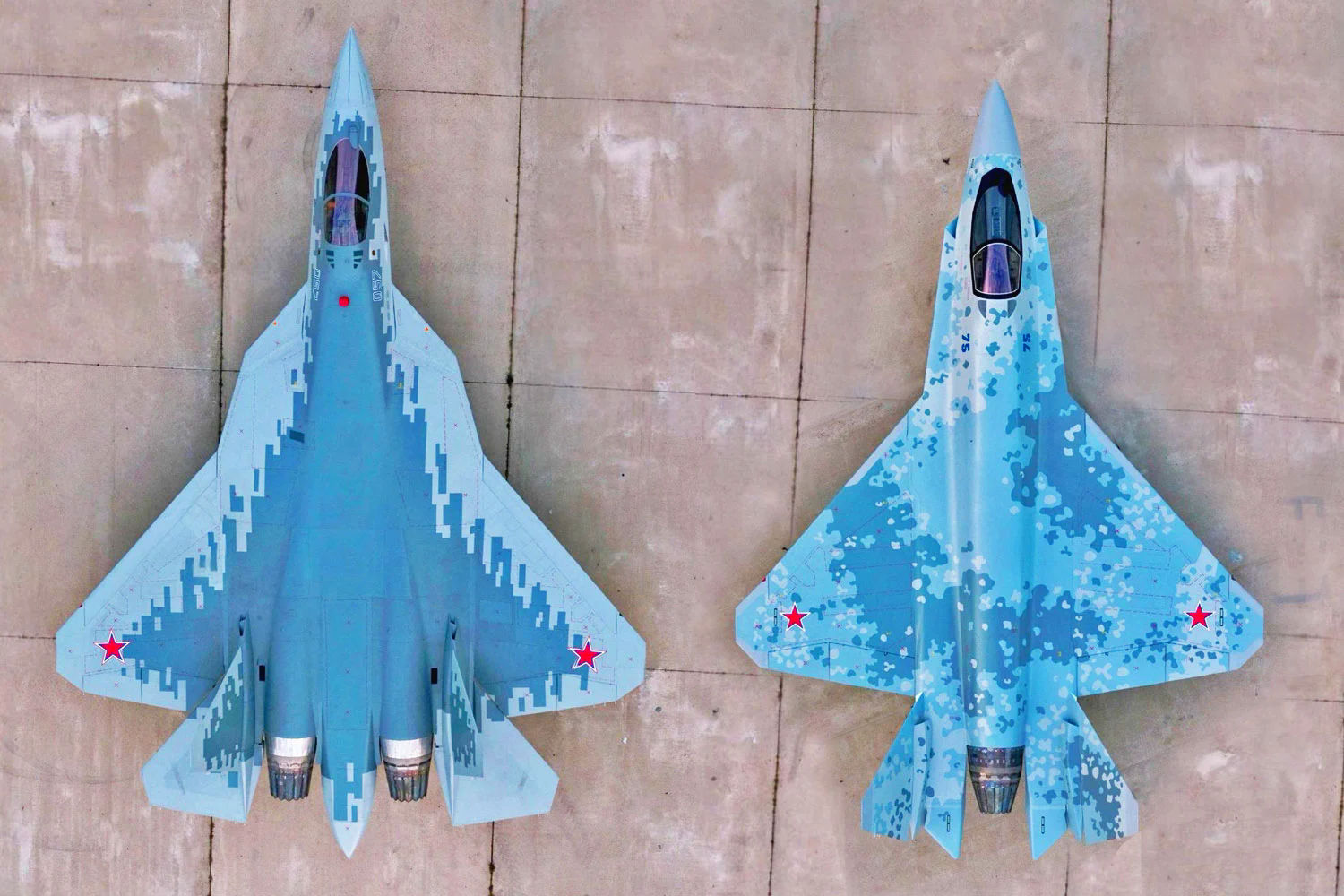 DefenseReview (DR) has been publishing information on the Russian Sukhoi Su-57 Felon “Raptorsky” 5th-Gen stealth fighter jet aircraft for quite awhile. Well, the Russkies have developed a smaller, lighter-weight single-engine 5th-gen stealth fighter called the Su-75 Checkmate (the Russians DO like their Chess after all) that comes in a bit smaller and lighter than its predecessor at 57 feet long with a 39 feet wingspan versus the Su-57, which is 66-ft long with a wingspan of 46 feet. 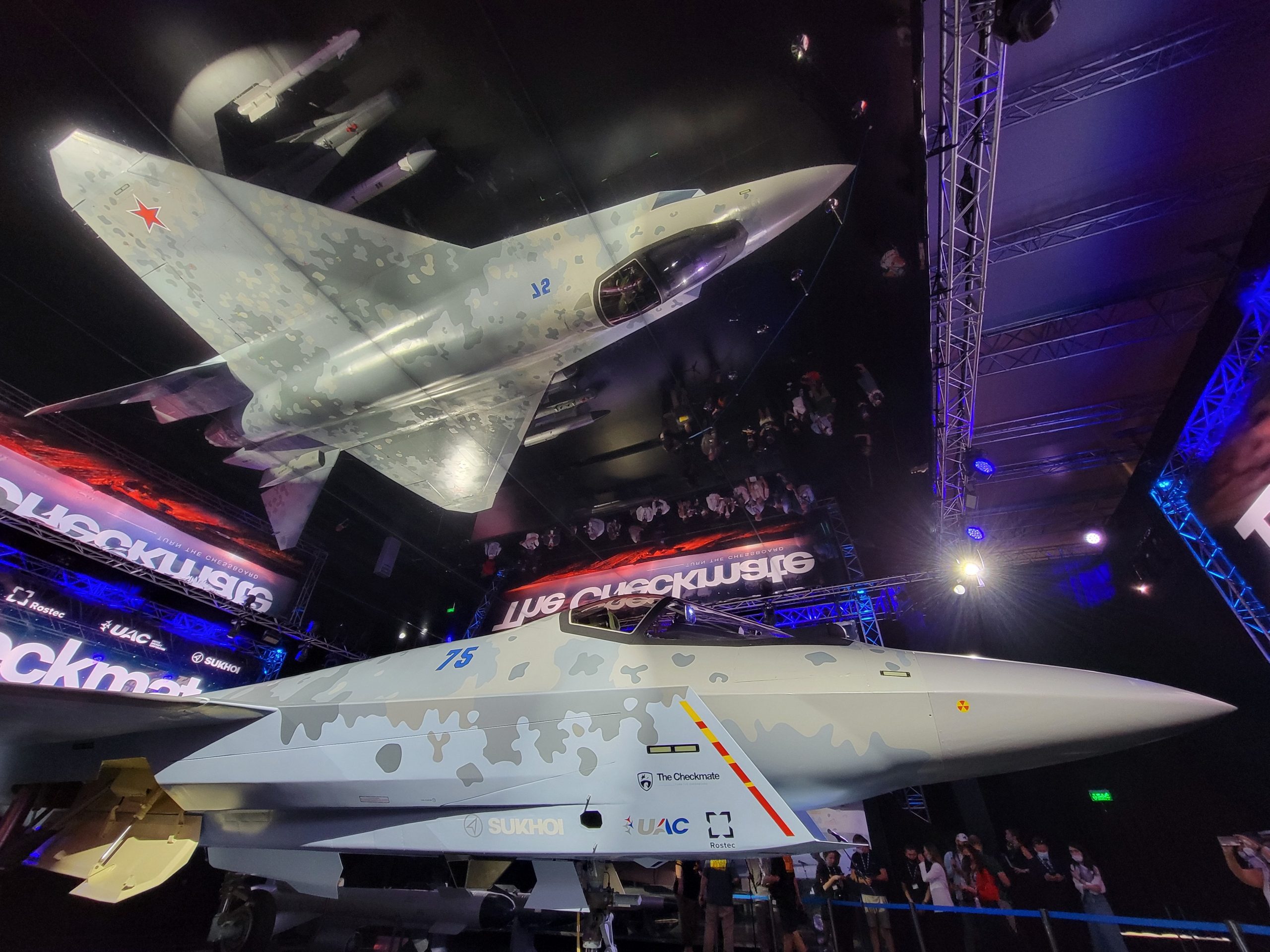 The Sukhoi Su-75 Checkmate will start flying in 2023, and will enter serial production in 2026. So, what’s the Su-75’s main claim to fame, other than its low-observable demeanor? Well, it’s going to be lghter and less expensive to produce than the Lockheed Martin F-35 Lightning II.

“The Su-75 Checkmate stealth jet fighter aircraft is outfitted with versatile armaments capable of fighting any threat, from unsheltered command posts to especially sensitive targets for a potential enemy,” according to a Rostec spokesperson, as reported by TASS Russian News Agency. “Importantly, the aircraft is capable of accomplishing any tasks outside the area of the operation of air defense weapons, thus saving the pilot’s life,” Rostec said. 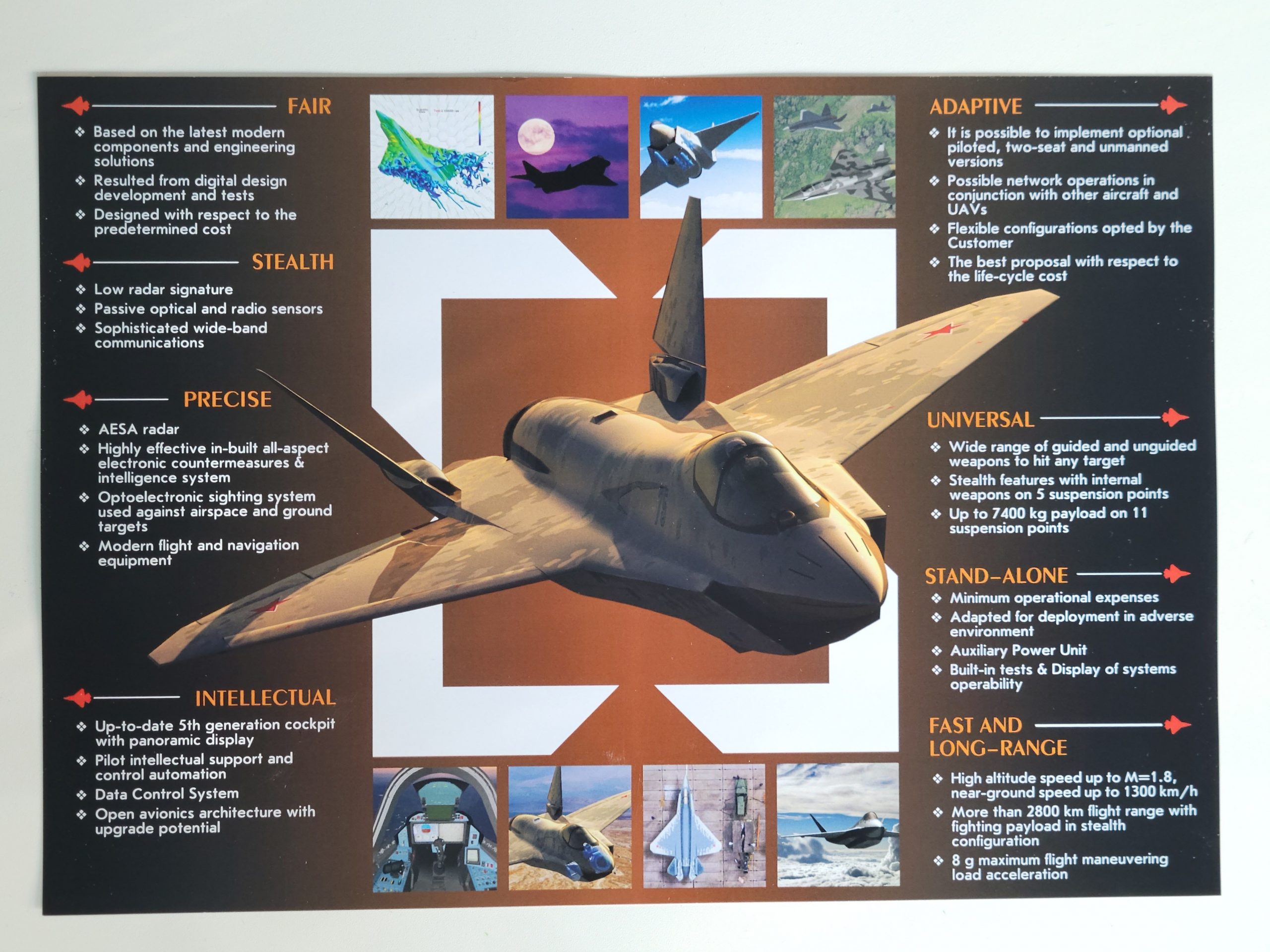 Big words, and it should perhaps be noted that the Su-75 Checkmate light tactical fighter is being developed by the United Aircraft Corporation, which is a part of Rostec, so it shold perhaps be taken with a grain of salt. The Russians are notorious for political and military posturing and exaggerating their martial capabilities.

Anyway, according to TASS, “the Checkmate fighter will be capable of flying at Mach 1.8 (1.8 times the speed of sound) and will have an operating range of 3,000 km.” And, it will of course be outfitted with internal bays to carry air-to-air and air-to-surface “armaments”, i.e. missiles and guided bombs.

Defense Review is curious to see if Checkmate lives up to the usual Russian hype. Time will tell. 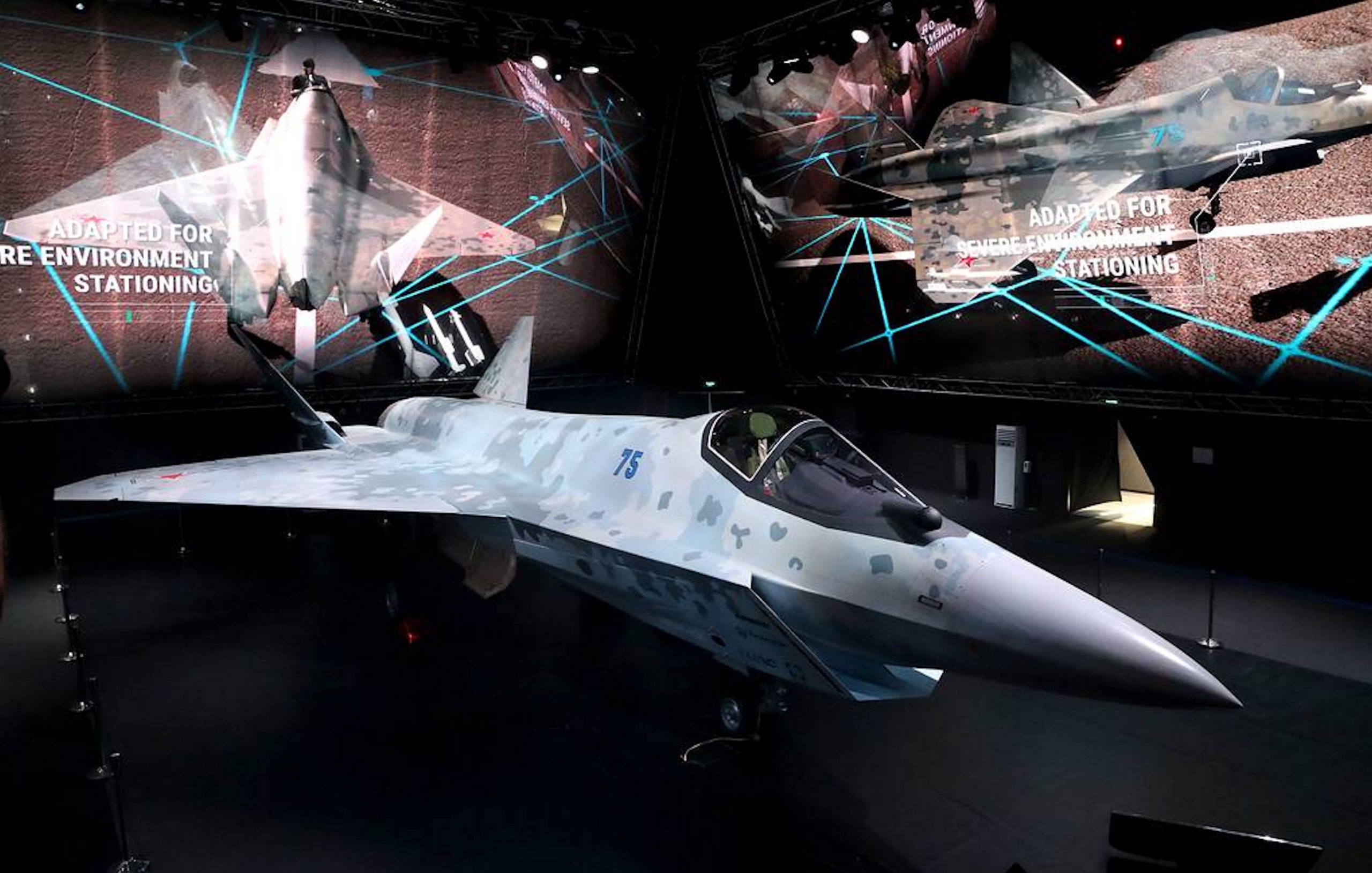 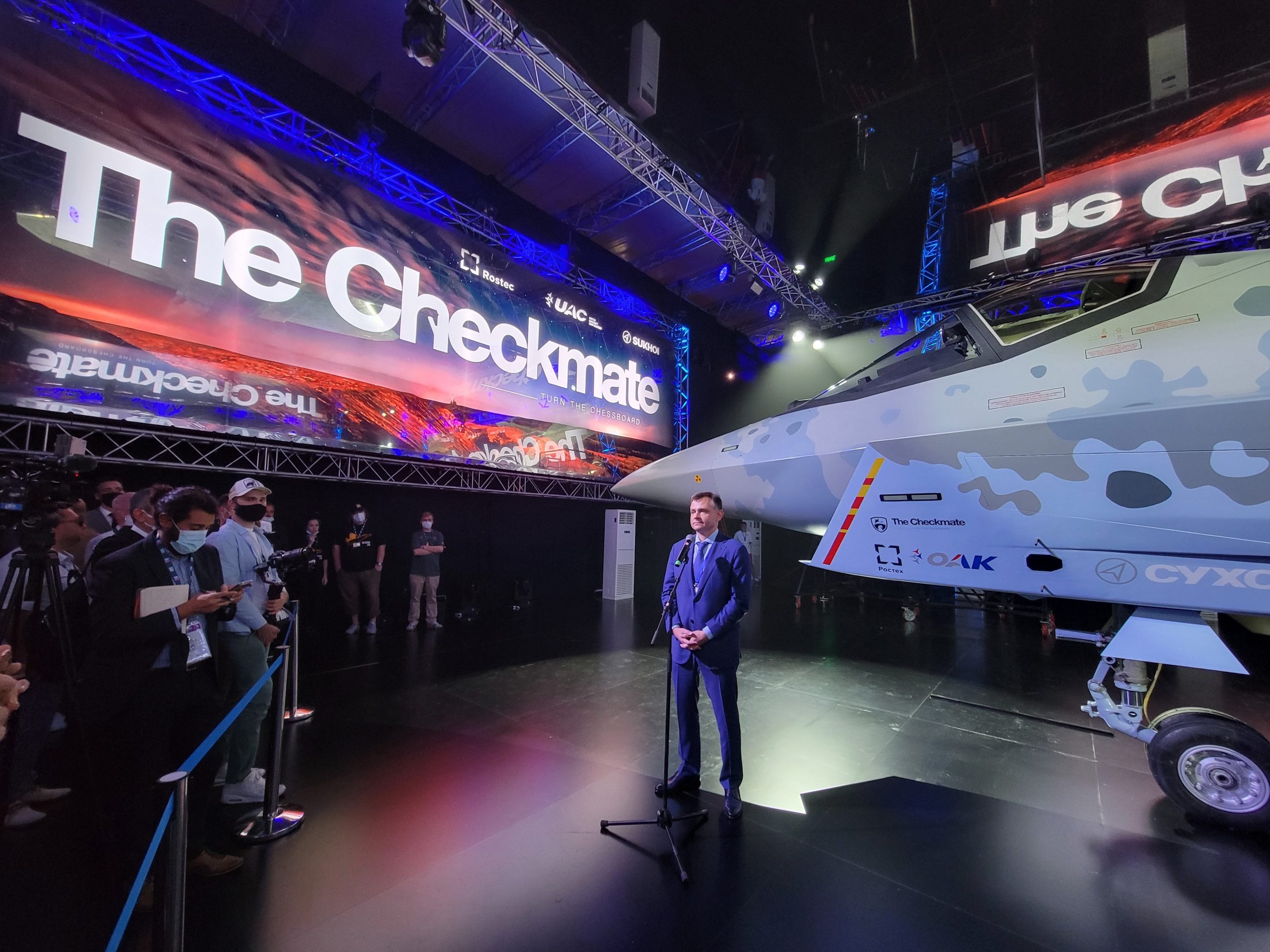 David Crane started publishing online in 2001. Since that time, governments, military organizations, Special Operators (i.e. professional trigger pullers), agencies, and civilian tactical shooters the world over have come to depend on Defense Review as the authoritative source of news and information on "the latest and greatest" in the field of military defense and tactical technology and hardware, including tactical firearms, ammunition, equipment, gear, and training.
Previous CMMG Banshee 300 MK4 ‘FourSix’ Tactical AR-15-Type Pistol/SBR (Short Barreled Rifle): 40+1 Rounds of 4.6x30mm Firepower and Fun!
Next Russian 3M22 Zircon (also spelled Tsirkon) 6670-MPH Scramjet Hypersonic Glide Vehicle/Missile Goes into Mass Production: Can the US Defend Against It?