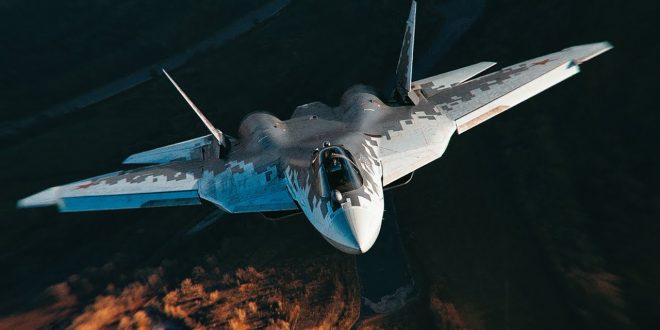 Photo(s) Credit: The Russians, and The Aviationist 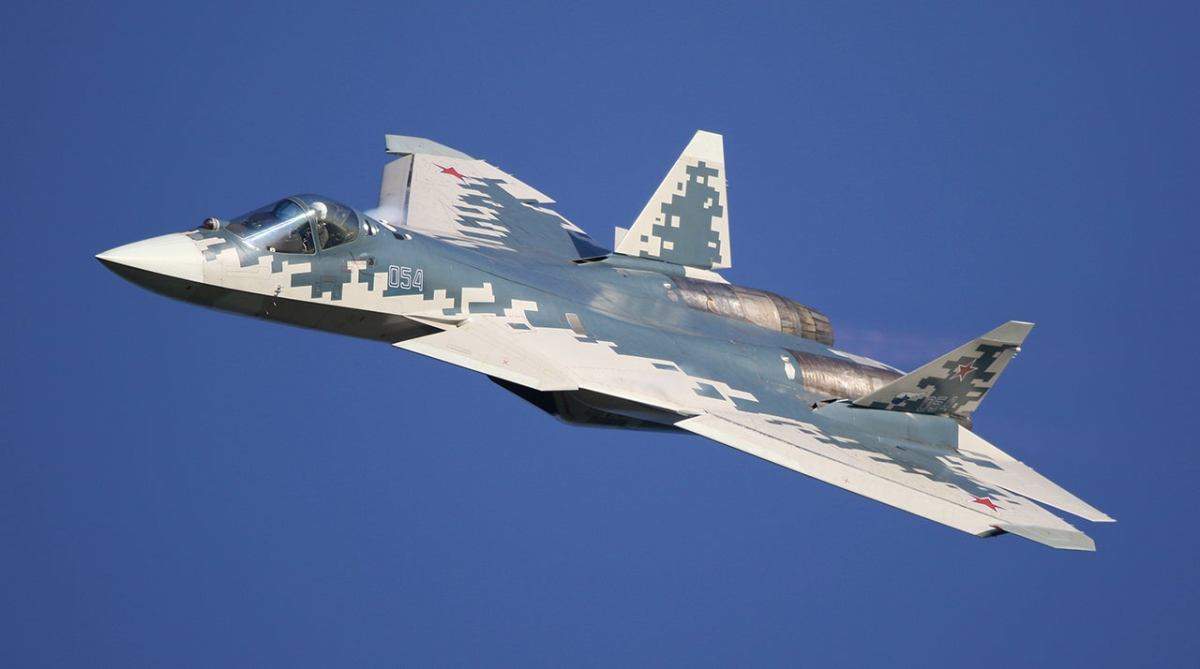 Six days ago, RT posted an interesting video (see first/top embedded video below) on the Sukhoi Su-57 Felon “Raptorsky” 5th-generation low-observable/stealth air-superiority/multi-role fighter jet aircraft going into serial production, so DefenseReview (DR) thought it would be nice to end 2020 discussing this amazing-looking aircraft. DR’s been following the Su-57’s progress since 2010, when we first published information on it. Of course back then, it was still known as the PAK FA T-50.

Anyway, the RT video’s interesting for two reasons. First, it’s info and action-packed. And, second, it’s narrated by a rather enthusiastic redhead glamour puss named Yulia Shapovalova (quite a name…and yep, she’s Russian) who may be under the impression she’s a back-up dancer in a hip-hop video. We’re frankly not sure. We’ve never seen that kind of a presentation style for a military defense product before. But, hey, it’s (the tail end of) 2020, so why not. It hasn’t exactly been a banner year. So, why not have a little fun? 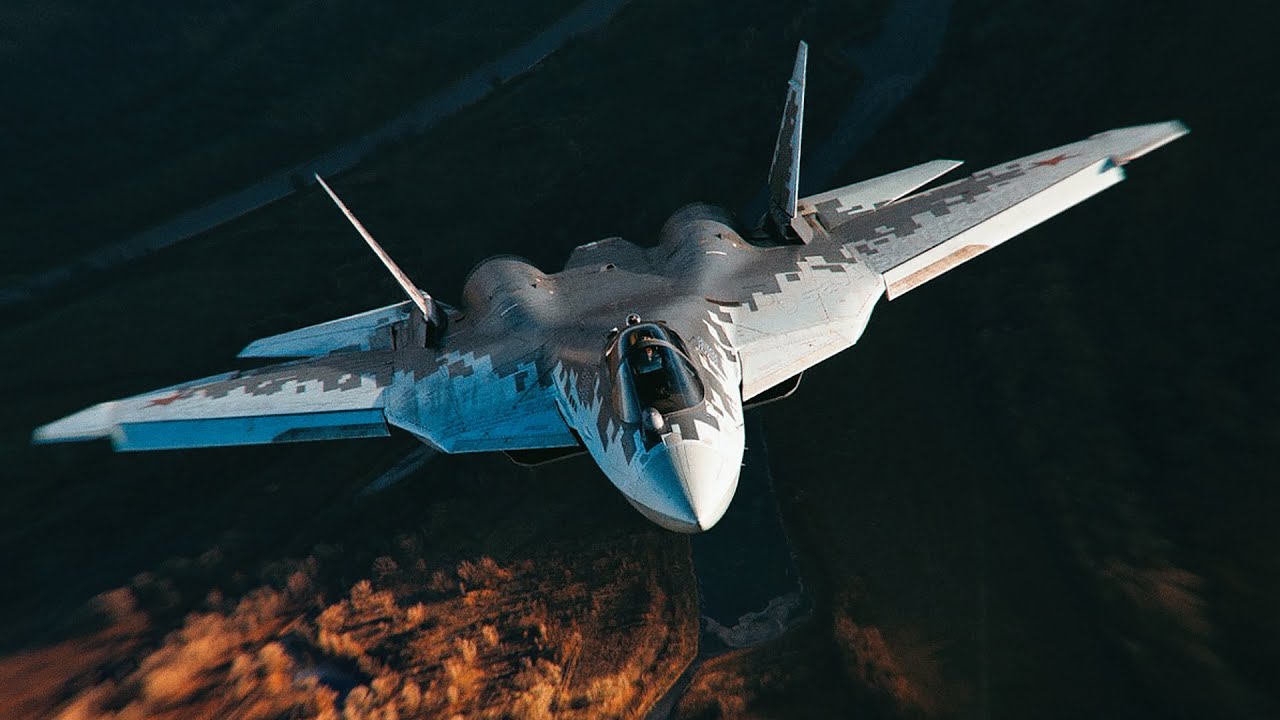 And the Felon does look like fun. Visually, aesthetically, it’s pretty fantastic. It essentially looks like what it is, a mix between a Lockheed Martin F-22 Raptor and a Sukhoi Su-37 Flanker/Terminator. The Su-57 may not be quite as organically stealthy as the Raptor (we’re not sure, yet) due to the Felon’s rounded, omni-rotational “3D” thrust vectoring nozzles, but it can most likely out-fly it. The flight dynamics and capabilities of Sukhoi fighter aircraft are generally amazing, so the Su-57’s super-maneuverability isn’t exactly a shocker. What IS shocking is its extremely short take-off and landing capability (considering its relatively large size and 78,300-lb take-off weight), combat/weapons load (22,000 lbs), and ability to “constantly generate oxygen” for the pilot. It can super-cruise at supersonic speeds without afterburner, and has a reported top speed of 1,600 mph, and 65,000-ft flight ceiling.

Oh, and get this, the Su-57 will incorporate an AI “co-pilot”, which we assume means an AI RIO (Radar Intercept Officer). 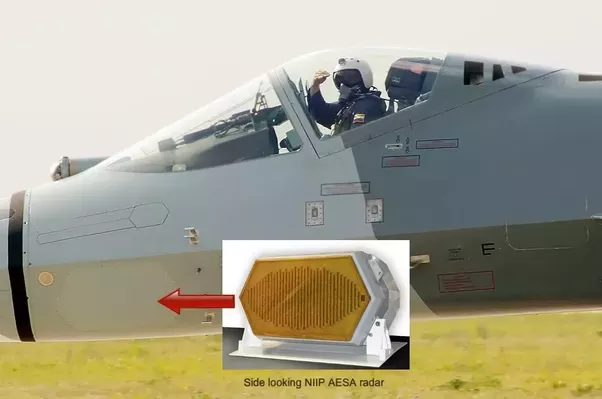 The Su-57 can detect targets 200 miles out, and can track up to 30 enemy targets at a time, thanks to its targeting software and N036 Byelka (Squirrel) AESA (Active Electronically Scanned Array) primary radar sensor in the nose, as well as its cheek-mounted, side-facing AESA radar sensors, the latter of which is one more thing the F-22 Raptor apparently still lacks. This set-up allows the Su-57 to enter an enemy fighter radar’s “doppler notch”, effectively “beaming” the enemy fighter and disrupting its radar targeting solution, and drastically reducing its missiles’ “probability of kill”. The Su-57 also reportedly has L-band radar arrays that are blended inside its large maneuvering leading-edge root extensions for target identification and discrimination. According to The Drive, the Su-57 “also has another X-band radar array in its ‘stinger’ tail for enhanced situational awareness, and possibly for future targeting with extremely agile ‘lock-on after launch’ missiles as well.” Speaking of the leading-edge root extensions, the aircraft features leading–edge vortex controllers (LEVCONs) to control vortices. 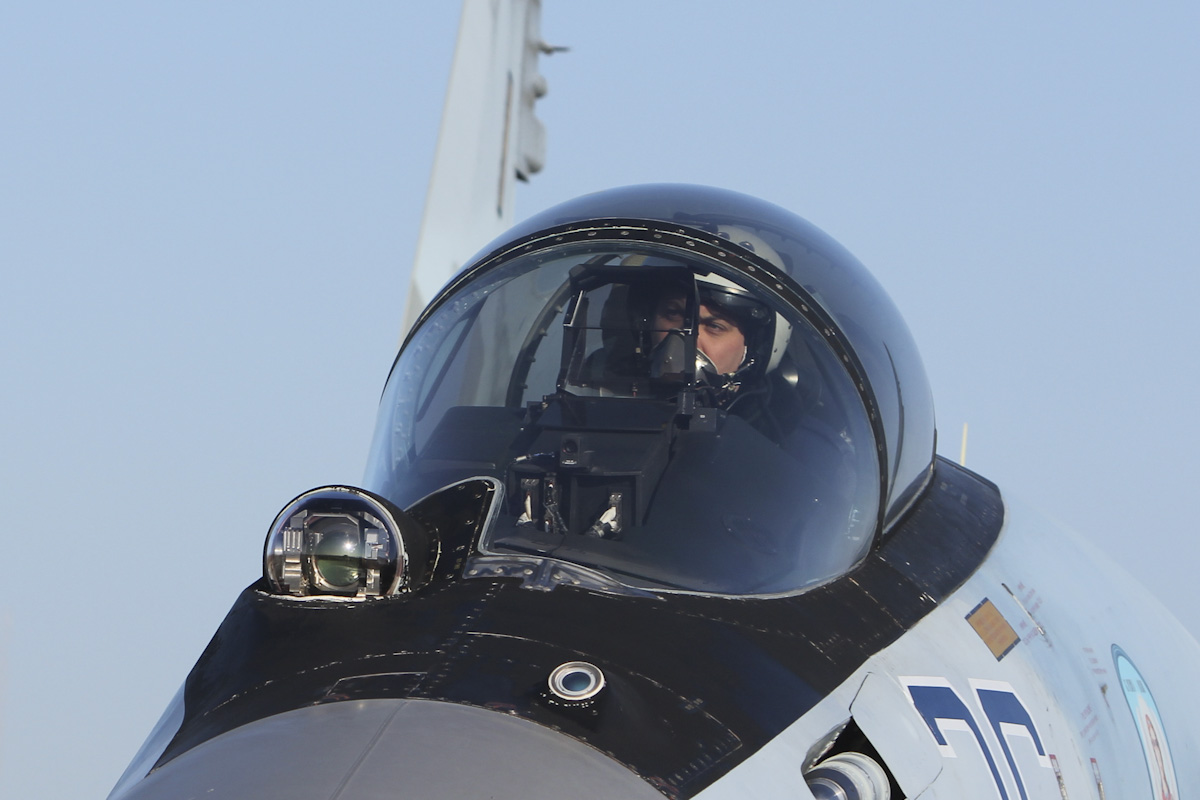 The Su-57 obviously also employs a highly-advanced 101KS “Atoll” IRST (Infrared Search and Track) sensor in the same position seen on all Russian fighter aircraft, on the nose, near the windscreen. While this IRST module is non-optimal for low-observability/stealth, it’s really good for passively detecting and stealthily engaging enemy targets in electromagnetic silence, i.e., without emitting any radio waves–and this can be done while beaming the enemy aircraft.

The Su-57’s anti-radar-coated BVR (Beyond Visual Range) missiles, stored in internal weapons/missile bays have TWICE the range of the previous generation missiles. The Russians are currently testing hypersonic missiles for the Su-57, which will be air-to-air combat game-changers, assuming they actually work. There are two sets of bays, including reported triangular, canoe-like clamshell bays under the wing roots for short-range air-to-air missiles. But air-to-air combat is only part o the Su-57’s purview. It’s also designed for ground attack missions, and will be equipped according, i.e., with guided bombs and air-to-ground hypersonic missiles.

To defend itself against the enemy’s missiles, the Su-57 can employ its DICS (Directional Infrared Countermeasures System). This consists of modulated laser beams fired from turrets to blind the enemy missile’s seeker. This is all part of the aircraft’s N101KS electro-optical suite. 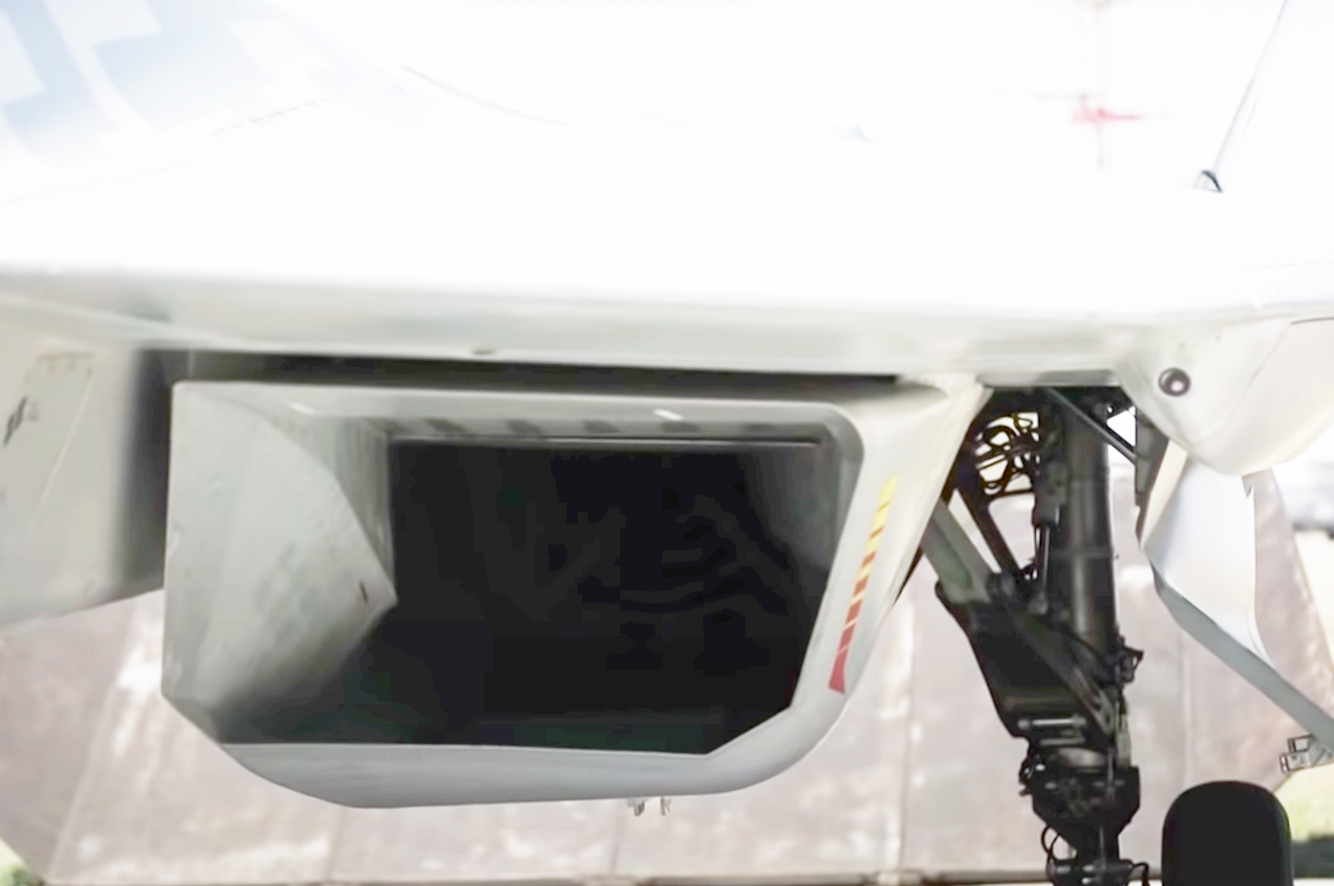 Interestingly, Russian TV Channel One apparently let the proverbial cat out of the bag recently on one of the Su-57’s stealth features, radar blockers located inside the aircraft’s air intakes (see second/middle embedded video below). Pretty slick. Editor’s Note: The Aviationist recently published a nice piece on it.

The (Su-57) Felon sports a nice grey digital combat camo (camouflage) scheme that will make the aircraft difficult to visually identify in the air. DR wonders how well the Su-57’s camo scheme stacks up against Heater camouflage. Regardless, it’ll probably work pretty well.

Just like most if not all Russian fighter aircraft, the Su-57 can take-off from and land on sketchy runways that haven’t been fully swept of small debris, due to doors that can close off the air intakes below the wings, its rugged landing gear, and its large tires with mudguards over the nose wheels.

So, can it kill a (F-22) Raptor in a one-on-one scenario? Hopefully, we won’t have to find out…but we wouldn’t want to test it. The Felon looks pretty badass, at least on paper (and video),and the Russians of course claim it can out-fly and out-fight the Raptor AND the lockheed Martin F-35 Lightning II series aircraft, including of course the F-35B Lightning II STOVL (Short Take-Off and Vertical Landing) fighter aircraft.

David Crane started publishing online in 2001. Since that time, governments, military organizations, Special Operators (i.e. professional trigger pullers), agencies, and civilian tactical shooters the world over have come to depend on Defense Review as the authoritative source of news and information on "the latest and greatest" in the field of military defense and tactical technology and hardware, including tactical firearms, ammunition, equipment, gear, and training.
Previous Future Long Range Assault Aircraft (FLRAA): Will it be a Compound Helicopter, or a Tiltrotor Aircraft…and What’s Taking So LONG?
Next 5.11 Tactical Tropi-Camo Short Sleeve Shirt with Vent-Tac™ Micro-Perforated, Moisture-Wicking Polyester Fabric: Cool, Casual and Comfortable for Concealed Carry (CCW)! (Video!)