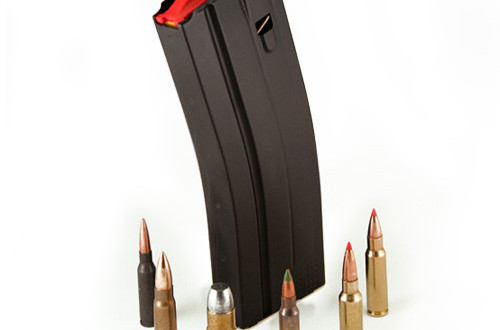 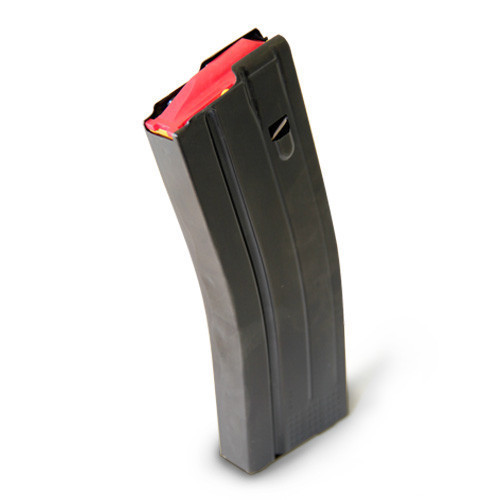 DefenseReview (DR) publishes A LOT of information on tactical AR (AR-15) rifle magazines (see “Related Articles” section below this article) , since we’re big tactical AR carbine/SBR (Short Barreled Rifle) fans, and the mag is so crucial to overall weapon reliability. A reliable mag is obviously incredibly important to one’s survival in a gunfight or a match. So, when DR came across a link to AmmoLand’s piece on the UNIMAG multi-caliber/universal AR mag by Ross & Zheng Engineering (RZE) on Google News, we were immediately intrigued…that is until we actually clicked on it and got this “Error 404” page. That didn’t exactly instill us with confidence.

So, we searched Google a little bit more and found the Ross & Zheng Engineering/UNIMAG website featuring their YouTube video (see first/top video below), and then we found a couple more videos by outside groups, to our relief (hey, we’re always cautiously optimistic about interesting new tactical firearms/shooting products over here, even though we’re also always a bit skeptical). The first was “Steel Shooter’s” T&E video on it (again, on YouTube) dated April 12, 2015, which featured them running some steel-cased 5.56mm NATO (5.56x45mm NATO)/.223 Rem. and 7.62x39mm Russian ammo (also steel-cased) at low round count through the mag. The “Steel Shooter” shooter first ran 25 rounds of 7.62x39mm ammo through the gun without a hitch, except the BCG (Bolt Carrier Group) failed to lock back after the last round. The shooter then either swapped uppers or complete guns, and shot 30 rounds of 5.56mm ammo through the UNIMAG, experiencing two malfunctions (one failure to feed on the first manually-loaded round using the charging handle, and one more failure to feed during firing), but the UNIMAG did seat on a closed bolt when loaded to 30 rounds, and the BCG locked back after the last round. For some reason, “Steel Shooter” doesn’t want to let anyone embed their video, so you’ll have to click on the link above to see it. 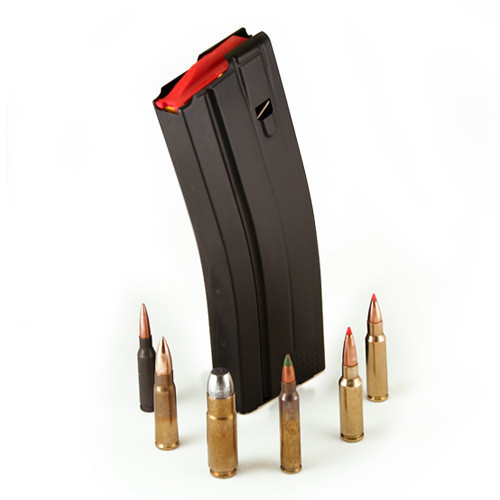 The second video was done by “Latitude 44 Design” and dated April 24, 2015 (see second/bottom video below). They ran 5.45x39mm Russian and 5.56mm/.223 Rem. ammo through UNIMAG-outfitted AR’s (or uppers), and there were no visible malfunctions shown in the low-round-count video test, although DR didn’t see them change calibers/guns/uppers after shooting the 5.45x39mm ammo, so as far as we can tell, they only shot 5.45mm ammo in the video, itself. At the end of the video, the shooter stated that he ran about 480 rounds of 5.45mm ammo and about half that amount in 5.56mm. He also stated he planned to run some 7.62x39mm ammo through a UNIMAG-outfitted AR, but that wasn’t shown.

The reason the RZE UNIMAG is so intriguing is because it’s designed to feed ALL of the following calibers: 5.56mm NATO/.223 Rem., 300 Blackout (300BLK), 5.45x39mm Russian, 7.62x39mm Russian, 6.8 SPC (6.8x43mm SPC), 6.5 Grendel, .458 SOCOM and (we think) .50 Beowulf (unconfirmed/unverified on that last one). That’s a lot of different calibers, so it will be interested to see if they can really get the UNIMAG squared away for all of them, including for select-fire/full-auto weapons, where things can get really tricky. The UNIMAG is only available for pre-order on the RZE website for $49.99 USD, so they may still be developing and testing prototypes over there, and not quite into the manufacturing/production stage. $49.99 isn’t exactly inexpensive for an AR rifle mag, but it’s a universal mag, a brand new product, and it’s going to be made in (presumably) small-batch production runs at first–and it’s still in the pre-order stage. So, the price may come down a bit at some point (unconfirmed/unverified).

If RZE can make the UNIMAG reliable in all calibers AND durable, it may sell well. Time will tell. We certainly wish them well, since designing a new rifle mag can be hell. Everything’s gotta’ gel.

So, until the UNIMAG is proven through military-grade testing at high round count under adverse conditions for all calibers, Defense Review will have to stay skeptical. After all, with guns (and mags), your life is on the line, and plain-old 5.56mm AR mags are difficult enough to design and manufacture correctly, so as to be combat-reliable. So, while optimism is generally a good thing, one must remain cautious in one’s optimism, in this particular case. 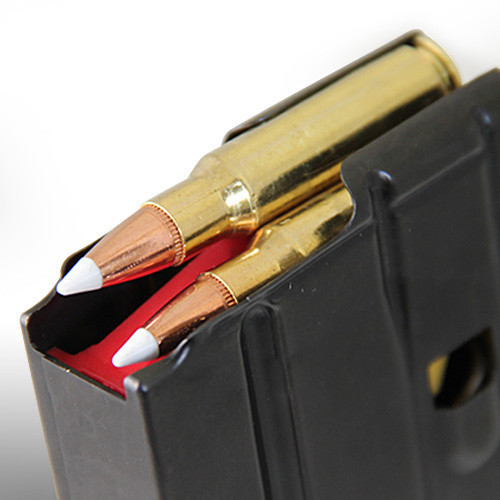 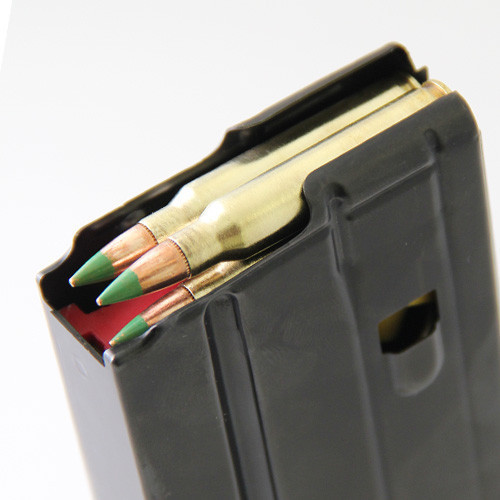 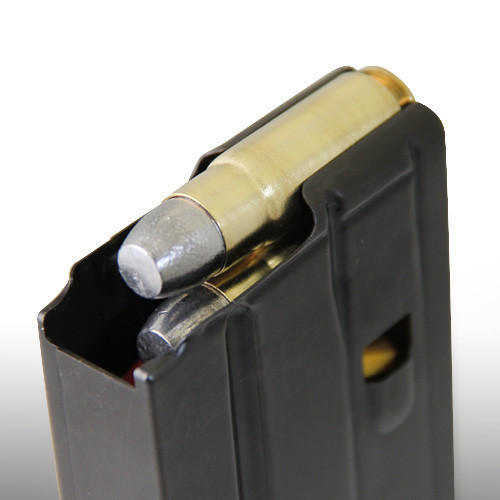