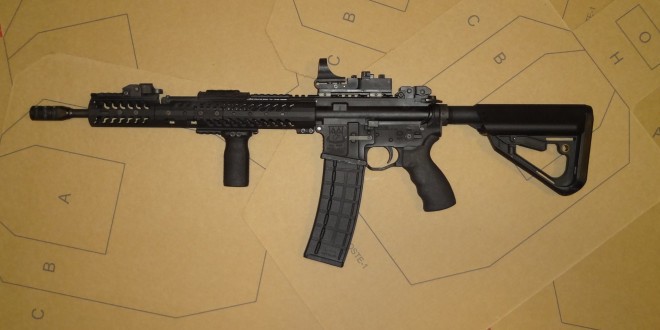 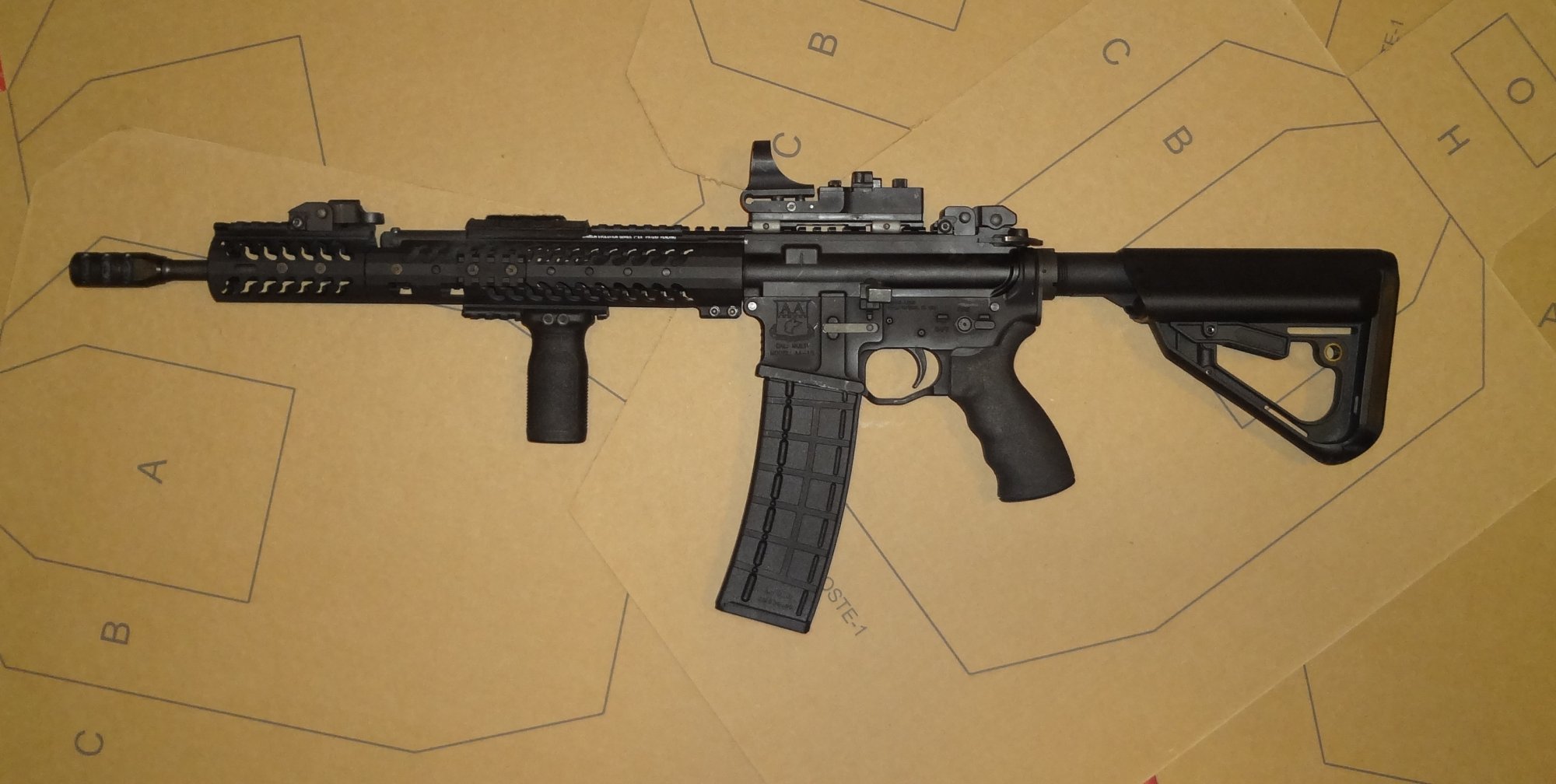 DefenseReview (DR) contributor Jeff Gurwitch has been running the Bulgarian-made MWG IK-520 40-Round Steel Reinforced Polymer AR-15 Magazine (5.56mmx45mm NATO) at the range for a few days on both semi-auto and full auto, and is really impressed with it, so far. "I was doing 40-round mag dumps on full-auto and couldn't make it jam," Gurwitch said. Gurwitch told DR that he has approximately 500-700 rounds through 3 mags (approx. 300-400 rounds the first day, and 200-300 rounds the second day).

Not only was Gurwitch doing full-auto mag dumps with the MWG IK-520 40-Round Mag, he was doing it with a VERY fast running SureFire-suppressed MK-18 MOD 1/CQBR 10.3"-barreled direct-gas-impingement (DGI) tactical AR SBR (Short Barreled Rifle)/sub-carbine WITHOUT his Ferfrans Specialties DSAS/RRS BCG (Delayed Sear Activation System/Rate Reduction System Bolt Carrier Group) installed in it. In other words, that MWG 40-round mag had to keep up with an extremely fast bolt carrier. He says about 30% of his shooting was full-auto with the MK-18.

The other 70% of shooting was conducted with two piston AR's, specifically with two semi-auto-only Adams Arms short-stroke gas piston/op-rod guns with 14.5" and 16" barrels, respectively.

And, the kicker is that you can load the MWG 40-rounder with (MILSPEC) military stripper clips and a C-MAG LCMS10 Speed Loader, no problem. The MWG IK-520 is the first 40-round mag Gurwitch has been able to load this way.

Gurwitch is a competitive 3-Gun shooter, including tactical 3-Gun, so he may end up using the MWG IK-520 40-Rounder for competition.

With only 700 rounds at most through the MWG MWG IK-520 40-Round Steel-Reinforced Polymer AR-15 Magazine so far, Defense Review can't yet say it's the best 40-rounder ever, but if it keeps performing as it has, it may just be. I guess we'll see. While the magazine is looking GTG (Good To Go), DR would like to put at least a few thousand rounds through it and see some extreme temperature testing before we officially sign off on it. So, let's just say, so far, so good. It's lookin' five-by-five, and tickin' like a Timex. 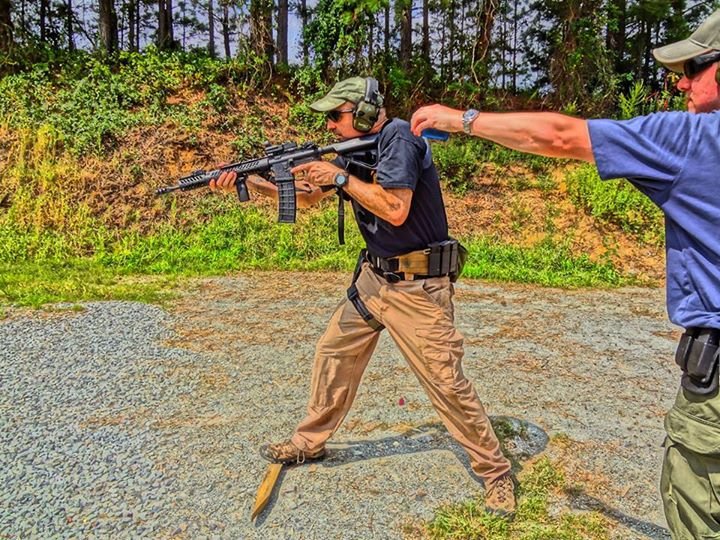