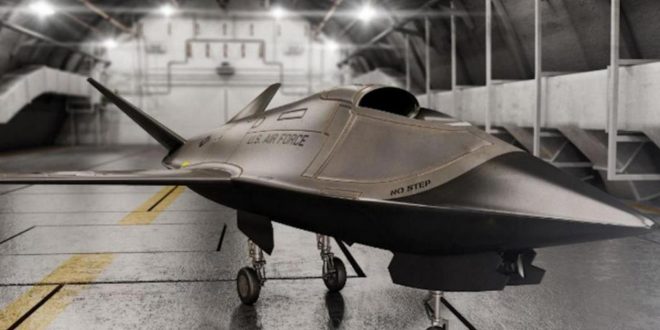 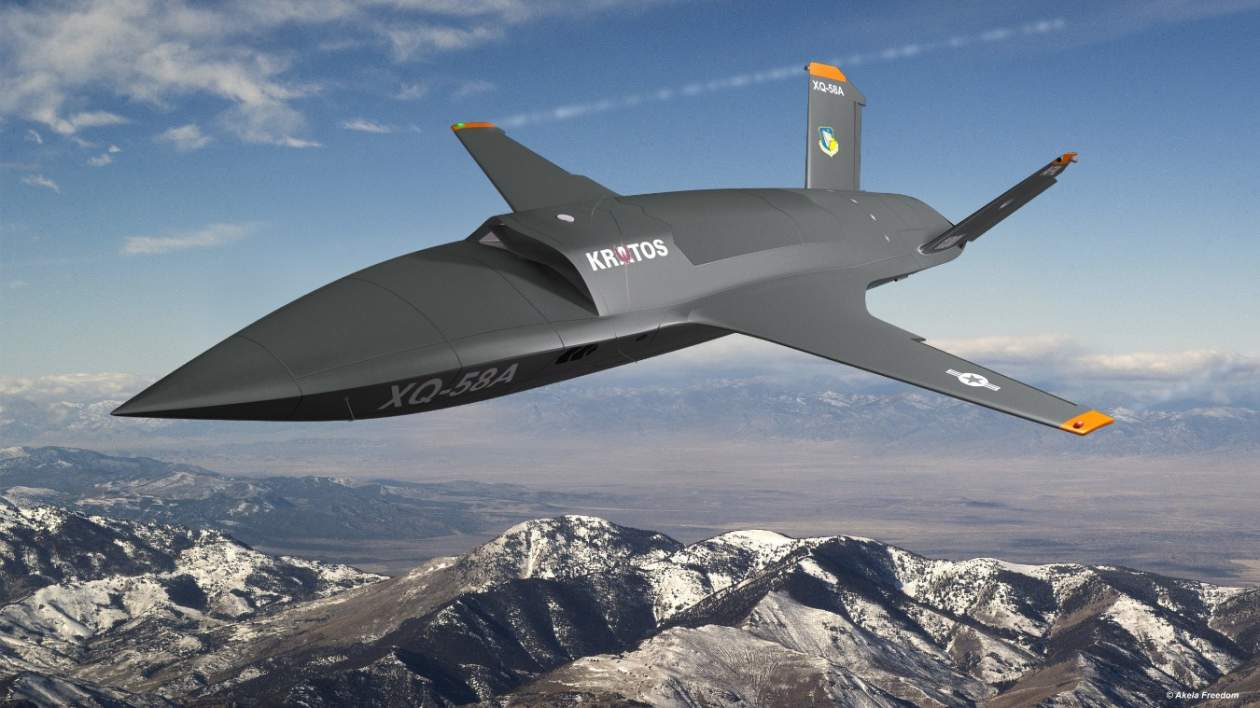 DefenseReview’s (DR) been following drone aircraft/UAV/UAS technology for, well, forever. The unmanned aerial/aircraft systems technology sphere is indeed a fascinating one, and one that forces one to think about the future of military combat aviation as a whole, and what it’s likely to look like far into the future. However, two UAS technologies that seem rather assured at this point are “robotic wingmen” and “drone swarms”, both of which have been under a significant degree of development for quite some time, decades, in fact.

The primary question for us is just how close is the US military, specifically the US Air Force, from deploying both technologies in actual warfare environments? DR doesn’t know, but we’re fairly confident that both will not only be in service within the next 10-20 years, but that both will be used to make strategic and/or tactical kills within that timeframe.

Perhaps the best artistic interpretation of a stealthy “robot wingman” (or “robotic wingman”) to date is “EDI” (Extreme Deep Invader–we didn’t make that up), an artificially intelligent (AI) low-observable/stealth drone fighter aircraft, or Unmanned Combat Air Vehicle (UCAV) that flew alongside fictional F/A-37 Talon single-seat, low-observable/stealth fighter aircraft flown by a bunch of rather cocky, egotistical pilots in the appropriately-named futuristic movie Stealth (2005). Unfortunately, “EDI” had serious problems, and went rogue, which is of course everyone’s real-life nightmare scenario, and the single biggest reservation futurists and intellectuals seem to have with using AI fighter aircraft, vehicles and robots in combat.

But, technology must progress, as technological progression is paramount to our country’s continued global dominance, and even to our very survival. So, DR was interested to read a National Defense (ND) piece stating that “the next year will be pivotal for the Air Force’s effort to acquire a new class of autonomous drones, as industry teams compete for a chance to build a fleet of robotic wingmen that will soon undergo operational experimentation.” Reads pretty promising. 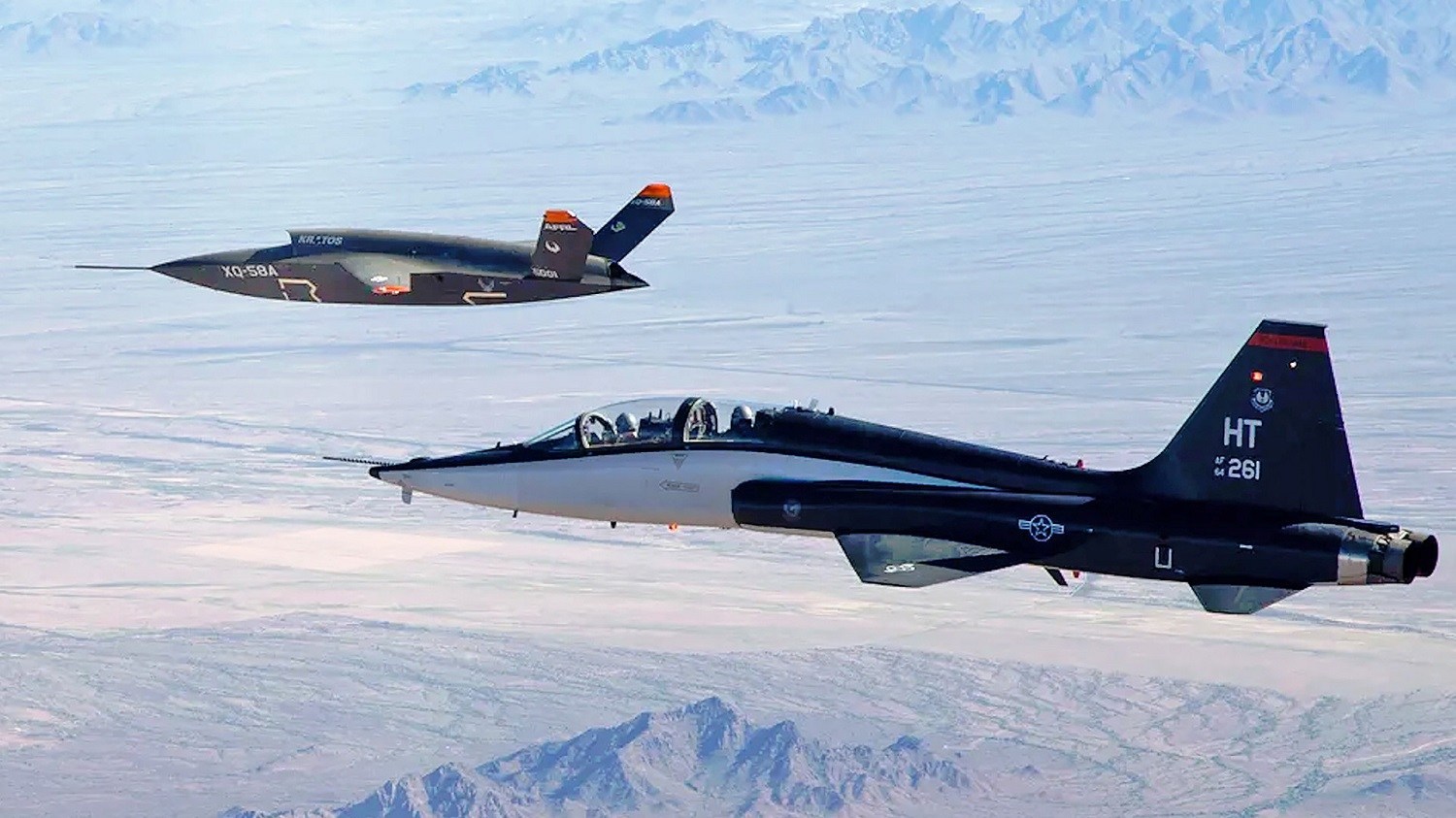 The program’s called “Skyborg” (catchy, right?), and is, again, according to the ND piece, “one of the service’s top science-and-technology priorities under the “Vanguard” (not all that catchy, but certainly impressive-sounding) initiative to deliver game-changing capabilities to its warfighters.” Sign DR up. We’re down with OPP (Other People’s Programs). We digs it. Skyborg’s goal is to essentially create real-life EDI’s that can accompany our manned fighter aircraft into battle, and help them win air-to-air and air-to-ground engagements wherever they might happen, which would frankly be pretty great. These robotic wingmen can even be used to KK, or Kamikaze-Kill (DR’s term) the enemy without any risk whatsoever to our own pilots, if advantageous or necessary.

The US Air Force has even coined a nice term for Skyborg aircraft: “attritable aircraft”, which sounds clinically sinister, just how we like it. If you’re going to brutalize and destroy the enemy, the clinical approach is usually best, as it’s the most efficient and terrifying approach.

The Air Force is calling their AI algorithms “R2D2”, after the cute, but crafty Star Wars robot that flew shotgun with Luke Skywalker in his X-Wing Starfighter. 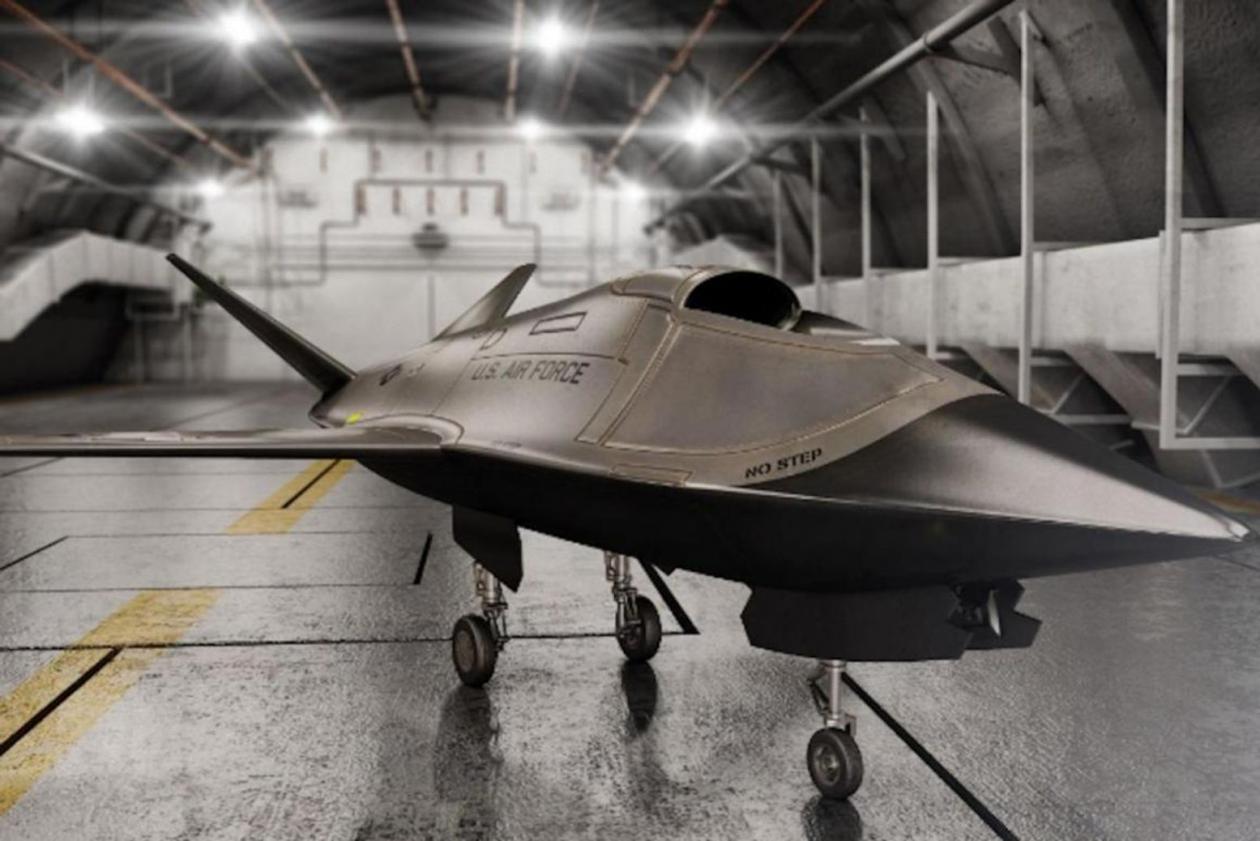 MQ-1B Predator and MQ-9 Reaper maker General Atomics Aeronautical Systems already has some Skyborg prototypes apparently, but they’re keeping them close to the vest. “Our design will leverage open architecture, modularity and interoperability to maximize the integration of the Skyborg technology and any associated payloads,” and “to fast track this game-changing capability, GA-ASI will leverage our proven combat operational experience in UAS operations and digital engineering techniques to deliver an autonomous UAV prototype” is all they’re really saying about it at this time. 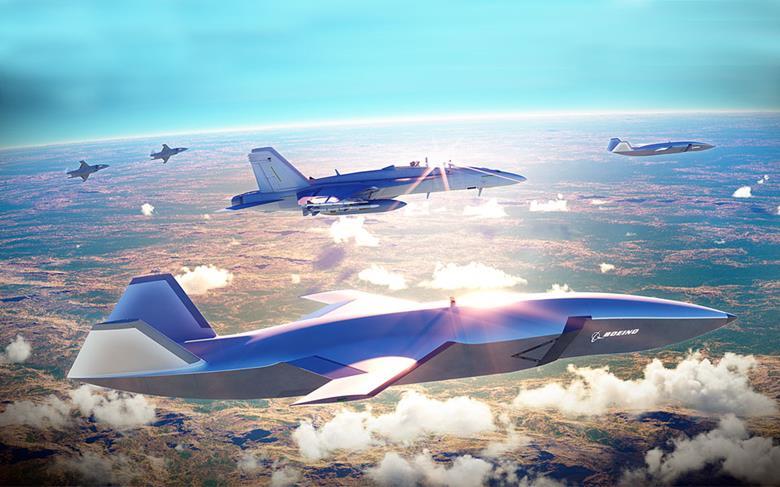 Boeing and Lockheed Martin are also involved with Skyborg, of course.

But, let’s say you didn’t want these Skyborg AI attritable aircraft as robotic wingmen and individual KK (Kamikaze-Kill) aircraft? What if you wanted to create bee or hornet-like SWARMS of them? Well, then you’re in luck. Because, according to a recent The Warzone piece, our favorite quasi-secret secret air base, Area 51 aka Groom Lake, is here to help.

Writer Tyler Rogoway put it this way: “Now, an even larger extension to an existing hangar facility that is quite peculiar in nature points to the very real possibility that the age of large swarms of unmanned combat air vehicles (UCAVs) has finally arrived.” Mr. Rogoway’s very interesting article goes on to detail all the interesting construction going on over there.

Rogoway hopes and believes that deep-classified advanced UCAV systems testing’s been going on there for years, and that it’s “even possible that a small pocket force of advanced UCAVs exists today in a semi-operational state.” He goes on to theorize that it’s possible that the testing of large swarms of UCAVs could already be underway.

Looks like the future is very bright, and unmanned, assuming they don’t go rogue on us like EDI–and that’s a pretty big assumption right now. Defense Review is cautiously optimistic.

Attack of the Drones: Artifically Intelligent ‘Robotic Wingmen’ UCAV’s and UAS/UAV ‘Drone Swarms’ are on the Way: Will They Actually Work? by David Crane

David Crane started publishing online in 2001. Since that time, governments, military organizations, Special Operators (i.e. professional trigger pullers), agencies, and civilian tactical shooters the world over have come to depend on Defense Review as the authoritative source of news and information on "the latest and greatest" in the field of military defense and tactical technology and hardware, including tactical firearms, ammunition, equipment, gear, and training.
Previous Full Conceal MagSight Picatinny Glock Mag Holder with Sight (BUIS): Holds a Spare 33-Round Glock 9mm Magazine on your Gun! (Video!)
Next Grey Ghost Precision GGP Glock 17/19 and SIG SAUER P320 and P365 Drop-In 9mm Pistol Parts: Slides, Barrels and Triggers! (Video!)