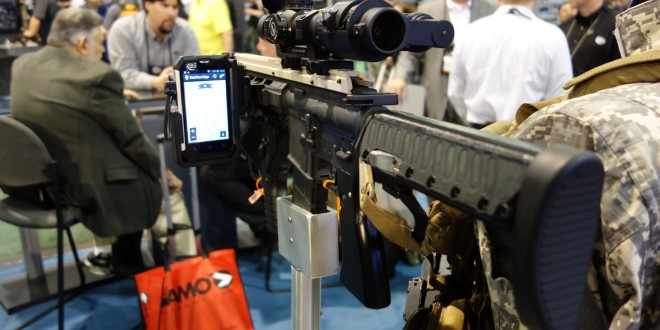 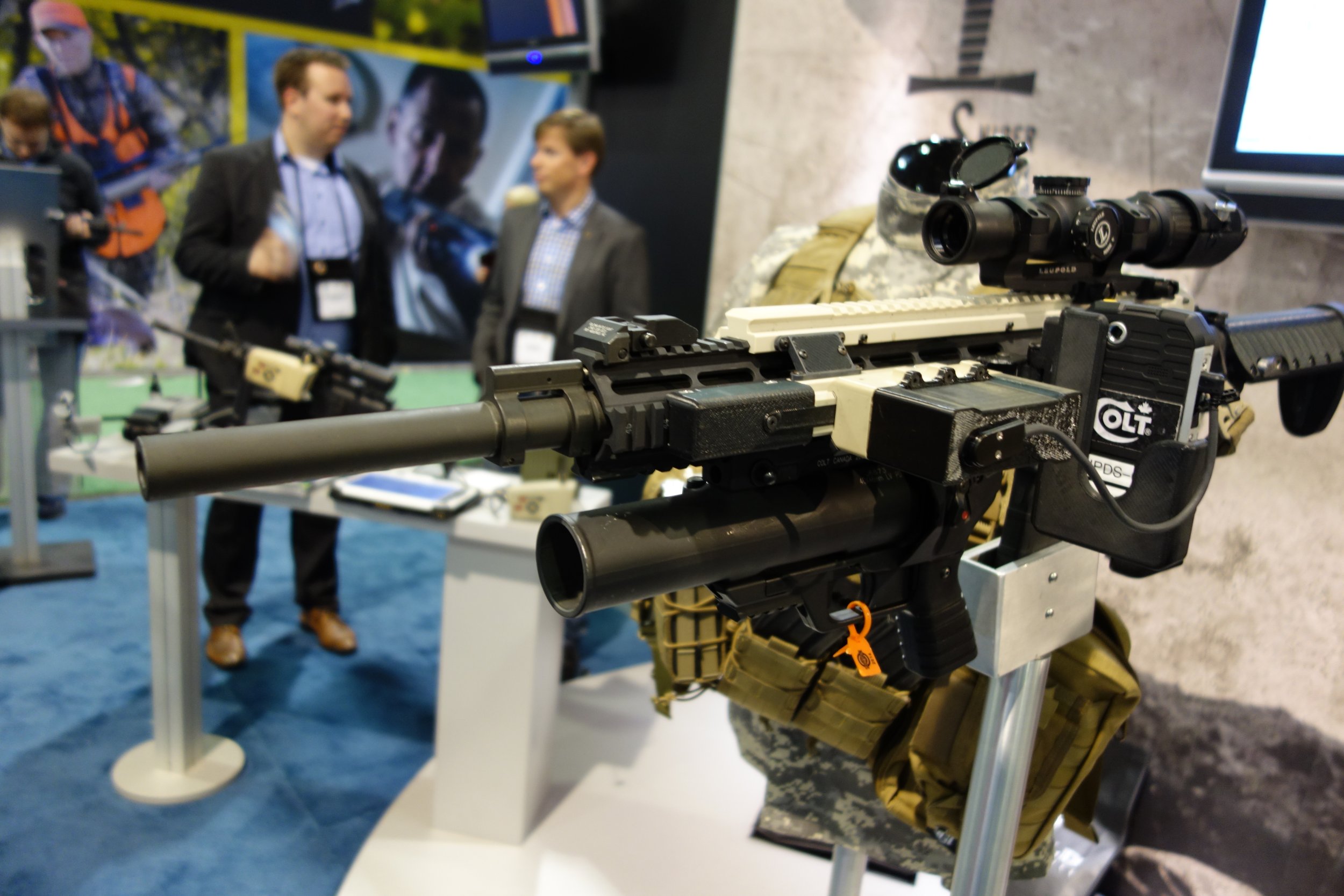 The eggheads at Colt Canada have developed a networked weapons targeting system for infantry soldiers called SWORD (Sniper Weapon & Observer Reconnaissance Devices) that may represent a key aspect of the future of infantry warfare, whether or not the system itself gets adopted and utilized, provided of course it's implemented correctly and doesn't put too much additional workload on designated marksman and sniper teams (sniper and spotter). Regardless, sooner or later, it (SWORD) or something like it may just become an integral part of U.S. military infantry warfare strategy and tactics, and significantly aid us in our warfighting efforts around the world.

DefenseReview (DR) fortunate to get a lengthy demonstration of SWORD at the Colt Defense (U.S.) booth at SHOT Show 2014. The demo really impressed us. Basically, SWORD, based on Colt Canada’s Small Arms Network Power Data System, utilizes networked rifle/carbines that integrate a sniper scope with camera, a Droid-type smartphone, a laser designator/range finder, and a handy targeting app/software that's all powered by a powered rail system, which is Colt's version of the Small Arms Rail System (SARS). Data, including realtime still images and video from camera is transferred to various wireless nodes via a secure IP wireless network, allowing multiple shooters and weapons platforms to communicate, see what each other are seeing and engage the designated and GPS-located targets with whatever weapons are necessary to neutralize them: bullets, grenades, mortors, missiles, bombs, you name it. Commanders can also see what the shooters are seeing in real time, and everyone's got access to the marked/targetted terrain grid/map and all relevant data. It's DR's understanding that the shooter/sniper can accomplish this quickly and easily via a button on the pistol grip we were shown. SWORD of course takes the rifle/carbine's directional orientation into account, and makes necessary targeting adjustments as the rifle moves. 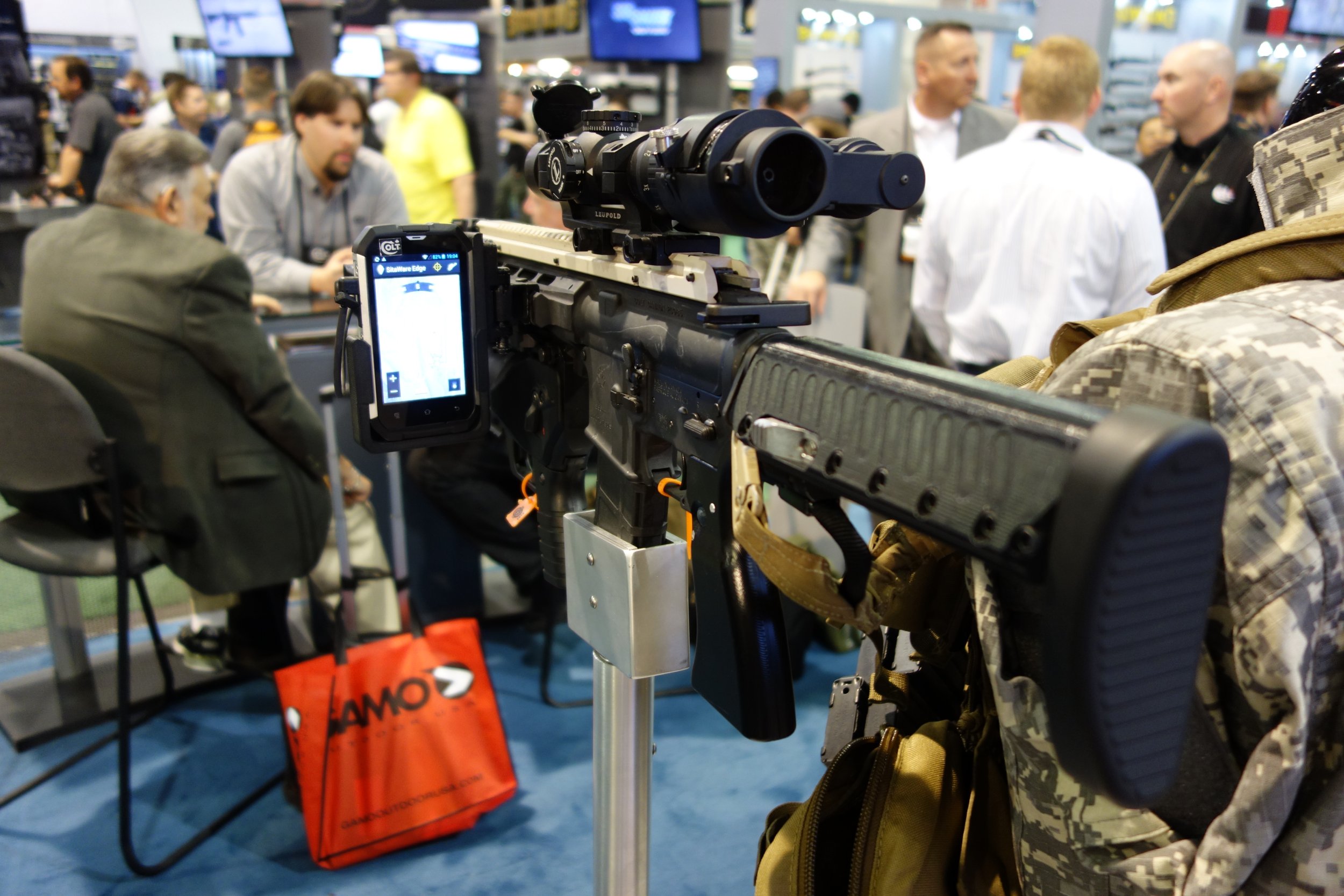 The powered rail system's battery/power supply is located in the buttstock, but SWORD is also data and power-tethered to a backup power supply on the soldier himself, specfically his tactical armor plate carrier (or "load carriage vest) via a single-point sling. The vest carries a secure tactical radio and Panacis Energy SharePack or equivalent manpackable battery/power supply.

Obviously, SWORD can be integrated with and data-linked to UAS/UAV/drone aircraft platforms, including the Sky-Watch/Huginn X1 quad-rotor SUAS/SUAV, which Colt displayed at the booth. Defense Review has no data on exactly how good the X1 SUAS actually is, but Colt Canada must have chosen it for a reason.

Anyway, here's the video demo we shot at SHOT: 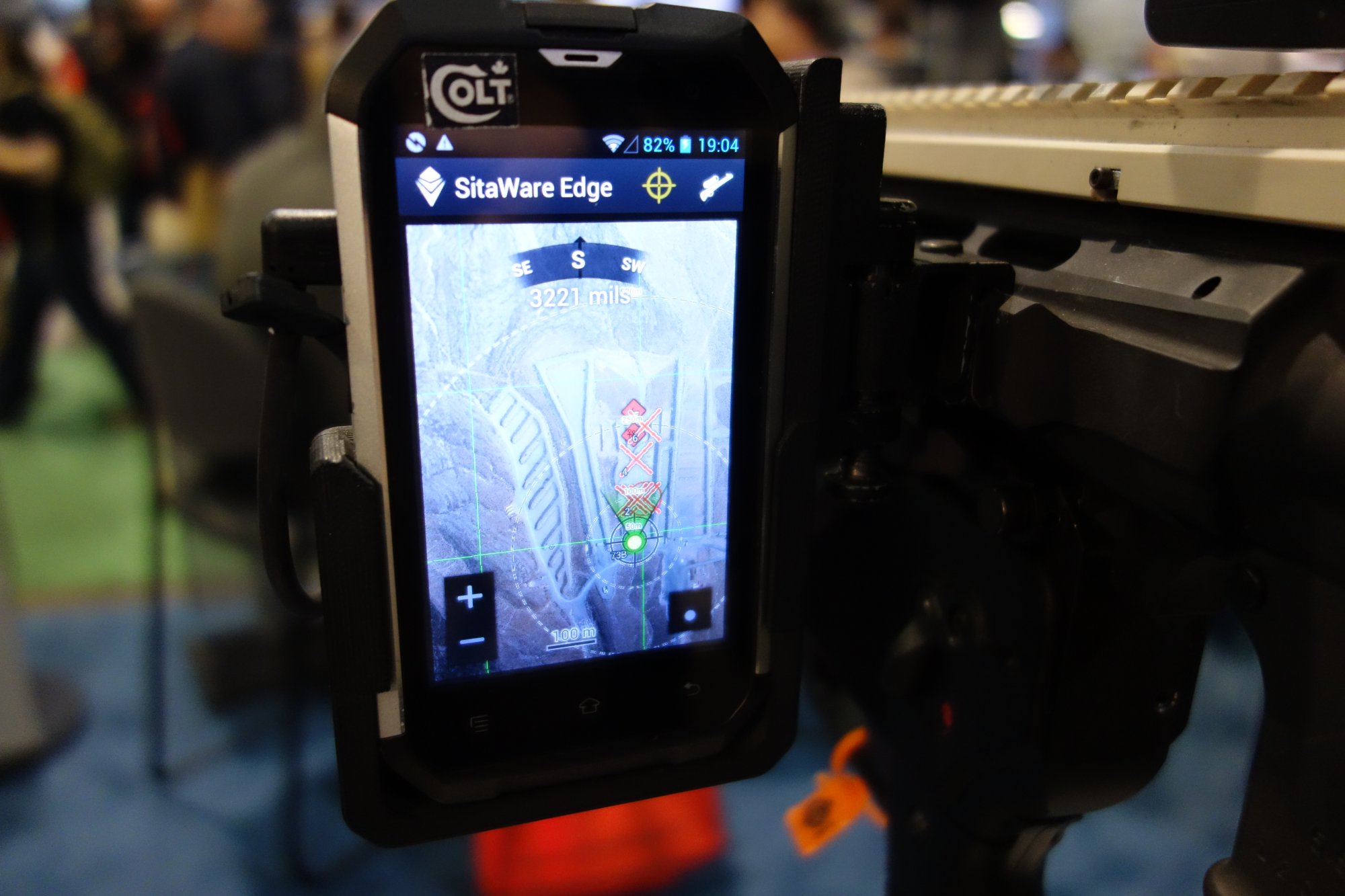 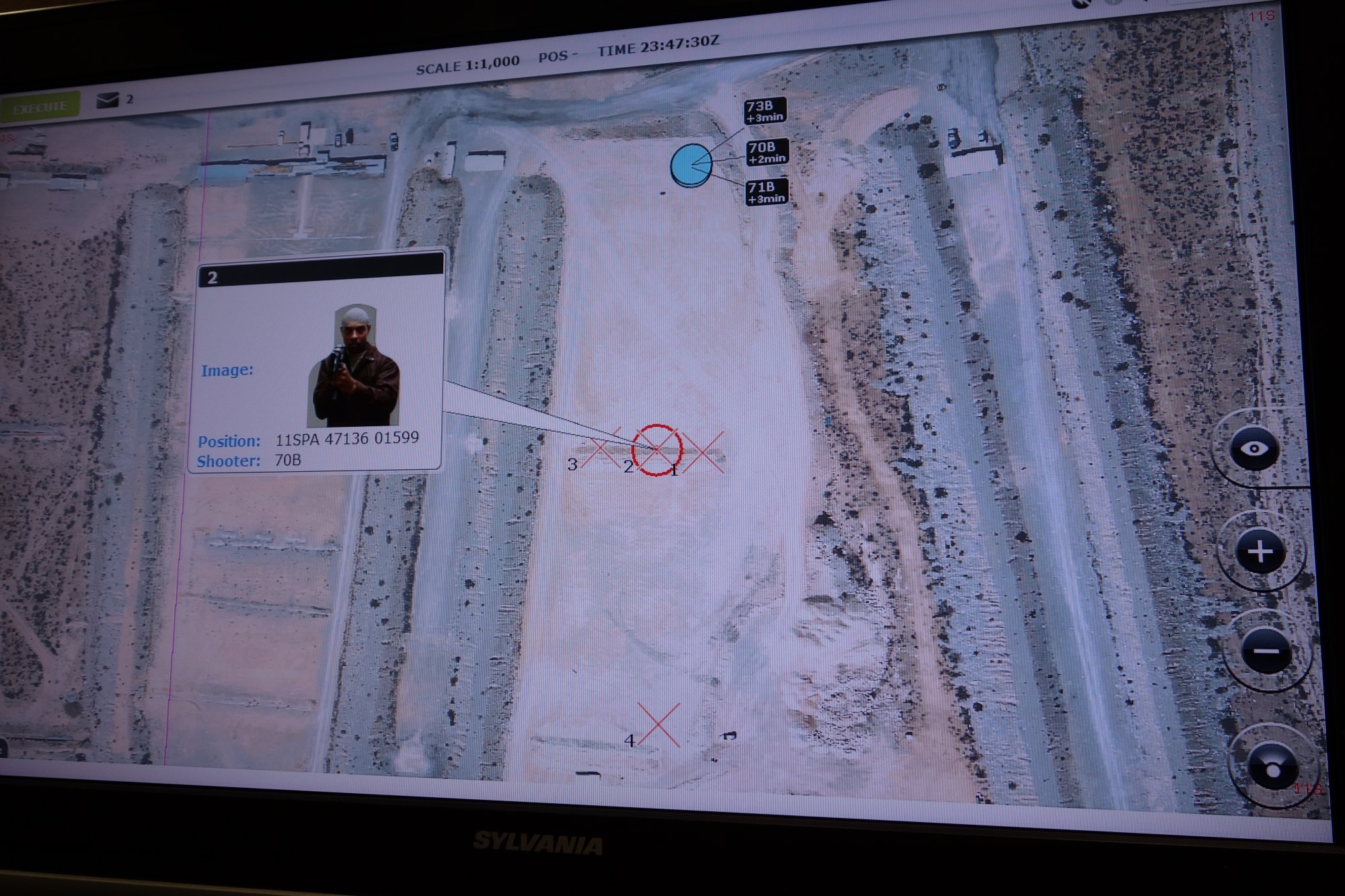 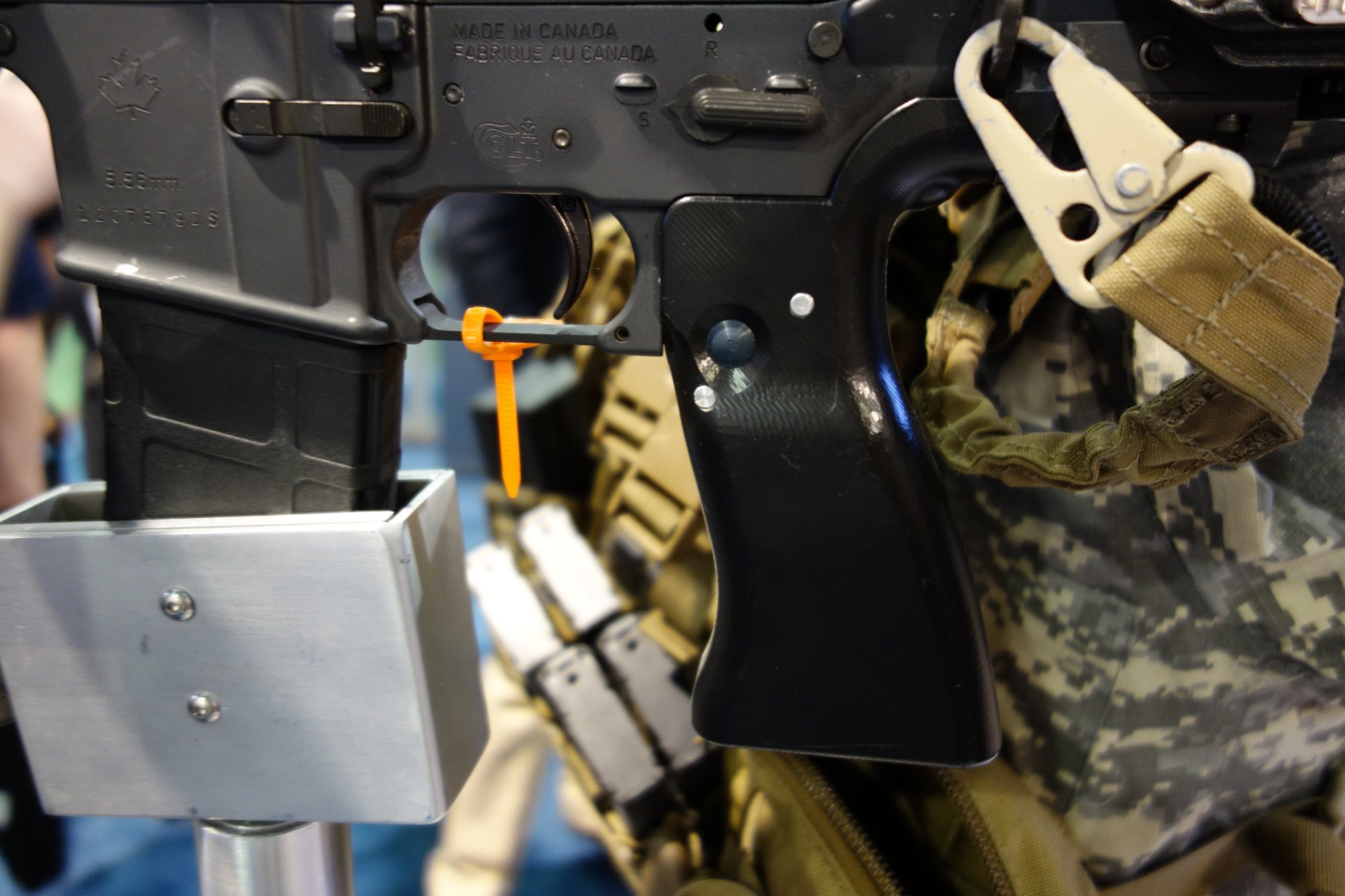 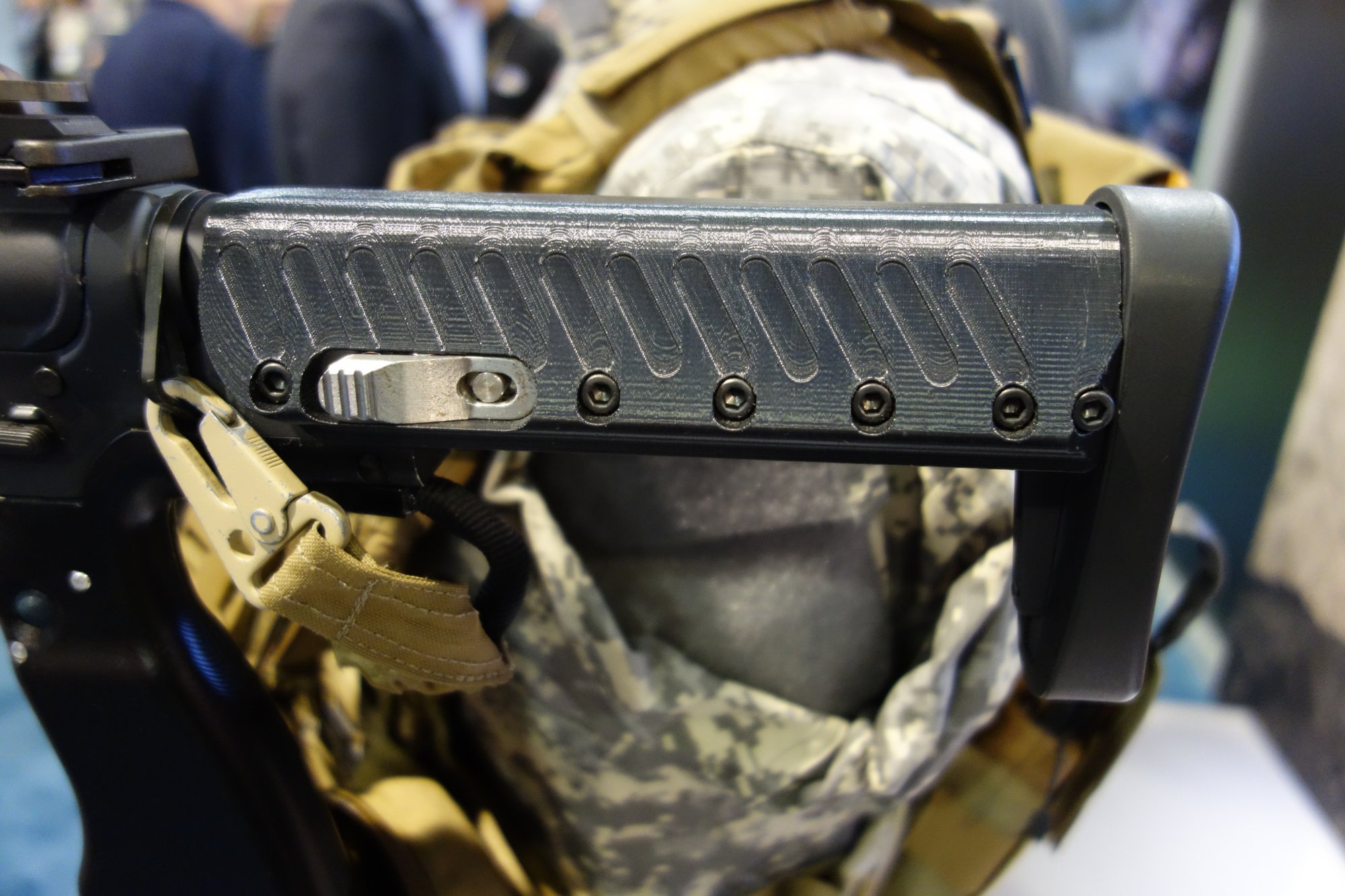 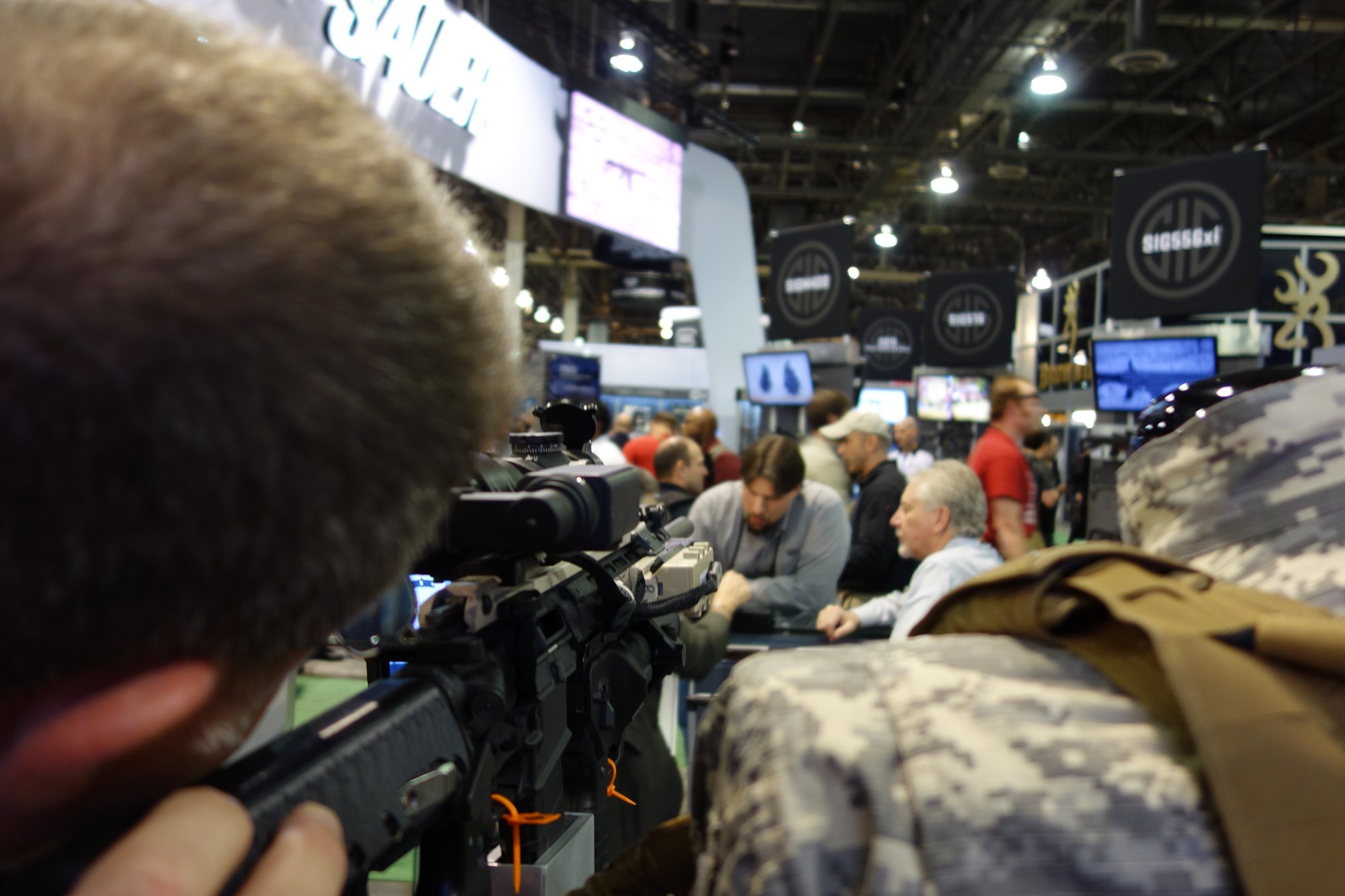 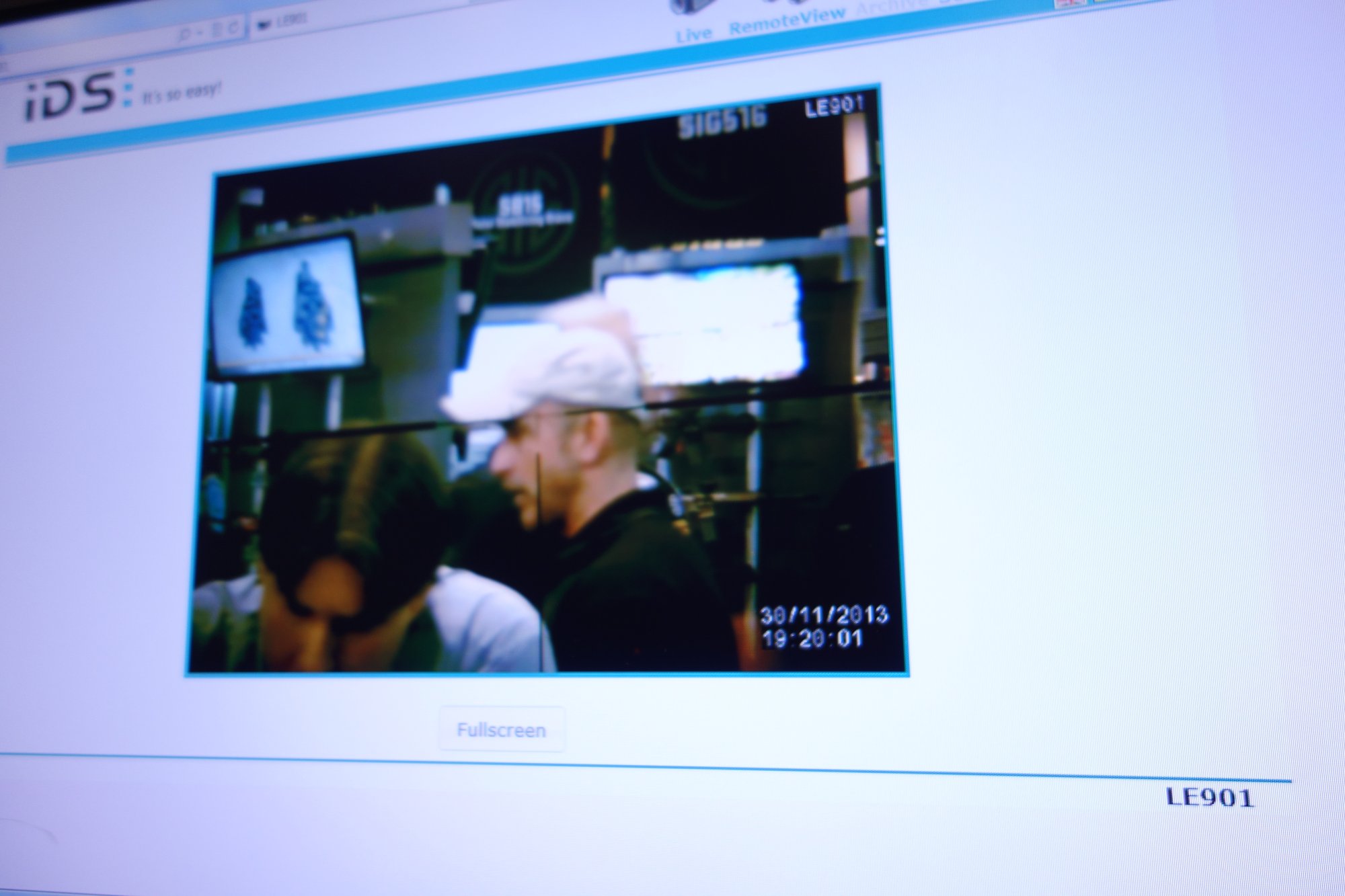 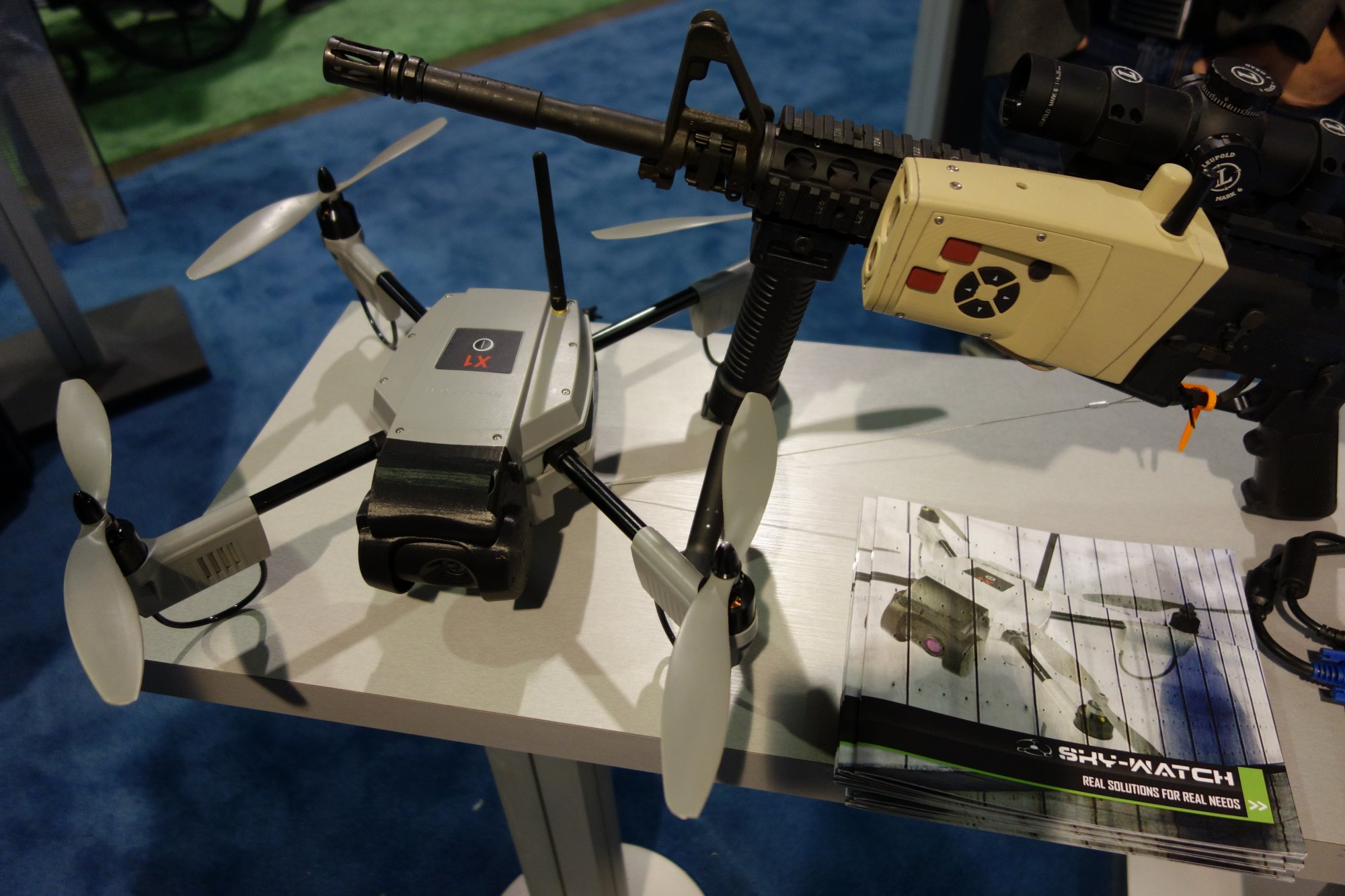 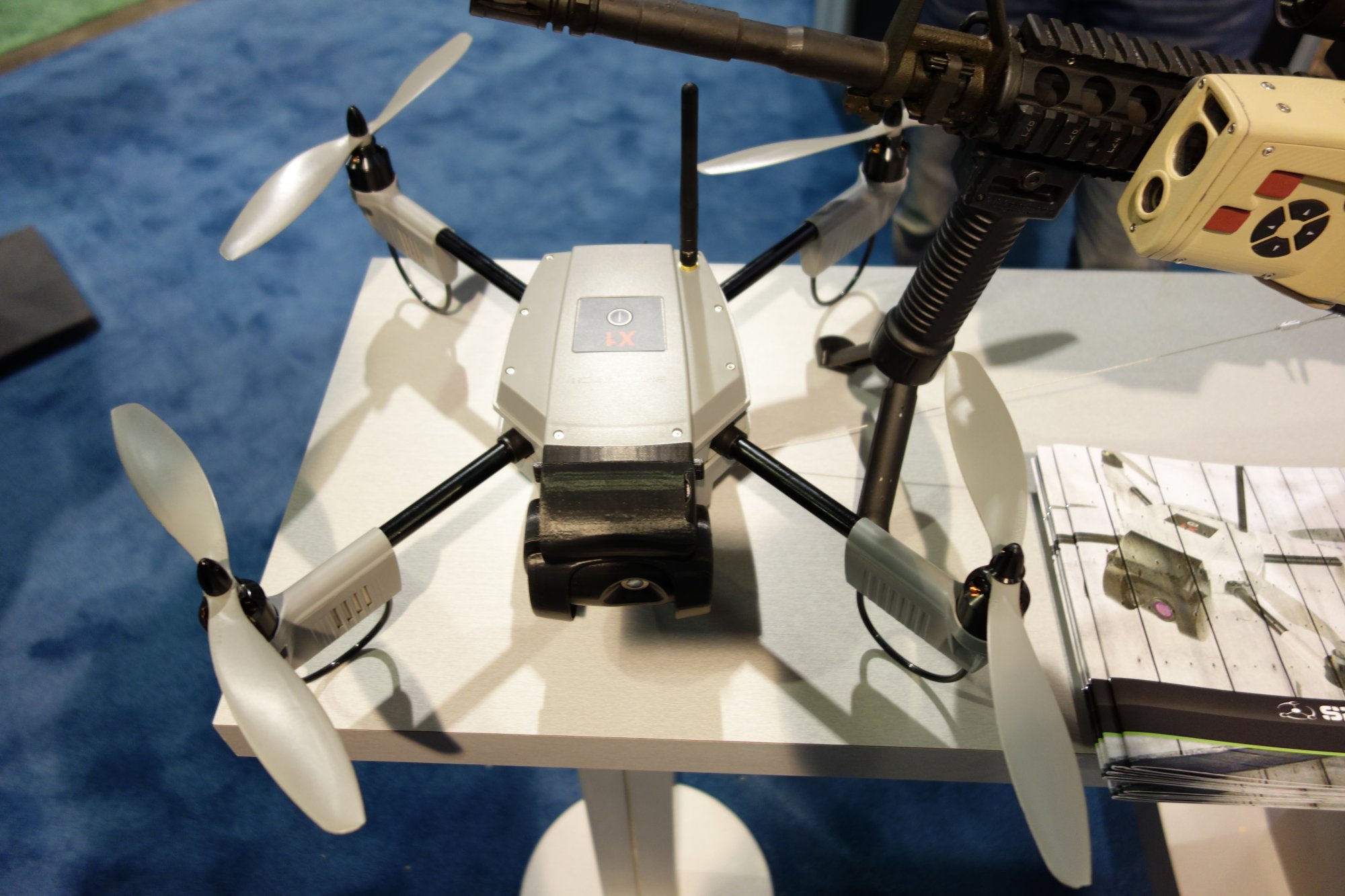