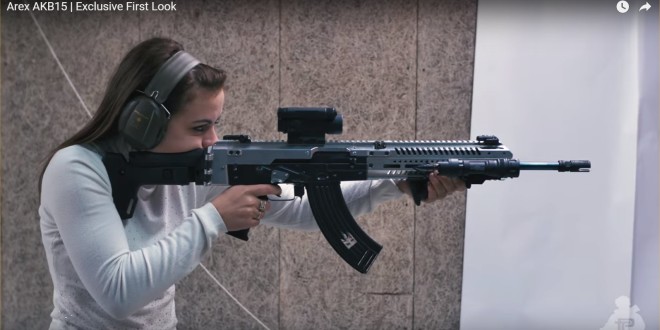 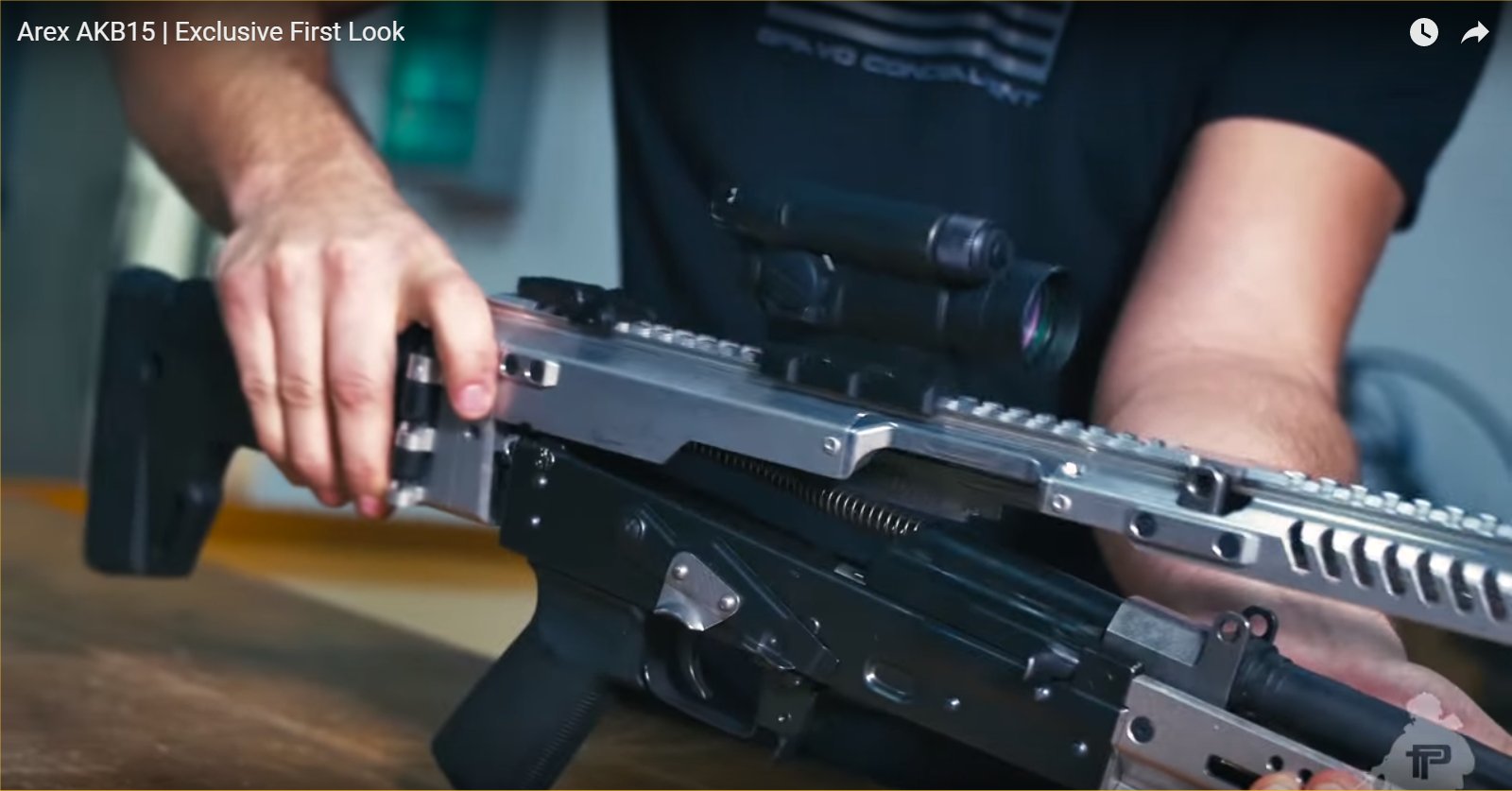 This thing may just be the coolest and most interesting thing to come out of Slovenia in like, well…ever…if it actually works reliably under adverse conditions at high round count, and if anything can actually make it out of Slovenia alive or intact (unconfirmed/unverified). Your humble correspondent saw the horror movie Hostel (2005), and it didn’t look good for the tourists. O.k., that was Slovakia, but still, close enough. Slovenia, Slovakia, potato, potato.

Anyway, it’s called the AKB15 (or AKB-15), and is essentially a modernized, modular tactical AK (Kalashnikov AK-47/AKM) carbine/SBR (Short Barreled Rifle) with long-stroke piston/op-rod operation, a long/full, monolithic-type MIL-STD-1913 flattop rail and modular quad-rail forend, quick and easy AR (AR-15)-type two-push-pin disassembly/takedown, a quick detachable/removable gas tube (which is pretty neat), and a reasonably robust and comfortable-looking “[Remington/Bushmaster] ACR-type” folding stock. The company that manufactures it is called Arex, and while designing and developing the coolest Slovenian gun might not exactly be saying much, the AKB-15 looks pretty slick, even by American standards, and that is saying something. 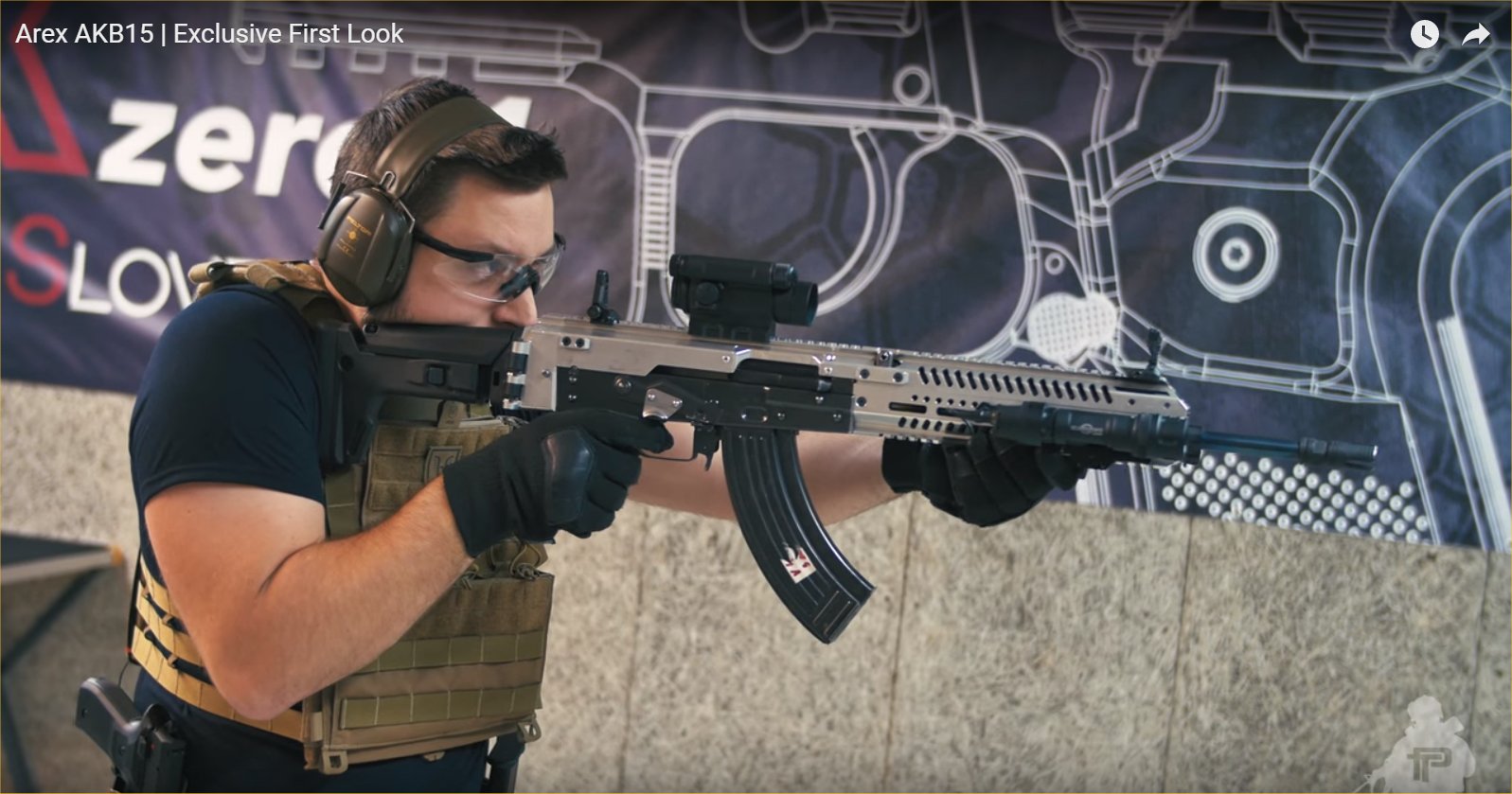 Let’s be clear, DefenseReview (DR) isn’t even close to being sold on the AKB15 yet, since we haven’t run it yet ourselves, don’t personally know anyone who has run it that we trust, and, again, it was designed and developed in Slovenia, wherever the hell that is (I’ll look it up as soon as I get done writing this, but I’m guessing Eastern Europe). However, the prototype AKB15 certainly looks promising in Polenar Tactical’s (Slovenia, too?) demo video on it. We like how the whole upper receiver/receiver cover/top rail comes right off as one piece, the way the gas tube pulls right out (assuming it’s still reliable and durable/rugged), and the folding stock. AND, the fact that it sports a Zastava AKM lower receiver would appear promising, as Zastava, to our knowledge, makes decent-quality firearms. DR also likes that the AKB15 can be fired (repeatedly) with the buttstock in the folded position if required. 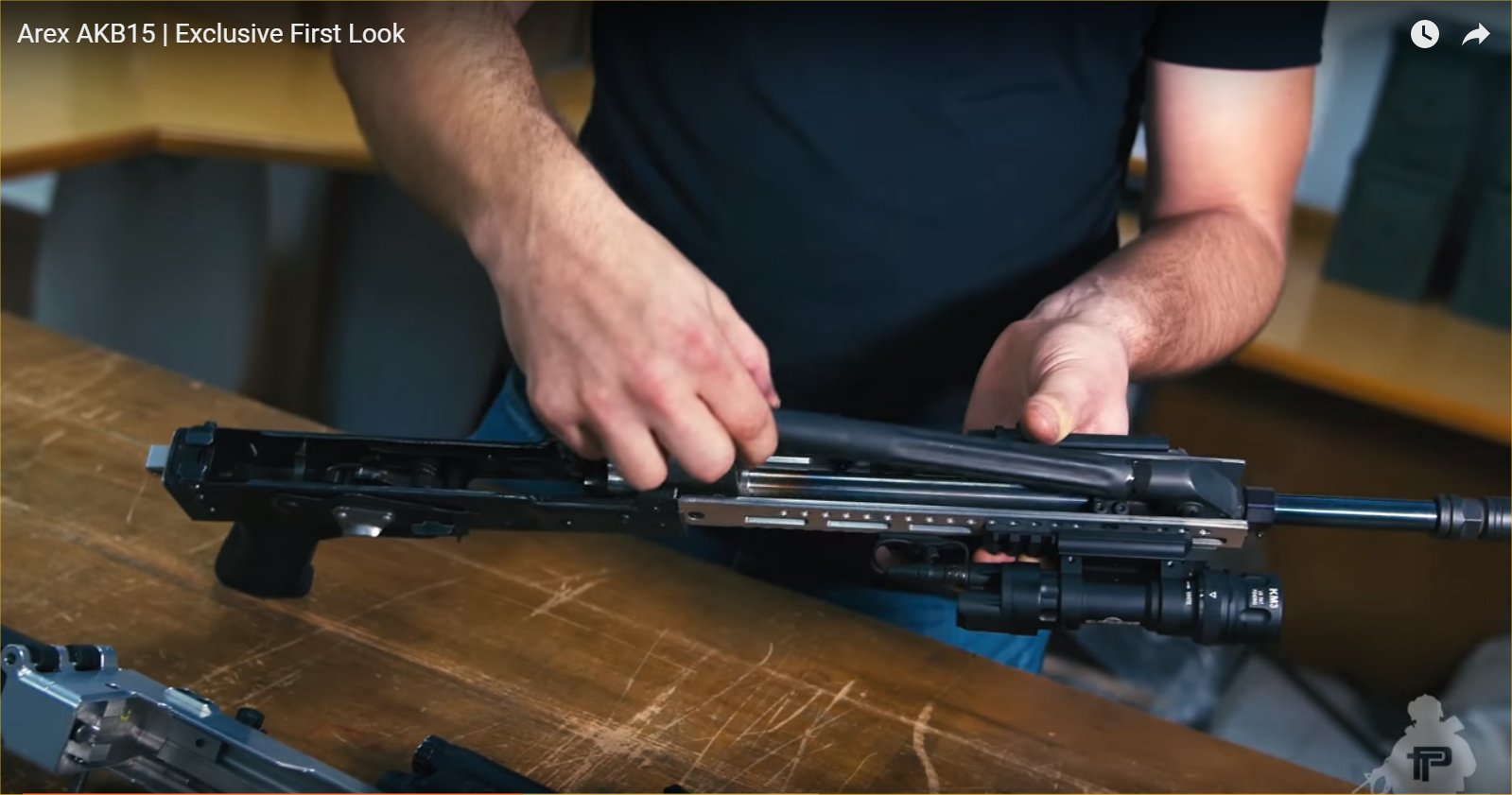 Upon first seeing Polenar Tactical’s demo video (see below) of a prototype AKB15, DefenseReview (DR) experienced the same general happy/warm and fuzzy feeling as we had when we viewed and handled guns like the M+M M10X 7.62x39mm Russian AK-type piston/op-rod tactical carbine/SBR, and SIG SAUER SIG556xi tactical AK carbine/SBR, and , if not quite the thrill of viewing and handling something like the Desert Tech DT MDR modular, multicaliber carbine/SBR prototype for the first time.

While the demo gun in the video was a select-fire model, Arex will presumably seek to export a semi-auto-only model to the U.S. for civilian tactical shooters. 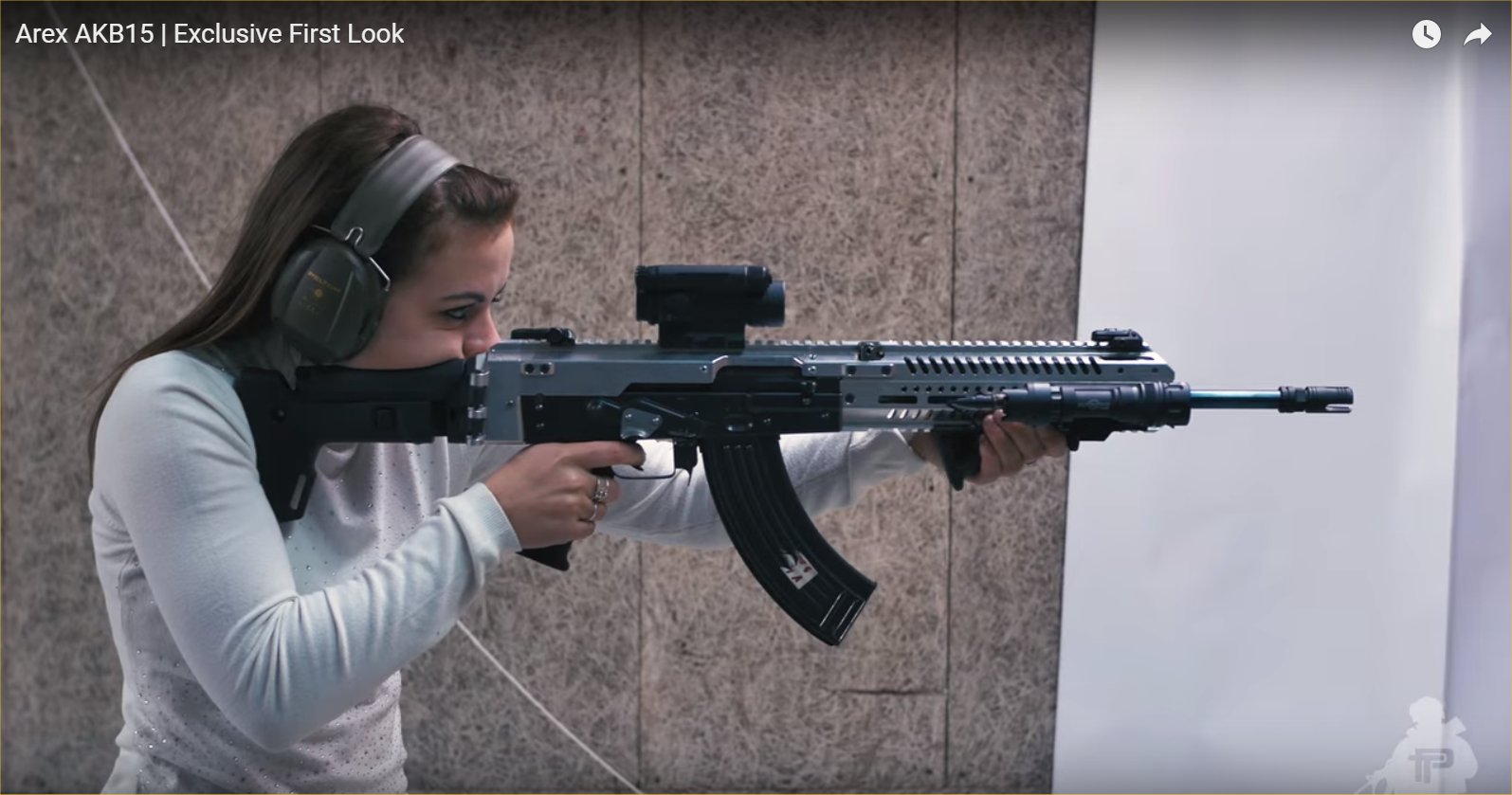 As you can see in the video below, the primary Polenar Tactical representative/demostrator had a lot of fun test-firing the Arex AKB15 on both semi-auto and full-auto. DR doesn’t know the weapon’s trigger-pull weight, but it looks fairly light from the shooter’s speed on semi-auto. In the video, he says that the AKB15 “actually acts differently than an AK”, and he means that in a good way, although it’s “hard to describe”. The smaller, lighter female Polenar Tactical rep also had no trouble handling and shooting the AKB15 prototype, and the gun looked as reliable as a conventional/standard AK between all the shooters. So, that’s good.

Defense Review contacted both Arex AND Polenar Tactical after watching the demo video, and we received a very nice and helpful reply from the latter early yesterday (1/13/16) morning–although we just found and read it today (1/14/15). Arex hasn’t yet responded to our inquiry, as far as we can tell. If we don’t hear back from them soon, we’ll try again using the contact info Polenar Tactical was kind enough to provide us. Hey, at least the Polenar Tactical folks are friendly and  responsive. They also look like nice, fun people, particularly the girl, who’s cute as a button, and looks like she just came off the Slovenian national gymnastics team. The gun’s bigger than her. 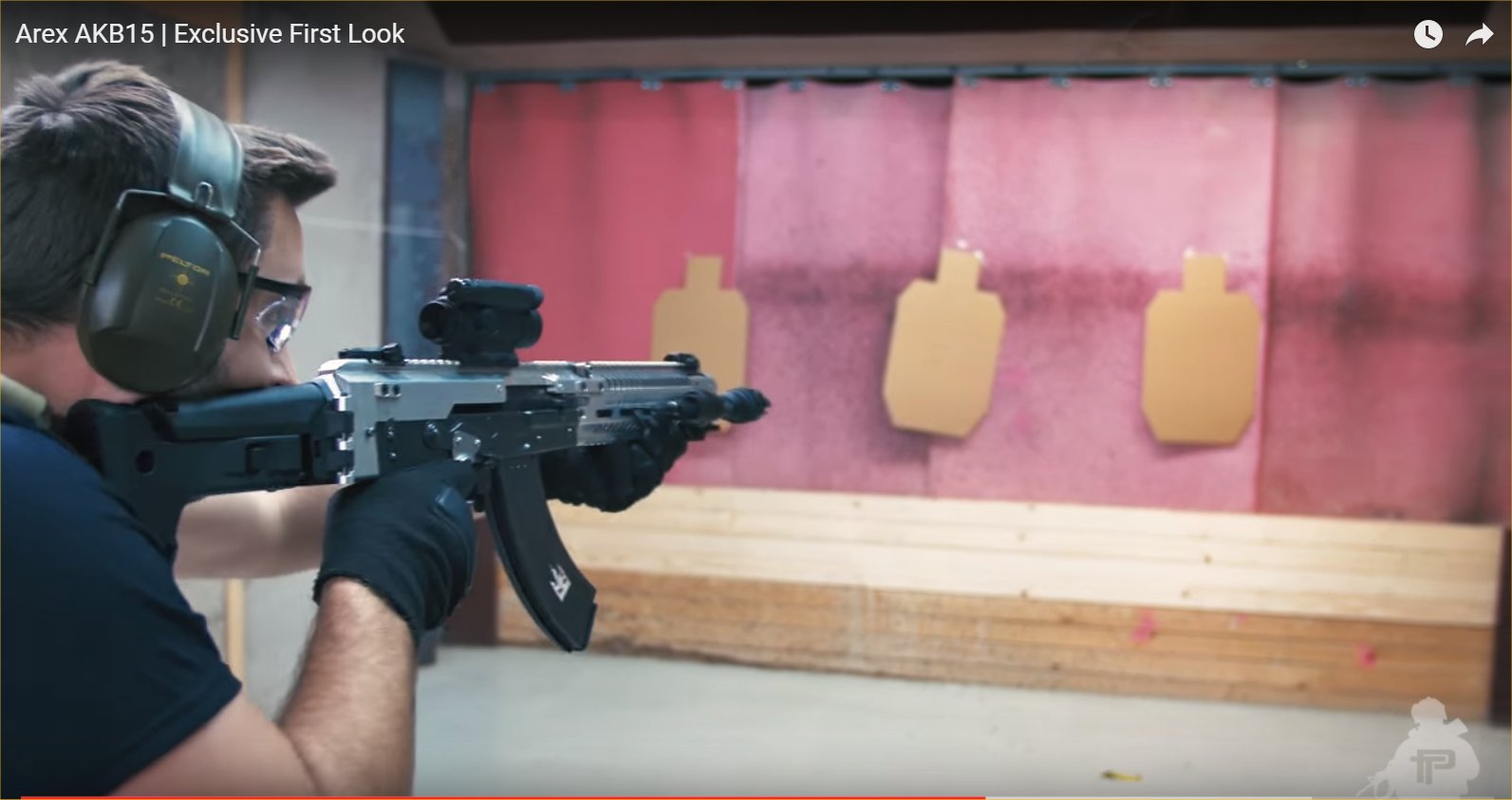 We look forward to speaking with someone at Arex soon, and that their English is good, as DR doesn’t currently have access to a Slovenian translator.

Hopefully, DR will run into Arex and/or the AKB15 (and/or the Polenar Tactical folks) at SHOT Show 2016 next week, preferably at Range Day. It would be nice to get a little trigger time behind the new gun, which is very interesting, indeed. Can’t wait to see a 10.5″-12.5″-barreled SBR version.

Editor’s Note: I actually just remembered there’s one other Slovenian thing I like; comedian and professional roast comic Anthony Jeselnik, even though he looks like a metrosexual Nazi lawyer/commodities trader. Anthony looks like the kind of guy who’s holding people in his basement against their will, and generally enjoying it. Just kidding. For the record, he’s very funny, totally politically incorrect, and seemingly fairly intelligent–although he did date Amy Schumer, so, um…yeah. Kidding, again (kind of). 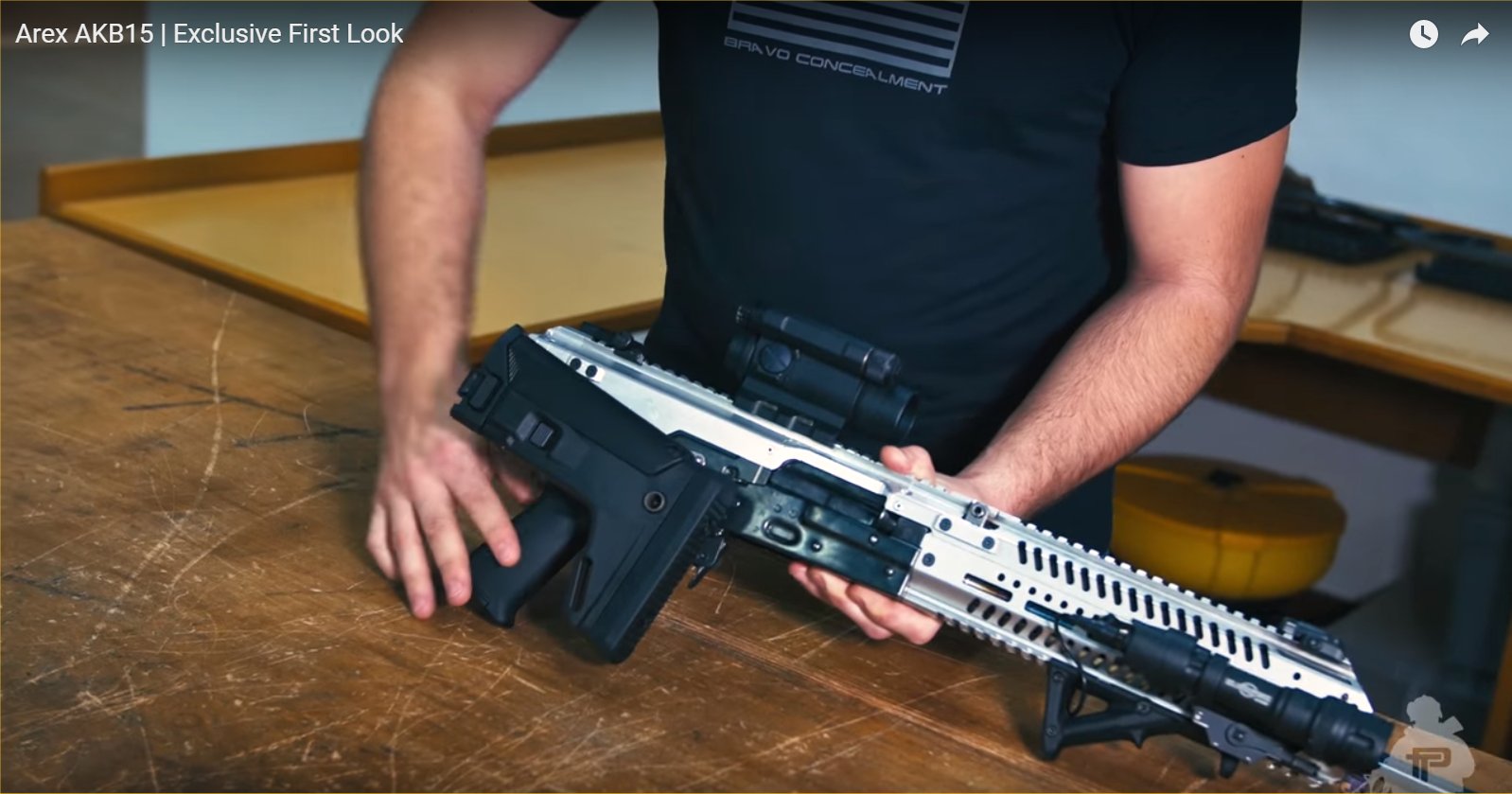 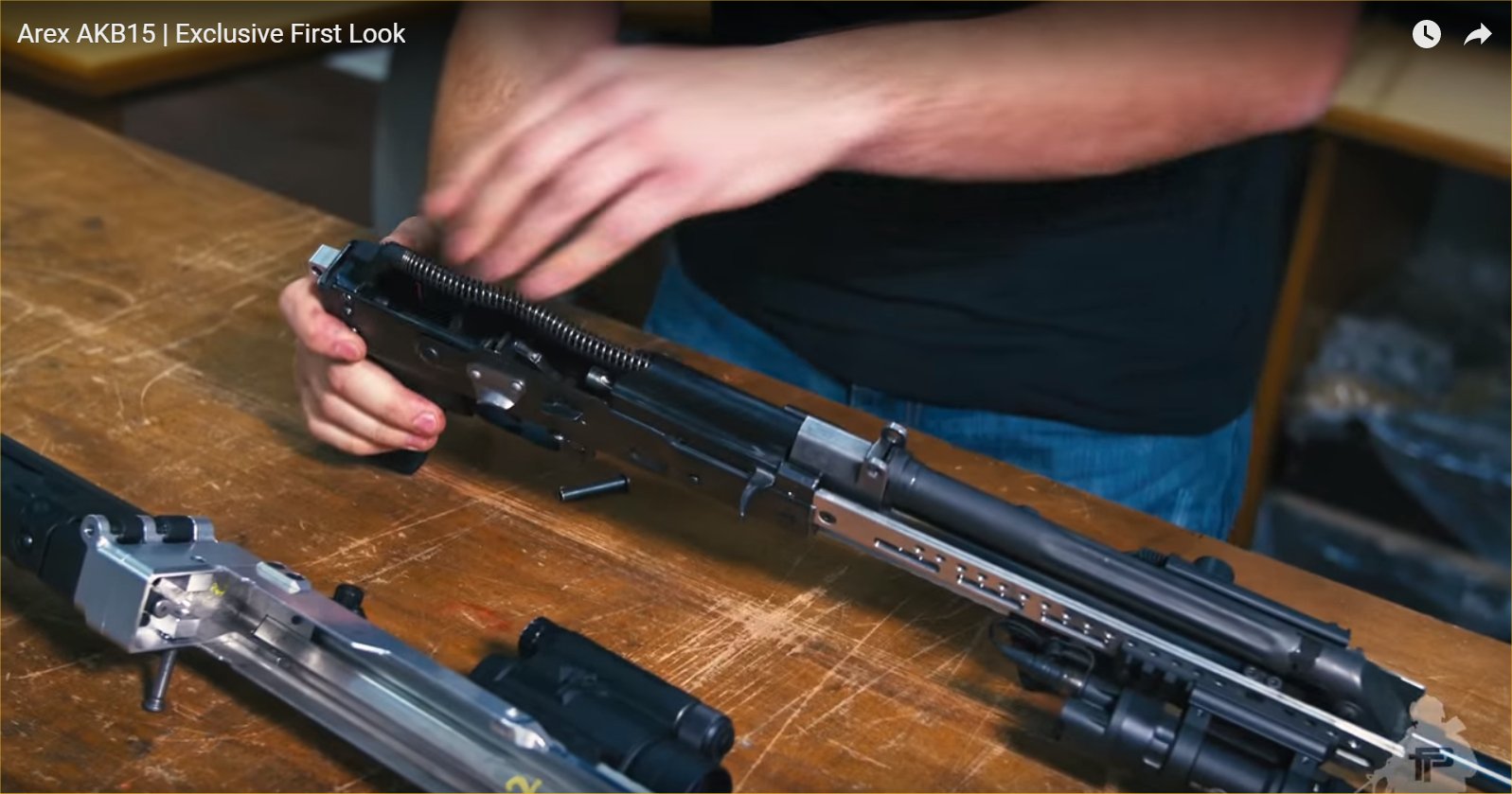 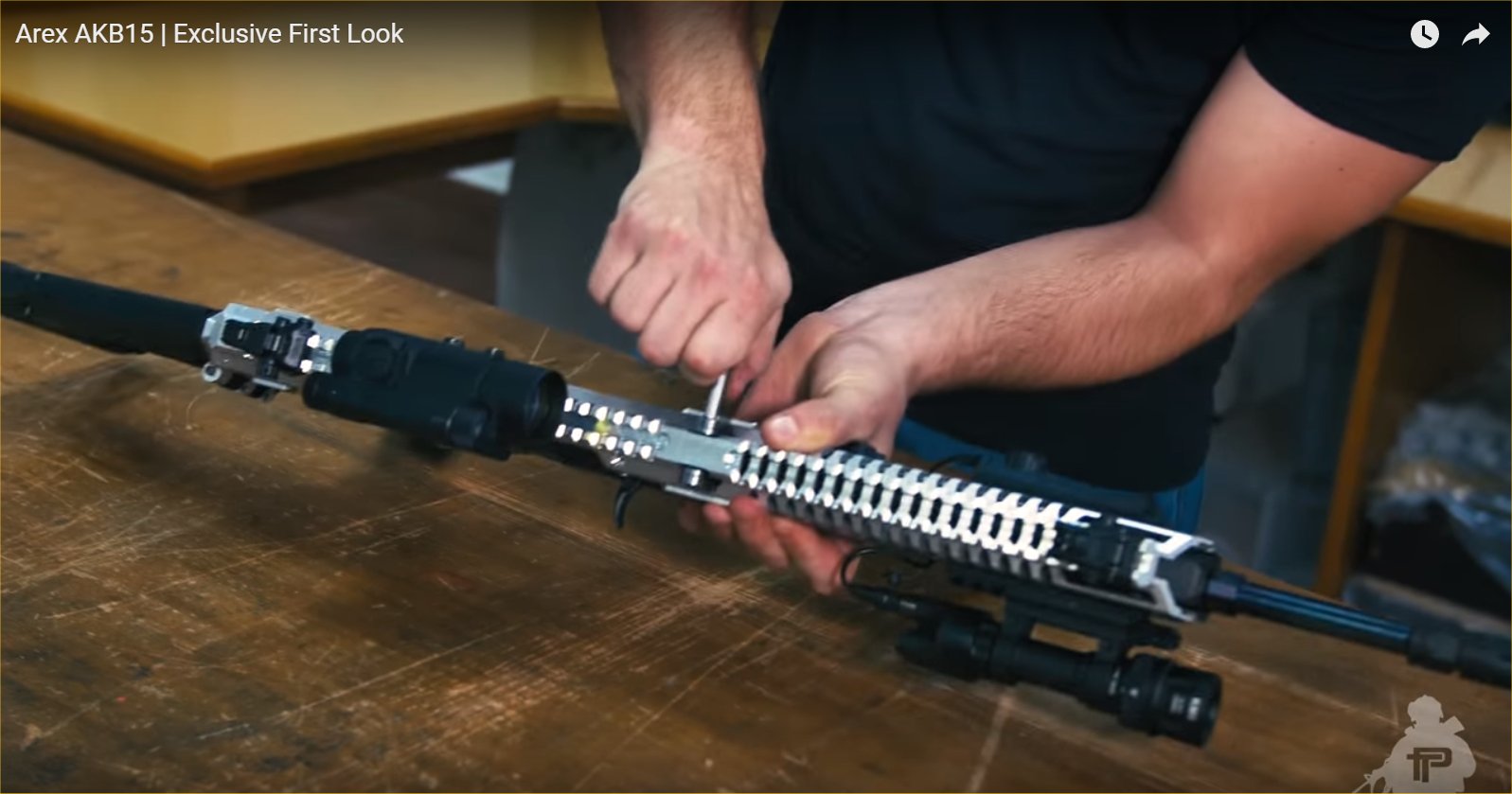 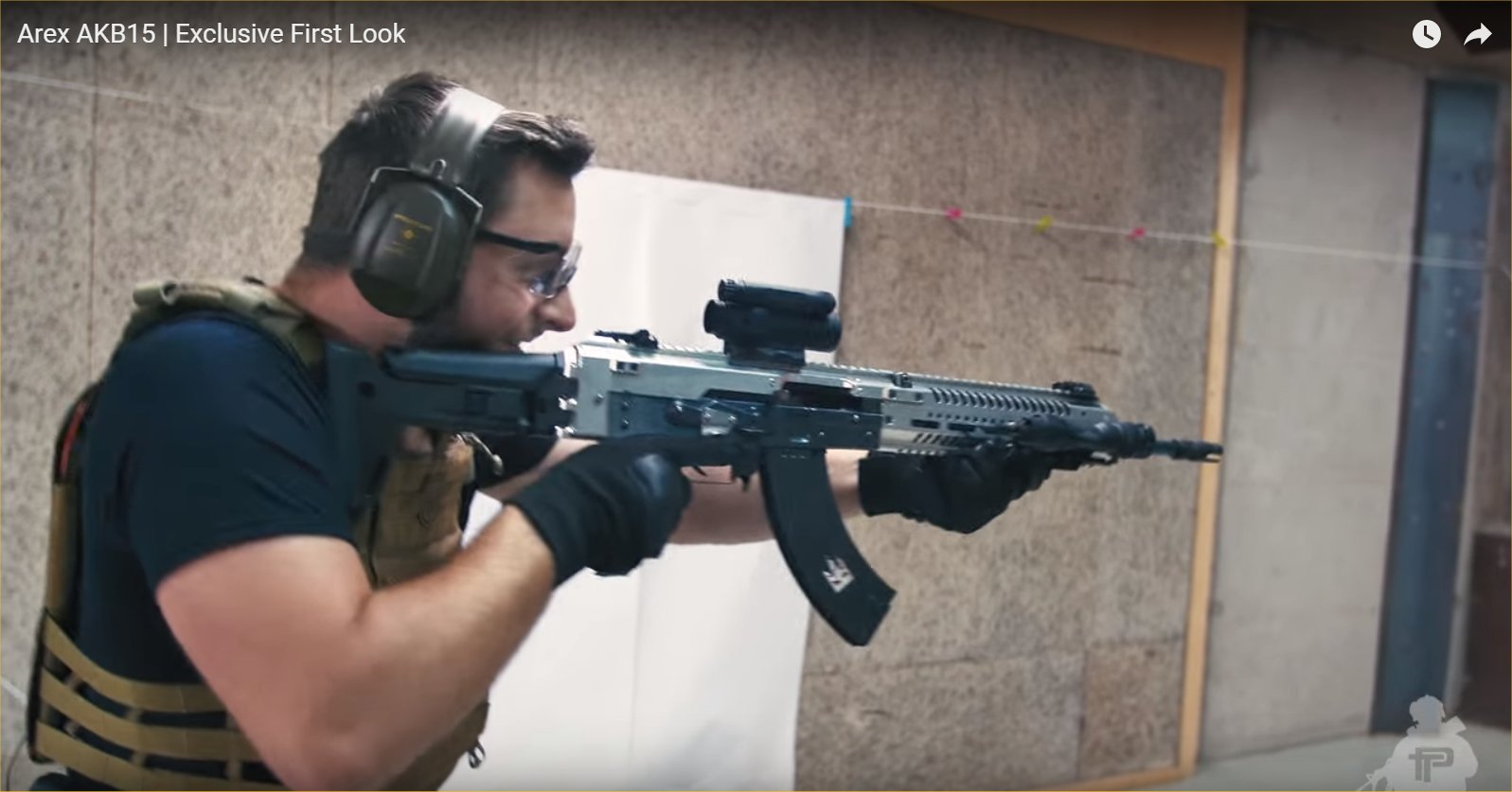 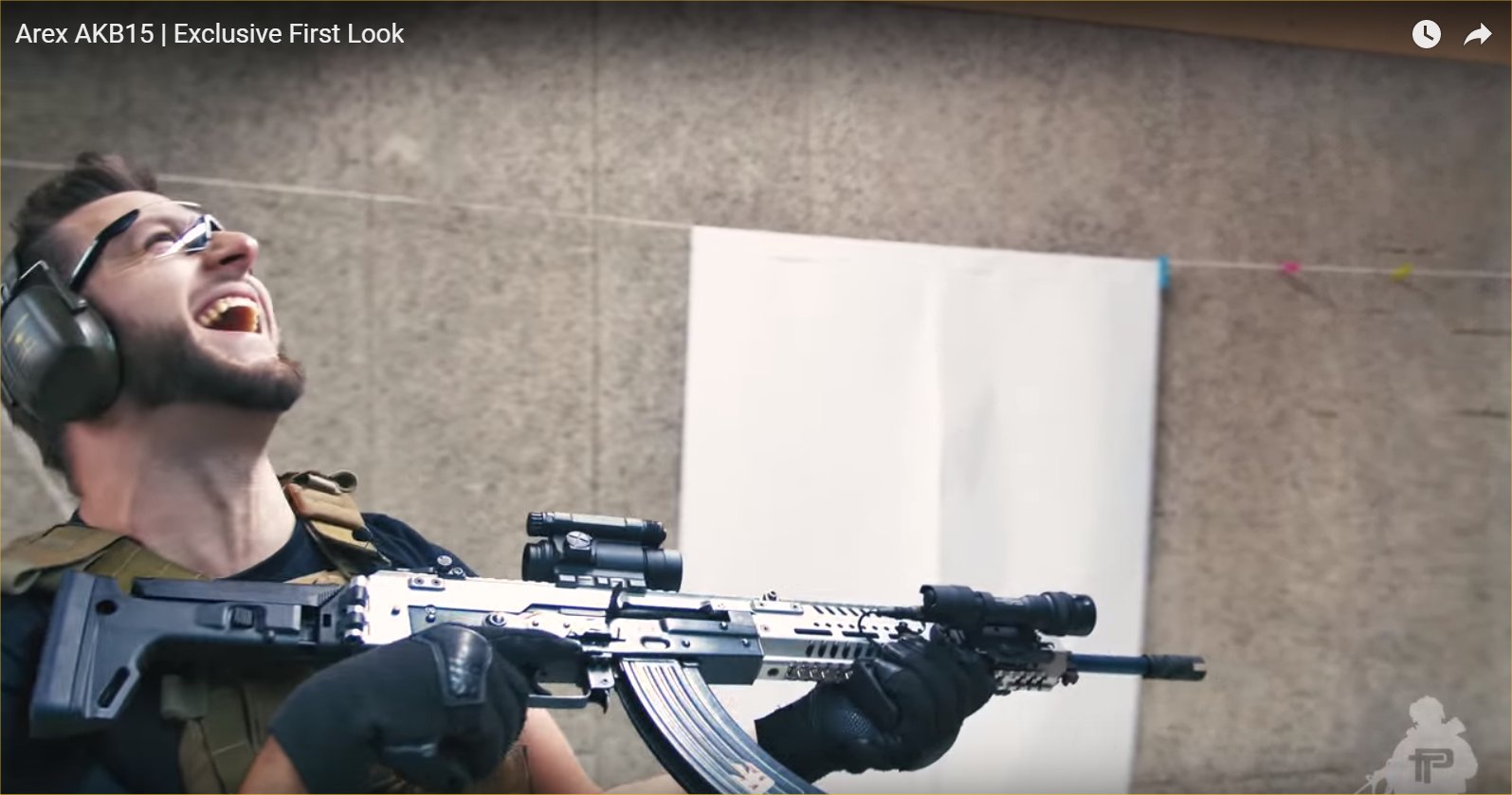 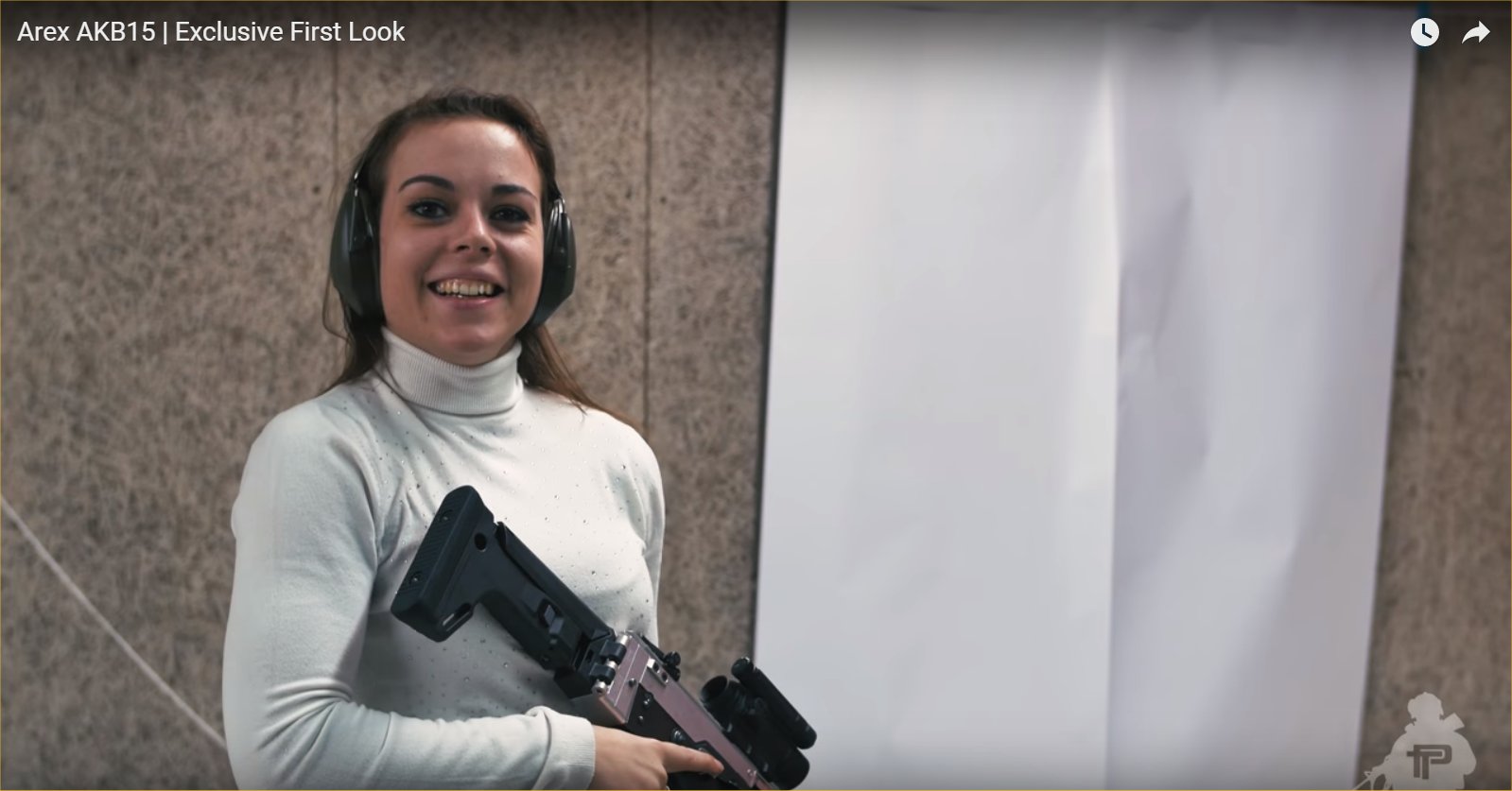