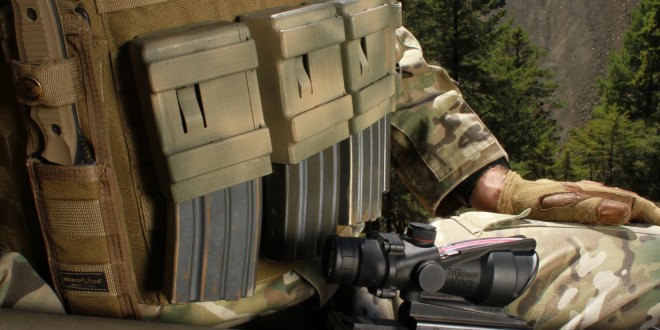 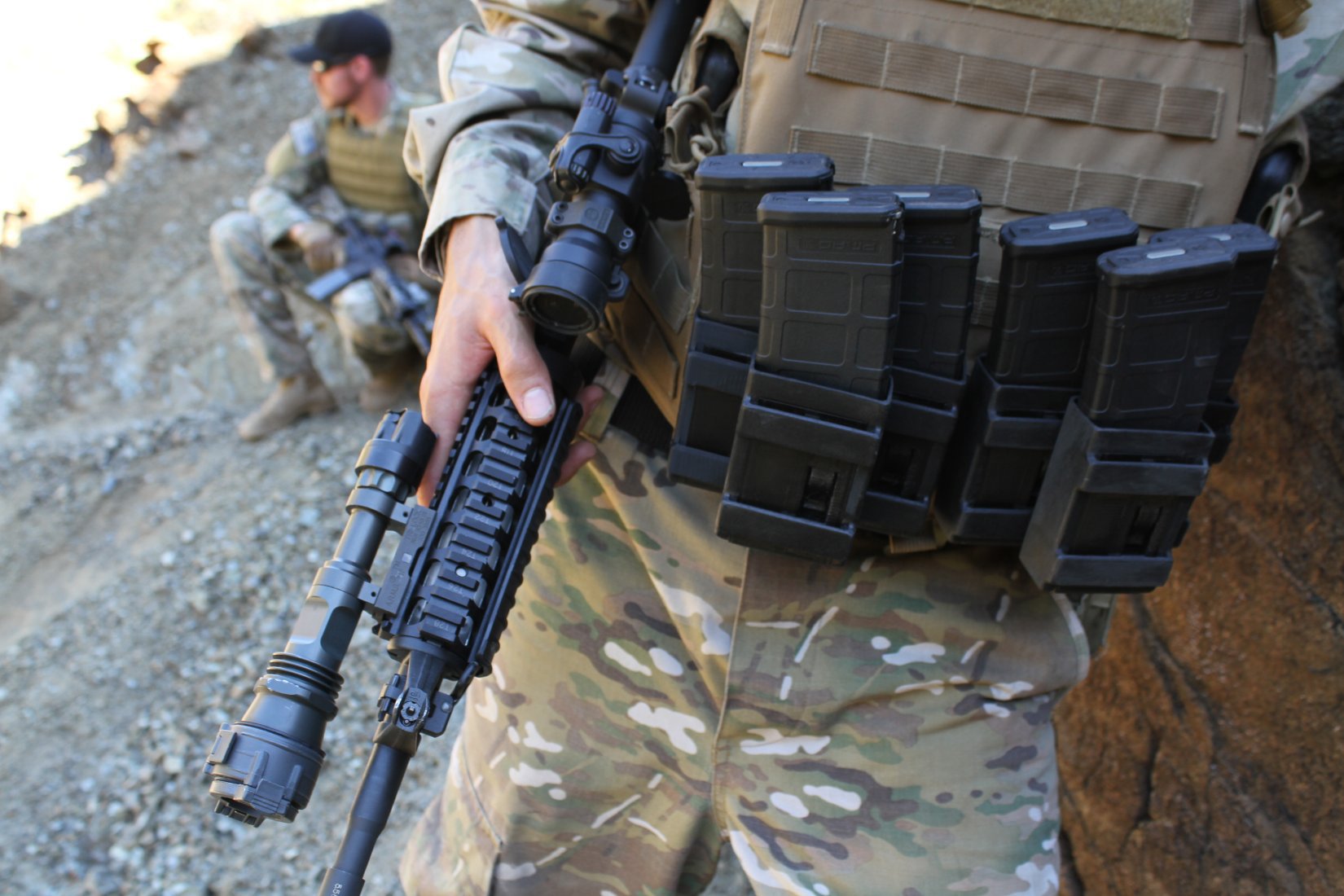 A startup tactical products (tactical shooting products) company called Limitless Gear (LG) has developed a very interesting product called the OPFOR Mag Carrier/Pouch, which is a rigid polymer modular magazine carrier/pouch made out of high-quality DuPont ULTEM 1000 PEI polymer "subtle modifications" so the OPFOR can handle adverse combat conditions, including extreme weather conditions (cold and hot) without failing. DefenseReview (DR) recently spoke with company president Patrick McClone at length about the product, and came away very impressed with both him and the product.

The OPFOR Mag Carrier/Pouch's primary claim to fame is its unprecedented modularity with regard to ease and speed of attachment/detachment. It combines a fast-attach/quick-detach (FA/QD) system for MOLLE/PALS webbing with a leaf spring-and-latch mag retention system, allowing the MIL/LE assaulter/operator or civilian tactical shooter to attach and detach his OPFORs from his rig literally in seconds, and run his OPFORs either upright or inverted (or reverse-indexed), according to preference. This combined capability makes the OPFOR arguably the easiest-to-use and most versatile secure retention 5.56mm AR (AR-15) rifle mag carrier/pouch yet designed and developed that also allows for fast reloads–assuming the product works as advertised, of course. The OPFOR enables an assulter/operator/shooter to reconfigure his mag load, go slick for freefall, training, swap vests, etc. much more quickly and easily than has previously been possible. 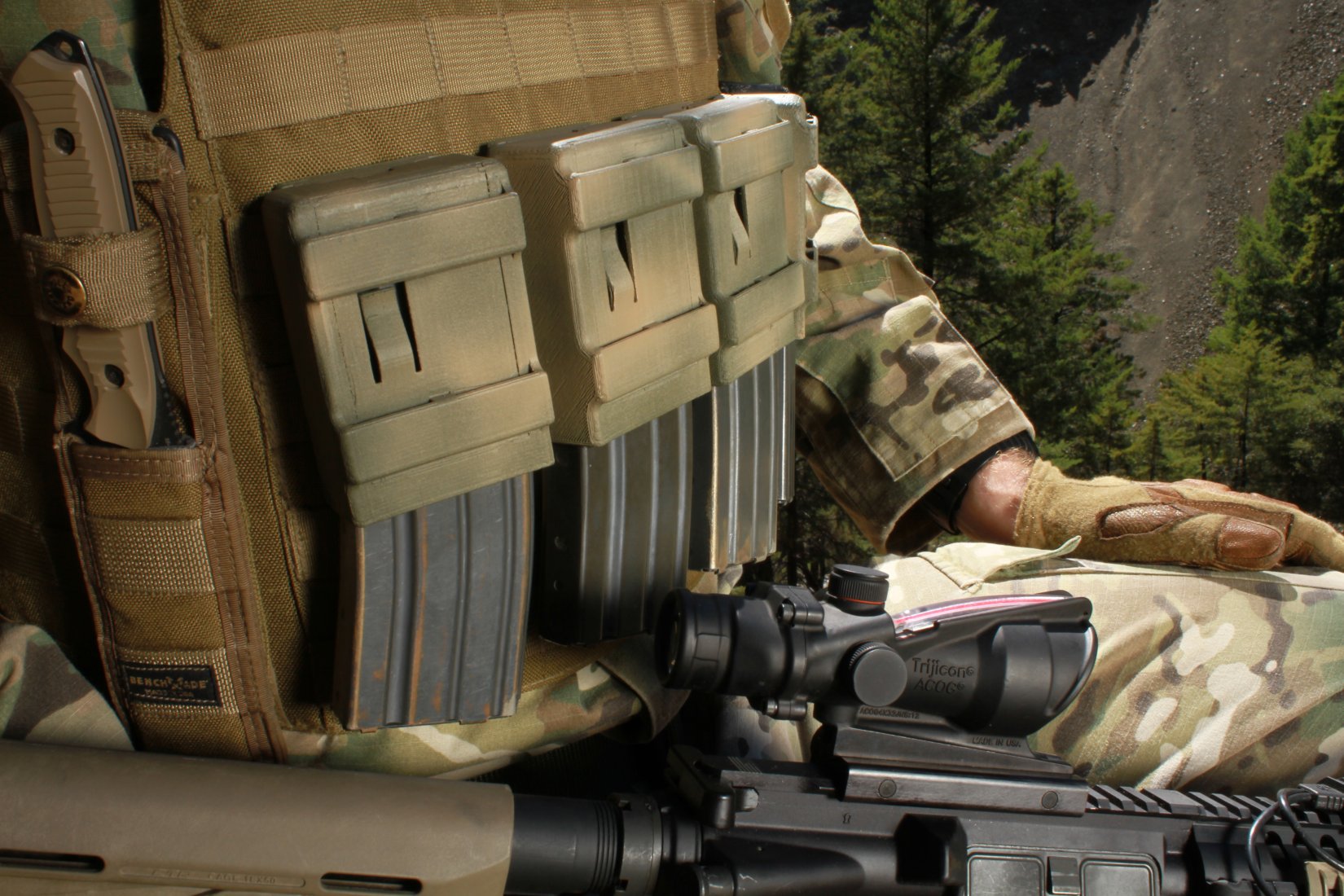 The OPFOR Mag Carrier's slide-and-snap, or slide-and-click, FA/QD MOLLE/PALS attachment mechanism and leaf-spring-and-latch mag retention system are both pretty ingenious and KISS simple, and and can be seen functioning in the embedded OPFOR teaser video below. Oh, and everything on the OPFOR is made of the aformentioned ULTEM 1000 PEI polymer material, even the leaf spring. According to McCrone, the OPFOR's proprietary polymer's performance characteristics are so good that there was no need to utilize either a spring steel leaf spring or leaf spring insert to make it durable and reliable. The polymer alone can apparently handle the cycles (mag insertion and removal), heat and cold, simplifying the OPFOR's manufacture and lowering its cost, which will come in at an estimated MSRP of $34.99 USD.

The OPFOR polymer modular mag pouch/carrier's fixed (polymer) latch itself hooks into the (4179 STANAG AR) 5.56mm rifle mag's retention hole, retaining the magazine the same way an AR lower receiver retains a properly inserted mag. However, insteading using a mag release button like the AR, the OPFOR's mag release is accomplished twisting the magazine slightly before pulling it, which activates the OPFOR's leaf spring enough to allow the magazine's retention hole to clear the latch. 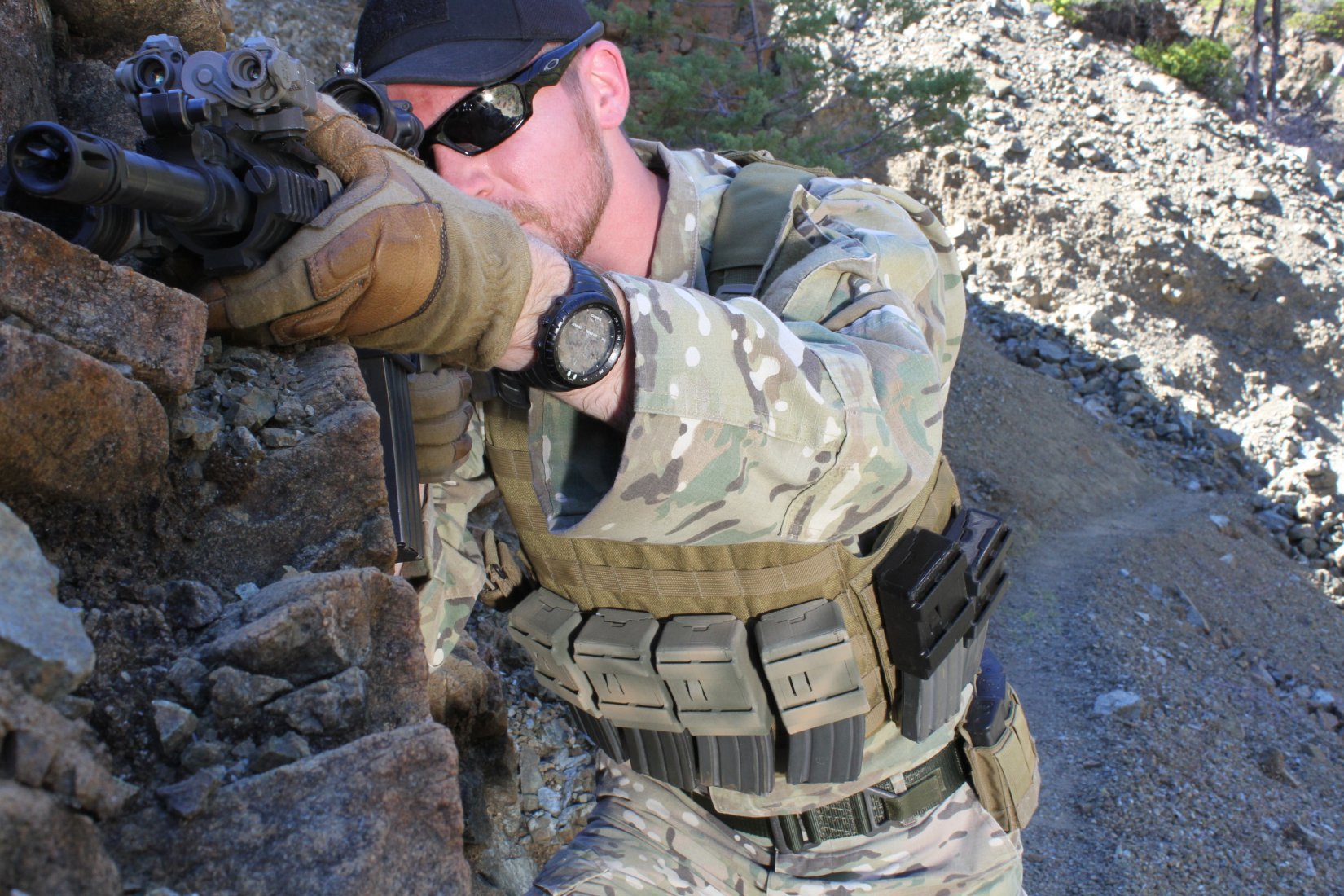 And, of course, the OPFOR Mag Carrier is stackable (see accompanying photos), since it utilizes molded polymer MOLLE/PALS "webbing" on the front, allowing the assaulter/operator/tactical shooter to run his mags staggered on his tactical armor plate carrier/tactical vest. A quick note on this: DefenseReview isn't a big fan of stacking mags on a plate carrier/vest, since it both adds unneccessary bulk to the front of the carrier and can interfere with the operator/shooter going prone and shooting from the prone position. So, DR prefers to single-stack our mags on the front and side panels of the carrier, and run additional mags on a battle belt/war belt like the ATS War Belt or Hardpoint Orion Battle Belt (OBB), for example, as necessary.

Running additiona/extra rifle mags on a battle belt has become de rigueur for U.S. military Special Operations Forces (SOF) assaulters/operators in the last few years due to influence from 3-Gun competitive shooters. In fact, some 3-Gun competitive shooters are now utilizing battle belts/war belts instead of standard gun belts in competition. However, if you like to stack/stagger your mags up front, more power to you, and the OPFOR polymer mag carrier will allow you to do that. 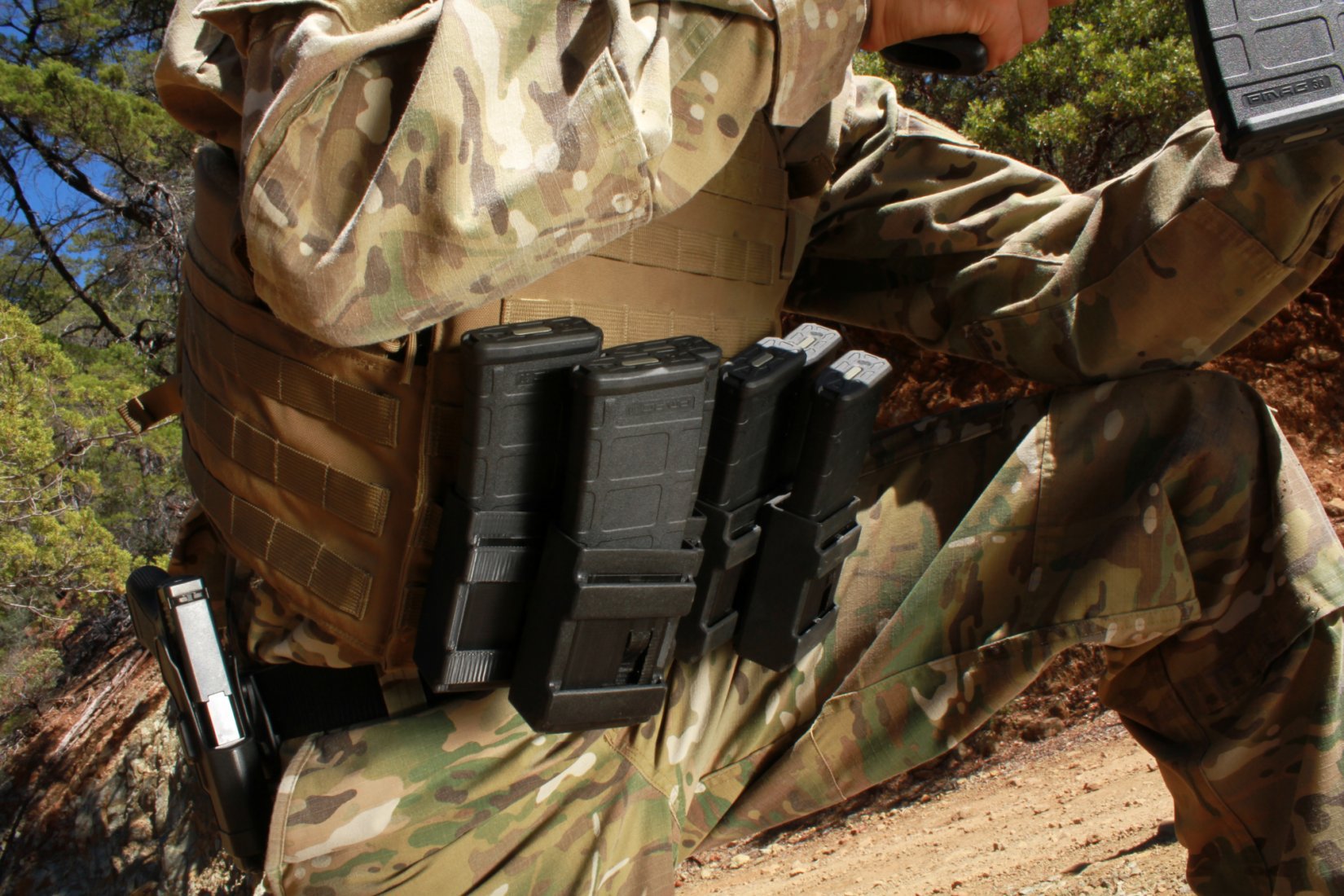 Regarding magazines, our current favorite 30-round  5.56mm mag is the Lancer L5 AWM (Advanced Warfighter Magazine) dark/smoke translucent polymer mag with wraparound spring steel feed lips. We believe the Lancer L5 AWM mag, available at Brownells, to be the best 5.56mm polymer mag on the planet at present, and to be sigificantly superior in both design and performance (reliability/durability under adverse conditions, including extreme hot and cold weather) to the MagPul PMAG and EMAG polymer AR mags.

Our current second choice for a 30-round 5.56mm mag (but first choice in a metal mag) is a MILSPEC USGI-type aluminum mag with MagPul Anti-Tilt Follower Kit, as supplied/sold by Bravo Company USA (BCM) with either Black Teflon or Grey Teflon finishes, according to customer preference. The BCM mags (housings and floor plate) are made by D&H Industries (formerly known as LaBelle). If you're not running Lancers, these BCM aluminum mags with the MagPul enhanced follower kits in them are the next best thing. DR also likes the SureFire MAG5-60 60-rounder and new MWG IK-520 40-Rounder for going high-capacity.

But getting back to the OPFOR, the only fly in the ointment, or monkey in the wrench, so to speak, is that the OPFOR Mag Carrier isn't yet in production, and only exists in prototype form at the moment. Limitless Gear is relying on crowdfunding to fund initial production. The goal is to raise $100,000 on firearm/Second Amendment-friendly crowdfunding site Indiegogo.com, and the campaign starts on September 26, 2013 (that's TOMORROW!!). 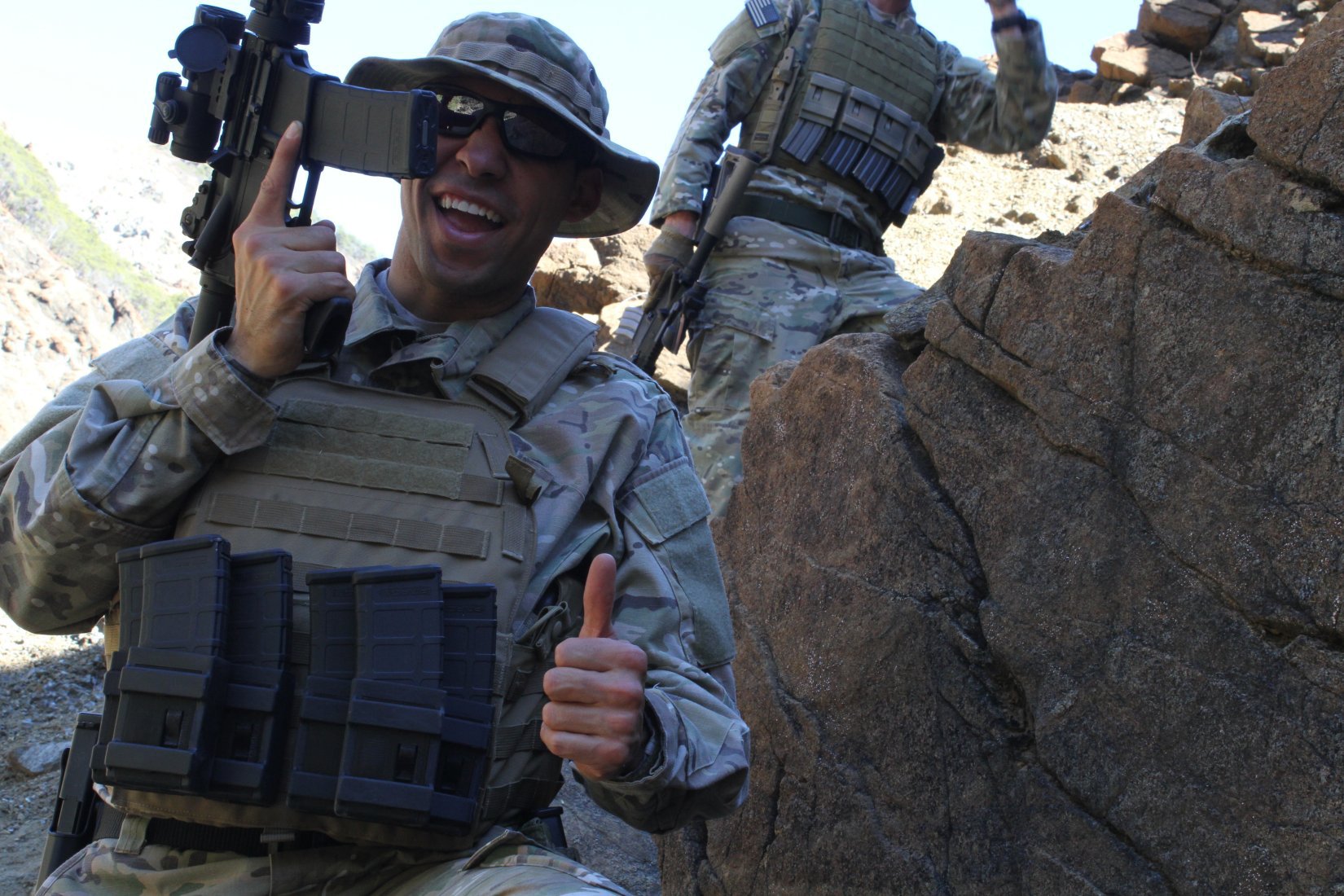 You will be able to preorder an OPFOR Mag Carrier from Limitless Gear starting TOMORROW, on September 26th. DR sincerely hopes they make it, in both senses–i.e., to the $100,000 funding threshold and into production on the OPFOR, since we're enthusiastic about the product's potential.

In the meantime, Defense Review was able to glean the following information about the OPFOR's design and development history from Mr. McClone via email:

To give you a bit of background, Limitless Gear was founded by an aerospace engineer, systems engineer, and myself. I'm an EOD guy who got out of the military in 2010 after serving eight years. We spent the last three years designing and testing the OPFOR, despite being scattered around the globe. I spent most of my time working as a defense contractor in and around Baghdad. While the other two founders were across the country from each other in Florida and California. Through email and Skype with the help of 3D printed prototypes we were able to work together despite the distance. (Just a quick note you can see about 80% of the OPFORs product development lineage on our website here: http://limitlessgear.com/about-us.html. 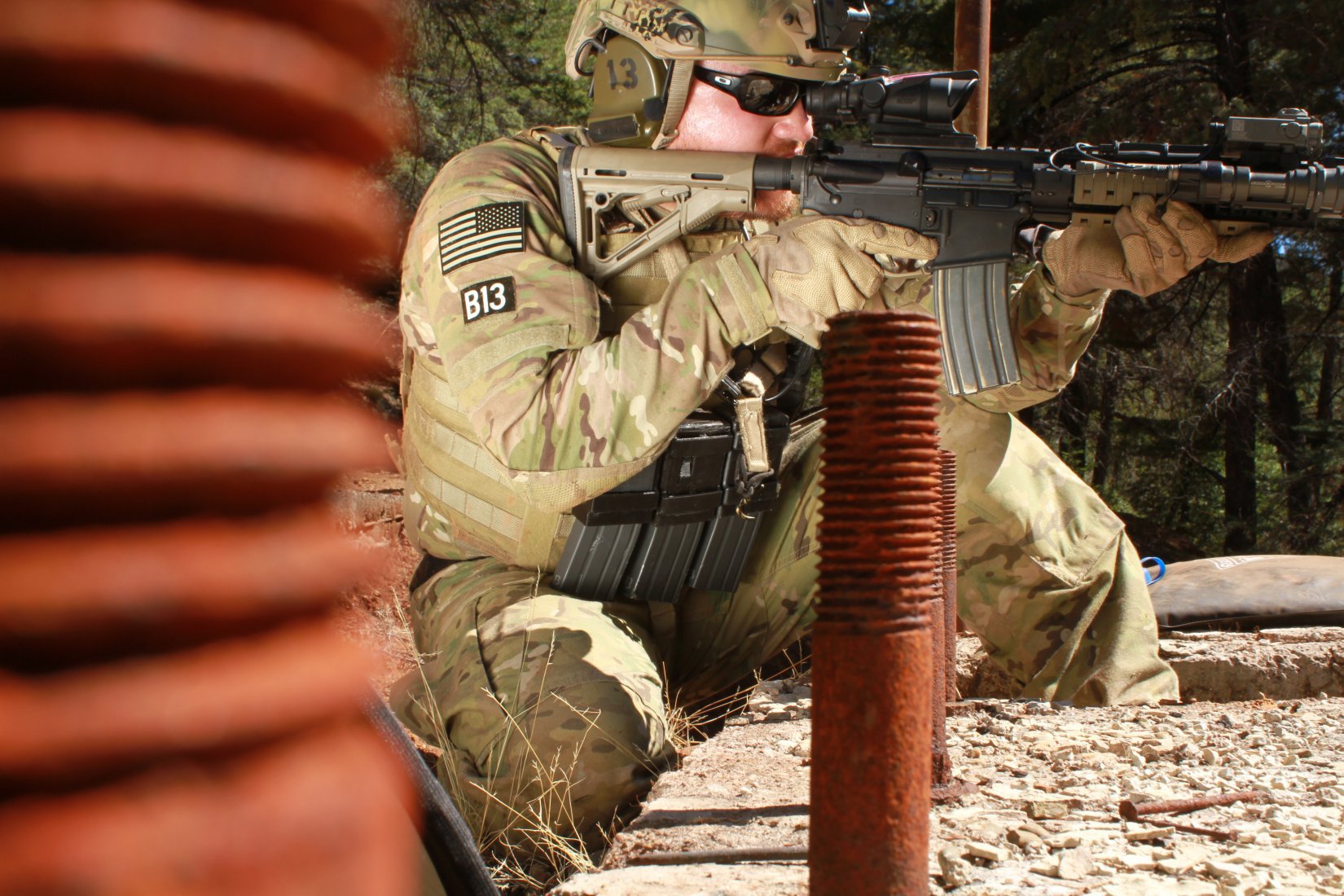 Once we were happy with how the product functioned we found an appropriate manufacturer here in the US. We've been working closely with them for over a year now to make sure that we have everything just right. Now we are launching a crowdfunding campaign on Thursday September 26th to finance the final manufacturing and productions costs. During the campaign the OPFOR will be available well below retail as a token of our appreciation.

Because we were in the process of preparing to file several patents during the product development we had to be very selective with who we solicited feedback from. I'm lucky enough to know several individuals who I trust and were willing to sign a non-disclosure agreement to test and give us feedback on the OPFOR. That being said we received fantastic feedback from Navy EOD techs in SF support positions, a former HRT member and several SWCC."

DR would like to thank Mr. McCrone for the above developmental history background on the OPFOR, and we very much hope to see this very interesting tactical product get into production, because we'd very much like to get our hands on some and run them at the range. More specifically, we'd like to have DR writers/contributors Jeff Gurwitch and Mike Pannone run them hard at the range, put them away wet and muddy, and then run them hard some more, wash, rinse, repeat, for a good long time to see how they perform and hold up. If they get the Gurwitch and Pannone thumbs up, they'll get the official DefenseReview GTG (Good To Go) seal of approval. 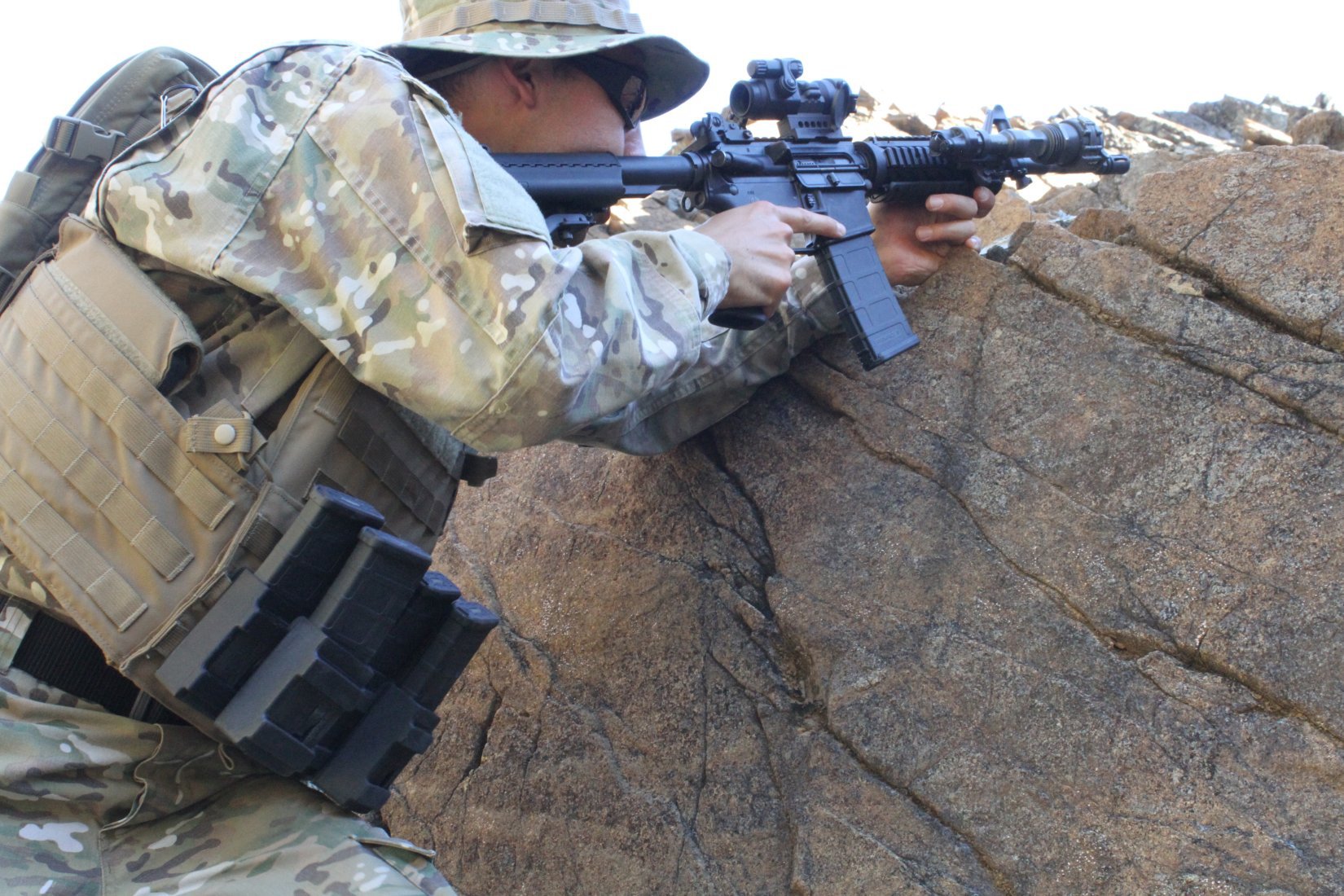 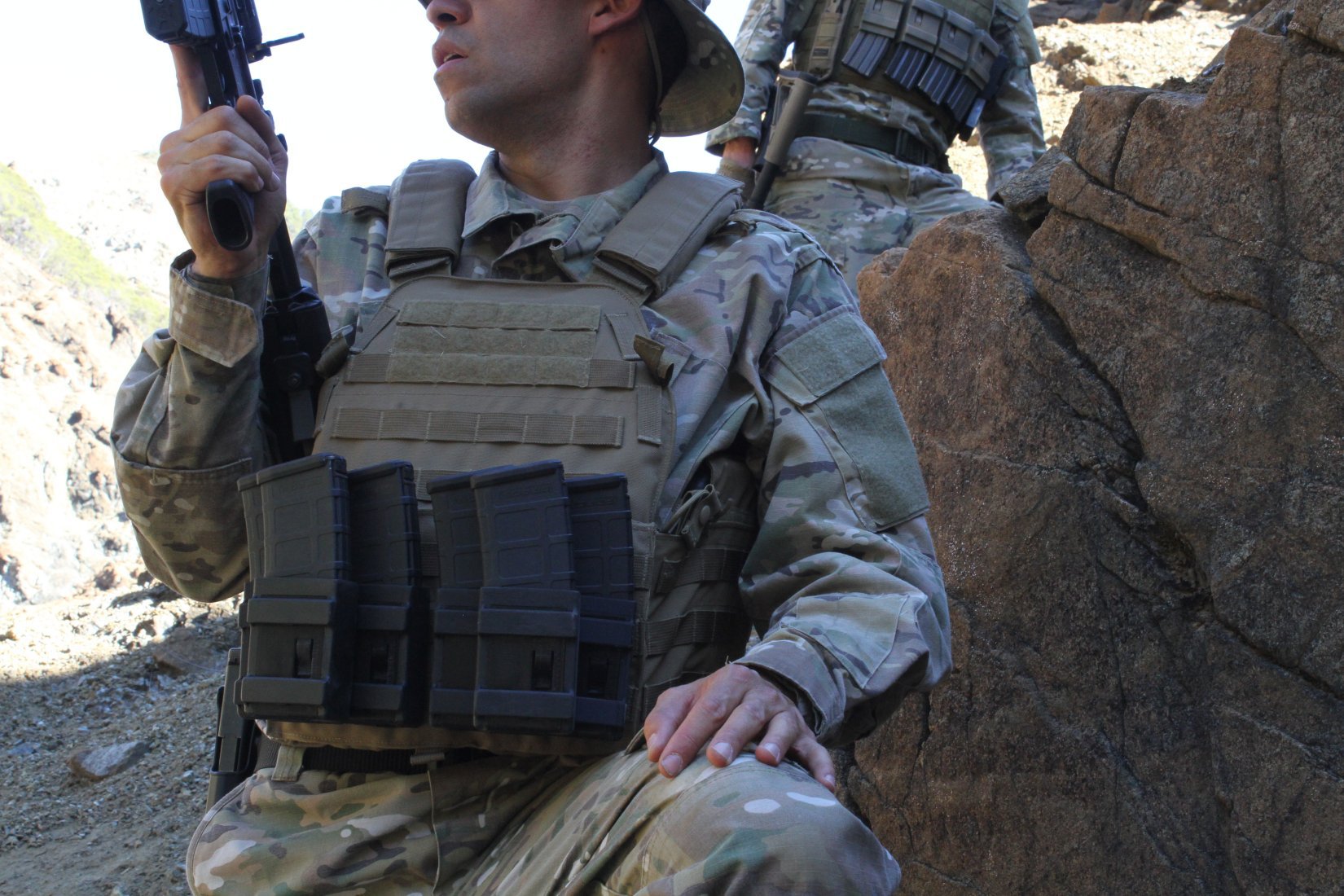