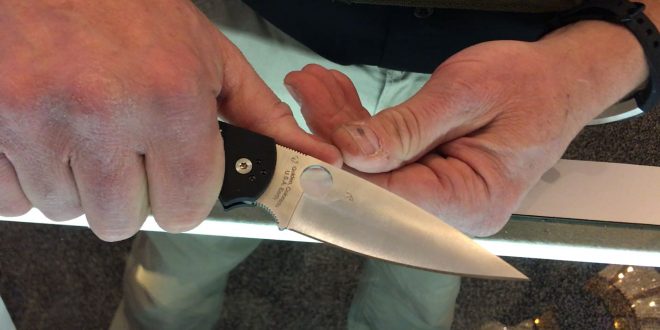 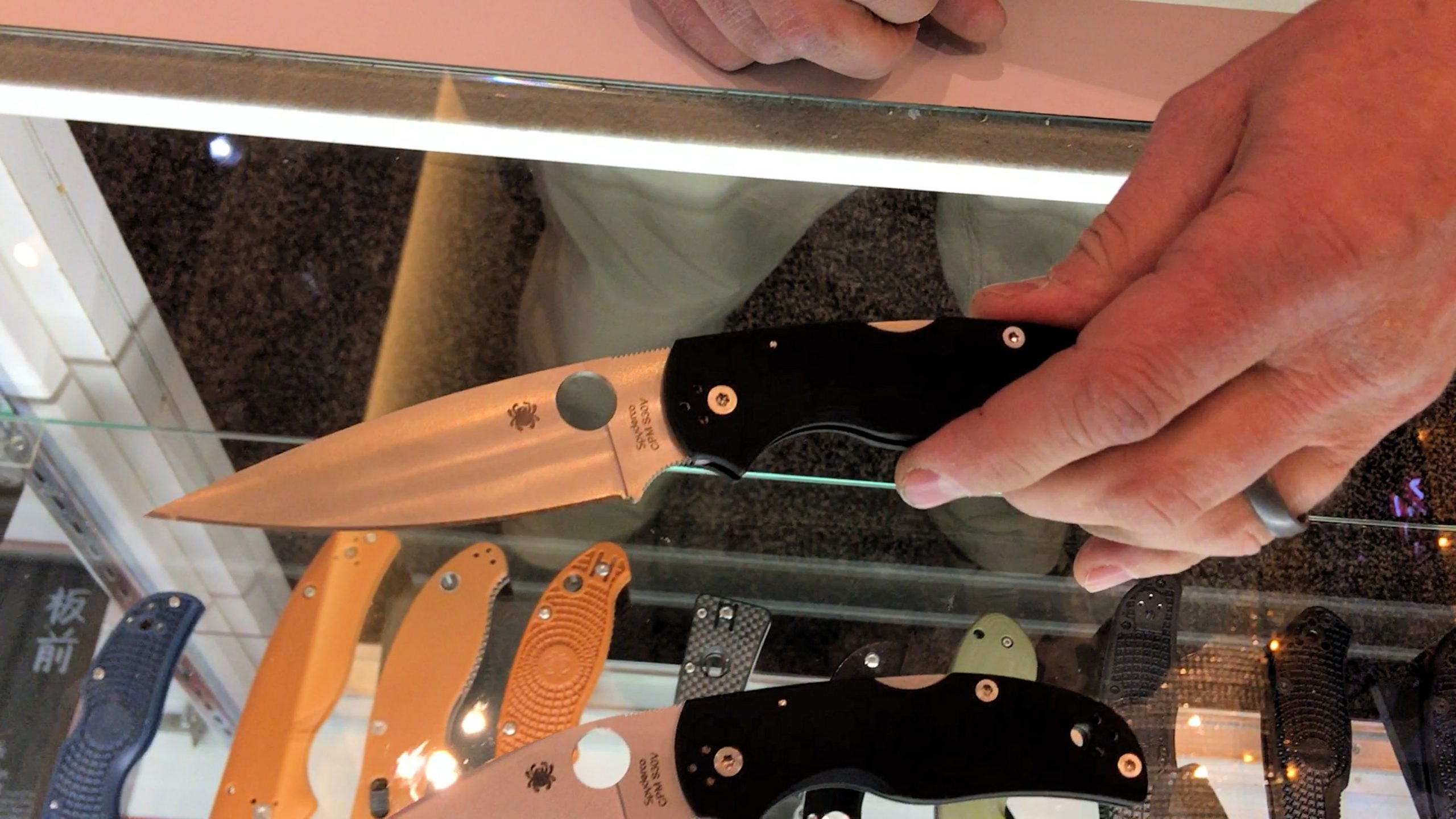 We here at DefenseReview (DR) has been fans of Spyderco Knives tactical folders (folding knives) for many years, now. It all started with their Police and Matriarch-style blades back in the day, but we’ve remained fans to the present day–and our interest was seriously reignited when we got to view and handle the new Spyderco Tropen at SHOT Show 2019. What a knife. 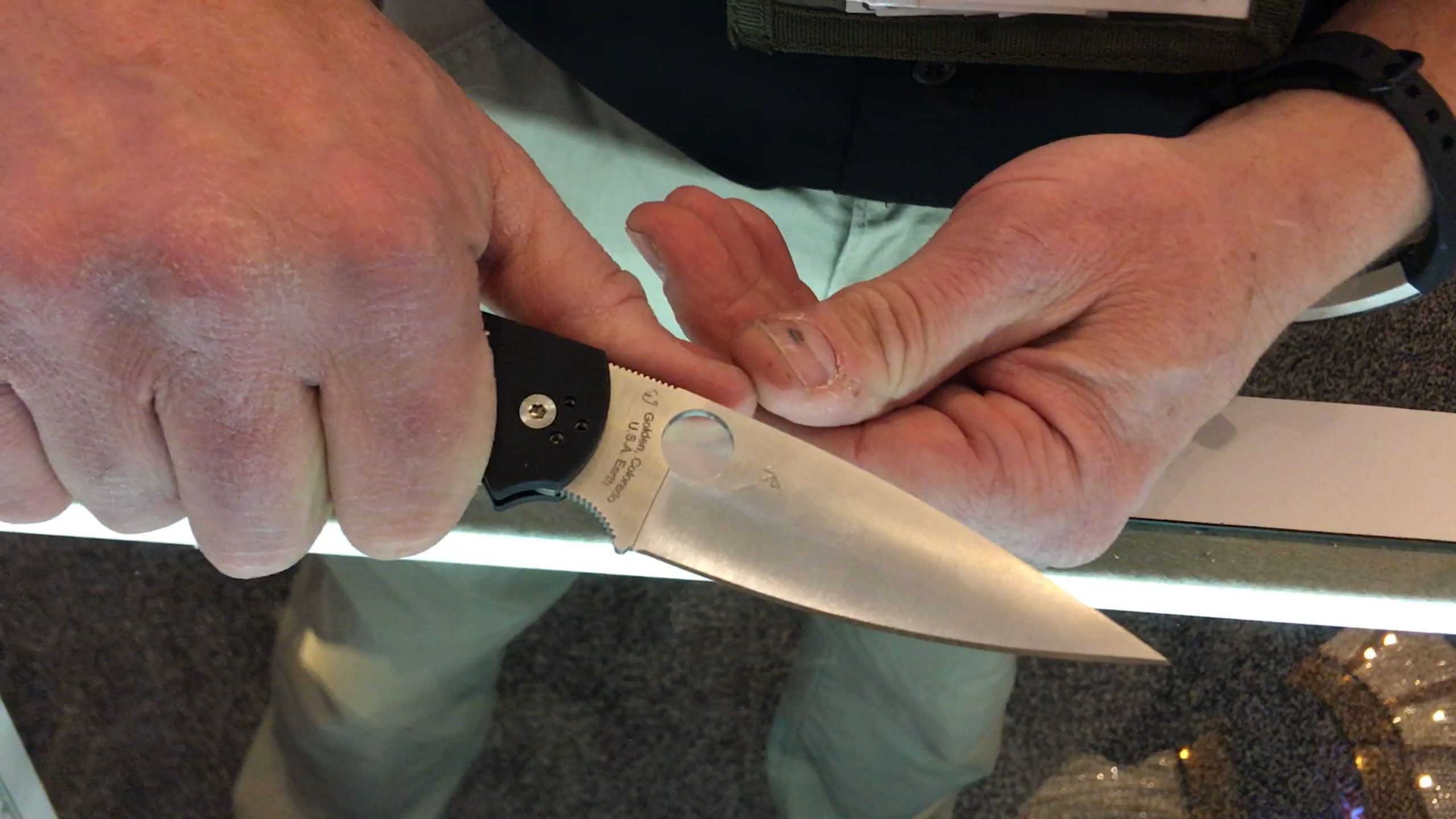 Anyway, our latest Spyderco concealed carry (CCW) tactical folder is the new Spyderco Native Chief, which is essentially a stretched/elongated Spyderco NATIVE 5 G-10 Black. DR’s been carrying a Native Chief for close to a year, now, and we really love it. It’s just a fantastic concealed carry and utility knife, and surprisingly easy and enjoyable to carry, despite it’s rather long 4.08″ blade, and 5.08″ closed length. It’s so thin, light, and comfortable to carry that you can easily forget it’s in your pocket…until you need it, of course. 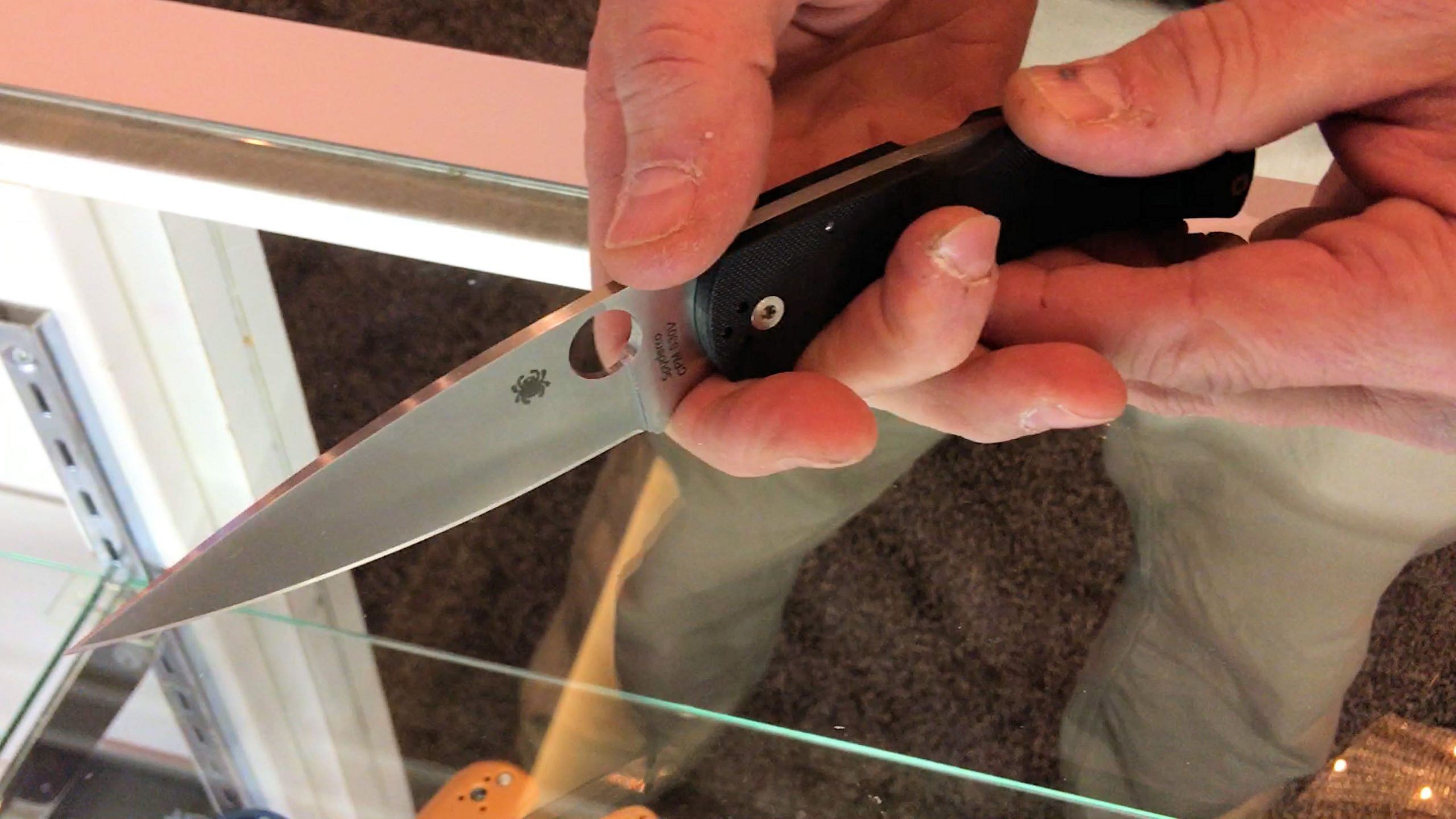 And, when/if you do (need it), it’s rather long blade obviously instills both confidence in the user, and intimidation for the opponent. It just looks big when you deploy it. We’re not saying bigger’s necessarily better, but a little intimidation in a defensive situation can go a long way in dissuading one’s attacker from furthe action. Don’t RELY on it (intimidation factor), of course, but it sure doesn’t hurt, either.

Here’s how the Spyderco website describes the Native Chief: 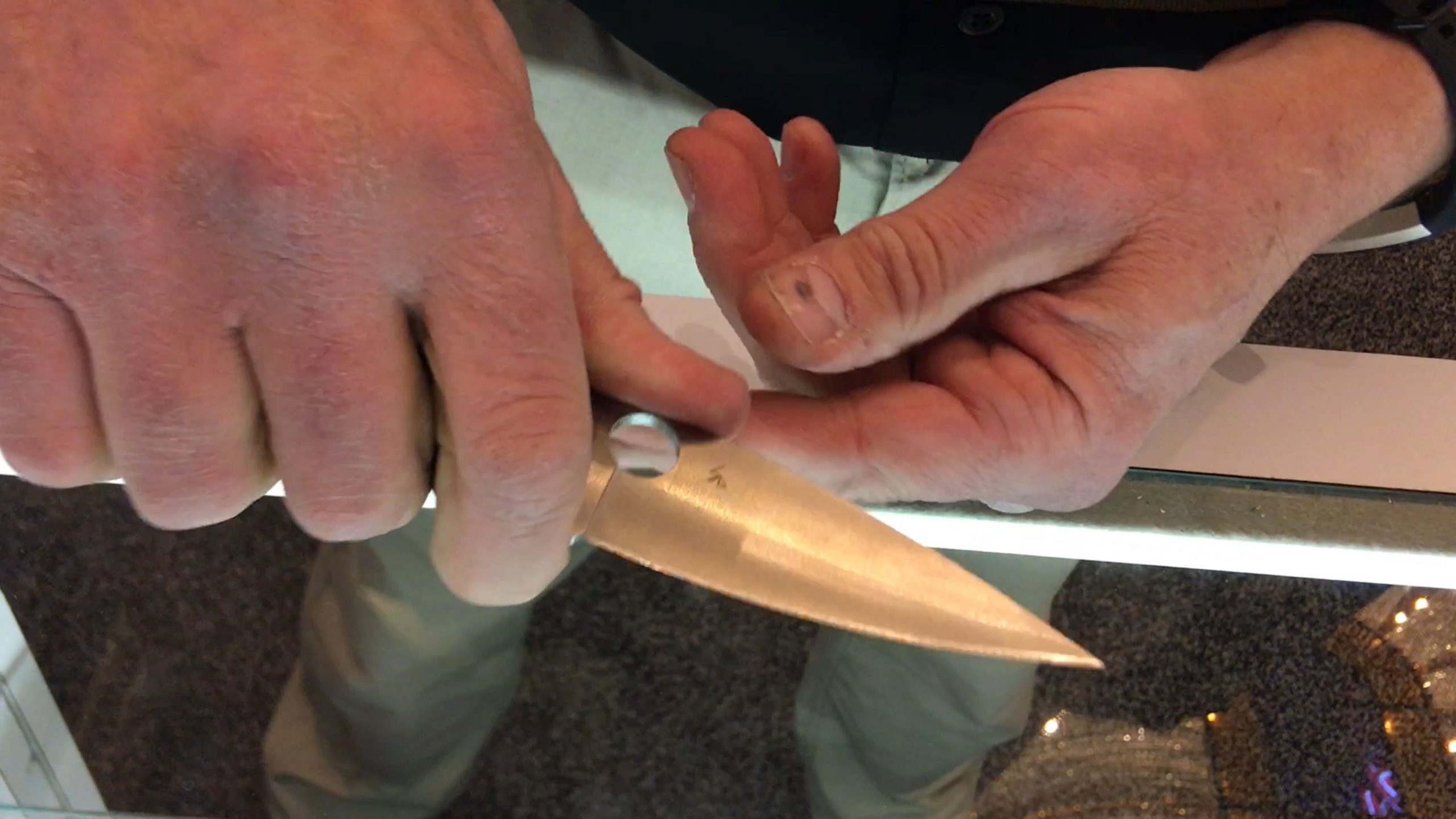 “The Spyderco Native Chief takes the highly evolved, time-tested form of our iconic Native model and stretches it by about one third to create a longer, even more capable cutting tool that is still incredibly slim and pocket friendly. Its full-flat-ground CPM S30V® stainless steel blade includes an index-finger choil and a fully accessible Trademark Round Hole for ambidextrous one-handed opening. 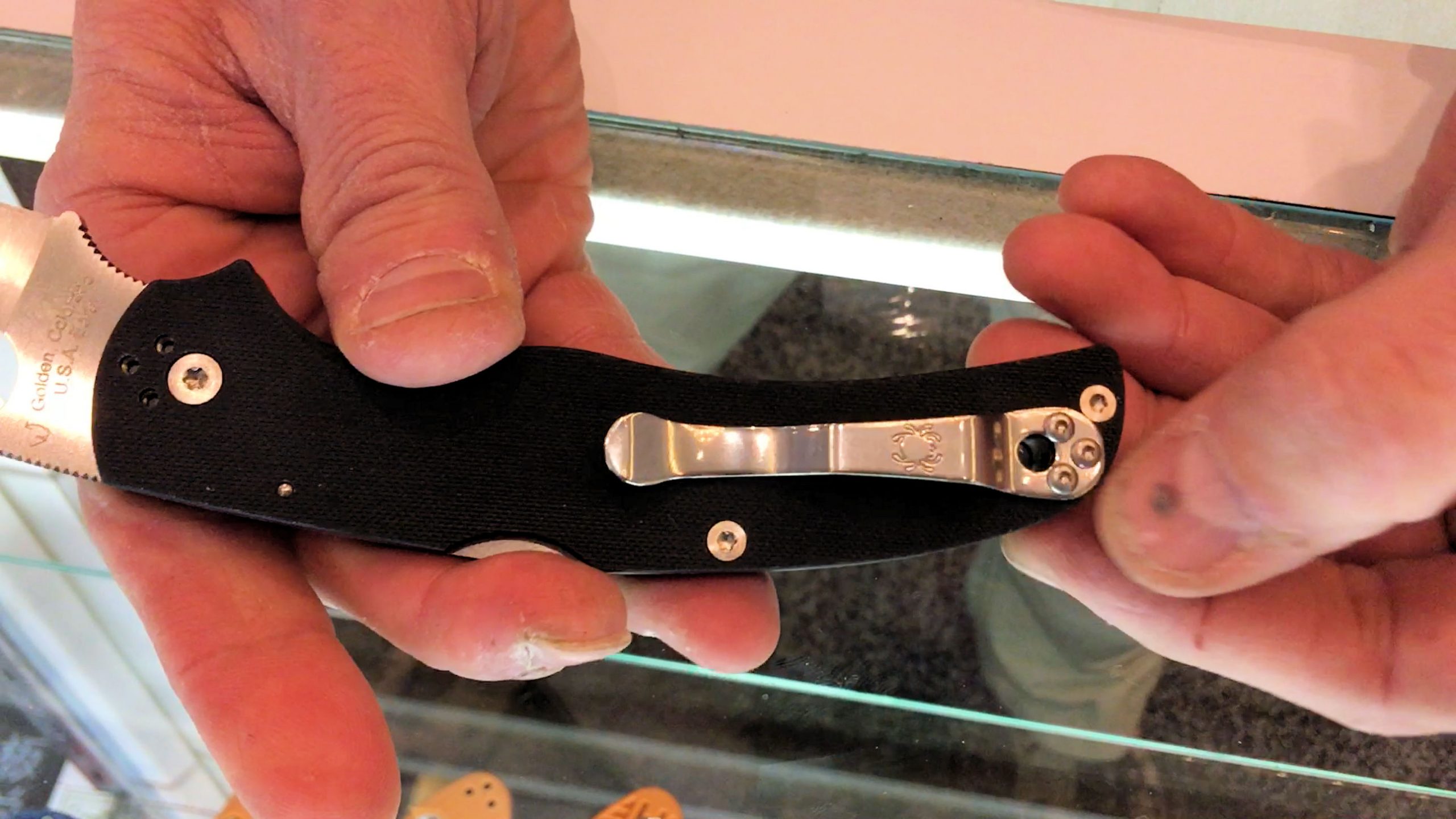 The blade is supported by a linerless handle that includes textured G-10 scales, a stainless steel backspacer, and an ultra-refined, precision-machined back lock mechanism. Four sets of threaded inserts in the scales allow its polished hourglass pocket clip to be configured for tip-up or tip-down carry on either side of the body, and a generously sized lanyard hole easily accommodates fobs and lanyards.” 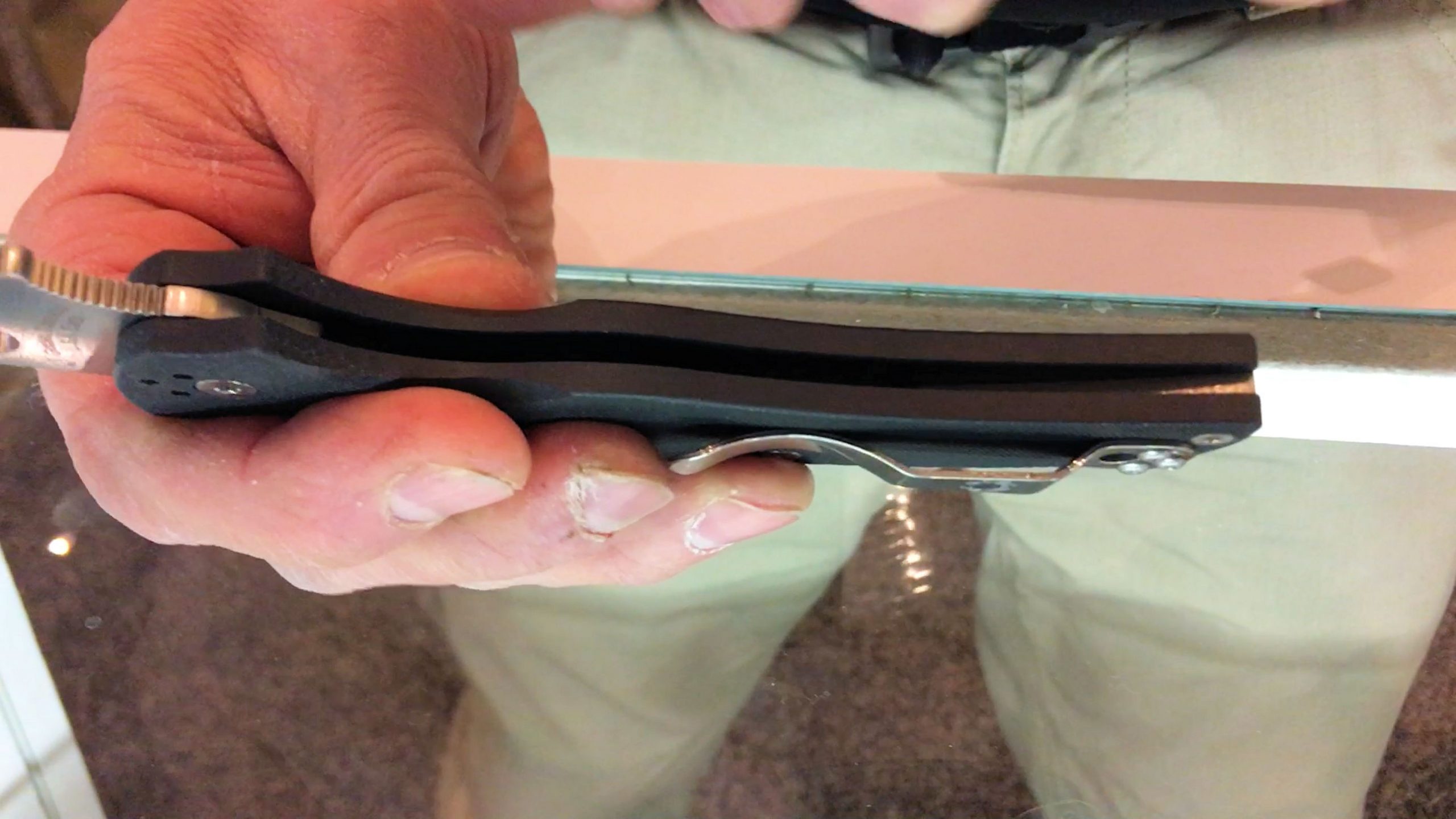 Reads pretty good, right? Well, as nicely as it reads, it carries and lives with you even better. We know this from actually carrying and using it. Not only is the Native Chief super easy and comfortable to carry in your pocket, its CPM S30V stainless steel blade is really sharp, and stays sharp, even after slicing boxes and packages open for months and months. We simply love using it for this purpose, by the way. it’s just a joy to use. 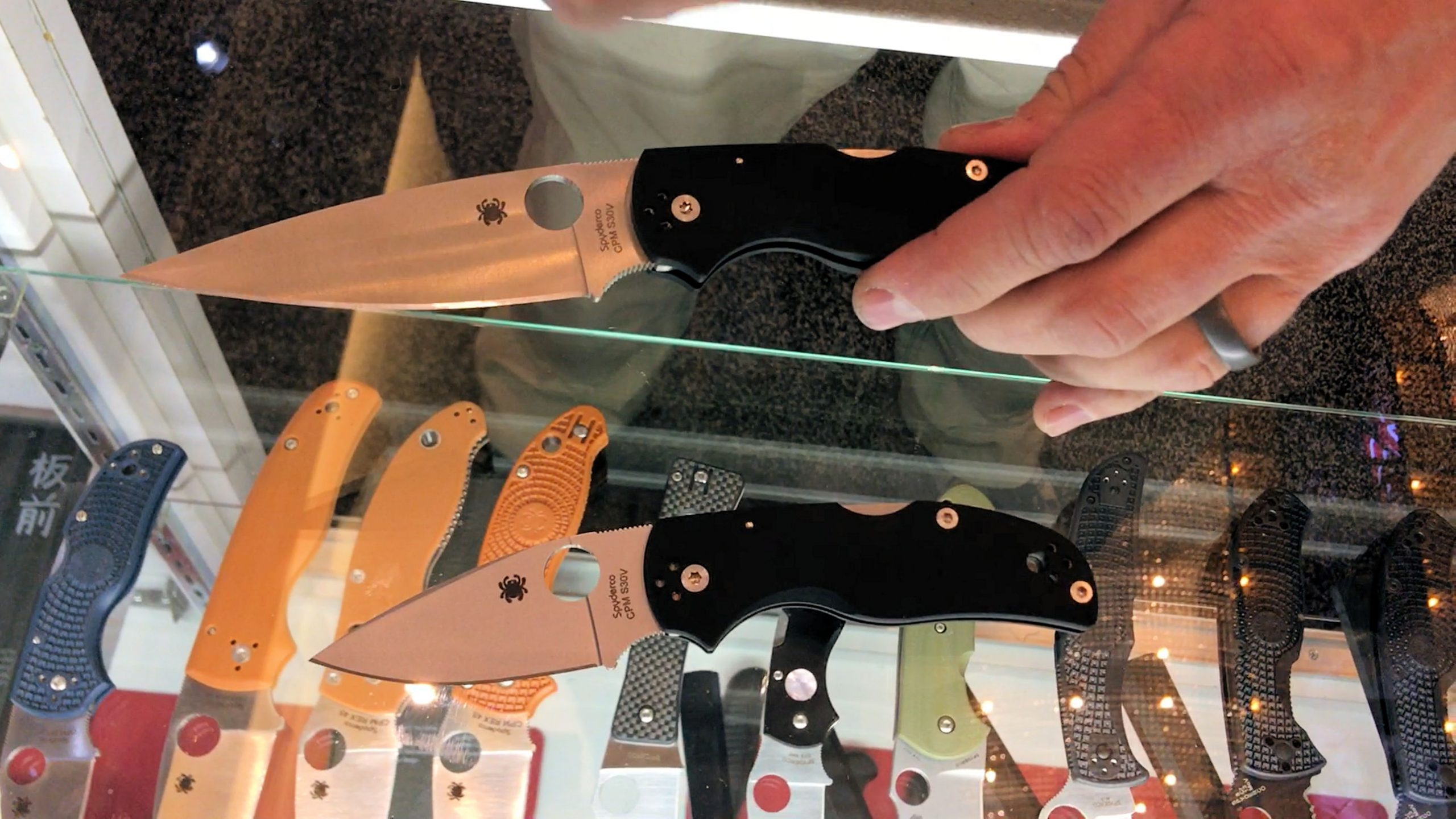 The only issue we’ve had so far, and it’s a minor one, is that we’ve lost one of the screws for the pocket clip after it came unscrewed without us noticing, and we don’t have a small enough hex wrench to properly screw down the remaining two screws. The Native Chief doesn’t appear to come with a mini/micro hex wrench. We’ve checked. So, at the time of writing, we’re at a loss as to how to properly tighten these screws down. In the meantime, we’re just using our fingers.

Regardless, owning and carrying the Spyderco Native Chief tactical folder has been a real pleasure. It’s just a great CCW/utility knife, and DR really digs it, and thus highly recommends it.

Btw, Defense Review stopped by the Spyderco Knives booth at SHOT Show 2020, and we asked Michael Janich to take us through all the important aspects and attributes of the Native Chief on video. Fortunately, Mr. Janich said yes, and you can watch the video below. We really appreciate the time he spent with us. Anyway, enjoy: 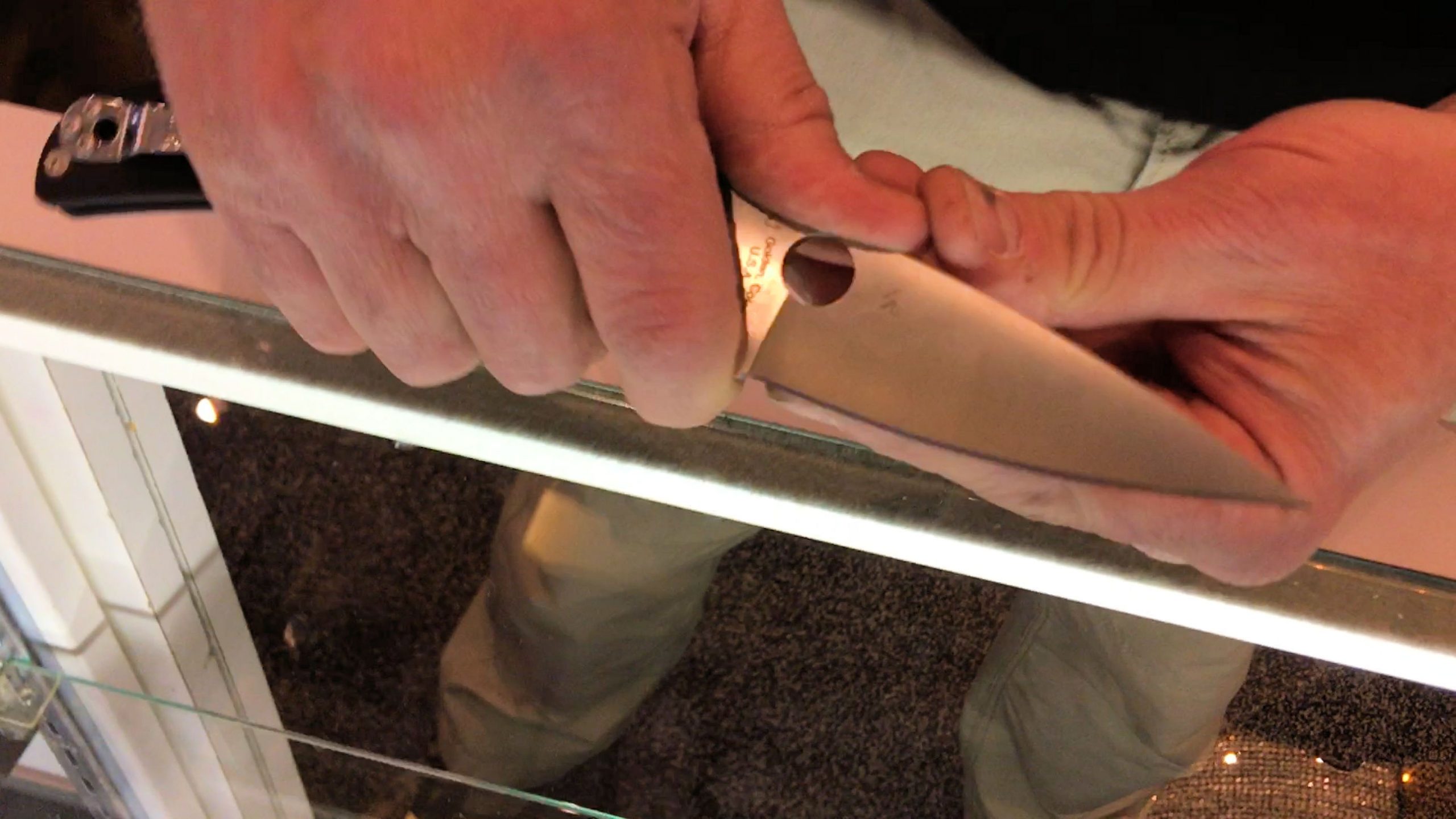 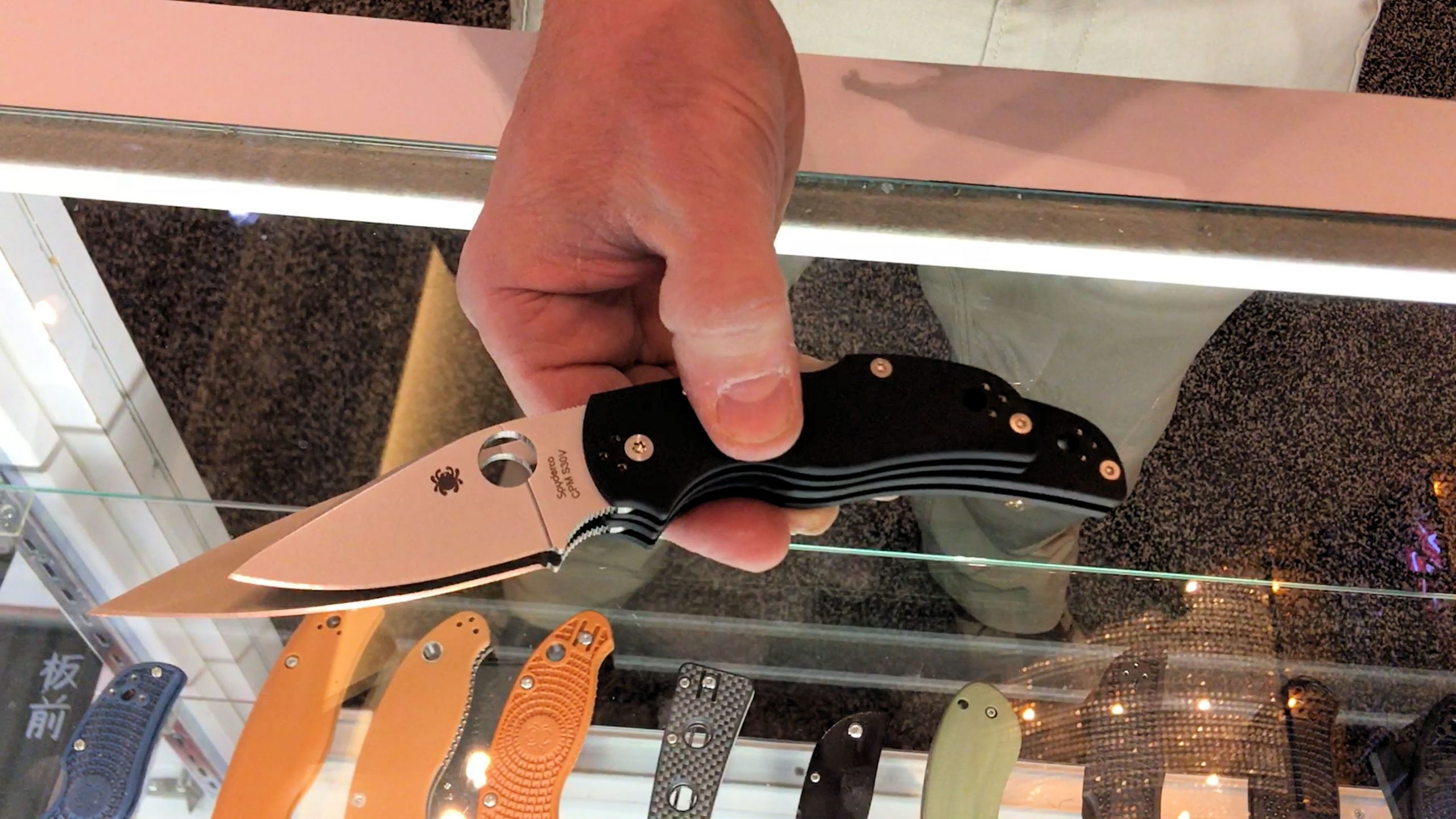