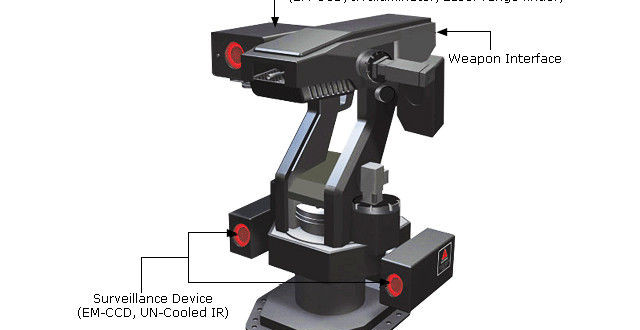 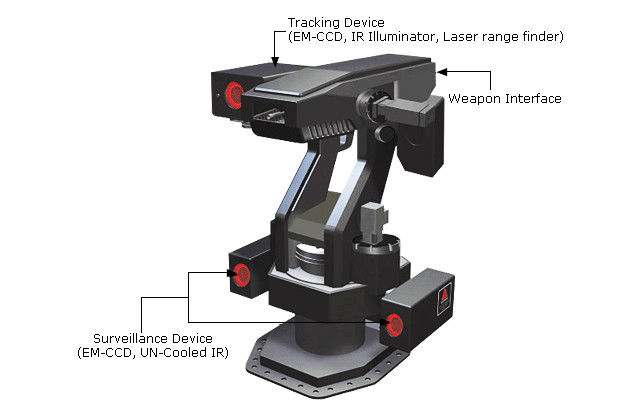 Well, it sure took them long enough. DefenseReview (DR) first reported on the Samsung SGR-A1 robot sentry (or “sentry robt”) remote weapons station (RWS) prototype almost eight (8) years ago (back in November 2006), now, but Drudge Report just linked to ubergizmo’s article on the new, improved and ready-for-primetime model that may finally be making its debut on the demilitarized zone between North and South Korea in the near future.

The all-weather SGR-A1 sports EM-CCD and uncooled thermal/IR (InfraRed) cameras for threat detection, an EM-CCD IR illuminator and laser rangefinder for tracking and targeting, and a weapons interface for a 5.56mm NATO (5.56x45mm NATO)/.223 Rem. rifle and an optional multiple grenade launcher (MGL), most likely a 40mm MGL (unconfirmed/unverified). The company is claiming that the Samsung SGR-A1 sentry robot can “identify and shoot a target automatically from over two miles (3.2 km) away,” which, if true, is impressive, although it would seem that a heavier-caliber rifle like a .338 Lapua Magnum (or .338 Norma Magnum) or .50 BMG machine gun would be the superior choice for that engagement envelope.

Btw, ubergizmo’s reporting that if the SGR-A1 can see it, it’s going to target and kill it, friend or foe.

As it stands, the reported cost on the SGR-A1 is approximately $200,000 USD, which, while a lot more than the uber-cool, civilian-legal Samsung Smart HU9000 UHD TV, isn’t that bad, considering its purported capability.