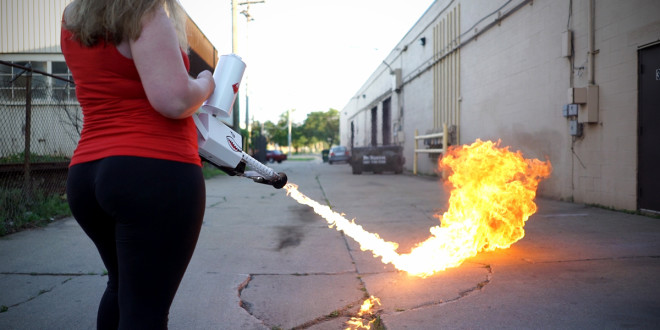 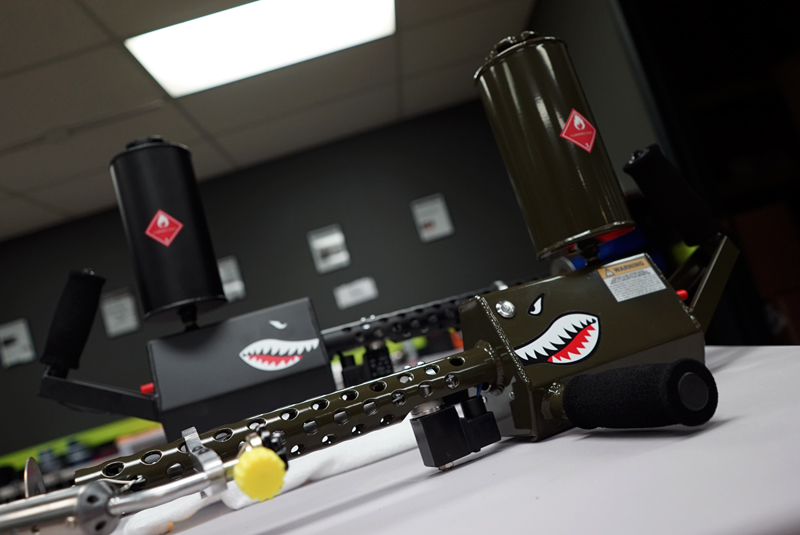 We here at DefenseReview (DR) have always been big fans of flamethrowers, particularly for cave and structure clearing. Well, earlier this summer, an outfit called The Ion Productions Team introduced the XM42 Handheld Flamethrower, and it may just be one of the coolest things ever. DR would love to have one, just as an object, as an example of simple-yet-utilitarian industrial art to hang on our wall. However, if the videos we’ve seen aren’t some kind of elaborate hoax, this thing actually works. And, since it apparently works, we’d REALLY like to try one out in a safe location (perhaps while wearing a fireproof suit). Of course, that’s easier said than done. After all, this thing shoots liquid fire, and will light anything flammable. So, your testing location options are probably limited to large parking lots and deserts. 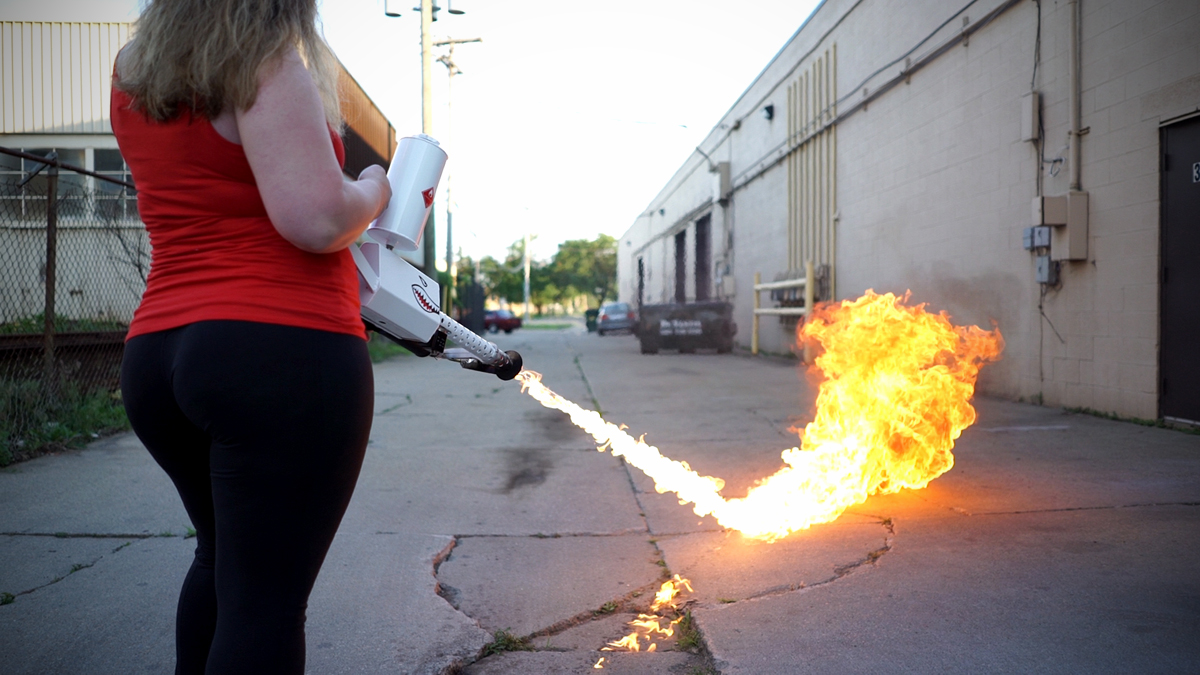 The XM42, billed as “the world’s first commercially available handheld flamethrower, does away with the traditional flamethrower tank backpack and flexible hose, and places the tank directly atop the solid metal gas tube/”barrel”, towards the rear, of course. Visually, the XM42’s design looks pretty solid, not that we’re experts. The design apparently came together earlier this year after “a new spark ignited the flame, “CAD drawings were completed”, “bills of materials were made”, and “internal components were ordered”. Then, it was up to local machinists to actually manufacture the XM42’s numerous prototypes’ component parts.

The current production model isn’t the final iteration of the XM42 Handheld Flamethrower, either. The Ion Productions Team is “continually working to improve the design”, and their goal is to “ensure they produce the most efficient, reliable, and safe product possible.”

Sounds good to us. The Ion Productions Team isn’t big on media communications, but Defense Review will try to get them to make an exception for us and obtain some more in-depth info on the XM42’s design and development anyway. In the meantime, take a look at the videos below, and enjoy the flamethrowing badassery. DR certainly did. 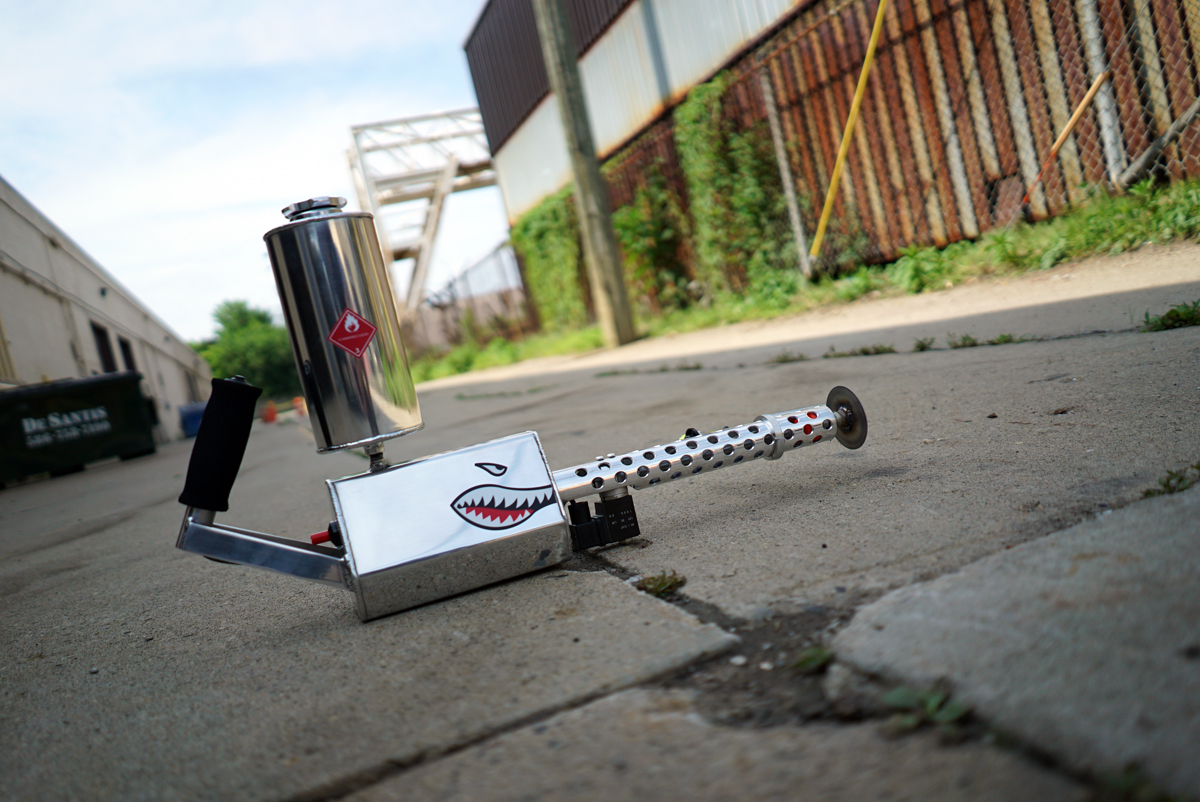 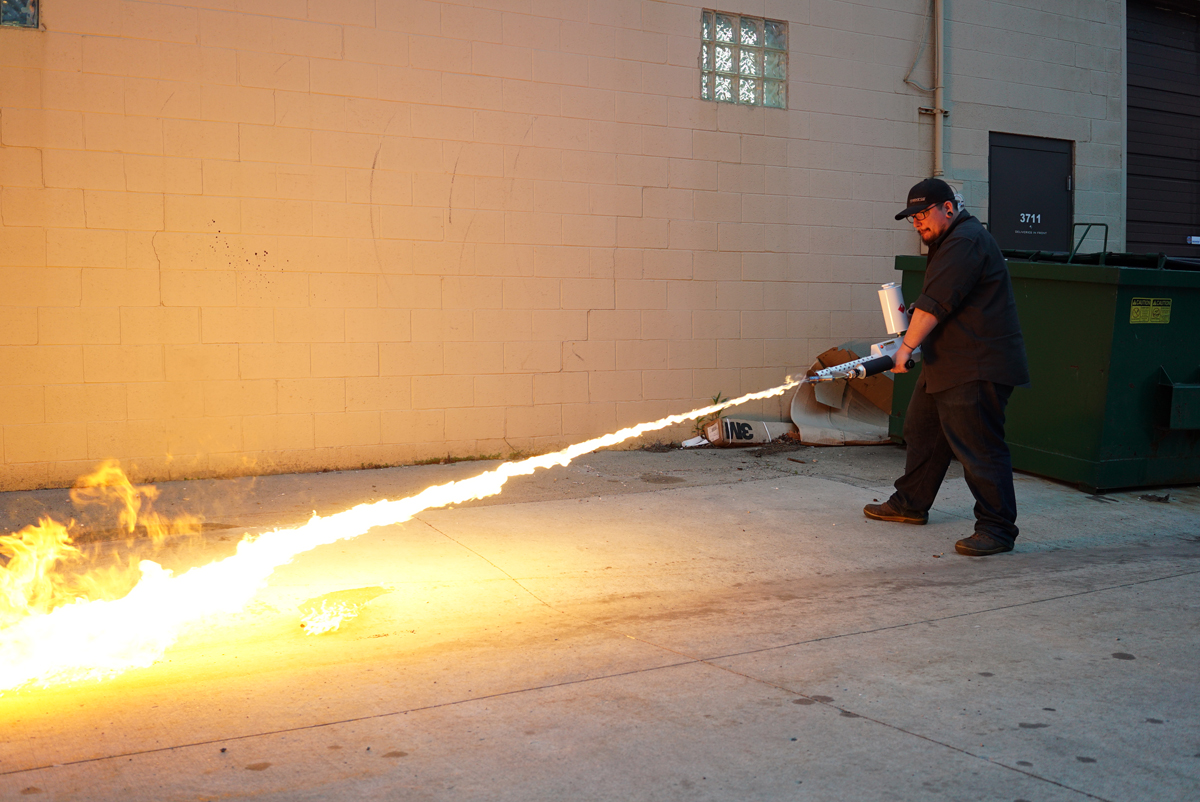 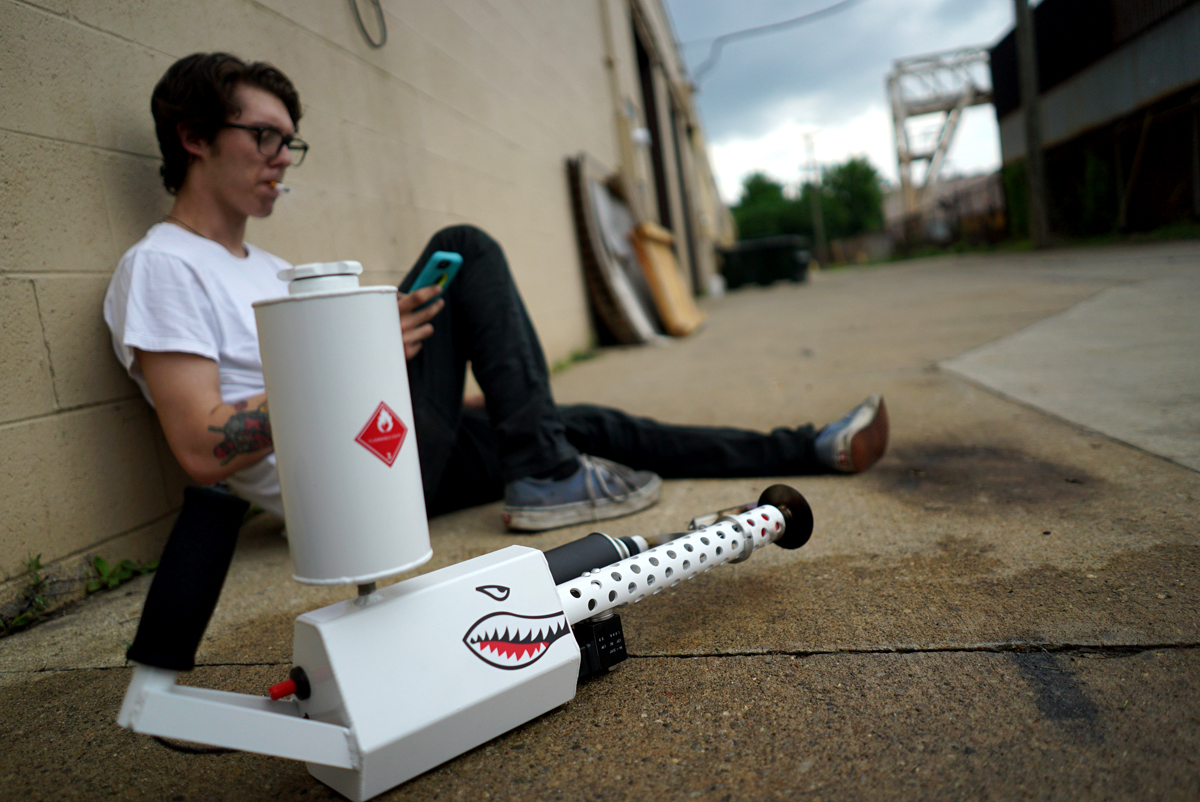 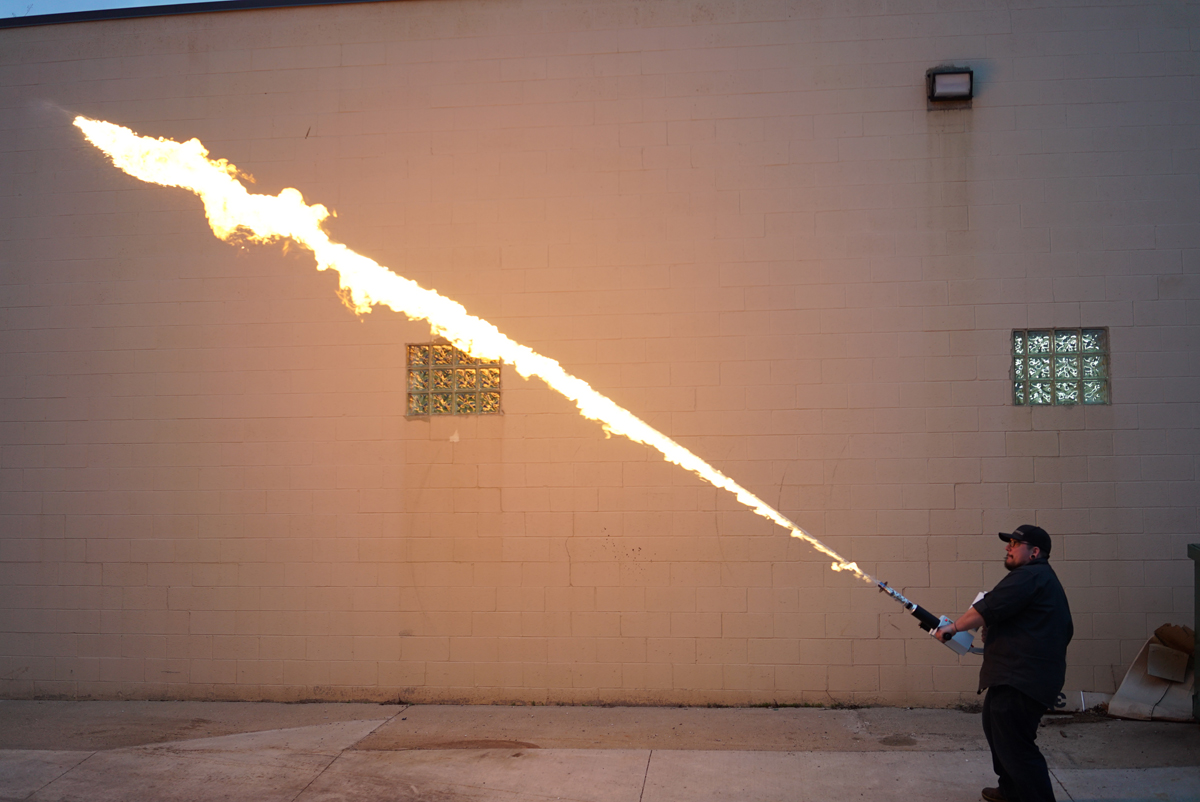