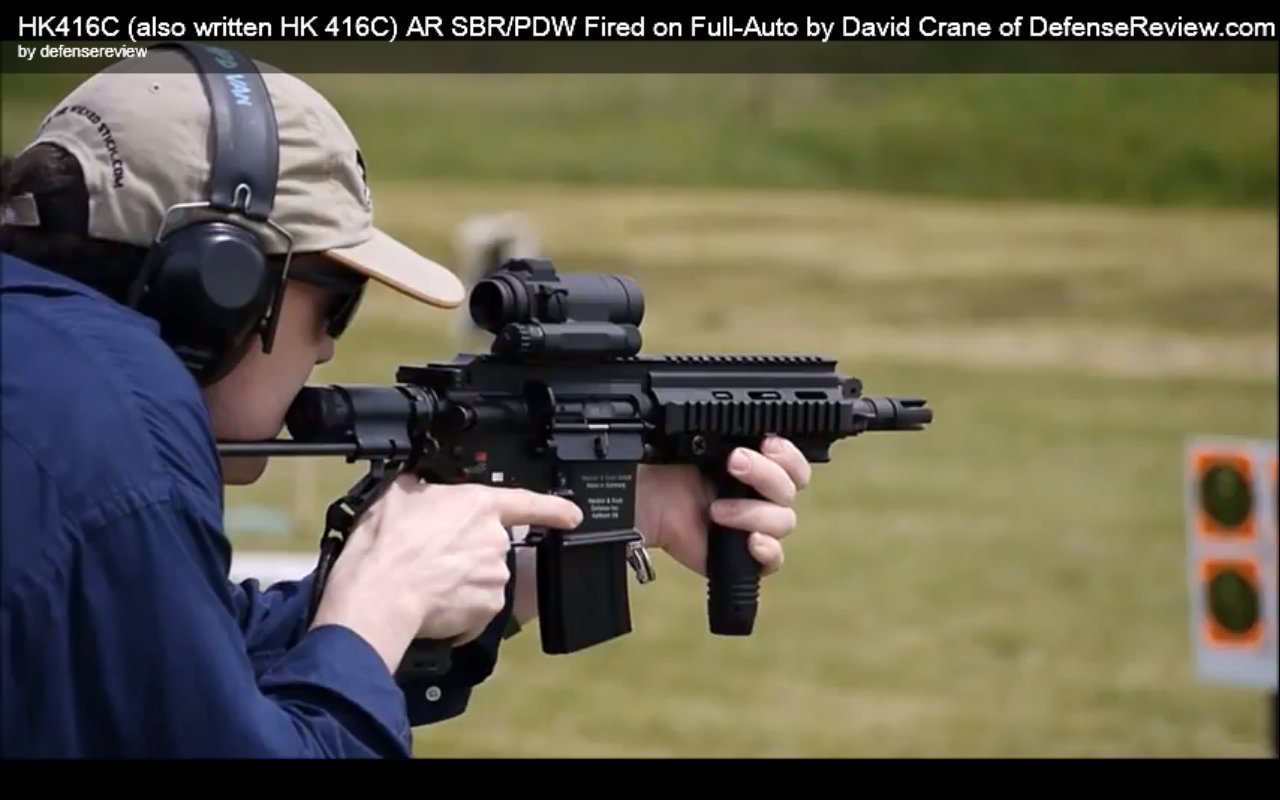 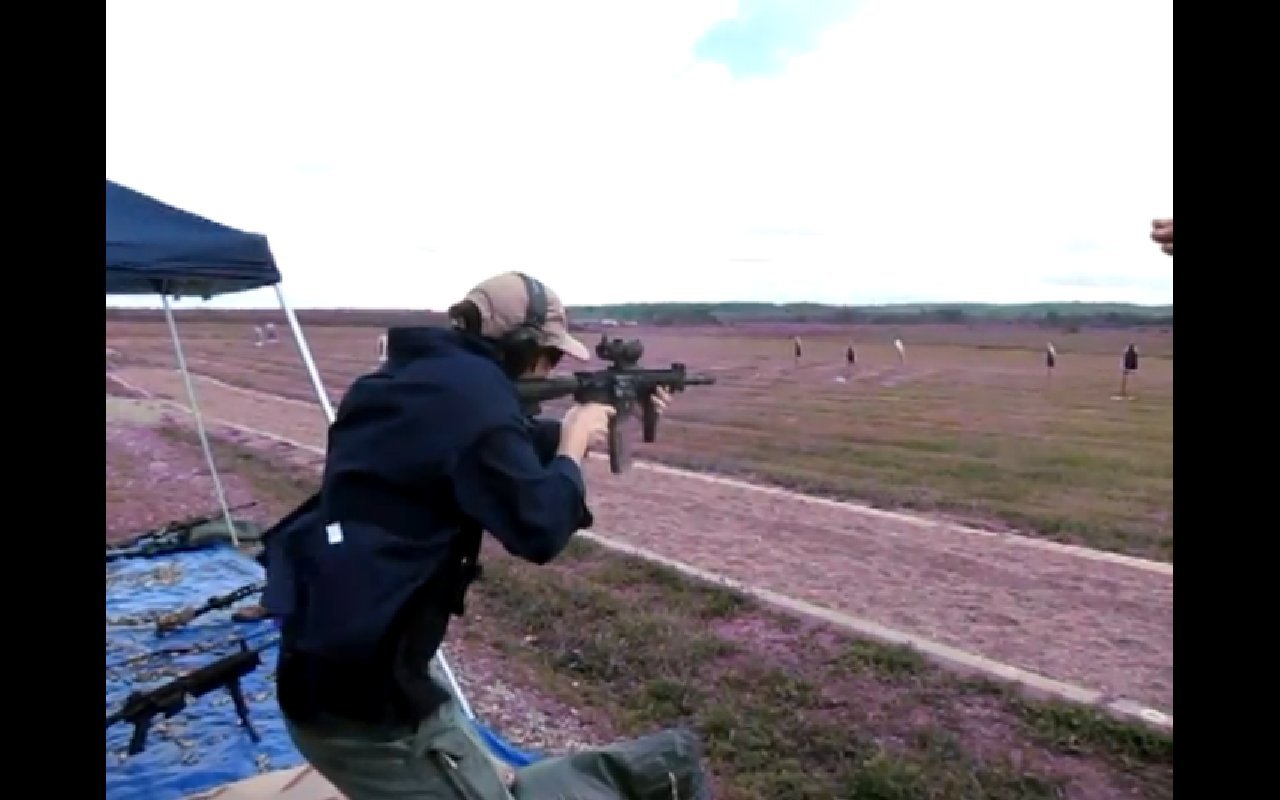 Army Times recently published an article with the somewhat misleading title "Colt, S&W among those out of carbine bidding". The reason it's a bit misleading is that it would appear by author Lance Bacon's (Lance M. Bacon) own admission that Colt's piston AR design is currently still in the running for the the Individual Carbine (IC) program, and DefenseReview (DR) has already heard from U.S. military contacts that Colt's "Enhanced M4/M4A1 Carbine"/IC concept is the Colt APC (Advanced Piston Carbine) system, now also referred-to as the Advanced Piston System (APS), which utilizes an articulating link piston (ALP) that the company claims "reduces the inherent stress in the piston stroke by allowing for deflection and thermal expansion." .

The Individual Carbine and M4/M4A1 Upgrade/Improvement program constitute the two parts of a "dual-path strategy" for improving on the Colt M4/M4A1 Carbine, either through replacement or upgrade. Ultimately, they'll be pitted against each other in the U.S. military infantry small arms face-off equivalent of "Celebrity Death Match", but Army officials are betting on the IC winning out. 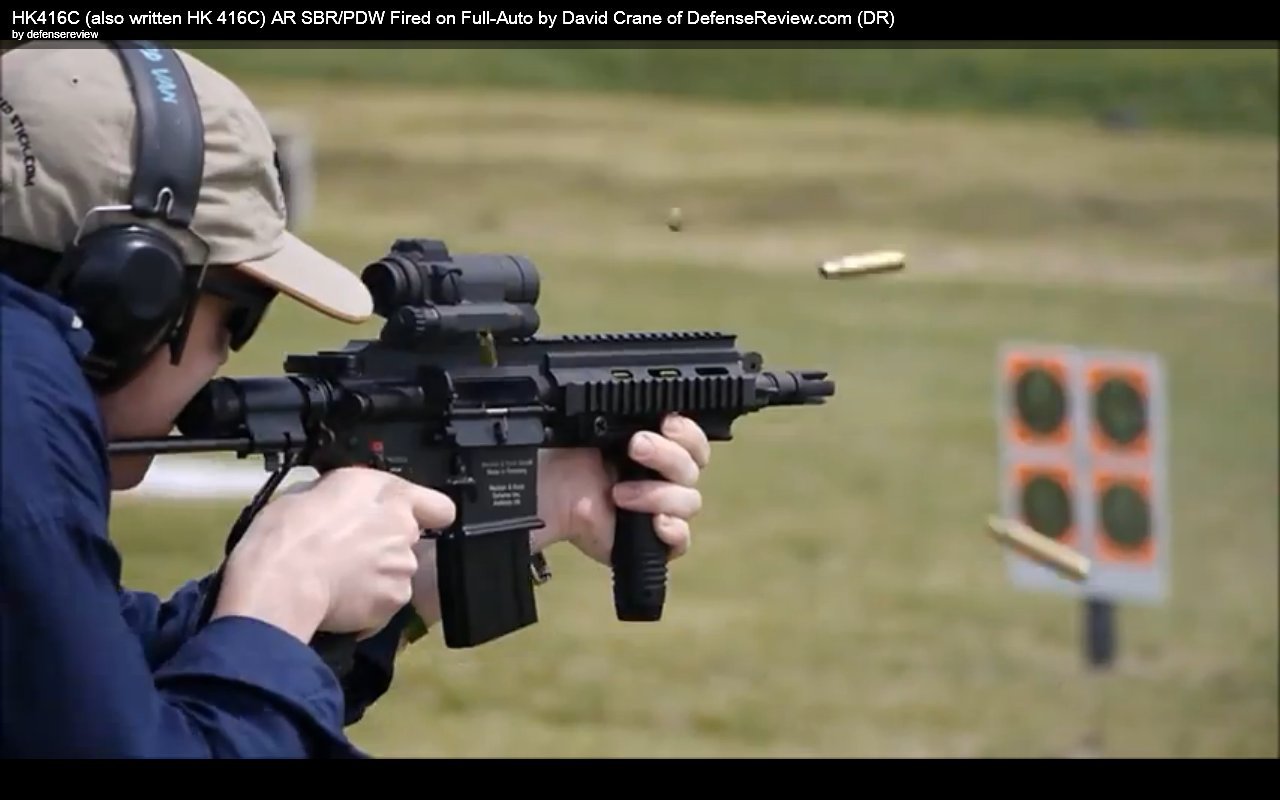 Whichever way the Army goes, a gas piston/op-rod (push-type operating rod)-driven AR (AR-15) is the most likely way forward and perhaps the best way forward at this point, since it would theoretically allow for the adoption and fielding of a single AR weapons platform for both U.S. Special Operations Forces (SOF) and general infantry forces, and both would appear to prefer the AR weapons platform over a non-AR platform like the SCAR platform for a 5.56mm NATO (5.56x45mm NATO) carbine/SBR (Short Barreled Rifle)/sub-carbine or ACR. The AR platform is also completely familiar to general infantry personnel, which is important.

A piston AR would provide SOF personnel with a familiar and highly-ergonomic weapon system that can be fired safely immediately upon coming out of the water during over-the-beach ops and that can be run at higher round count in adverse combat conditions with less cleaning and lubrication vs. a DGI system that cannot be safely fired immediately upon coming out of the water (unless it's a SIG SAUER SIG M400 Series Tactical Rifle/Carbine variant, the only known exception) and must be cleaned and lubricated more frequently. DR still likes DGI ARs, but giving SOF a weapon system that will run reliably and safely in ALL combat environments (including waterborne environments) for extended periods with minimal cleaning and lubrication requirements and can give the operators some enhanced waterborne and adverse-conditions capabilities is probably a good idea, provided the weapon still achieves acceptable combat accuracy and durability. Issuing SOF and general infantry forces the same weapons platform and operating system is probably another good idea from a training, morale, and long-term cost standpoint.

So, while Defense Review previously speculated (back in early February, 2011) that a mid-length direct-gas-impingement (DGI) AR was the more likely way forward for the Army, it now appears that piston/op-rod operation is in the Army's 5.56mm future, and we're making an educated guess that the new weapon will be a piston AR. In that same piece, we also thought the M4/M4A1 Carbine upgrade/improvement program was the more realistic and likely survivor between the two programs/competitions, but we may be wrong there, too, if U.S. Army brass are saying that IC is much more likely to win. Time will tell.

Until then, DR will try to stay on top of this thing. 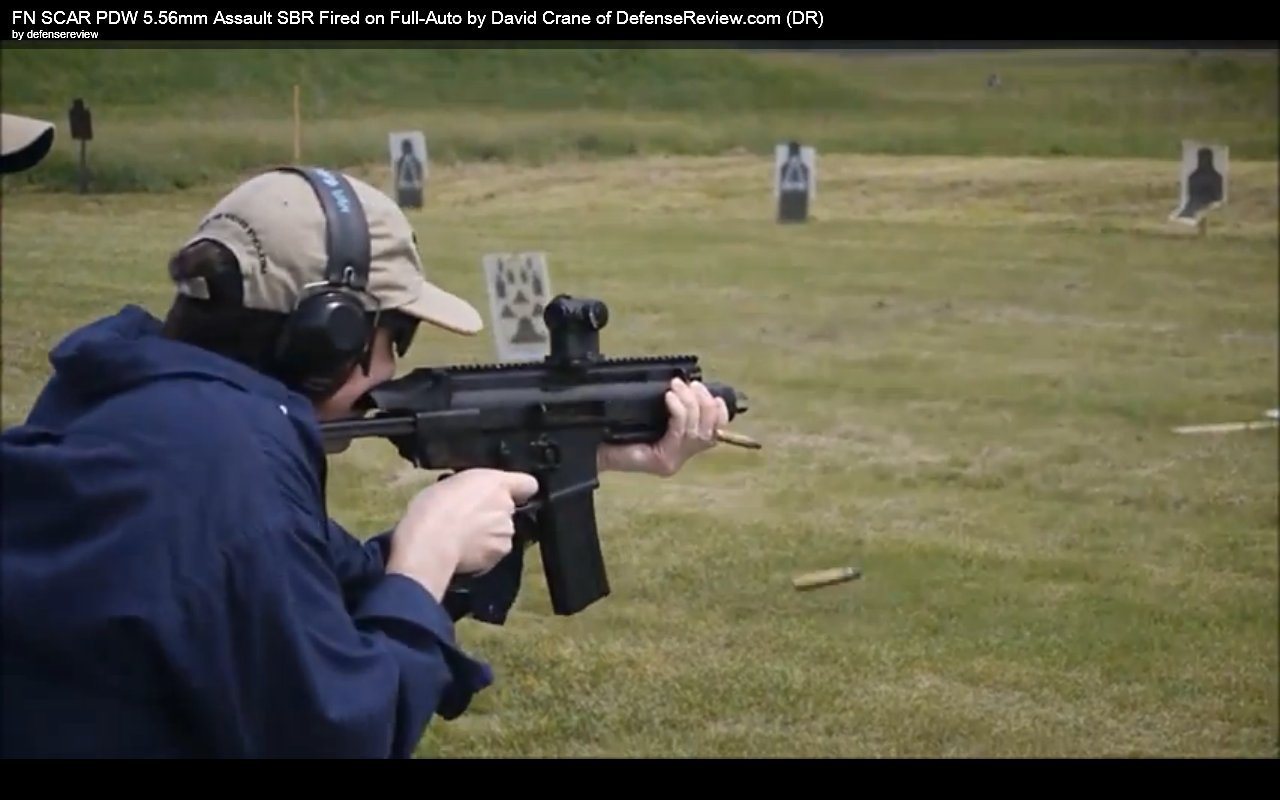 By the way, speaking of piston AR's, Heckler & Koch claims that the HK416 (also written HK 416) piston system design variant they're competing is "far improved", but the Colt Defense "Enhanced M4" design will be tough to beat. In the Army Times piece, Bacon wrote the following:

Do not confuse the Enhanced M4 with the M4A1. The weapon is suppression ready, has a fluted barrel for less weight and better cooling, and has shown “markedly better” accuracy than the current M4, said the official, who spoke on condition of anonymity. Internal mechanisms have also been changed to increase durability and reliability. Notably, Colt went with a piston system.

Colt Defense is also a U.S. company and has an excellent QC (Quality Control) record on the Colt M4/M4A1 Carbine.

The FN Mk16 SCAR-L (SCAR-Light), Adcor B.E.A.R. and Remington ACR (Adaptive Combat Rifle) 5.56 carbines are also reportedly still in the running, but in DR's opinion, are unlikely to win. We're guessing it will most likely come down to the Colt "Enhanced M4" and "far improved" HK416 variant.

Whichever design wins will have to run reliably and durably with a steady diet of M855A1 EPR (Enhanced Performance Round) "Green Ammo", which apparently currently utilizes a "filthy" type of ball powder. Each competing manufacturer was provided with 10,080 rounds (six cases worth) of M855A1 this spring in order to fine-tune their guns to operate reliably with it at high round count. This dirty aspect of the new ammo only reinforces DR's belief that a gas piston/op-rod carbine system (most likely an AR carbine system), is in the Army's future, rather than DGI operation.

Under "Secondary development tests", Bacon discusses enhanced weapon/ammo system lethality and sustained-fire-without-cookoff capability. He writes, "Incapacitation is key here as the weapons must score kills in as few shots as possible." This is basically just a continuation of his "Development tests" description in his July 9 2011 Military Times article titled "The Army sets its sights on its next carbine".

If the Army is serious about this, they'll at least consider adding the Ferfrans RRS/DSAS (Rate Reduction System/Delayed Sear Activation System) bolt carrier group (BCG) to the package to reduce the weapon's cyclic rate of fire (ROF) below the 700 RPM threshold, thus improving full-auto controllability, which will in turn increase the hits on target and lethality, and ultimately weapon durability/lifespan, since it will reduce heat and stress on the weapon during both semi-auto and full-auto firing.

If the Individual Carbine program makes it to the acquisition/procurement stage, three vendors will each produce a maximum of 178,890 carbines, for a total of 536,670 carbines.

Under "Limited user evaluation", Bacon writes about how co-ed teams of 16 soldiers will "determine each weapon’s probability and quality of hit, time of first trigger pull and mobility/portability in an operational environment. Tests will include short- and long-range engagements, as well as close-quarters battle. Stationary, multiple and moving targets out to 600 meters will be used. Target exposure times will vary by range from 1.5 to 8 seconds." Bacon first wrote about this in his aforementioned previous Military Times article.

If all goes as planned (and that's a big "if", right now), the Army will have itself a new carbine in approximately three years, and that carbine will most likely be a piston-driven AR.

U.S. Army Issues New “Individual Carbine” Draft RFP (Request For Proposal): How will the Army’s Next Carbine Improve on the Colt M4/M4A1 Carbine, and will it still be an AR? DR has some ideas…

David Crane started publishing online in 2001. Since that time, governments, military organizations, Special Operators (i.e. professional trigger pullers), agencies, and civilian tactical shooters the world over have come to depend on Defense Review as the authoritative source of news and information on "the latest and greatest" in the field of military defense and tactical technology and hardware, including tactical firearms, ammunition, equipment, gear, and training.
Previous DR just got back: Fresh articles on the way, and we hope you had a great Thanksgiving holiday!
Next INFORCE WML White/IR (Visible/Infrared) Multifunction Weapon Mounted Light/Tactical Weapons Light for Tactical Rifle/Carbine/SBRs: Sleek and Sexy, but is it Ready for Prime Time?