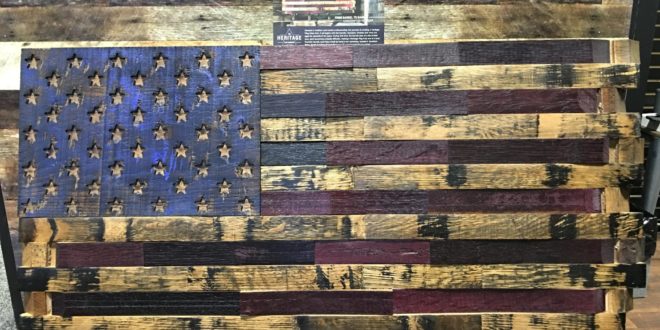 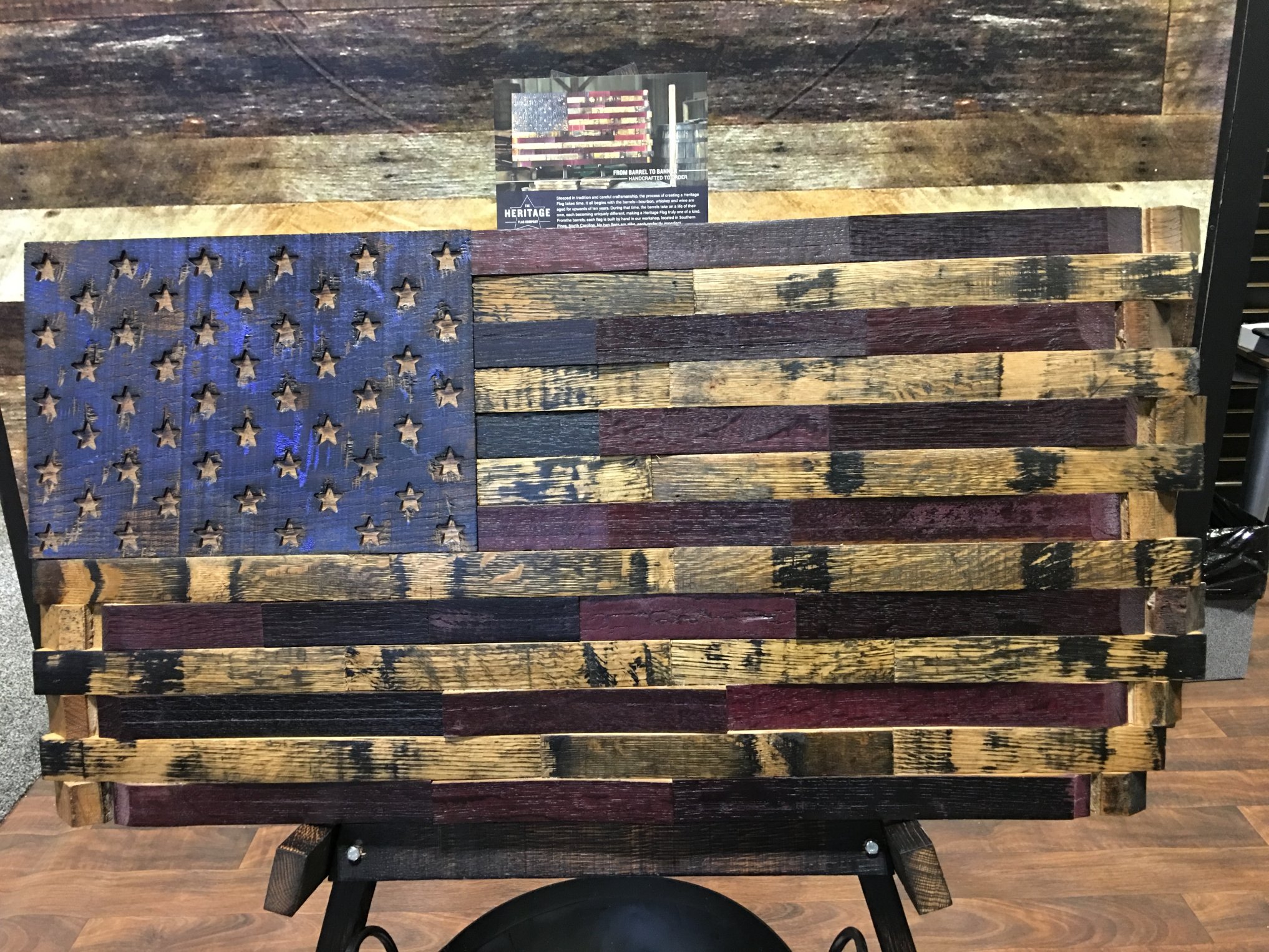 Speaking of the 4th of July/Independence Day and American exceptionalism, DefenseReview (DR) recently posted some photos of these items on our Instagram page after having come came across them a few weeks ago at SOFIC (Special Operations Industries Conference) 2016. The items we’re discussing are bourbon whiskey barrel wood American flag art pieces made by The Heritage Flag Company out of Southern Pines, North Carolina, and they’re as distinctly American as Charles Bronson, Clint Eastwood and John Wayne fighting the Russians together with tactical AR (AR-15) carbines while drinking beer and driving a Ford or Chevy pickup truck (or Corvette, Mustang, or Jeep), all while “Panama” by Van Halen is blaring from the speakers. I’m talking some serious MERICA, here.

The company was founded by Heath Trigg of Southern Pine Woodworking in 2014, and resulted from a dream Trigg had while he was working on a building job for a local brewery. That dream inspired Trigg to make a surprise flag for th brewery’s grand opening using the same bourbon whiskey barrel wood he’d just used to build their tasting bar (and from which their beer aging barrels were made). Apparently, the local folks really dug the flag, and the rest is history. A new (patriotic) company was born. 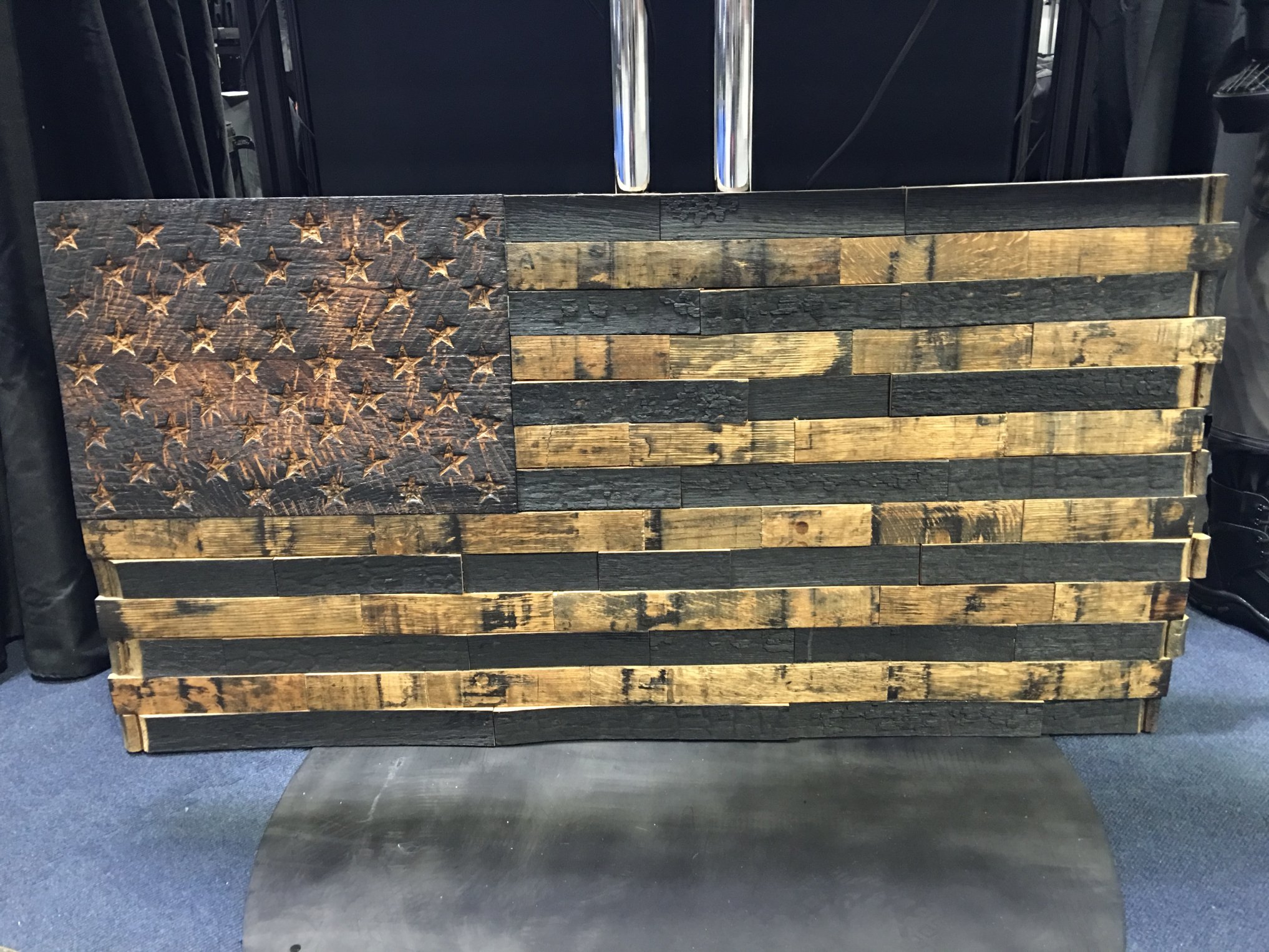 Cut to SOFIC 2016, where the rather striking-looking Heritage Bourbon Whiskey Barrel American Flags caught our attention. DR really liked the pieces we saw at both the GSS Gear (Global Supply Solutions) and S&S Precision booths at the show. The flags are rustic and worn looking with their old, distressed wood, and the jagged ends of the individual stripes along the right side of the flag are an interesting touch that only add to the effect. You’ll notice in the embedded photos that the piece at the piece at the S&S Precision booth was accompanied by some pretty sick S&S Precision custom skateboards that were done in a Vietnam-era Tigerstripe (also written “Tiger Stripe”) combat camo (camouflage) paint scheme with vintage artwork on them. You can see them in the accompanying photos.

The Heritage Whisky Barrel Wood American Flags are my BY Americans FOR Americans (and everyone else, I guess), and they’re worth a serious look if that kind of thing interests you. It definitely interests us. And, frankly, I think it would have interested Mr. Bronson, too. I think he would’ve really liked these things–not as much as as shooting bad guys, perhaps–but he would have liked them.

Defense Review may just have to acquire one of these things for our office at some point.

Editor’s Note: If you’ve never heard “Panama“, or haven’t heard it it a good long while, take a listen. Shit really holds up, and it’ll most likely make you feel better. Reagan era, baby. Actually, while you’re at it, you might as well listen to “Jump“, “Running with the Devil“, and “Ain’t Talkin’ Bout Love“. You’ll be glad you did. 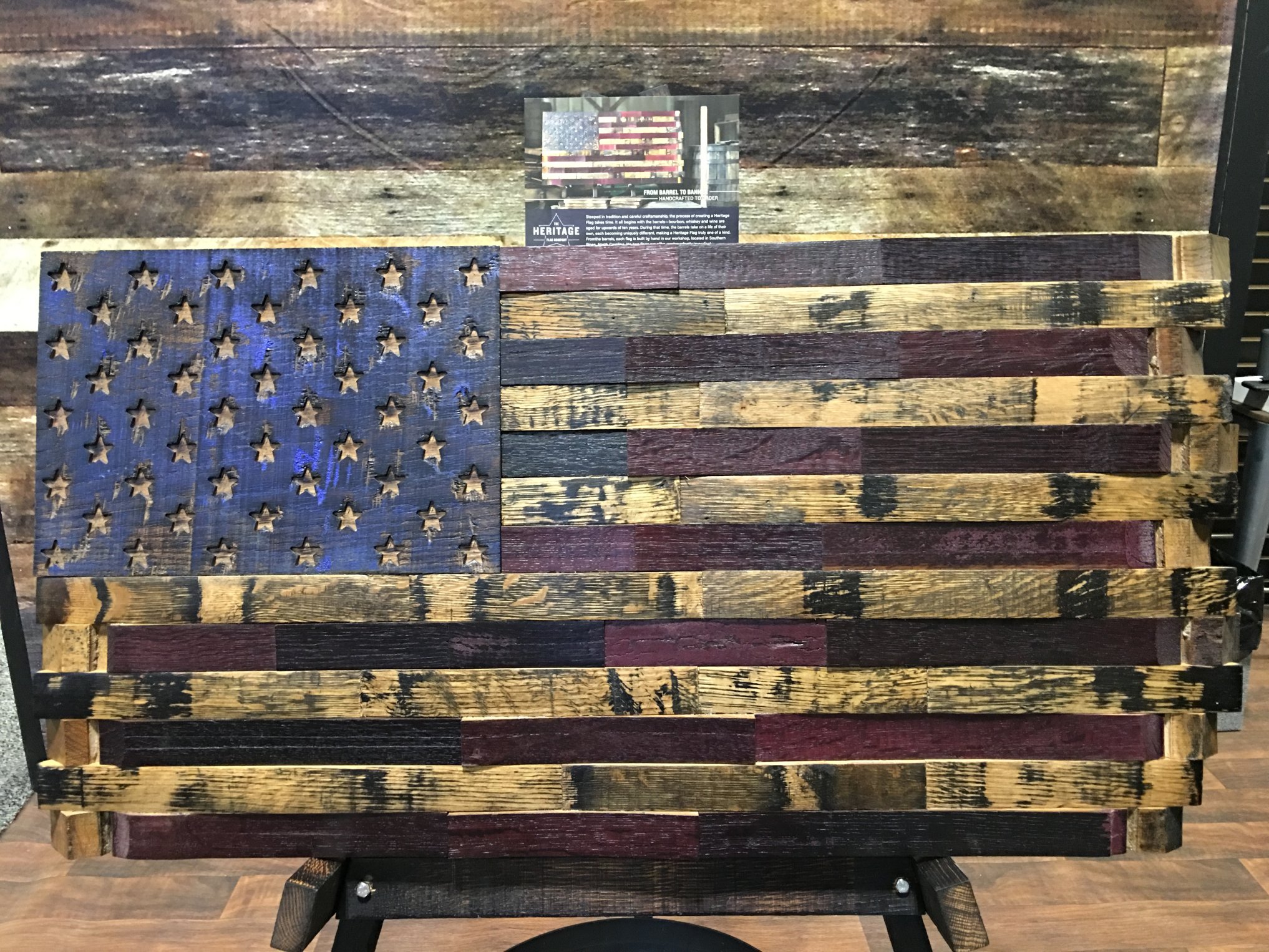 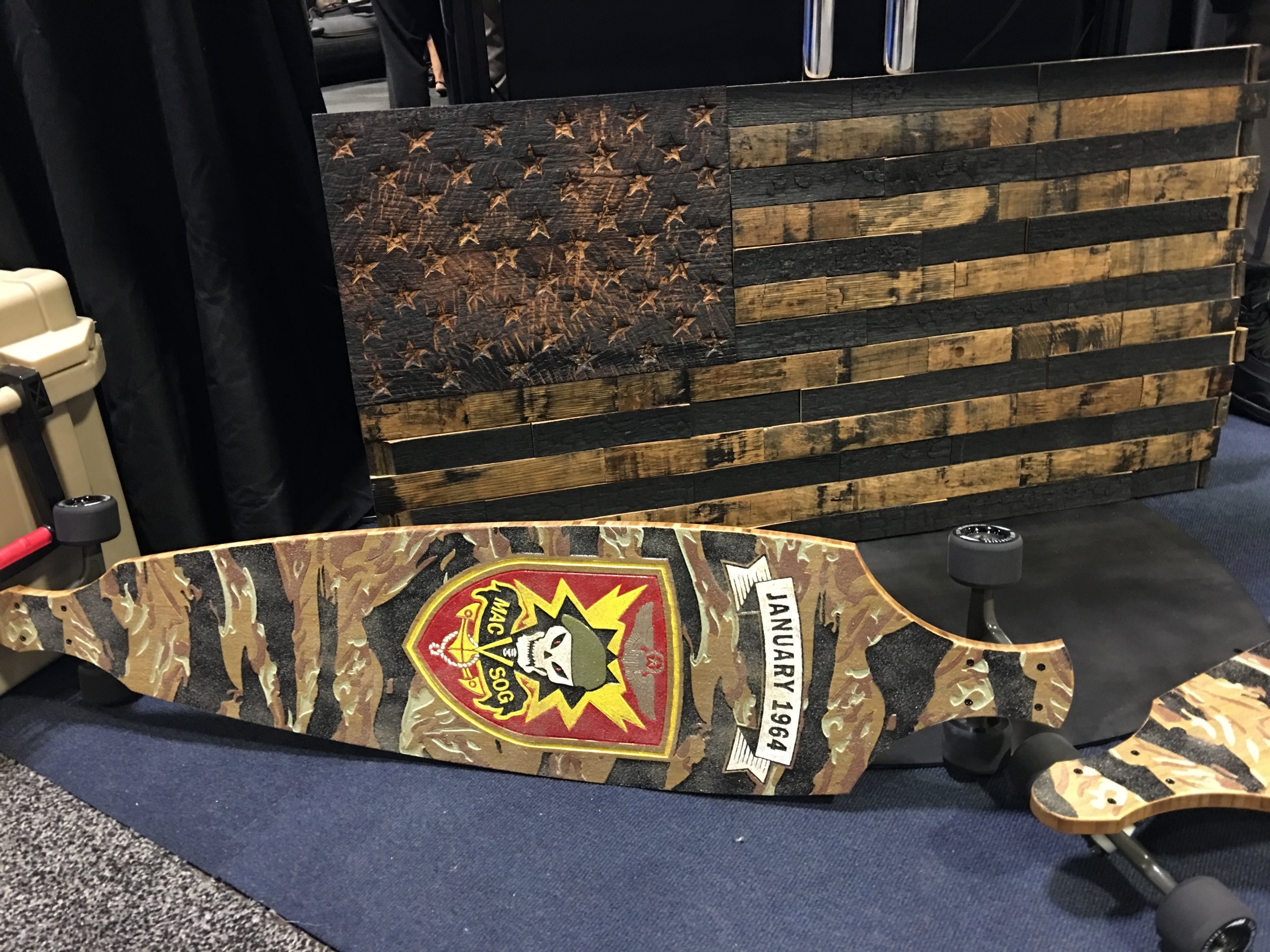 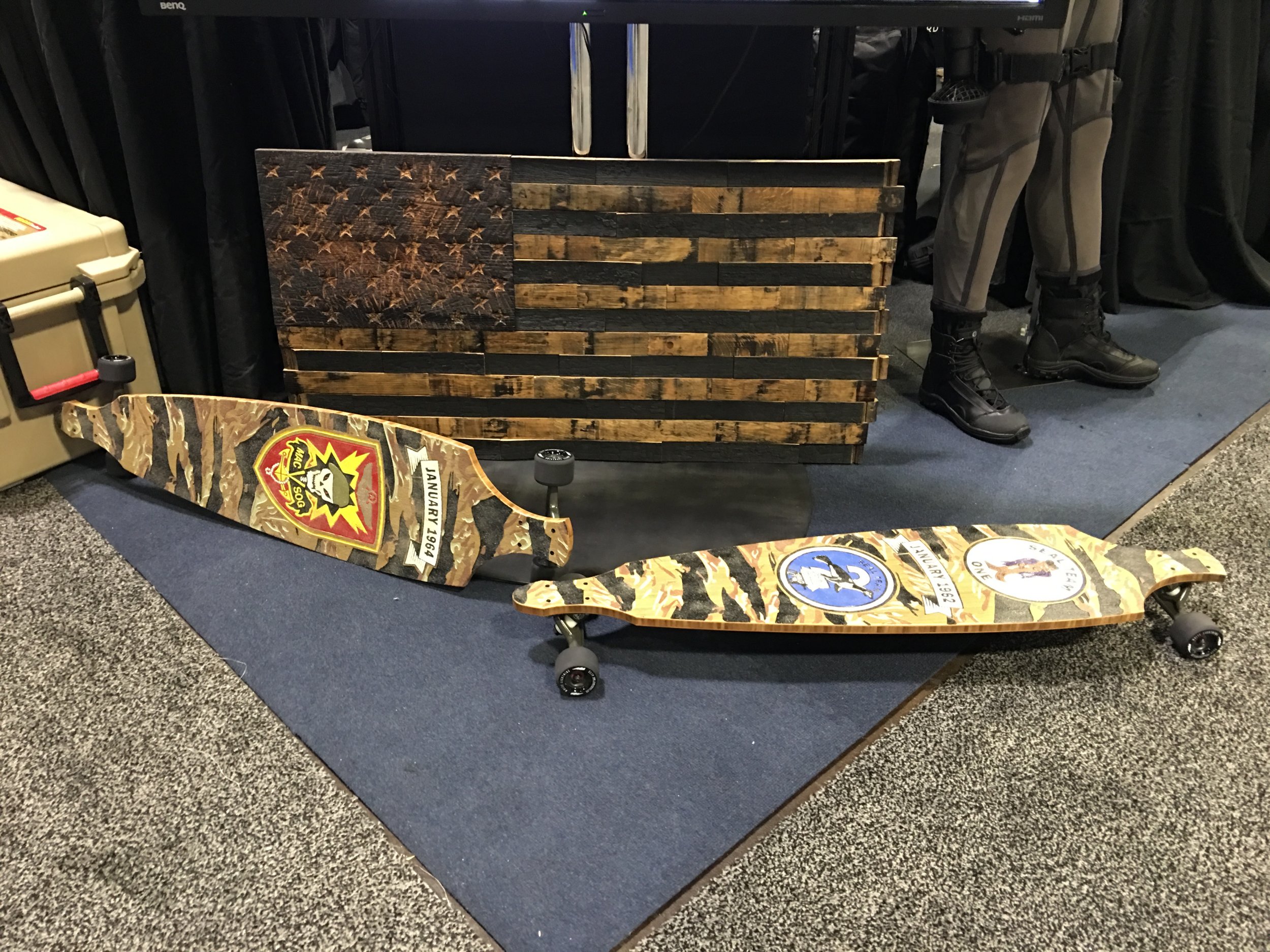 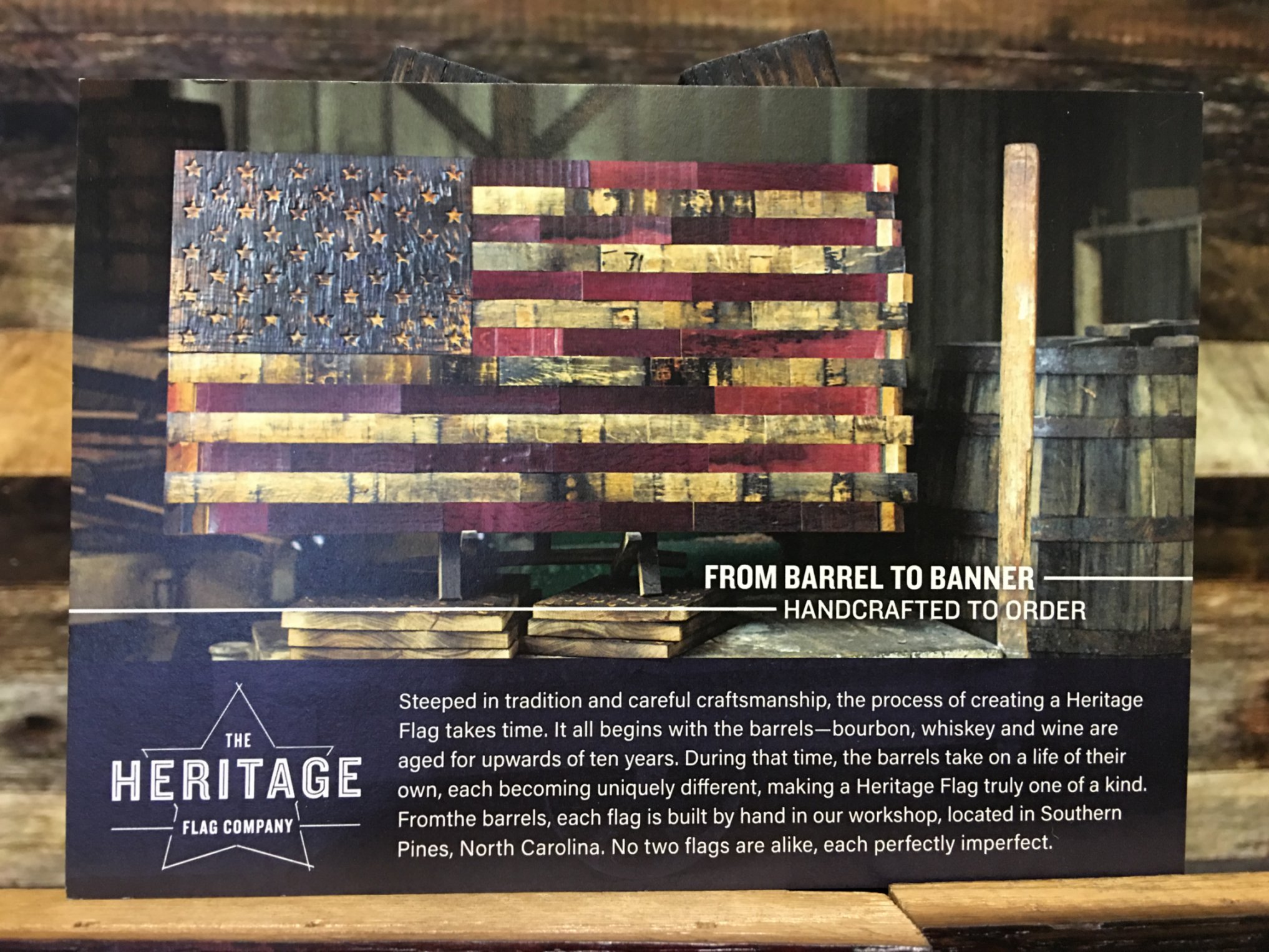 All embedded DefenseReview.com (DR) photos were shot with an Apple iPhone 6s Plus smartphone still/video camera.

Happy 4th of July/Independence Day 2016 from DR!: Let’s Keep our Freedom, Shall We?

David Crane started publishing online in 2001. Since that time, governments, military organizations, Special Operators (i.e. professional trigger pullers), agencies, and civilian tactical shooters the world over have come to depend on Defense Review as the authoritative source of news and information on "the latest and greatest" in the field of military defense and tactical technology and hardware, including tactical firearms, ammunition, equipment, gear, and training.
Previous Happy 4th of July/Independence Day 2016 from DR!: Let’s Keep our Freedom, Shall We?
Next SureFire Optimized Bolt Carrier-Long Stroke (OBC-LS) Drop-In BCG and H7S Buffer System with Longer Action Spring for Better Weapon Control, Reliability and Durability: Best Tactical AR-15/M4/M4A1 Carbine/Short Barreled Rifle (SBR) Bolt Carrier Group/Buffer System Combo Ever?