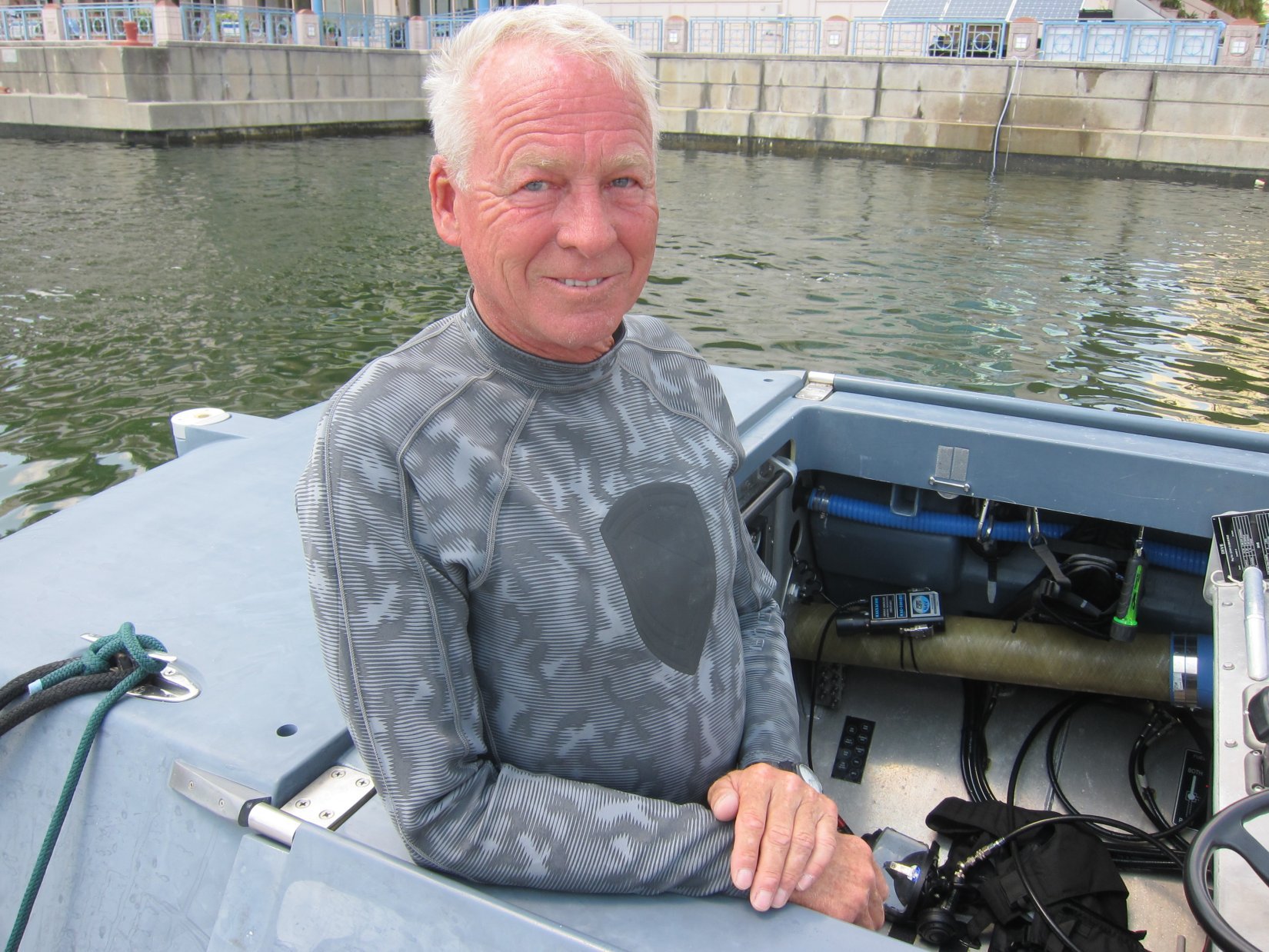 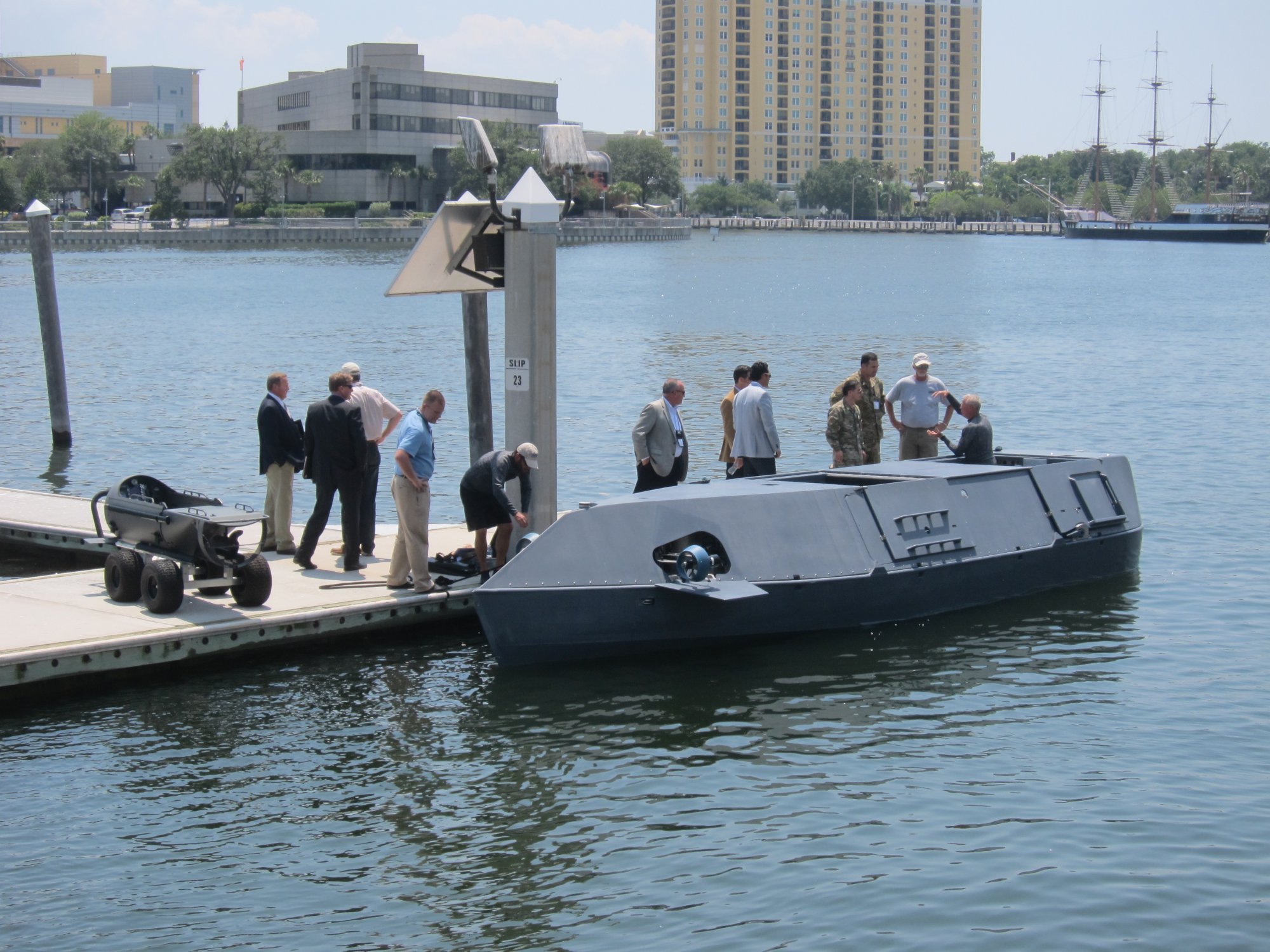 Since we're discussing STIDD Military Submersibles for Special Operations Forces (SOF), specifically U.S. Naval Special Warfare (SPECWAR) assaulters/operators, we should probably also mention that DefenseReview (DR) got to view and photograph the STIDD MRCC (Multi-Role Combatant Craft) submersible combat diver assault vehicle, which measures 32.5 feet (10 meters) and can carry 8 people (2 crew and up to 6 passengers). Billed as "the only submersible that allows divers and equipment to travel on the surface over long distances to the point of submering, minimizing divers immersion time in water," the MRCC is certainly a cool-looking submersible craft that looks both sleek and fast. Unfortunately, Defense Review didn't get the opportunity to see and shoot video of the MRCC in action. However, we hope our readers enjoy the accompanying photos we shot of the craft at the dock.

The STIDD MRCC submerges and re-surfaces via its Buoyancy Control System (BCS), which also allows it to become buoyancy-neutral. While it's on the surface and semi-submerged, power is provided by a "turbo-diesel waterjet propulsion package in a pressure-proof 'Engine-Room-in-a-Can' container. This propulsion system allows long-range operation with minimal acoustic and thermal/IR (Infrared) signatures. Once the MRCC submerges, the battery-powered high-efficiency electric thrusters and ducted propellers take over. The operator can re-charge the MRCC's batteries at sea when surfaced. 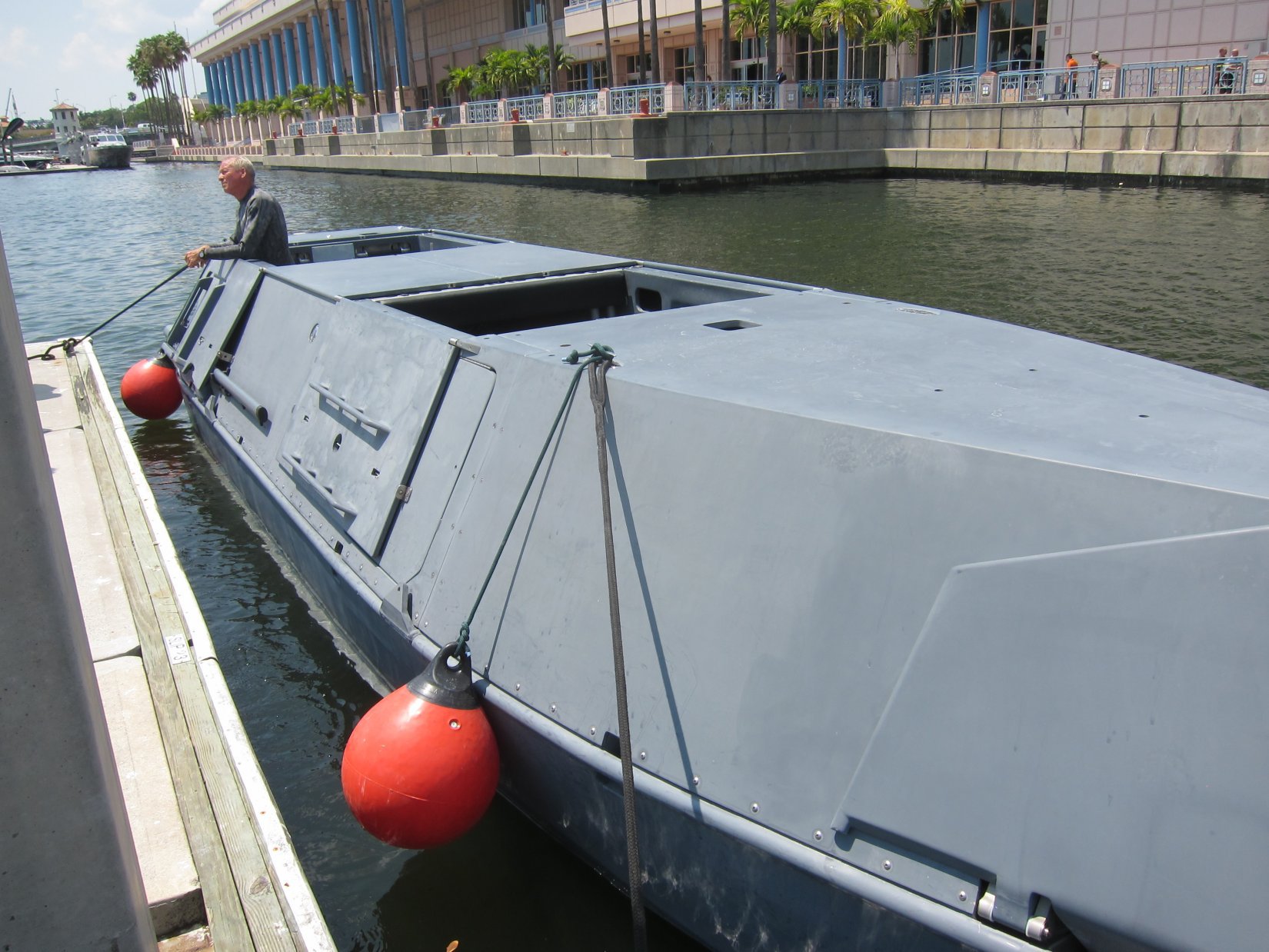 Optional hardpoints provide for the mounting of multiple weapons systems. The following integrated electronics are available as options:

An "Electronic Antenna Mast" (EAM) is now available as an option. The EAM "enables both surface navigation and communications" and automatically retracts/lowers to the stowed position when required.

The following MRCC information, exept for our addition of "GOPLATS", comes directly from the STIDD 2012 brochure: 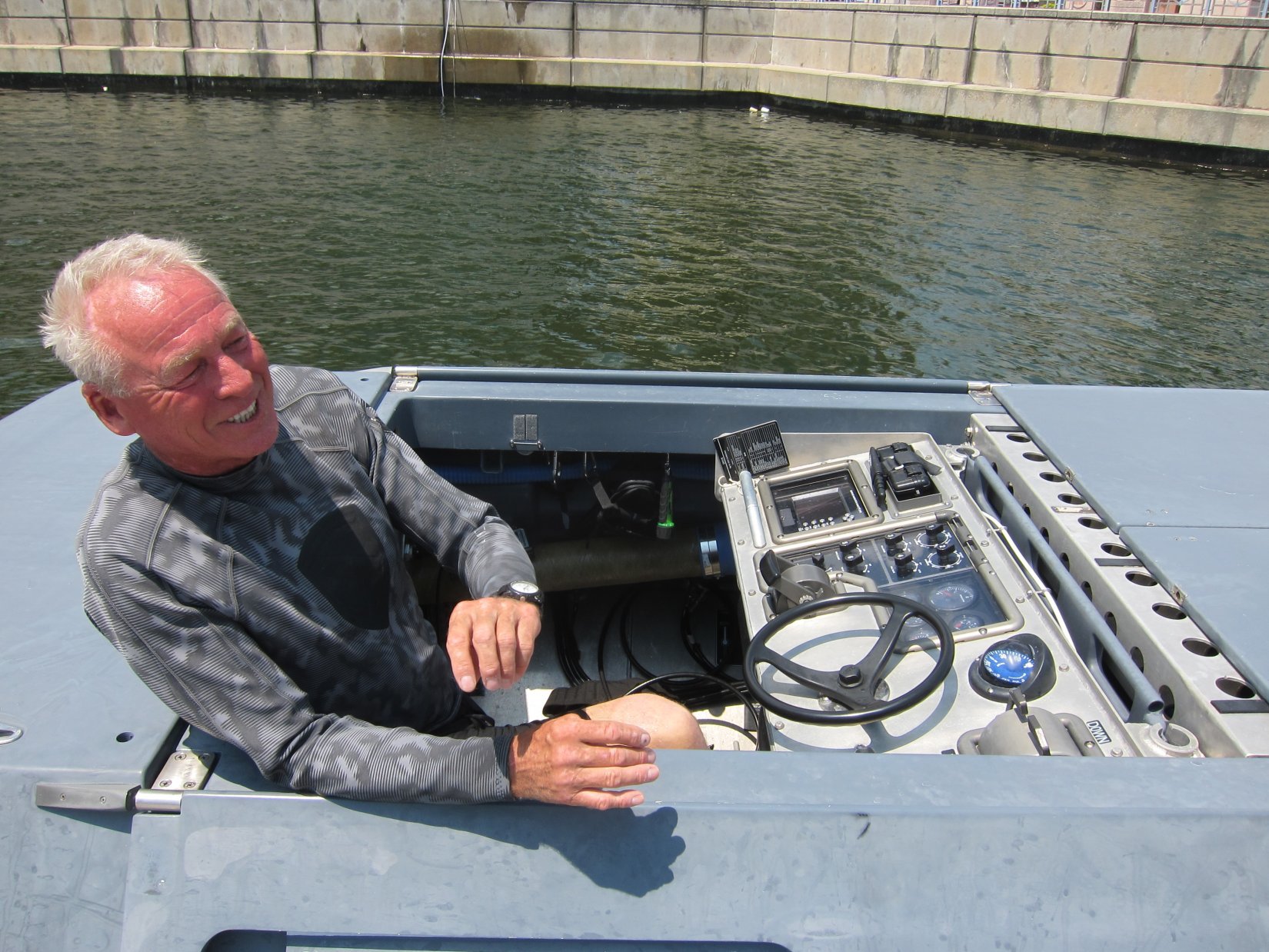 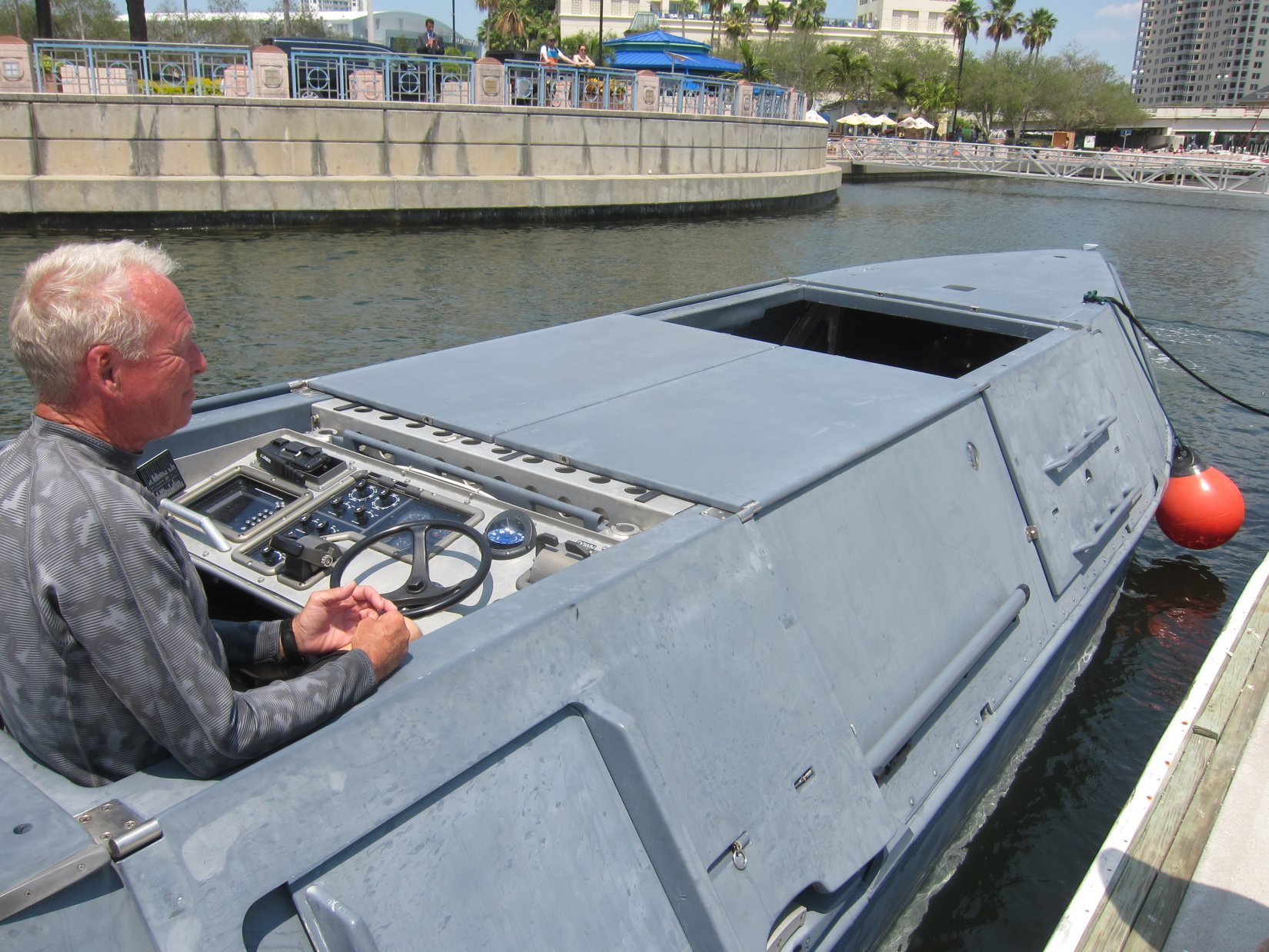 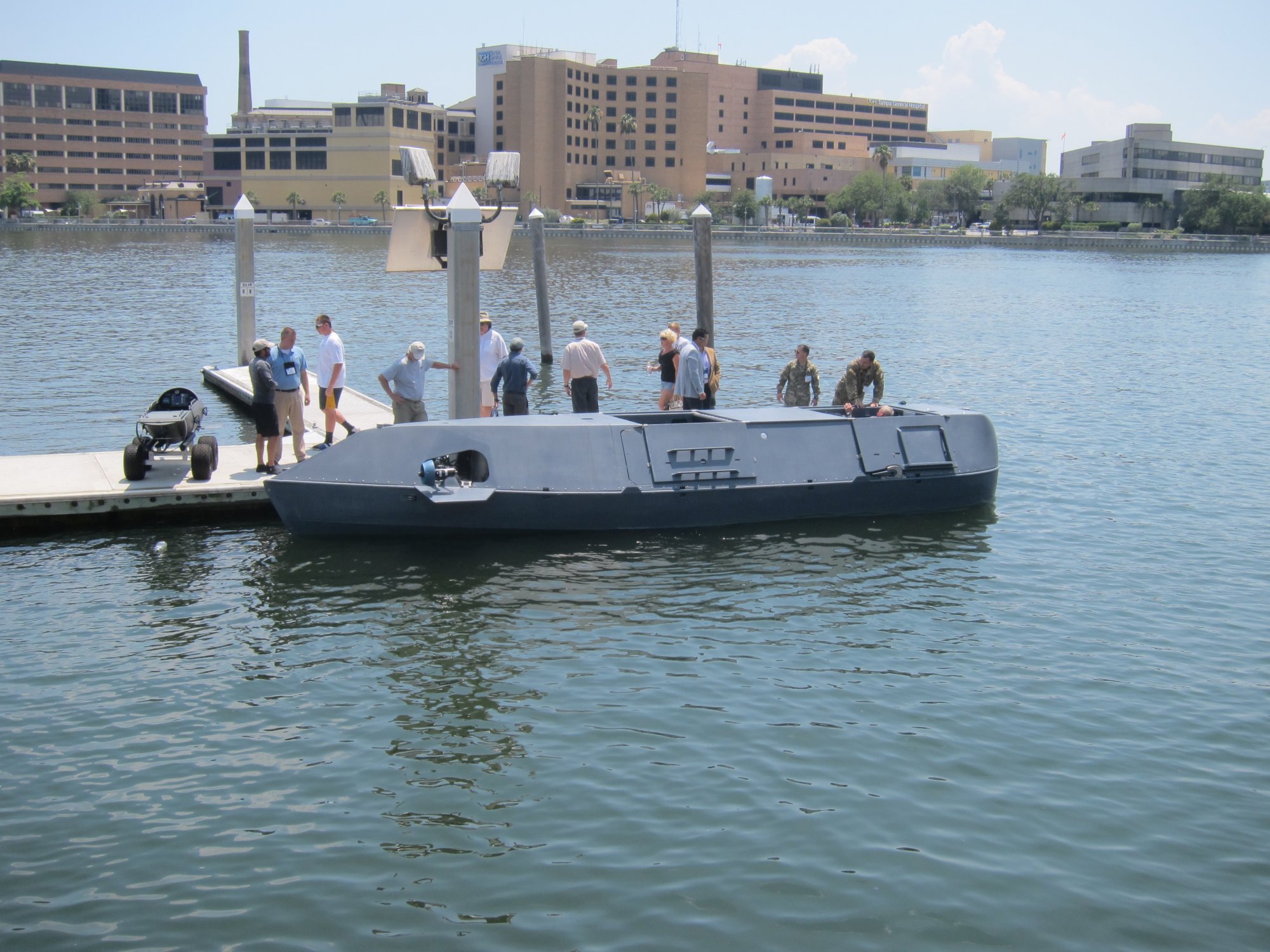 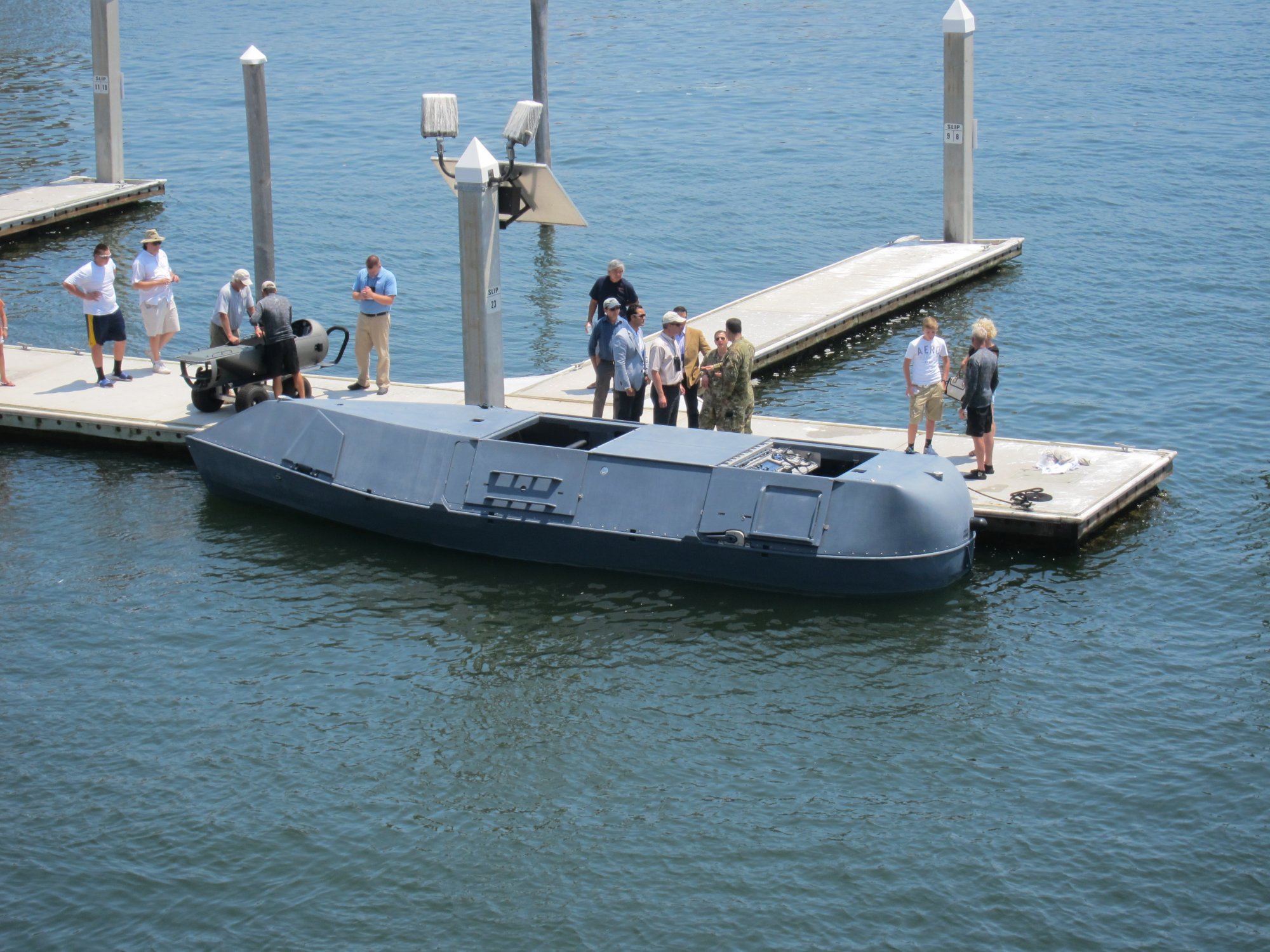 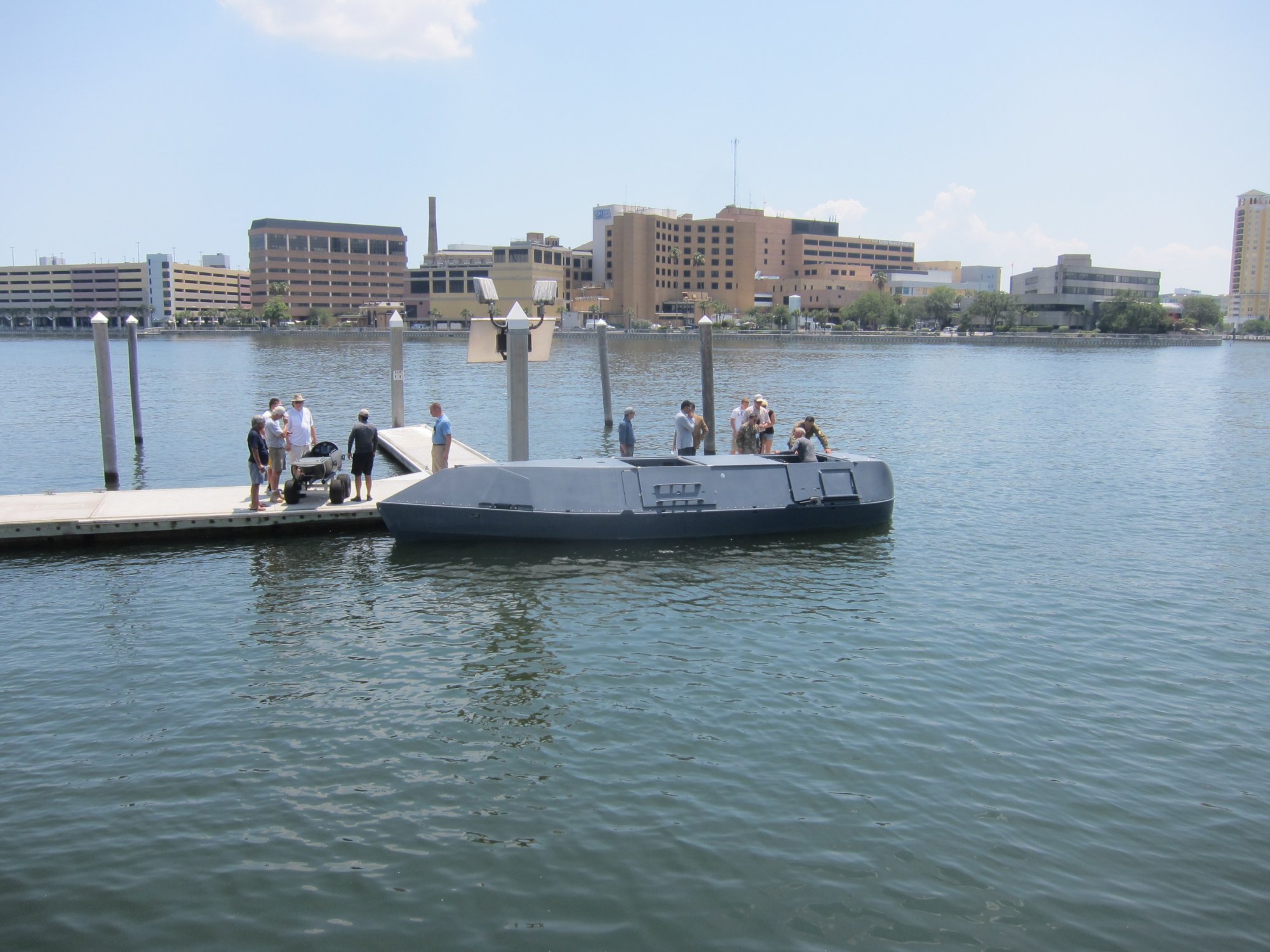 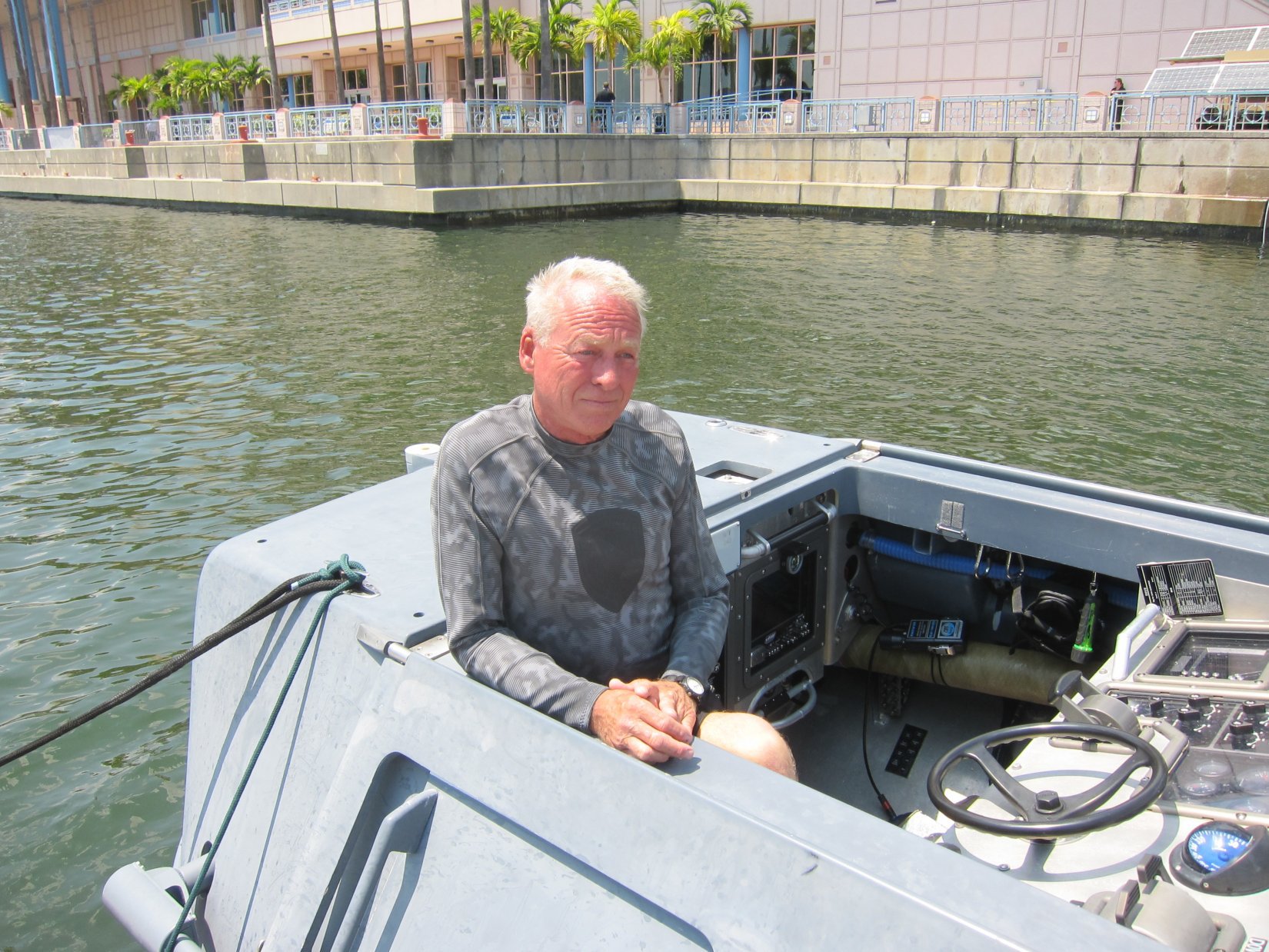 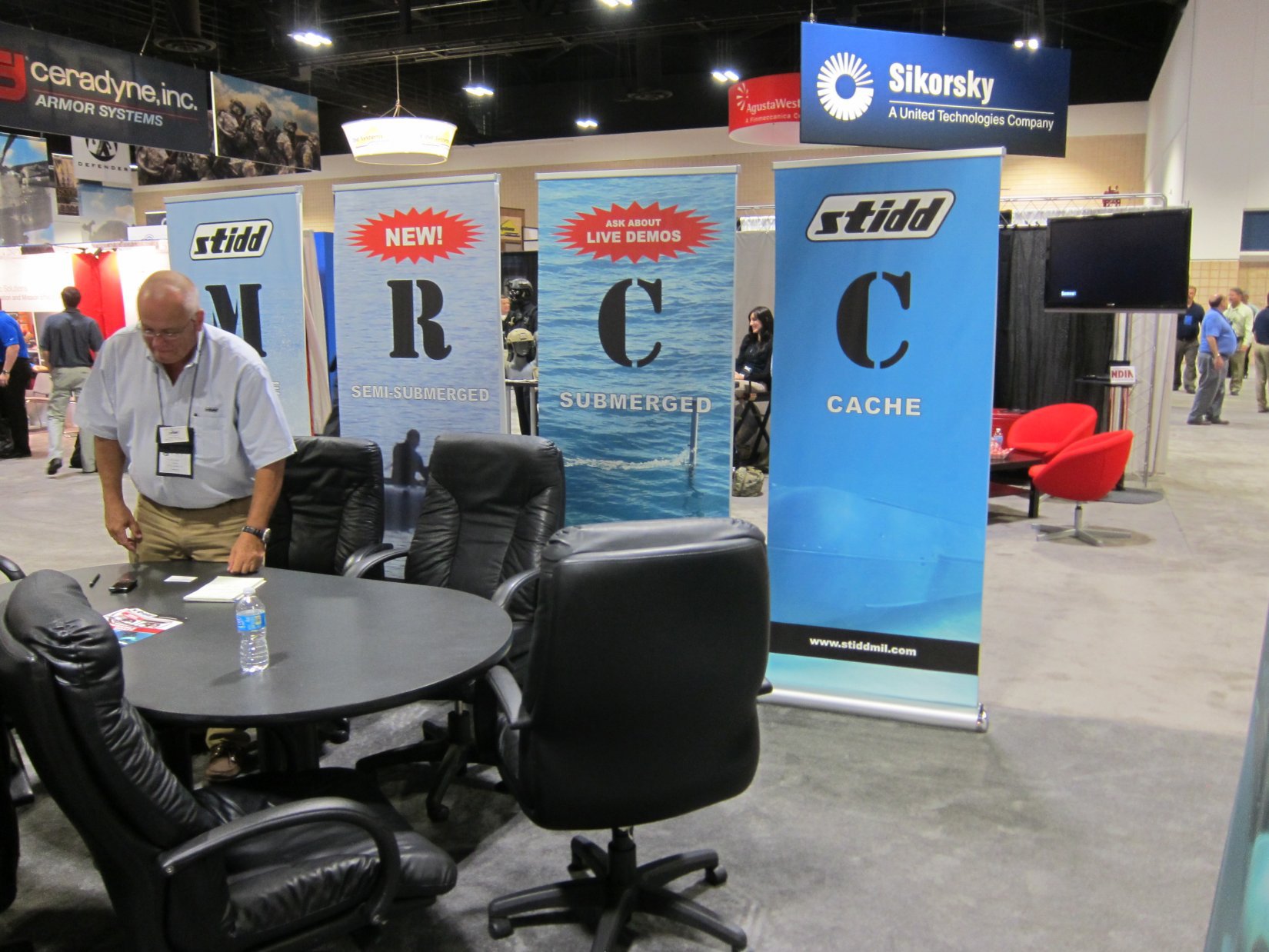