All photos contained in this article were shot by Chen Lee a.k.a. “SMGLee”.

Kel-Tec CNC Industries Inc. showed their very interesting 7.62x51mm NATO (7.62mm NATO)/.308 Win. bullpup battle rifle/carbine called the RFB Rifle/Carbine. "RFB" stands for "Rifle Forward ejection, Bullpup."  DefenseReview only got a very brief look at the Kel-Tec RFB rifle/carbine at the Kel-Tec booth, since we were so busy at the show, but the rifle looked really good.

We wanted to talk with one of the Kel-Tec staff about it, but… 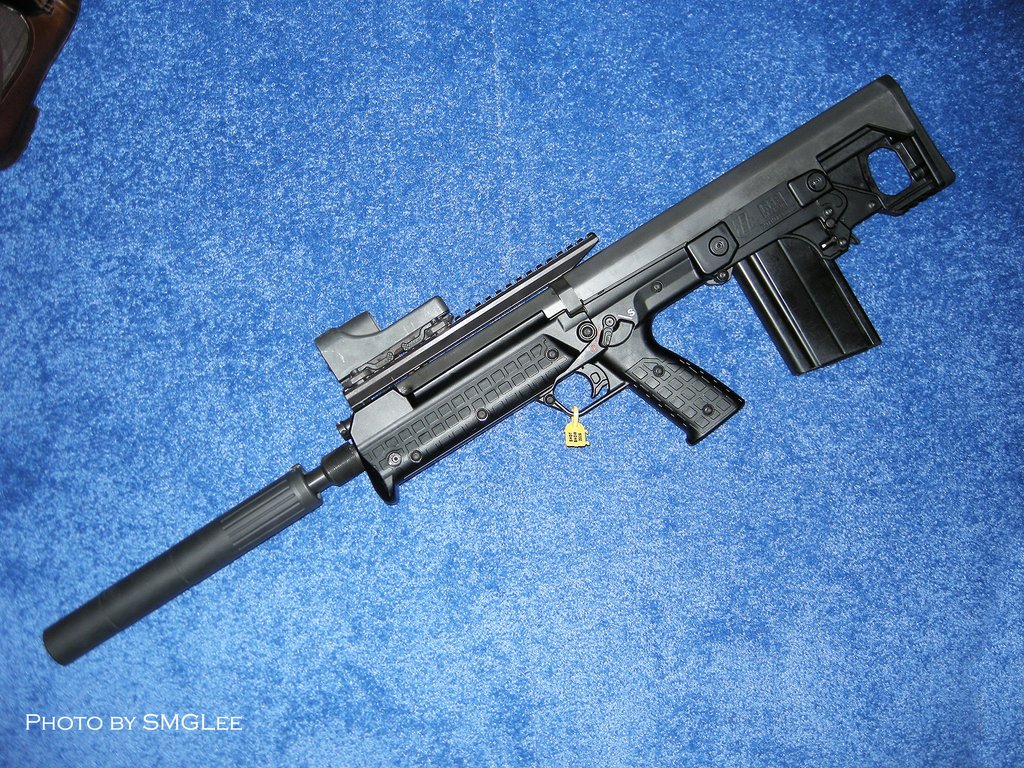 they were busy with other people at the time, and our schedule was tight. However, we're going to be giving Kel-Tec a call very soon about the new weapon, and look forward to T&E'ing one at the range as soon as possible.

Right-click on this link and then click on "Save Link As" (Mozilla Firefox) or "Save Target As" (Microsoft Internet Explorer) if you'd like to see the Kel-Tec RFB carbine/rifle in action. The video highlights the RFB's forward eject aspect. In the video, the RFB appears to have a significant amount of recoil that's most likely due to the weapon's relatively light weight. 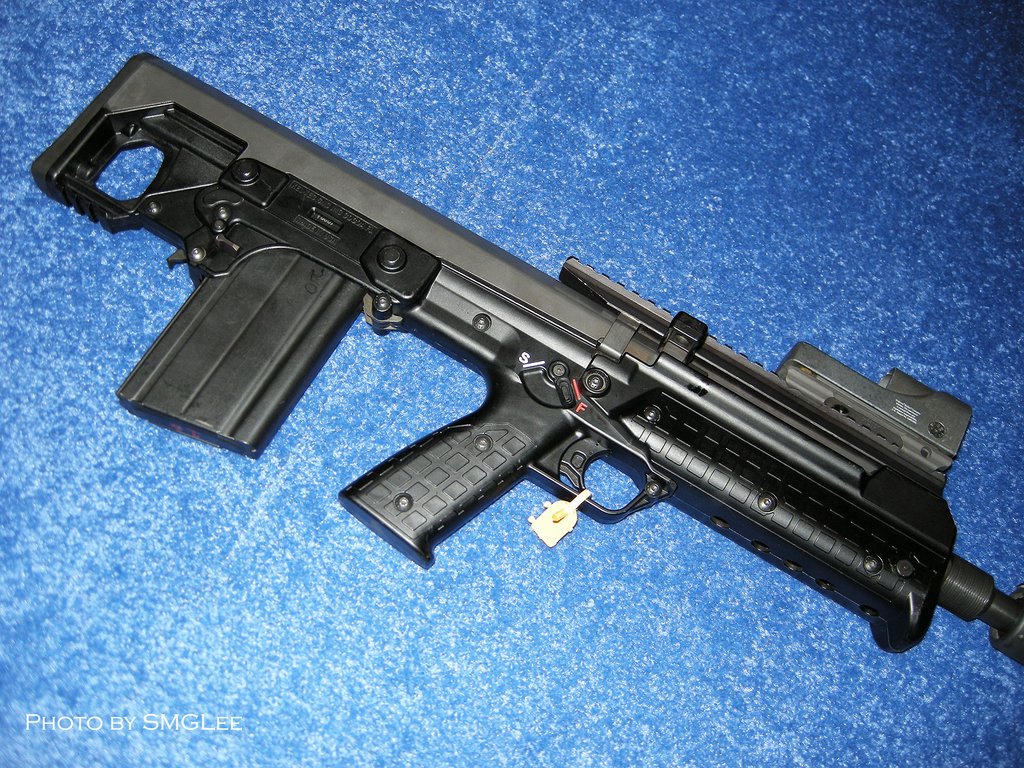 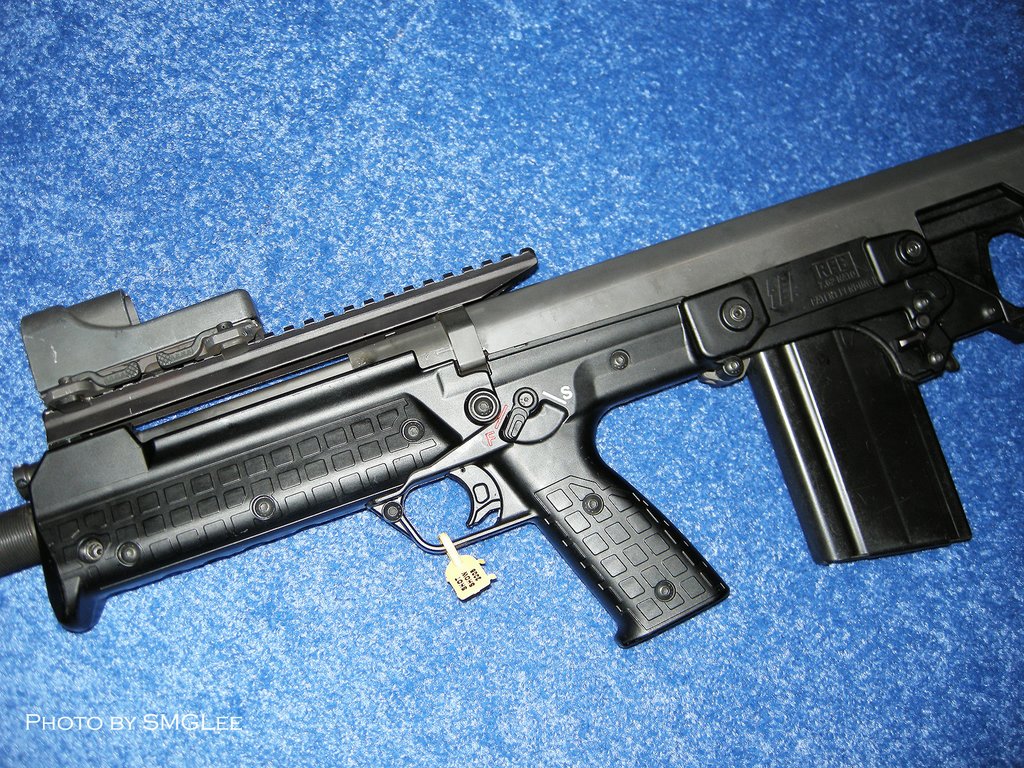 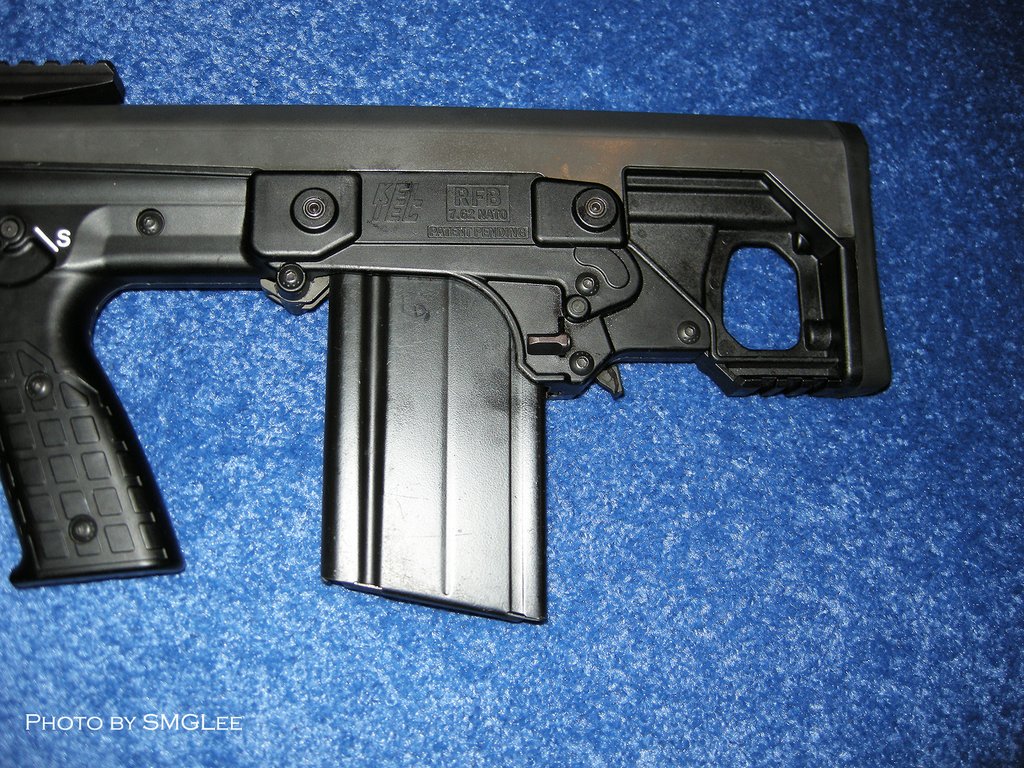 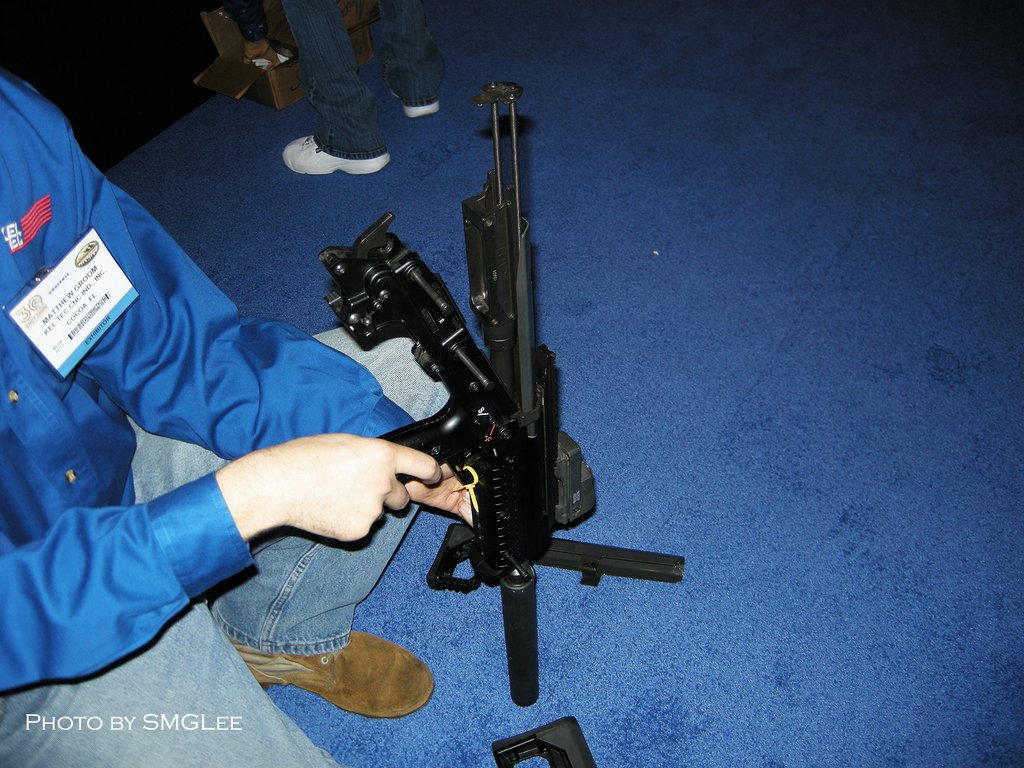 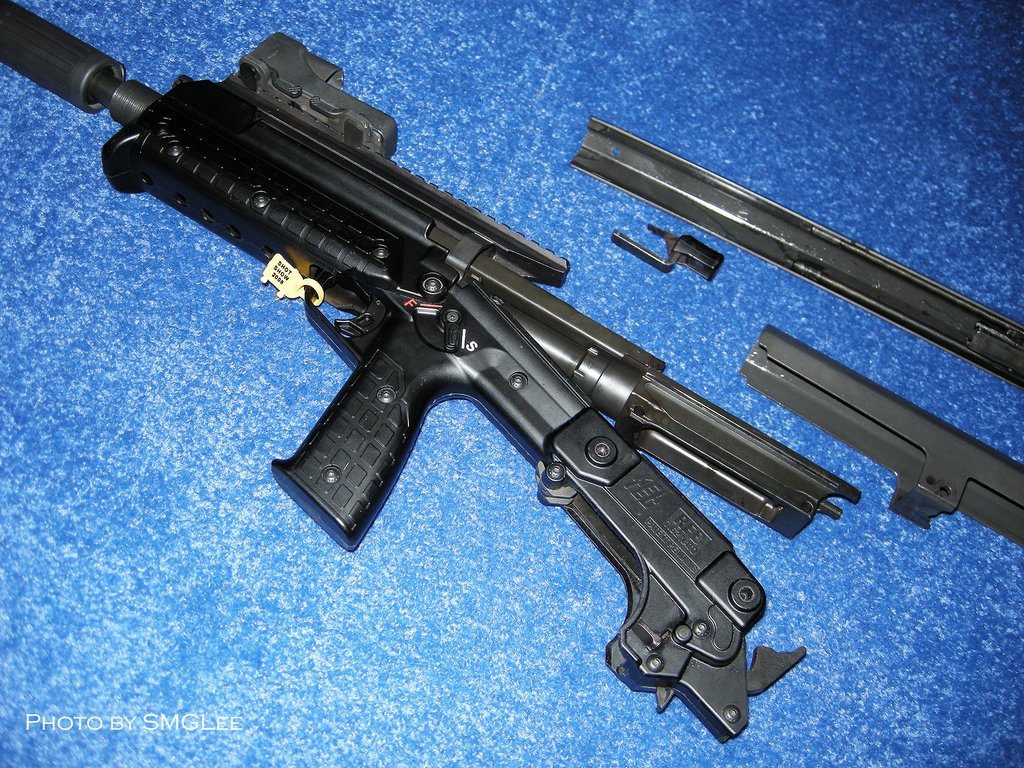 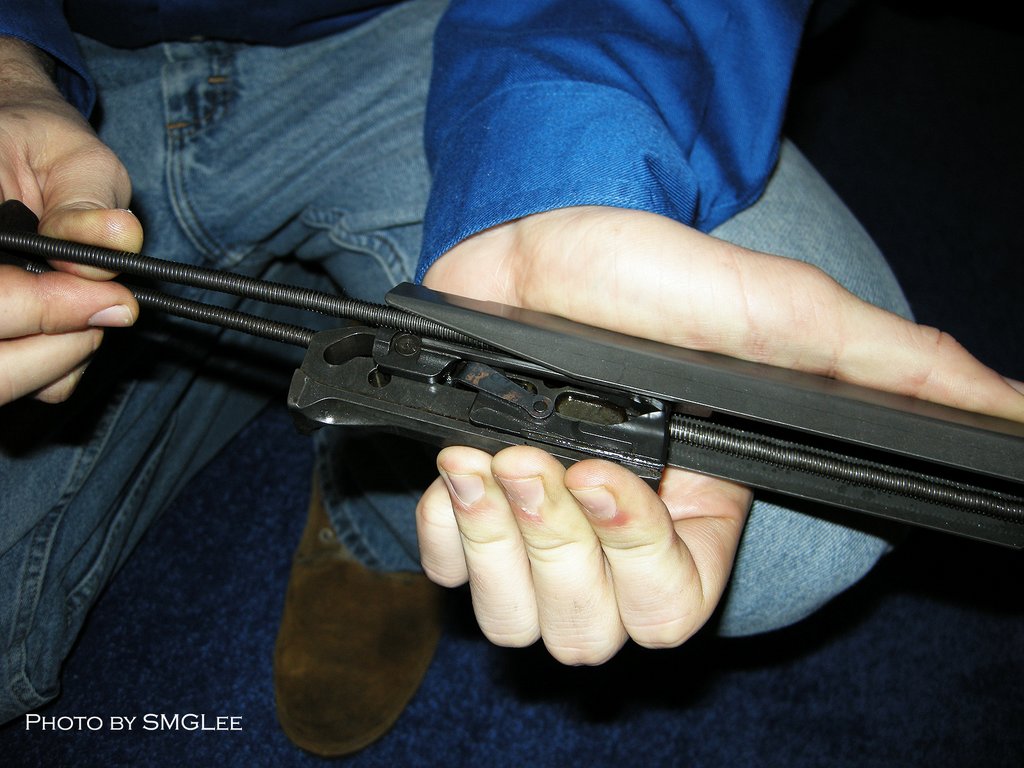 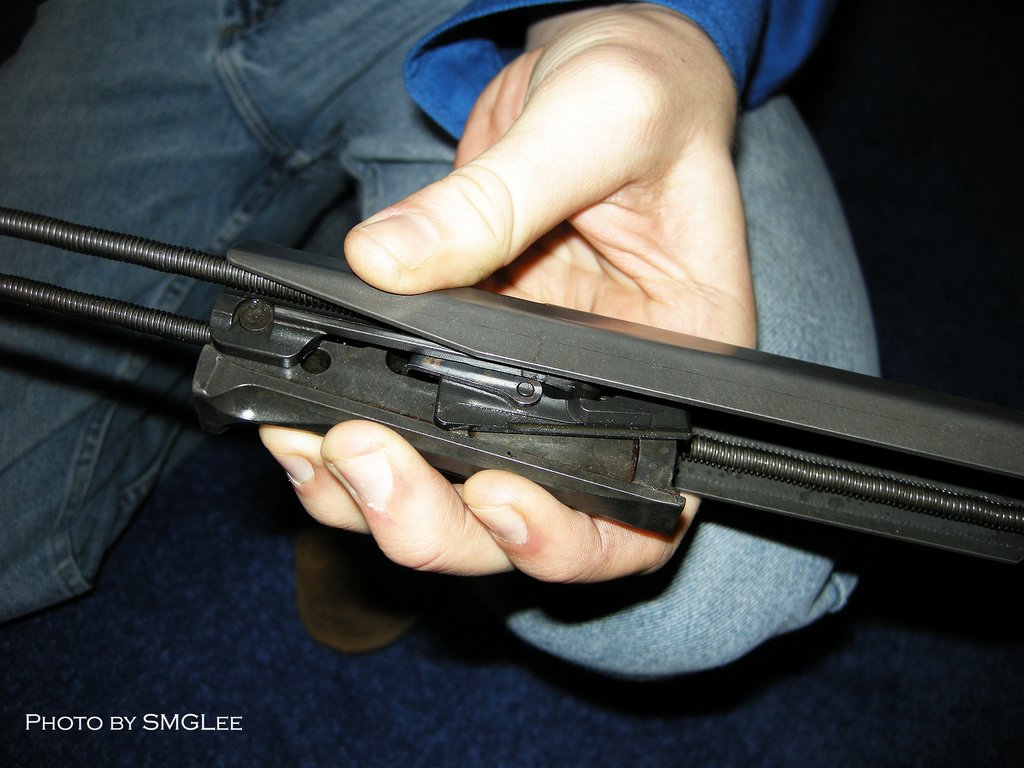 David Crane started publishing online in 2001. Since that time, governments, military organizations, Special Operators (i.e. professional trigger pullers), agencies, and civilian tactical shooters the world over have come to depend on Defense Review as the authoritative source of news and information on "the latest and greatest" in the field of military defense and tactical technology and hardware, including tactical firearms, ammunition, equipment, gear, and training.
Previous SRM Arms High-Capacity Model 1216 Rotary-Mag Semi-Auto Combat Shotgun
Next POF P-308 Gas Piston/Op-Rod Battle Rifle/Carbine at SHOT Show 2008