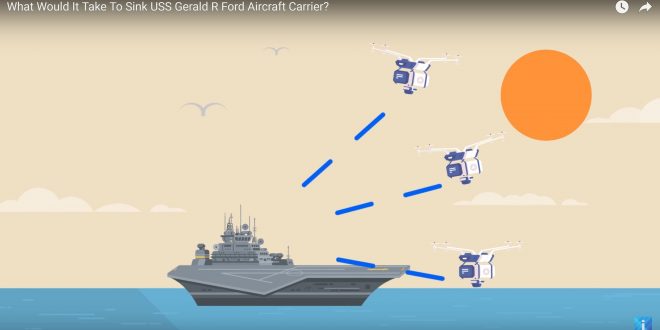 Gerald R. Ford Class US Aircraft Carrier Defenses/Survivability Analysis Animation by The Infographics Show: How Well is it Protected? 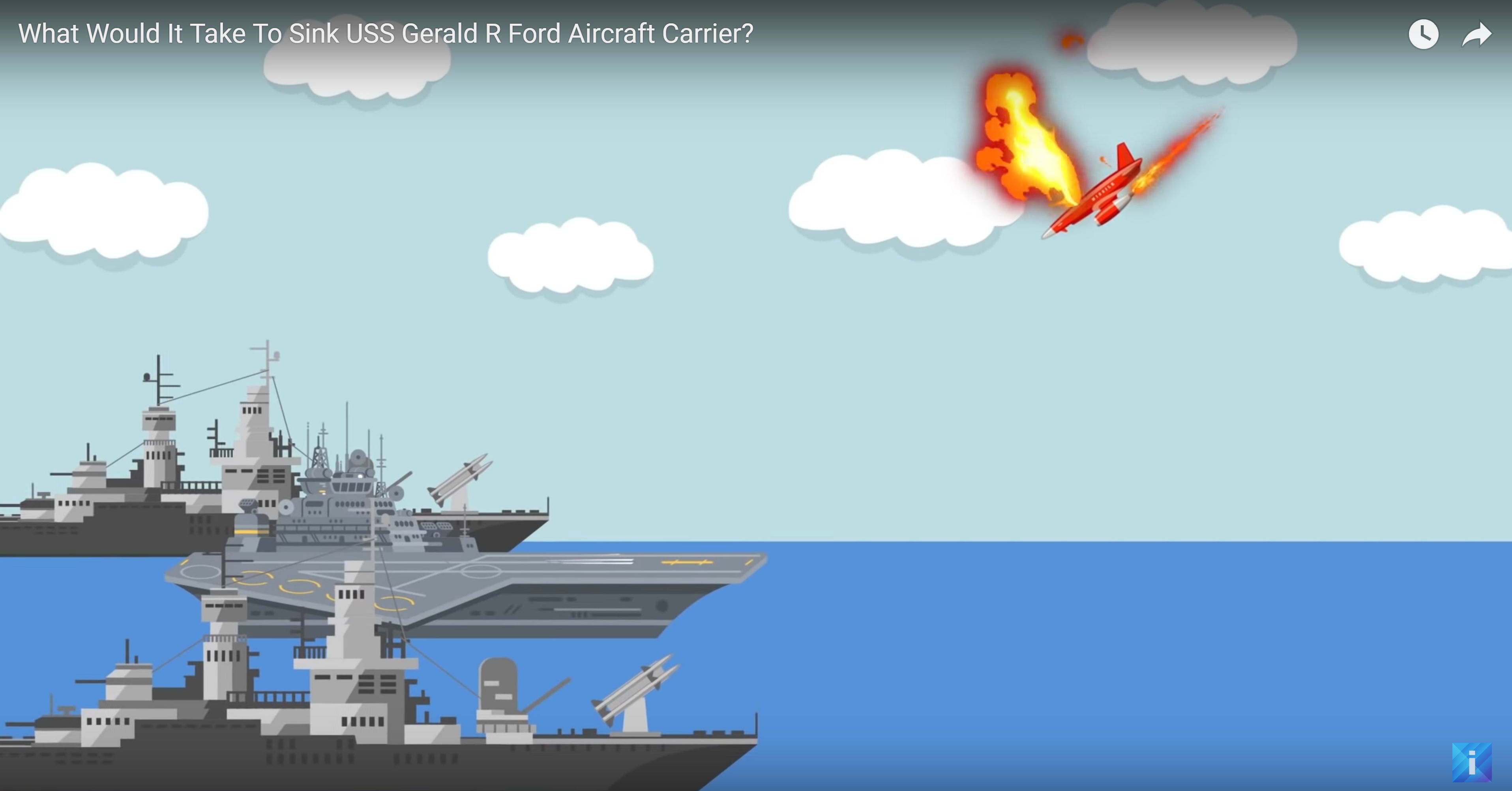 DefenseReview (DR) has been covering the increasing difficulty in defending our (US) aircraft carriers against the latest and greatest hypersonic anti-ship cruise missiles, supercavitating torpedoes, Supercavitating supersonic submarines, anti-ship ballistic missiles, electromagnetic weapons, high-powered microwave weapons, and even armed/weaponized speedboat swarms for years, now. So, we were pleasantly surprised to come across a rather well-done animated analysis of the Gerald R. Ford class (formerly known as the CVN-21 class) US aircraft carrier, or “super carrier” defenses/survivability done by The Infographics Show.

Those guys actually did a nice job, and provided a pretty cogent argument that the new carrier is extremely well protected against any and all potential enemy threats at present. When all’s said and done, you’ve still got a giant, extremely-expensive aircraft carrier sitting above the surface, and ever more advanced anti-ship weapons being developed out there, which the animated video acknowledges. 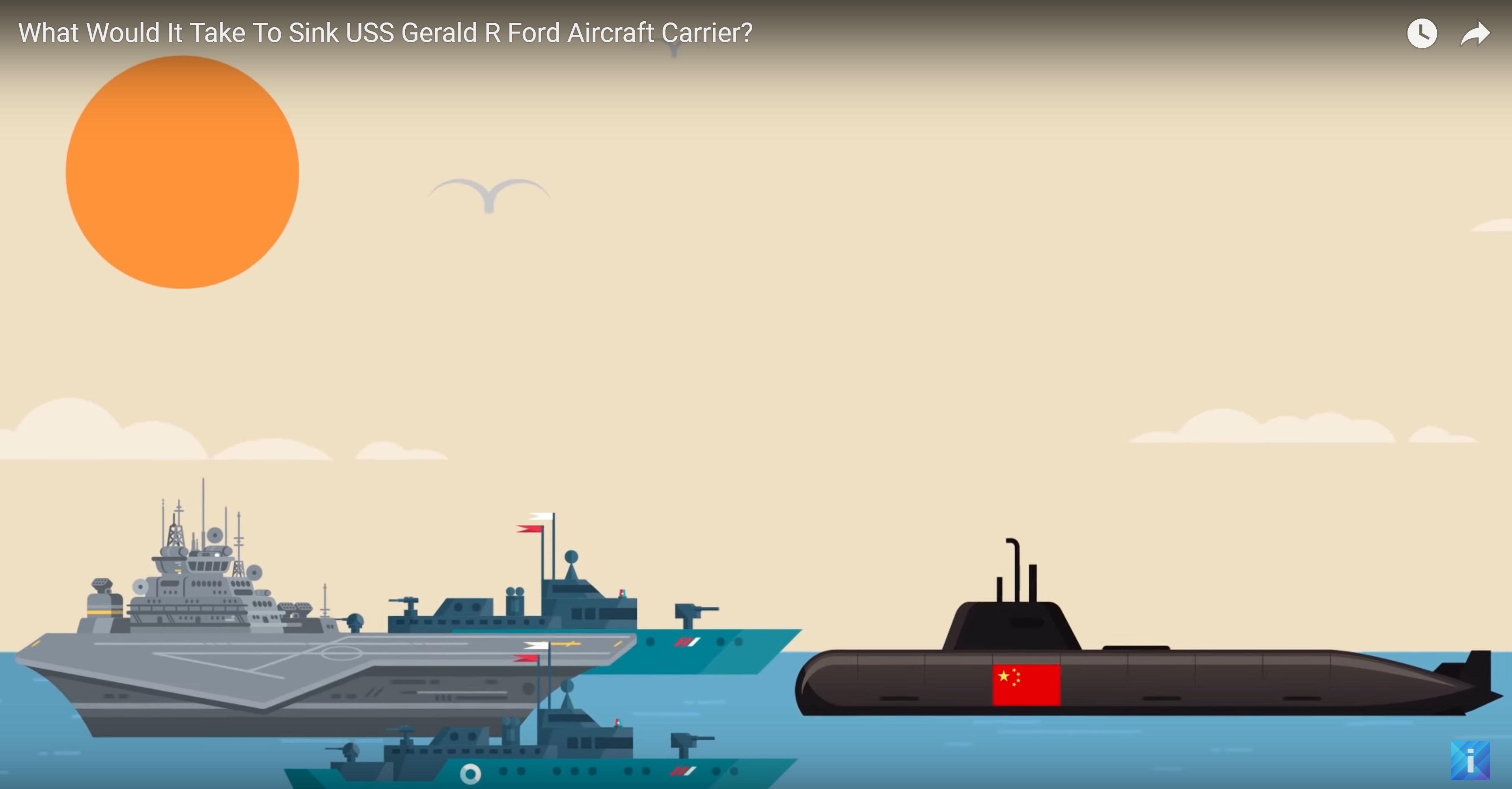 The Gerald R. Ford class carrier’s best defense against advanced ballistic and directed-energy threats is arguably the fact that it belongs to the United States, and a successful attack on it would mean certain death and destruction for the country behind it–and it WOULD most likely require nation-state-level technology and infrastructure to successfully attack it. This would mean World War III (WWIII). So, even if China and/or Russia can, sink it, doing so wouldn’t be advisable.

Gerald R. Ford Class US Aircraft Carrier Defenses/Survivability Analysis Animation by The Infographics Show: How Well is it Protected? by David Crane