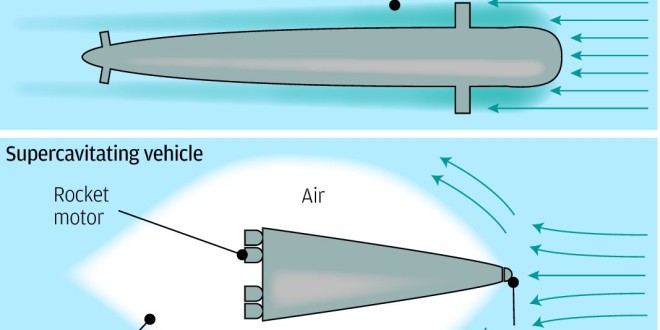 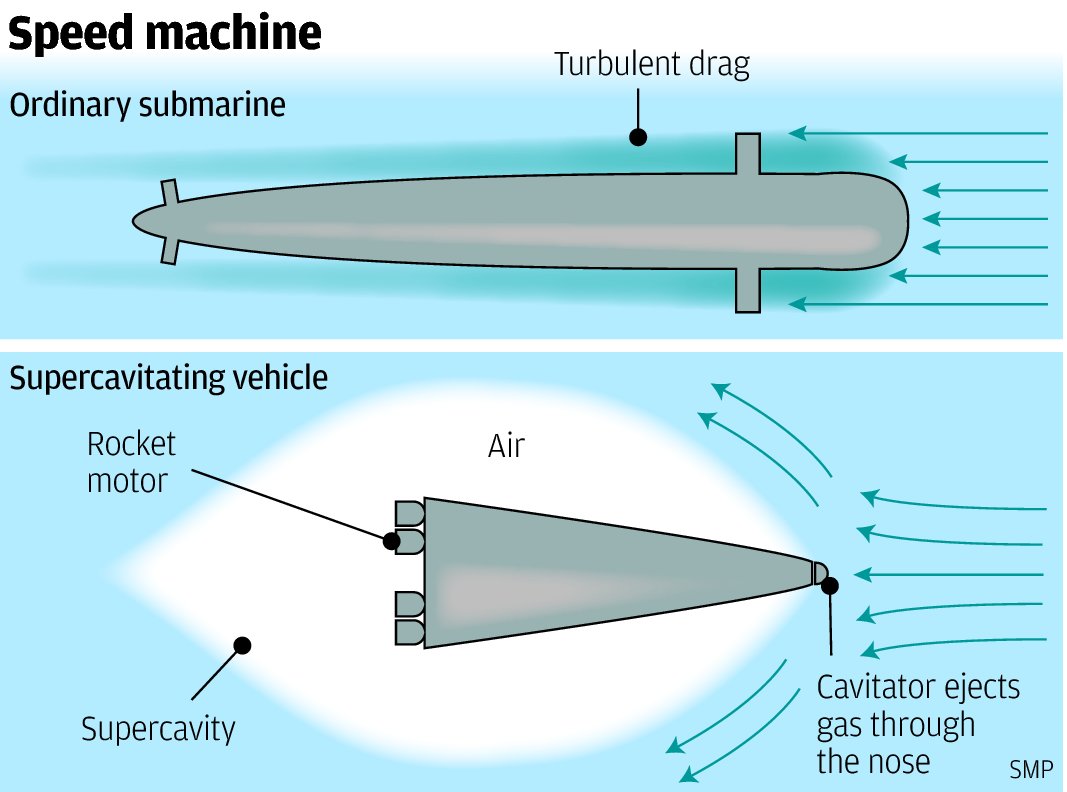 DefenseReview (DR) has been interested in supercavitation technology for awhile, and we’ve discussed it in a number of articles, specifically as it relates to torpedoes and rifle bullets/ammo (ammunition). So, when we recently read that the Chinese are attempting to develop and field a supercavitating submarine, it really perked our ears…er, eyes up. The South China Morning Post published an article on Sunday, August 24 (2014) quoting one Li Fengchen (or Feng-Chen Li, we’re frankly not sure which), professor of fluid machinery and engineering at the Harbin Institute of Technology’s Complex Flow and Heat Transfer Lab as stating that his team can “now create the complicated air ‘bubble’ required for rapid underwater travel,” and that they’re really excited about it.

If Mr. Fengchen’s/Li’s team is successful, the Chinese military could very well end up with a fleet of supersonic subs capable of speeds up to approximately 5,800km/h, or slightly over 720 mph to us Americans. To put that in perspective, at that speed, you’d be looking at roughly 100 minutes from Hong Kong to Seattle or San Francisco. That, of course would mean big trouble for the U.S. Navy, especially if those supercavitating, supersonic Chinese subs end up carrying supercavitating, supersonic torpedoes, nuclear and non-nuclear supersonic cruise missiles and anti-ship missiles, and nuclear ballistic missiles.

Traditionally, supercavitating vehicles have had launch and steering problems, needing to be launched at speeds approaching 100 km/h or 60 mph and not being able to steer at all. Apparently, the Chinese scientists have “addressed” both problems. First, the supercavitation vehicle/vessel will “shower itself” with a special liquid membrane, reducing low-speed drag. After the vessel reaches a speed of 75 km/h or more, and the vehicle enters the “supercavitation state” the aforementioned liquid membrane could assist in steering the vehicle through the water with precision by adjusting friction levels on the various sides. So, it would appear that the Chinese may have just cracked the supercavitation (launch and steering) code.

O.k., that’s the bad news. The good news is that the new Chinese subs will most likely be made in China, so they’re likely to go the way of the Kursk (K-141). A little gallows humor, there. One can only hope. Then again, hope isn’t a solution

Speaking of hope, one can only hope that the U.S. military already has it’s own supercavitating submarine in the works (under actual development), and that it will actually work. One has to assume the Russians are also working on supercavitating submarine technology. AND, since the Russian and Chinese militaries have been getting mighty cozy lately, the U.S. Navy and U.S. military at large must be prepared to fight a combined Sino-Russian military threat, particularly both countries’ respective naval fleets.

Defense Review has already discussed the potential threat posed by Russian supercavitating torpedoes like the VA-111 Shkval Supercavitating Rocket Torpedo, but combining them with supercavitating supersonic submarines would create real problems for us (USA).

And, it looks like the news just keeps getting better. Time Magazine writer Jeffrey Kluger makes a compelling argument that the Li Fenchen’s rather incredible claims are rather ridiculous (right up their with “pigs flying”), and most likely made at the behest of the Chinese military just to scare us (and everybody else), the ol’ “fake it ’till you make it” routine. Or, maybe August 24th is just China’s April Fools. Kluger’s got “physicist and naval weapons expert” Norman Friedman of the U.S. Naval Institute backing him up in his skepticism. According to Friedman, 1) “The idea that any Chinese research association would talk about its best ideas is ludicrous beyond words”, and 2) “They simply don’t go public with this kind of project, though they do sometimes show off things that don’t exist.” DR recommends you check out Mr. Kluger’s piece at Time to get all the details.

Whew! That’s quite a load off. Those Chinese are tricky.