Well, Colt just introduced what appears to be its own full-auto, heavy-barreled, (Beta C-Mag) double-drum mag-fed IAR-type LMG/SAW. This article contains what may be the first pictures ever shown of the new weapon to the public.  They introduced it at the NDIA Small Arms Symposium 2006. Like the Ultimax 100 MK4 SAW/LMG, the Colt weapon is essentially a mag-fed (as per IAR requirement) Light Machine Gun/Squad Automatic Weapon (LMG/SAW)-type weapon, utilizing the 100-shot Beta C-MAG double-drum magazine for its firepower. The C-MAG, by the way, was designed and developed for Beta Co. by Jim Sullivan (L. James Sullivan), who, coincidentally, also designed and developed the original Ultimax 100 LMG. Small world, huh? Anyway, we don’t have a lot of info on the mystery Colt mag-fed IAR/LMG/SAW-type weapon yet. However, we’ve been told by a source external to Colt that…

it’s gas-piston-driven (which the photos appear to confirm) like the Colt LE1020 semi-auto rifle/carbine that was introduced SHOT Show 2006. And, it’s supposed to fire full-auto-only, not select-fire (unconfirmed/unverified). Defense Review will be try to verify this with Colt, and report back to our readers. OA weight is as yet unknown. The new Colt LMG/SAW essentially looks like a beefed-up LE1020. We don’t know what Colt’s calling the new weapon yet, so we’ll try to find that out, too.

The new Colt IAR/LMG/SAW-type weapon sports a monolithic-type upper receiver (possibly SOPMOD-2-config) with Mil-Std-1913 rail system and flip-up front BUIS (Back-Up Iron Sight) permanenently fixed to the gas block, a la Colt LE1020.  It might be the same upper.  We’ll look into it.

Looks like I’ve got some phone calls to make today. 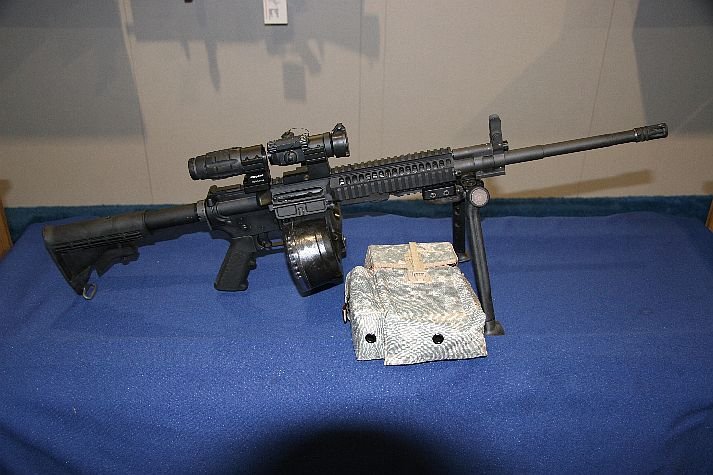 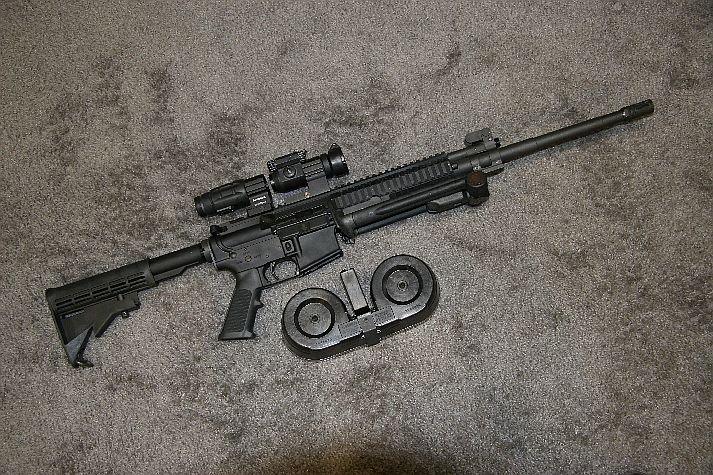 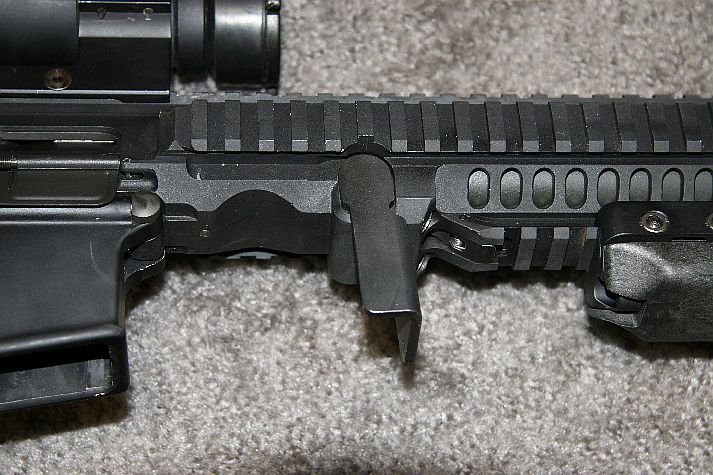 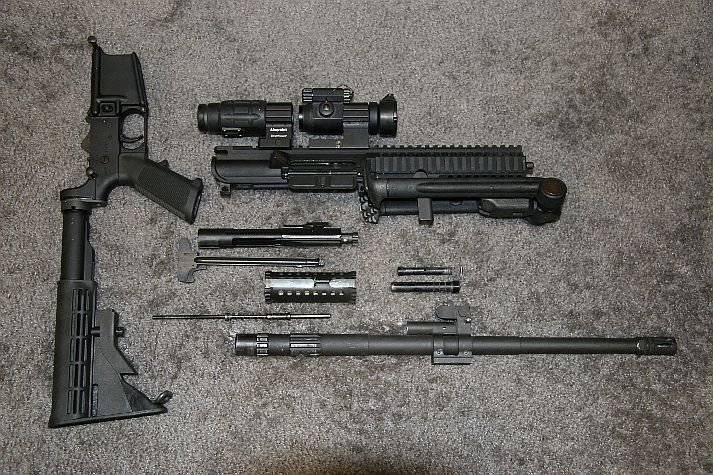 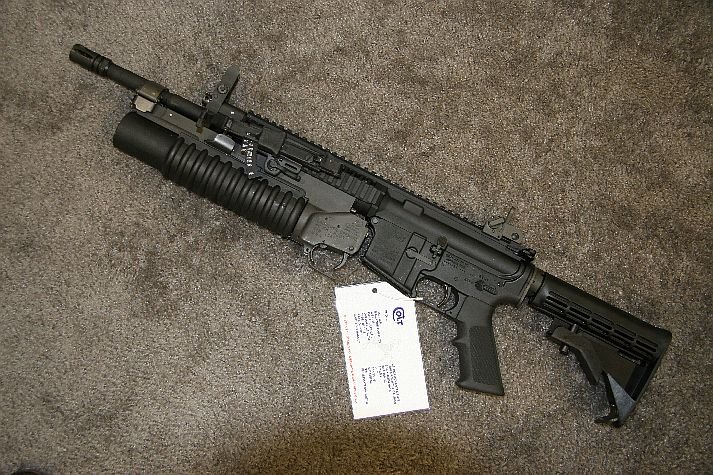 David Crane started publishing online in 2001. Since that time, governments, military organizations, Special Operators (i.e. professional trigger pullers), agencies, and civilian tactical shooters the world over have come to depend on Defense Review as the authoritative source of news and information on "the latest and greatest" in the field of military defense and tactical technology and hardware, including tactical firearms, ammunition, equipment, gear, and training.
Previous Auto Assault-12 Full-Auto Shotgun Gets Urban Camouflage Treatment (Pic)
Next Barrett Firearms Introduces XM500 Bullpup Semi-Auto .50 BMG Anti-Materiel/Sniper Rifle