All photos contained in this article were taken by, and are the property of, DefenseReview.com. Click on photos (below) to view them full-size.
October 8, 2005

Alright, get a load of these two little honeys. I found them at IACP 2005 Miami at the Bushmaster Firearms booth. They’re Bushmaster Carbon 15 prototype shorties, and both are select-fire (full-auto). One’s a 5.56mm (5.56x45mm) subcarbine/SBR (Short-Barreled Rifle) that’s basically the select-fire version of the Bushmaster Carbon 15 Type 97S/21S Type series. The other’s a 9mm (9x19mm) subgun (submachine gun). Both are the lightest weapons in their class that DefenseReview has ever handled. We don’t even have weight specs on them yet, but it doesn’t really matter–because they’re LIGHT (nerf gun light, practically), despite the fact that they both incorporate a 4-sided (or "quad-rail") Mil-Std-1913 rail system/forend rail tube and vertical foregrip. The prototype 9mm submachine gun we handled and photographed even sported a BUIS (Back-Up Iron Sight) system, which you can see in the photos we shot (below).

The real questions, however, are:… 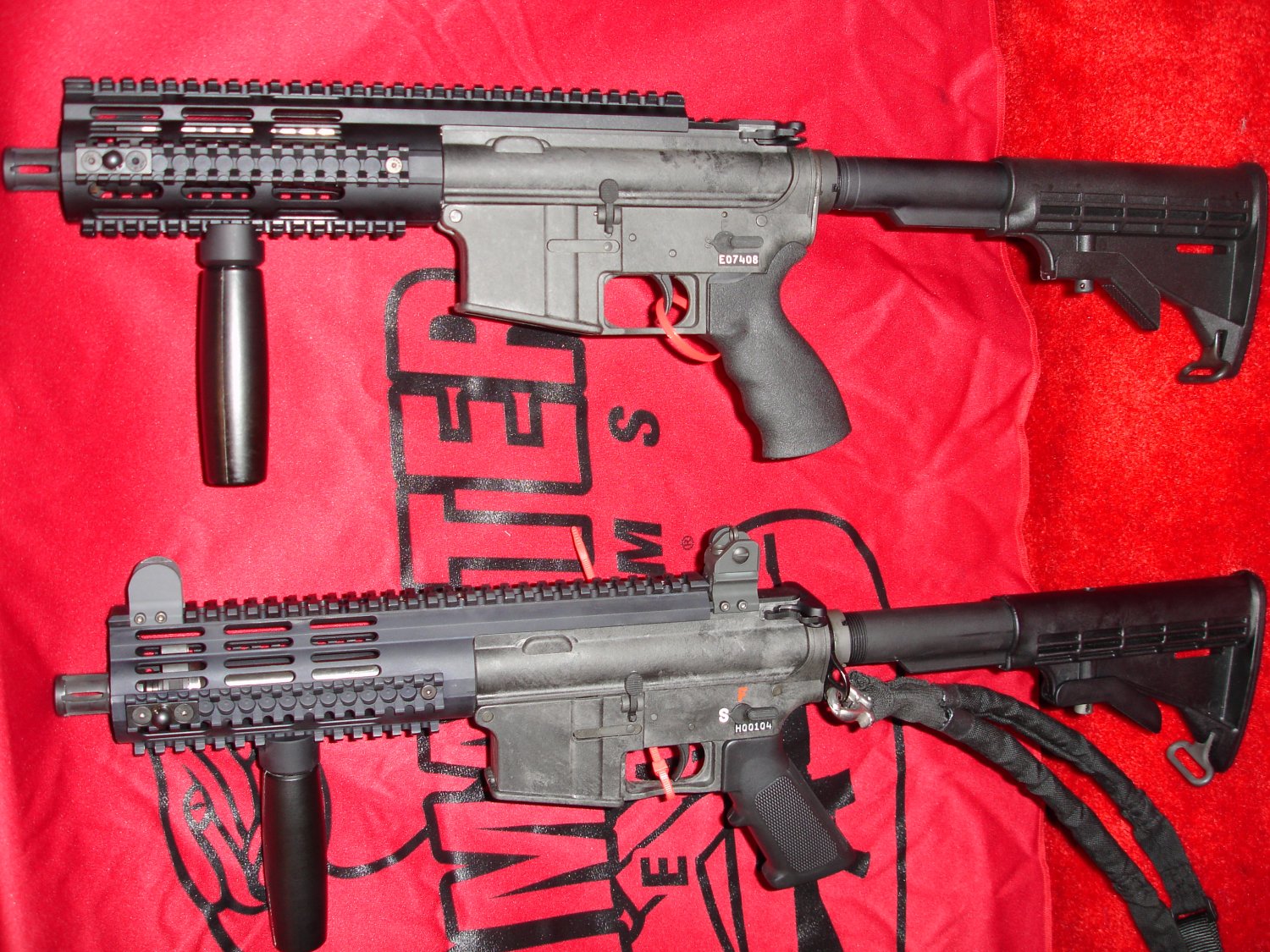 1) Are they’re realiable under adverse/combat conditions and high round count?

3) Are they controllable enough on full-auto for CQB/CQC applications, including counter-ambush use, where burst fire may need to be employed? This an important question, especially considering weapon weight(s) involved.

Well, we don’t know, yet, but we’ll try to glean some intelligence on this, ASAP–and get both weapons onto the range for a little T&E session. Bushmaster’s Director of Law Enforcement and Government Sales, Israel Anzaldua, did tell me that the guns are indeed reliable, when I asked him about this aspect, and I can tell you they were a true joy to handle. If they prove to be reliable, accurate, and controllable enough under the conditions outlined above, they might just be suitable for both Direct Action and PSD/Security operations. We’ll see. DefenseReview will also try to find out when Bushmaster plans to go into production on the two guns.

Now, here are the rest of the photos we shot at IACP 2005 Miami: 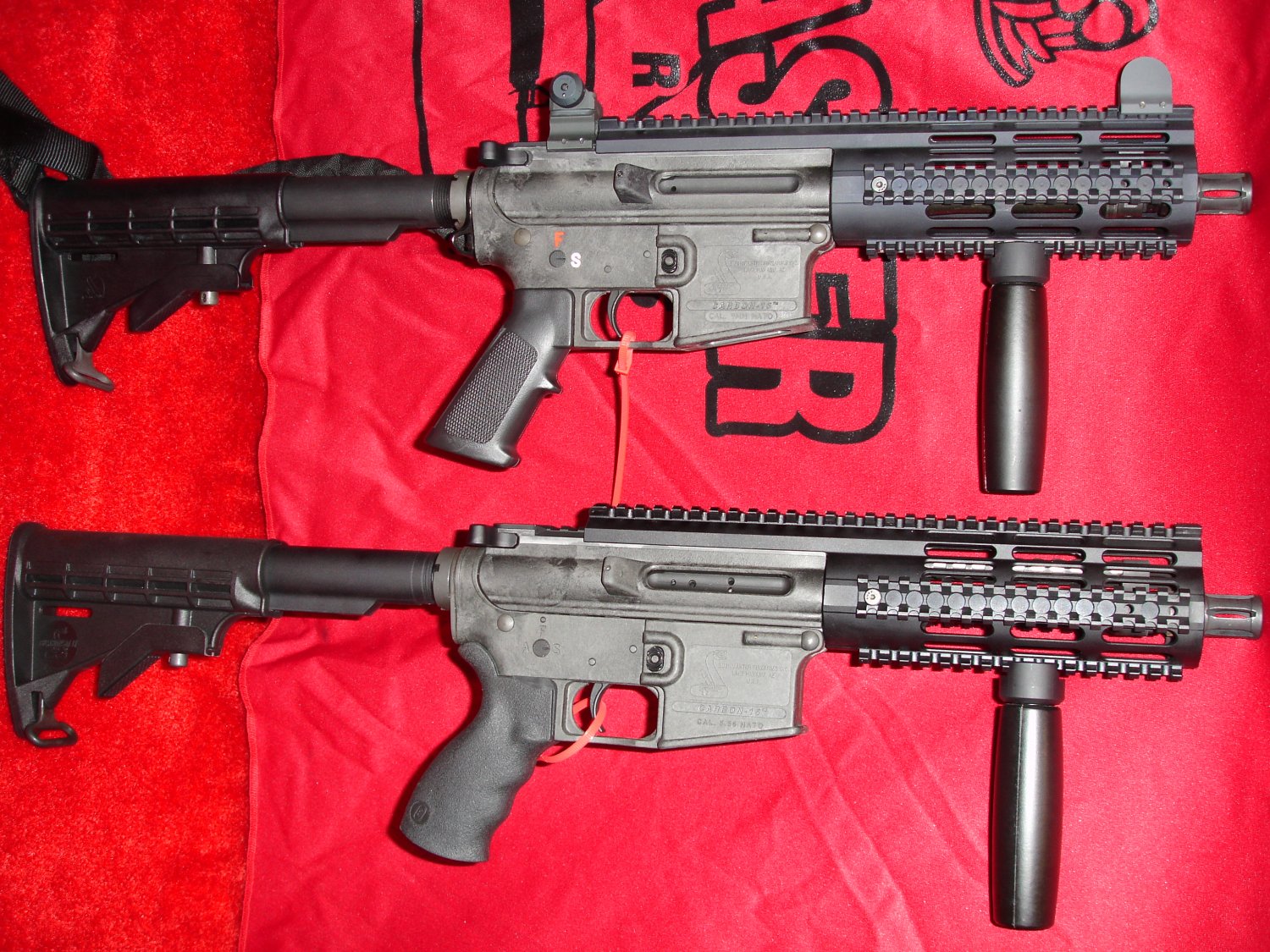 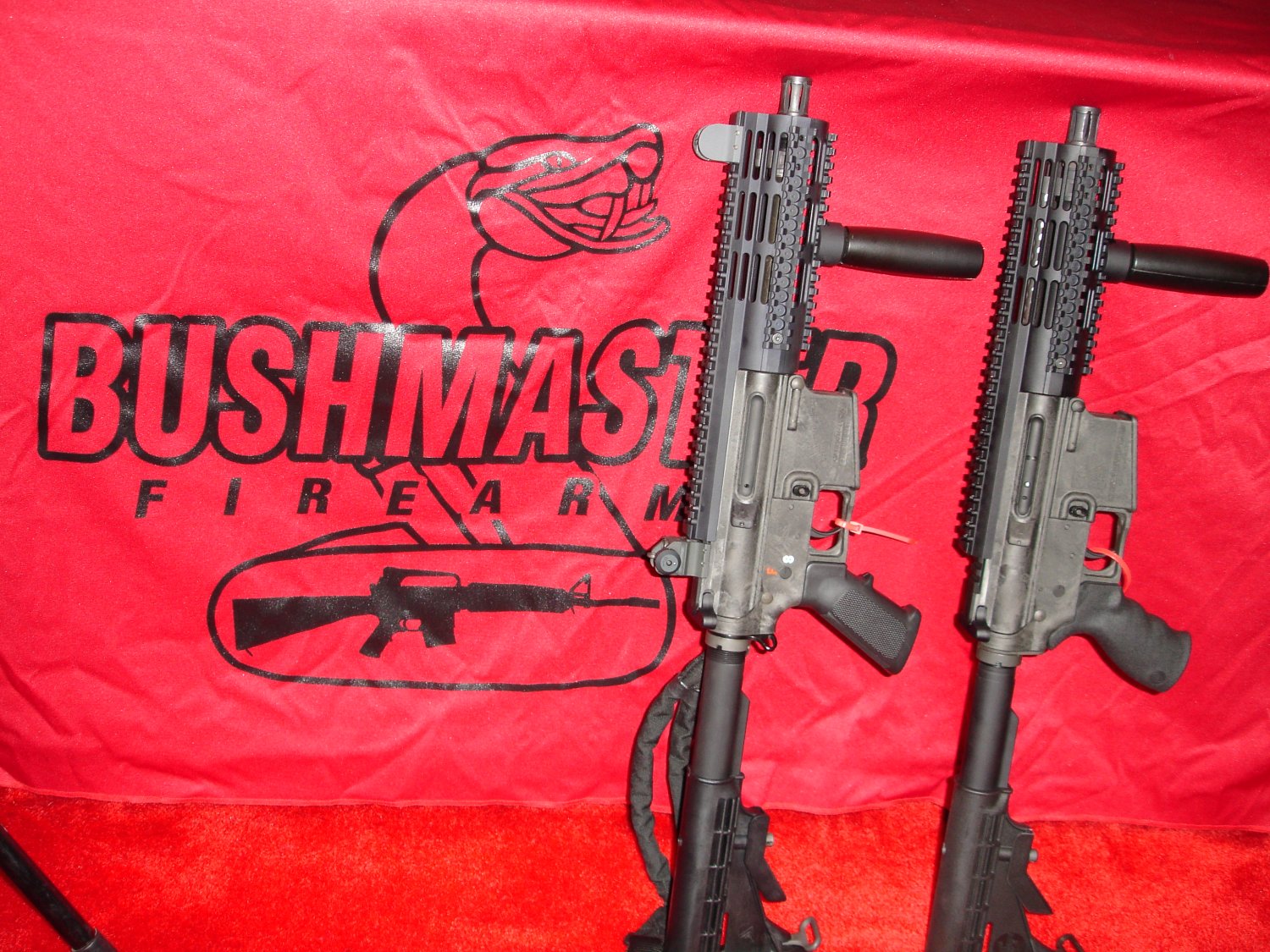 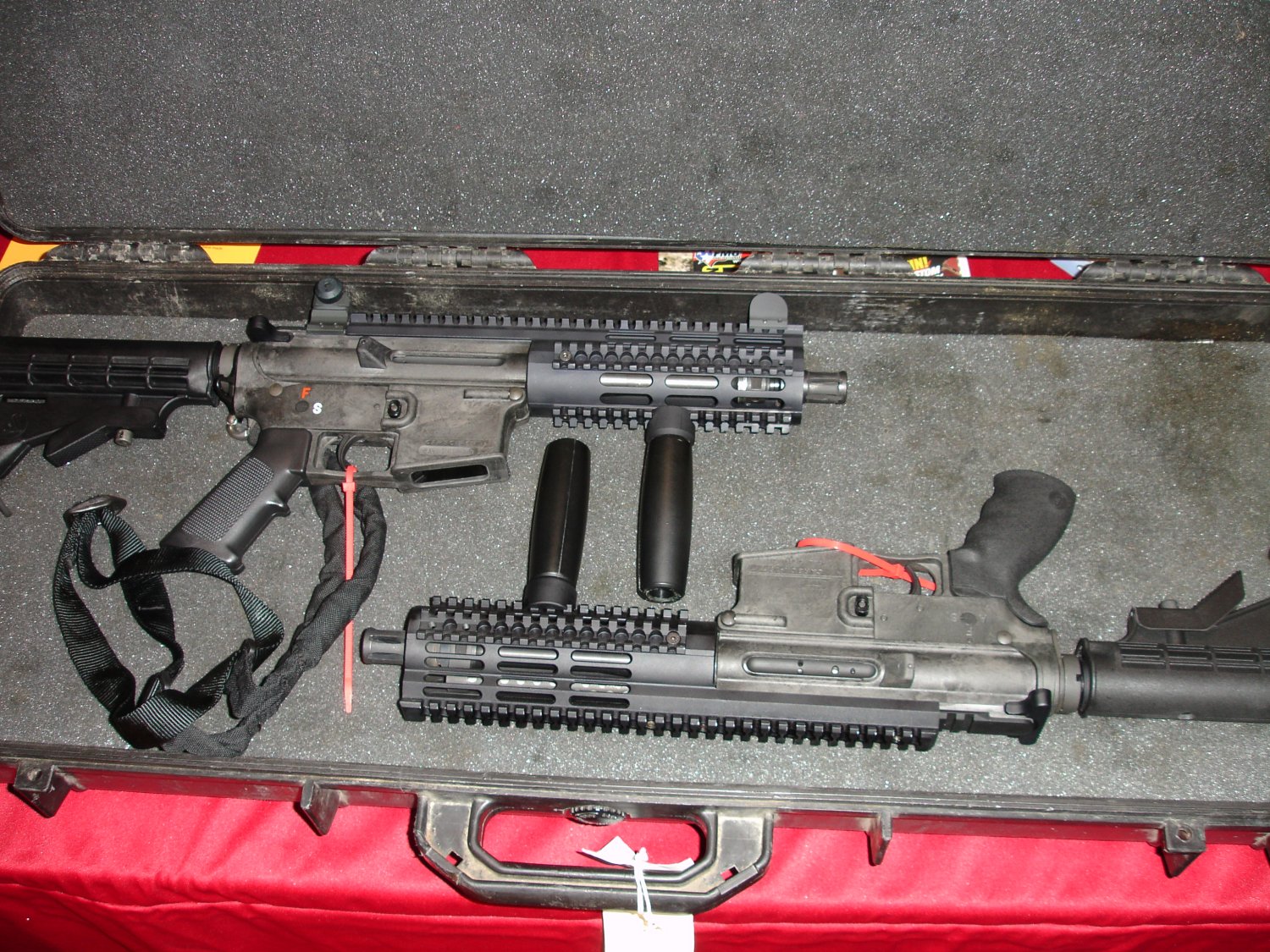 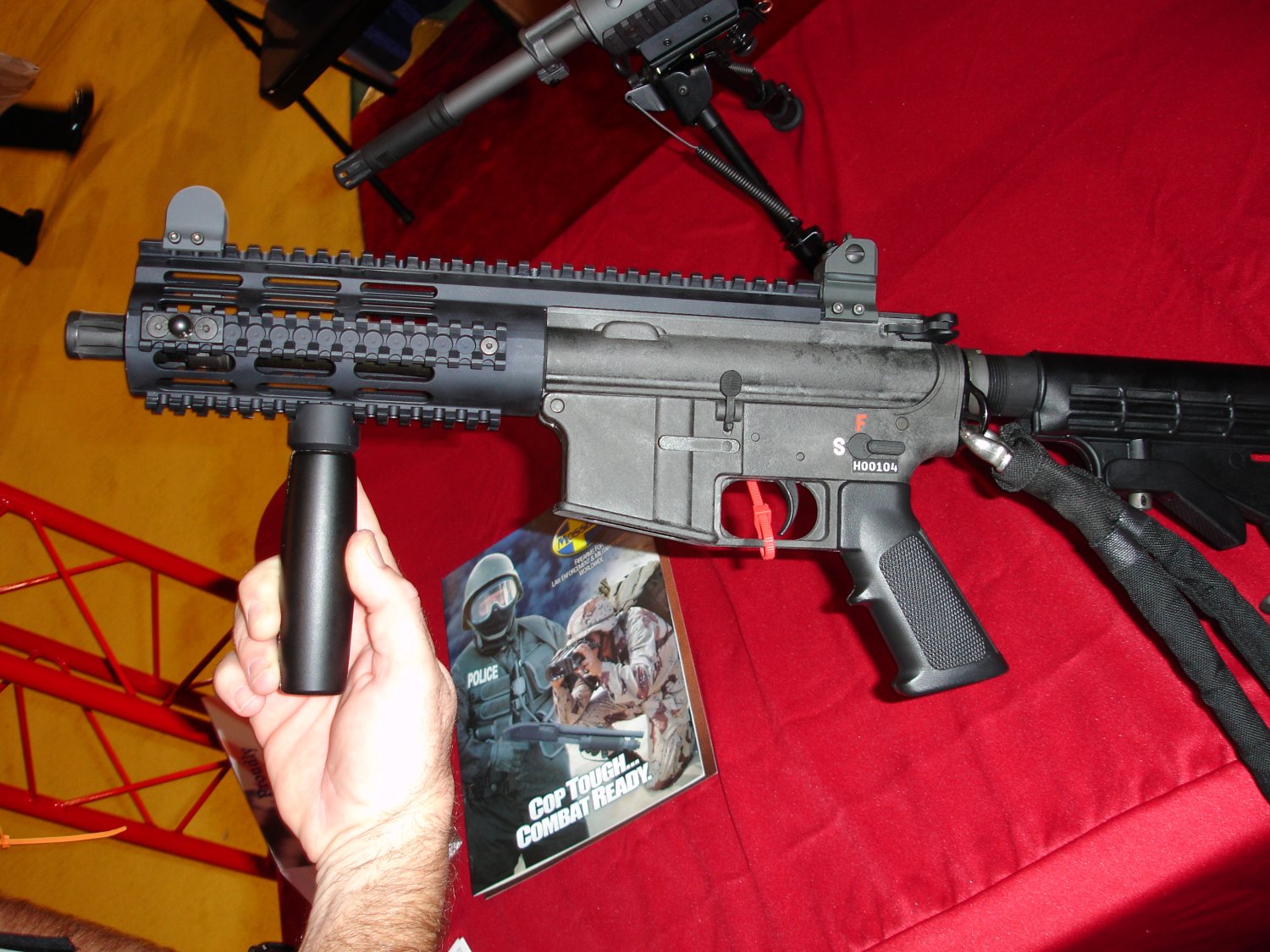 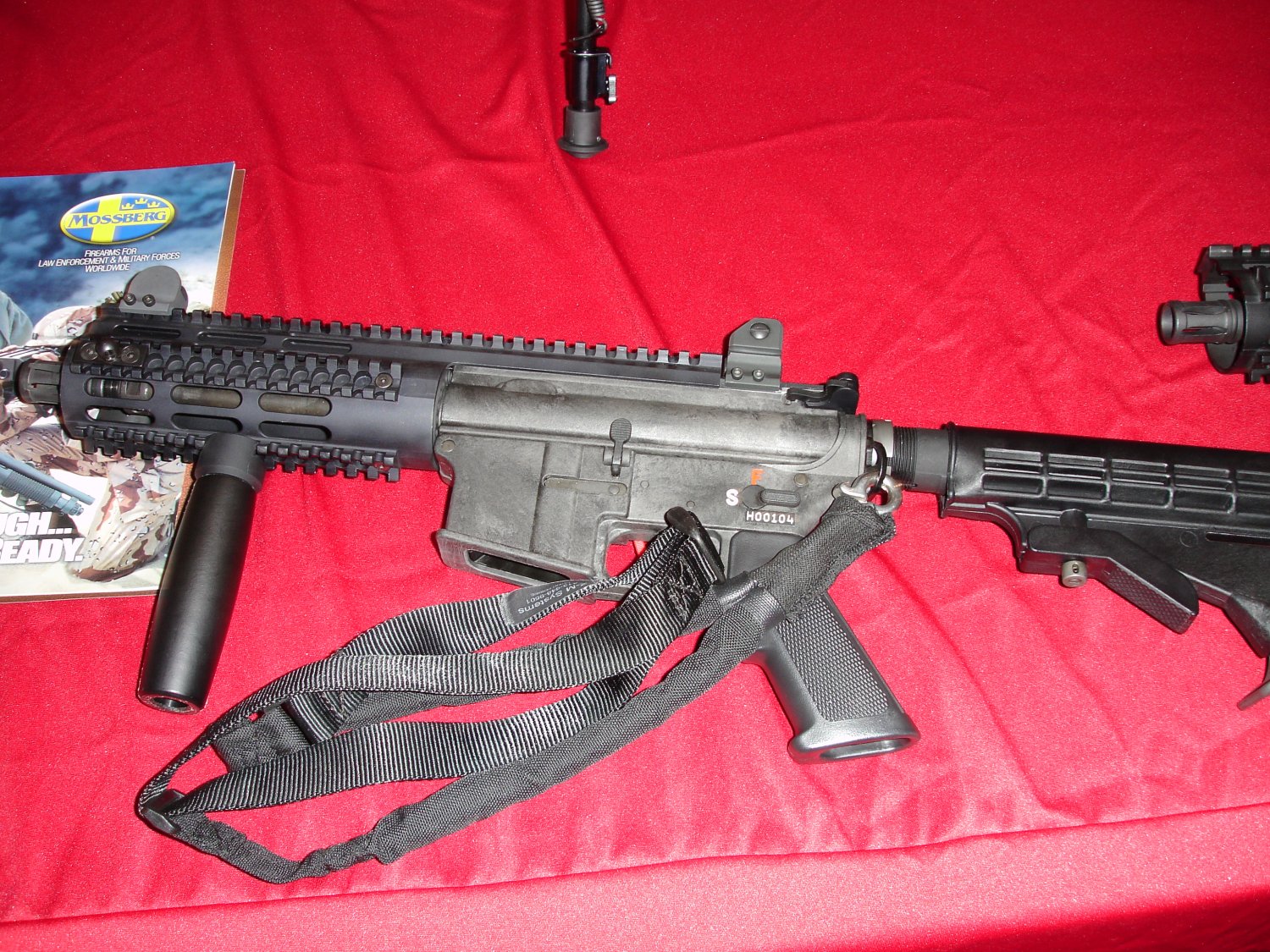 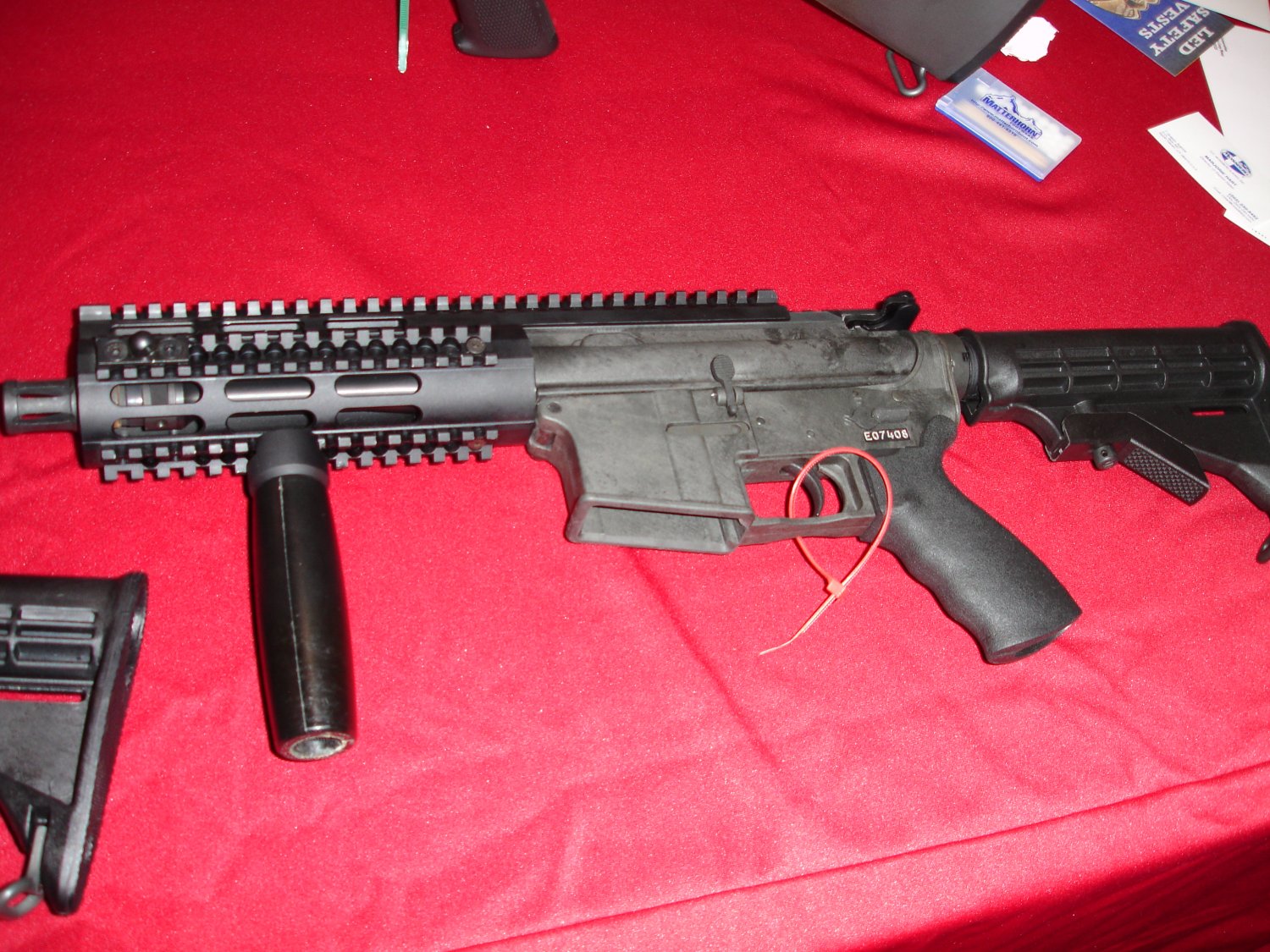 Military units and law enforcement agencies interested in learning more about the Bushmaster Carbon 15 select-fire 5.56x45mm subcarbine/SBR and 9mm submachine gun should contact Bushmaster Firearms’ Director of Law Enforcement & Government Sales, Israel Anzaldua, by phone at 207-892-3594, or toll-free at 800-998-7928. You can send Israel a fax at 207-892-8068. Or, you can email him at [email protected].
Click on this link to become a DefenseReview.com member.
Bushmaster Introduces Prototype 5.56mm Subcarbine/SBR and 9mm Subgun at IACP by David Crane

David Crane started publishing online in 2001. Since that time, governments, military organizations, Special Operators (i.e. professional trigger pullers), agencies, and civilian tactical shooters the world over have come to depend on Defense Review as the authoritative source of news and information on "the latest and greatest" in the field of military defense and tactical technology and hardware, including tactical firearms, ammunition, equipment, gear, and training.
Previous Smith & Wesson M&P (Military and Police) Pistol Debuts at IACP 2005 Miami (Pics)
Next Super Vest! Is this the Next Generation of Soft Body Armor?