All photographic images contained in this article were taken by
DefenseReview.com, and are the exclusive property of
DefenseReview.com. DefenseReview.com owns the copyright on these
photos. All photos were shot with an Olympus Stylus 790 SW 7.1-megapixel digital camera, which is advertised as "shock + waterproof".

When most people think about lasing a target, they think in red. Red lasers have dominated the tactical weapons laser business since its inception. However, a company called Viridian Green Laser Sights, a subsidiary of Laser Aimings Systems Corporation (LASC), has gone green, making green laser sights (and laser sight/white light illuminator combos) as opposed to red ones, and thus separating themselves from the rest of the pack, which includes more well-known and established companies like Insight Technology (a.k.a. Insight Tech Gear) and Laser Devices, Inc., both of whom market red laser sights. That being said (or written), Surefire has been experimenting with green laser sights in an R&D capacity for rifles and shotguns for years.

DefenseReview got the opportunity to handle and examine Viridian green laser sights/targeting lasers and laser/white-light combos at Viridian’s booth at SHOT Show 2008. While we were there, we spoke with Brian Hedeen, President/CEO of Virdian, who took us through…

Defense Review plans to put in a call to Mr. Hedeen before the upcoming SHOT Show 2009 to find out if they’ll be introducing a line of laser sights for tactical rifles and/or shotguns at the show. It’s DefRev’s opinion that they should definitely do this. Laser visibility and brightness become even more of an issue at longer ranges (rifle distances), and rifles and shotguns deserve laser sight options just as much as pistols do. A laser sight makes a good redundant sighting system to a rifle’s or shotgun’s combat optic, and also allows you to accurately target the enemy/opponent without having to shoulder your weapon, enhancing your peripheral vision during combat. 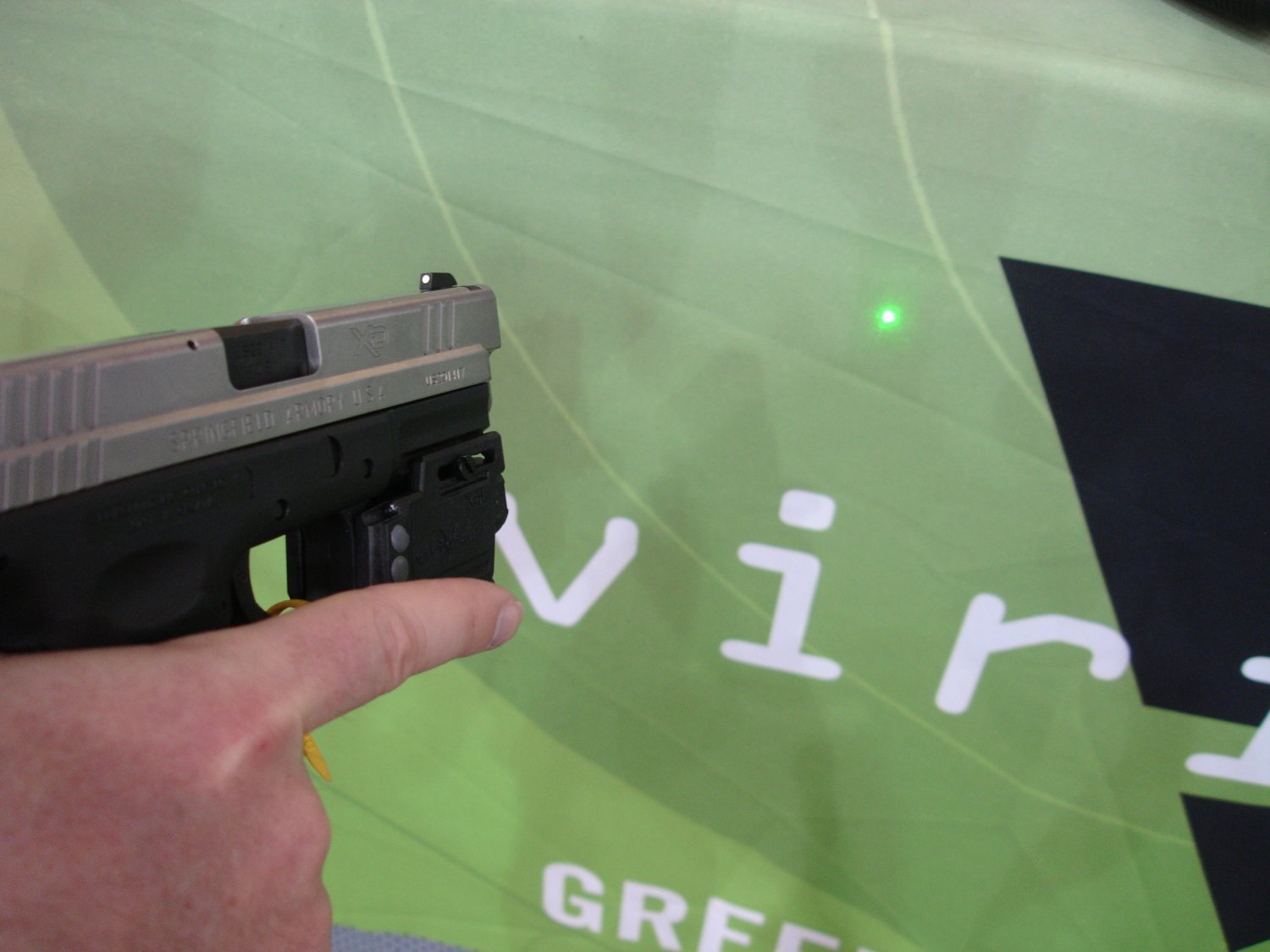 So, why green? Well, why not? But seriously, the reason for green is that the color green is more visible to the human eye than the color red, and green lasers are significantly brighter. Green is more visible to the human eye because green, at 532 Nanometers (532nm) is closer to the center of the visible light spectrum than red, which comes in at 635 Nanometers (635nm). Viridian company literature clames that a green laser "can appear as much as 50 times brighter than the red equivalent" and "is the ideal wavelength to maximize visibility during day or night". A green laser sight can therefore be utilized more effectively during the day. Viridian Green Laser Sights are true daylight laser sights, not just your everyday, run-of-the-mill laser sights.

Plus, green just looks cool, and in Defense Review’s opinion, is more ominous and intimidating, especially since it appears to be so much more powerful (i.e. brighter) than a red laser. 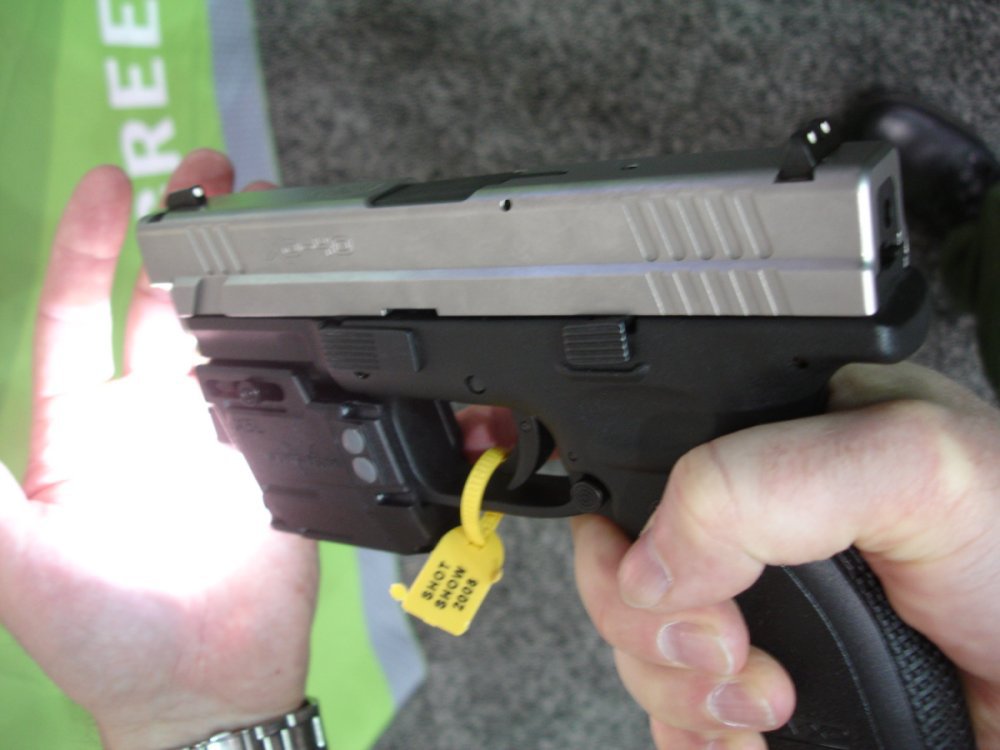 And, just in case that’s not enough to sell you on them, Viridian Green Lasers are also the first laser sights to be equipped with SMARTLASER technology, which was developed with input from local (to Veridian) SWAT teams to "offer the most versatility and functionality ever before seen in a laser sight". So, what’s so smart about them? Four laser modes, automatic power shut-down, and a low-battery indicator.

Automatic power shut-down occurs after approximately ten (10) minutes after a brief warning period, unless you press either activation button, which resets the power-down timer. The low-battery indicator will cause the Viridian unit to to blink approximately every ten (10) seconds. 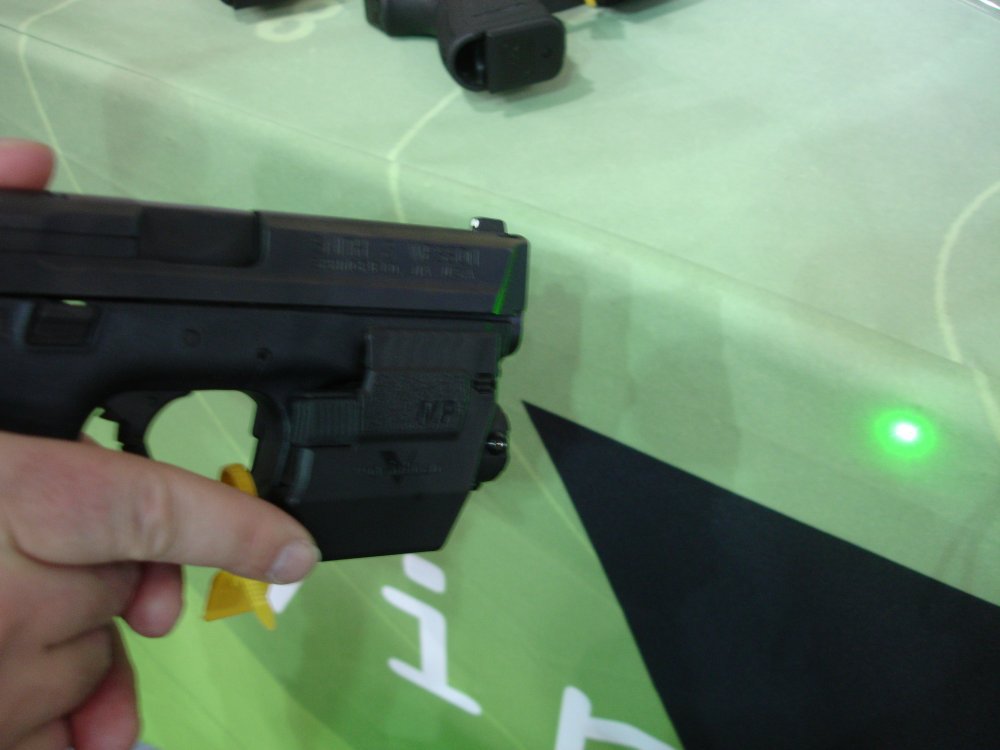 A laser creates a unique combination effect: Most importantly, it shows the would-be attacker exactly where the bullet is going to go if he continues the assault. It has the added secondary benefit of giving the assaultee more confidence, which could possibly also play a role in making the attacker second-guess his previously violent intentions. Both of these aspects together are more likely to lead to the bad guy calling it quits, than if you didn’t have the laser. A bad guy stopping the attack before you have to shoot him will always pay huge dividends for you, the good guy. If the guy backs off and you no longer have to use deadly force, you’ve just avoided a gigantic legal problem, irrespective of whether or not you were justified in your actions. Make no mistake–if you kill or injure someone, even in a justified self-defense scanario, your life is going to be severely disrupted in multiple ways, not the least of which is your having to deal with our wonderful court system, if only in the civil variety. I say that’s reason alone to go the laser route. 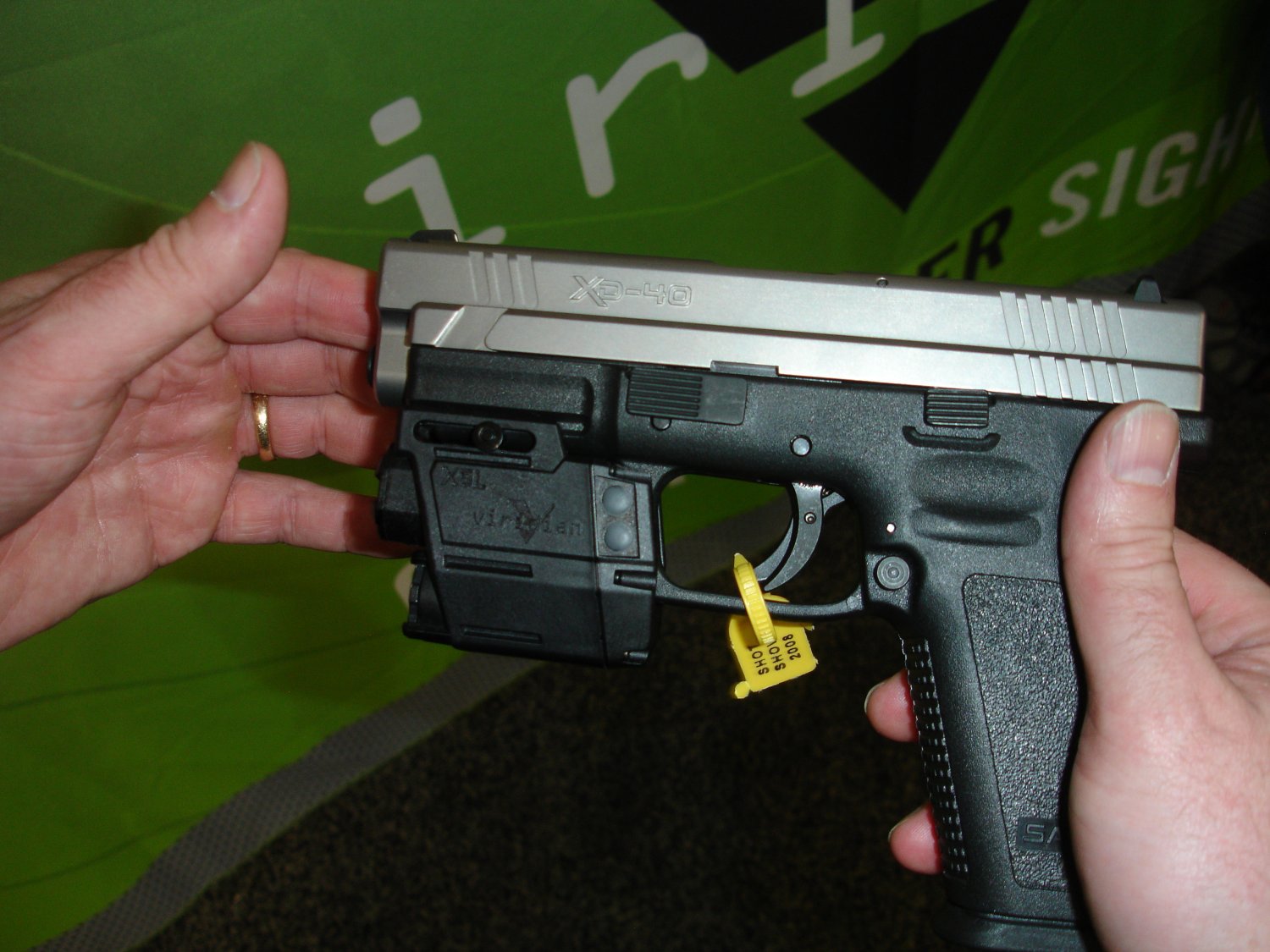 Remember, anything that mitigates or even obviates the need to shoot someone, even in self-defense, even if they’re a really bad person bent on your destruction, is a good thing. Better to let the bad guy walk away none the worse for wear then spend the next several years of your life in court, or worse (like spending the next decade or more in prison). This is the primary reason why I now really like the idea of laser-equipped carry guns(even though I don’t currently have one on my carry Glock 19 that goes with me everywhere down here. I’ll eventually get around to it).

To the above, I’d like to add that I think a laser sight can offer some training benefits, if utilized properly.

DefenseReview will attempt to get a Viridian GLK for T&E on one of our Glock 19 (G19) pistols, soon.  In the meantime, if you’re looking to outfit your tactical pistol with a laser sight, DefRev would recommend that you check out Viridian Green Laser Sights.  Viridian’s definitely a company to watch.

UAE Caracal Pistol Series (Caracal F and Caracal C): Where are they?

David Crane started publishing online in 2001. Since that time, governments, military organizations, Special Operators (i.e. professional trigger pullers), agencies, and civilian tactical shooters the world over have come to depend on Defense Review as the authoritative source of news and information on "the latest and greatest" in the field of military defense and tactical technology and hardware, including tactical firearms, ammunition, equipment, gear, and training.
Previous TravelChair Portable Folding Lounge Chairs for Tactical Travel Applications
Next Lockheed Martin/EEStor Power-Integrated Body Armor for Infantry Warfighters